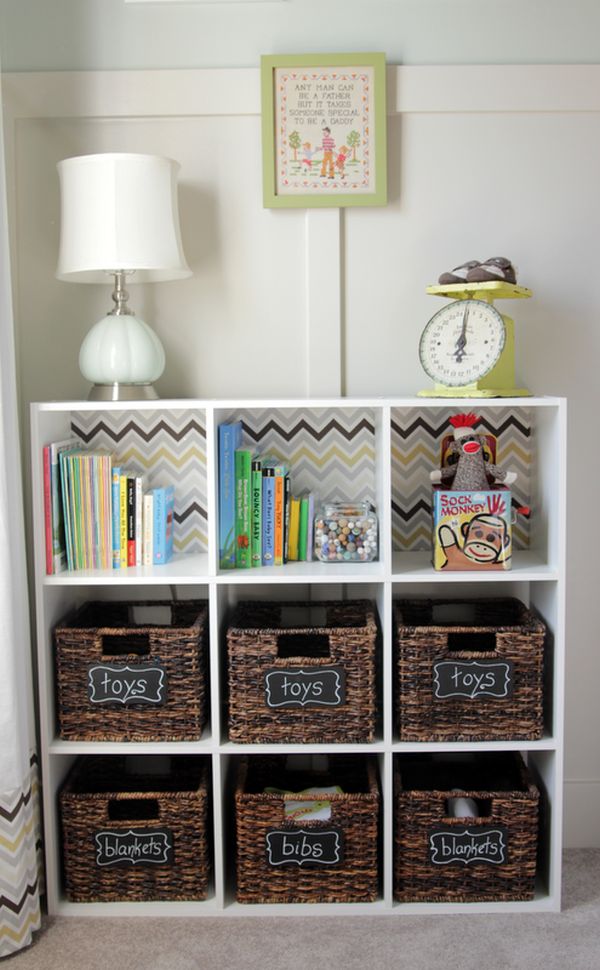 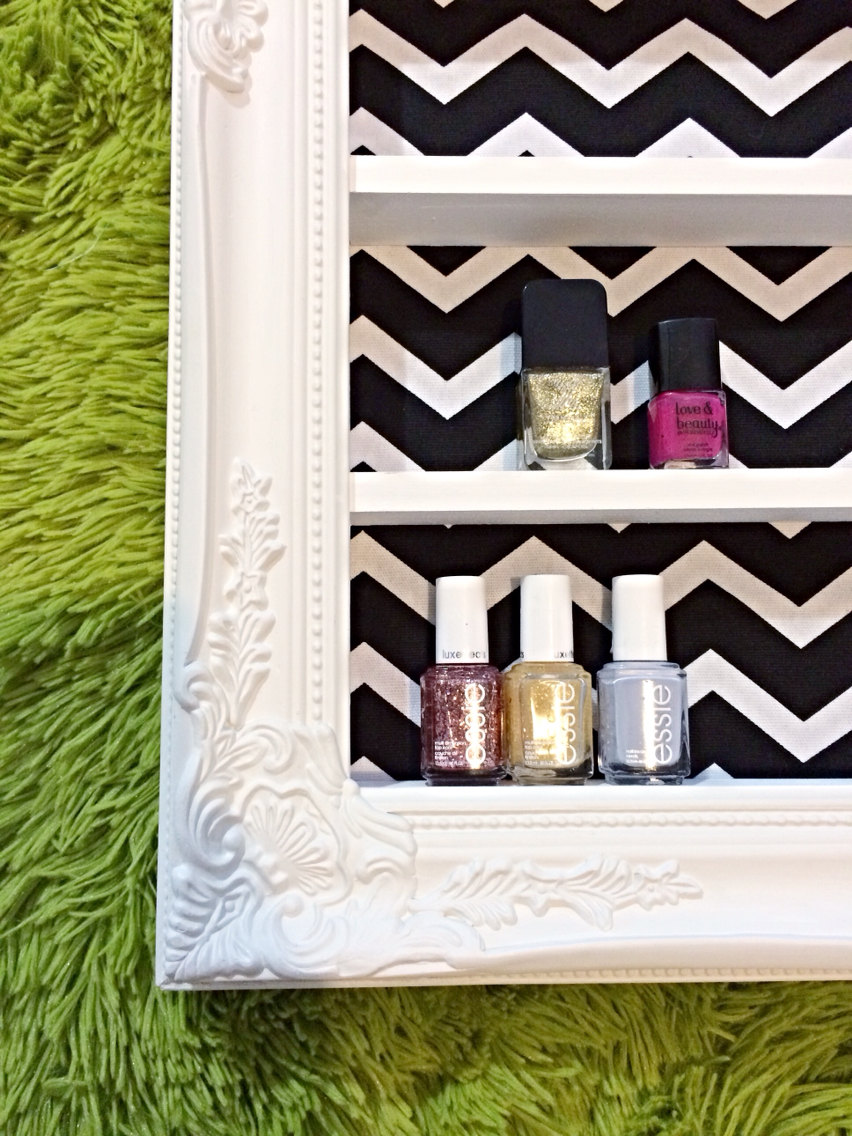 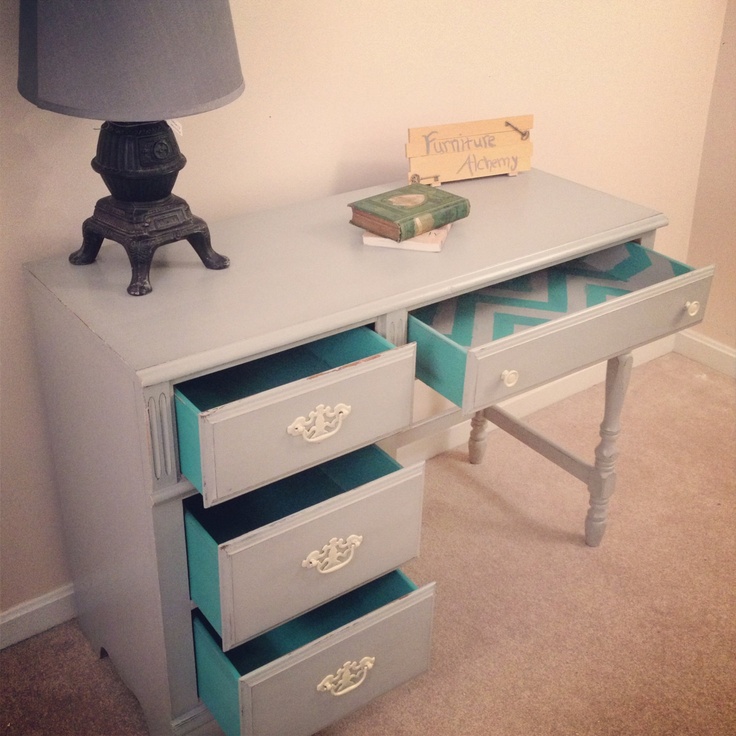 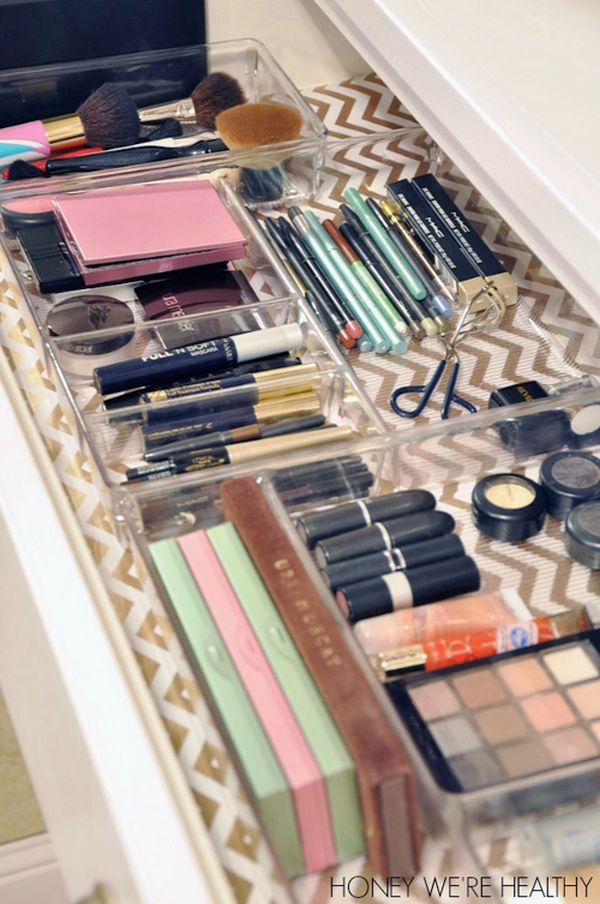 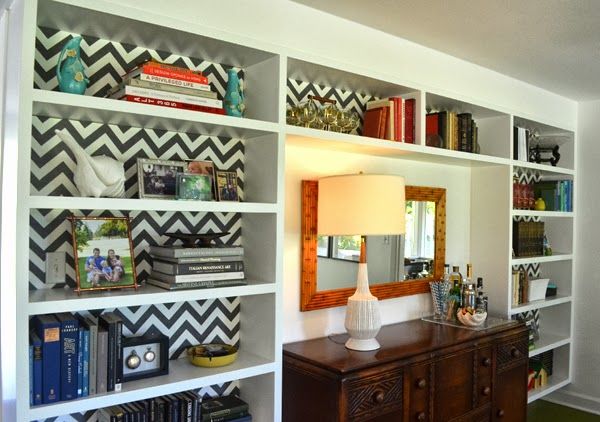 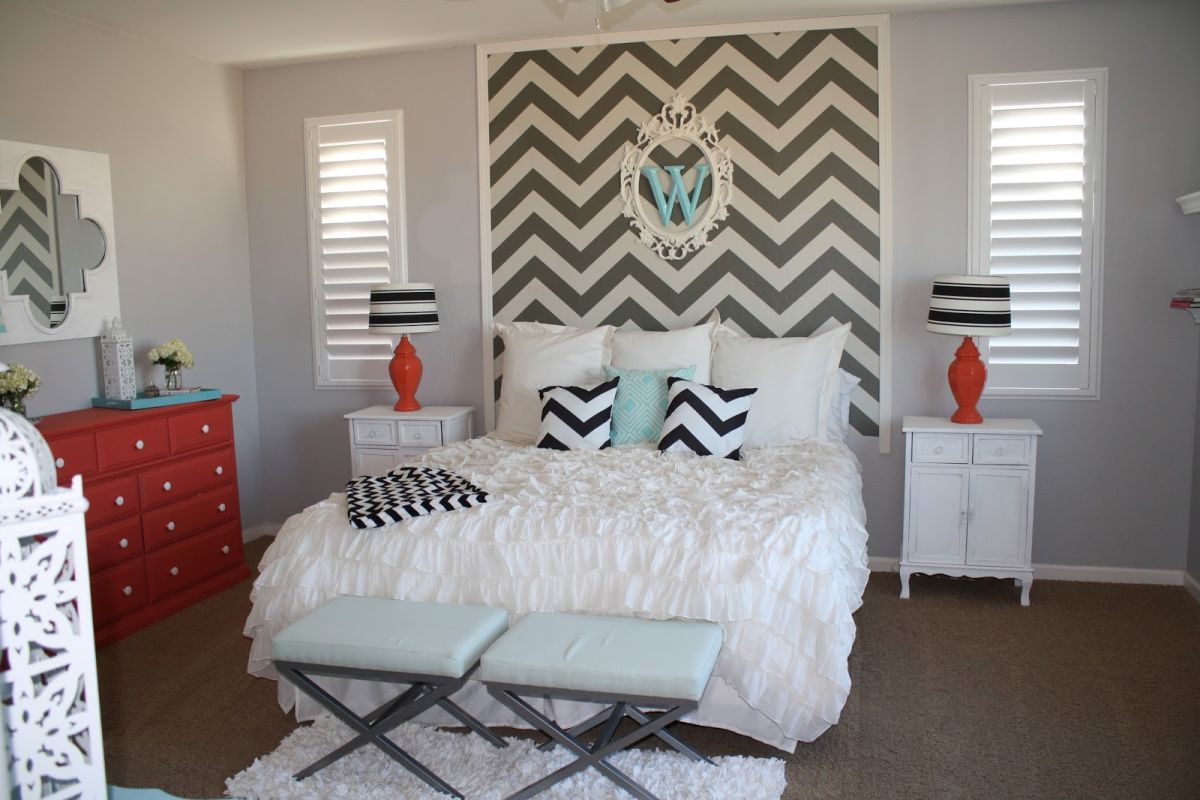 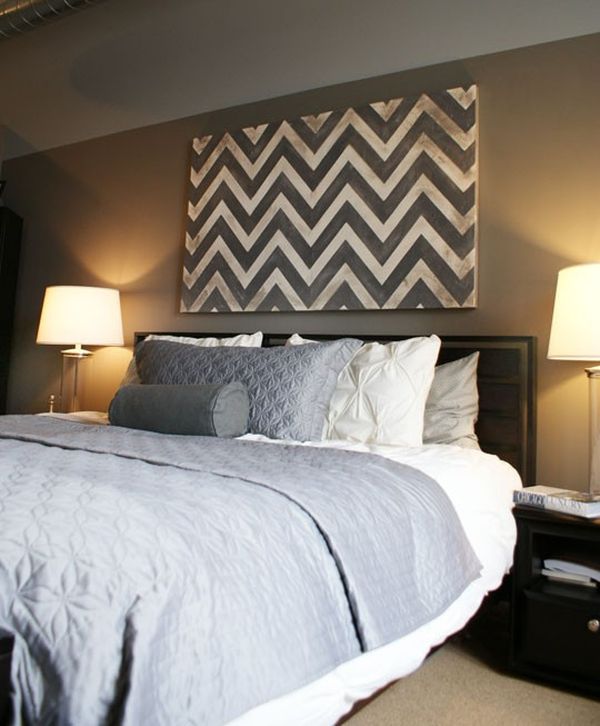 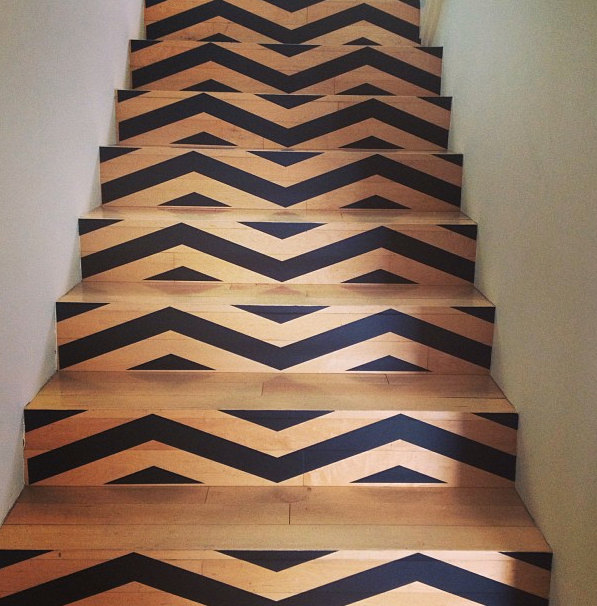 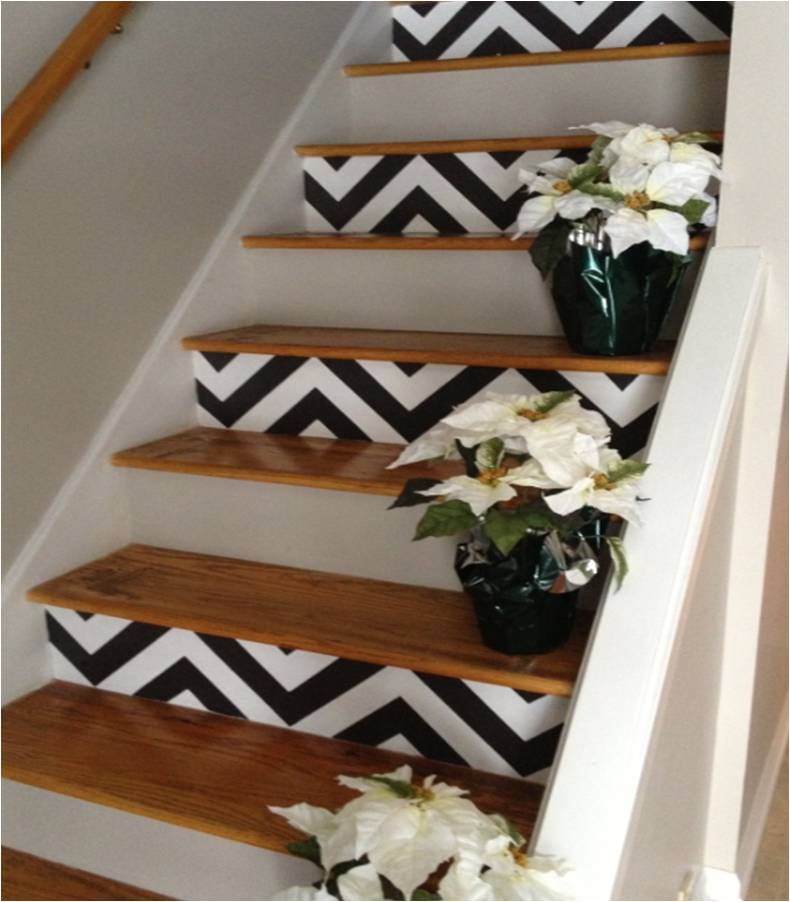 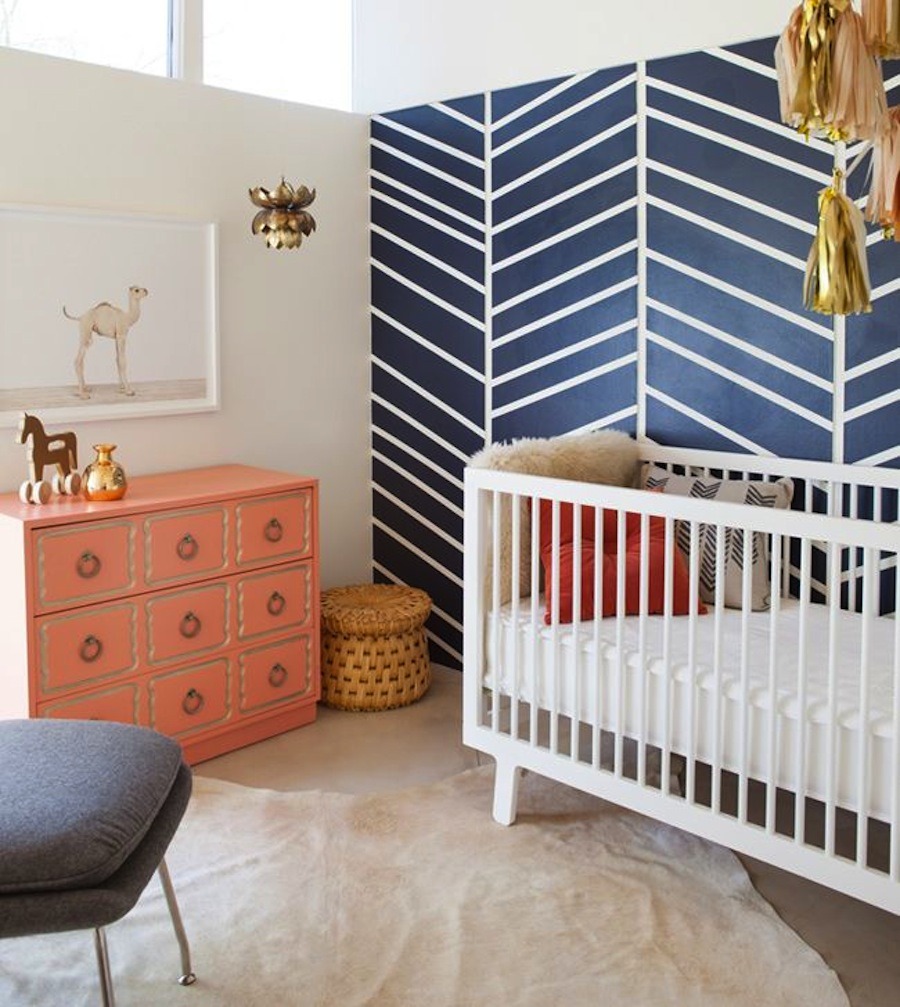 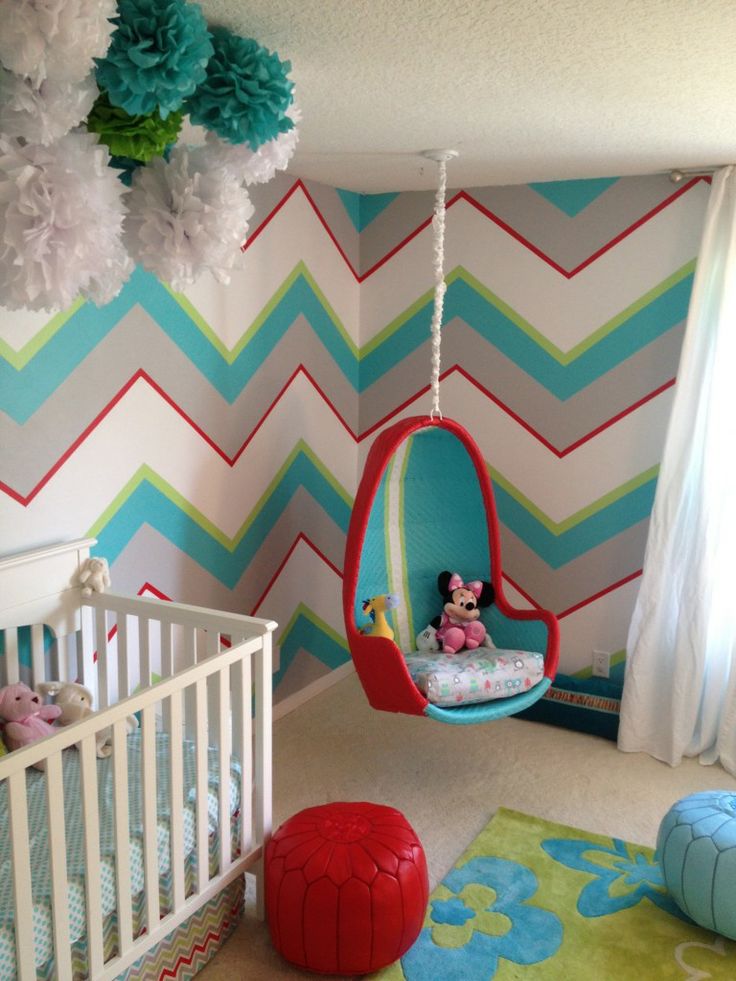 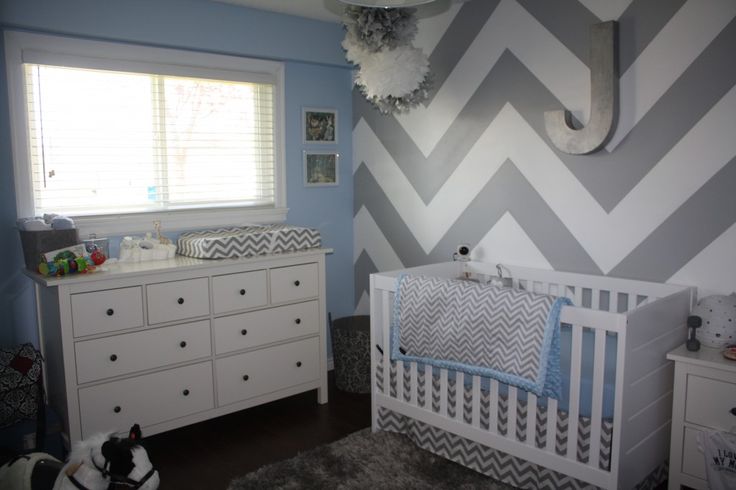 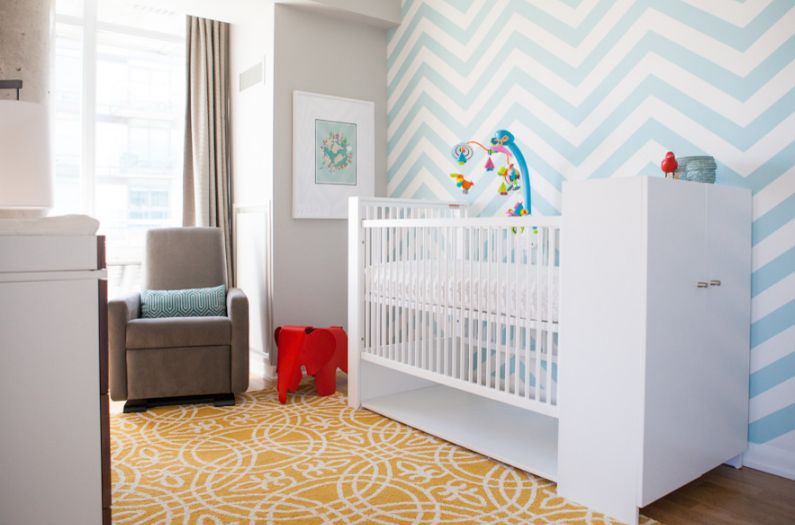 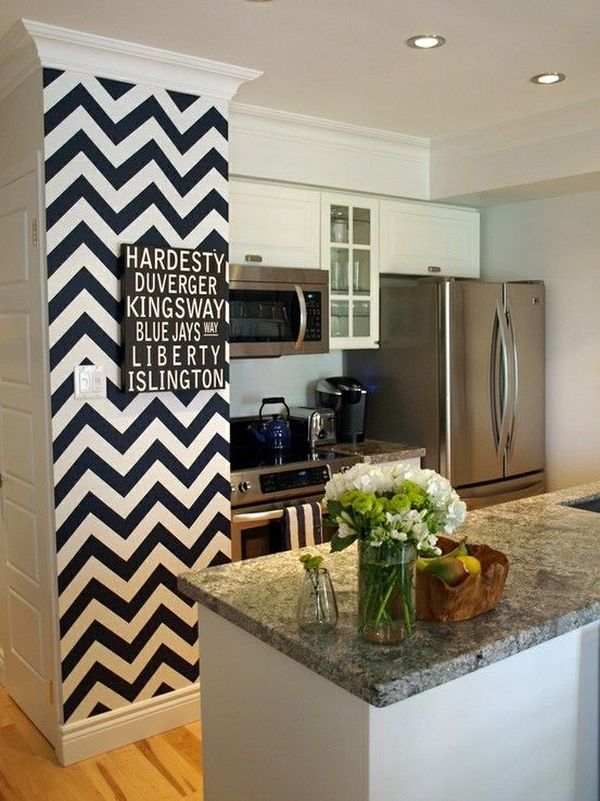 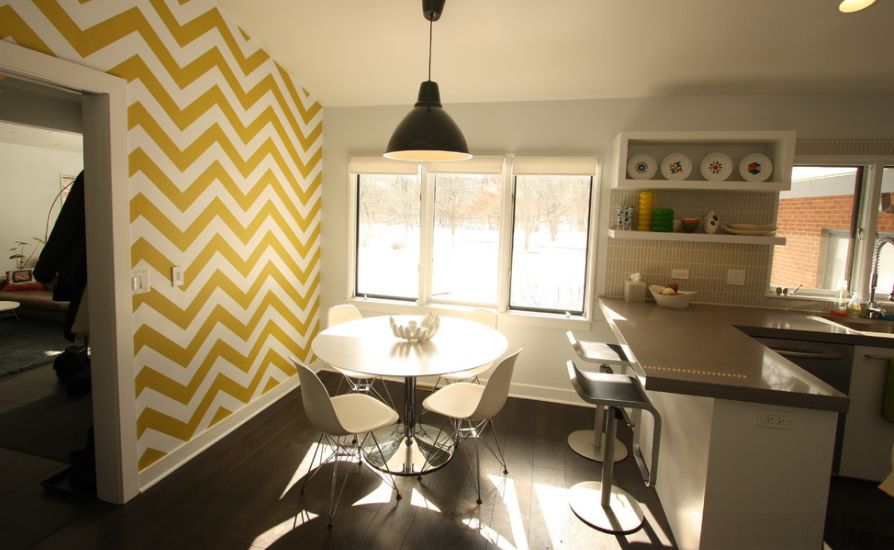 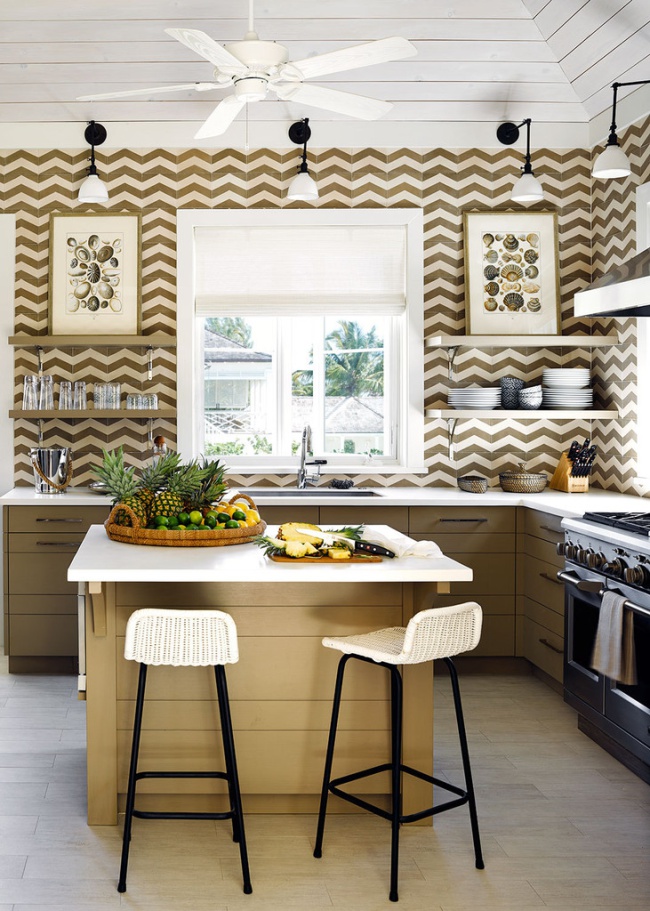 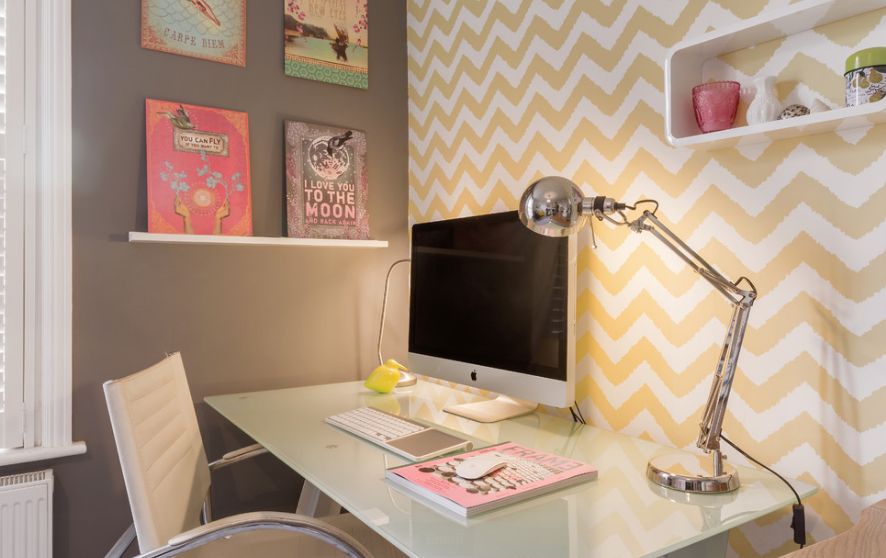 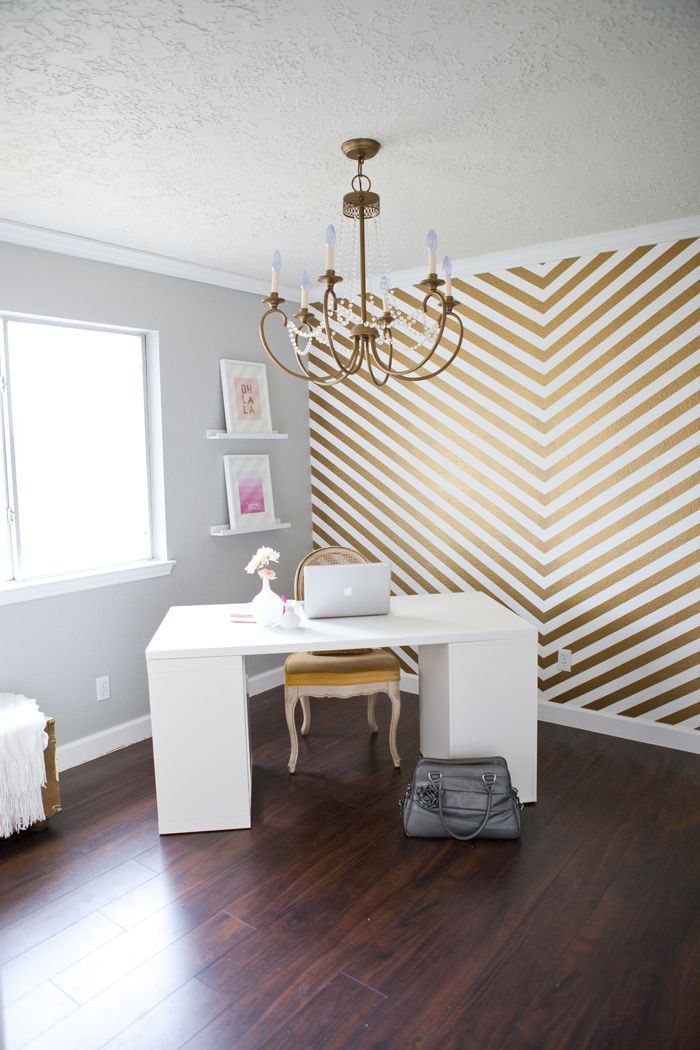 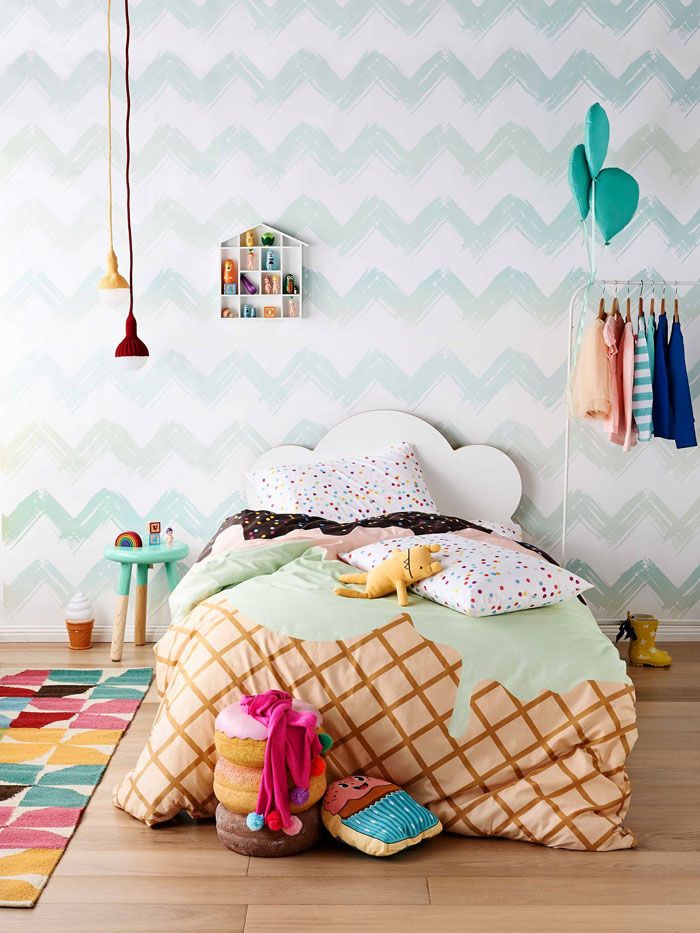 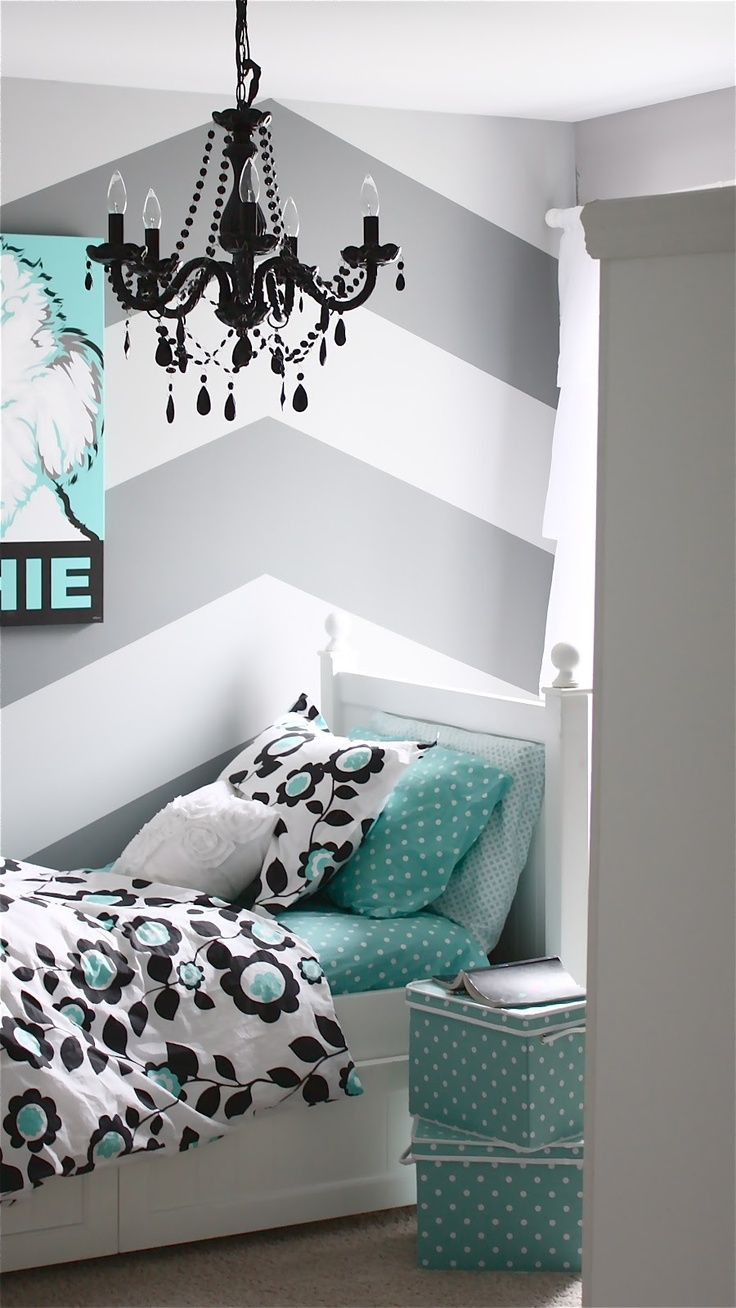 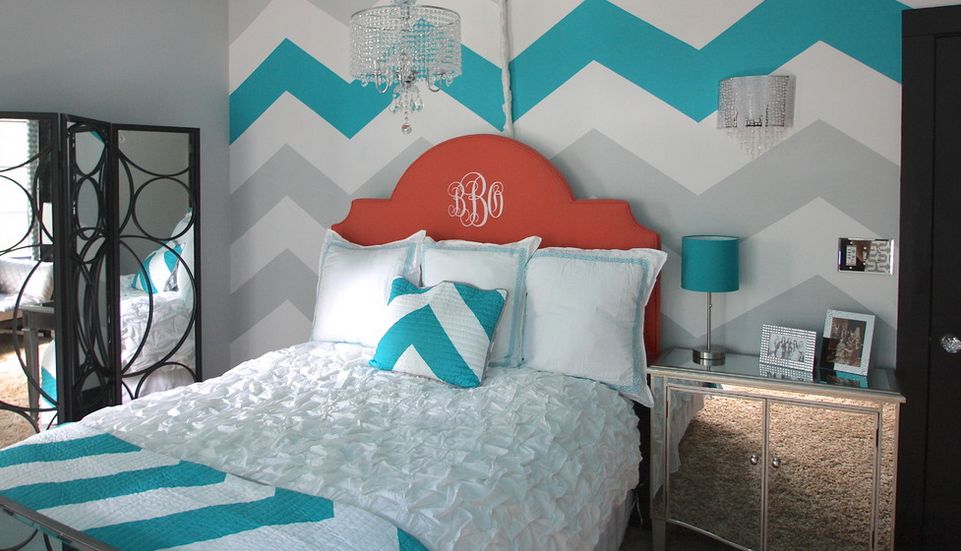 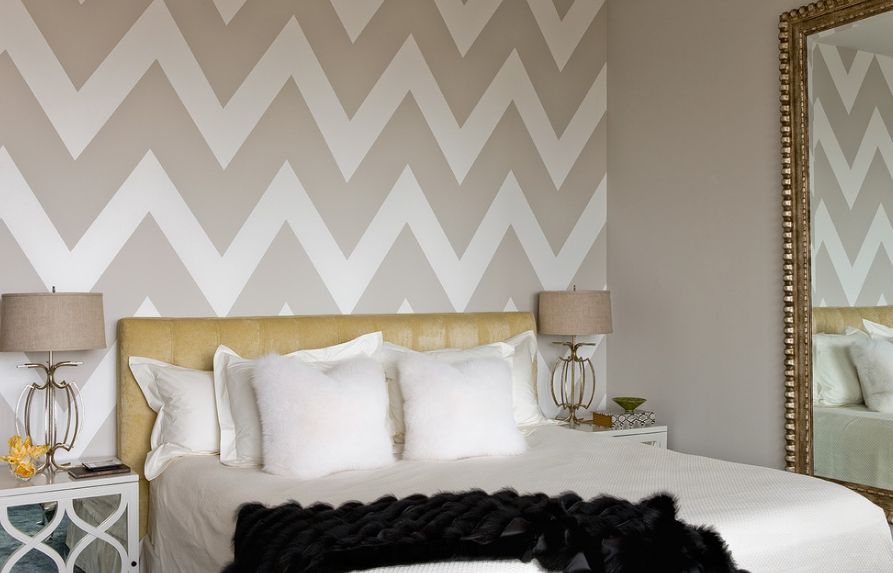 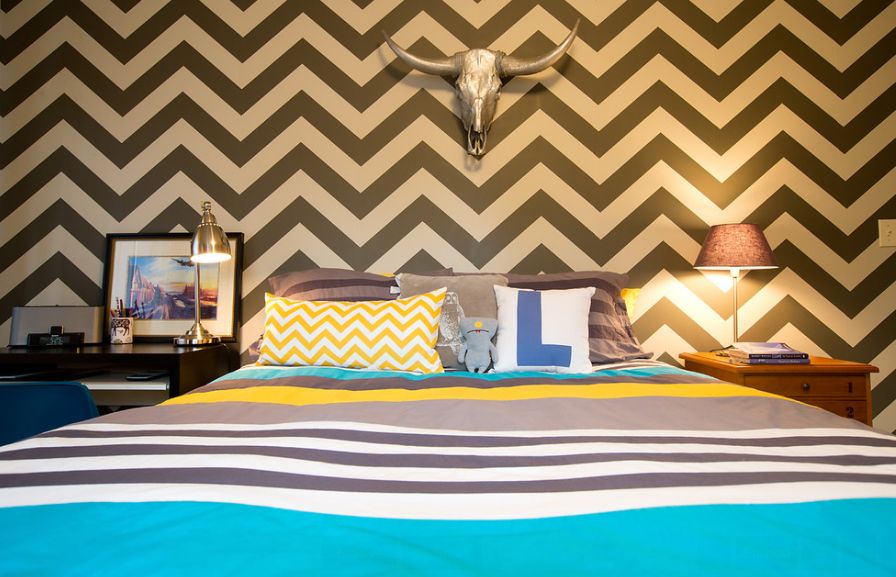 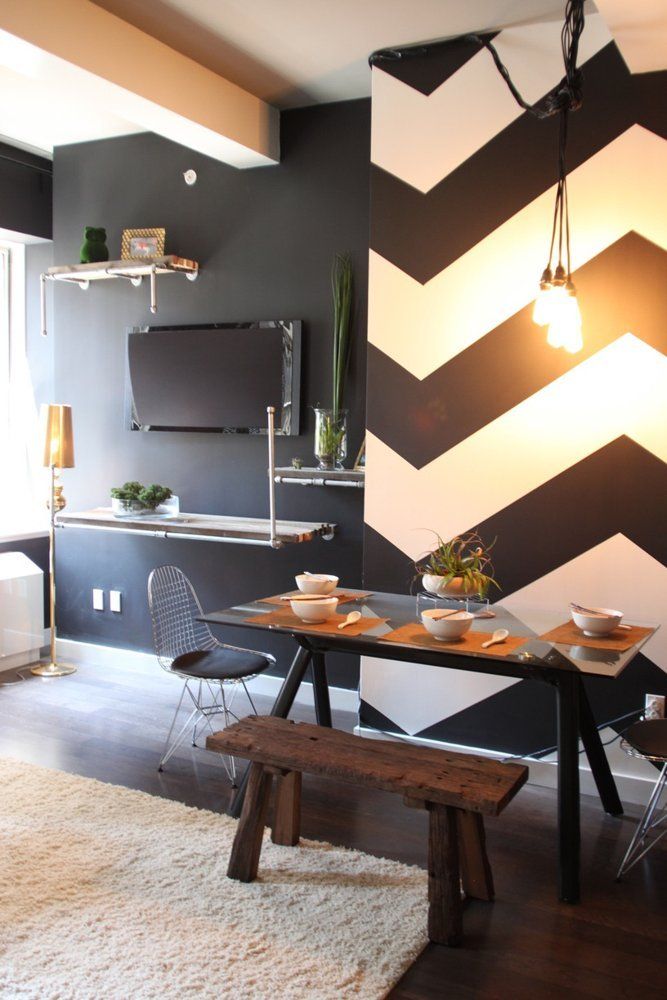 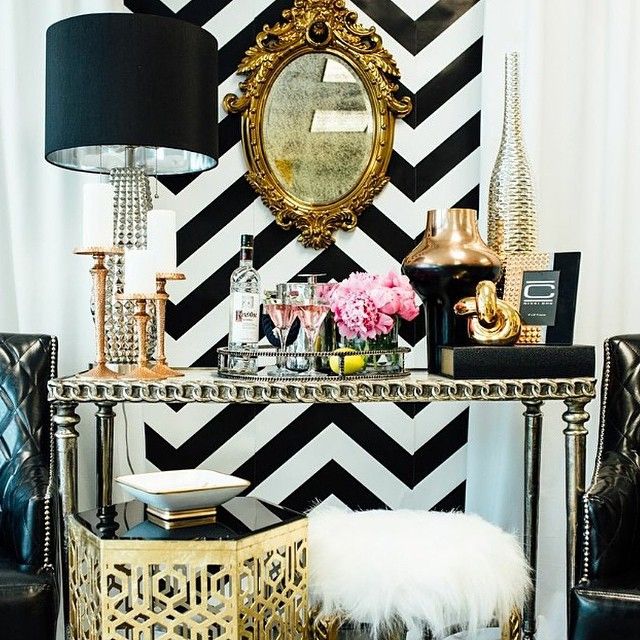 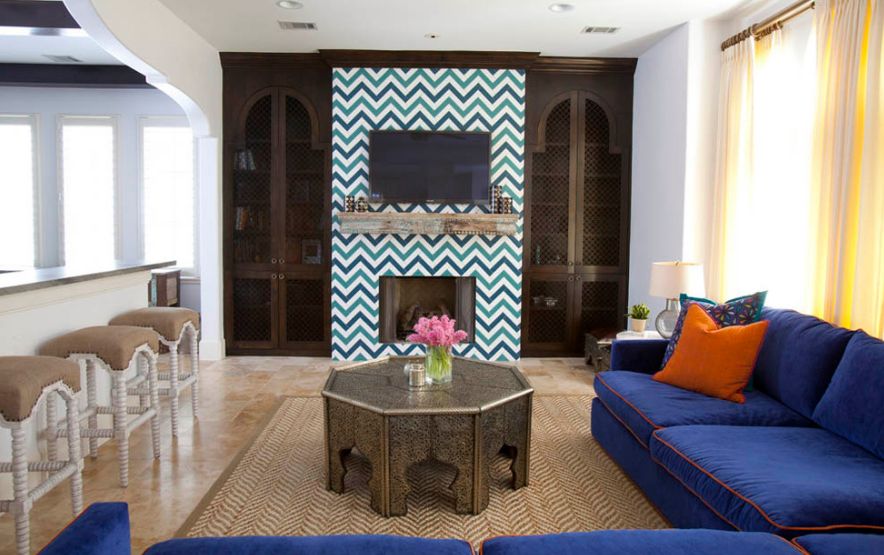 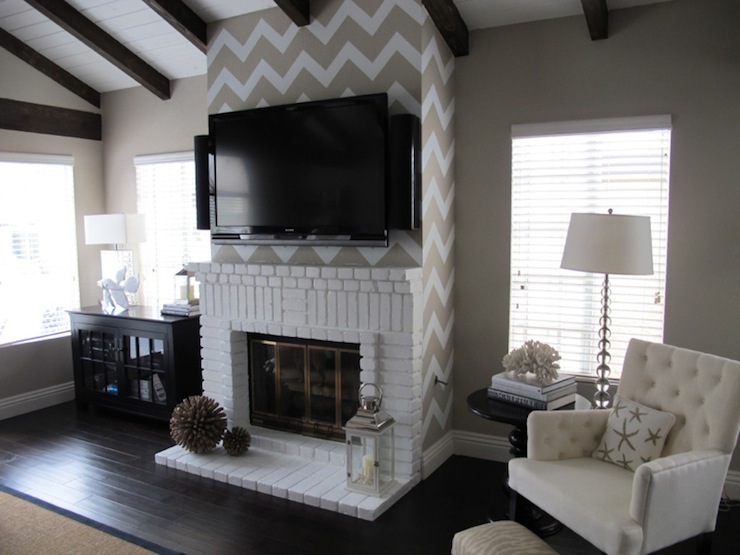 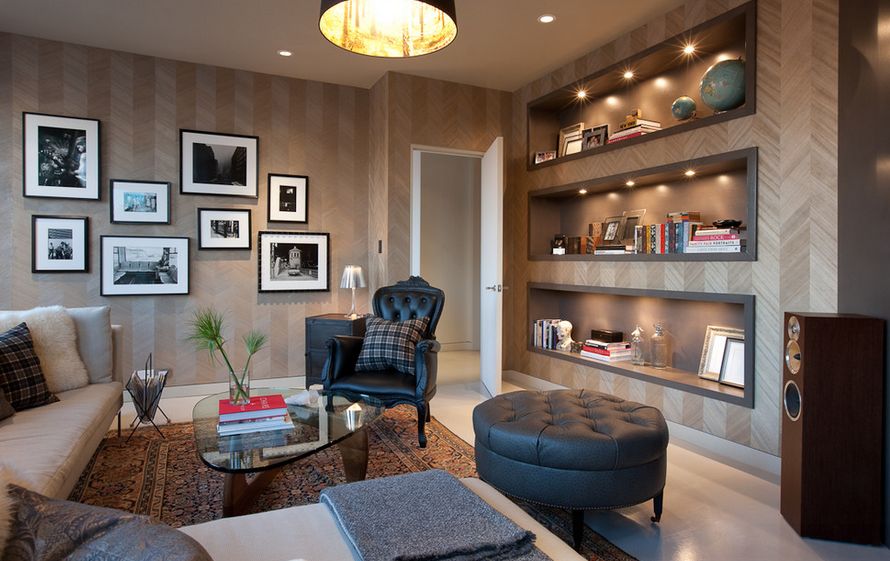 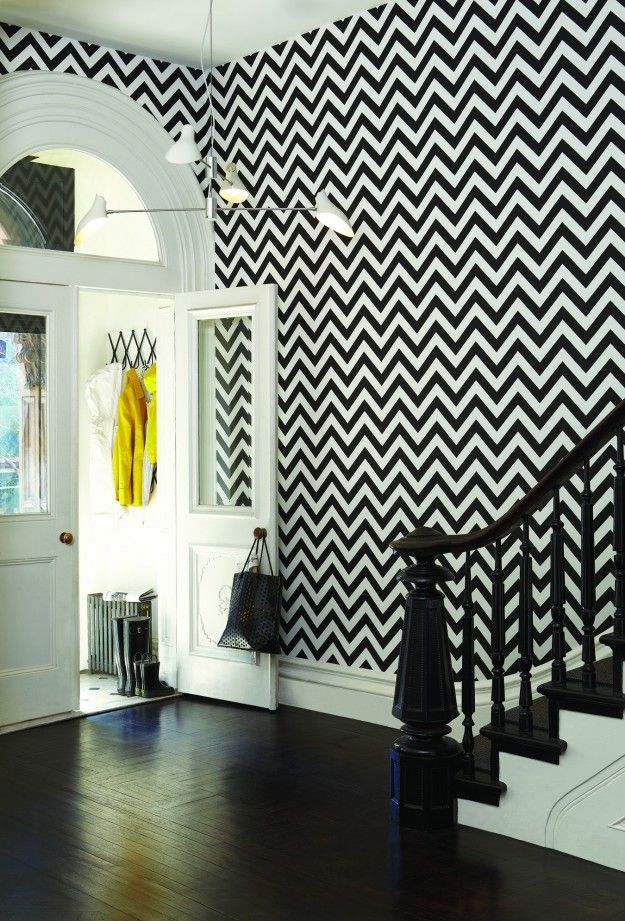 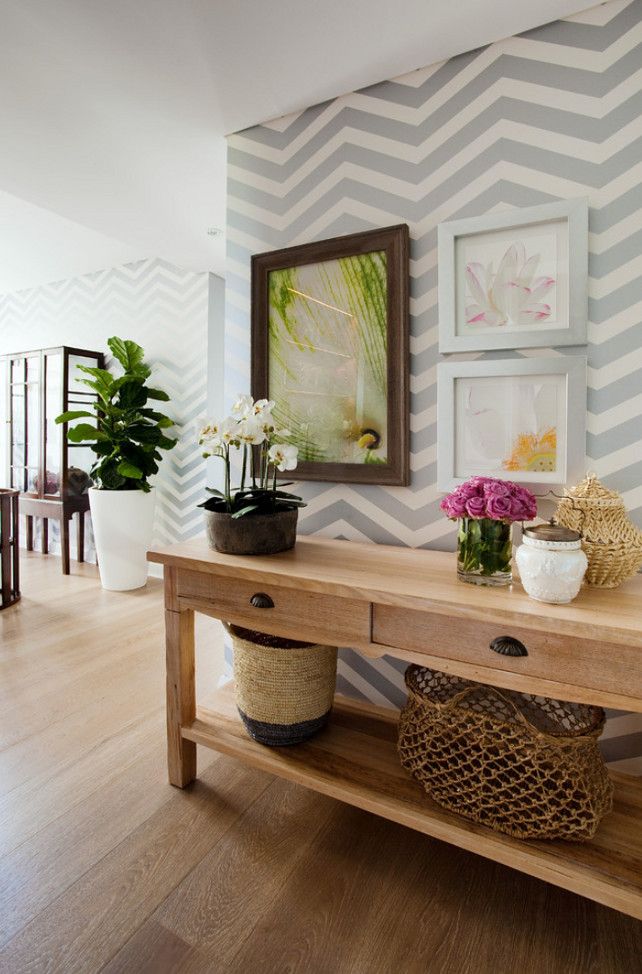 It’s difficult to piece together the history of wallpaper because it’s so fragile and easy to replace and yet we consider the chevron pattern a classic. Very few old pieces have survived and they can now be seen in museums. There have been divergent oppinions from the start. Some considered wallpaper to be attractive, clean and durable while other regretted the fact that it replaced other methods of wall-decorating. The first wallpaper designs had repetitive patterns and this is partially why we look at herringbone or chevron patterns as being timeless and classic. Let’s explore a few of the ways in which chevron wallpaper can be used in interior design these days.

We’ll start with the entryway because this is the area that creates the first impression of a home. In here, chevron-patterned wallpaper can be used to create balance in the sense that it comes as a classic element in a décor that includes a variety of contrasting details.

Yet there’s also the possibility that, given the combination of colors, the wallpaper stands out and takes over the décor. For example, the black and white combination is really powerful.

In the case of the living room, the possibilities are numerous. A chevron-patterned wallpaper such as the one depicted here is subtle and elegant, reminiscent of the herringbone pattern often used on the floor.

But the pattern can also be used to highlight a particular portion of the wall or décor and the colors can be just as subtle as the ones you’ve just seen. It’s just a matter of making an element stand out, even if just a little bit.

Most often, it’s the fireplace wall that is highlighted. So chevron wallpaper can be used to make this area stand out by making it contrast with the surrounding décor such as by using bright colors that contrast with a dark-colored wall unit.{found on laurauinteriordesign}.

The black and white combination is timeless and very versatile so a wall or part of a wall covered with black and white chevron wallpaper can be a focal point no matter what the style chosen for the room is.

For a more modern vibe, use large chevron stripes. The pattern will have a powerful visual impact but it will also stand out with its simplicity.{found on apartmenttherapy}.

In the bedroom, too much pattern and too many busy prints can make the room feel less welcoming and relaxing. So if you’re using chevron wallpaper, pick simple and subtle colors.

You can choose to match the color of the chevron stripes to that of the other walls in the bedroom. This way there will be continuation and fluidity in the room and, although the wallpapered wall will stand out, the transition will be smooth.{found on lovejoydesigns}.

Another possibility is to add a touch of your chosen accent color and then repeat it throughout the room. The turquoise stripe on the wall relates to the other turquoise elements in the room.{found on jlcustominteriors}.

Or you can use your accent color in other ways and allow the chevron-patterned wall to stay simple and neutral. We really enjoy the thick stripes in white and gray and the way they interact with the polka dots and flowers.{found on theyellowcapecod}.

For a playful and casual look, the stripes don’t have to be perfect. In fact, look for chevron wallpaper that features this kind of childish design with stripes that seem to have a freehand design.{found on bkids}.

Because chevron stripes are so versatile and have this classic, timeless look, they’re a great choice for the home office. Take this accent wall for example. It features a really interesting take on the chevron pattern.

Since you’ll be sitting at your desk most of the time, it’s best for the wall in front of you to be covered with wallpaper so you can look at it and admire it.{found on coralinteriors}.

There’s not a lot of room for wallpaper in the kitchen, unless of course you have open shelves instead of wall-mounted cabinets. In that case, some chevron-patterned wallpaper would actually look really interesting.{found on mydesignchic}.

If the kitchen is an open space or if it also includes a dining area, consider having one wall covered in wallpaper, preferably the wall closest to the dining table. It would be a way to highlight this space.{found on habitardesign}.

Of course, there’s no need for an entire wall. You can make a statement even with a small portion covered with chevron wallpaper. But keep in mind that faint colors won’t help so aim for bold contrasts.

Sure, the nursery room should be calming and relaxing so it’s best to avoid busy prints and patterns. But chevron stripes are quite simple and, if you also use a soft, pastel color, they’d look great. Consider blue as the accent color since it’s known to create a calming and serene ambiance.

Yet this doesn’t mean that the chevron-wallpapered wall should be blue. In fact, you can alternate the colors on the wall. The wallpaper can feature a white and gray combination and the adjacent walls could be light blue or some other color.{found on projectnursery}.

Giving the nursery room a pastel décor is not a must. Babies also need focal points so you could pick wallpaper that features a more vibrant combination of colors and that maybe also employs contrasts to stand out.{found on projectnursery}.

Plus, you can also play with the pattern a little bit. This is not the classic chevron pattern but it does look interesting, especially with that dark blue background.{found on stylemepretty}.

Apart from using chevron-patterned on the walls, there are numerous other ways in which you can include it in your home’s décor. For example, decorate the stair risers with this chic pattern.{found on simpledwellings}.

Use vinyl decals on the stair risers for less visible and striking contrasts. It’s a strategy that would work well for staircases with a natural wood finish.

Another alternative way of using wallpaper is in the form of wall art. Consider using chevron-patterned wallpaper to create interesting and simple wall art for areas such as the bedroom or the home office.{found on ballpointandpen}.

Or maybe you’d like to make something special for the bedroom designed to highlight the headboard or to even replace it.{found on aaronandmelissawaldrum}.

There are numerous small projects for which you could use leftover wallpaper. For example, cover the back of the shelves with chevron-patterned wallpaper to create an interesting background for all the items displayed there.

Or use your leftover wallpaper as drawer lining. Give your makeup drawer a makeover and reorganize it. The wallpaper will give a much more stylish look if it also has a beautiful pattern.{found on iheartorganizing}.

Here’s how the drawer would look like if you were to also use the accent color on the wallpaper on some other portions of the desk.

This is a super simple project. Take a frame, some wallpaper and spray paint and make a chic display and storage unit for your nail polish. You’d have to add some thin shelves.

Decorate the back of your storage cubbies with chevron wallpaper to make the unit stand out a bit. It’s enough for a small portion to be visible for the effect to be interesting and eye-catching.{found on thedecorfix}.