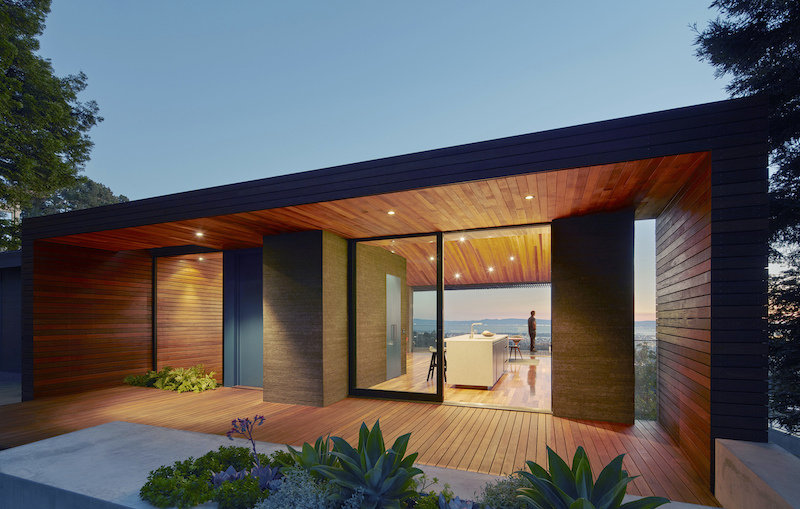 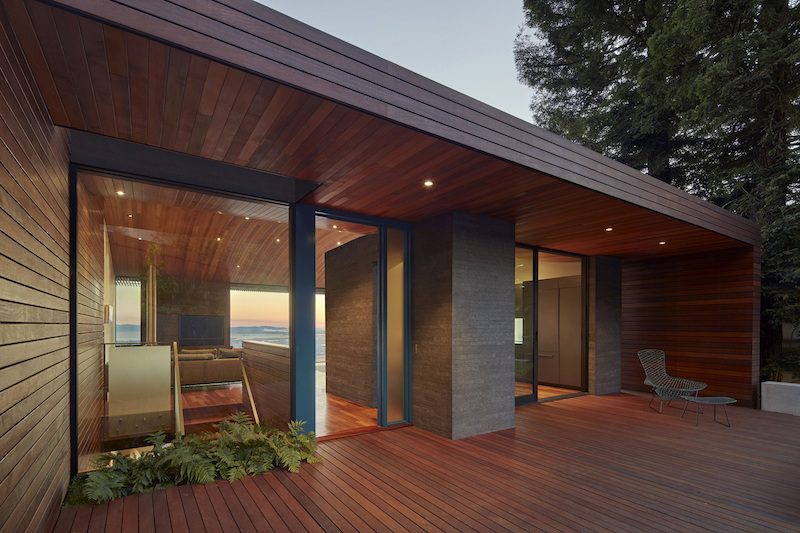 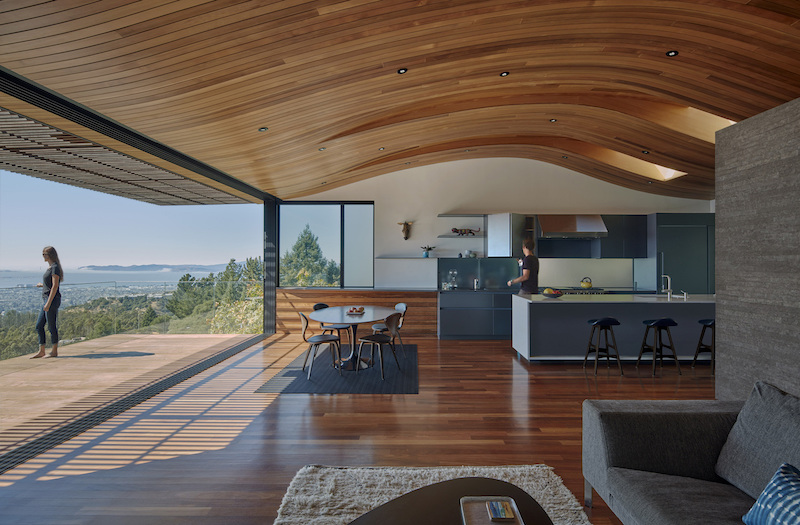 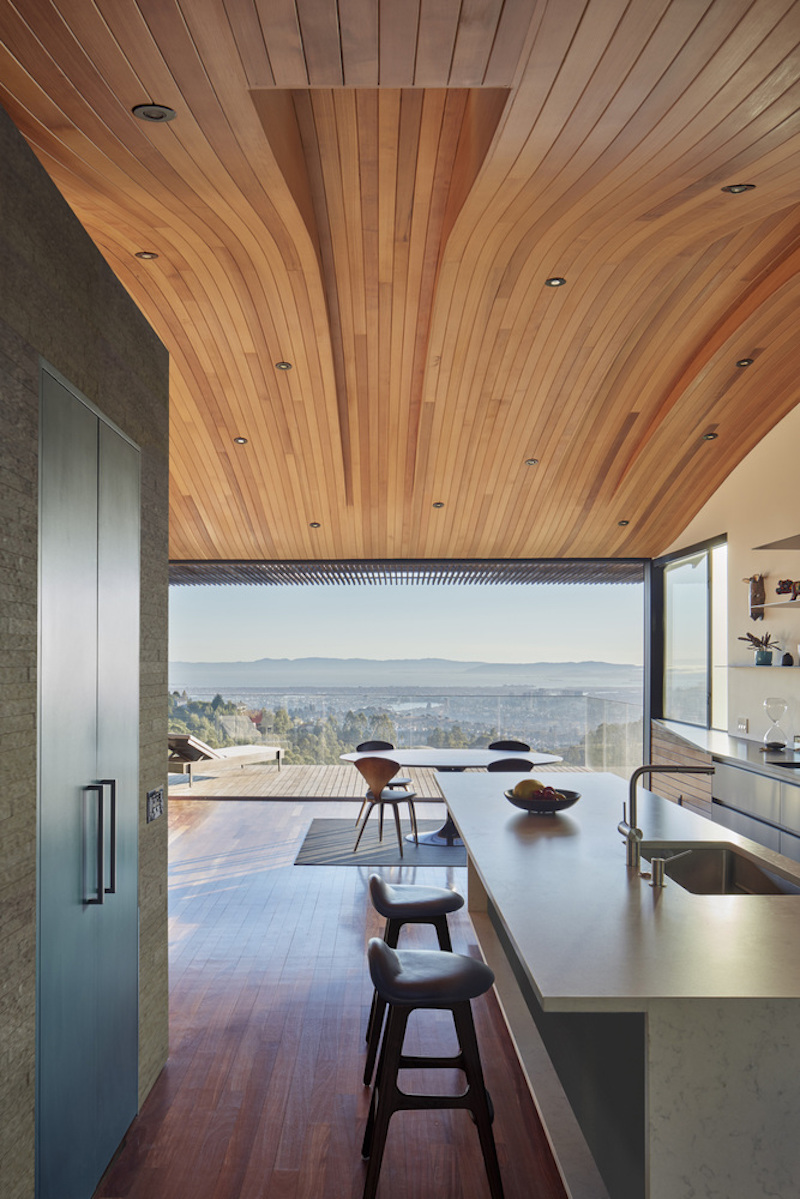 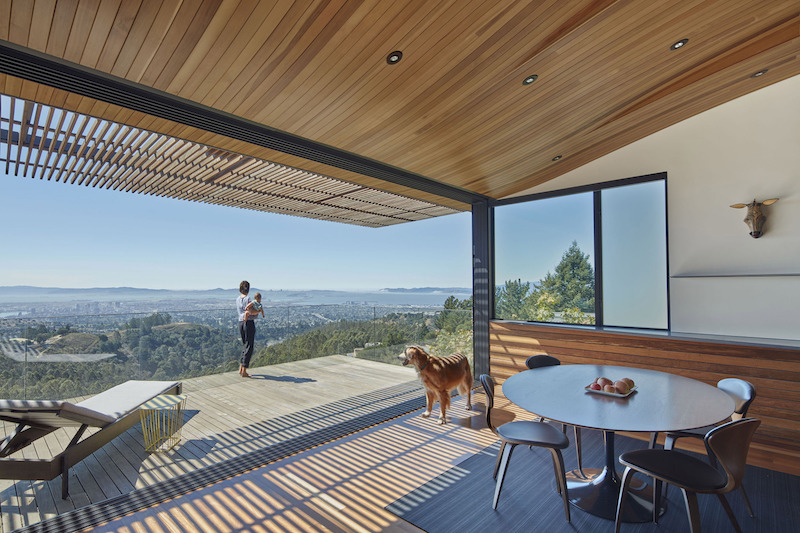 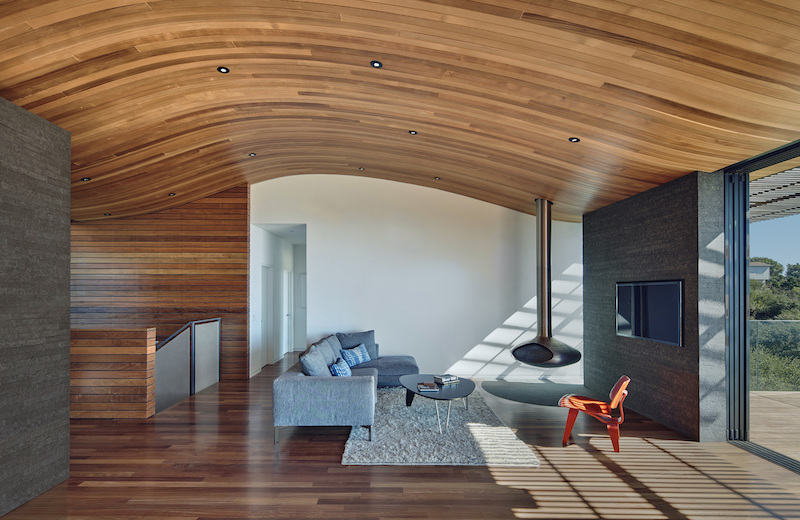 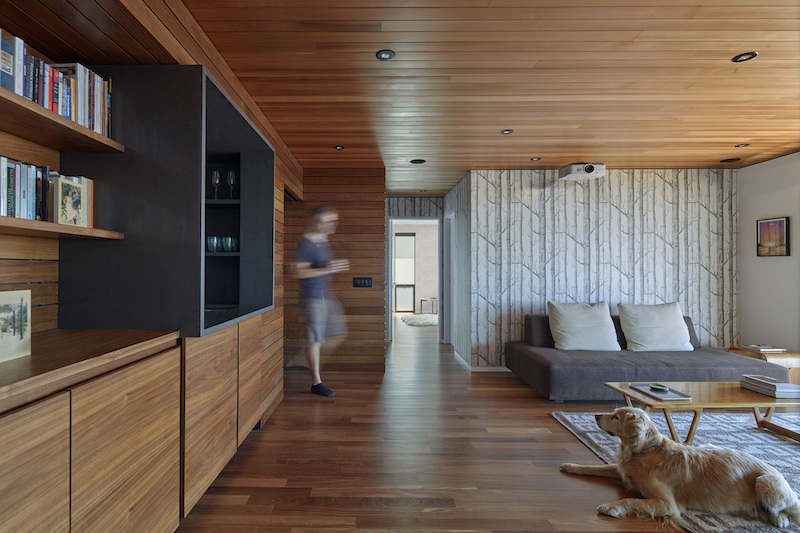 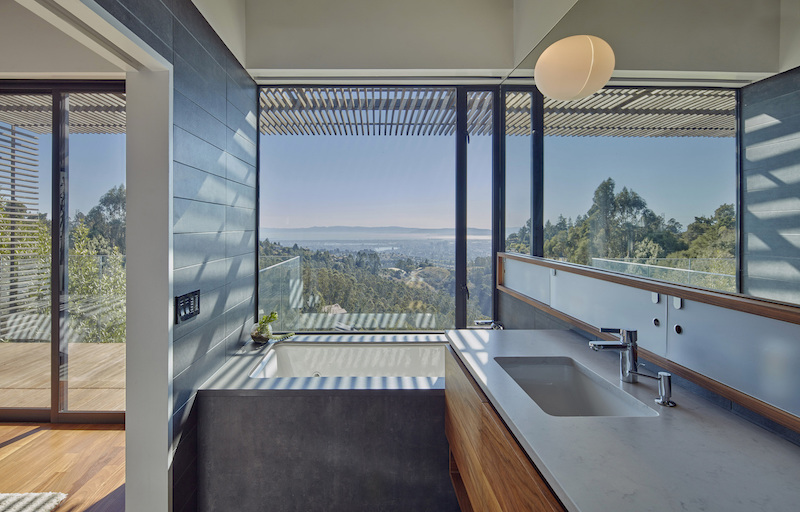 Situated 550 meters above the sea level, this little house makes the most of its location and especially the views. The house was not actually built from scratch. It’s actually a rebuilt of an existing post 1991 fire-storm house. The new design is very simple and responsive to the surroundings, the view and the location in general. The transformation was completed in 2016 by Terry and Terry Architecture.

The clients wanted their new house in Oakland to have an open floor plan and a connection to the bay and the garden. The architects went ahead and gave them the most beautiful indoor-outdoor connection. The living, dining and kitchen areas are all connected, forming an open plan space which is connected to this beautiful terrace that feels a lot like a natural extension of the living space.

The roof extends outwards in a way similar to a trellis. In this way, it shelters the interior spaces from direct sunlight and it also turns the terrace into a pleasant viewing deck from where the bay and the surroundings can be admired in their full splendor.

The wavy ceiling is one of the most notable design features of the house. It’s a detail that makes the living spaces feel very warm, inviting and cozy despite their openness. Overall, a perfect balance of looks, function and comfort.

The terrace is framed by an overhang which wraps around the sides as well. It’s a protected and open space with transparent glass railings which allow completely unobstructed views of the landscape and the surroundings from inside the house. The house also opens onto a garden. A custom-built concrete planter acts as a divider between the house and the garden but also as a decorative element and as a bench.

It’s obvious that the views were the most important element that shaped this house and not just because of the seamless indoor-outdoor connection but also because of the way the rooms are distributed around the house and oriented so that they’re sheltered from the wind and sun but still able to capture the beauty that’s beyond the site. Even the bathroom is designed this way. It has a large window as well as a large mirror that reflects the gorgeous view.