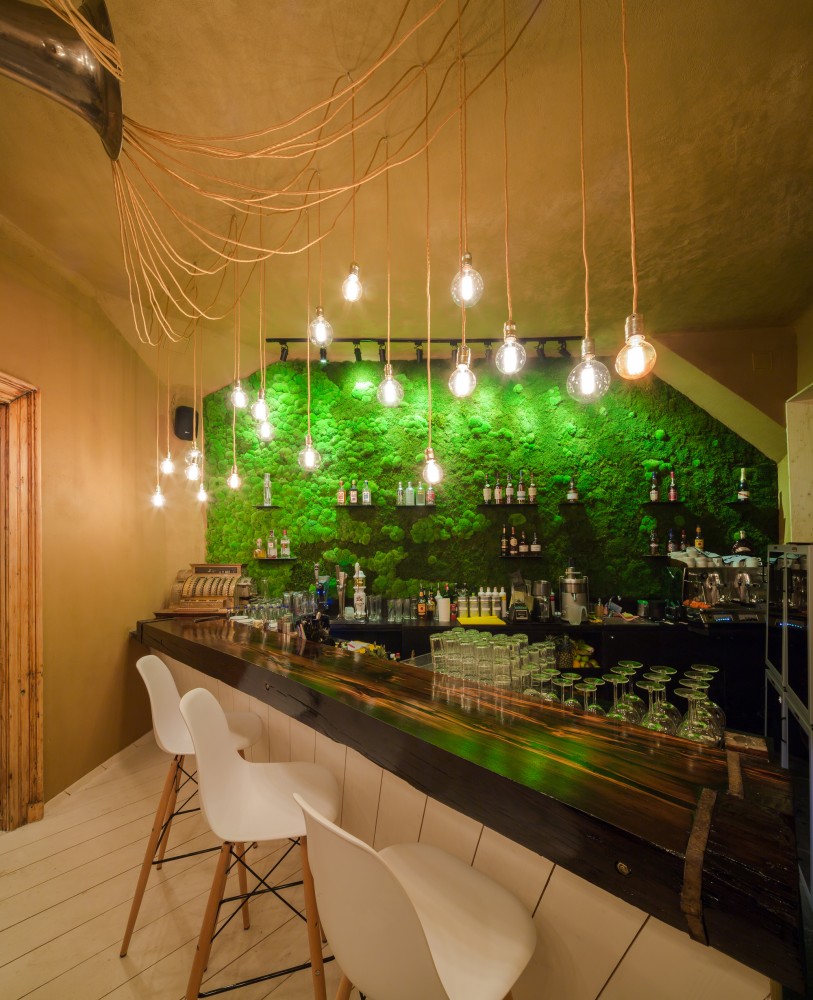 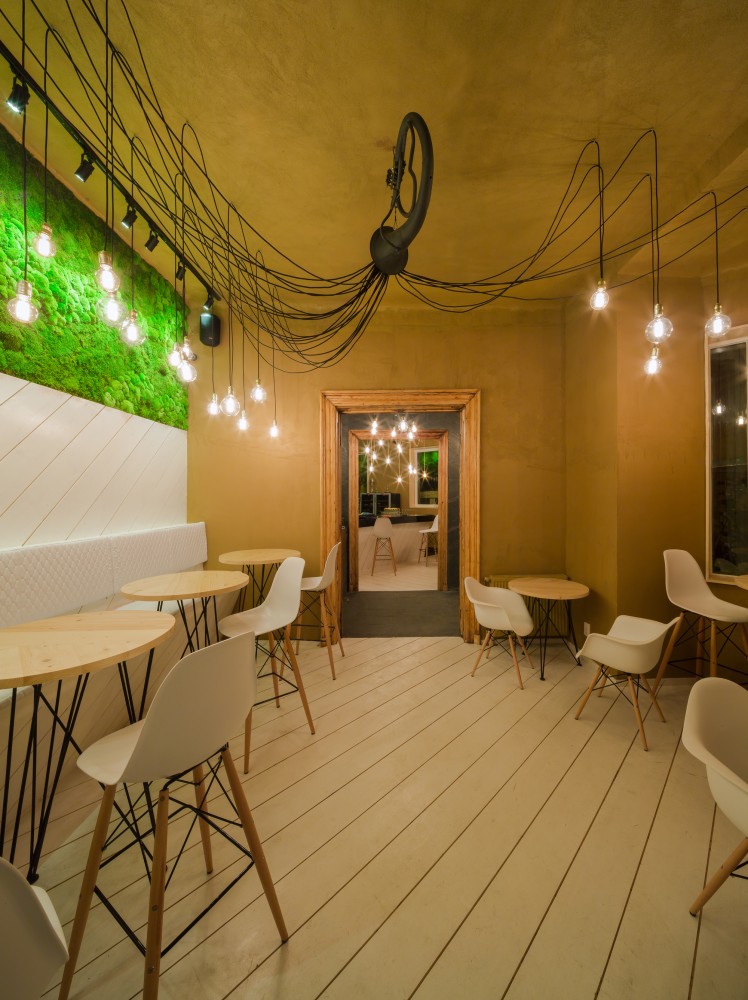 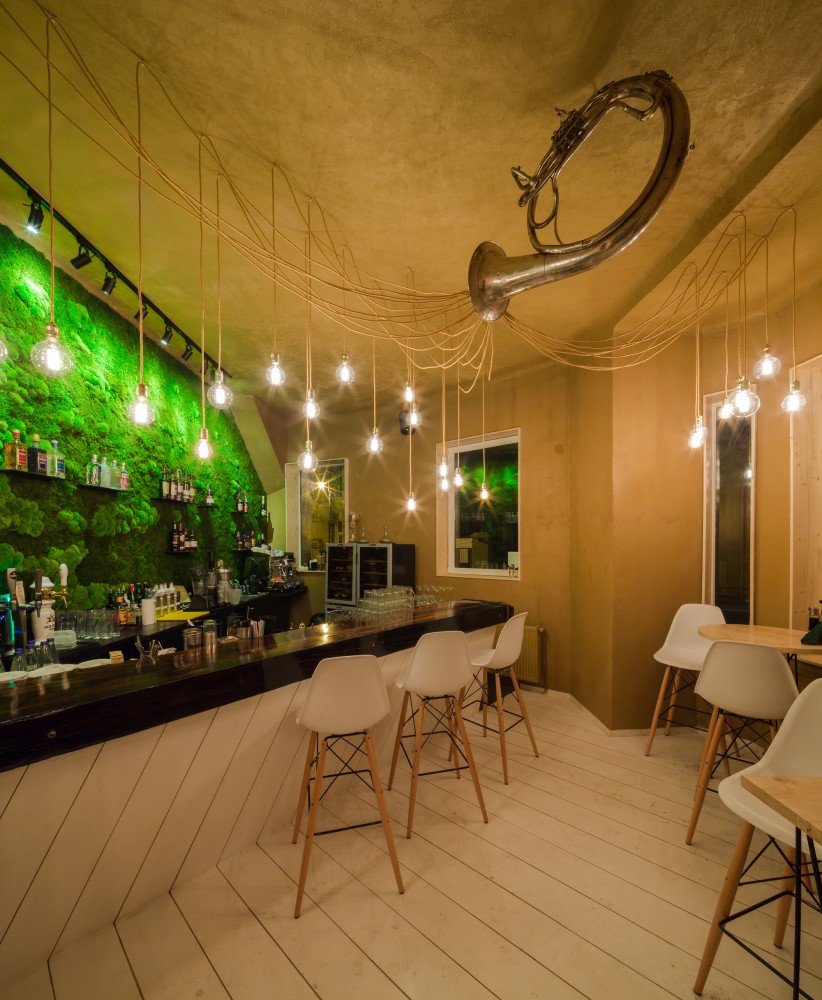 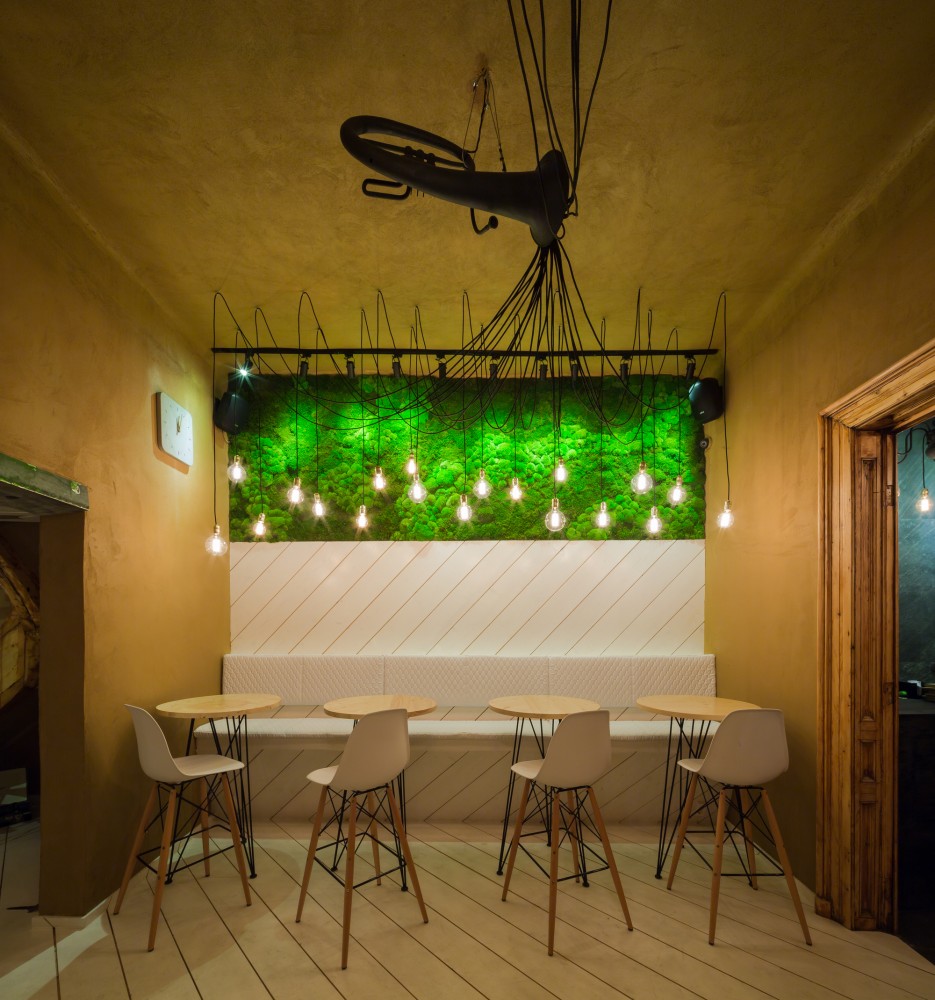 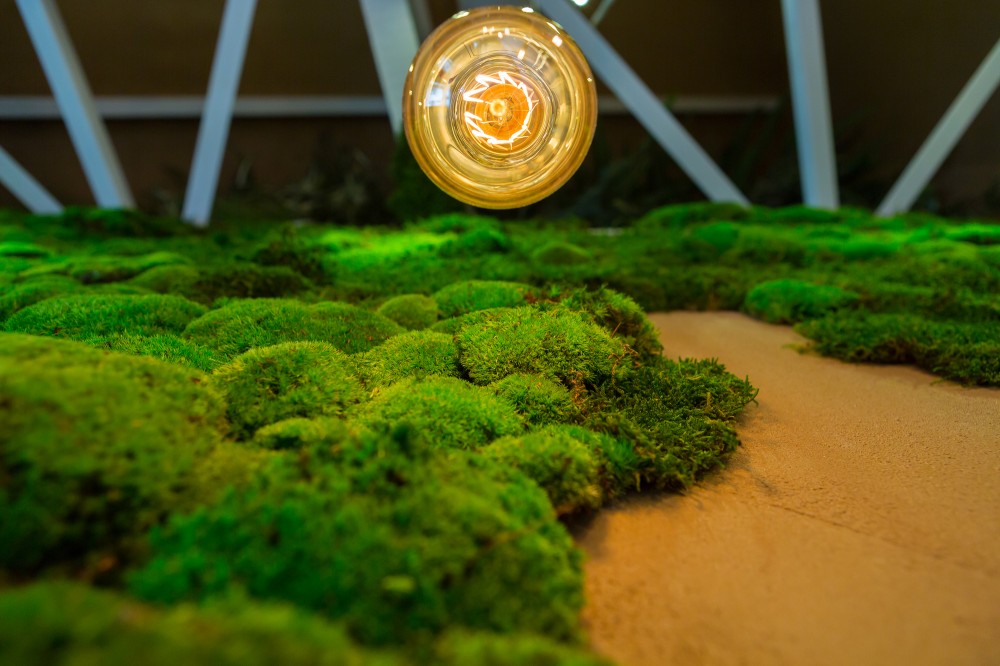 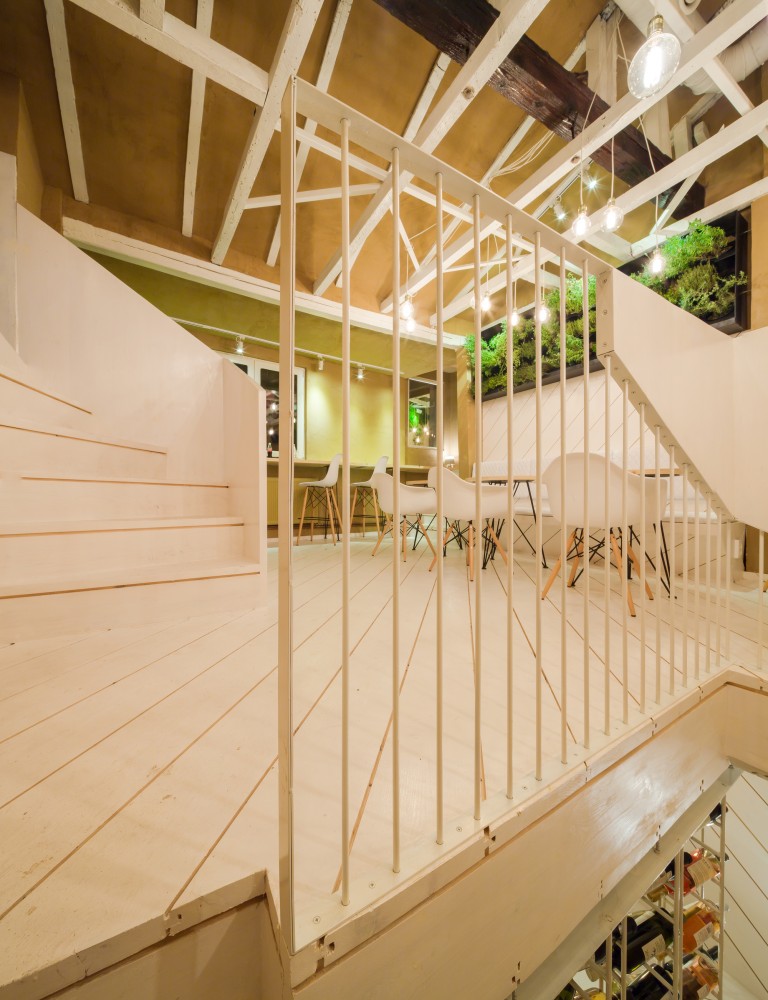 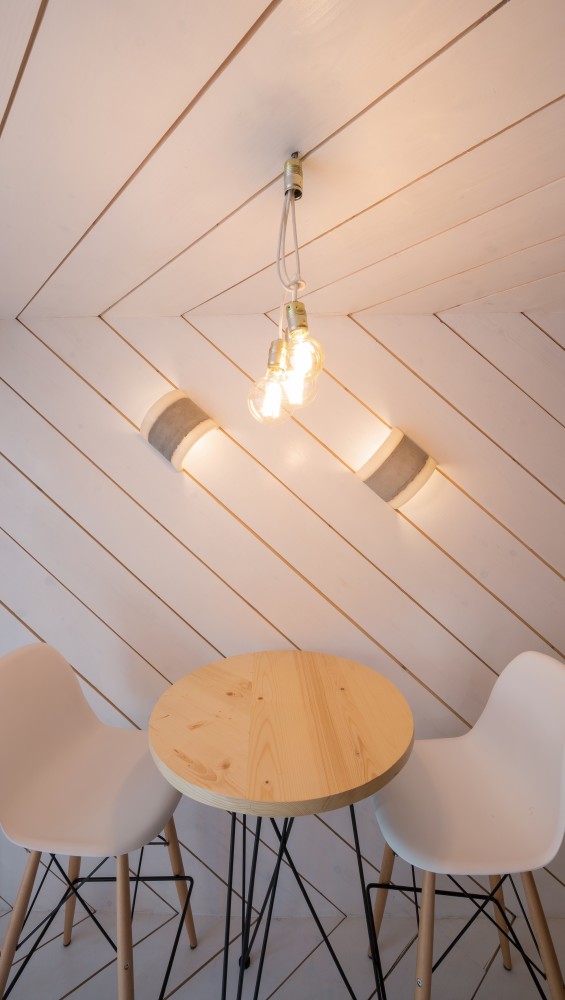 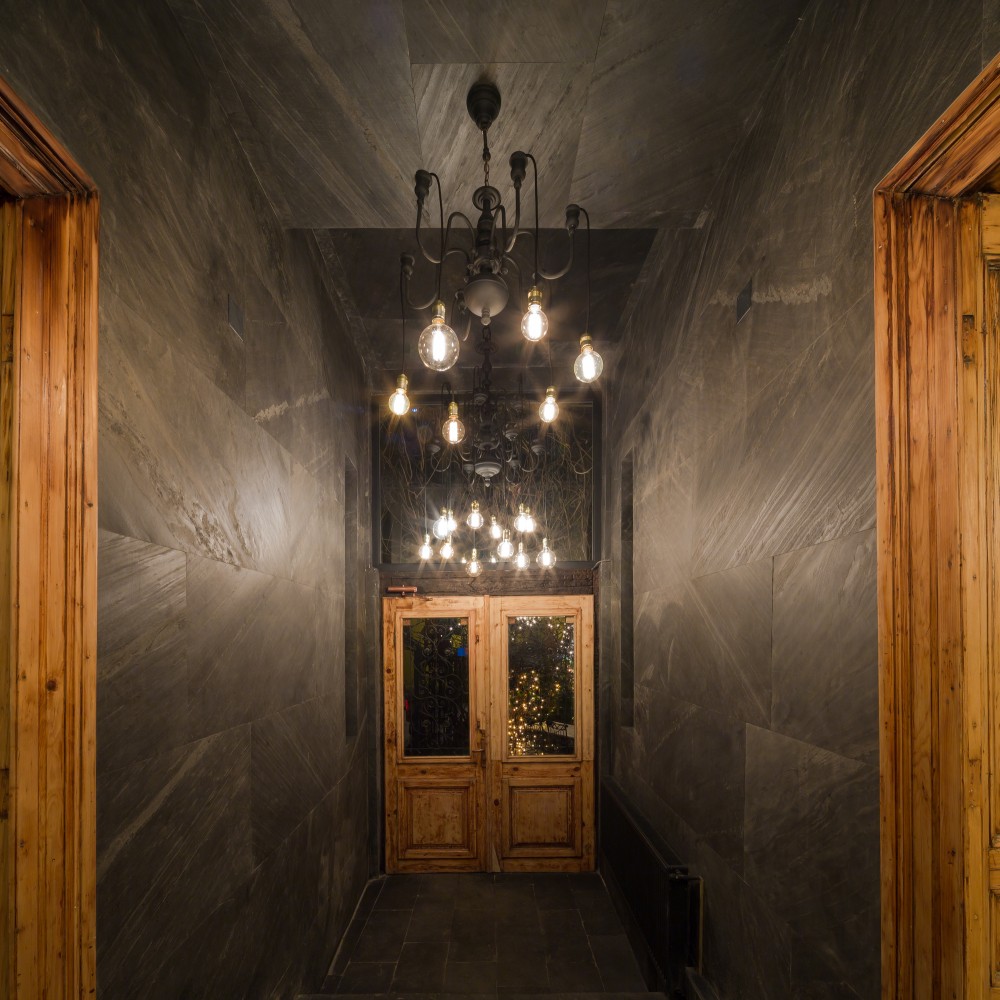 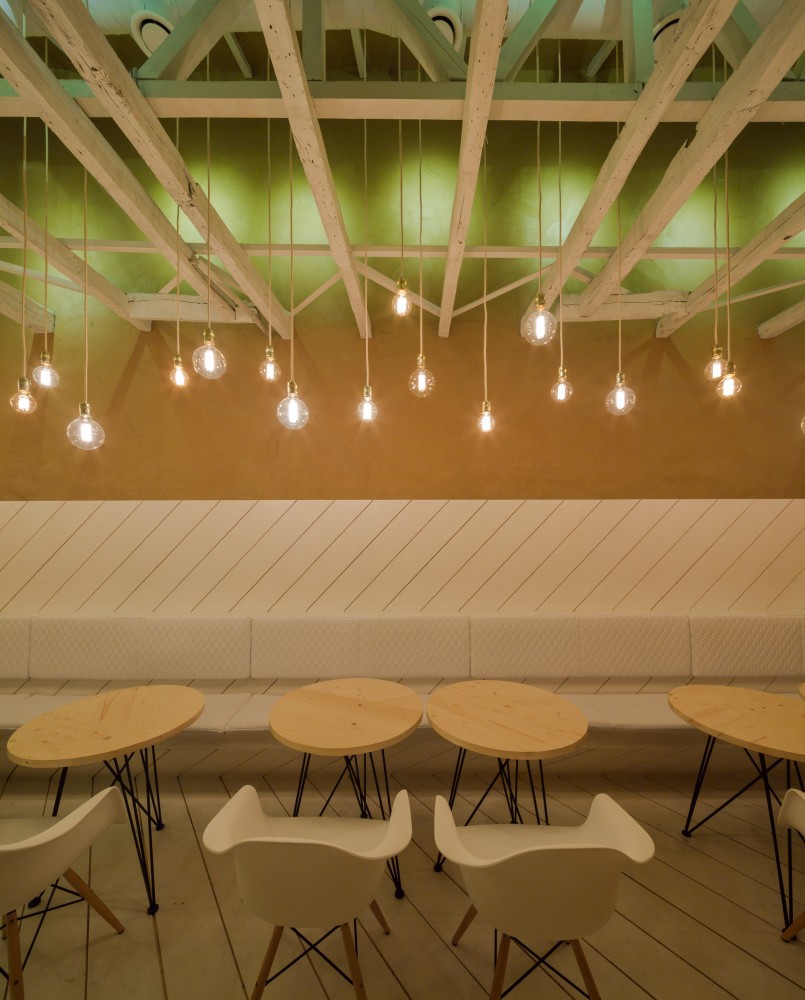 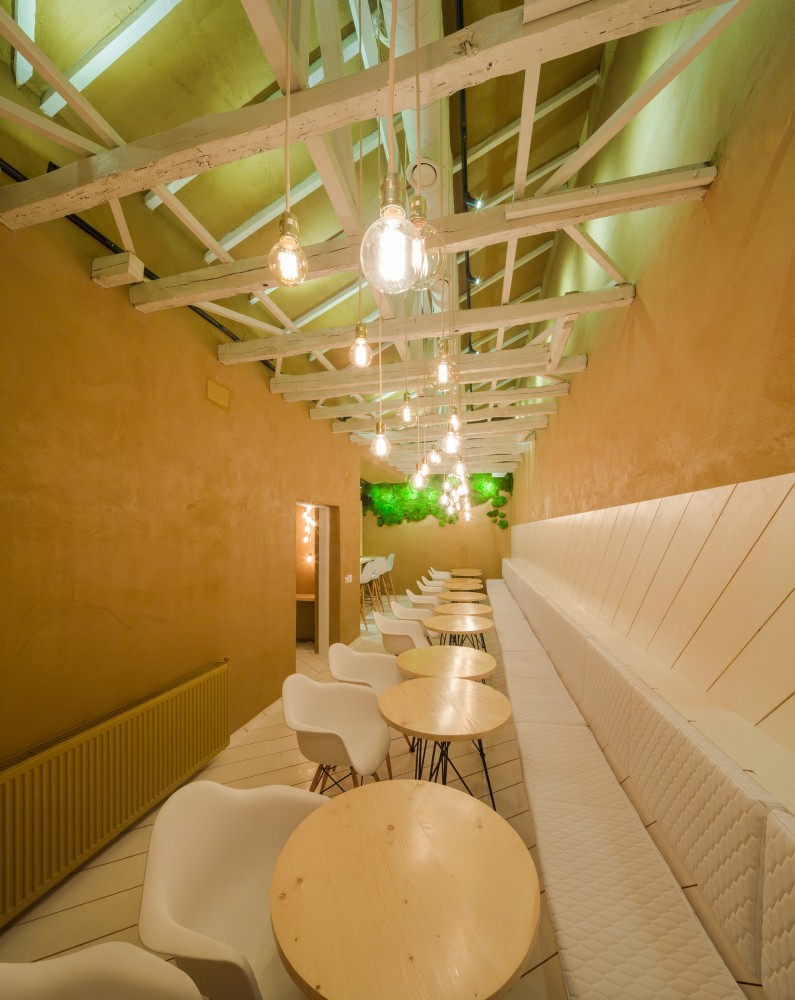 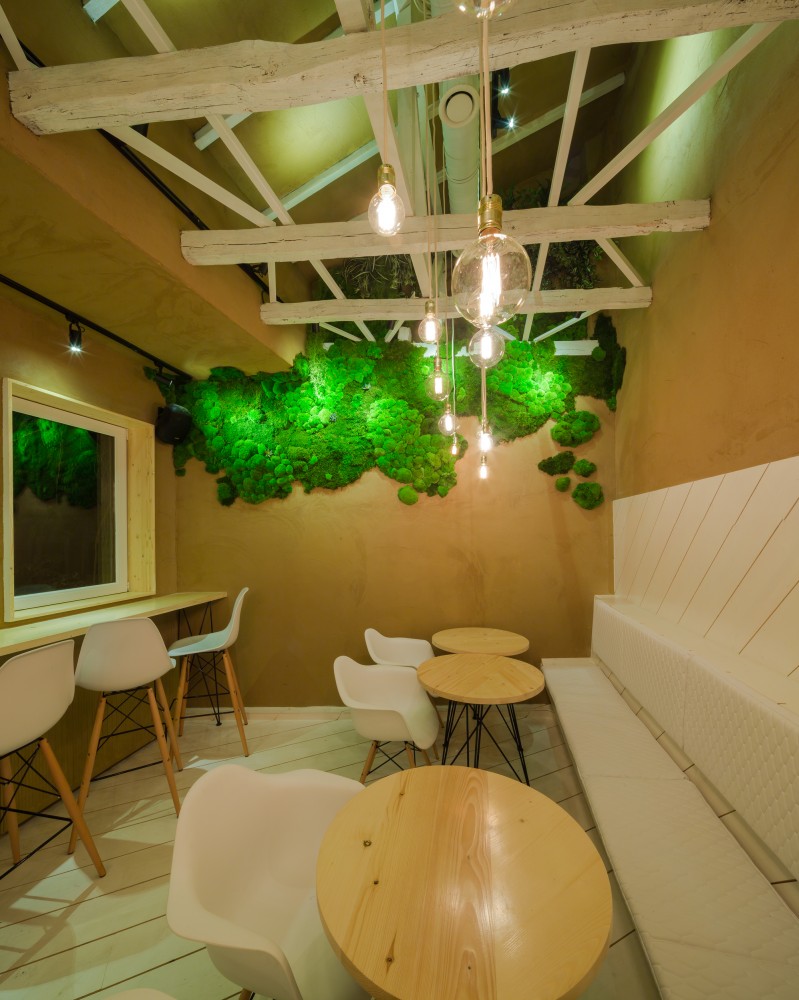 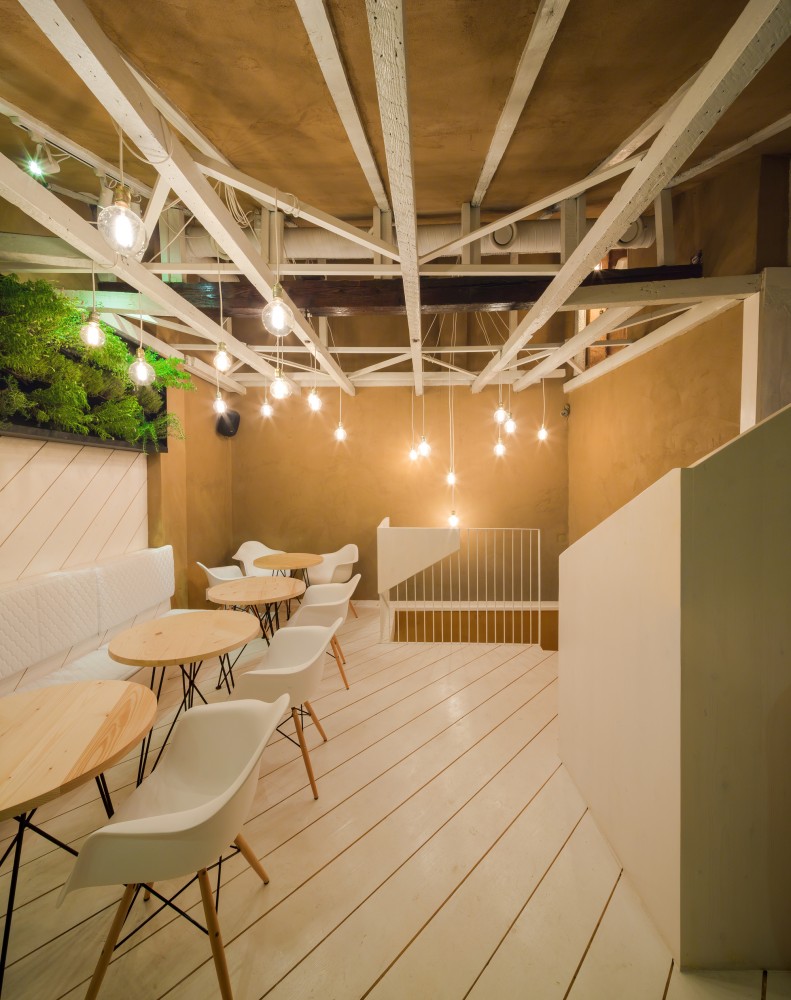 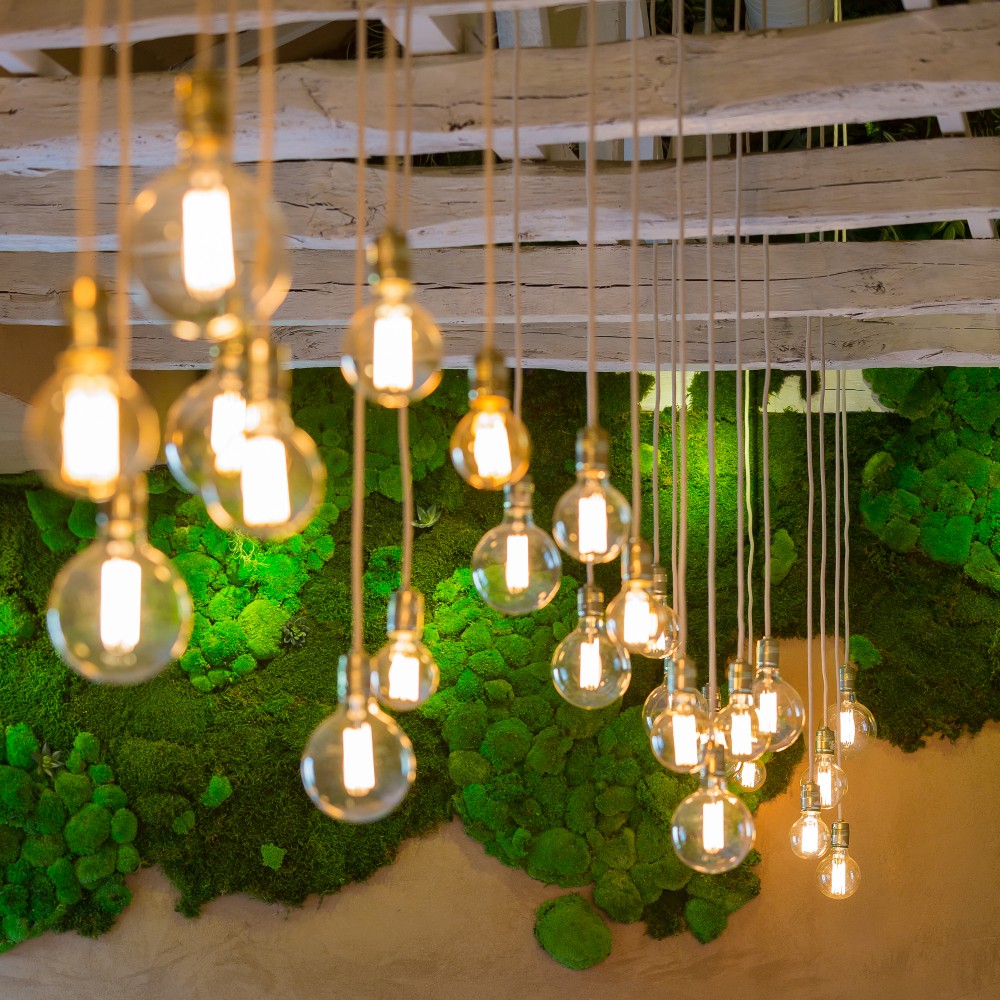 You can visit the SHIFT Restaurant in Bucharest, Romania, in an area at the hearth of the city which is like a gallery for 19th century buildings. The restaurant was envisioned as an extension for the existing garden. Lama Architectura was in charge of the project.

The company was established by two young architects, namely Calin Radu and Dan Enache, both a passion for sincere architecture, experimental design and attention to detail. They believe there’s a strong connection between music and architecture and they made that very clear with this project.

A French horn takes center stage, becoming the focal point in this part of the restaurant. It connects all the cord pendant lights and it’s like the music notes become sparkling lights that spread around the space.

Some of the walls are covered in natural moss, a way to literally bring nature in and to establish a strong connection with the garden.

The restaurant has a total interior space of 165 square meters divided into two levels. Originally, the building featured a ground floor, a first floor and an attic. To increase spaciousness and to open up the space, the attic and the first floor become a single level and the roof was exposed.

The original layout was preserved and the brick walls were plastered with natural clay. The rest of the materials used throughout were inspired by nature. Wood was used for the floors, walls and furniture. The planks were mounted diagonally to hide imperfections and nonparallel features.

The hallway features slate walls and flooring and establishes a gradual transition from the stone-paved courtyard into the interior spaces.

Metal was used for the bases of the tables and chairs as well as for other small structural elements but the material is not a defining feature for the restaurant and it doesn’t influence its design, allowing it to remain natural and artistic.

The partition walls that separate the different zones inside double as wine racks and they’re filled with wine bottles.

The furniture is simple. The restaurant contains enough decorative elements and vivid accent colors and doesn’t need the furniture to stand out too. It’s a strategy which prevents the space from being overdecorated.

An interesting feature, for example, is one particular space on the upper floor. It’s a corner nook where the seats, walls and even the ceiling are covered with soft fur and where the atmosphere is cozy and intimate.

The rest of the upper level features vibrant and fresh vertical gardens. One area is long and narrow and features a long set of padded benches and a series of small, round wooden tables. On the other side of the tables are individual chairs with classic designs.

A portion of the wall at the far end is covered with green moss and its vibrant color is highlighted with accent lighting.

But perhaps the most interesting elements are the lighting fixtures. Their designs are derived from the aesthetic of the garden. The textile cables are reminiscent of climbing plants and the brass instruments used as chandeliers and decorative elements look like they’re throwing out musical notes in the form of light bulbs.

Edison bulbs were chosen because they’re appropriate for the era in which the building was erected. They also give out a warm, charming glow.