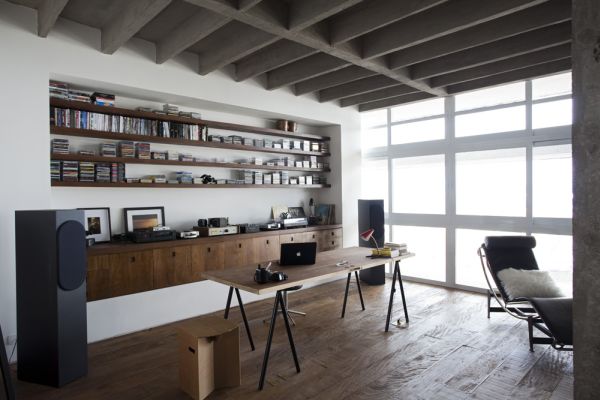 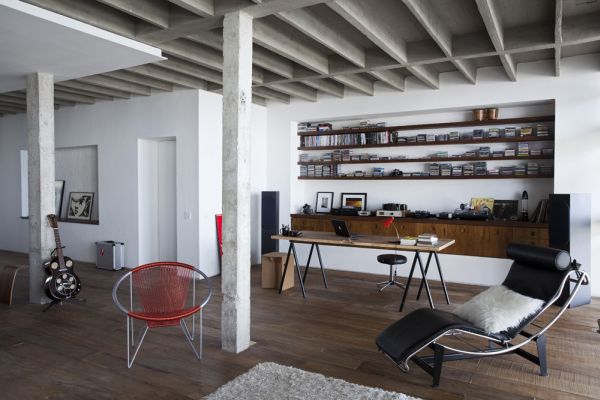 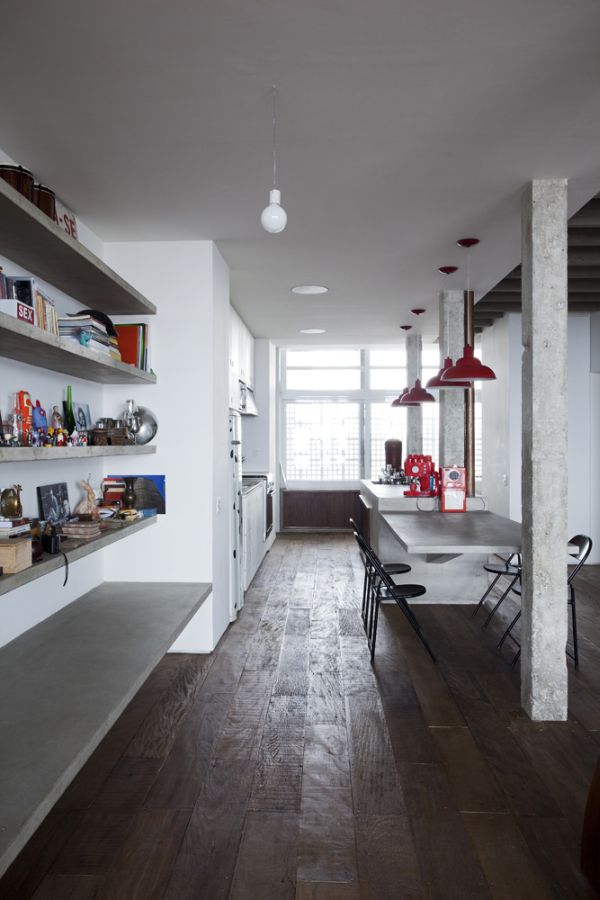 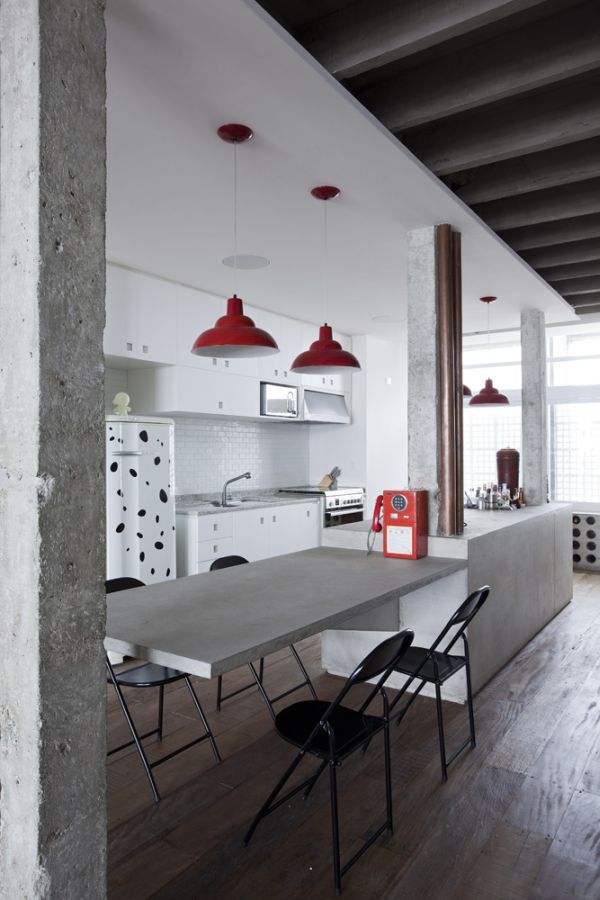 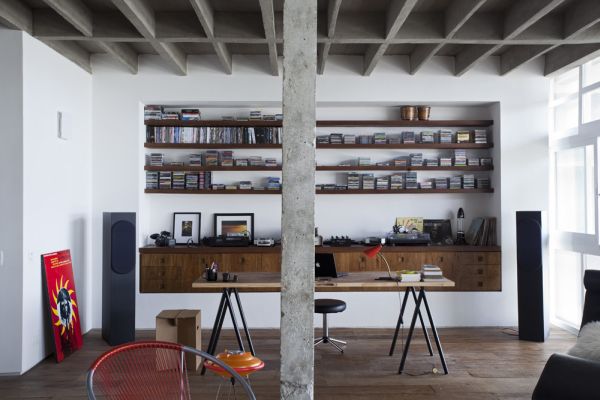 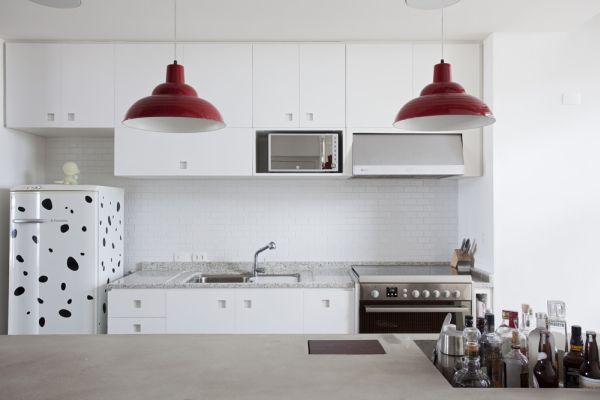 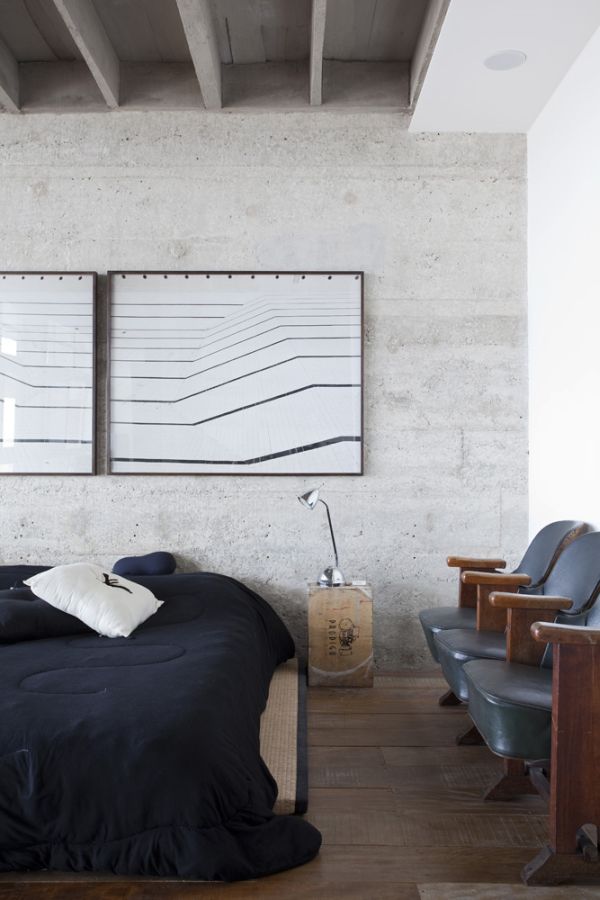 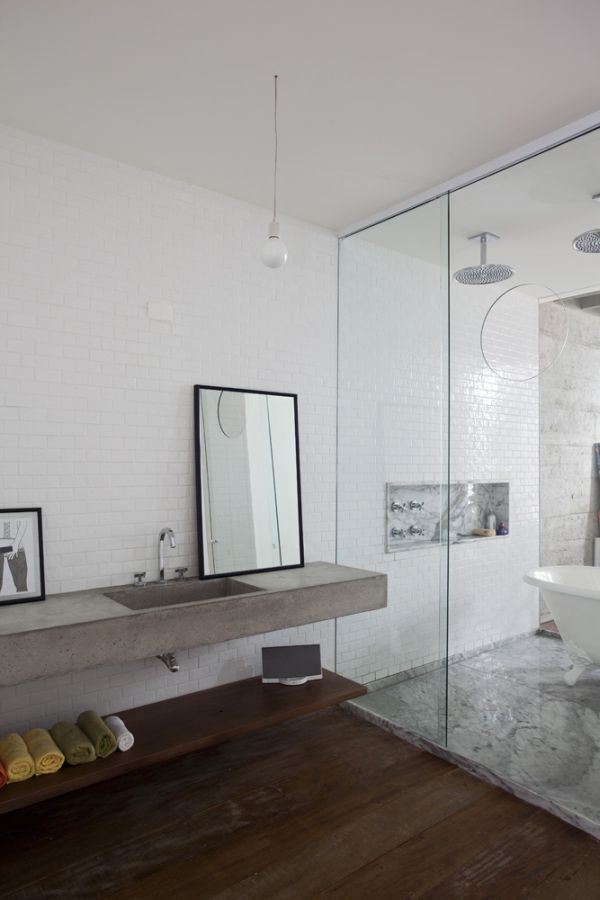 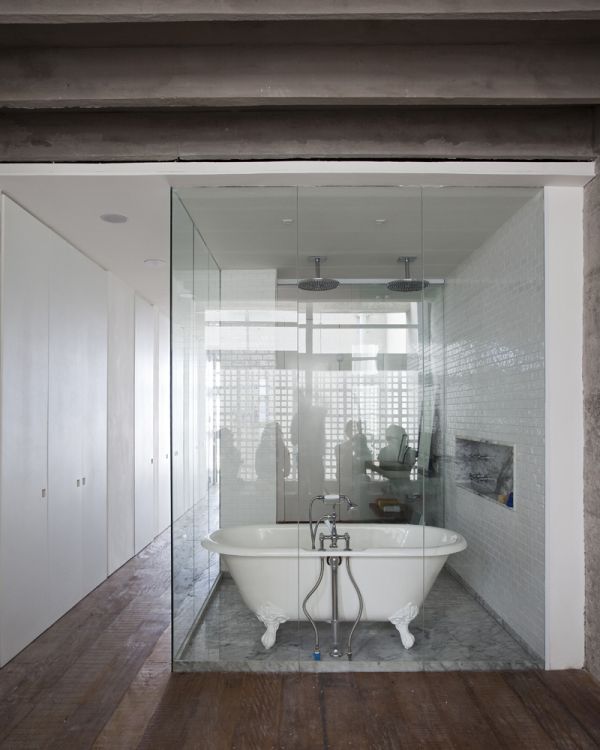 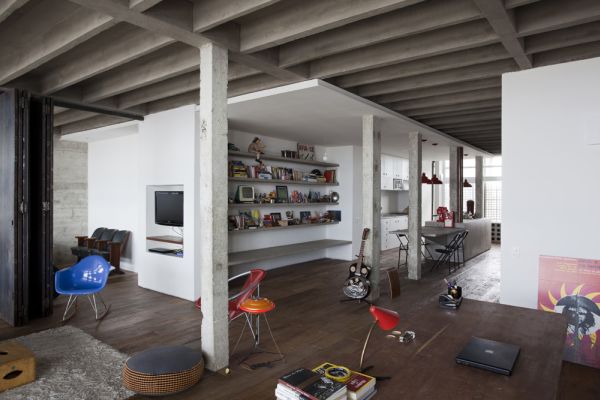 Located in São Paulo, Brazil, this apartment has a classical charm. It’s probably because of the color palette. The apartment has white walls throughout and wooden floors with a rather dark-chocolaty finish and there are red and black accents throughout the rooms. The apartment was designed by Felipe Hess and Renata Pedrosa between 2008 and 2009. It has a total area of around 140 square meters.

The basic lines of the design project were to turn this apartment into a contemporary loft and to give it a more fluid layout. The designers also wanted to create more open spaces and give the apartment an airy feel. Originally, it had three bedrooms, a large living room, a kitchen and a laundry room. As part of the redesign and remodel project, the apartment was demolished and the only remaining things were the columns and shafts. The idea was to give it a new division and to totally recreate its interior.