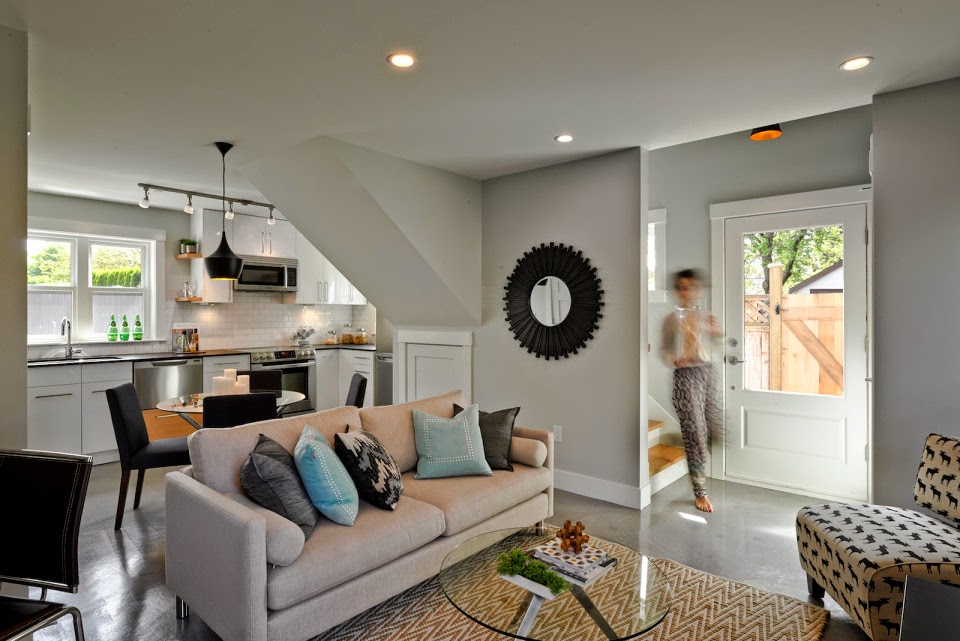 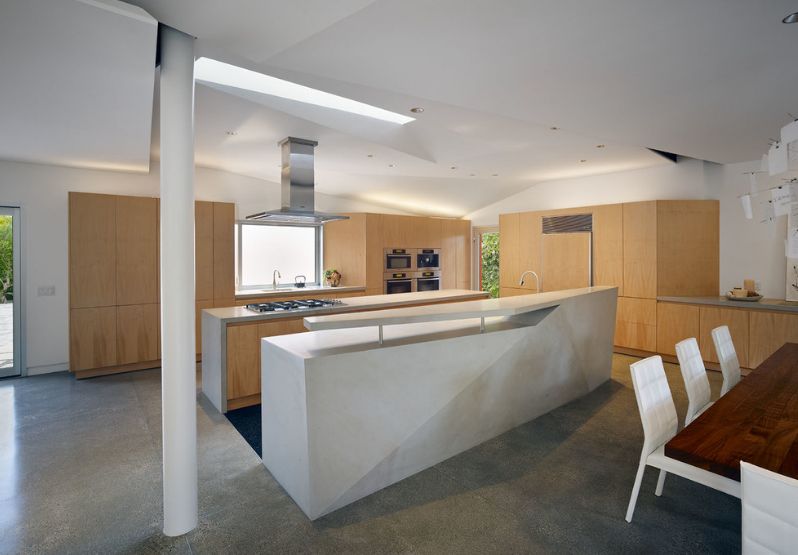 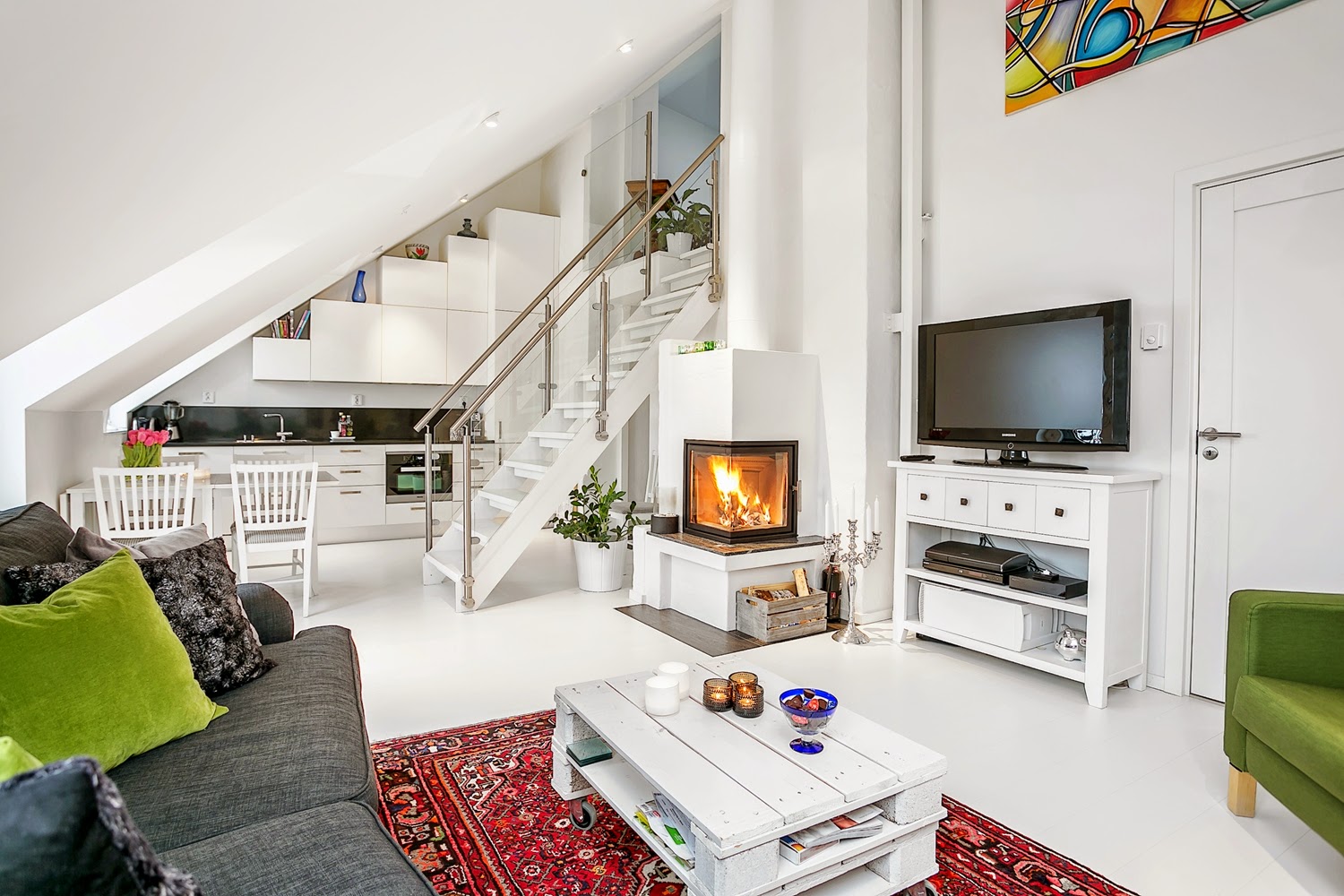 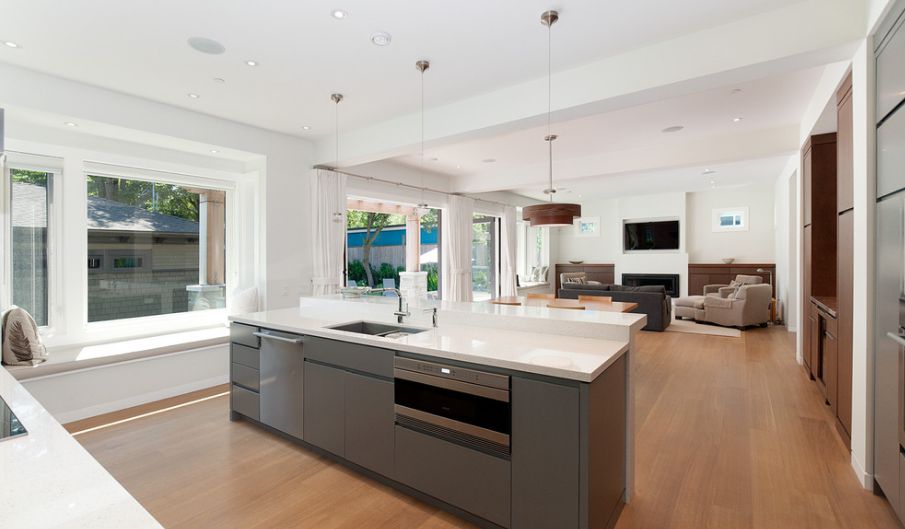 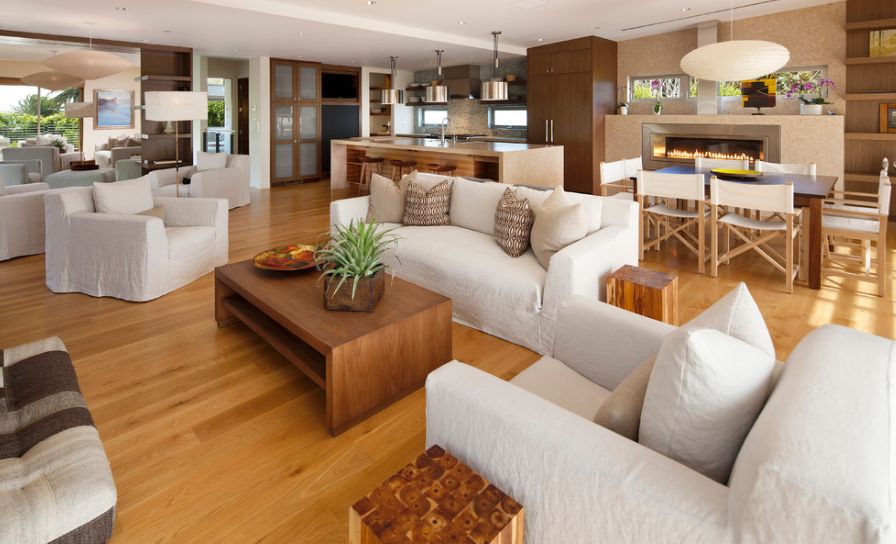 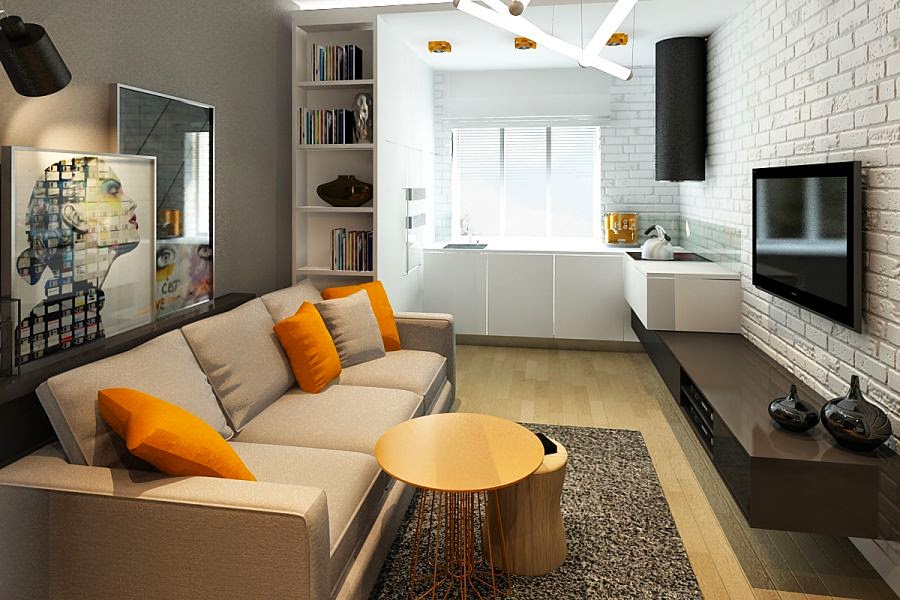 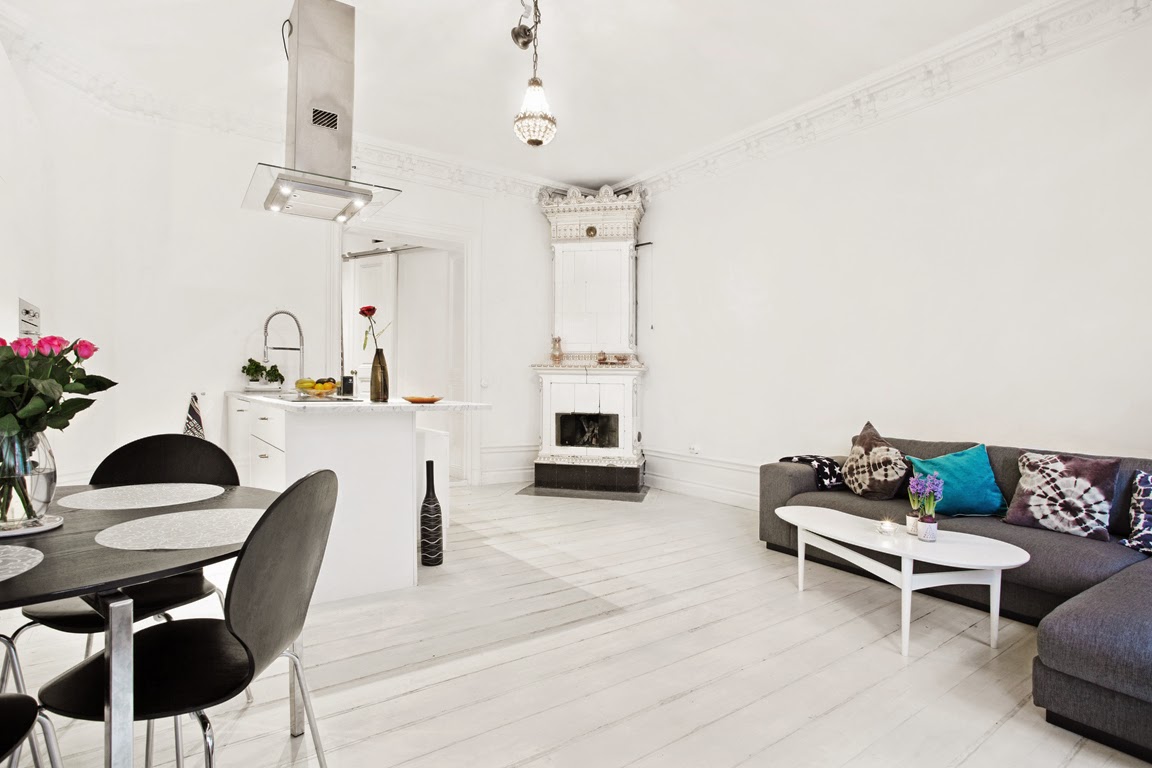 It’s easy to focus on functionality when the kitchen is a separate room. But when it’s part of an open floor plan and exposes itself to the living room, the design strategy changes. The kitchen not only has to be a functional space but it also needs to look beautiful and to match the overall aspect of the space.

If the space is small and you don’t want the kitchen to be the focal point of attention, your best strategy is to avoid making it stand out. So, if the walls and ceiling are white, the kitchen furniture should be white as well.

Draw attention to the living room by making the kitchen as simple and inconspicuous as possible. In this case, it’s small but organized. The windows enhance its overall bright and airy look but also make it impossible for the kitchen to include wall-mounted cabinetry.

Use the same colors in the kitchen as in the living room to allow it to blend in. ideally, there would also be the same type of flooring. This means there are no obvious barriers between the spaces. The kitchen island is the only element that separates these two spaces.

Since you’ll want both the kitchen and living room to each have their own identities, you can take advantage of the layout and accent details. For example, if the room is long and narrow, the seating area can be at one end and the kitchen at the other. Use rugs and artwork to delimitate the spaces.

The layout is also important when the floor space is limited. It’s when you should be clever when positioning the kitchen. Perhaps it could fit under the staircase or could make the most of a slanted ceiling. Allow it to serve as a separate, individual space while also being part of a harmonious whole.

Cohesion and harmony are your best tools when designing and decorating a kitchen that opens onto the living room, with no walls in between. Area rugs can be used to make the distinction between the areas while the colors, textures and materials used can be the same ones throughout the zone. When positioning the furniture, avoid having the sofa facing the kitchen directly.

A simple design option is to have a small dining area placed in between the kitchen and the seating area. It will act as a buffer zone. This way the cooking area and the actual living space are indirectly connected.