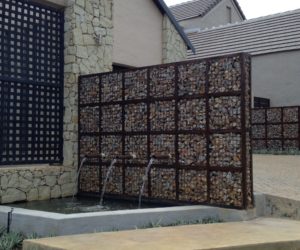 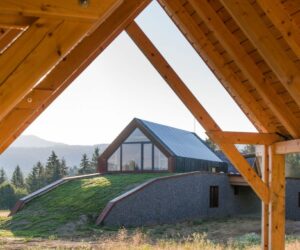 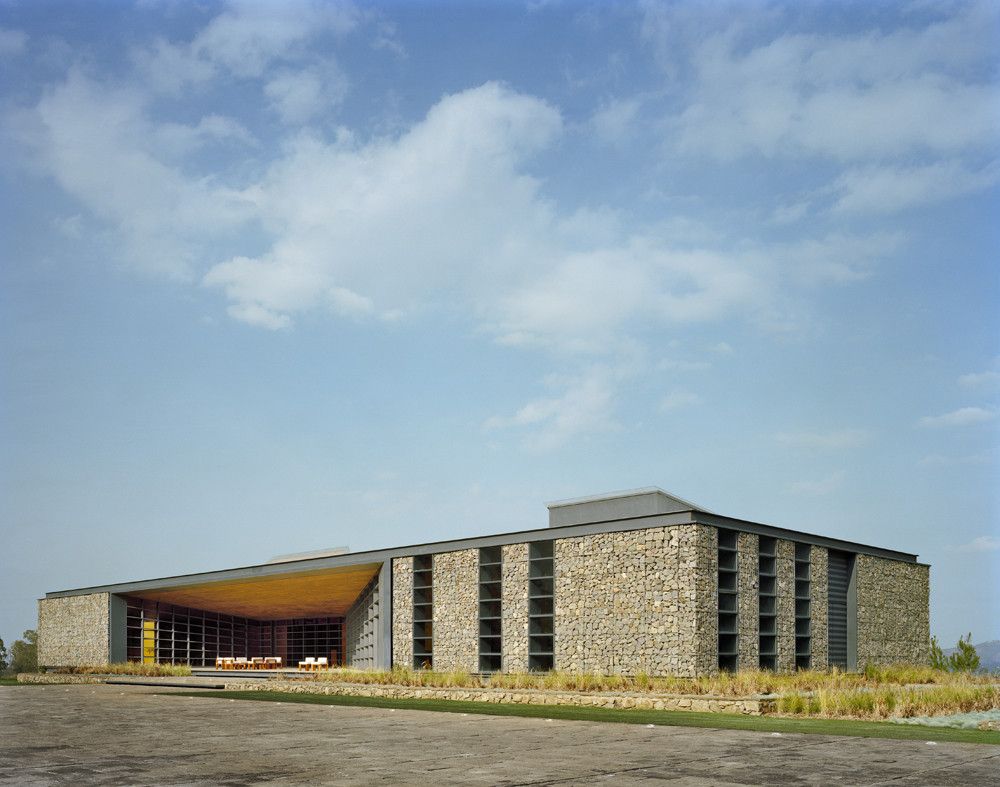 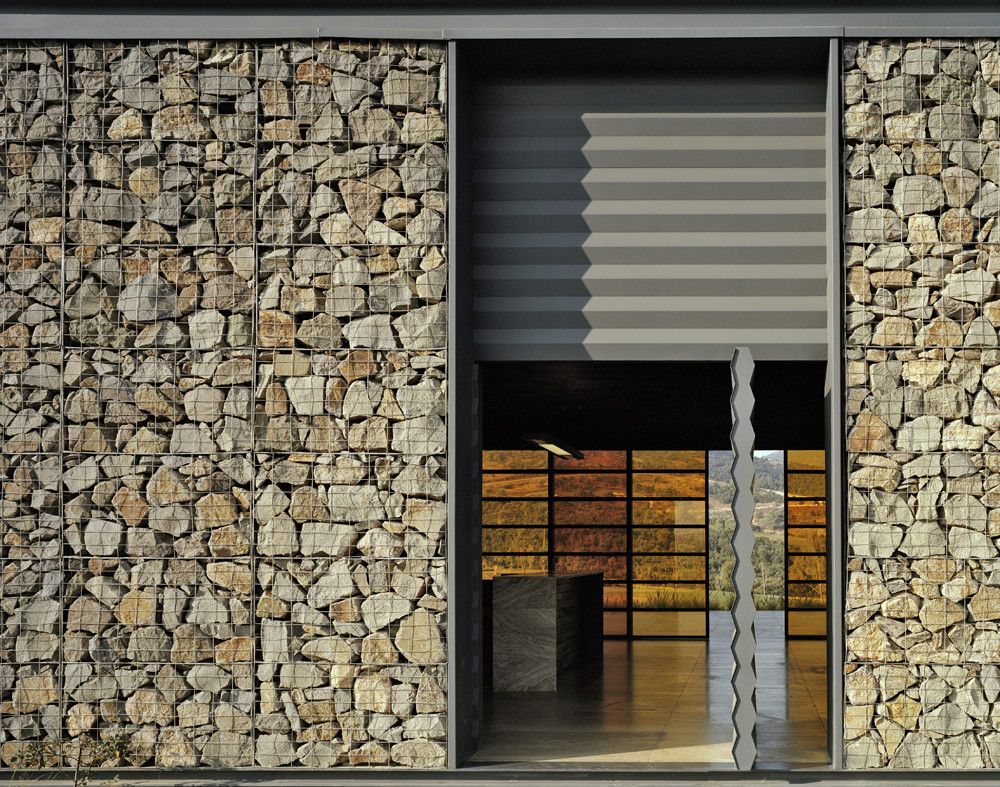 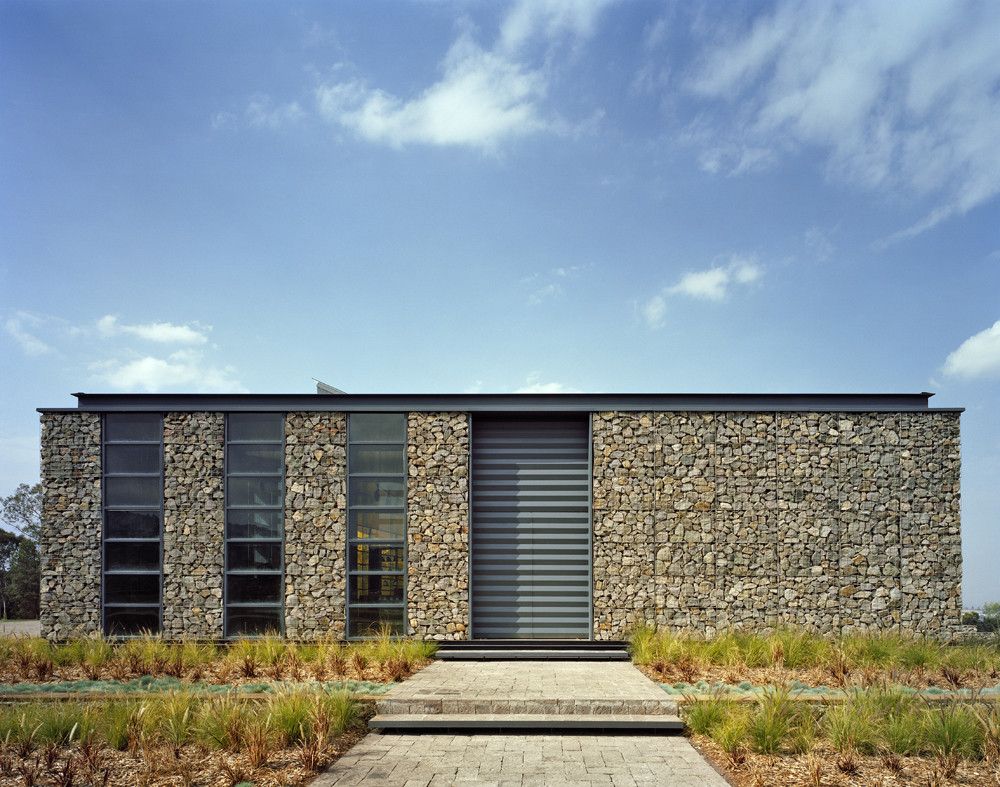 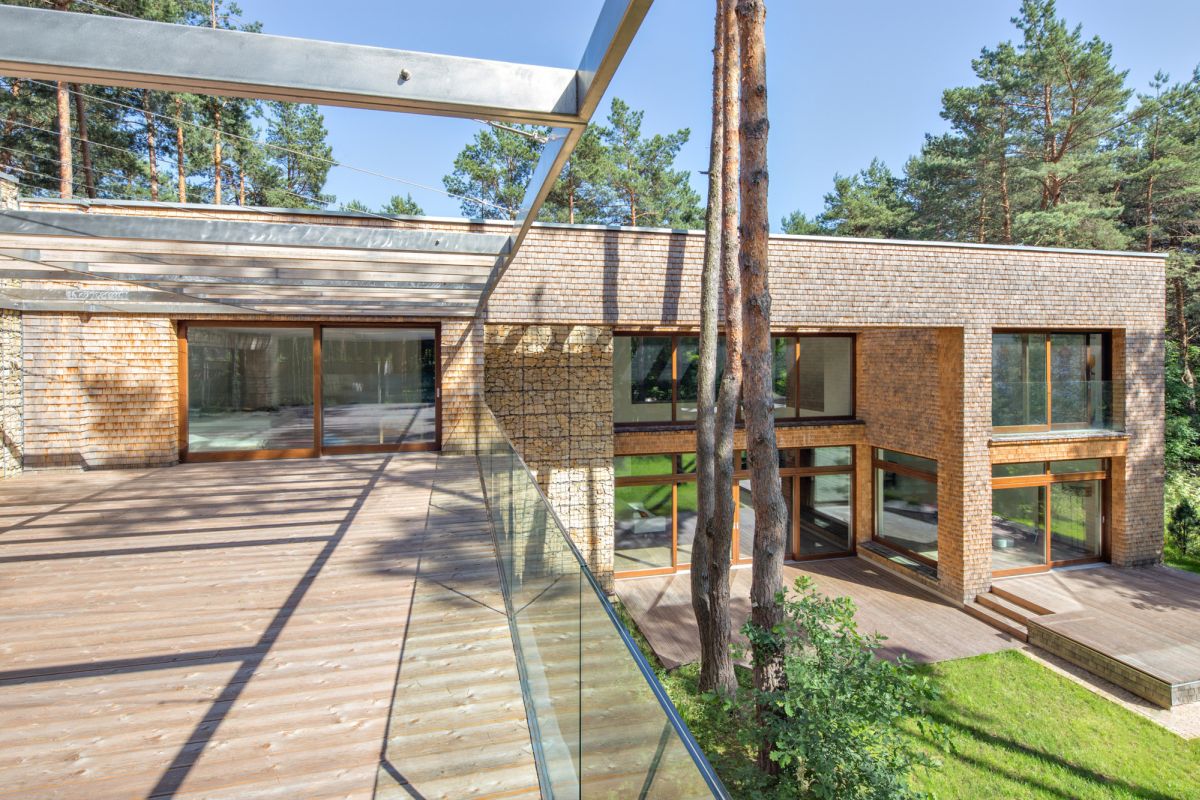 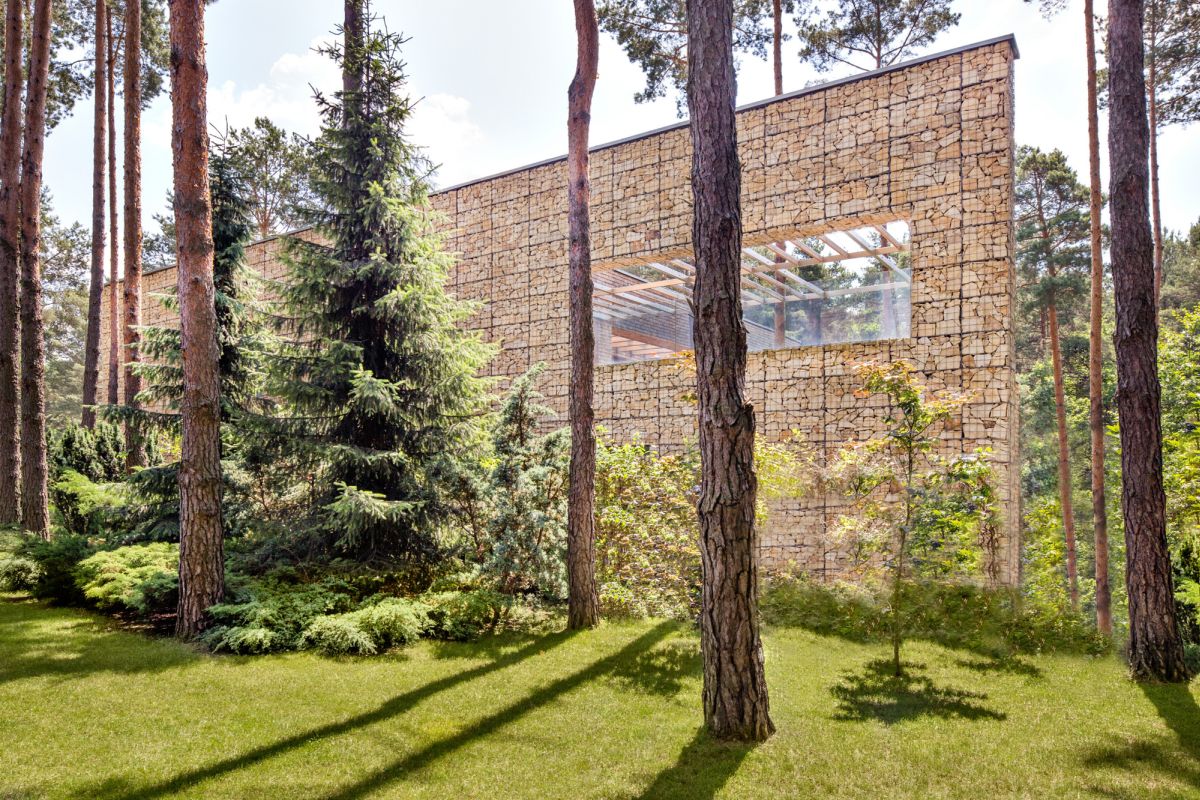 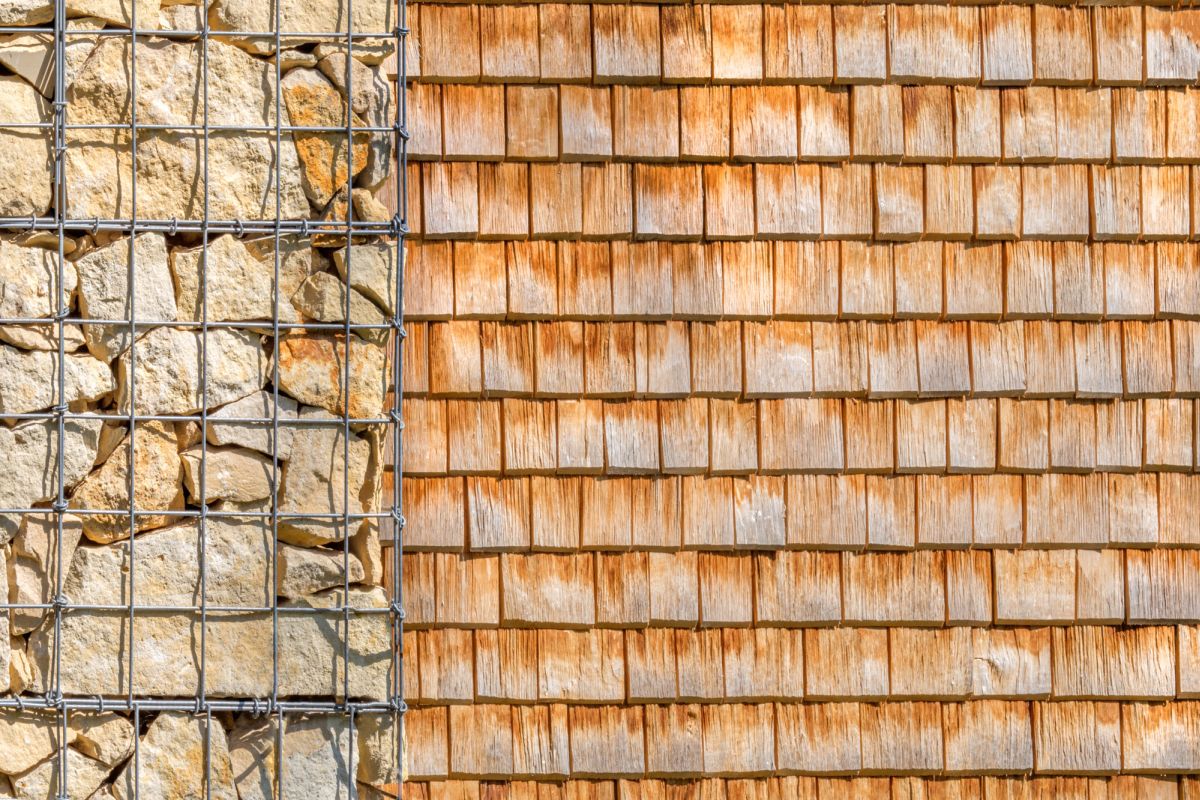 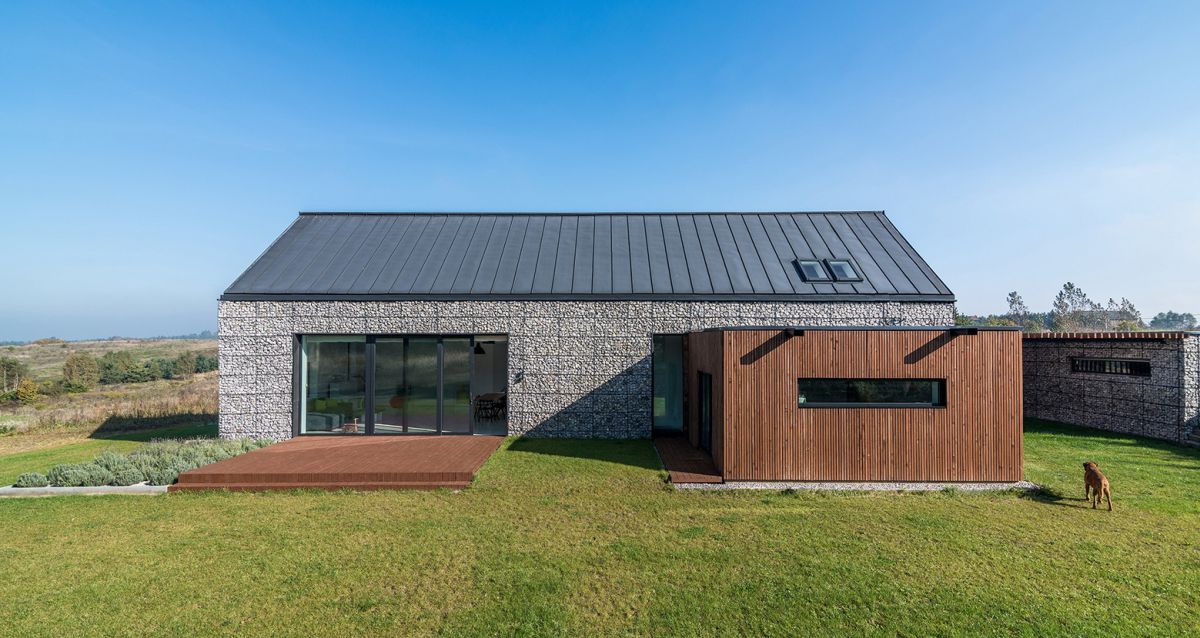 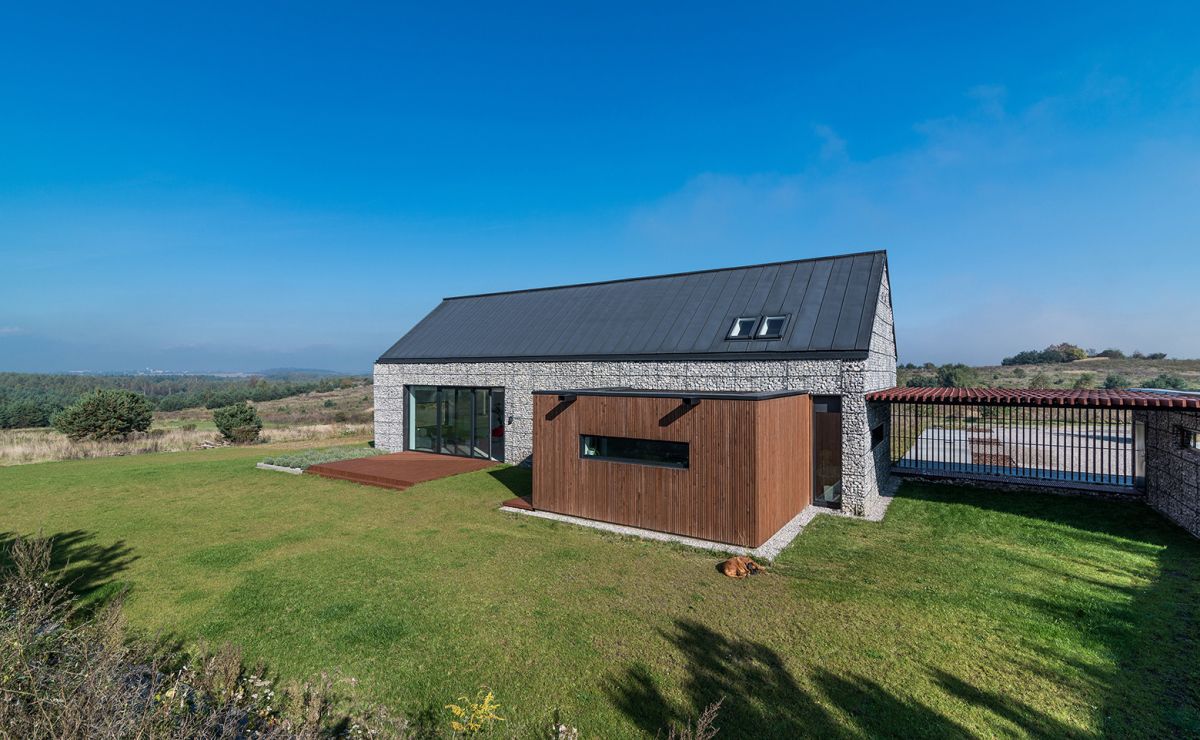 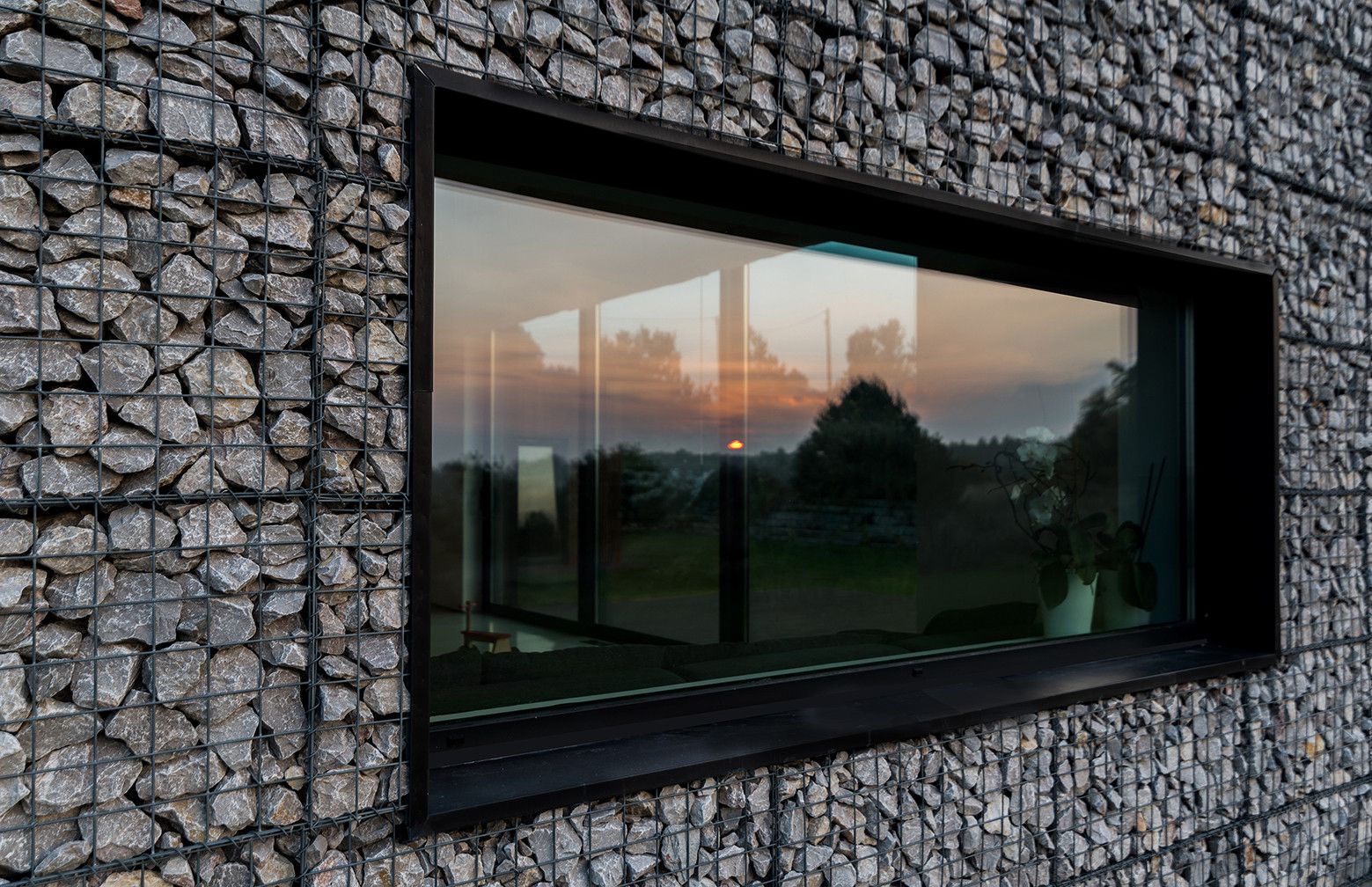 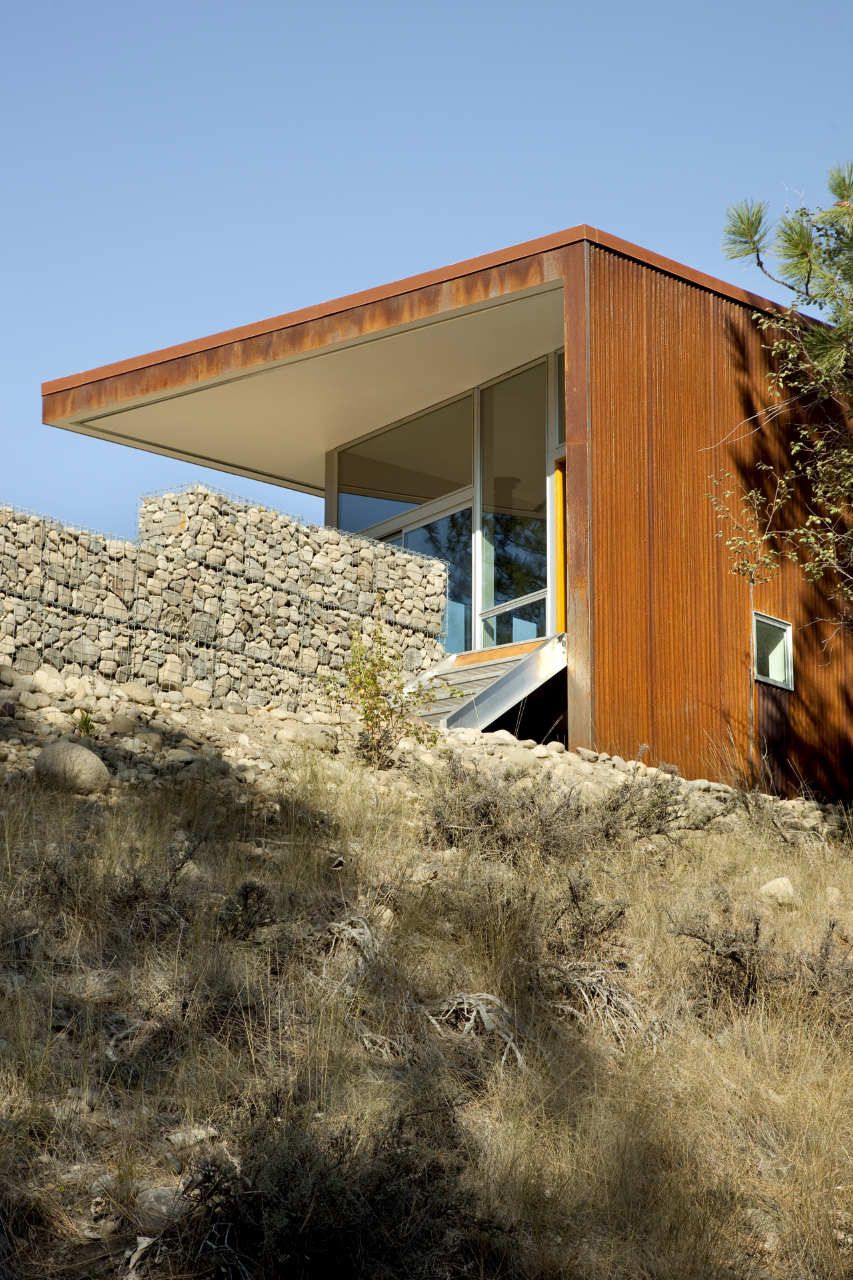 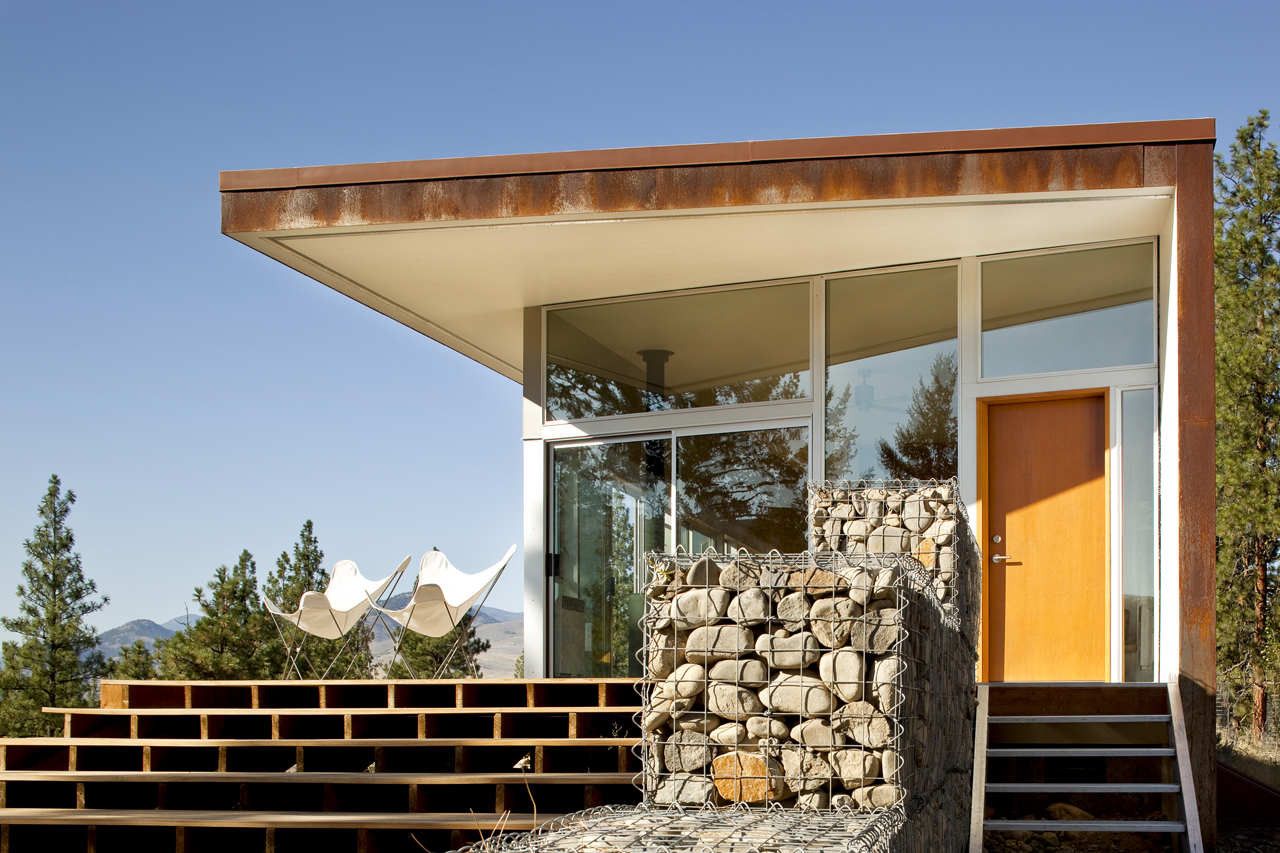 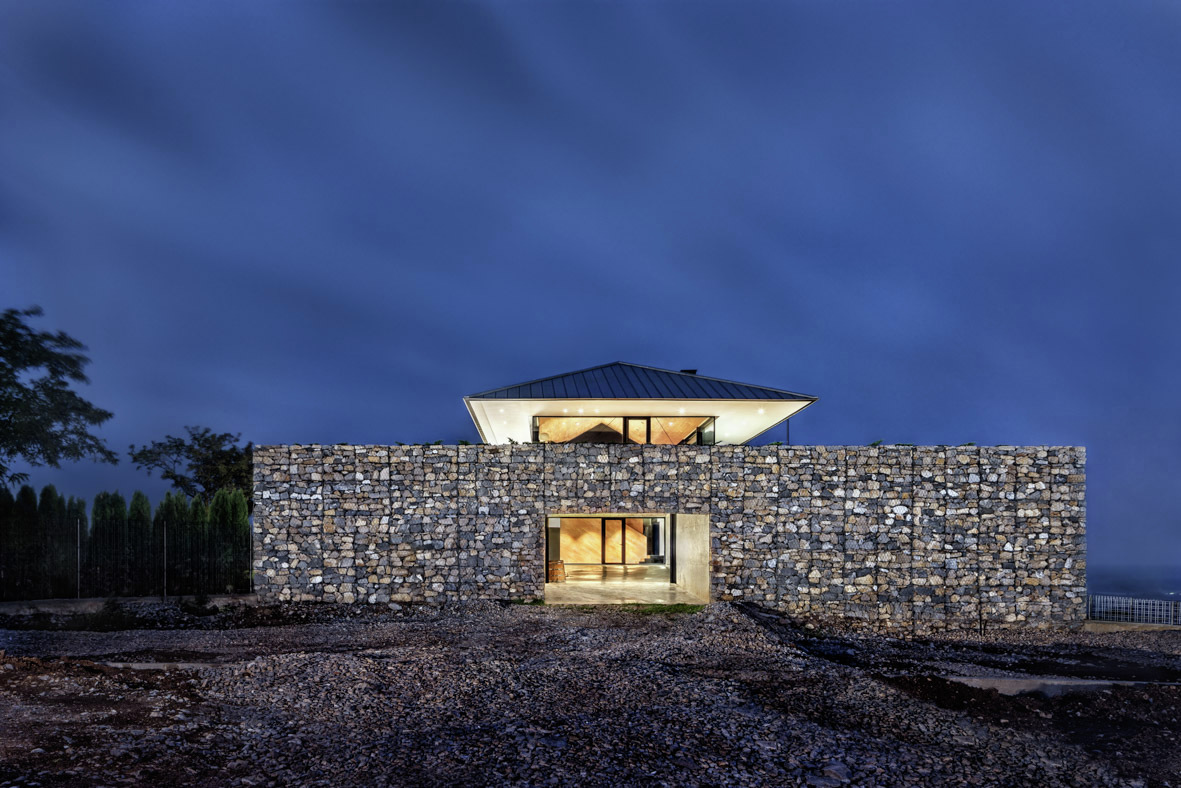 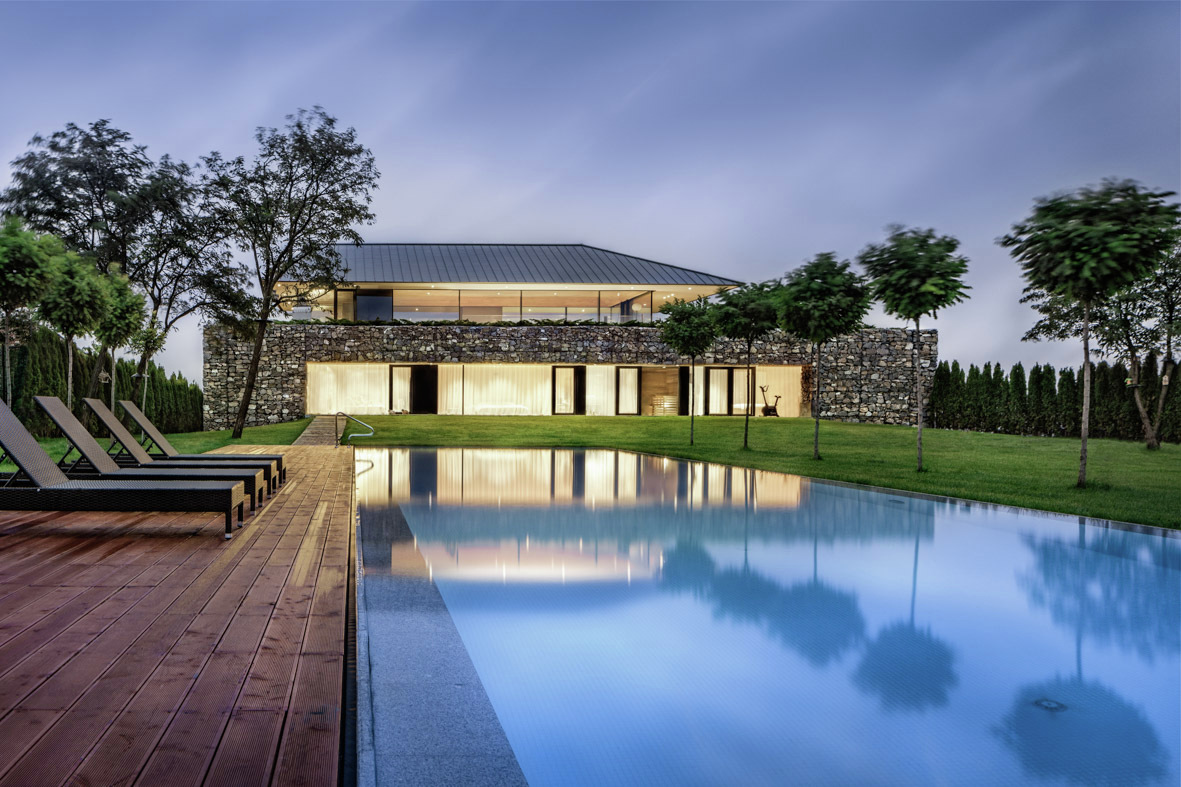 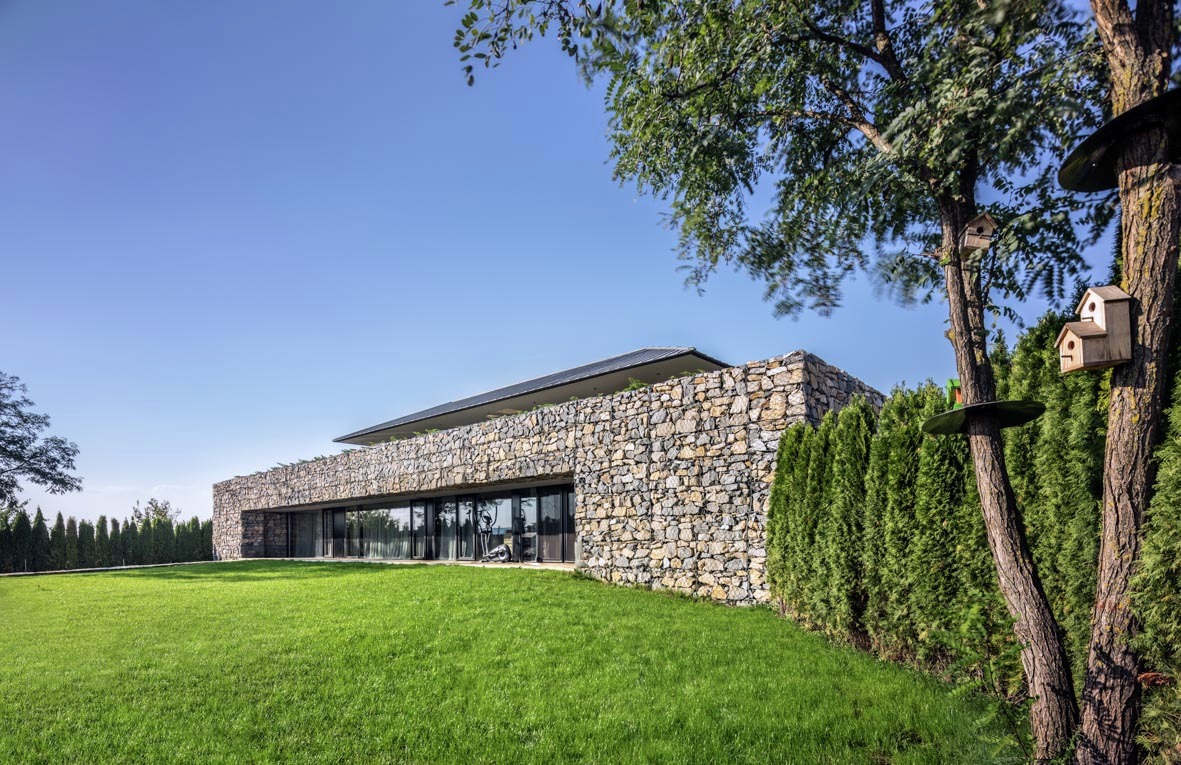 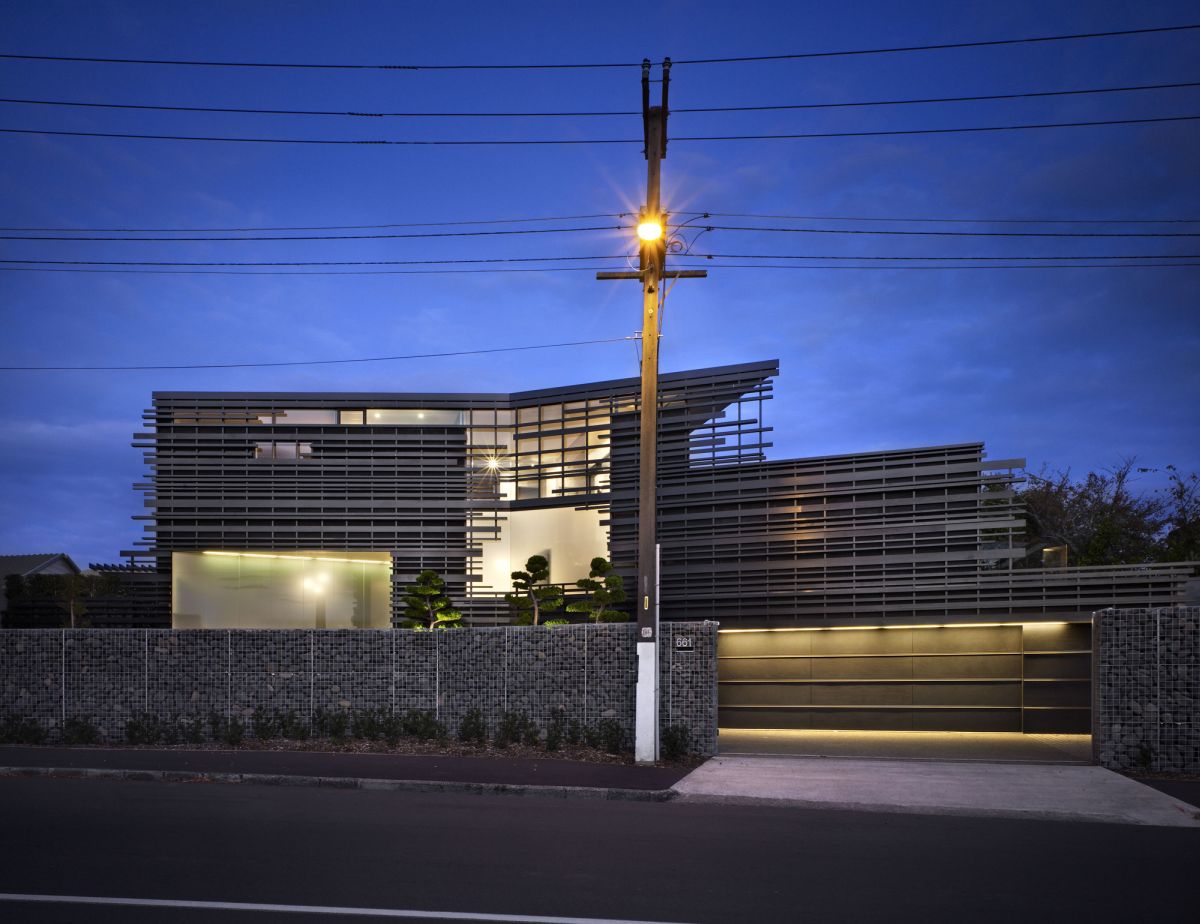 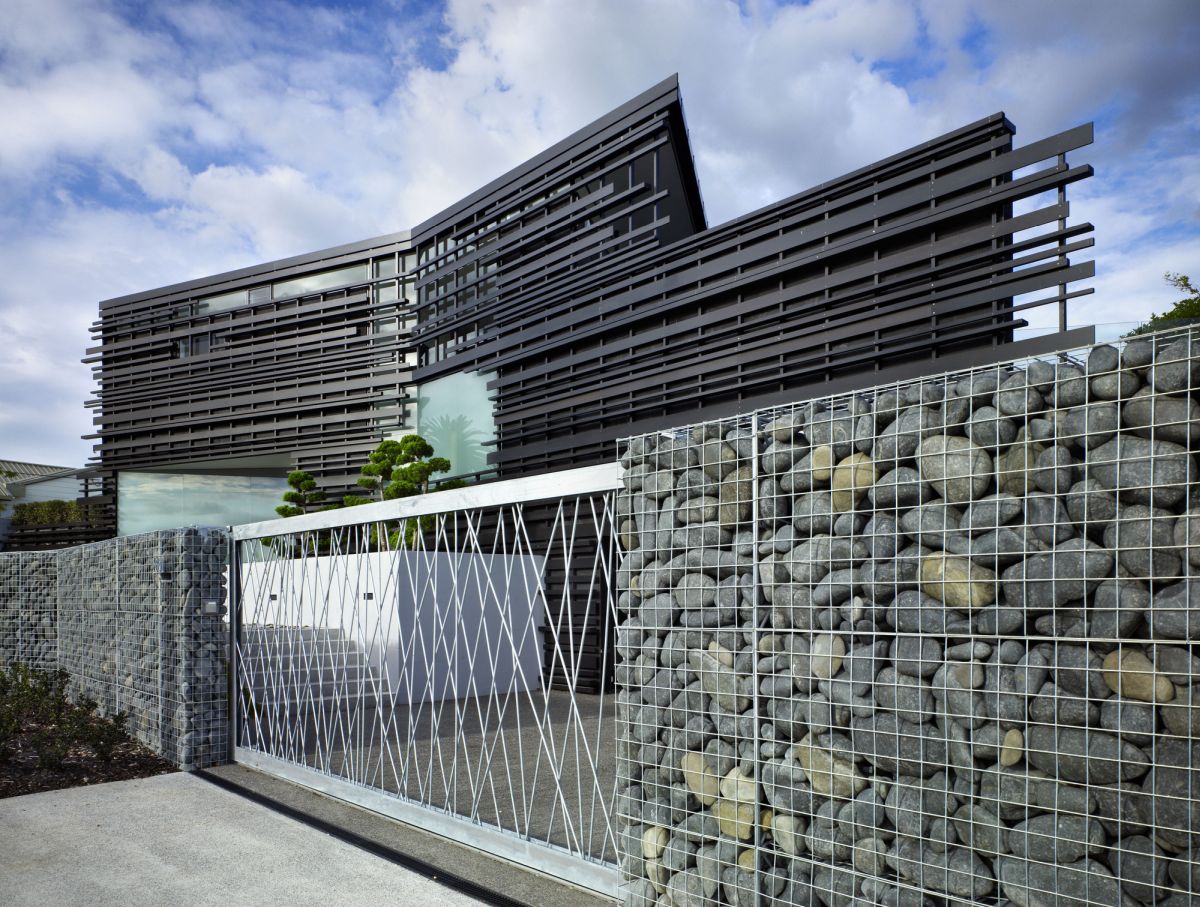 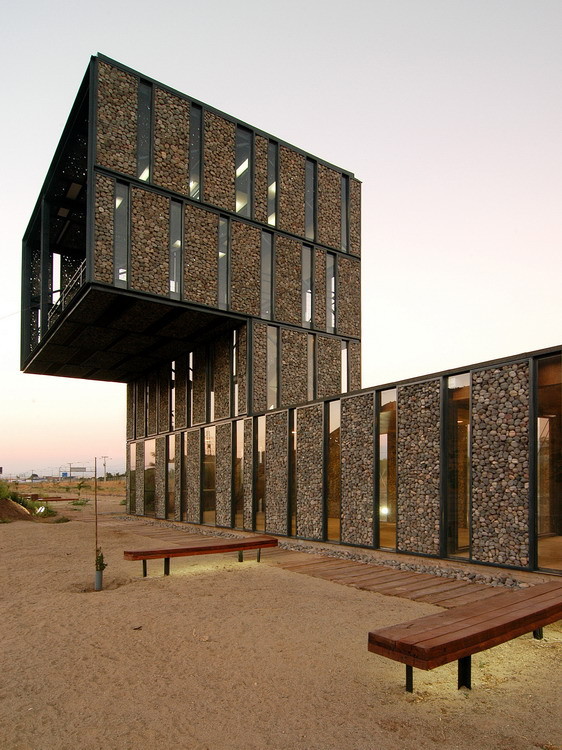 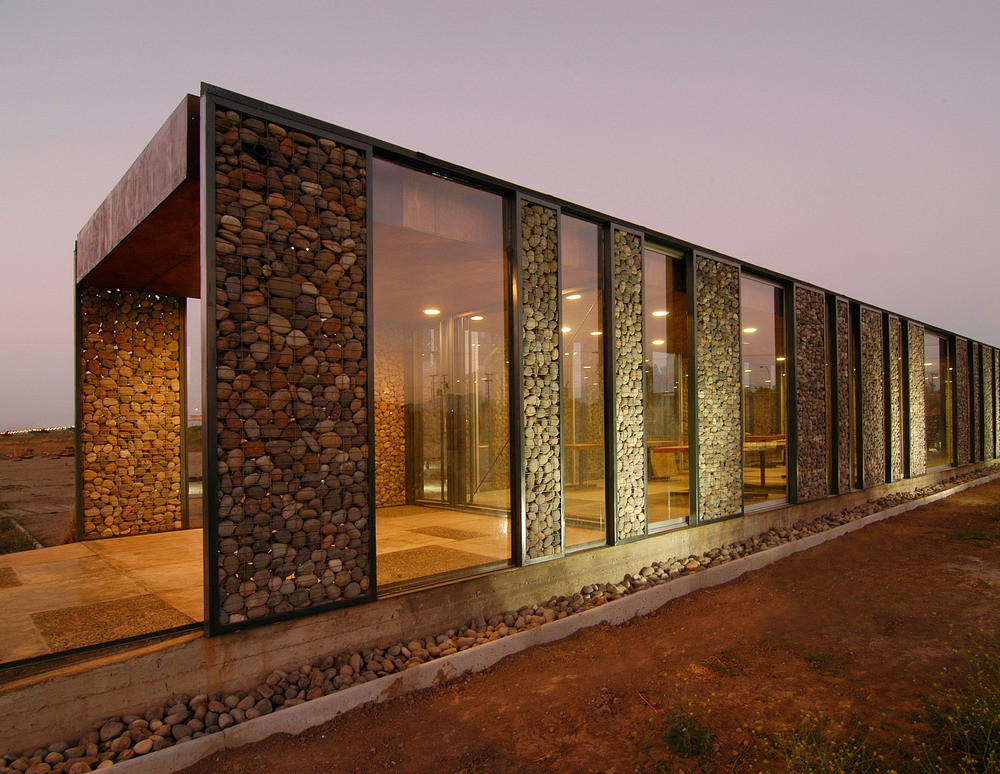 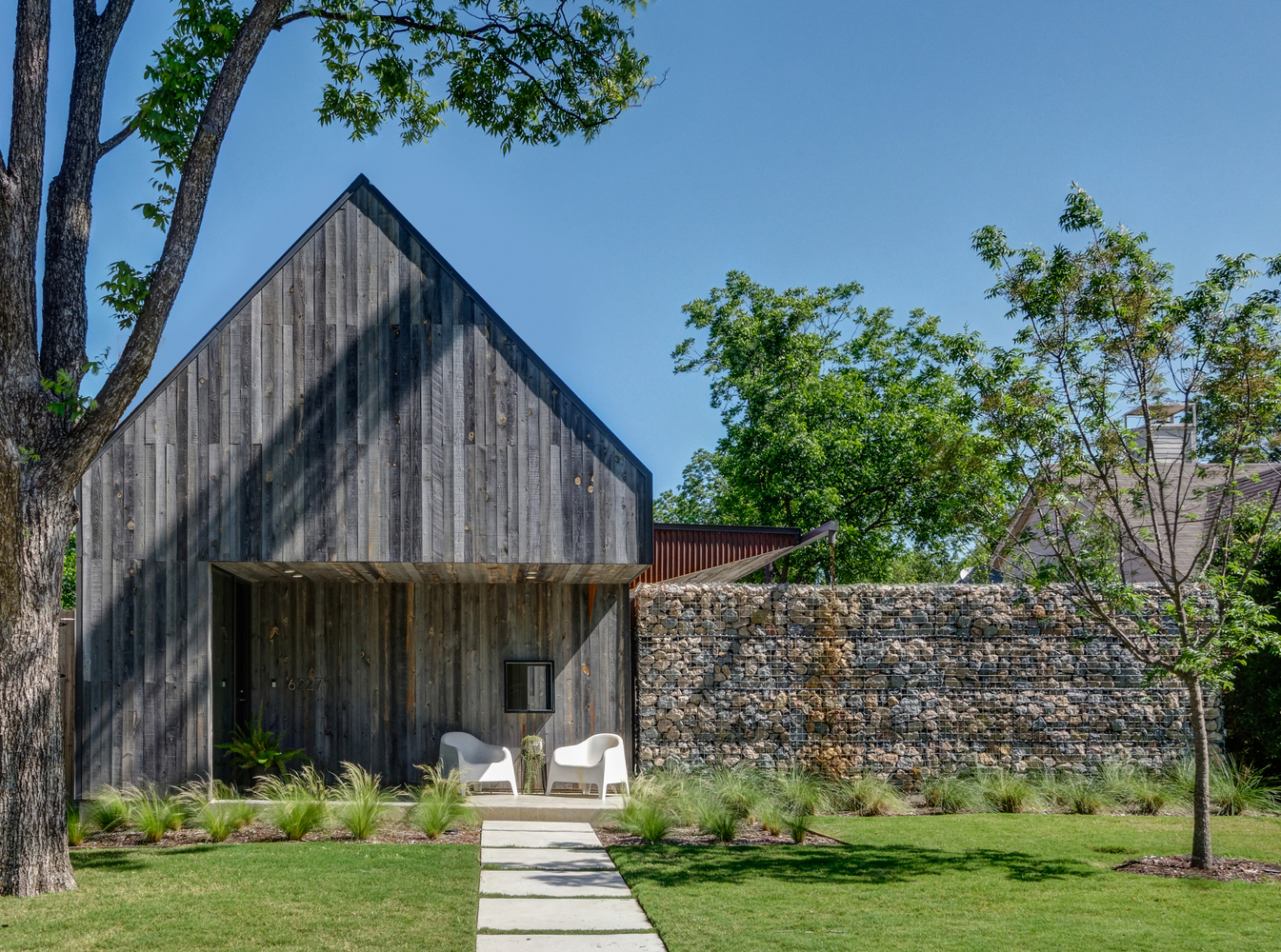 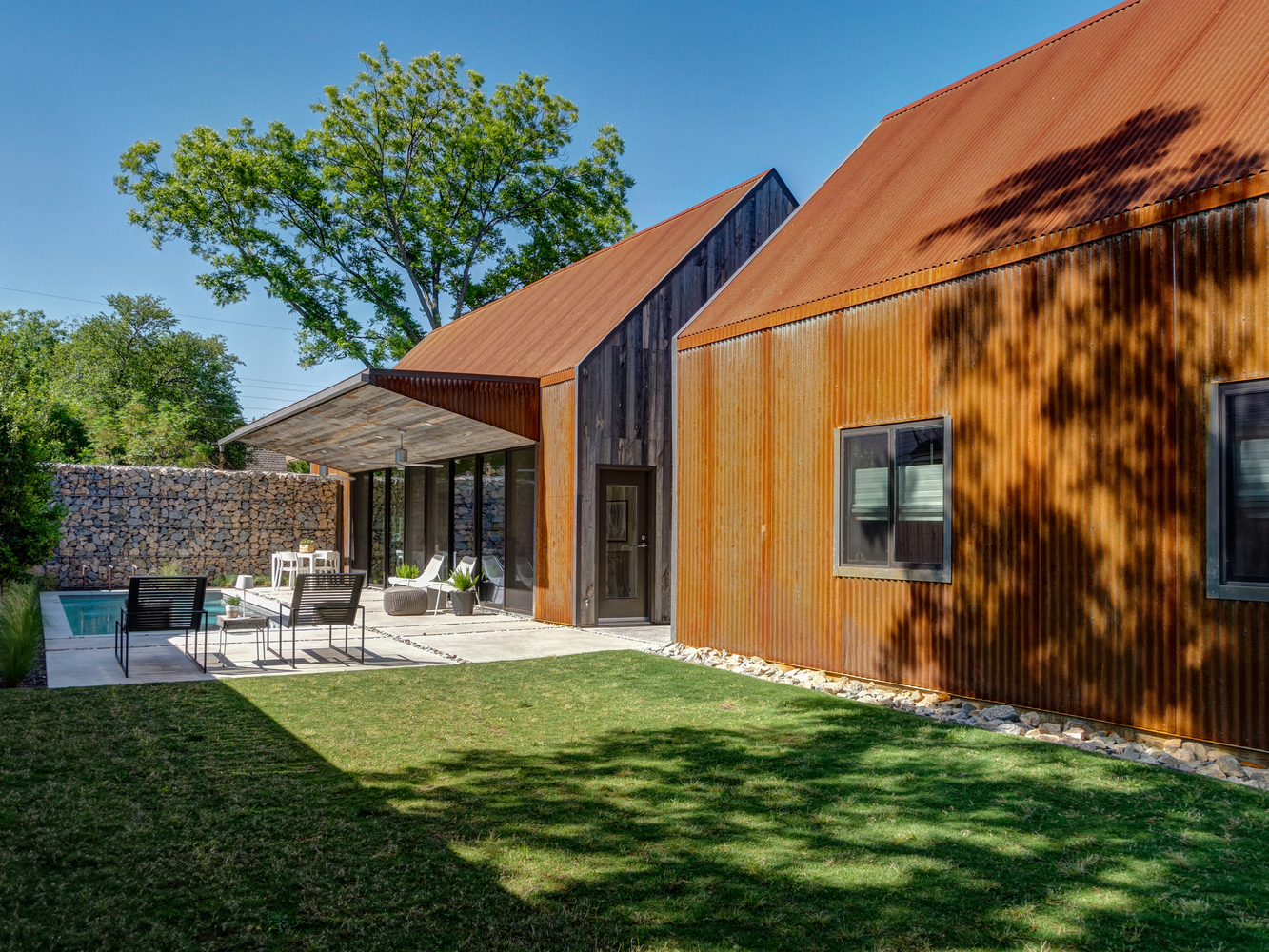 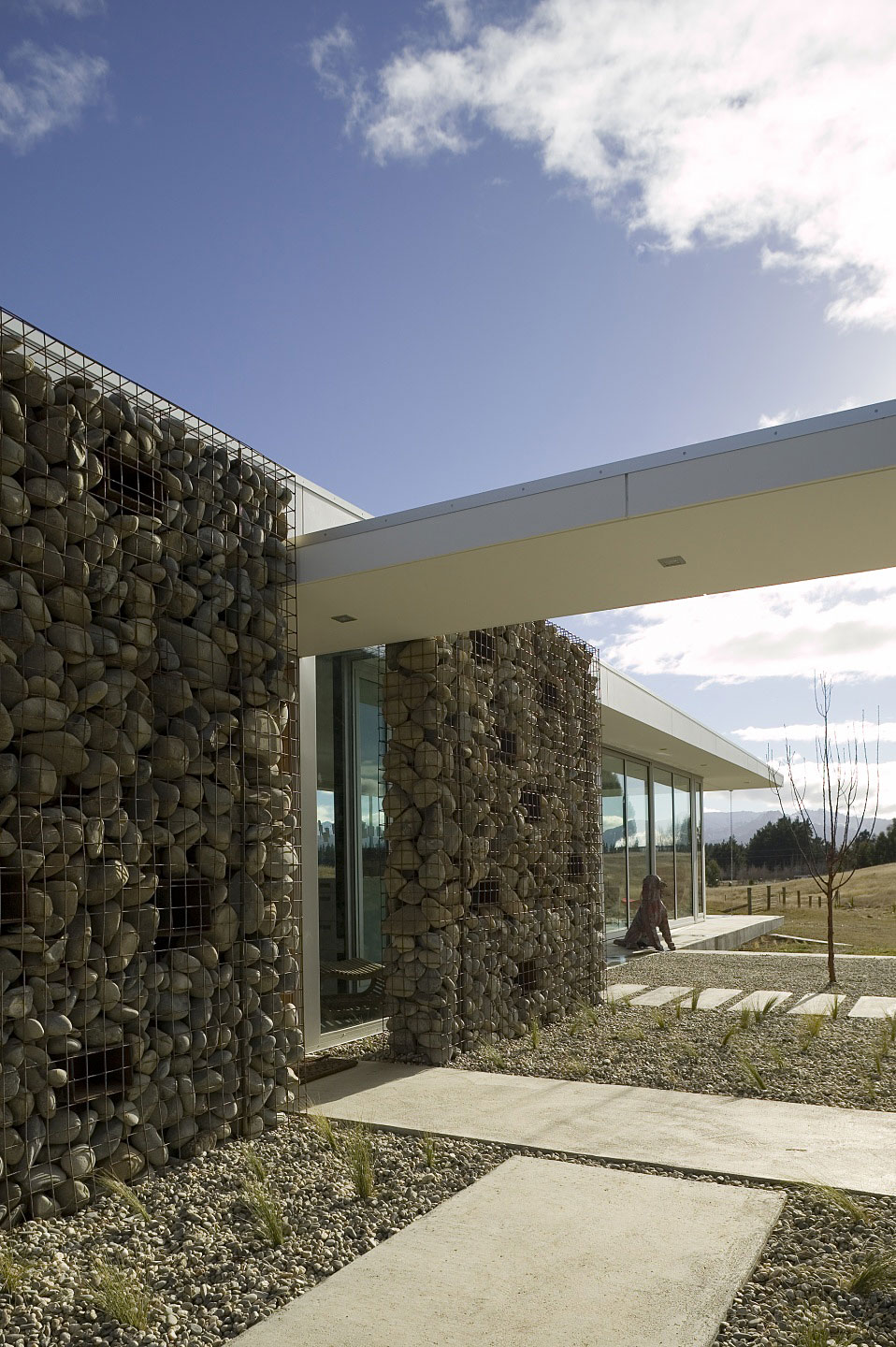 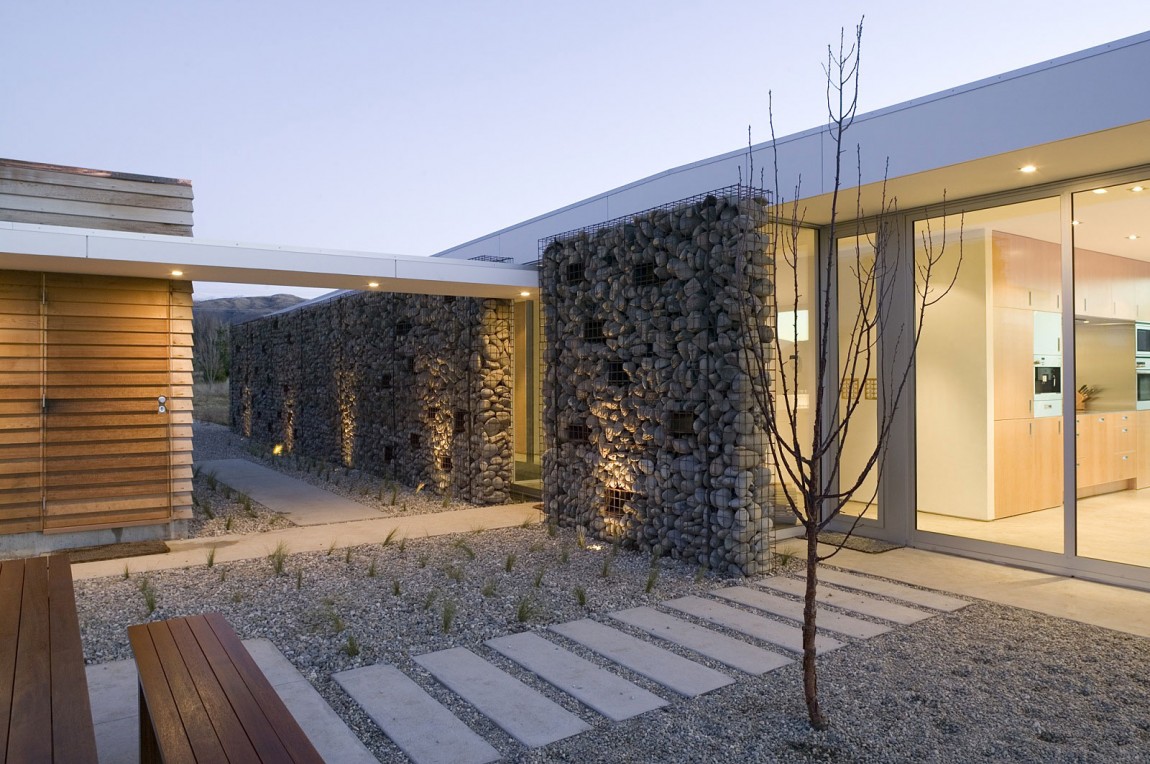 Gabion walls are linked to a very old building technique which, surprisingly, is still being used today. In fact, there are plenty of contemporary projects that use gabion walls in various different situations and designs including building facades and property fences. Gabions managed to maintain their usefulness throughout the years because of a few distinct characteristics that define them. For example, they’re great at stabilizing banks and slopes and directing the flow of water around buildings and they’re also appreciated for their modularity. In addition to that, a lot of modern buildings use gabion walls in their construction for the looks.

This house was completed in 2009 by Parque Humano. It sits on the edge of a hillside overlooking the Montaña Monarca valley in Morelia, Mexico. The use of gabion walls is both practical and aesthetic. The whole building was designed to resemble a large stone mass, one of the goals being to draw inspiration from the renaissance period.

Called A Little House in the Forest contrarily to its dimensions and imposing stature, this villa was designed by Barycz and Saramowicz Architectural Office. Structurally speaking, it’s a mass of gabions and shingles on a site covered with trees and bushes so it looks robust and a bit intimidating but at the same time it has a pretty close and natural connection with the landscape.

The surroundings had an important role in shaping the design of this house in Poland. The house was designed by Kropka Studio. It sits on a sloping site framed by agricultural fields, an old stone church and ruins of the  Morsko and Ogrodzieniec castles. It’s these elements that inspired the architects to use gabion walls, the strategy being to let it become a part of the surroundings.

Gabion walls were also successfully integrated in the design of a very special resort located in Phetchaburi, Thailand. The base concept used by Duangrit Bunnag Architects was a simple one: the integration of the estate in its natural context. The intent was to focus on nature and thus the architecture and the design had to be simple in order to allow the pure and beautiful surroundings to be appreciated and enjoyed.

In the case of the Hill House, the gabion walls are not integrated into the structure of the building itself. They were used by architect David Coleman to create a divider/ fence. The house in located in Winthrop, Washington and its design is simple and modest, the goal being to allow this sustainable building to connect to the landscape and to adapt to the needs of its occupants as well as the changes that occur around it.

When designing this house, I/O architects faced two very distinct challenges: the need for privacy and the desire to emphasize the panoramic views. The house sits on a hill in Northeast Bulgaria and has a good view of the distant surroundings. The design strategy was a very ingenious one. The architects built gabion walls and created a sort of protective frame around the house, making sure not to obstruct the views.

Gabion walls surround this house that Bossley Architects built in Auckland, New Zealand. They form a barrier between the site and the neighboring properties and at the same time ensure privacy from the street. A boundary line was required given how close the house is to the street.

In 2005 Polidura Talhouk Arquitectos created the new Metropolitan Park South as part of the Green Plan program. The goal of this big project was to increase the amount of green space per inhabitant in the south of Chile. Since being close to nature was the whole point of the entire project, the architects envisioned this center as a combination of glass and gabion walls which offer strength and stability while also embracing the views.

This is Casa Linder, a family home located in Dallas, Texas. It was designed by Buchanan Architecture and it blends contemporary and traditional features. The owner had a fondness for reclaimed materials so the architects found a way to incorporate that in their design. They were also inspired by the historic architecture of the area. The design incorporates gabion walls, reclaimed wood and metal and simple forms which ensure a friendly and familiar look.

Looking at it from a distance, you can see that this residence doesn’t stand out much. Its design was carefully planed to allow it to blend in and to match the surroundings. Paul Weiner | DesignBuild Collaborative used as inspiration the surrounding landscape, in particular the rocky formations and the desert atmosphere. They used simple materials and colors that matched the landscape. The gabion walls were a perfect fit so they were used to create fences around the house.

The gabion walls that were made a part of the Wanaka House located in New Zealand are quite special. They’re sculptured and they feature these hollow sections that resemble windows. The design was created by Crosson Clarke Carnachan Architects studio.