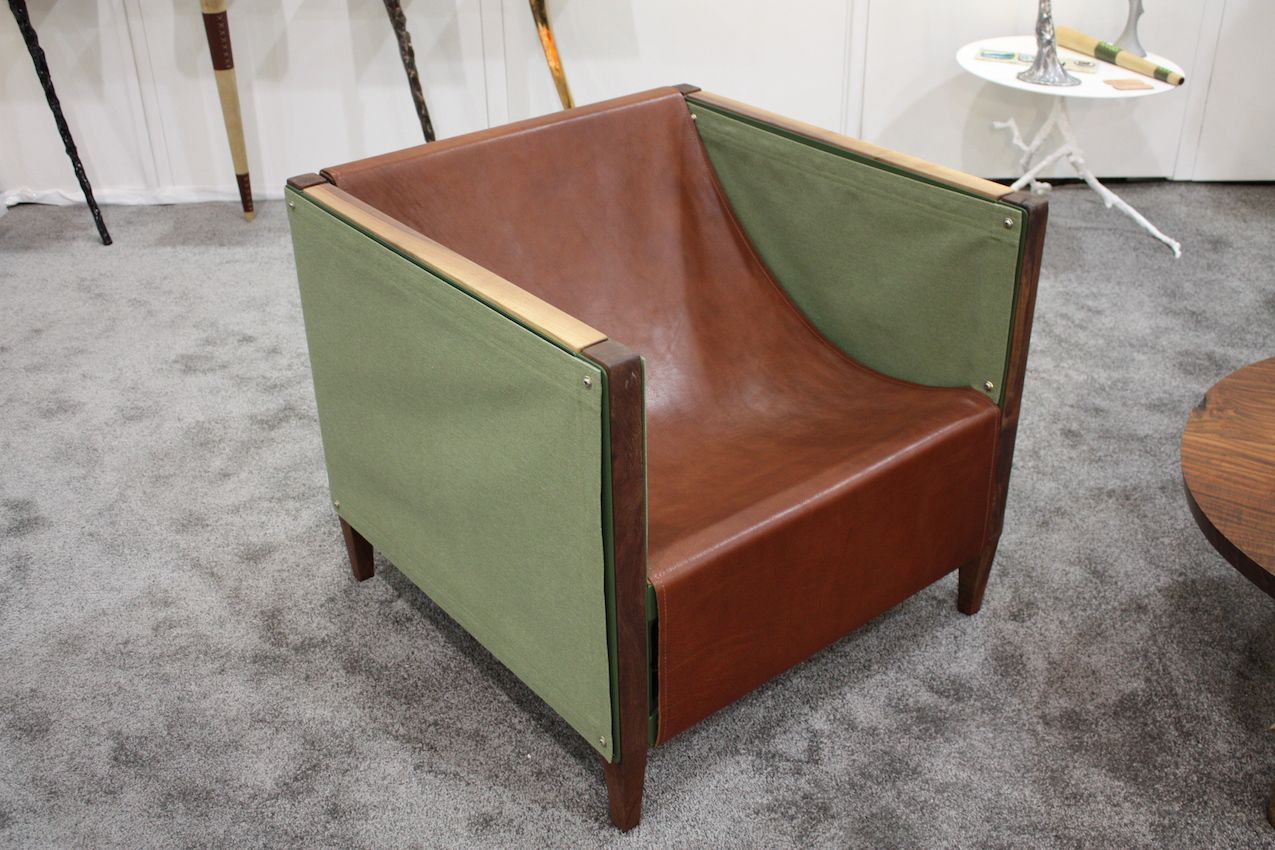 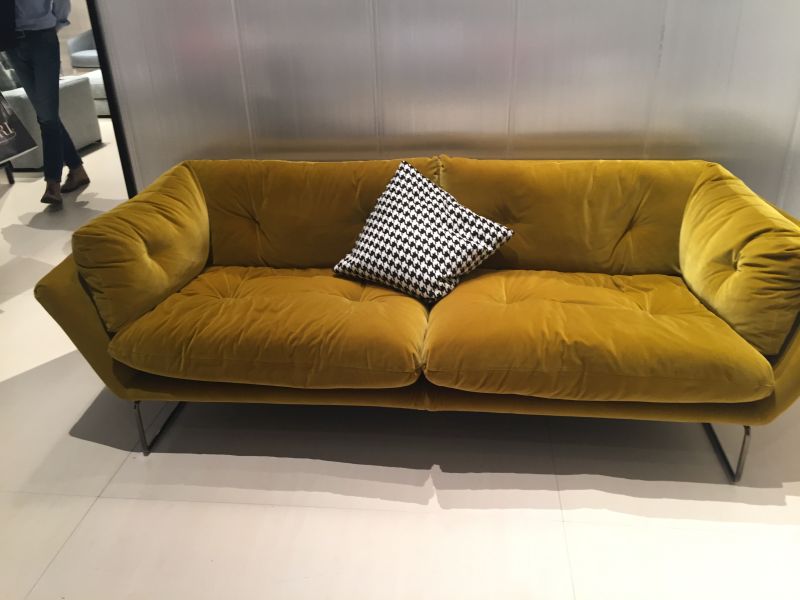 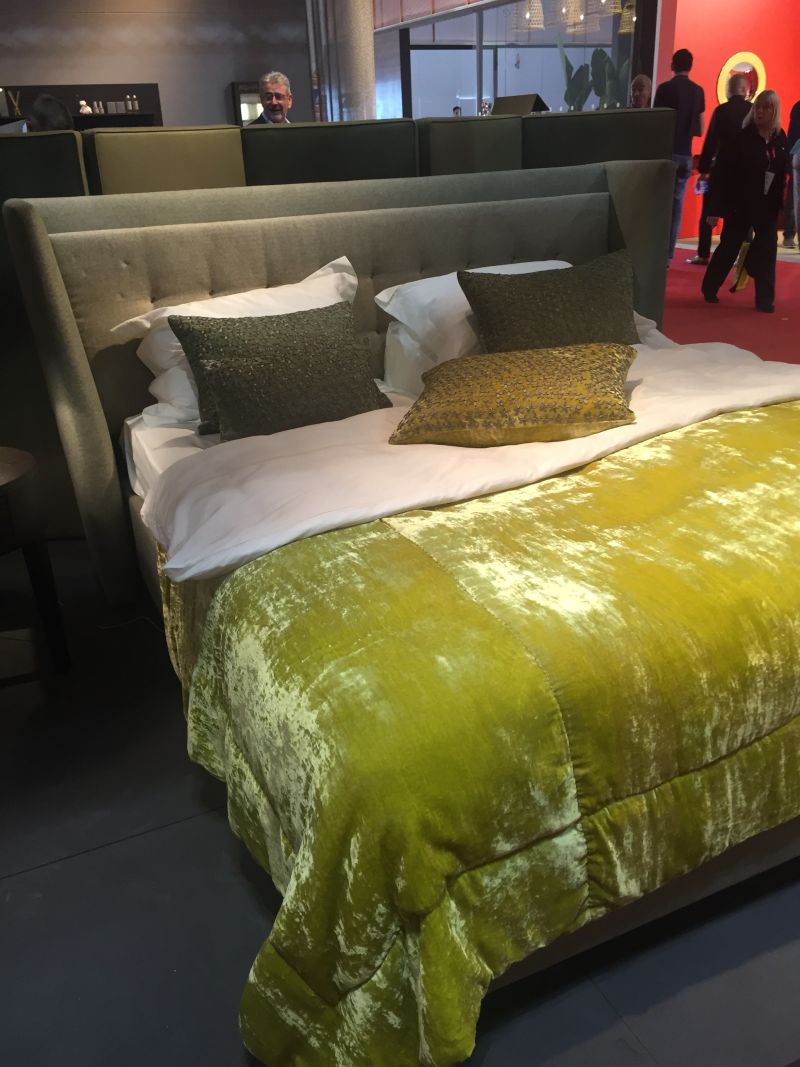 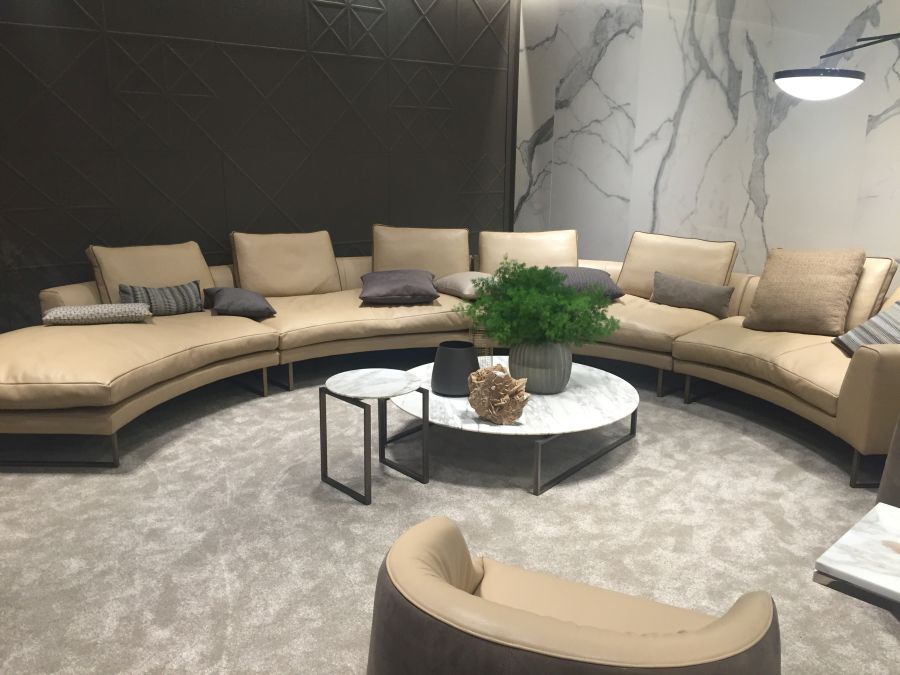 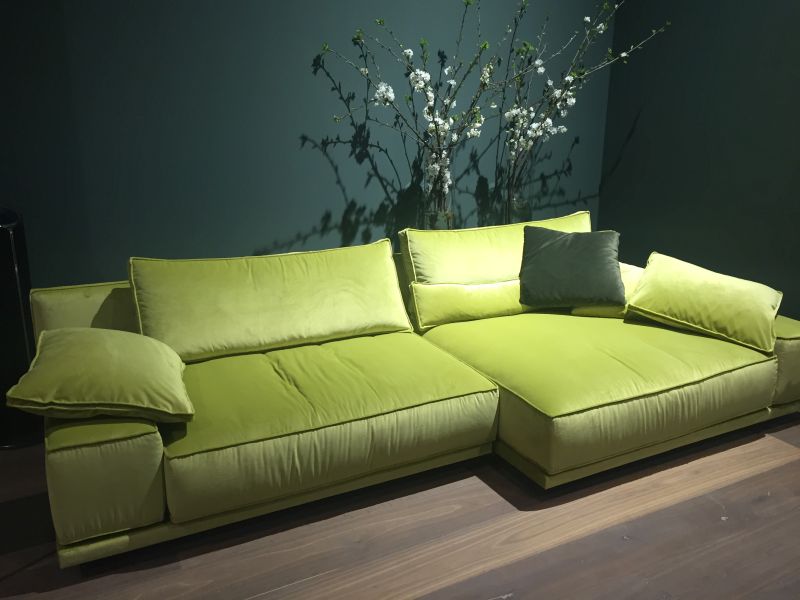 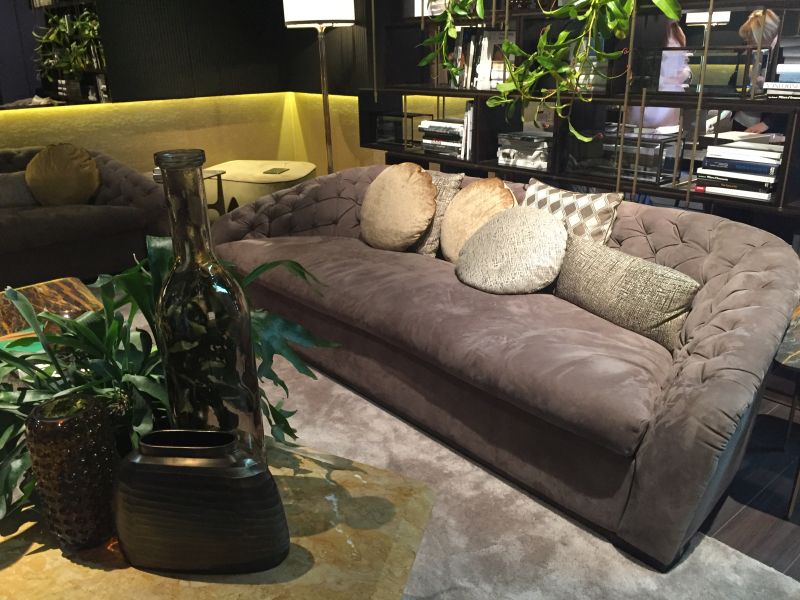 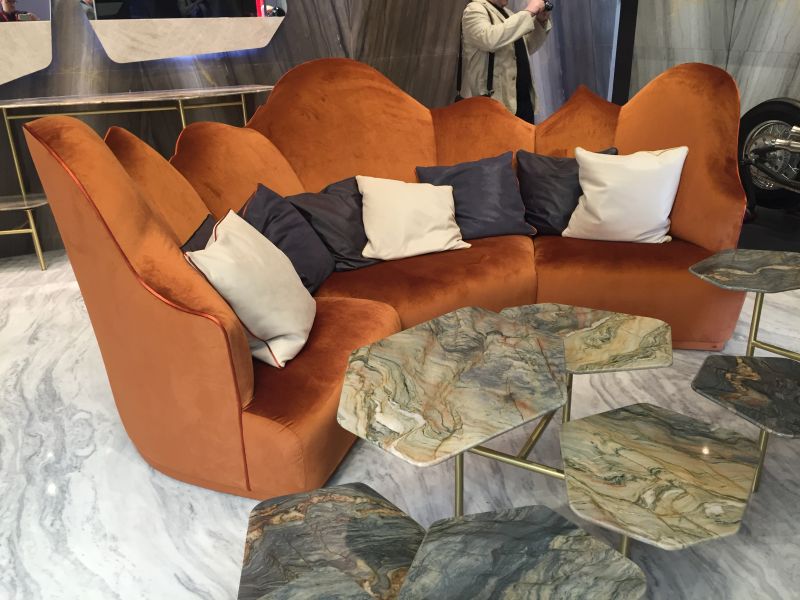 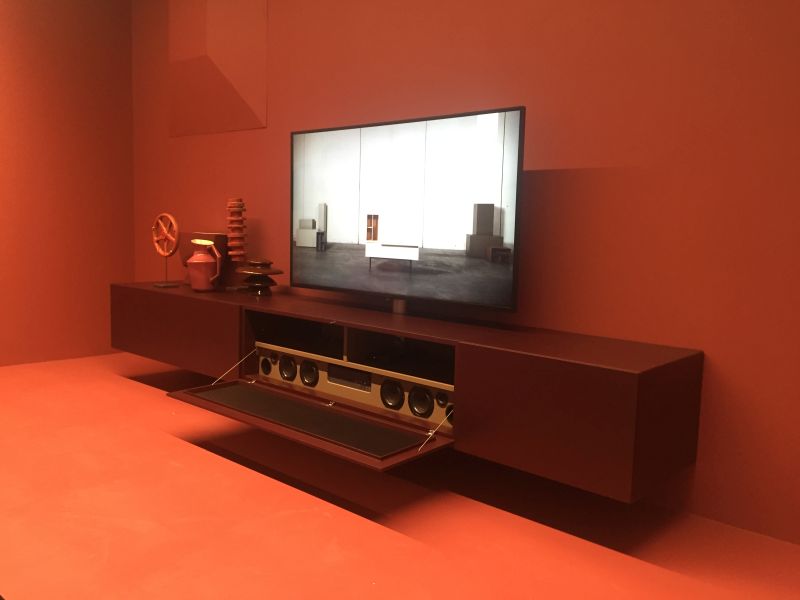 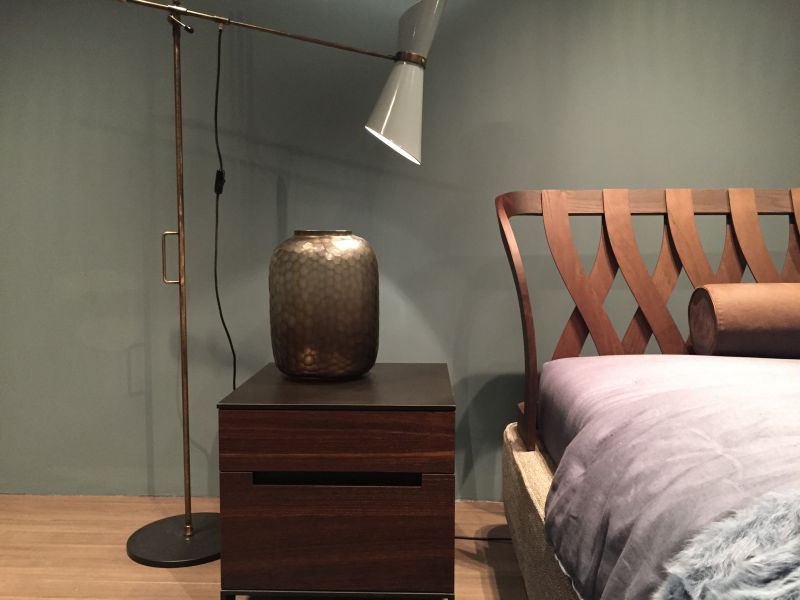 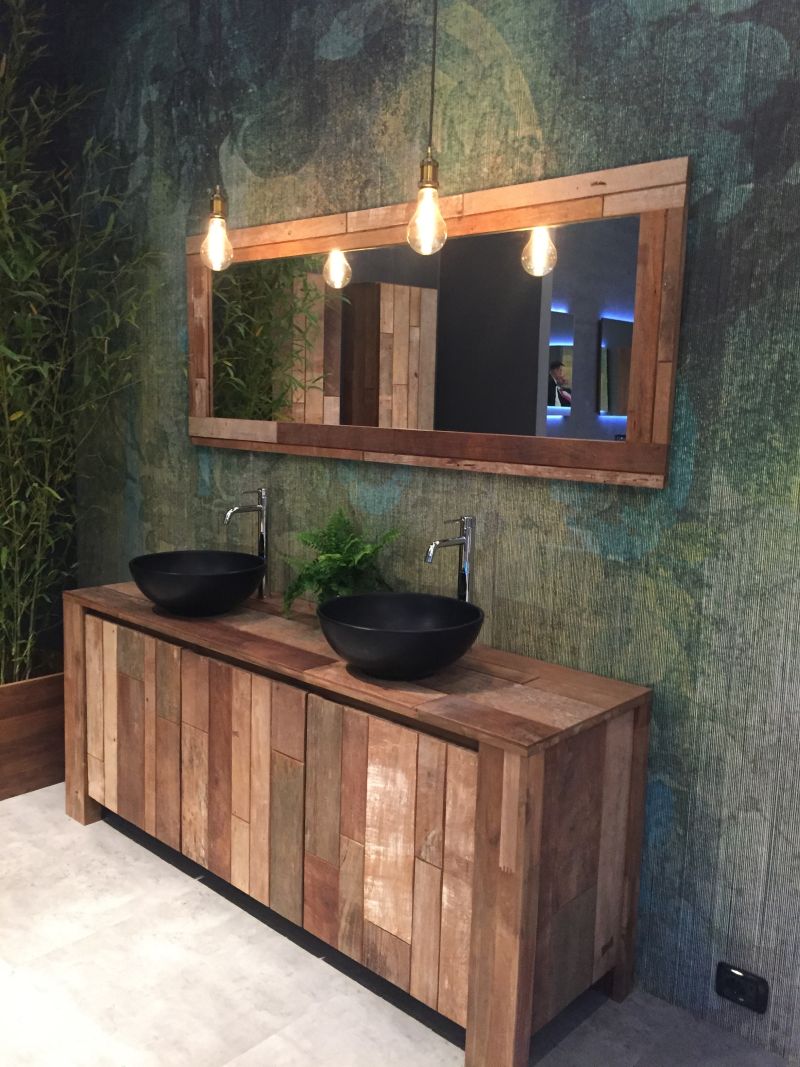 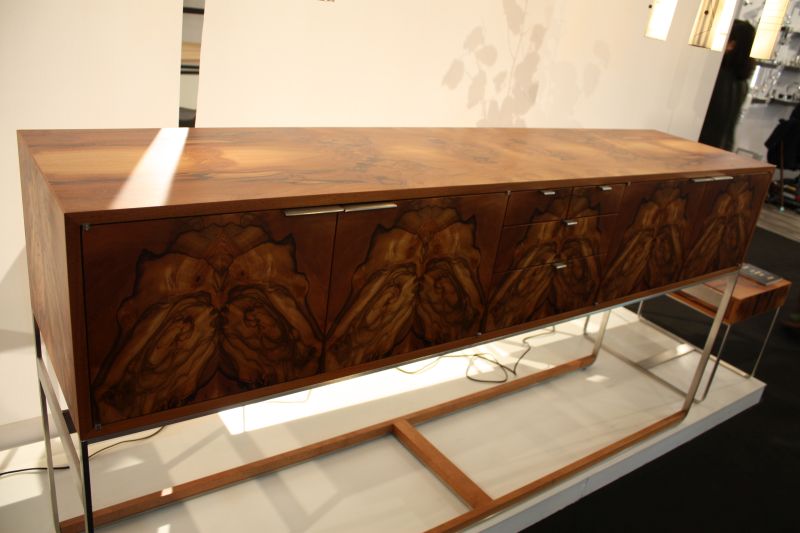 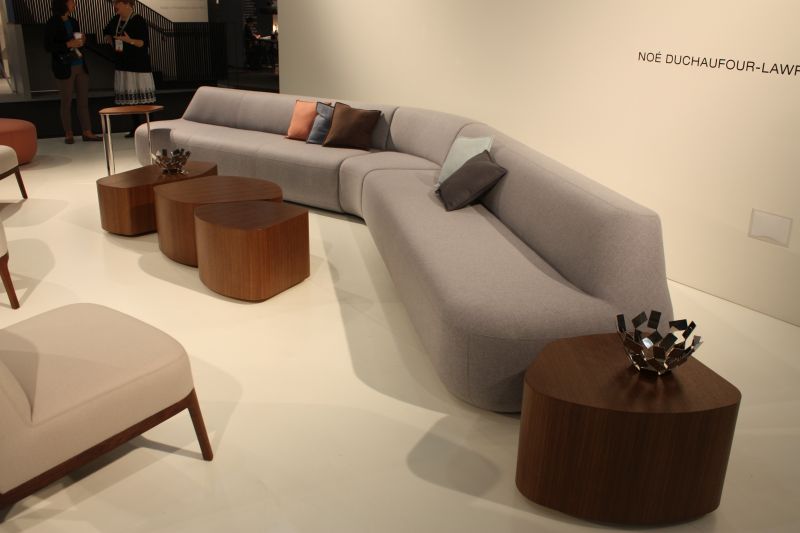 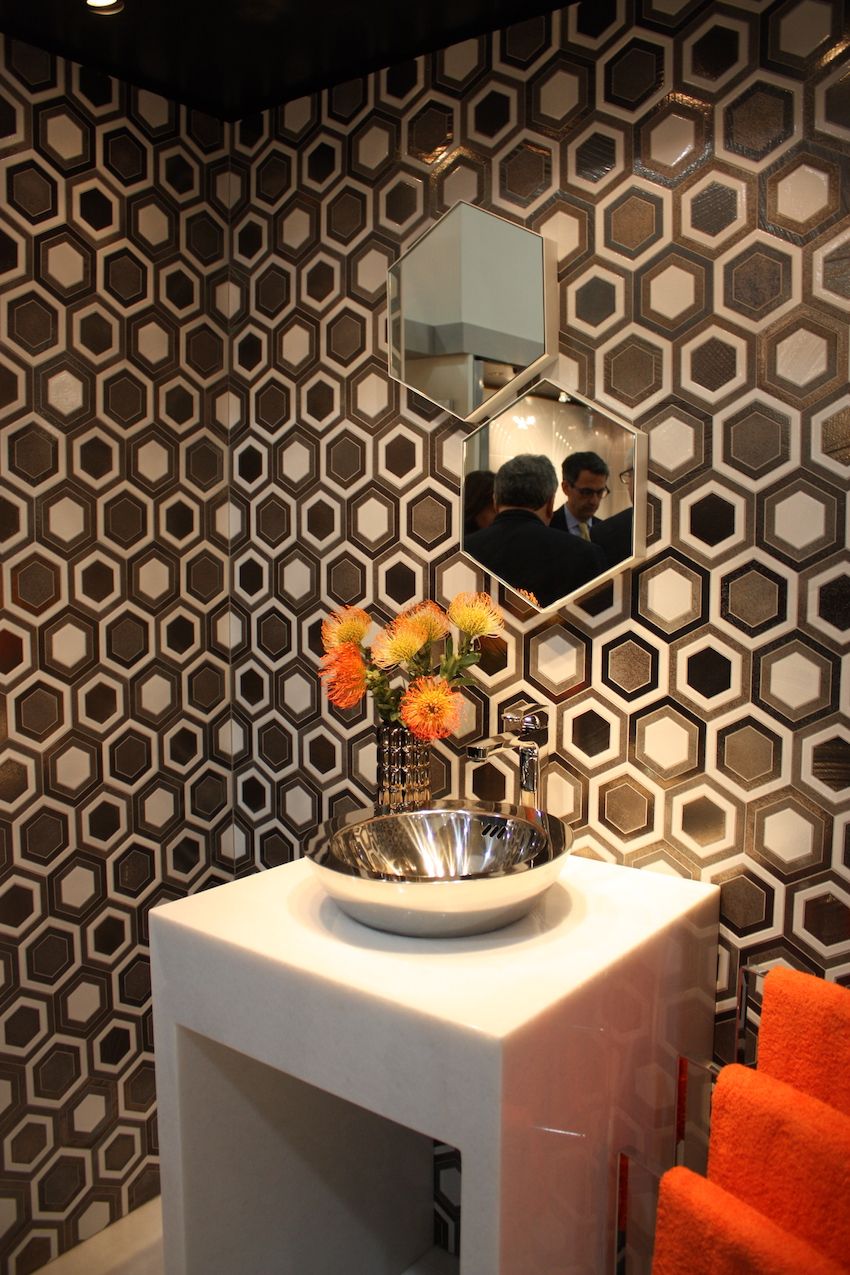 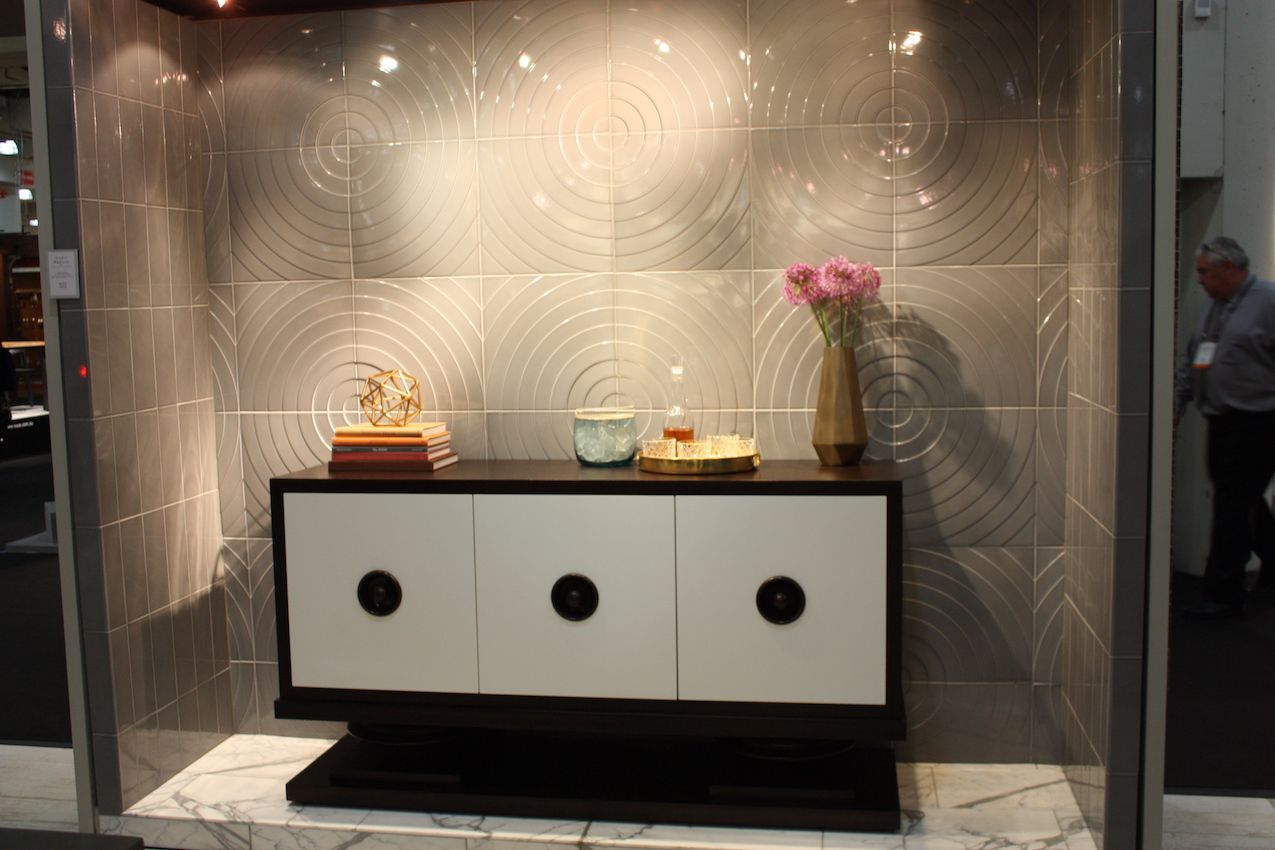 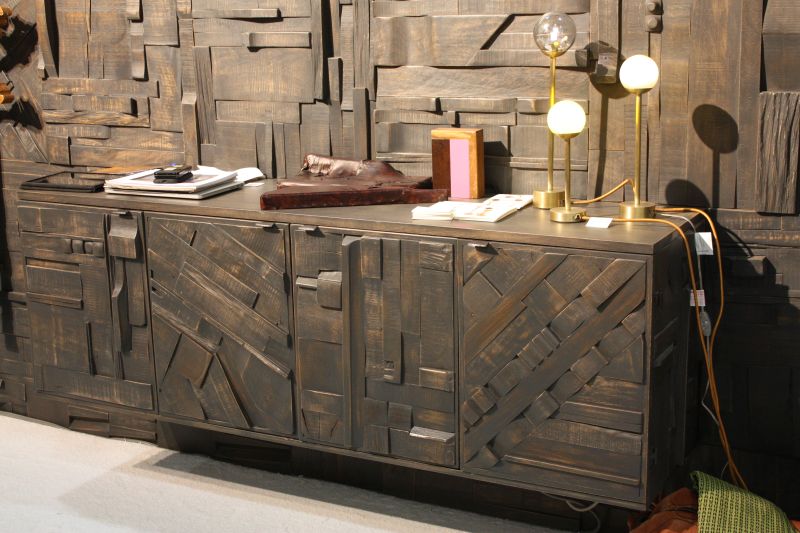 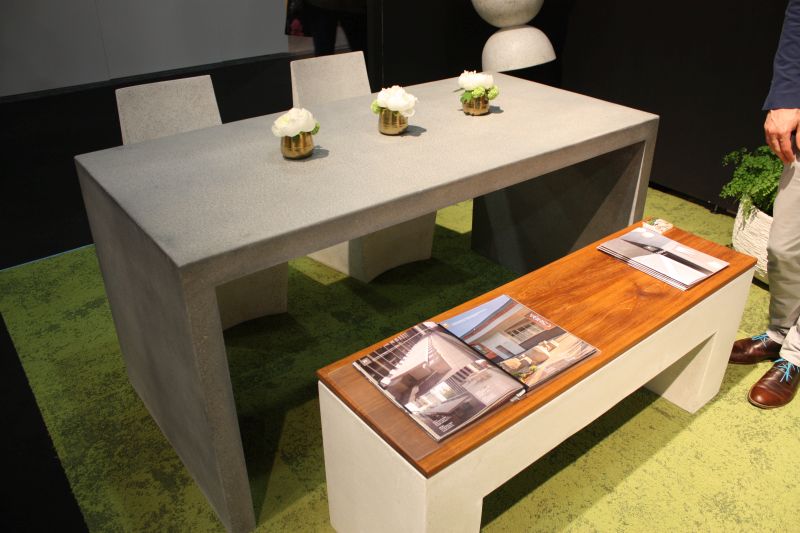 What do you think of when you hear the phrase, “earth tones”? Does it make you want to toss your sneakers and deodorant to the curb and start out on a walk-a-thon across your country? Probably not something that extreme, but the term definitely tugs on many people’s organic heart-strings.

If you’ve heard the phrase but aren’t quite sure what they are, earth tones are simply colors that drawfrom a color palette from, well, the earth – plenty of browns, tans, warm grays, and greens. The colors themselves have a reputation of being somewhat drab, but there are plenty of ways to incorporate these gorgeous foundational hues into your décor in a modern, exciting way.

While metallic aren’t technically considered “earth tones,” (they’re like their whole separate category), when you look at the base of the metals, they are in fact shades of brown and grey. They have a fresh appeal when used together in a modern setting – grounded, natural-feeling colors presented in a modern metallic way.

Because they do, in fact, stem from earth’s offerings, earth tones have been around forever – even used during the Middle Ages and Renaissance. But a modern take on earth tones is both possible and, depending on the design space itself, recommended. Start by changing up the sheen – a mustard-orange shade of brown looks comfortably at ease in a luxurious velvet upholstery with plenty of luster.

Similarly, a yellow-green chartreuse color simply beckons to passersby to come be stroked in a fantastic velour bedspread. This is similar to the effect of moss growing on a stream-side boulder, don’t you think? So much softness, you almost can’t help but reach out and touch it.

Tan is one of the most popular and frequent earth tone used in décor, largely because it truly is one of the most neutral of neutrals. Used on uniquely shaped upholstery, such as a semi-circular sectional sofa, it loses its wallflower tendencies and steps confidently into the spotlight.

A little bit of modern asymmetrical design, such as the placement of this off-centered headboard, really contemporizes these earth tones that have been around for centuries. Unexpected decorating strategies such as this pull out a bit of pleasant perkiness where ordinary décor would have been.

Despite their general reputation, earth tones needn’t be solely flat, muted hues. They can be vibrant and rich, too, emulating the natural colors found in moss and on trees. We love the vibrant apple green sectional here against dark, storm-inspired walls.

Plenty of mixed patterns on a variety of throw pillows helps to break up, visually, a chunk of an earth tone in the form of a sofa. And green plant life is always a perfect addition to any organic-infused space.

As has been discussed, earth tones refer largely to the muted colors associated with (surprise!) the earth. The names of such colors include but are not limited to brown, umber (the color of this fantastically unique sofa), brick red, terracotta, yellow ochre, warm grey, burnt sienna, tan and shades of green such as moss. “Earth tones are ancient colors, and several, such as umber, were originally created from ground clay or earth.” A customized, modern sofa is the perfect skeleton for such an “ancient” color as umber…but with plenty of sheen to bring it to life, too!

Let’s talk about umber and burnt sienna and the red rock of the US Southwest. The richness of these colors is inherent, but their tint and tone can be varied to create a vibrant and warm analogous color scheme. Keep the lines simple and the fixtures on the modern, streamlined side for maximum appeal.

Often, people focus on the brown aspects of earth tone colors – beach sand, wood planks, or mountainside brush – but in reality, grey is an earth tone as well. Think of the rocks and boulders apparent in nature, or even dark clouds. A great way to balance the warmth of browns and coolness of greys in earth tone color schemes is to simply combine them without apology.

Continuing the brown-plus-grey train of thought, one way to do this successfully is to vary the sheen, pattern, and/or texture of both the browns and the greys to give a crisp, intentional design aesthetic.

Speaking of modern mixes, it’s a modern decorating tendency to mix the elegance factor of earthy toned items. For example, in this instance, shiny metallic mirror frames are paired in the vignette with a rustic driftwood vanity “base.” The elements are equal in visual weight and play off each other nicely, set off by the pale dawn grey wall and cabinetry.

Rustic décor tends to inherently display earth tones, because that’s pretty much what rusticity is all about when it comes to design. Reclaimed wood, with all its varied earthy tones, makes for a beautiful statement piece and definitely puts a modern twist on otherwise aged components.

It goes without saying that a beautiful wood piece brings out the best of decorating with earth tone colors. But when that wood has gorgeous graining, is polished to a vibrant shine, and is paired with sleek contemporary lines, earth tones are going to decorate the showstopper of the entire space.

An important part of contemporary design is movement and relationship amidst unexpected pairings or groupings. This table embraces three distinct earth tones – yellow, grey, and brown – and brings their individual parts together in one fluid, gorgeous whole. Everything about this table is beautiful, and it’s made possible due to the earth tones chosen, equal parts cool and warm.

Opt for pieces with a defining feature – such as an extra-long, slim sectional sofa – in earth tones. This combines the traditional, comfortable element of color with a more contemporary slant in shape or form, which ultimately makes for a standout piece.

In an era where grey is all the rage and brown tones are less and less frequented, it’s refreshing to be able to identify brown as a valuable earth tone when it comes to decorating. Give it a modern twist with a geometric hex design on tile, and you’ve created something organically special.

Make the earth tones come alive (and, in some cases, catapult them into the modern design world) by incorporating classic black-and-white pieces into the mix. This classic color combination adds some sophistication and visual structure to the smooth earthiness of tan, beige, and other beach-sand hues.

Because of their typical soft, muted nature, earth tones do very well as a monochromatic color scheme – they just sort of ebb and flow into each other and create a really beautiful feeling in the space. To differentiate between items in a monochromatic earth toned space, try playing with subtle variations of angles, textures, and sheens.

In a nod to modern mix-and-match tendencies, pairing industrial elements (e.g., a waterfall concrete table) with organically-centered pieces (e.g., an area rug with a decided grassy look) creates an interesting and lovely space with yin and yang.