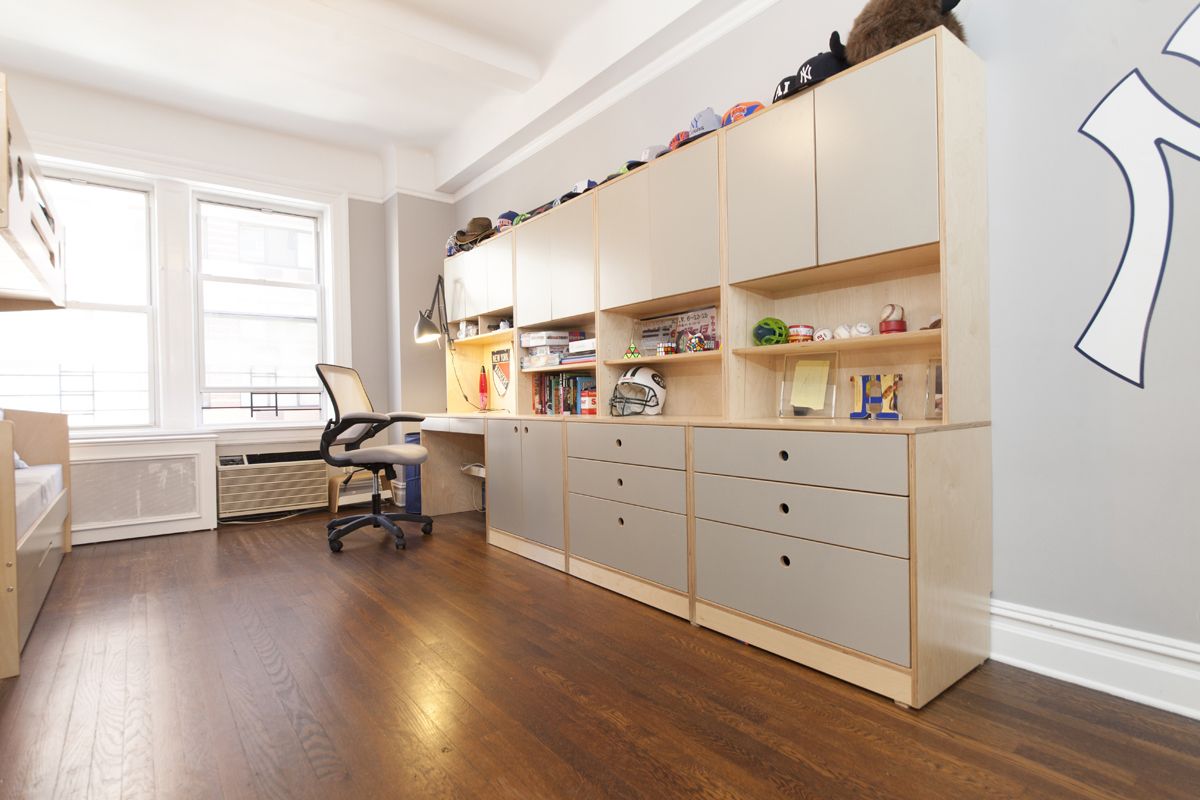 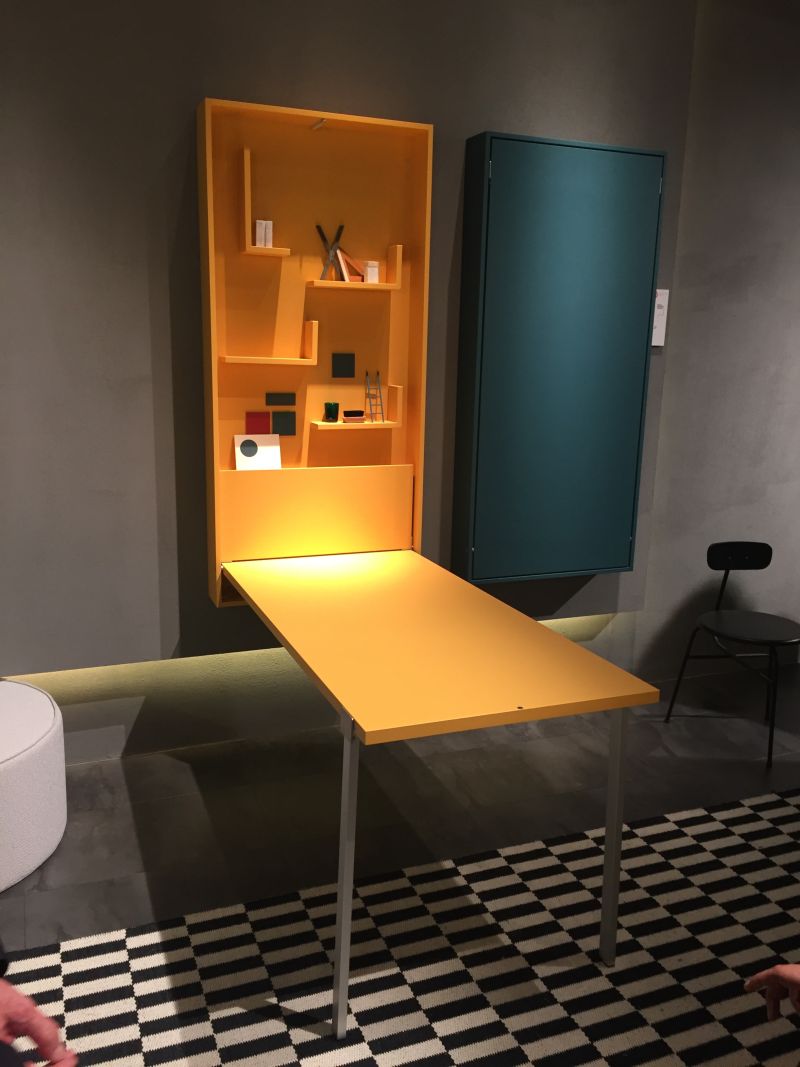 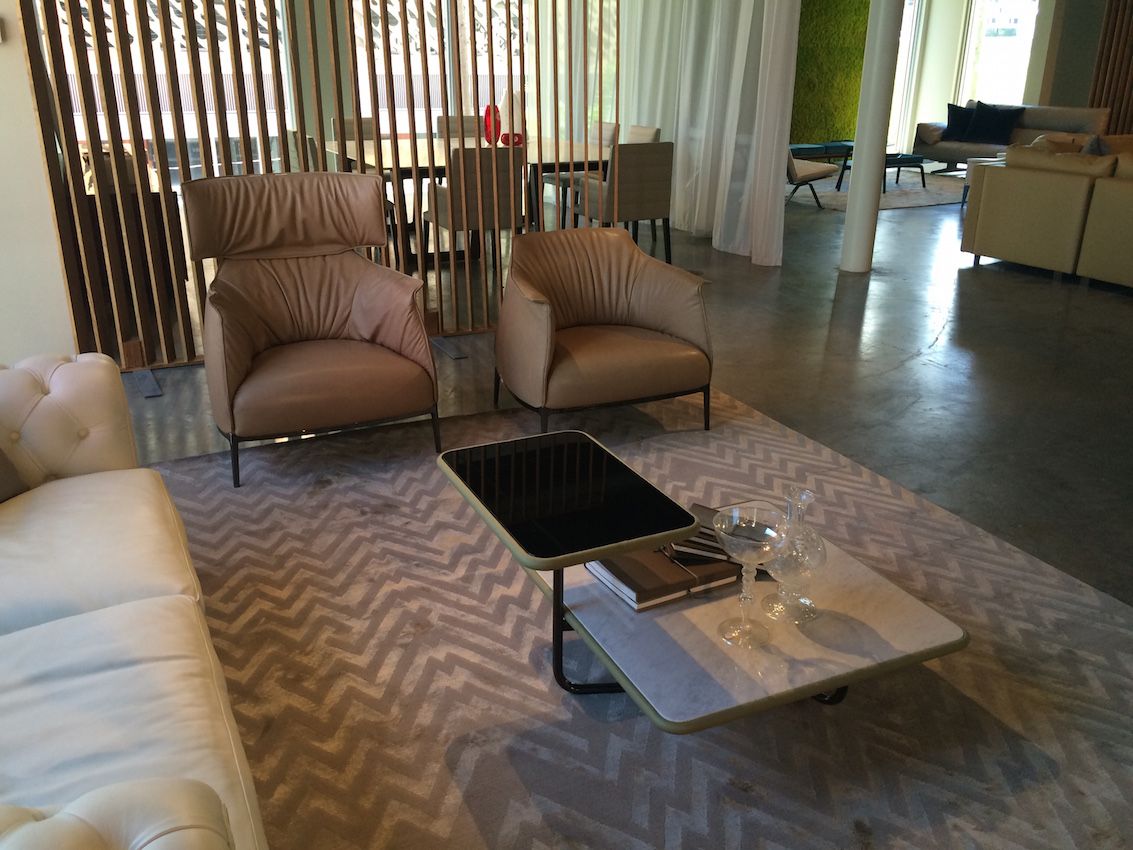 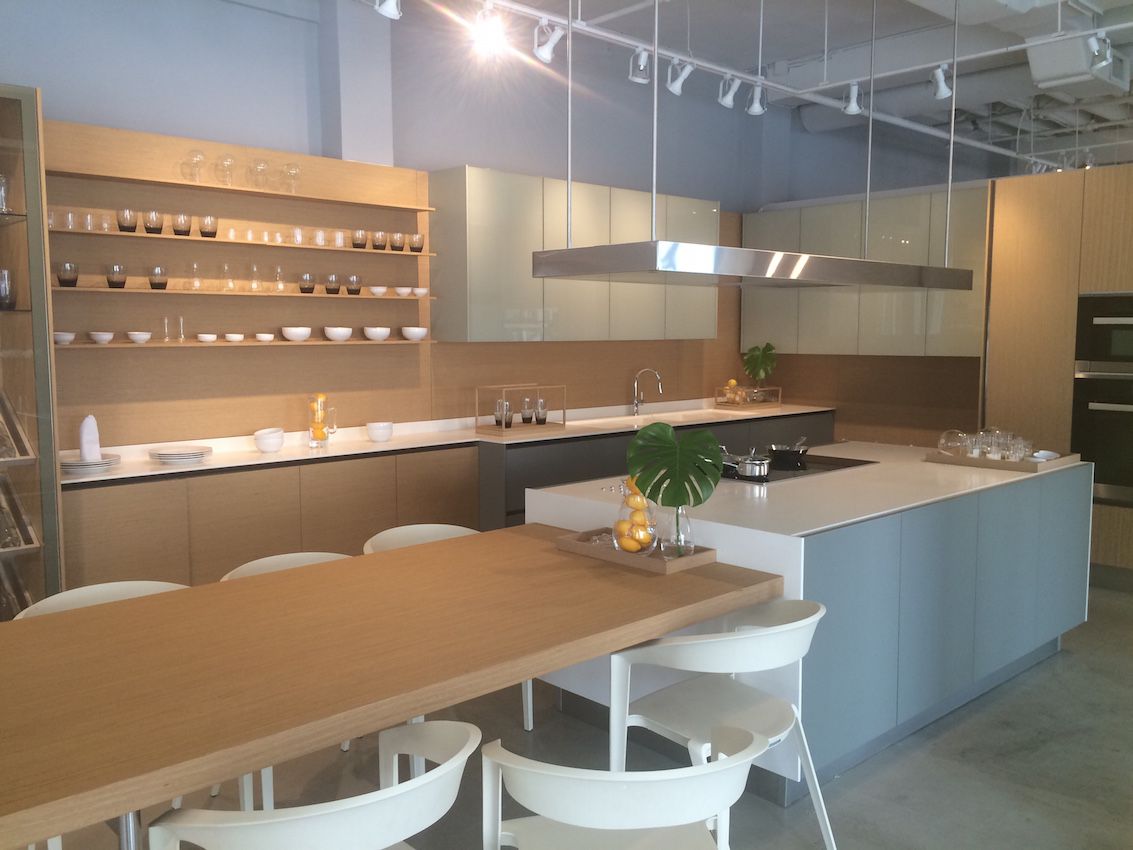 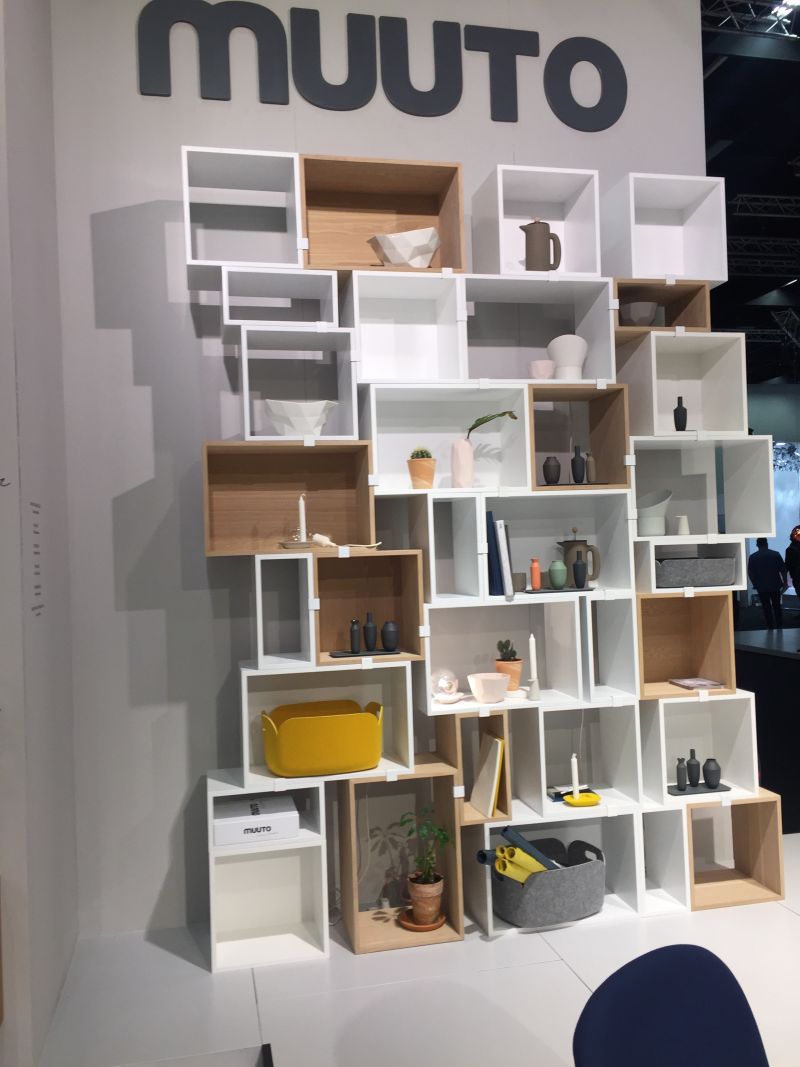 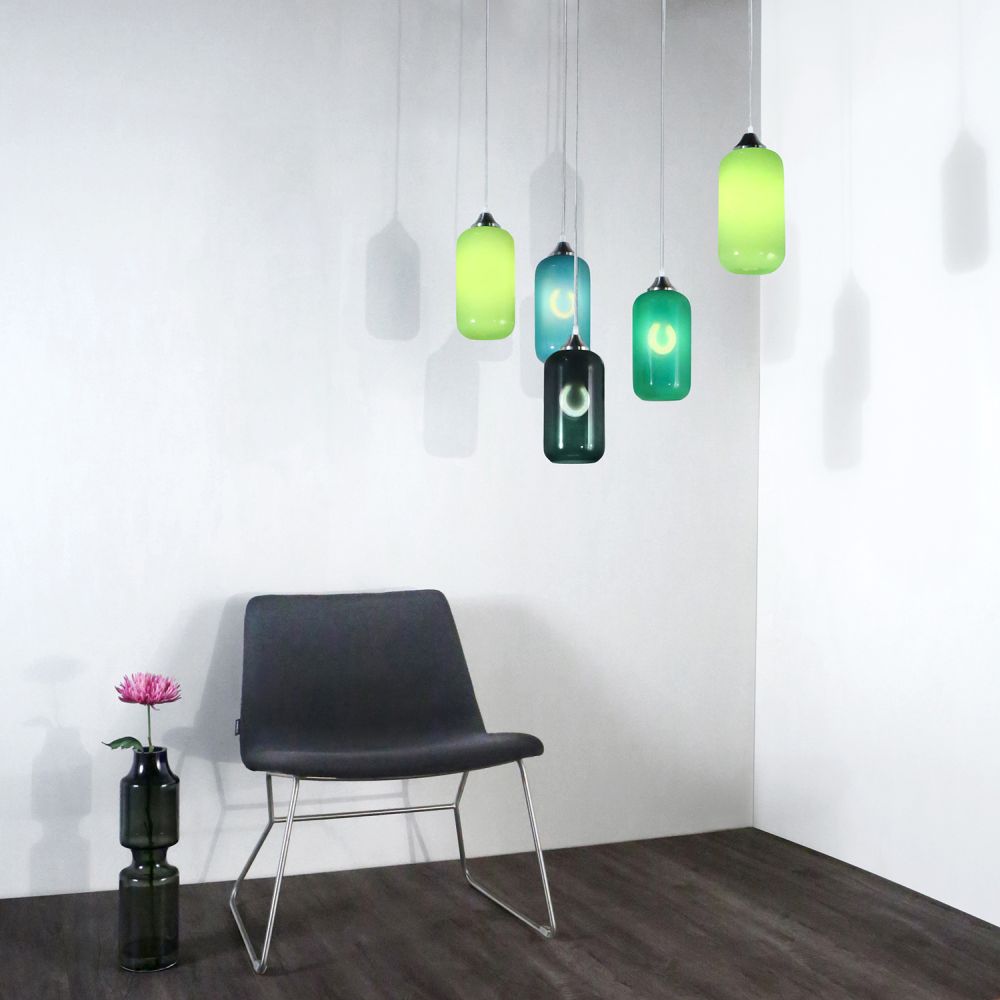 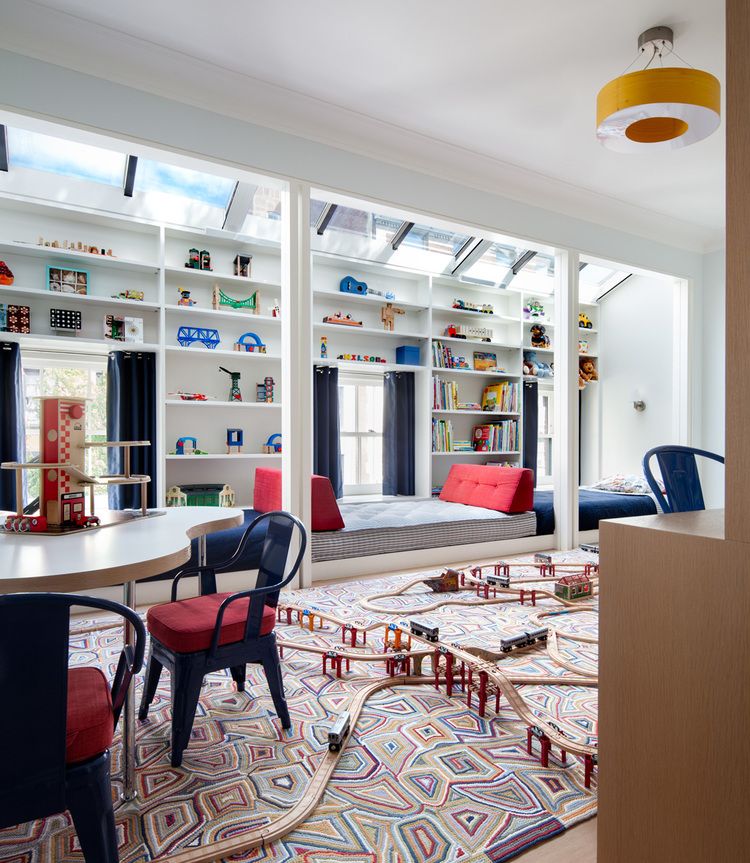 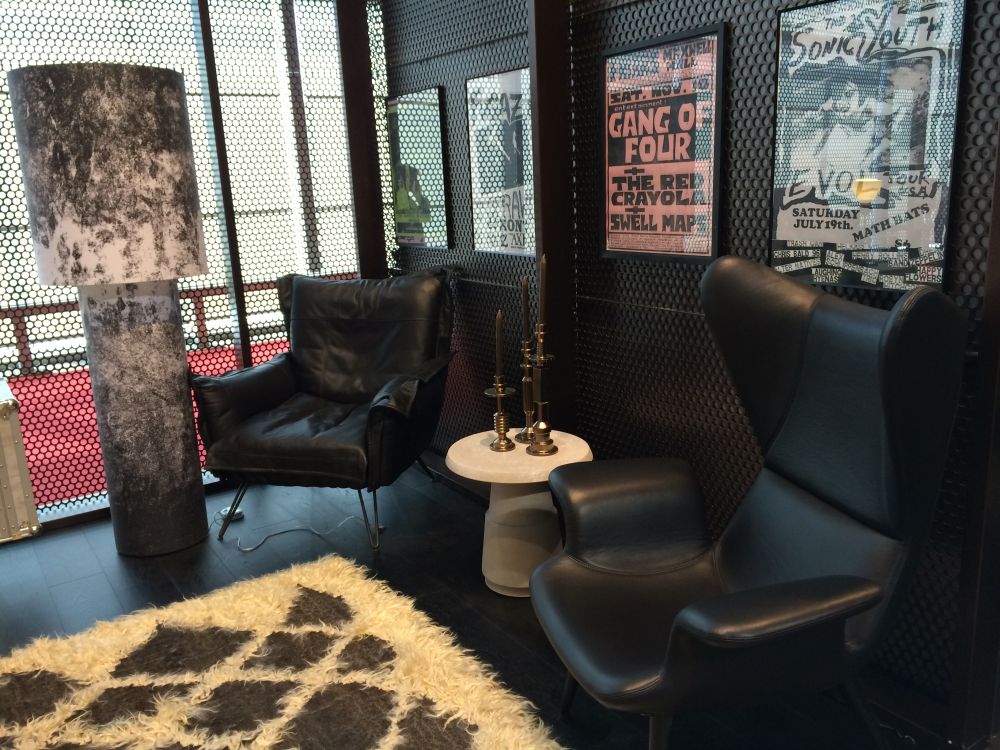 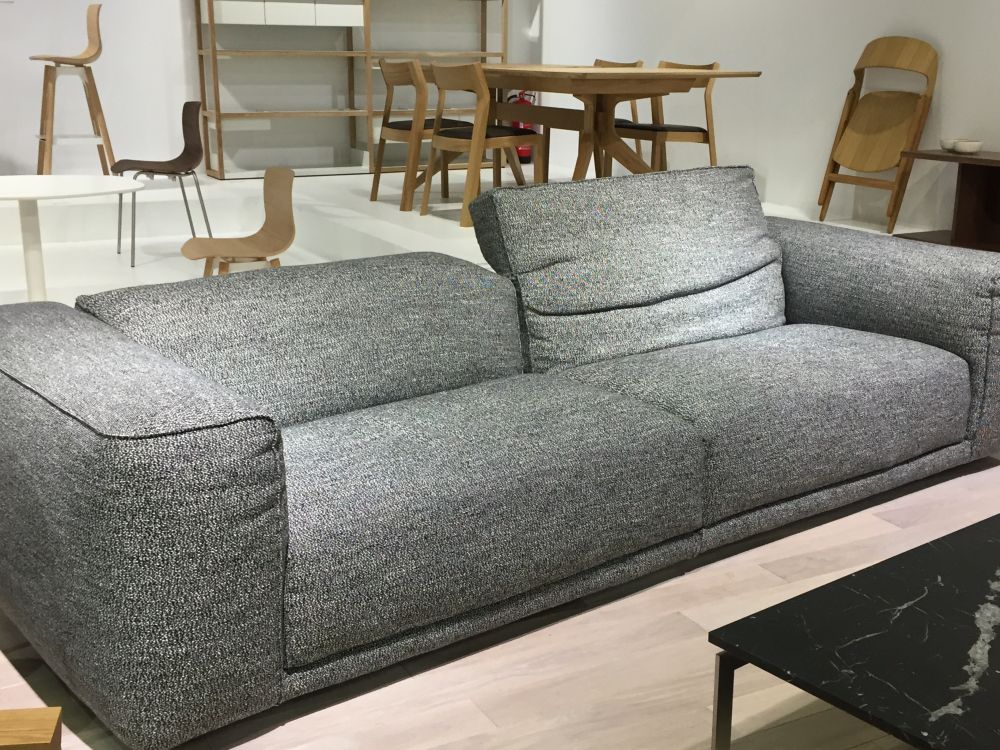 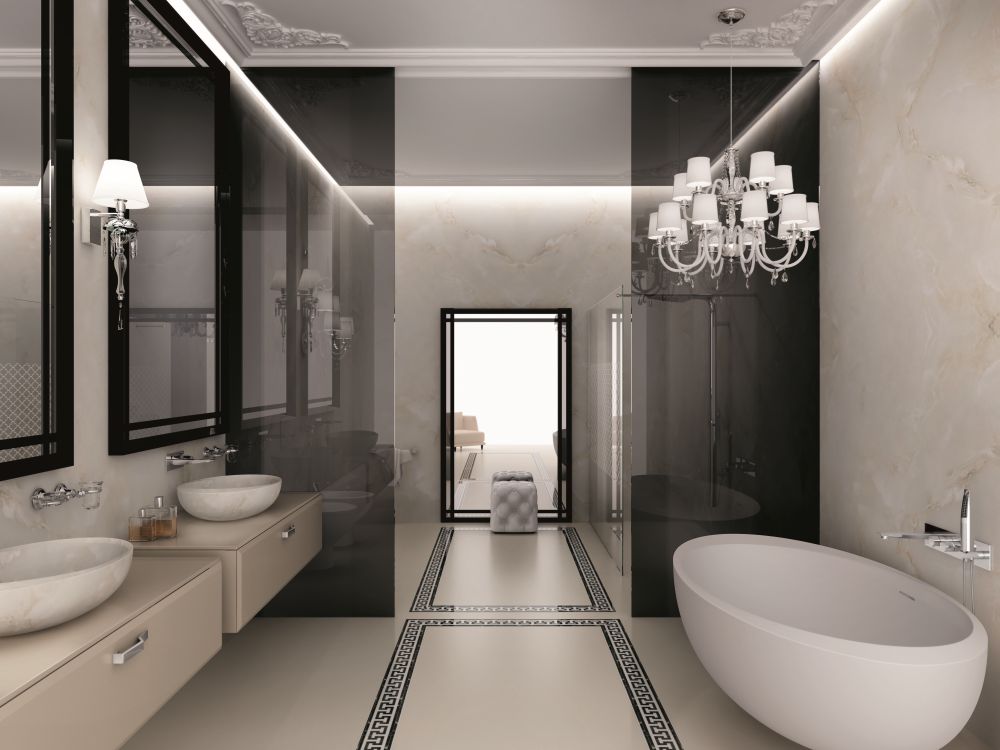 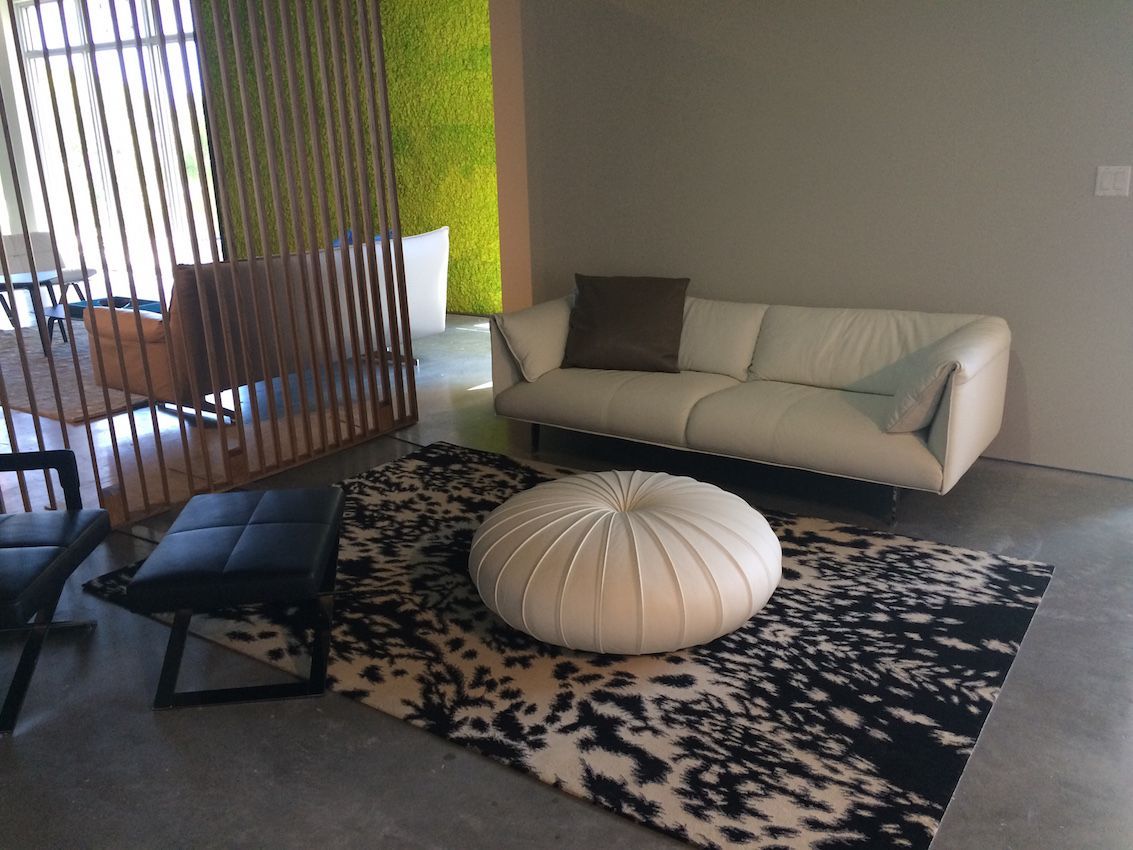 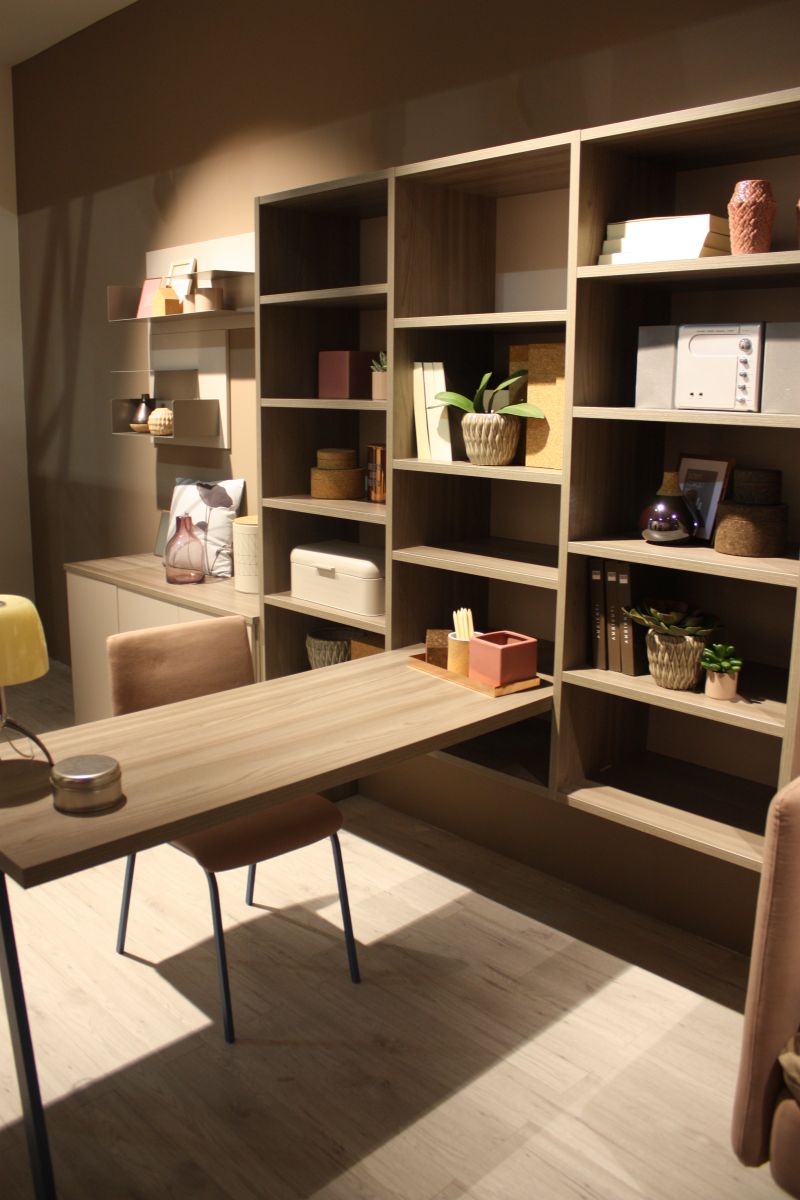 We all know how important the use of space is in great design – space affects the room’s functionality, visual appeal, and design capacity. In fact, to define space, it is: a continuous area or expanse that is free, available, or unoccupied; the dimensions of height, depth, and width within which all things exist and move. In turn, to define delineate, it is: to describe or portray (something) precisely.

As you can guess, these two concepts – the concept of delineation and space – are integral to the success of interior design. This is particularly true with the contemporary trend of open concept design, open floor plans, open layouts, etc. Where walls, which are the traditional method of delineation in design, fail to exist, what methods can we employ to delineate our space effectively? That’s what we’ll explore in this article.

Let flooring be your guide.

This large, spacious bathroom could very easily read as a huge amoeba of a space, but for the strategic flooring. The black Greek key pattern maintains the minimal aesthetic but designates not only a hallway of sorts, but also the two separate functional spaces – freestanding tub and vanity/sink.

Something as simple as the back of a sofa, although it’s relatively close to the ground, can easily define a space as specifically as a wall. Keep eye-sights free and clear with the space above the arranged furniture, but designate the open space so that its functionality is communicated visually. Turn the sofa away from the dining room, for example, to separate the spaces even if they’re just a few feet apart.

Connect the dots with area rugs.

This might just be one of the most obvious space-definition décor tactics, but that’s because it’s highly effective. Imagine these two chairs without the rug to connect them – they would be floating in their individual spheres. But the rug defines a unified conversational area and wraps the space up into a tidy aesthetic unit.

This idea might be a hard one to retrofit into a space without columns or posts, but it’s not impossible. Because of their floor-to-ceiling gravitas, columns or architectural posts lend an immediate sense of space definition…even without walls. Assign the specific areas around a post of column whatever design or function you want (such as this daybed between two columns), and it’ll seem as obvious as a walled room (but look much more open).

Imagine this chair in the corner without these hanging colored glass pendant lights. Sad and lonely, right? But the lighting fixture – a veritable piece of art in and of itself – creates a unified Destination Spot within the larger room. It’s much more than just a chair, a place to sit. Whether you’re looking for a place to read, relax, or simply exist, this well-lit area intuitively fits the bill.

Respect the strength of verticality.

Anytime a plane, such as the ceiling, wall, or even floor, is broken, that space is immediately defined by the object that has done the breaking of the plane. So if your space involves vaulted ceilings, a good way to define space from above is to utilize hanging fixtures such as pendant lights to define the space. In general, “lighting can create a room-within-a-room”, and the place that a lighting fixture illuminates tends to be its defining space.

They might feel a bit retro (which isn’t a bad thing!), but wooden slats are an excellent way to define space in an interior without having a solid wall in play. The visual line between functional spaces (or rooms) is maintained, although the details are a bit obscured. Most importantly, though, is the ability for natural light to penetrate through the slatted spaces.

In order to define your space, don’t forget about the potential of the walls to help with this. Storage units are not only aesthetically beneficial, but they are also functional and practical. Fold-out and/or murphy options, such as this table/desk, provide an excellent use of temporary space delineation without taking away from the actual square footage.

In the instance that a larger, open space could be segmented but you don’t want it to be, use can use these strategies in a somewhat reverse manner. For example, remove area rugs when you want a space to read as one continuous expanse. This built-in unit, on the wall opposite a set of bunk beds in a bedroom, would appear divided if an area rug were to be used in the center of this room, or if specific lighting was used on one side of the space versus the other, etc.