Costa Rica is a tropical country with only two seasons. It has a dry season and a rainy seasonal and a very rich and vibrant flora as well as diverse wildlife.

The architecture in this region is heavily influenced by the climate and the geography of the area and we’re going to see exactly what that means by checking out a few examples of modern houses. These are our top ten picks:

This beautiful villa from Santa Teresa Beach was completed earlier this year by Studio Saxe. It’s a breezy white structure with a clean and modern design and it’s surrounded by the lush greenery of the jungle.

The owners wanted a house that would allow them to admire the wonderful view of the shoreline and establish a strong bond with the surroundings and nature in general. The house features an oversized roof that extends beyond the interior spaces and over the expansive outdoor areas like the terrace and the pool. The large overhangs also offer protection from the elements and the much-needed shade during the day. ( images by Andres Garcia Lachner – www.garcialachner.com)

The design of this house was heavily inspired by the site’s topography. It sits on a sloped piece of land surrounded by greenery in Tamarindo and it was designed by LSD Architects.

The main goal throughout the project was to frame different views and offer different perspectives from various levels and areas of the house. All the internal sections and functions are connected to a common area, a triple-height space that acts as a central hub. Throughout the house and architects made use of natural materials and finishes which help to visually connect the areas to their beautiful surroundings.

The talented team at LSD Architects also designed this beautiful house from Hermosa Cóbano Beach. A key design detail, in this case, is the array of green roofs which help to connect the building to its lush surroundings in a natural and organic way while also giving it a modern aesthetic.

This is actually a set of two houses sharing an exclusive beachfront property. They’re both overlooking the sandy beach and the Pacific Ocean and have large outdoor spaces with lounge areas spread around the swimming pool and lovely gardens. Large windows and folding glass doors connect the interiors to the tropical surroundings, allowing nature to become a part of the decor.

Playa Hermosa from the Pacific Coast of Costa Rica is home to a gorgeous treehouse-inspired home designed by studio Olson Kundig. The house is tall and has a tower-like structure, rising among the tall tree canopies in an effort to catch a view of the beautiful sandy beach.

The dense vegetation on the site creates a shield around the house and only the top level is high enough to overlook the shoreline. The concept here was to create an open and airy structure, a sort of surfer hut with more functionality. The architects wanted to engage the landscape in various different ways and at different levels so they designed the top and bottom floors to be completely open to the elements.

This house from San Ramon is quite close to its neighbors. It occupies a site which has previously been empty for several years during which various structures were constructed around it. As a result, the house had to be designed in relation with the existing buildings.

Studio Arkosis came up with a design that borrows and mimics elements from the neighboring houses, creating a sense of belonging. The palette of materials used throughout includes corrugated steel and plaster which were also used in the other structures. Using this strategy, the team managed to create a house that blends in even though it was constructed much later compared to all the other ones.

The lush Santa Teresa rainforest is where these two houses are situated. They were designed by Studio Saxe and have steel frames and modern geometries that help them stand out and contrast with their surroundings.

The harsh and industrial nature of all the steel and concrete used throughout the houses is balanced out by the warmth of the wood which used for all the screens, floors and other elements. The interior is bright and open, featuring a nice blend of modern design details and natural and organic accents. It’s complemented by vast outdoor areas which extend the house towards the gorgeous landscape surrounding it.

The steep slope on which it stands gives this house a majestic look and highlights its stylish and sculptural aesthetic. This is a project completed by studio J-M arquitectura in Naranjo, Costa Rica a few years ago. One of the main goals was to limit the impact that the house has on the topography as much as possible.

A vertical design approach was taken which worked out great in this particular context because it also helped the house rise above the slope and capture lovely views of the valley and the surrounding area. The design is very clean and minimalistic, with an emphasis placed on the geometry of the spaces and the way in which they interact with each other as well as with the terrain around them.

The PMX-01 residence designed by QBO3 Arquitectos in Palmares is spectacular in every way. It has a striking and sculptural architecture which adds dynamism to the otherwise very flat site. The topography doesn’t really stand out so all the focus is on the house itself.

The eye-catching design breaks the monotony and adds a lot of character to this entire project. It’s a very stylized house with lots of big open spaces, flat surfaces and clean and simple lines and this minimalism is also translated into a very stylish interior design. Although it’s not surrounded by a jungle, the house does have a tropical aesthetic. (images by Andres Garcia Lachner – www.garcialachner.com)

This is not a big house but it’s one that definitely stands out. Situated on Santa Teresa Beach, the house overlooks the ocean on one side and the jungle on the other. It occupies a beautiful property with a steep hill that protects the house from falling debris and shelters it from the wind.

It was designed by Benjamin Garcia Saxe and has a simple aesthetic inspired by the tropical surroundings. The large openings on both floors invite natural light inside and expose the interior spaces to the beautiful scenery. A series of interwoven terraces serve as extensions for the living areas and the two floors are connected by an exterior staircase sheltered underneath the cantilevered roof.

Studio Benjamin Garcia Saxe is also responsible for the beautiful design of this tropical retreat situated in Punteranas Canton. It’s a fairly small house on the Pacific Coast of Costa Rica, on a very steep slope that overlooks the ocean.

Naturally, the design was inspired by the unique topography of the site. Rather than trying to tame the slope and terraform it, the architects chose to raise the house above ground and to allow nature to continue expanding underneath. This minimizes the impact that the house has on the site and also elevates it enough so that the ocean can be admired from its upper section. 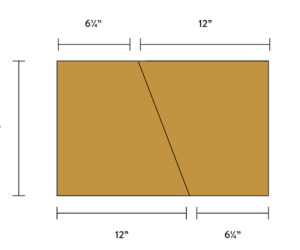