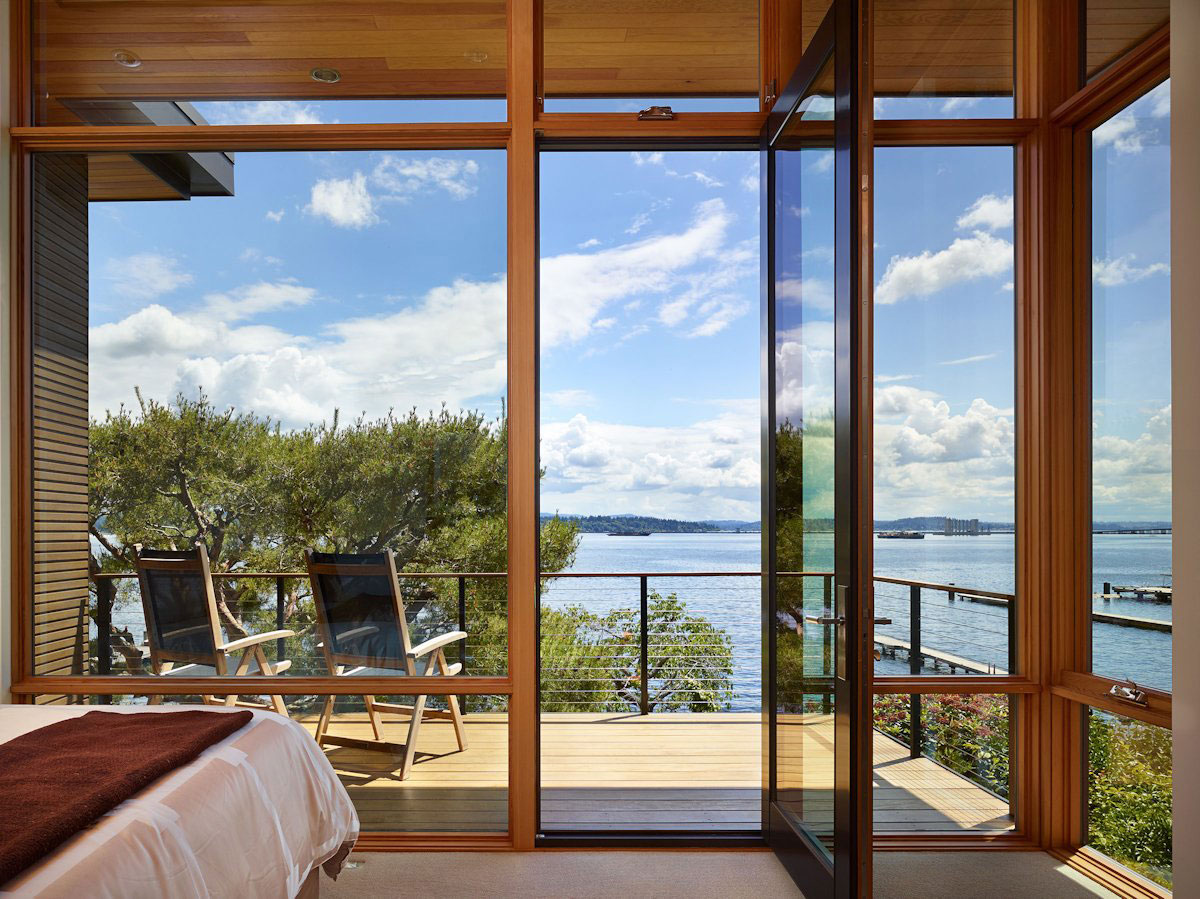 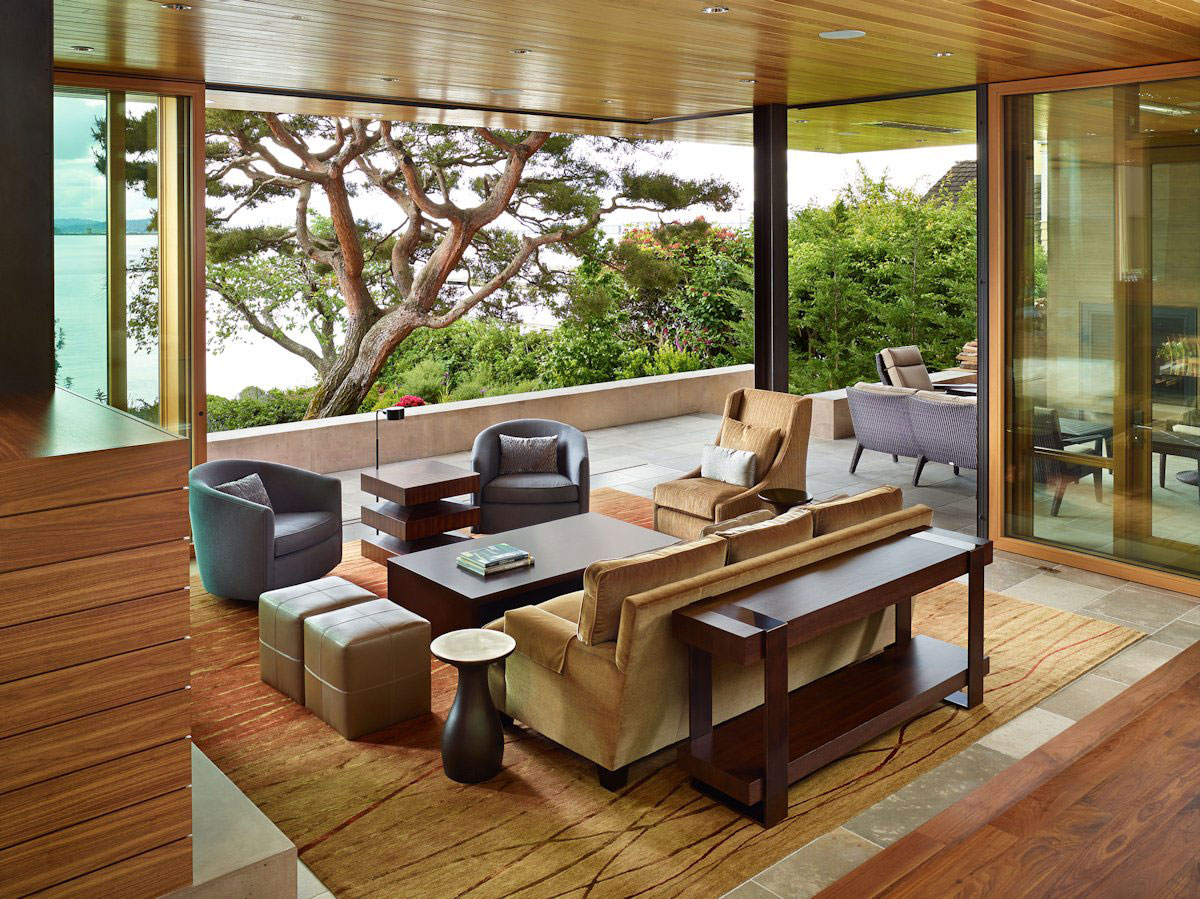 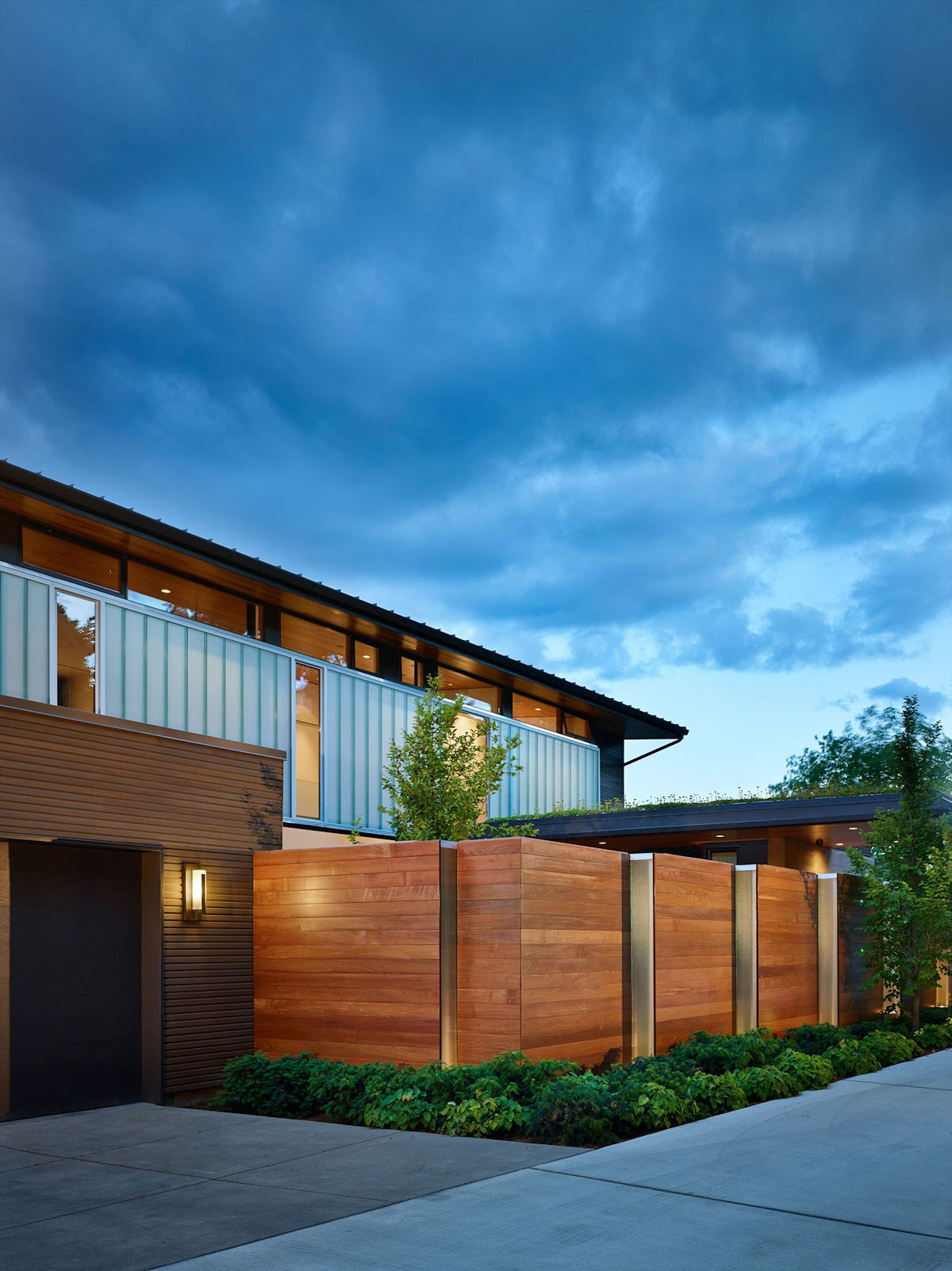 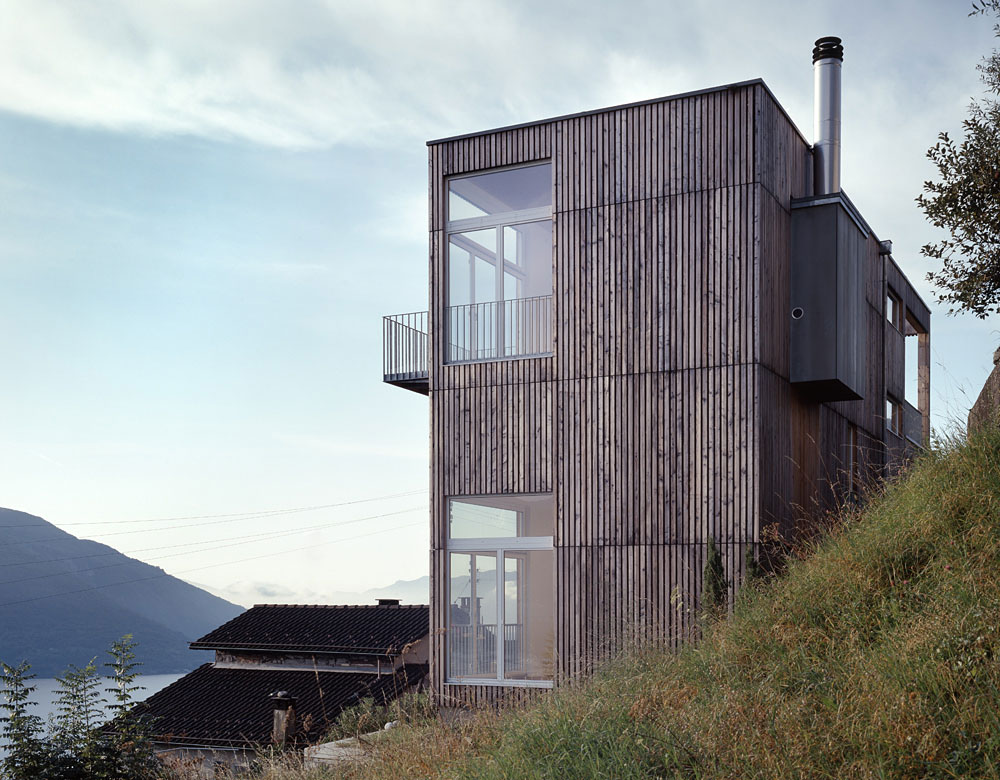 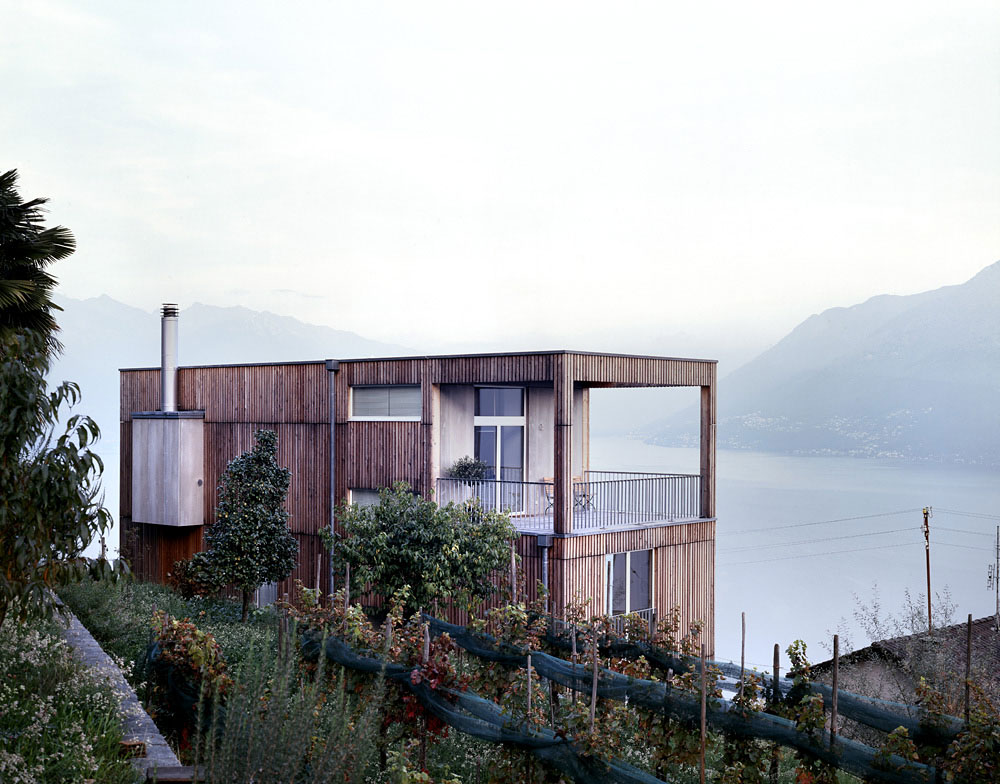 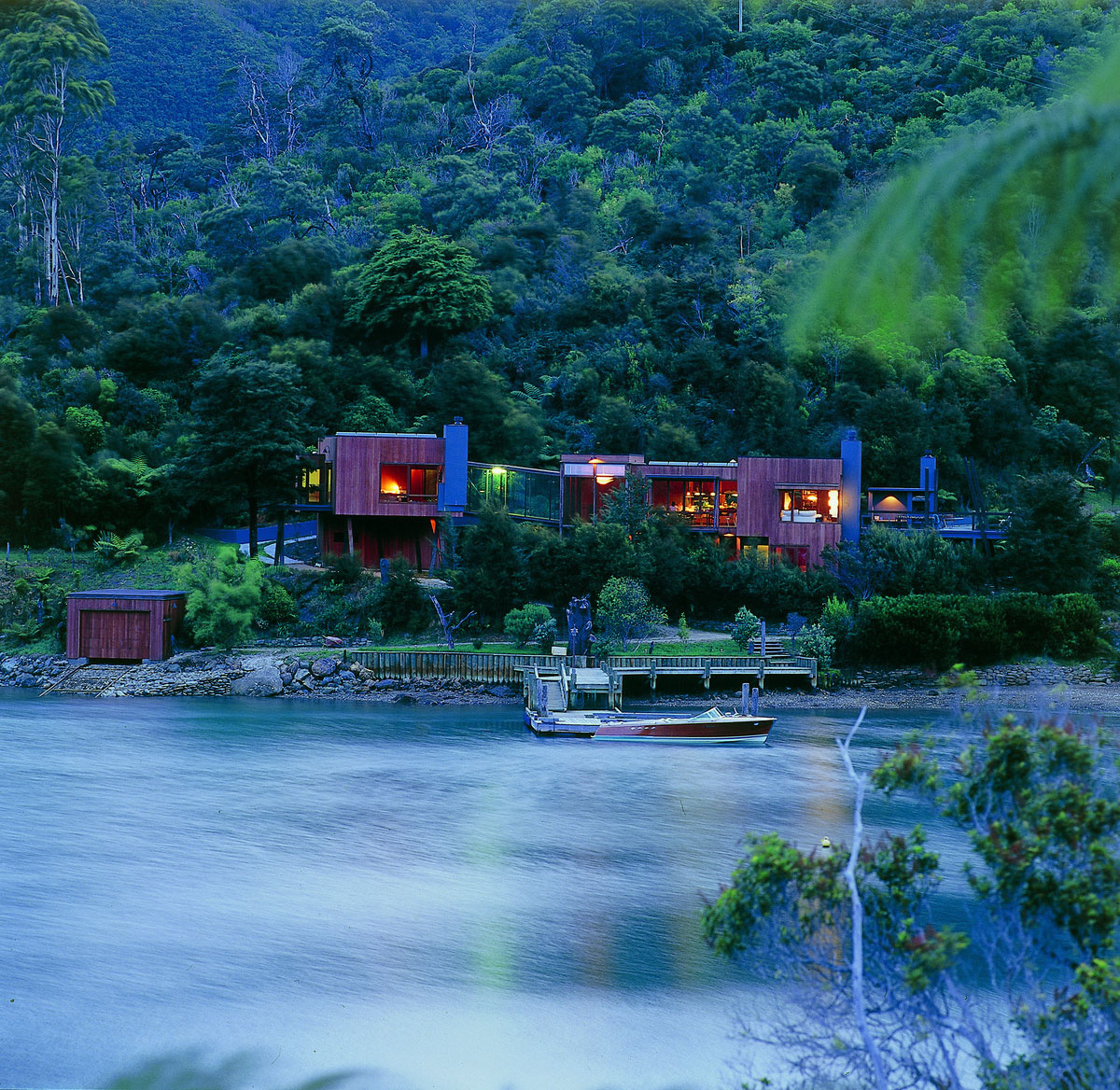 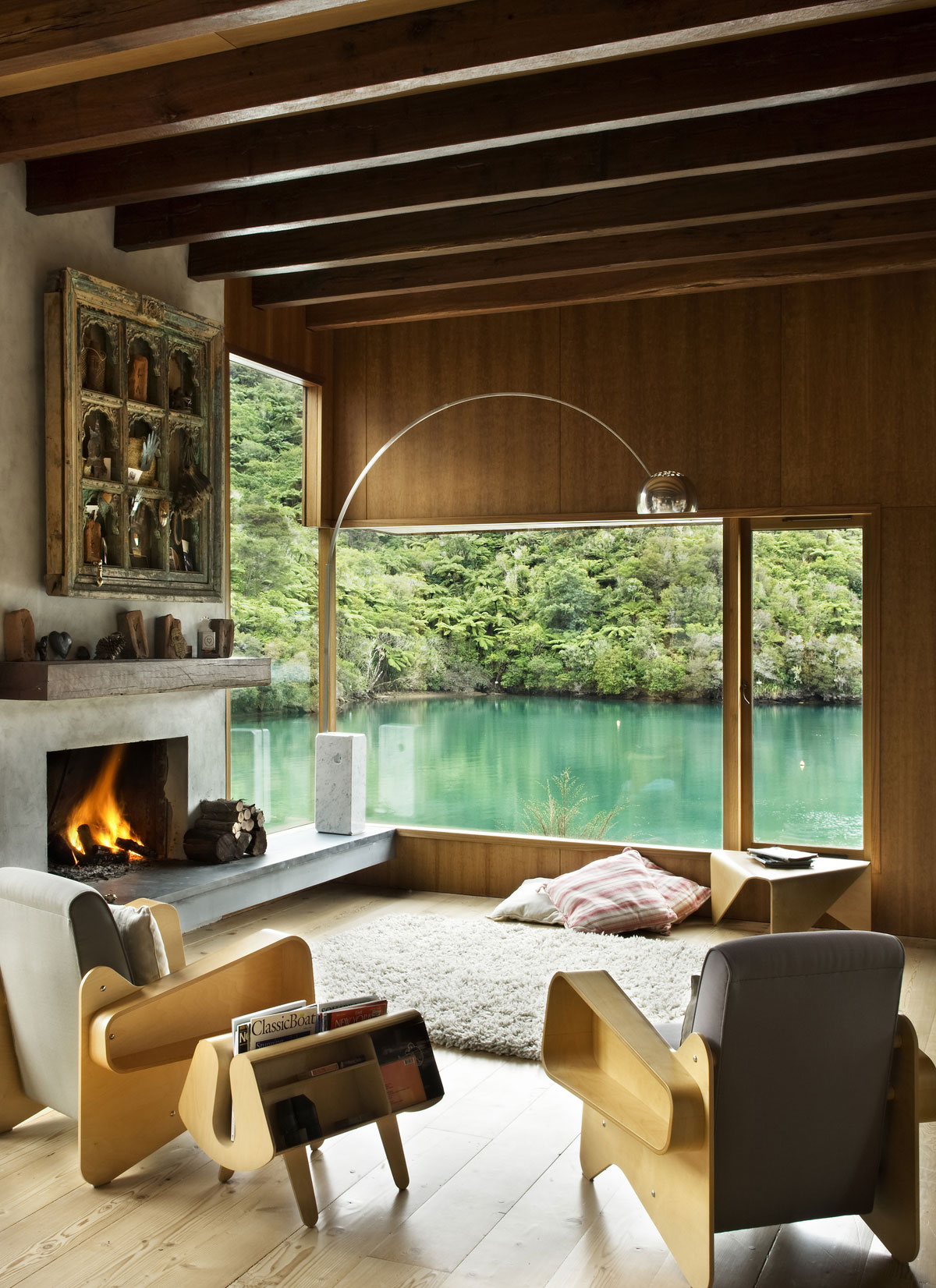 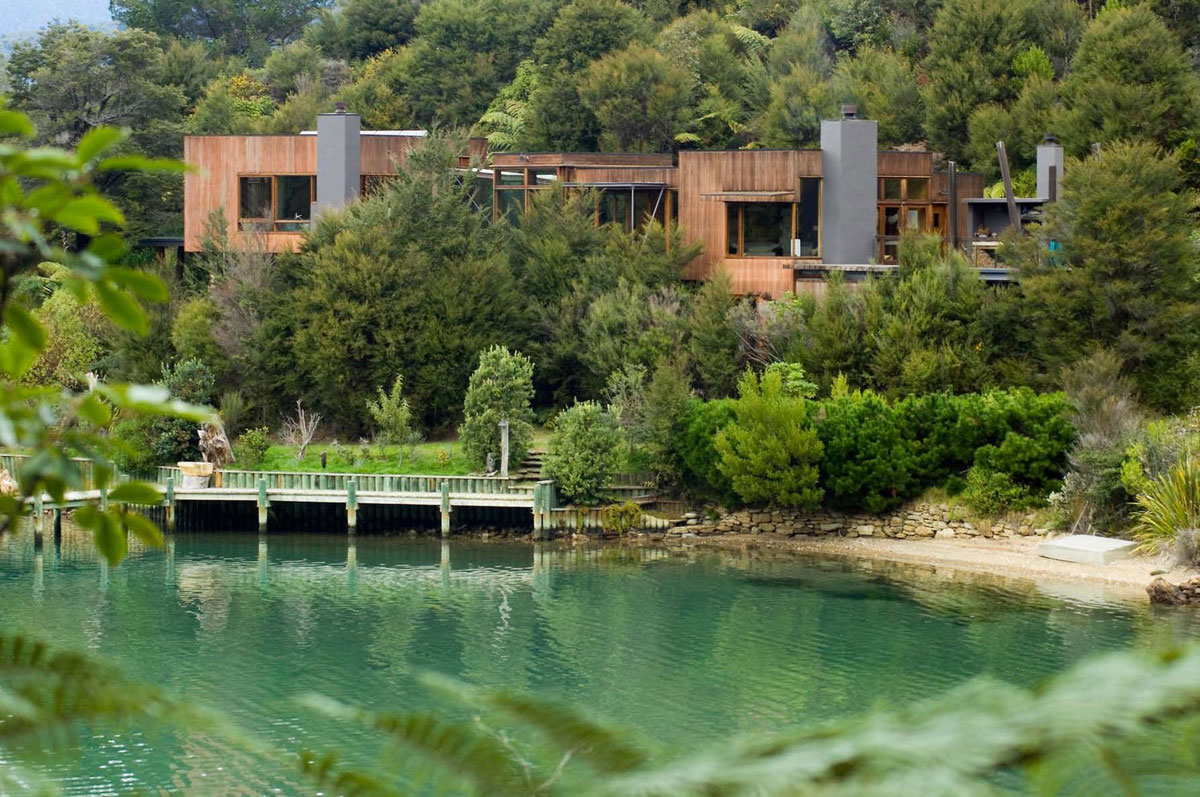 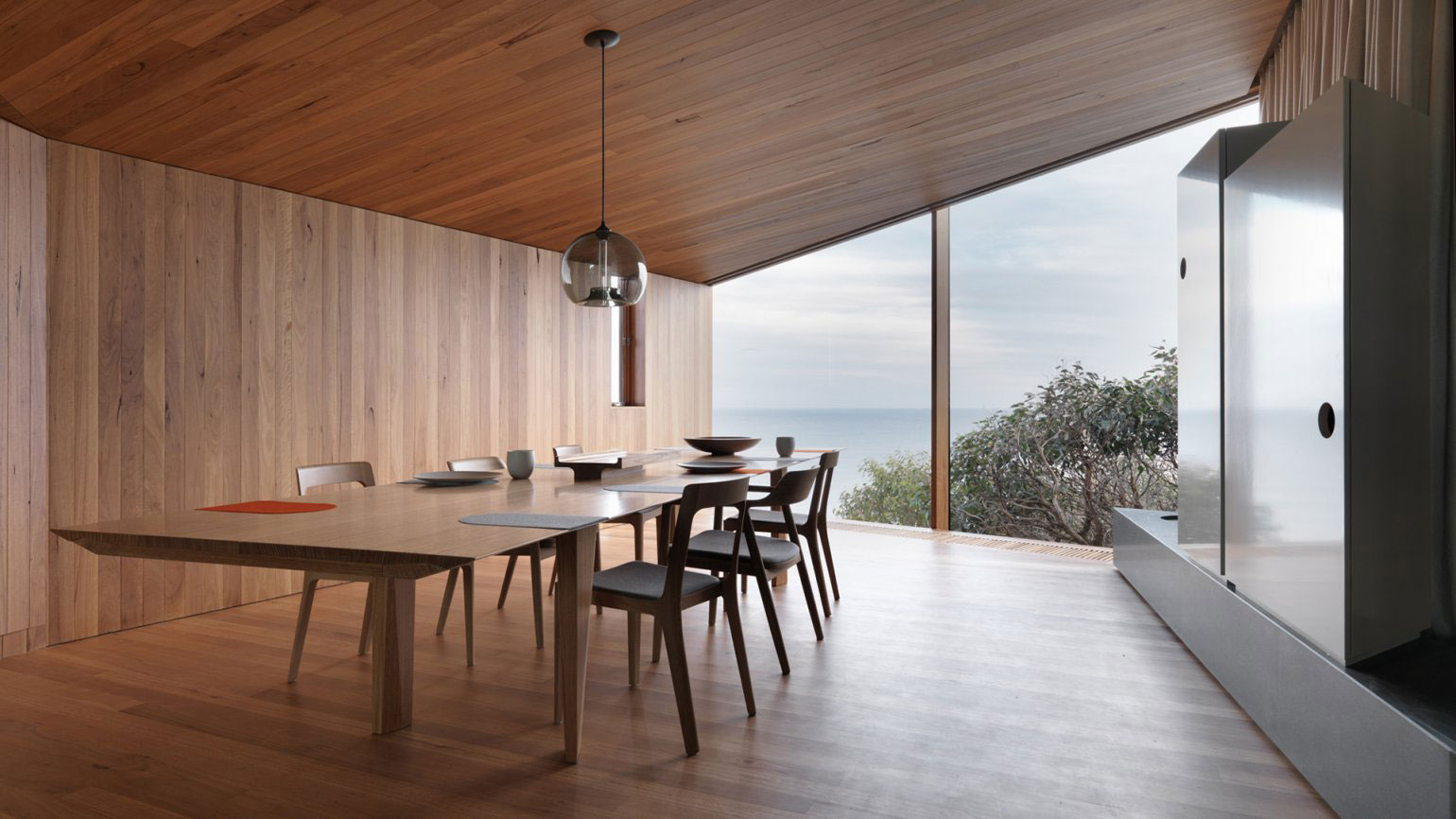 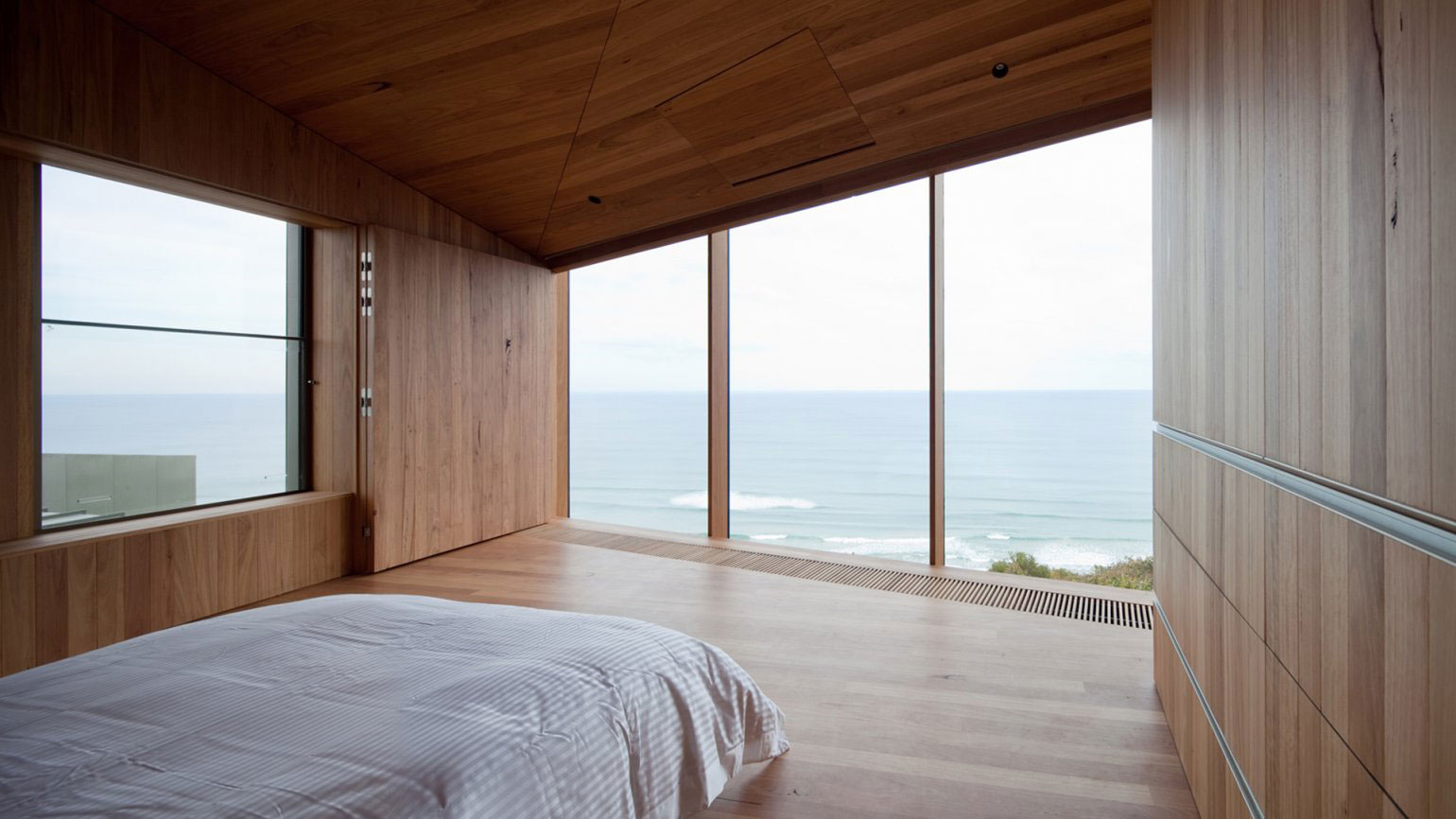 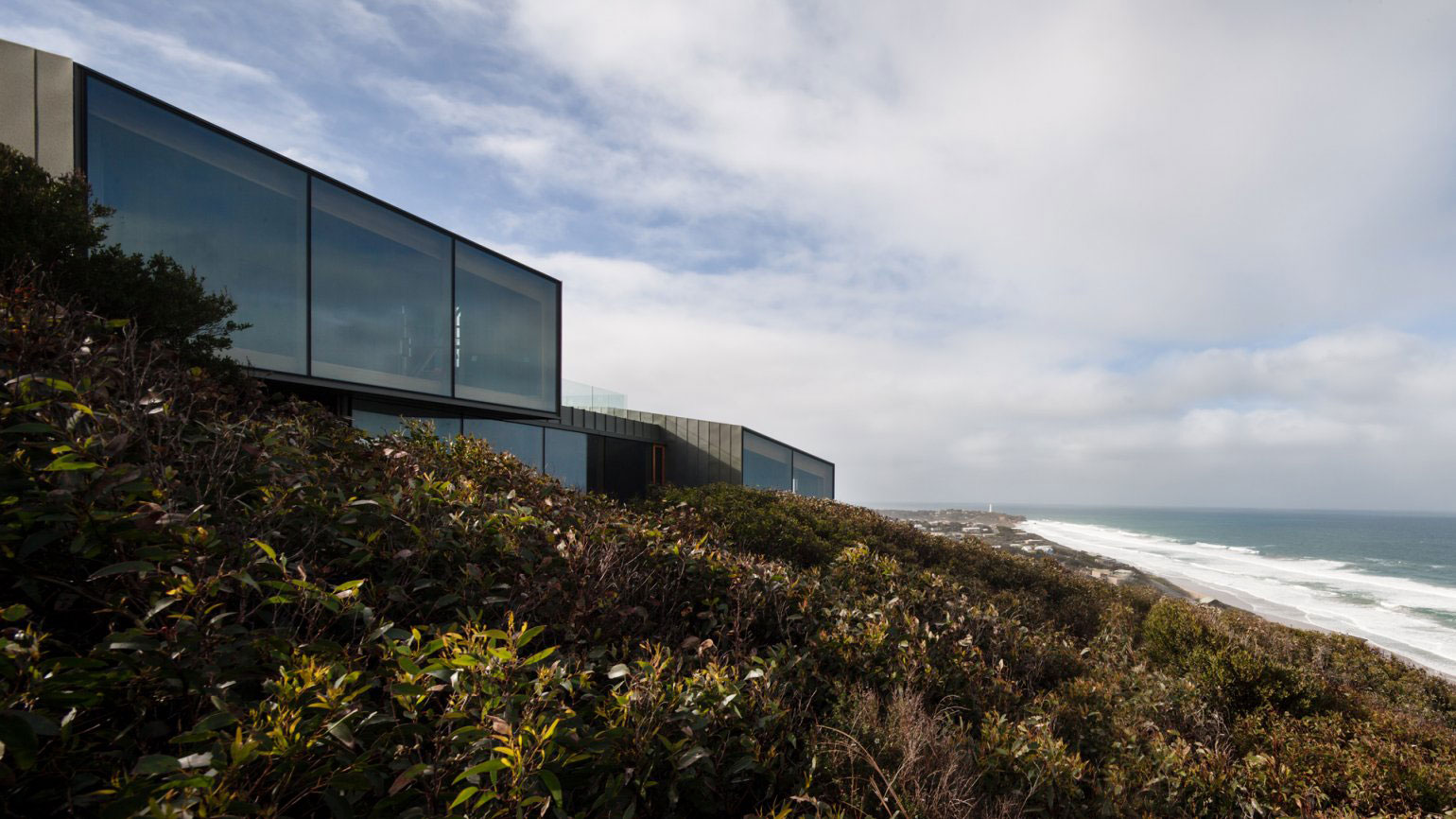 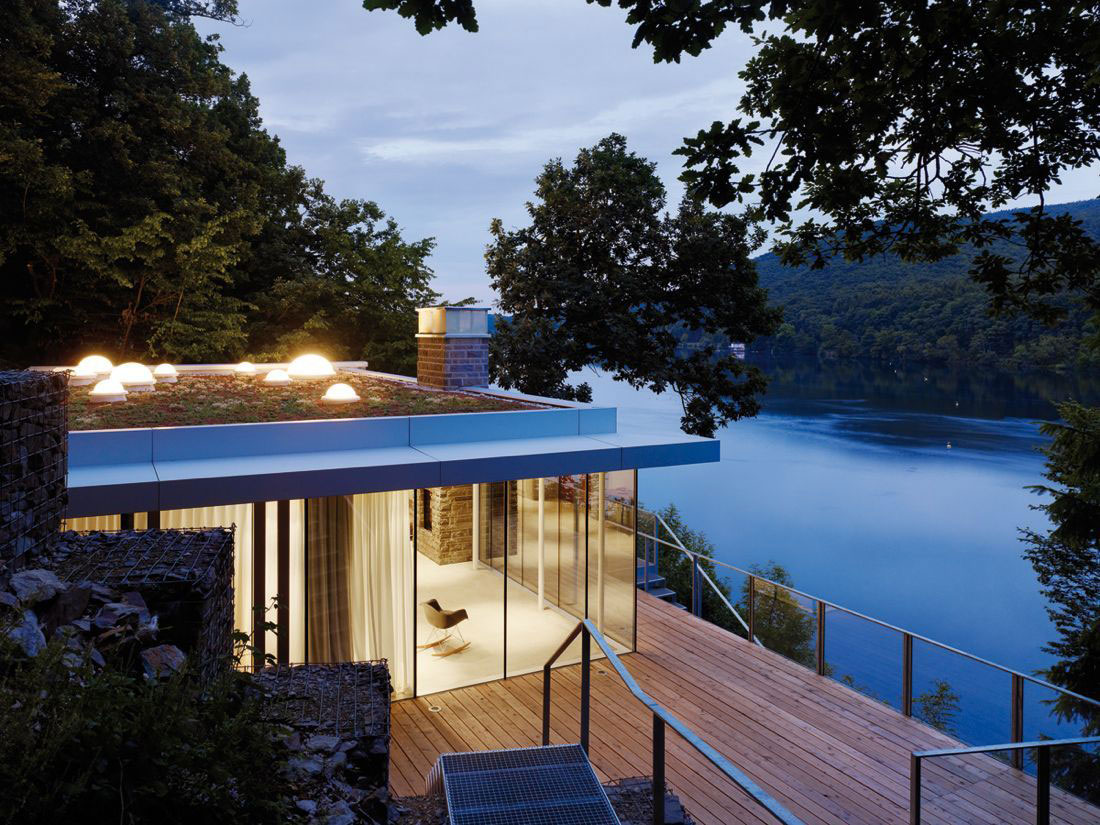 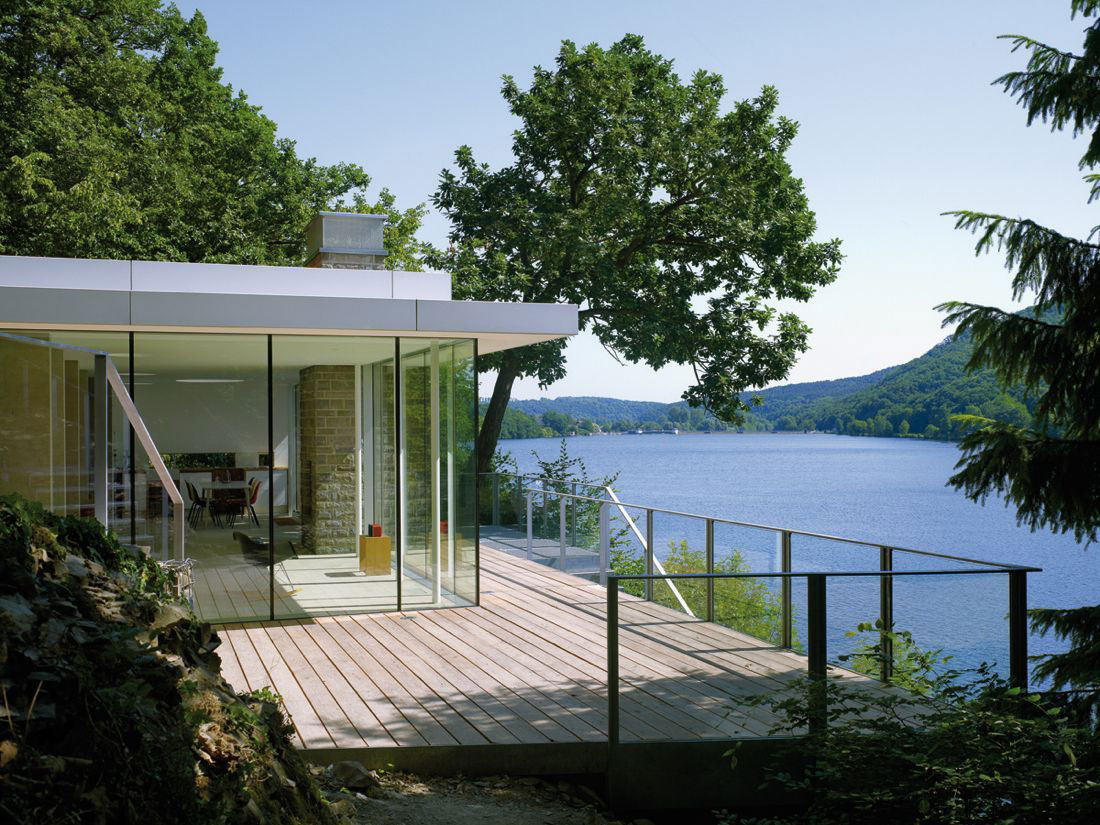 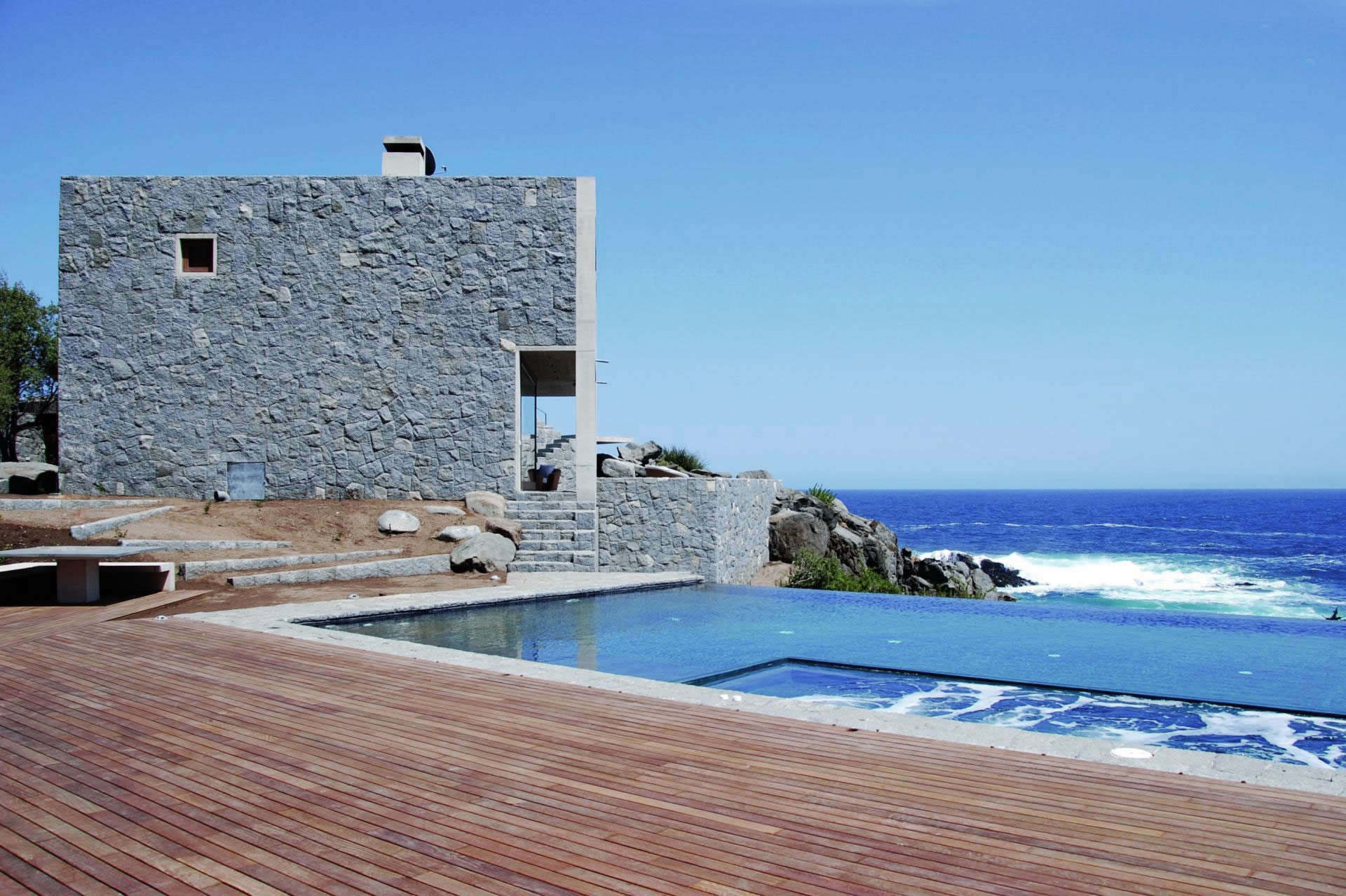 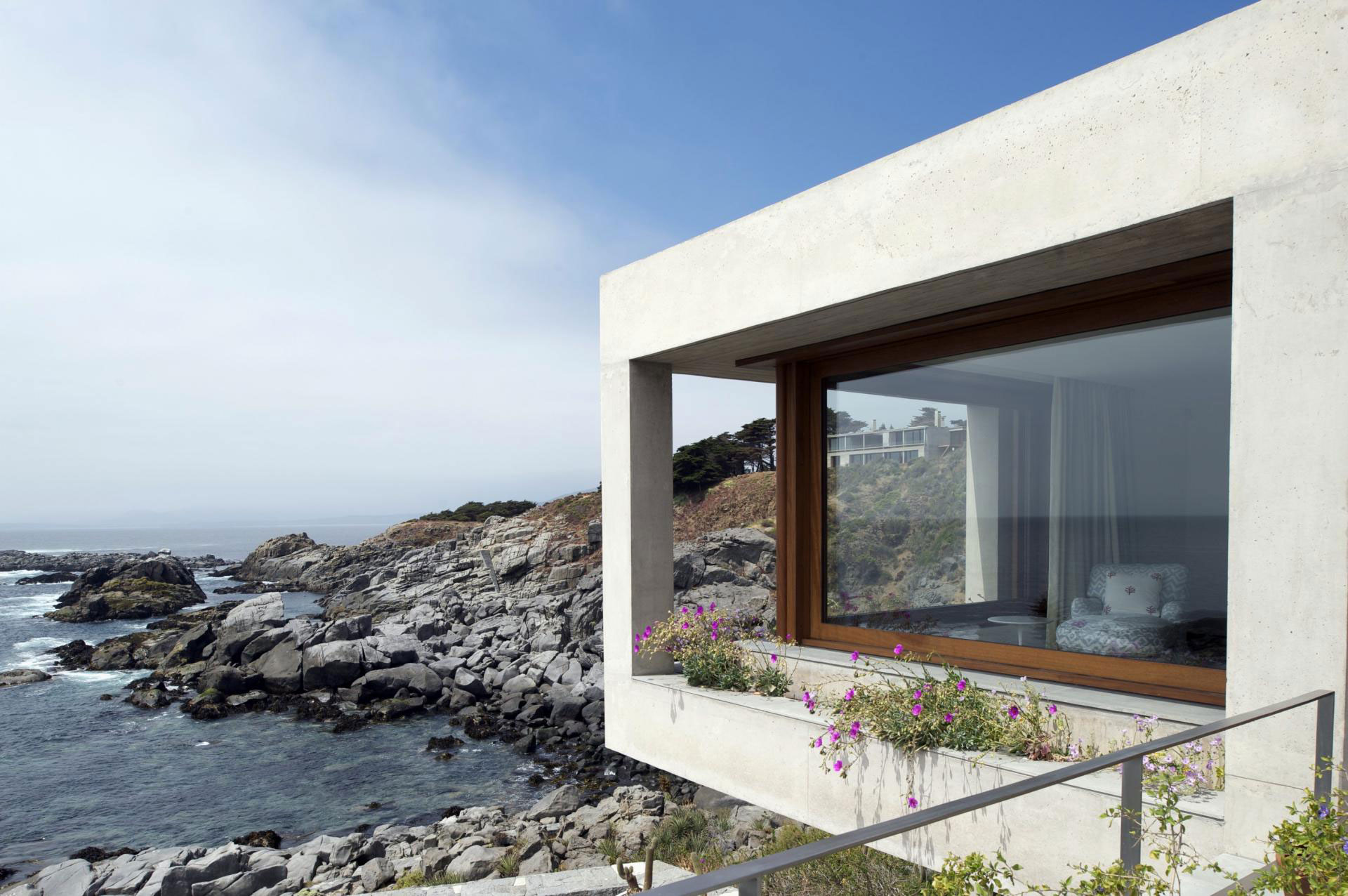 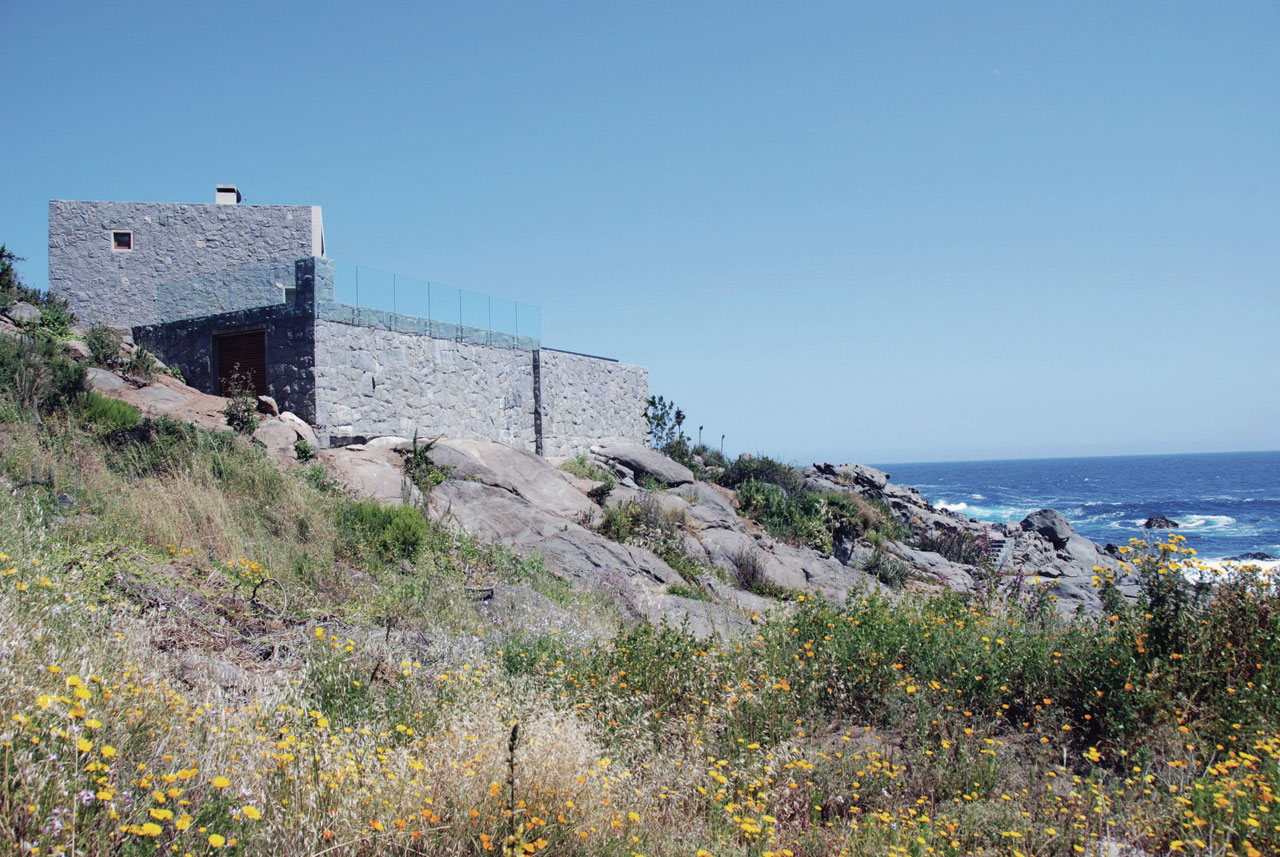 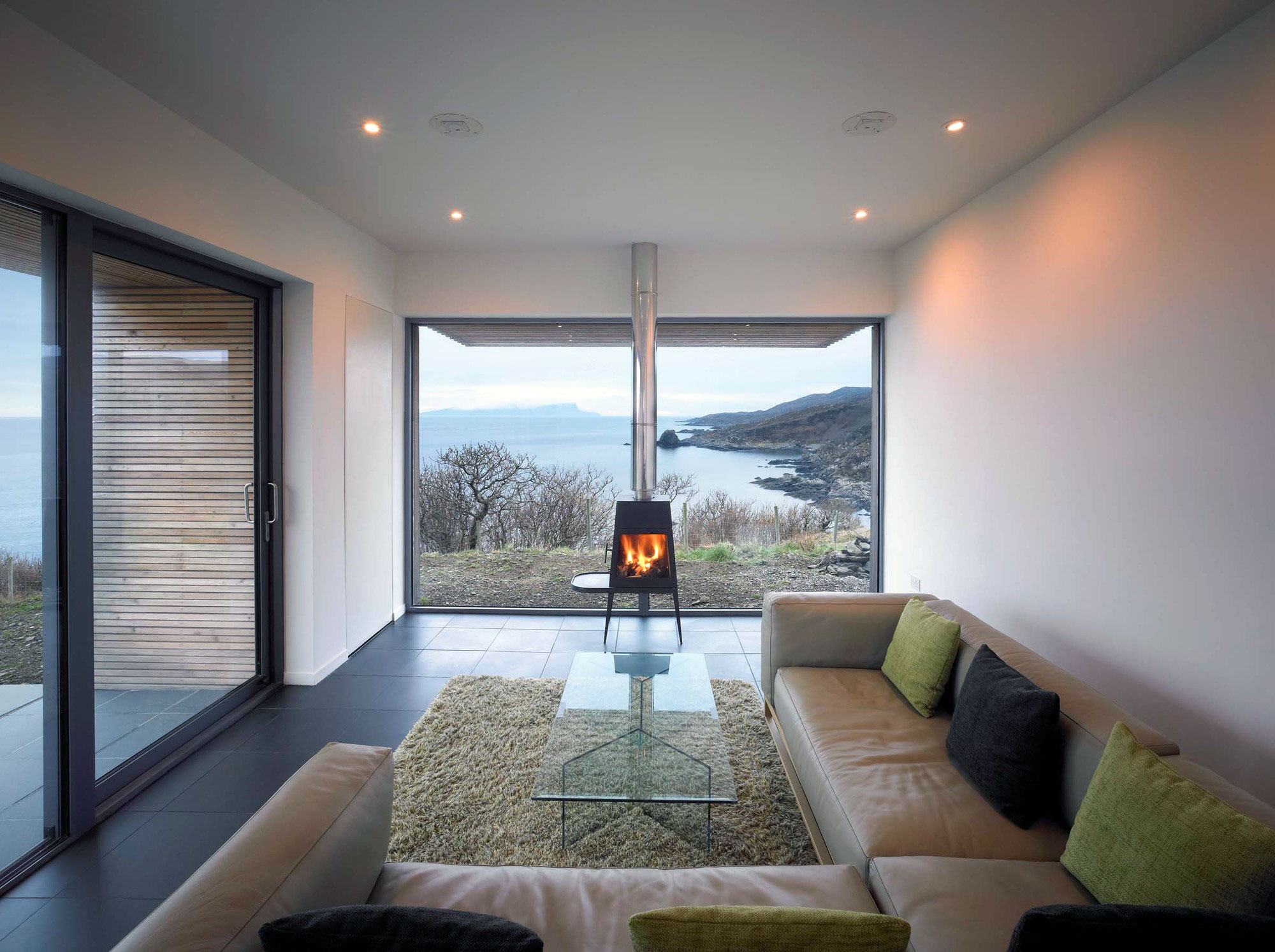 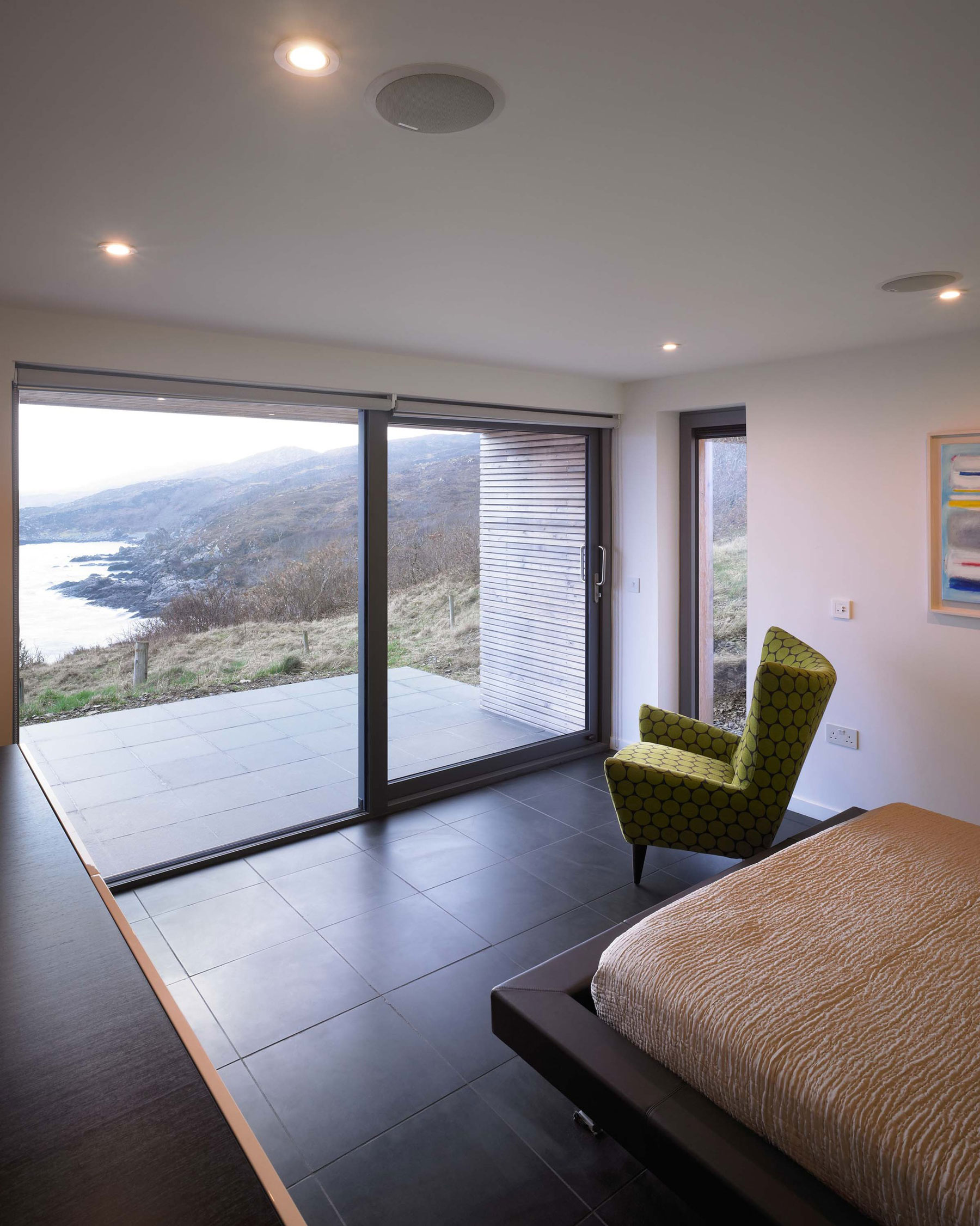 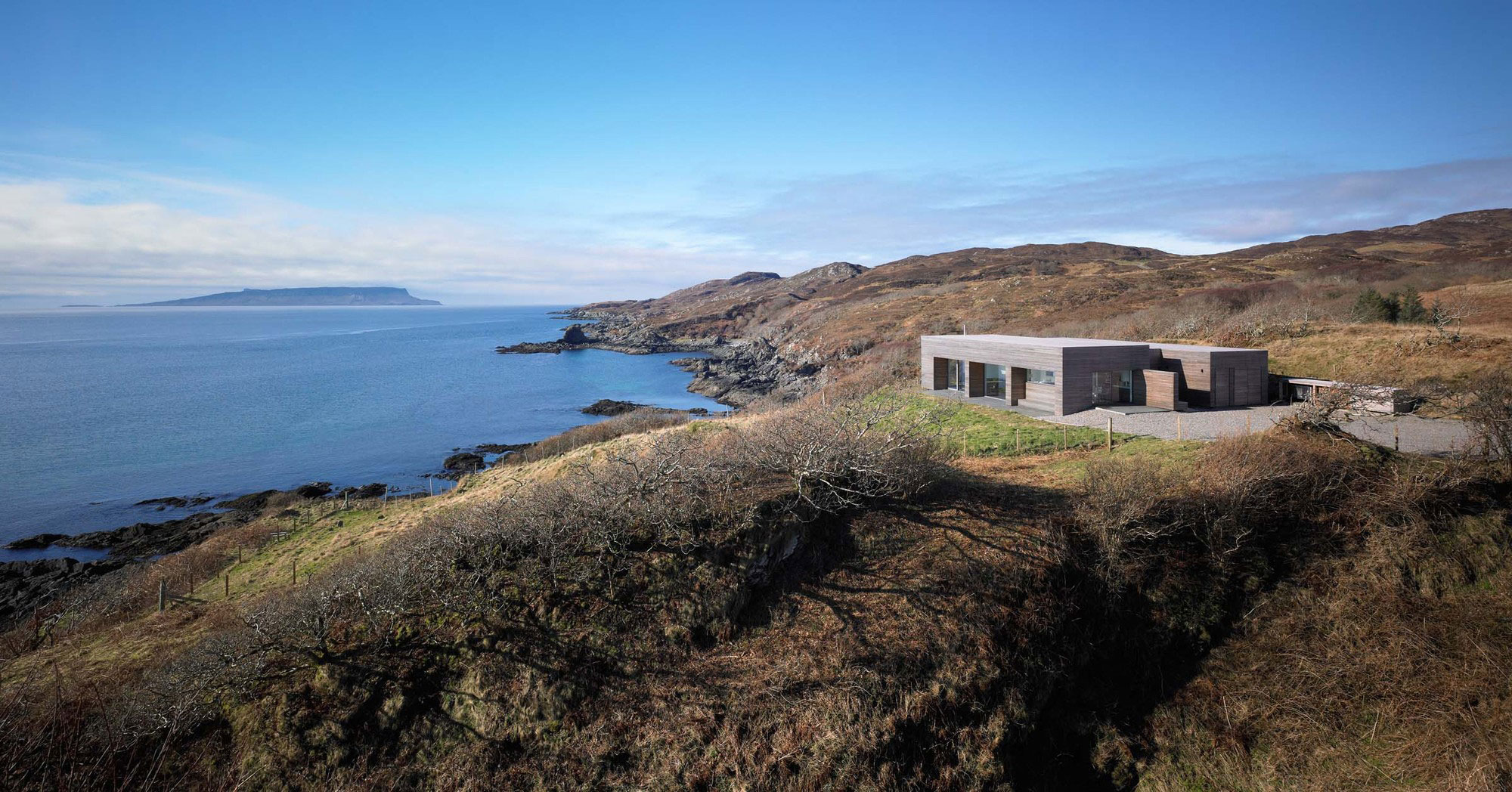 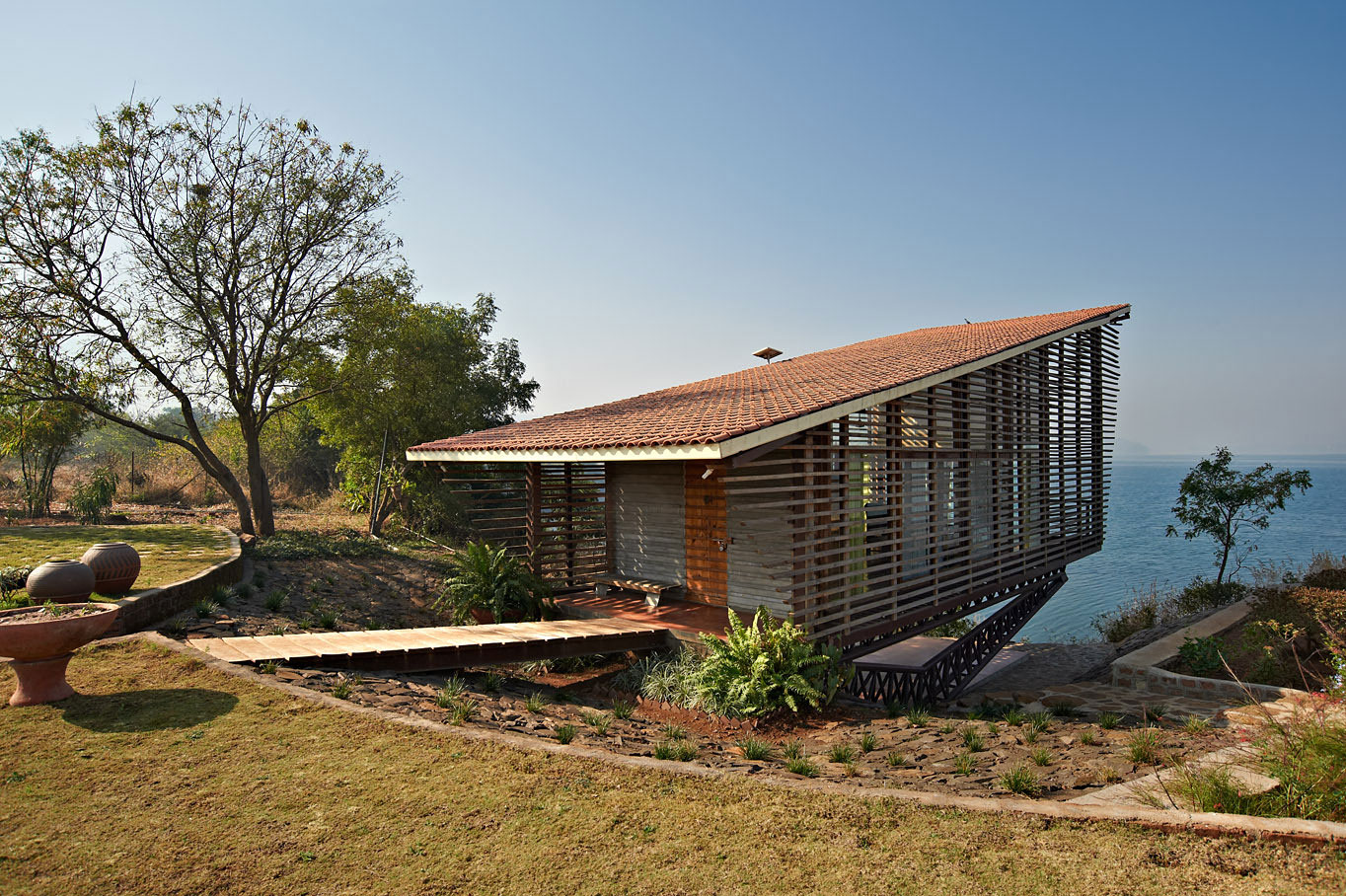 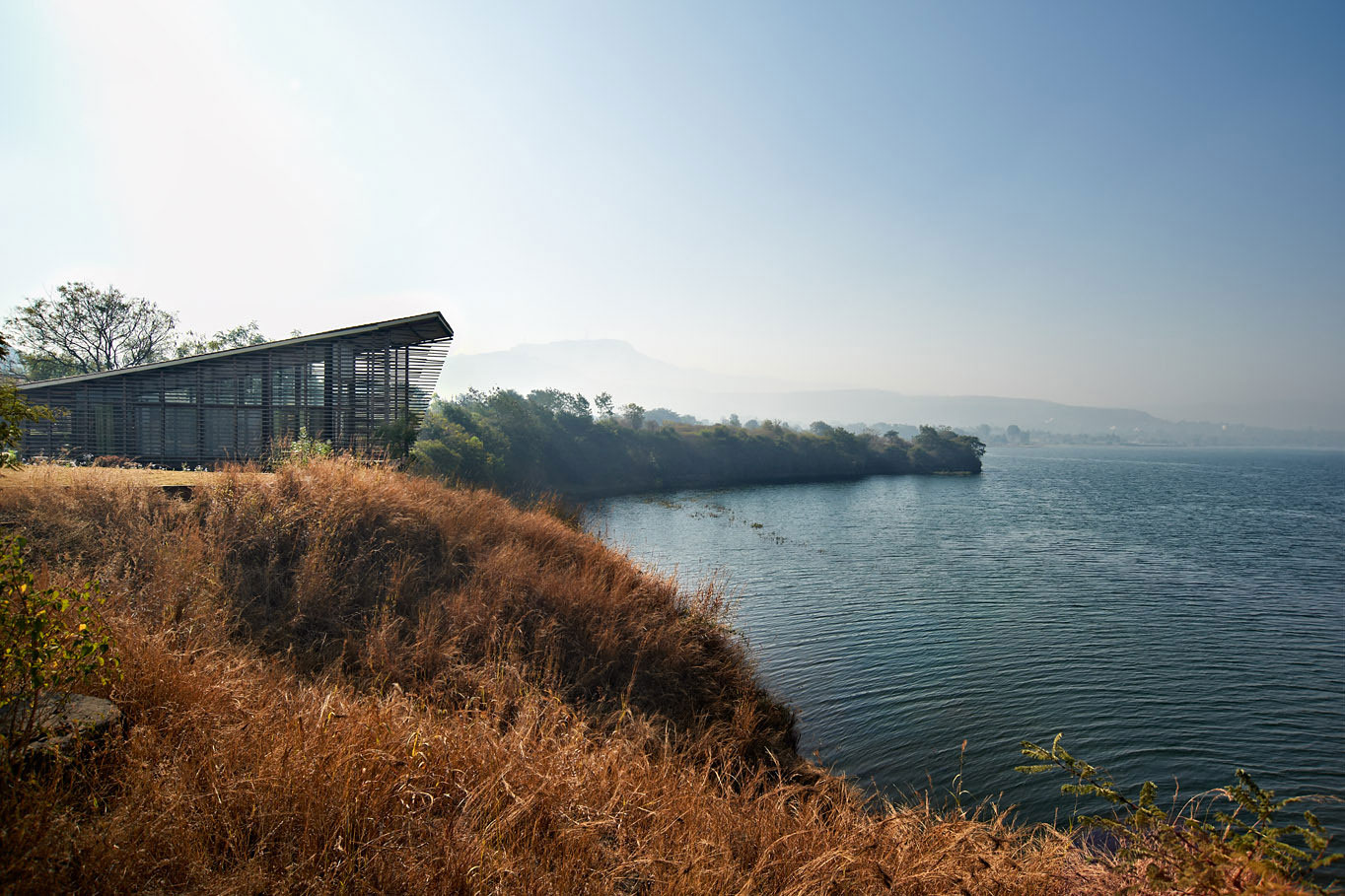 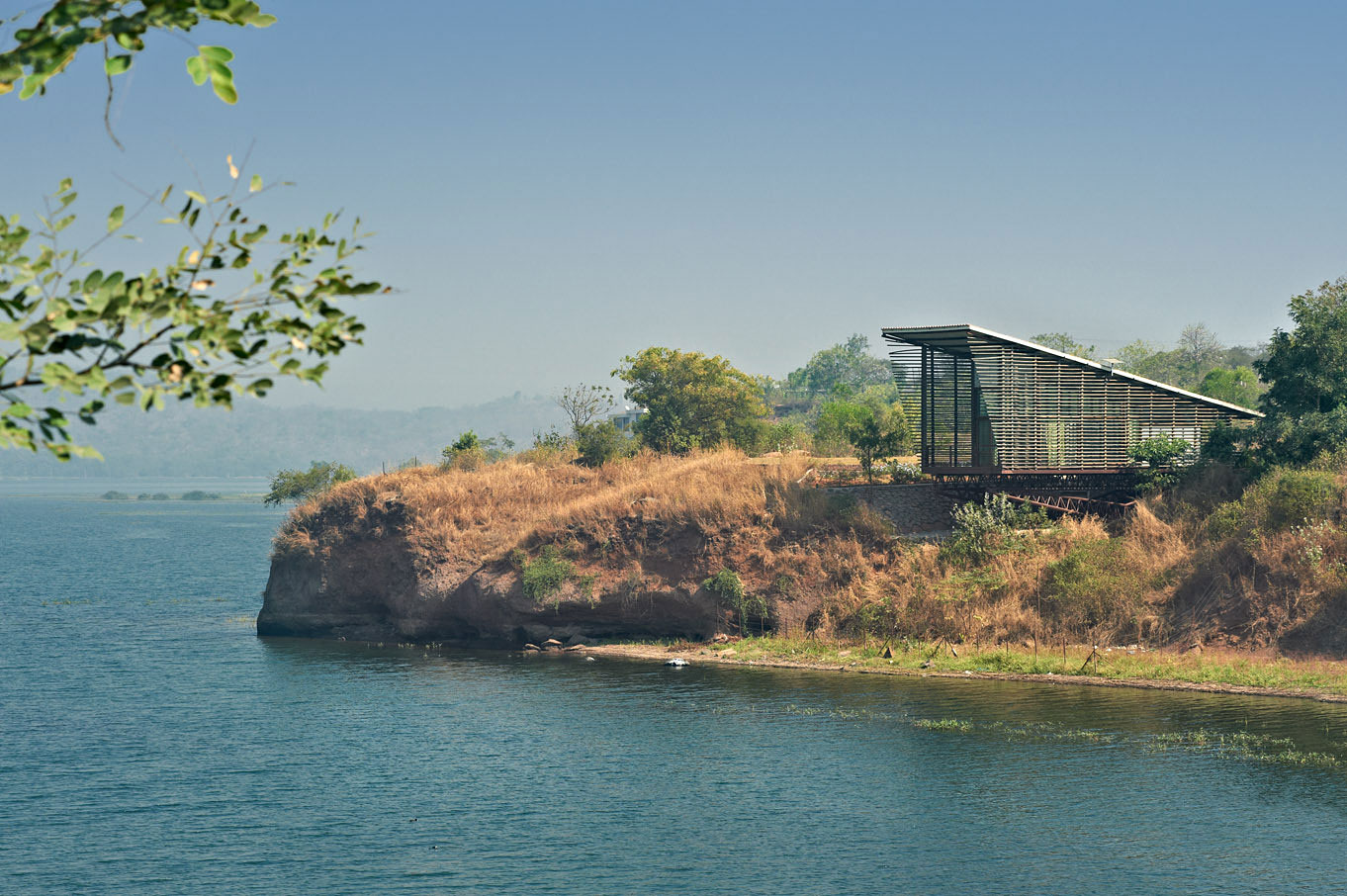 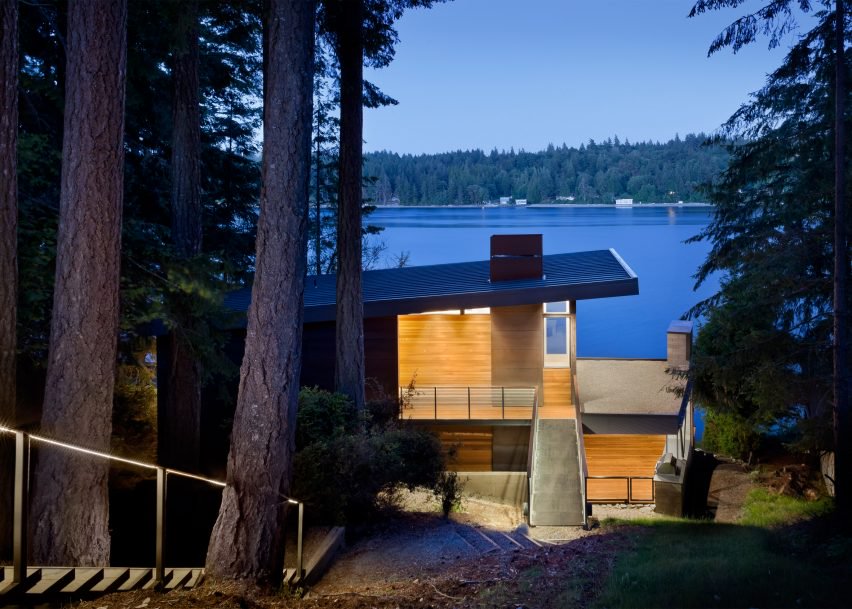 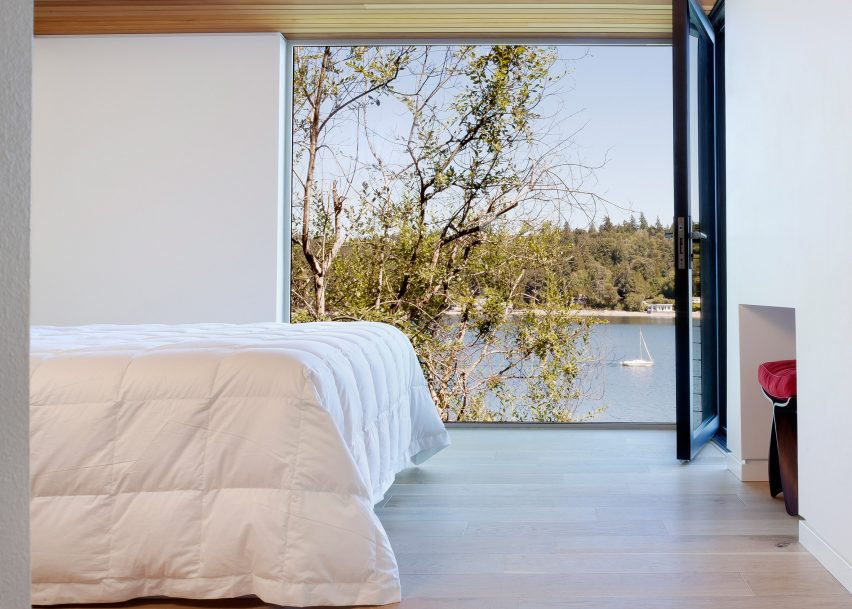 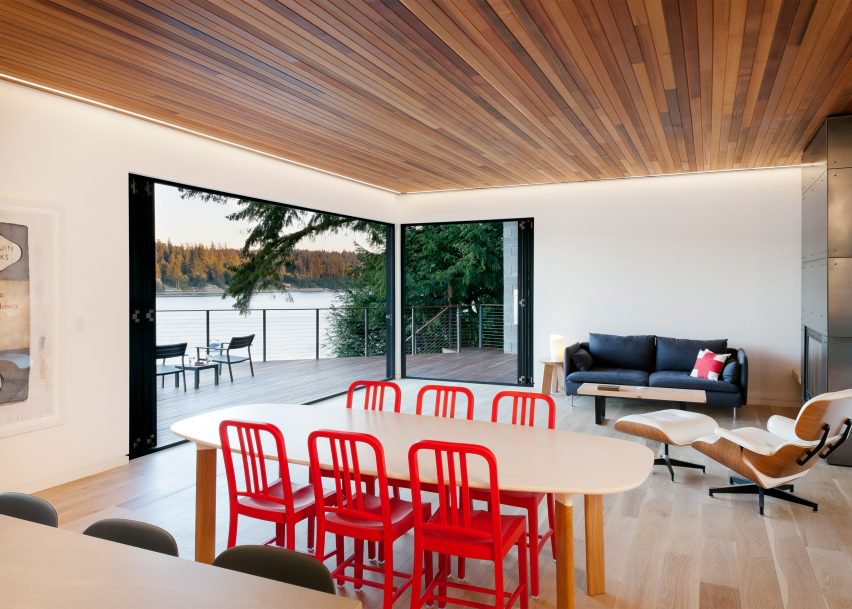 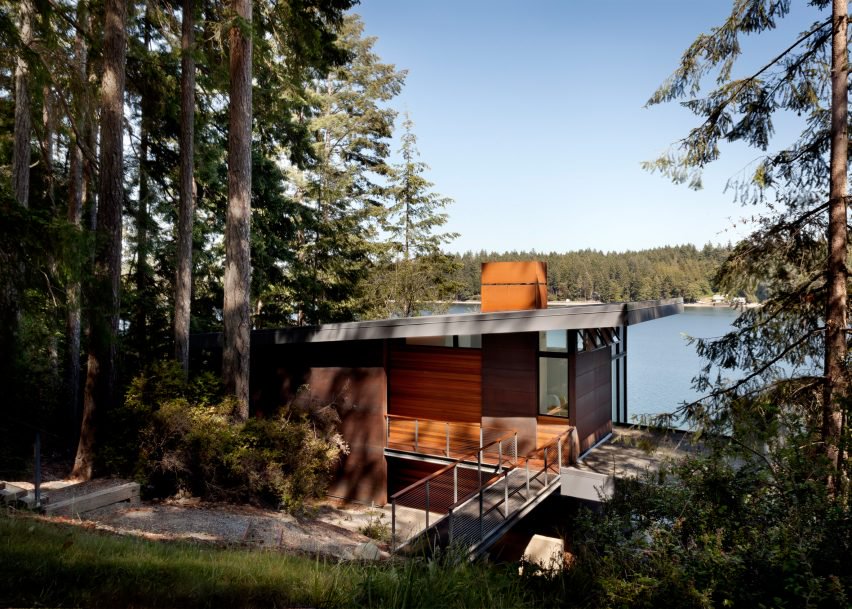 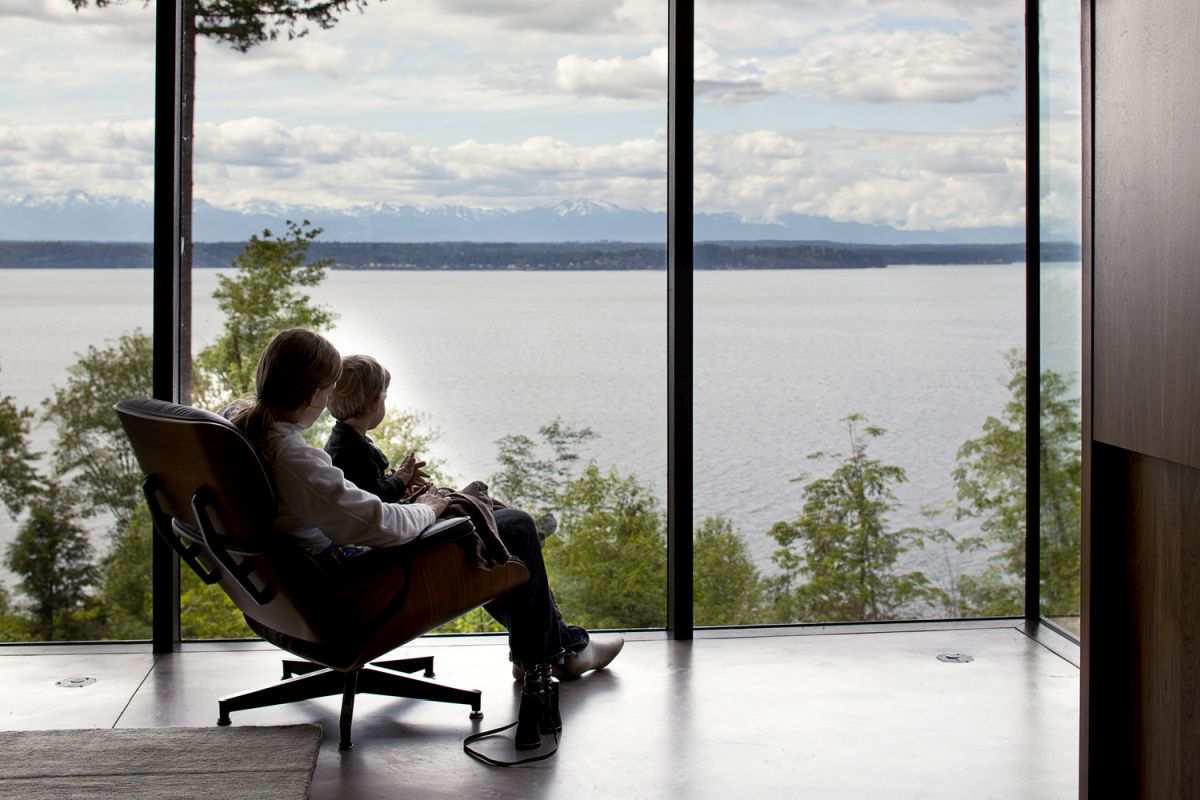 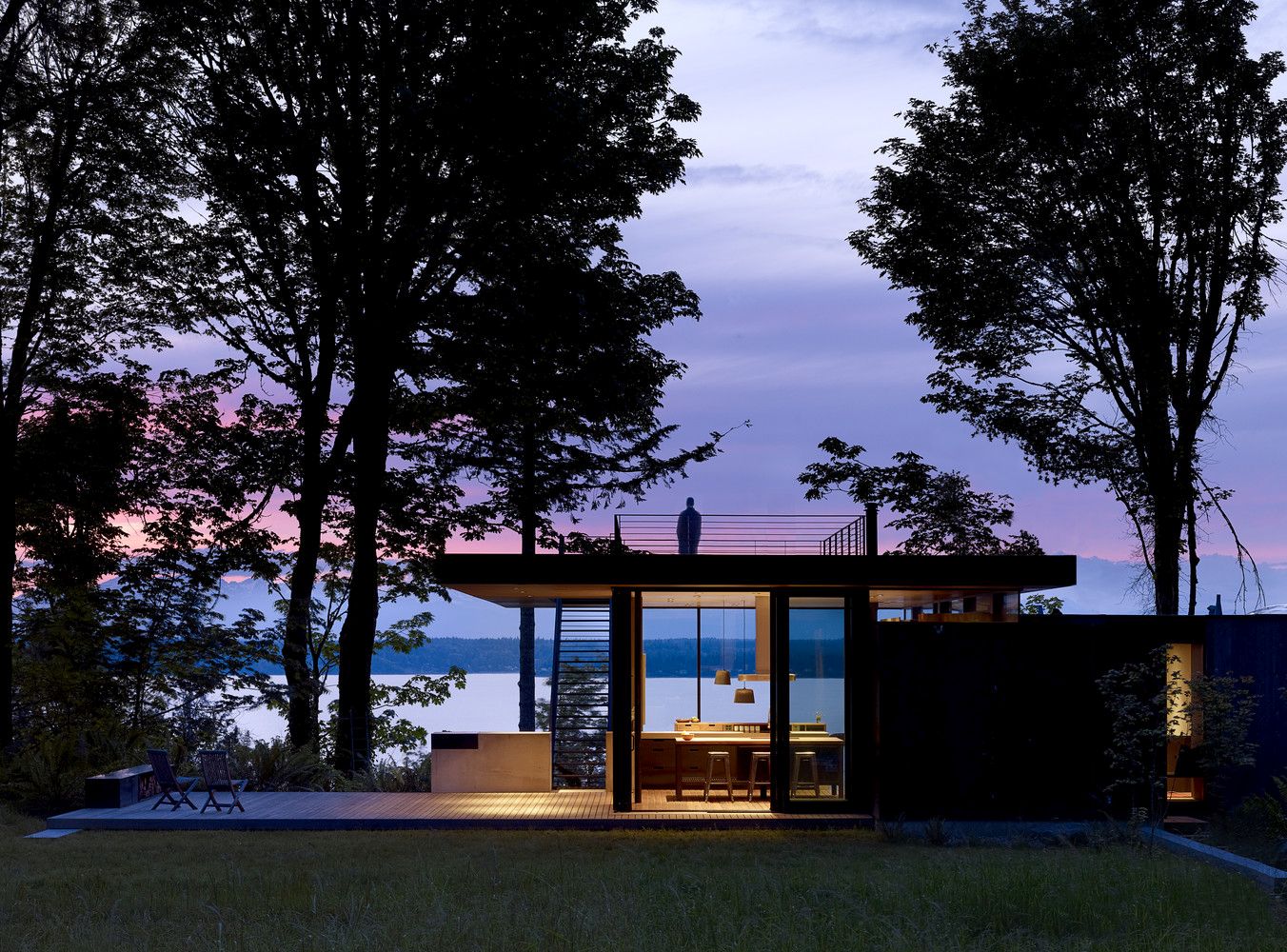 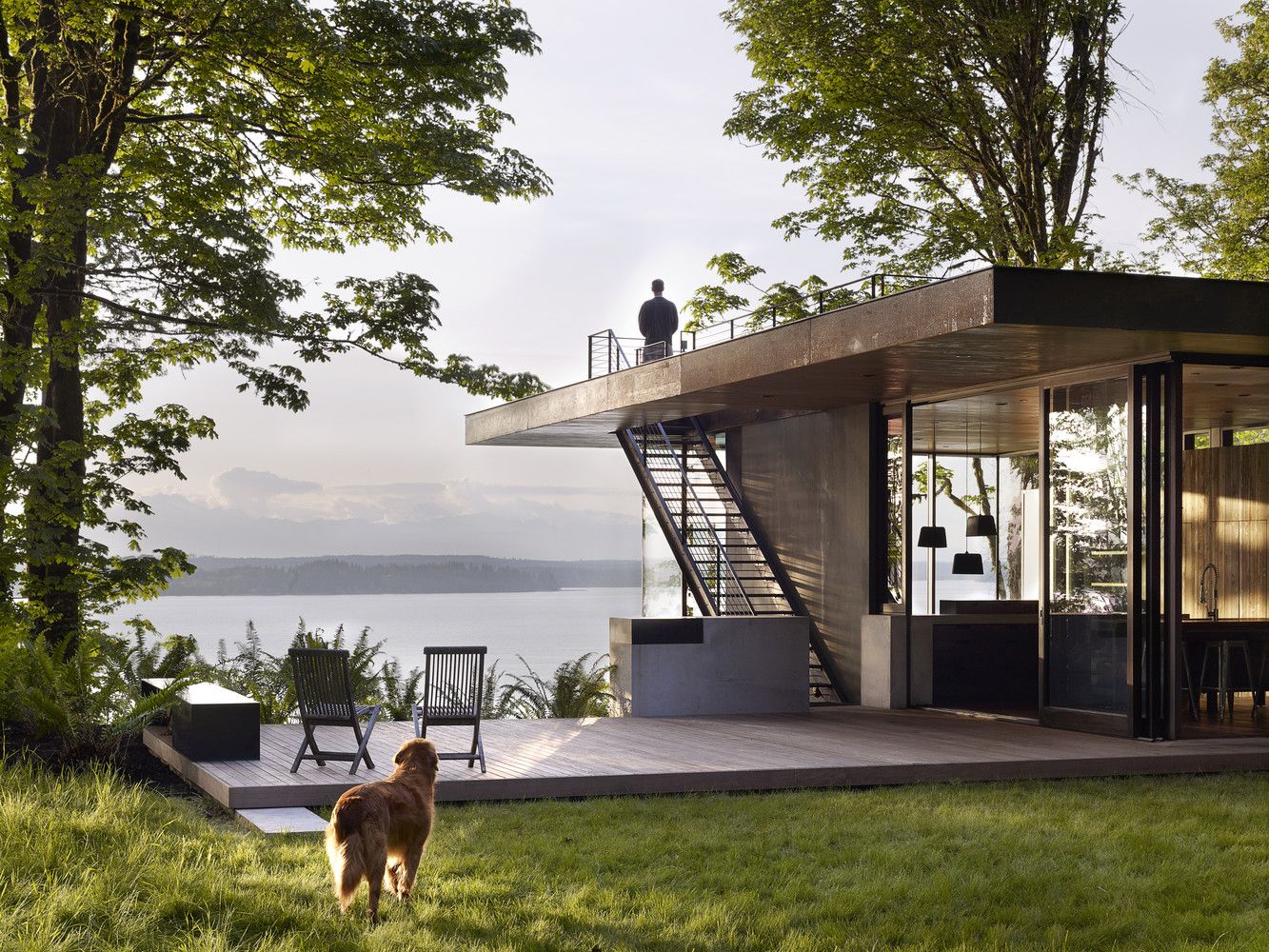 There’s something very relaxing and peaceful about being in the proximity of water. It’s a tranquil but at the same time uplifting experience so it’s no wonder that having a waterfront property is considered such a fulfilling achievement. There are mainly two ways you can go about this. you can either choose to be in touch with nature by keeping things simple or you can choose a more dramatic approach where you turn the property into a landmark, a symbol of lavishness and architectural magnificence. We’re more interested in the first approach and we have ten amazing projects that we’d like to share with you today.

Before this house was even built, its owners kept visiting the site year after year, establishing a close relationship with the land and everything related. Then, when they were ready to finally build something here, they were already familiar with the site, the views and everything else so they knew exactly how they wanted their retreat to look and feel like. They didn’t want a big and opulent house but rather a humble and cozy cabin with a modern and low-maintenance design which could allow them to feel comfortable and connected to the surroundings whether they were spending time alone or with large groups of friends. This is the design that the architects at MW Works came up with.

This waterfront retreat from Seattle has a close relationship with its surroundings as well but in a rather different sense. The house was designed and built by First Lamp Architects and was dubbed Herron Island Cabin. It’s a two-bedroom structure with perfect views over the nearby lake which are only possible thanks to the ingenious strategy that the architects employed. They raised the building on metal supports, sort of like a bridge, lifting it over the land and the vegetation that were blocking the views and bringing it closer to the water. As a result, the cabin has a close connected with nature and everything that surrounds is but at the same time is physically disconnected from the site.

The problem with waterfront properties and houses surrounded by nature in general is that no matter how small and humble the structure is, it always takes away something from nature, from its immediate surroundings. When they created this retreat in Pune, India, the architects at Design Workshop were ready to overcome this challenge by making the cabin stand out in a unique way. They designed a cabin that floats over the edge of a cliff and they made it look like a bird ready to take flight. Their strategy was rather simple: build a glass house with a wood and steel frame and raise on columns to minimize the impact on the land. Needless to say, it was a success.

The waterfront property designed by Dualchas Architects in Isle of Skye, Scotland is interesting in a rather peculiar way. The building stands out visually and contrasts with its immediate surroundings yet this doesn’t stop it from having a close and direct relationship with the site or from looking right at home on this piece of land. The project’s main goal was to make the most of the panoramic views and the architects did that by organizing the interior spaces in such a way that they frame wonderful views on three sides. The kitchen has a small terrace which lets it makes the most of the morning light, the dining area takes advantage of the afternoon light and the main bedroom frames the most wonderful sunset views.

Every house is different and responds to the site it occupies in its own way. A lot of times architects draw inspiration from the immediate surroundings, the forms, colors and textures that surround the property. For example, Casas 31 which is a retreat located in Punta Pite, Chile, has a design which allows it to blend in and to become one with the land. Surrounded by rocky cliffs, the retreat is actually a pair of two houses with walls, floors and ceilings made of stone. They’re situated at the intersection between rocks and vegetation, being the link between the land and the water. This was a project by Izquierdo Lehmann Arquitectos.

Simplicity can take many different forms. For this lake house in Kreuzau, Germany, it meant reduced dimensions, a glass facade and panoramic views. This is a private retreat designed by LHVH Architekten. Its open plan living, dining and kitchen area opens up to the lake and frames the beautiful surroundings while the bedrooms at situated at the rear of the building where they have more privacy without feeling disconnected from the land in any way. The palette of materials is restrained to only a few elements including exposed concrete, glass, anodized aluminum, galvanized steel and cherry wood.

The focus here is on the views and for good reason. Situated in Fairhaven, in Victoria, Australia, this waterfront retreat captures mesmerizing views and has a great relationship with the outdoors. The house was designed by  John Wardle Architects. It’s clad in zinc panels with a greenish gray tint, a color which allows it to blend in and to dialogue with the landscape. The interior, on the other hand, is designed with a lot of wood, a material which allows the spaces to feel warm and welcoming while making the inhabitants feel immersed in nature.

It’s often the remote locations that offer the most amazing views. At the same time, they pose challenges for the architects. Difficult topography combined with the desire to minimize the impact of the building on the land and the surroundings inspires architects to come up with unique designs, like that of the Waterfall Bay House from New Zealand. This was a project completed by Bossley Architects. The house is surrounded by a lush forest in a remote bay and features a series of cantilevered spaces and volumes raised above the tree tops so they can capture views of the lake.

In addition to everything we mentioned so far, building in remote locations also has another downside: logistics. In other words, in some cases it’s very difficult or even impossible to transport all the necessary equipment and materials on site. That, however, is just another challenge to overcome for the architects. The solution usually involves the use of prefabricated components. One such case is this house located in Brissago, Switzerland. It was designed and built by architect Daniele Claudio Taddei and was erected in only three days using prefabricated timber panels which were brought on site by helicopter. The extraordinary views were worth the effort.

When asked to design a waterfront home with a seamless indoor-outdoor connection and a modern and welcoming design, DeForest Architects knew exactly what had to be done. The site was situated in Seattle, between a lake and a narrow private lane. The biggest challenge was emphasizing the views while offering a sense of privacy and making the interior spaces feel warm and inviting. The architects gave the house a private courtyard and a main floor which seamlessly extends outdoors as well as a series of floor-to-ceiling windows and sliding doors and warm wooden accents mixed with contemporary furniture.