Not many families decide to build their new home in the middle of the forest. This option is definitely not for everybody. However, the few cases that exist make the most of the situation. Take for instance the Concrete House in Caviano. It was a wonderful project by Wespi de Meuron Romeo Architects.

Completed in 2015, the residence is located in Gambarogno, Switzerland. It was built here for a family of three and it looks quite unusual. The building is situated in the close proximity of Lake Maggiore as well as close to an architecture office built there in 1981.

The residence and the office share the same plot and regulations dictated that the house only had 128 square meters at its disposal. That would be 1,378 square feet of space where the architects had to build a new home without damaging the existing structure. The regulations also required that the new project enrich the exterior space seen from the office building.

The existing building was the main influence that determined the outer form of the family residence, that being because of the fact that it had to be built on a leftover plot. Other details that influenced the design included the close proximity of the house to the road, the office and the forest.

The result was a house with an outer shell resembling an irregular pentagon. It covers an area of 79 square meters (850 square feet). Inside this pentagonal form there is a rectangle of 48 square meters (517 square feet) representing the interior space.

The whole building looks like a set of giant stone blocks set in the middle of the forest. This is due to their compact structures and closed facades. The rough concrete surfaces darker with the passage of time, this allowing the house to easily blend in with the surroundings.

As seen from the street, the residence looks like a very simple and closed one-story structure. The only opening visible is the raw steel gate which offers access to the front yard. However, from the valley the house looks like a narrow three-story tower.

This unusual house has three floors in total. The entrance, the main living area, the dining space and an open kitchen are situated at street level. Two sides are completely closed while the other two are glazed, opening the spaces to their surroundings.

The lower floor gets some of its natural light from a skylight above the staircase. This is where two bedrooms each with their outdoor terraces, a bathroom and a set of stairs that lead to the wine cellar, technical room and work area can be found. 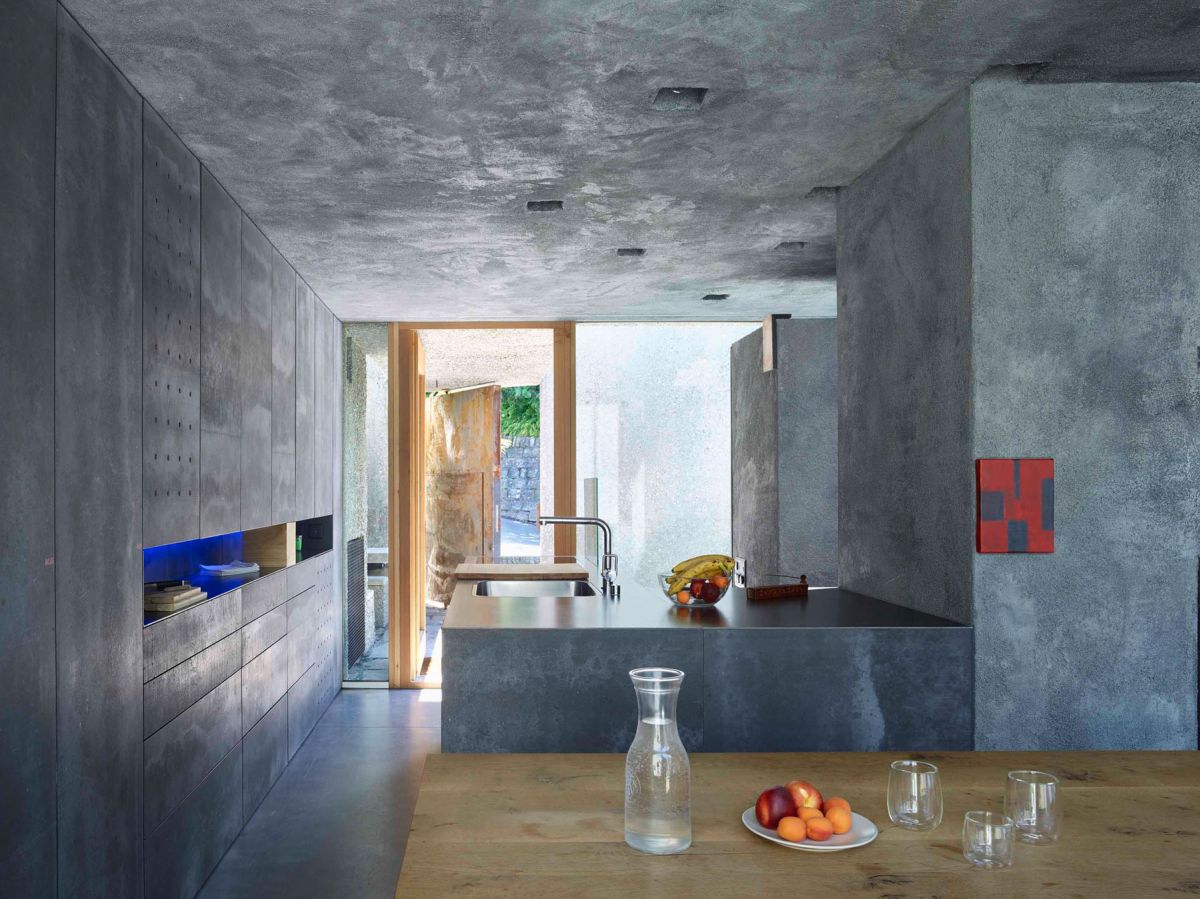 Two courtyards help bring the interior spaces closer to their surroundings. The front yard has natural stone pavement and two palm trees. Its role is partially to let sunlight into the interior spaces and to offer a buffet zone between those and the street. The second courtyard offers views to the lake and mountains in the distance. 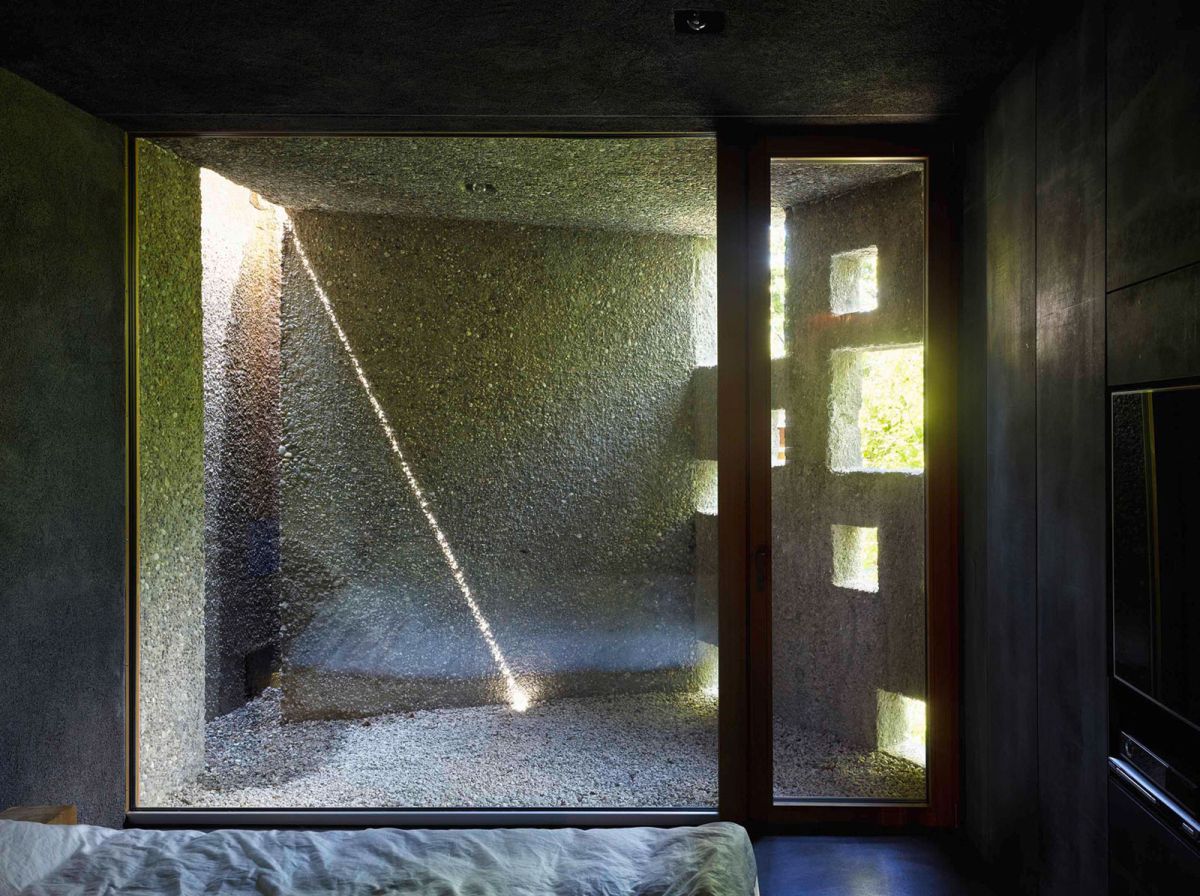 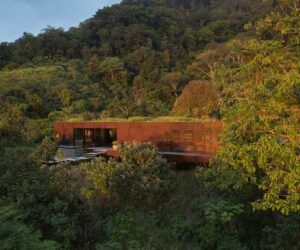 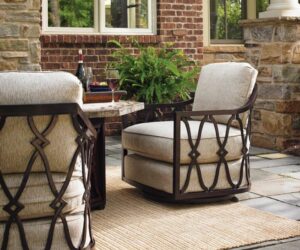 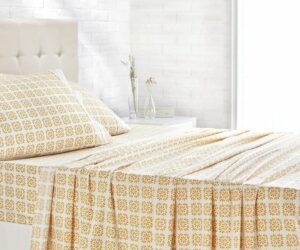 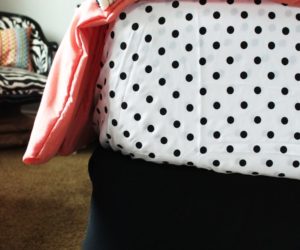 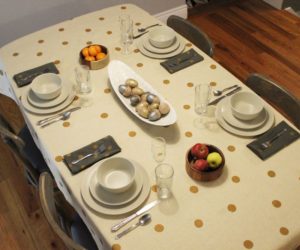 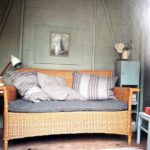 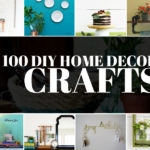 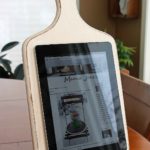 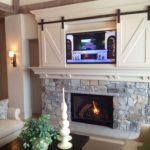