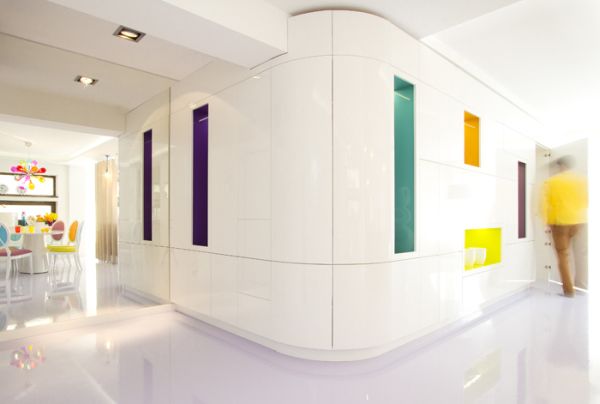 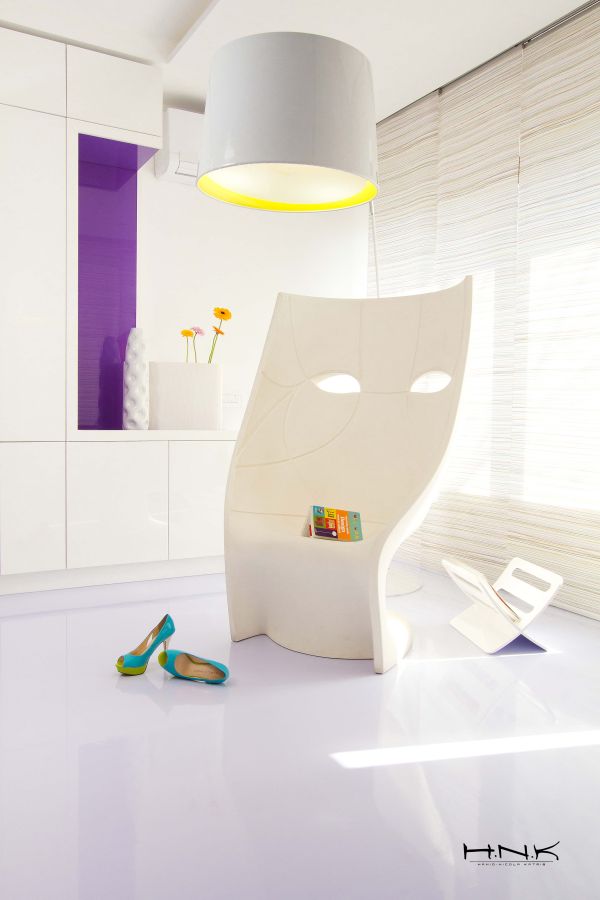 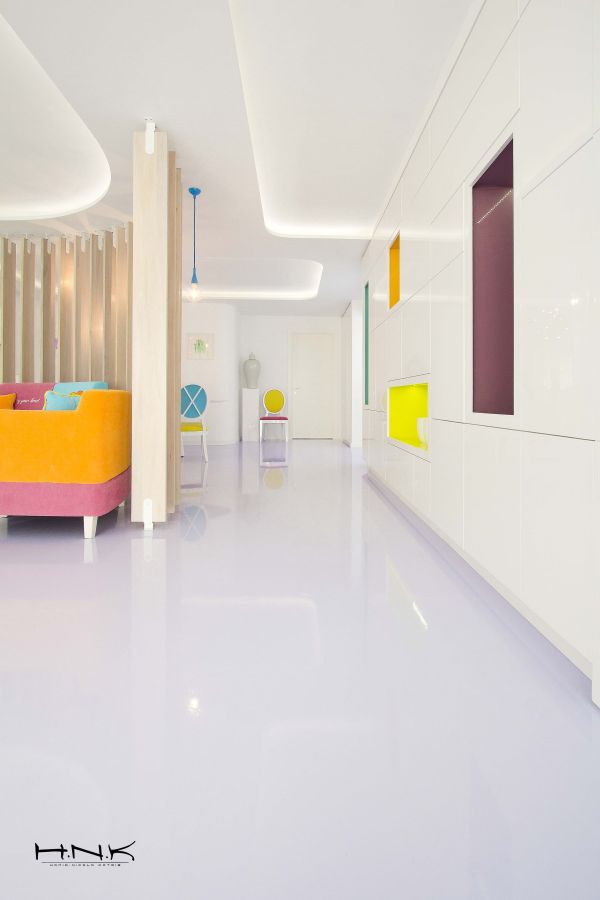 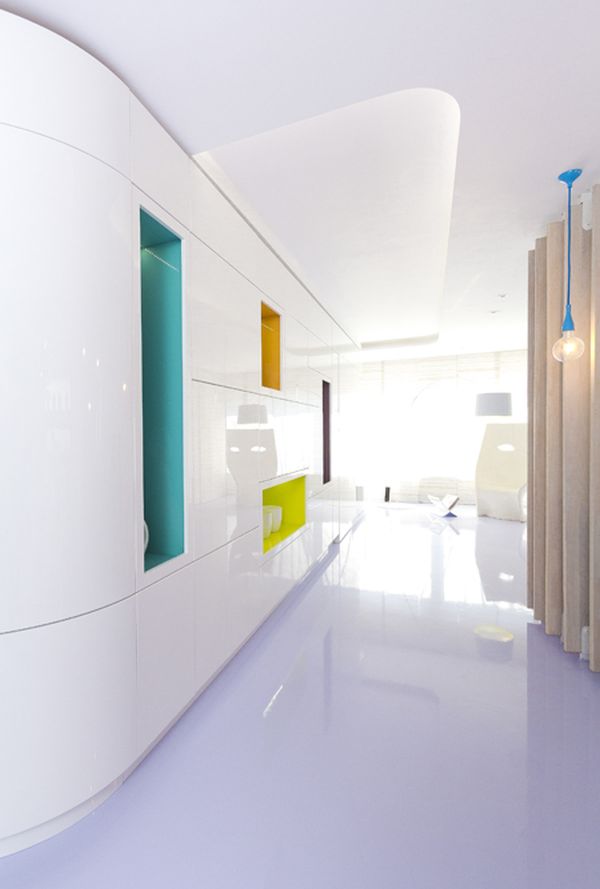 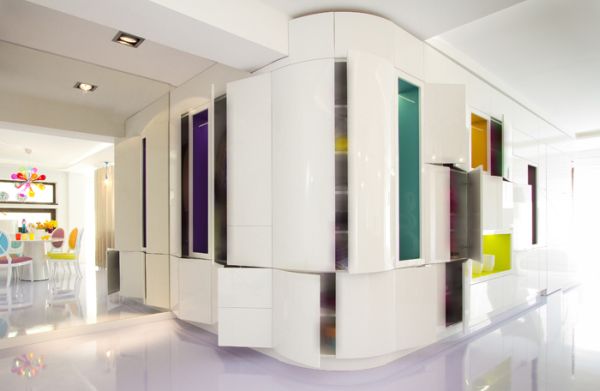 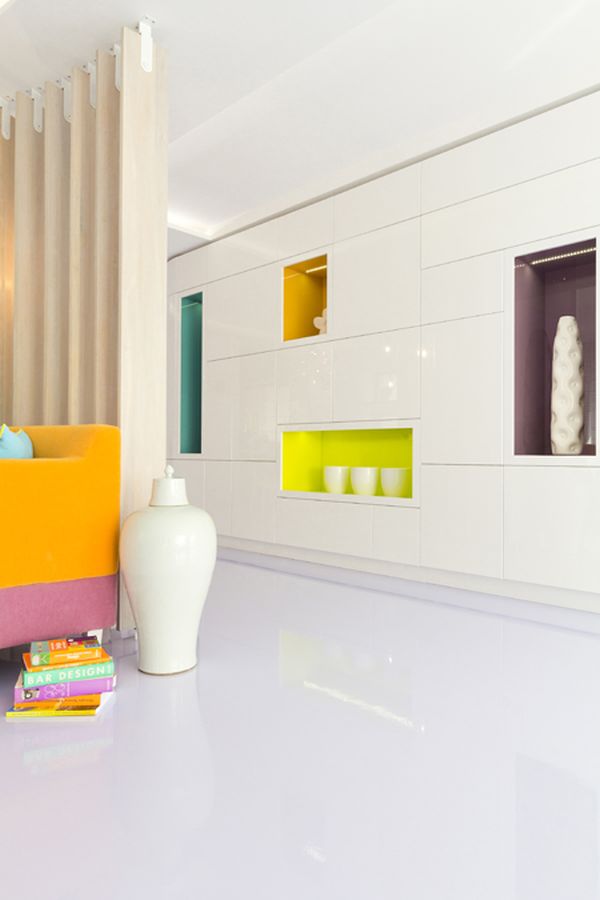 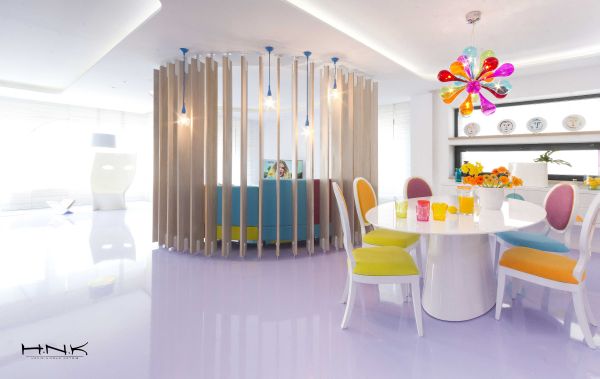 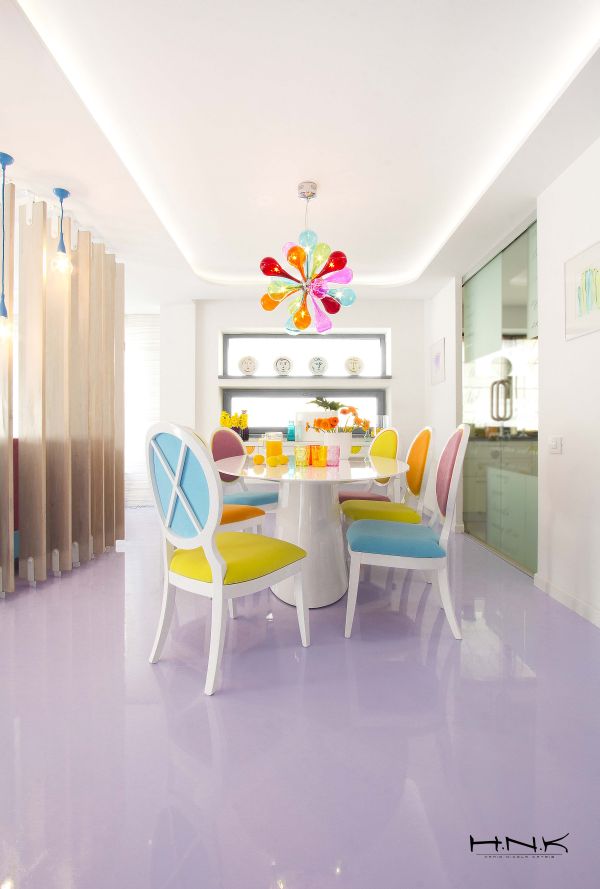 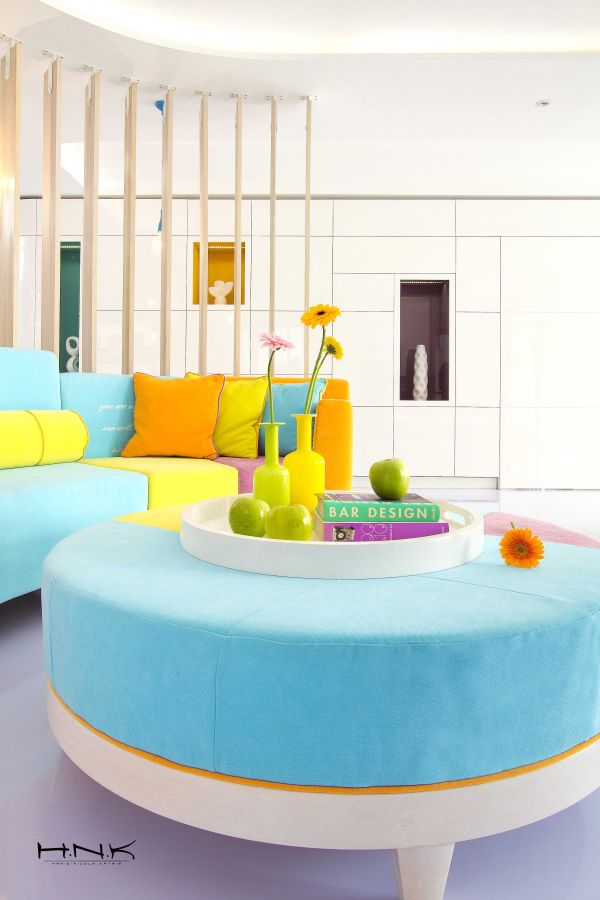 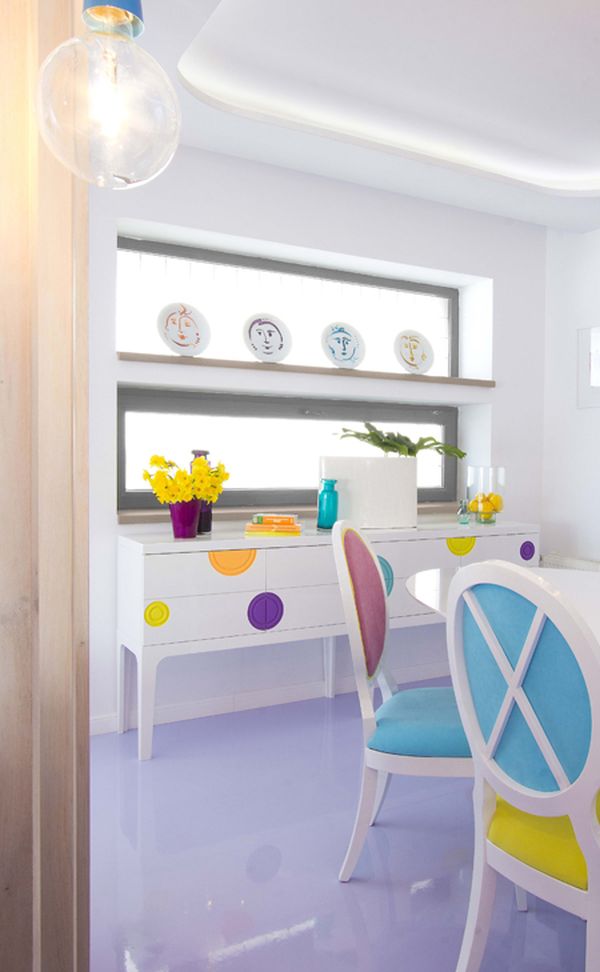 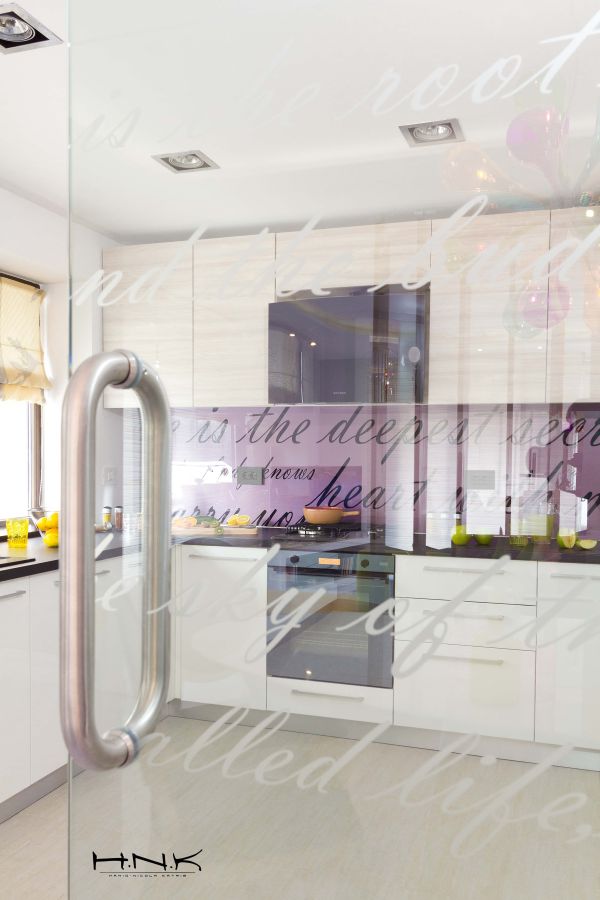 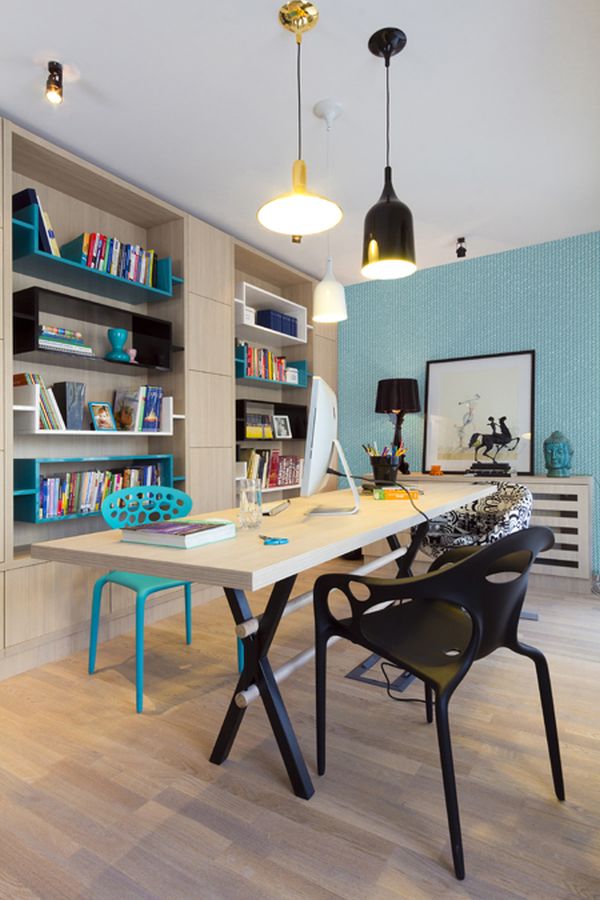 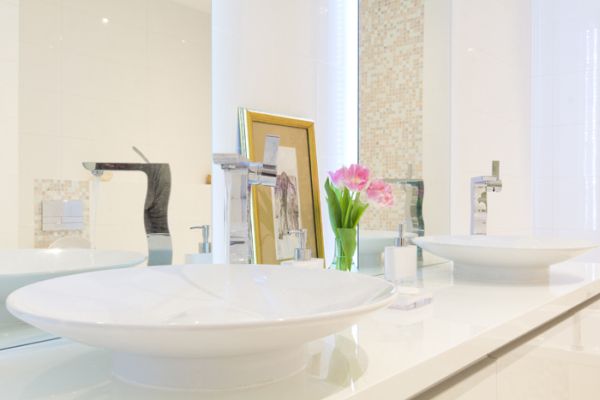 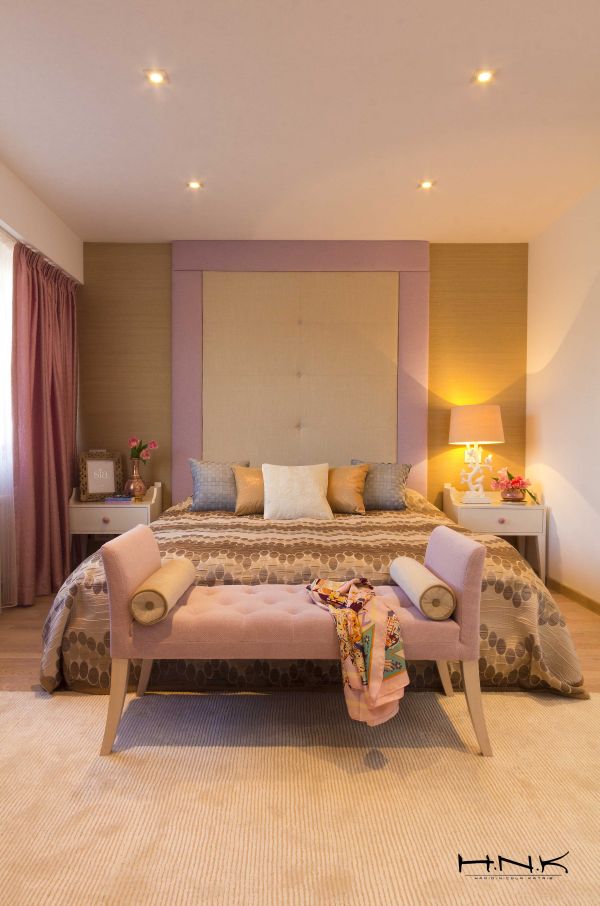 The minimalism of the interior design, the unusual color palette and the overall futuristic décor make this apartment one of the most interesting ones we’ve seen so far. The apartment is located in Bucharest, the capital city of Romania and it was designed by Hamid Nikola Katrib.

As you can see, the color palette is very bold. The main shade is white and it was used throughout the apartment, on the floor, ceiling, walls and on some of the furniture and its simplicity and versatility makes the bold accent shades pop even more.

The designer had the task of renovating the apartment and he decided to make several important changes. The kitchen is now a separate room, enclosed with glass doors and now the living room and the dining area form the open space which is very large, given the fact that the apartment has a surface of 160 square meters. The bathroom was enlarged a little bit and, as a result, the hallway became smaller.

The whole transformation was completed in around 9 months. One of the most interesting elements is a curved bookcase made of lacquered MDF which has brightly colored niches of different dimensions. It’s a massive structure which also includes the door leading to the guest bedroom.

The living room is probably the most colorful space. The home office is bright but has a color palette with less striking shades. The bedroom doesn’t really fit the pattern. It was designed as a cozy and relaxing space, with soft colors and subtle lighting.{found on designist}.