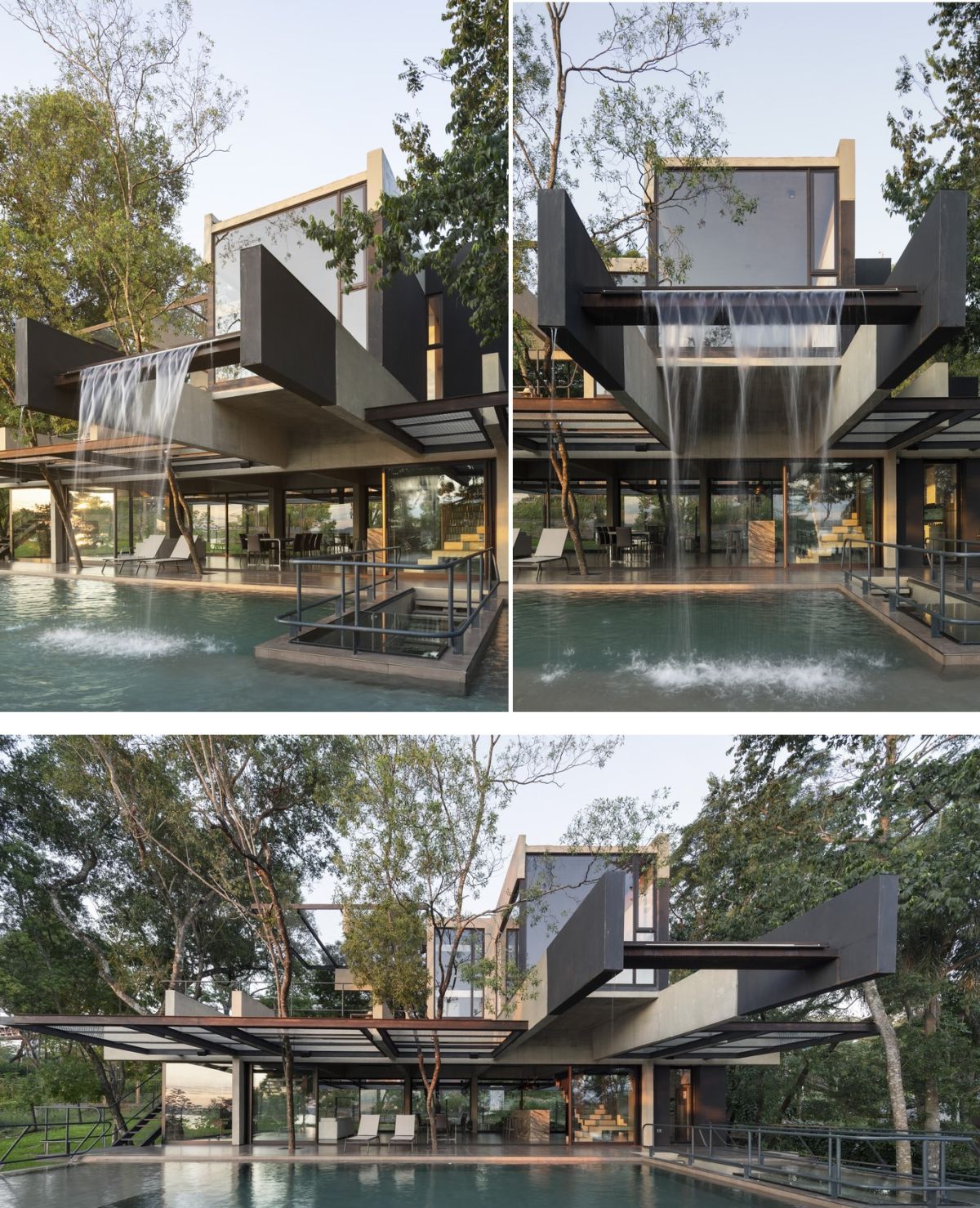 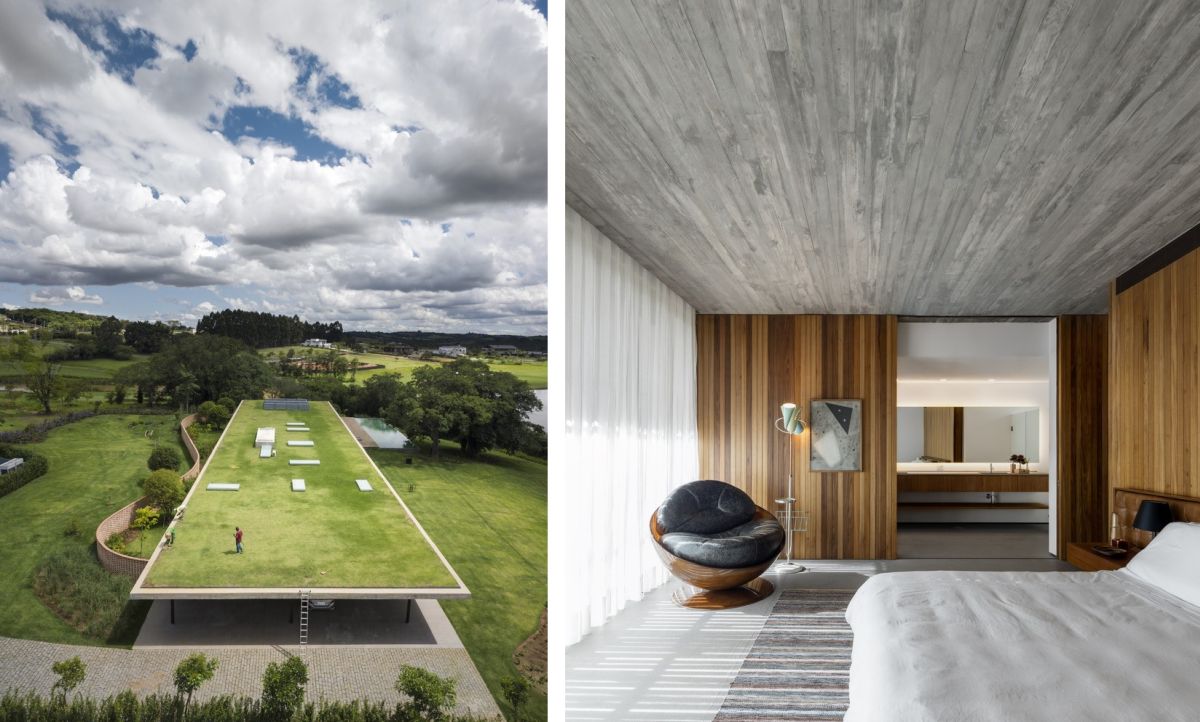 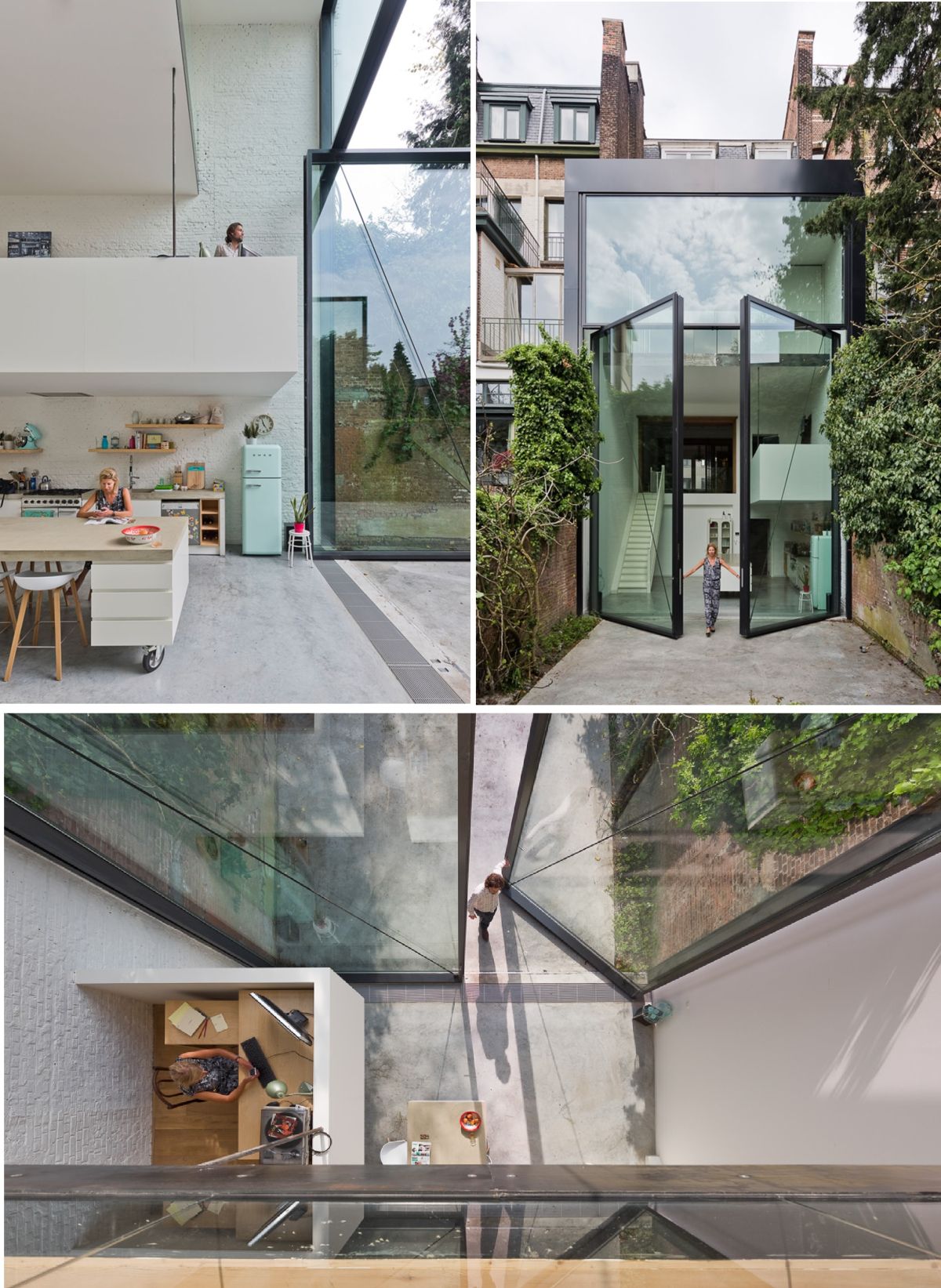 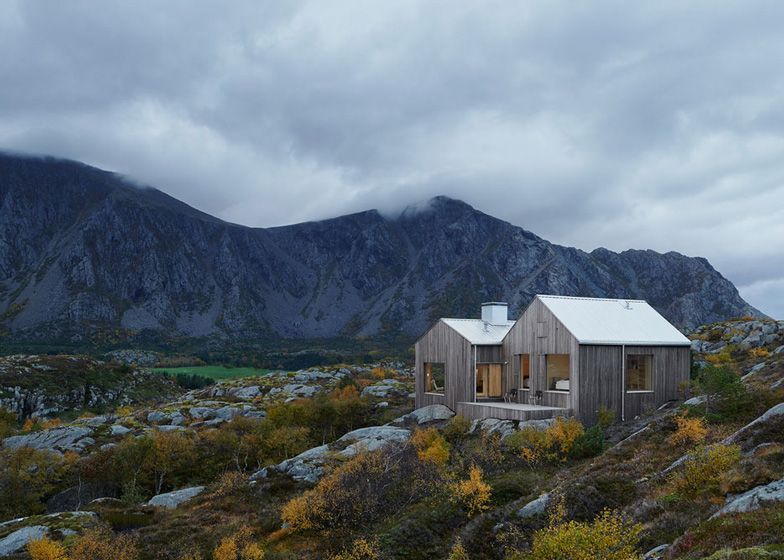 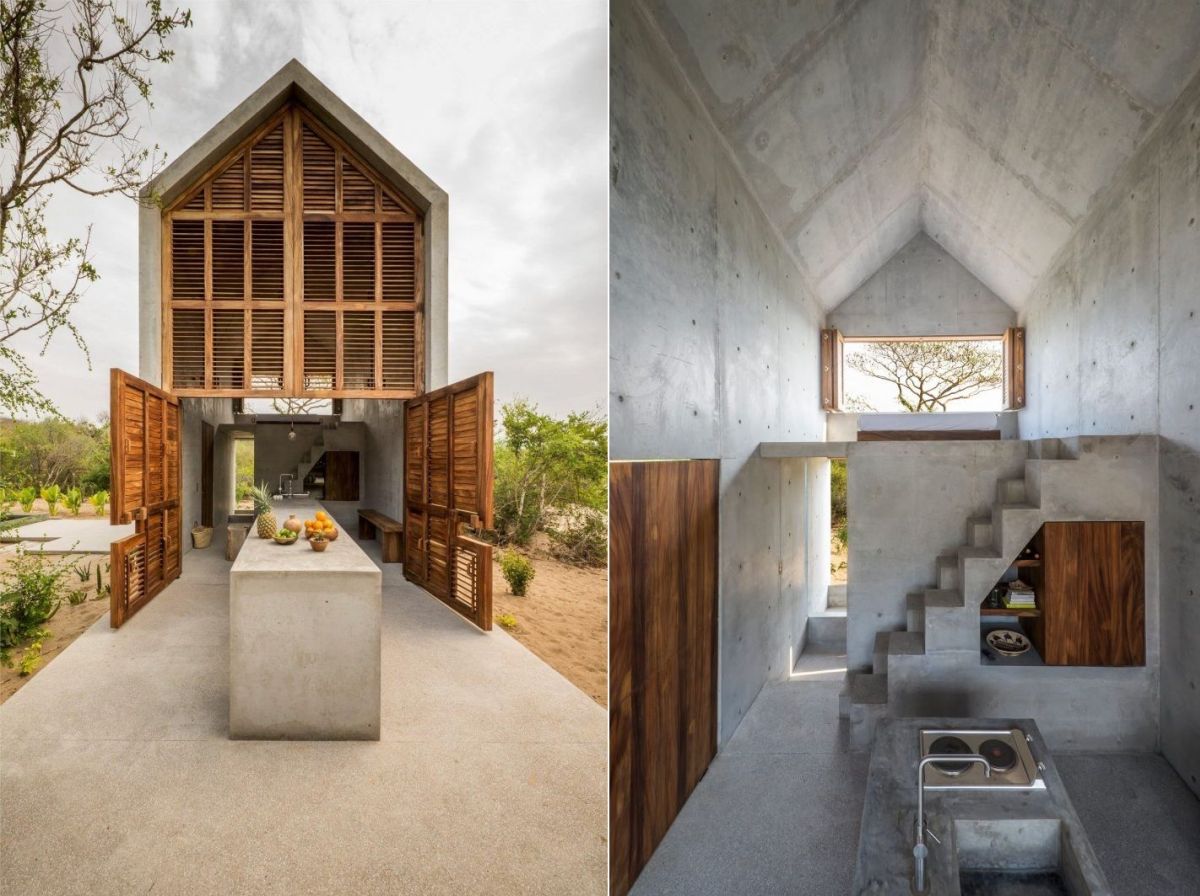 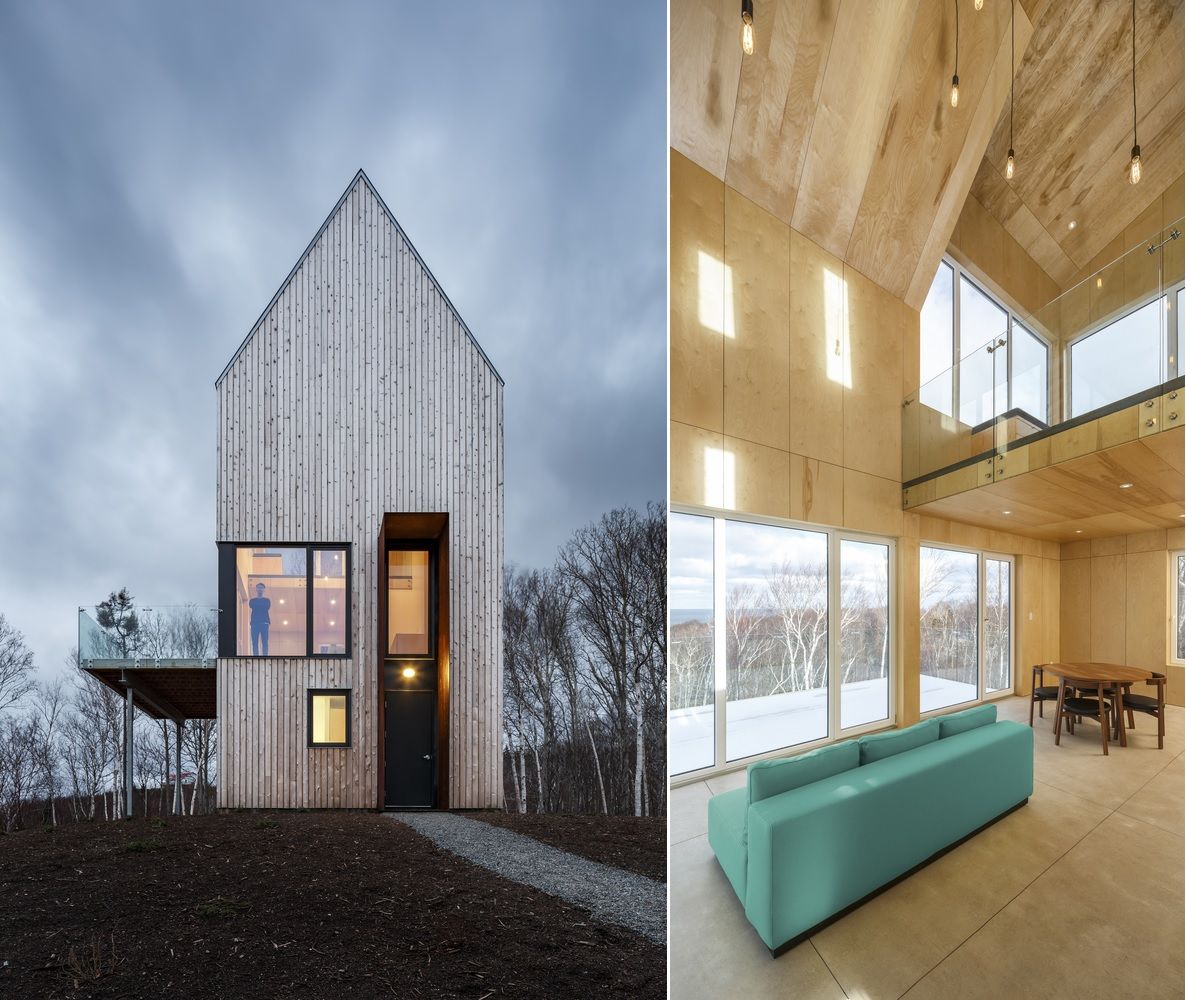 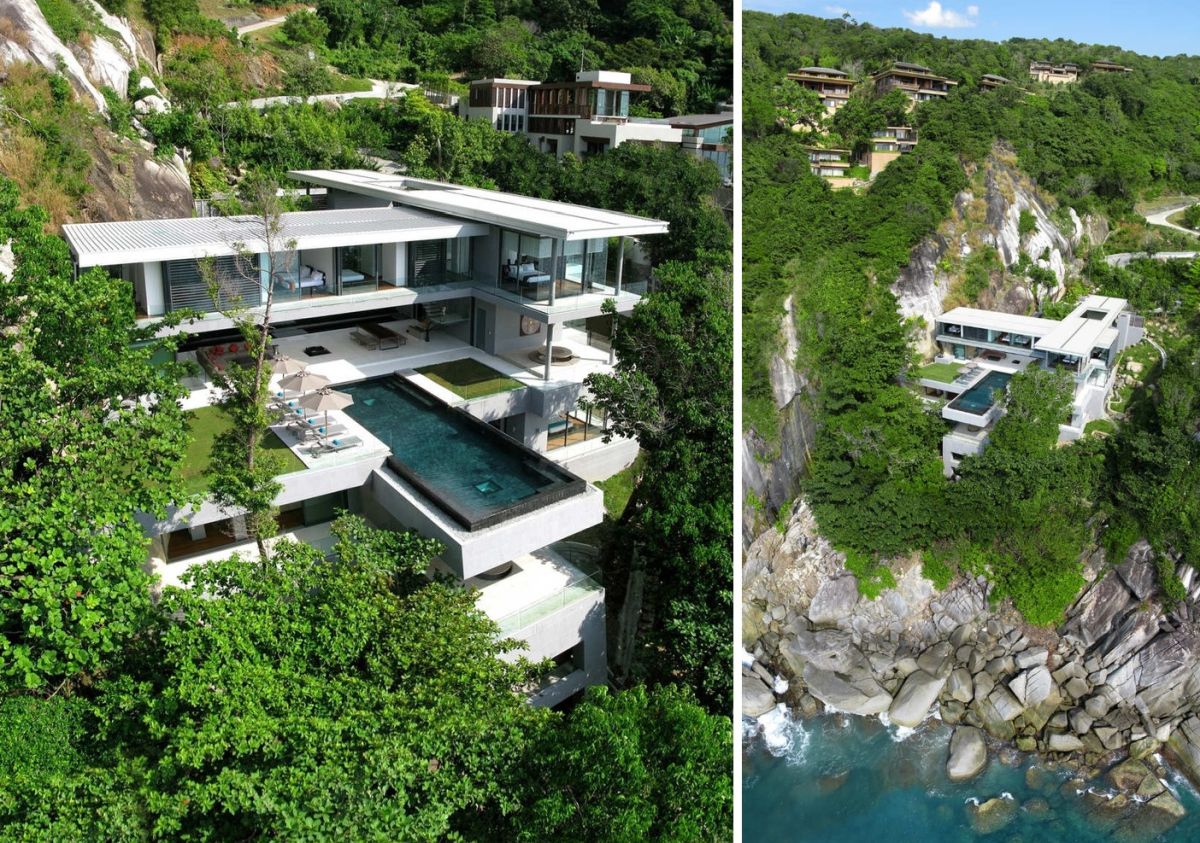 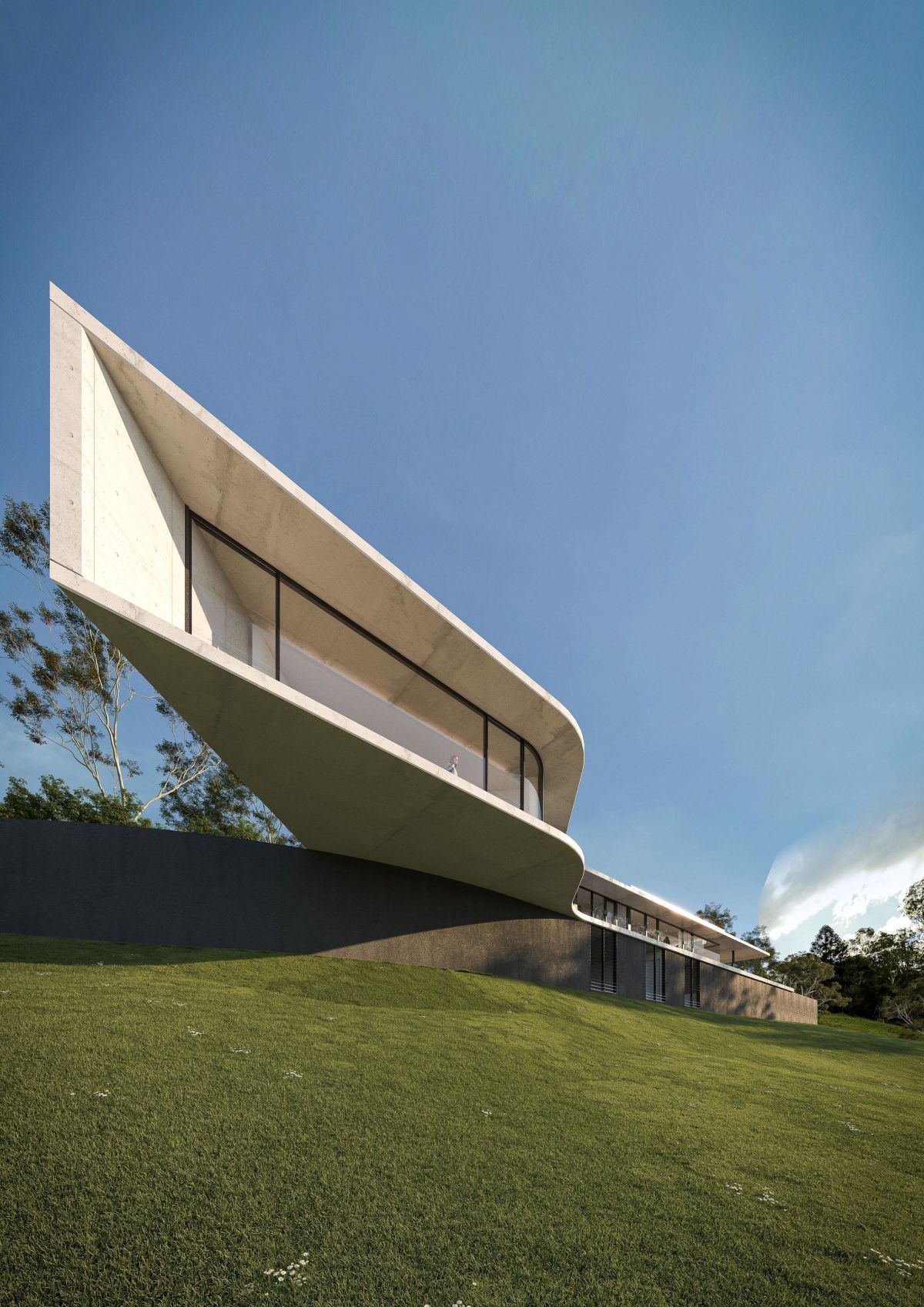 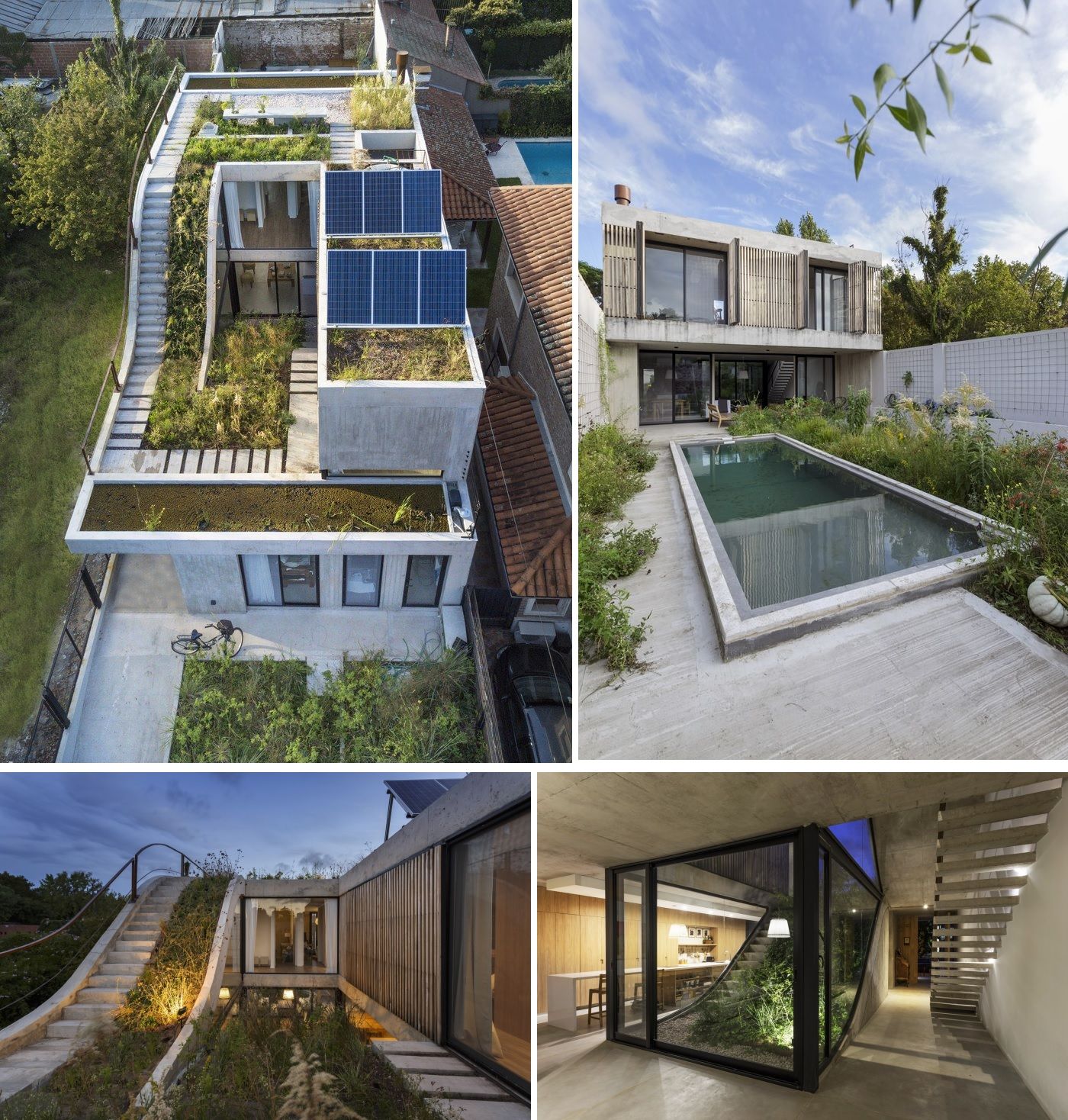 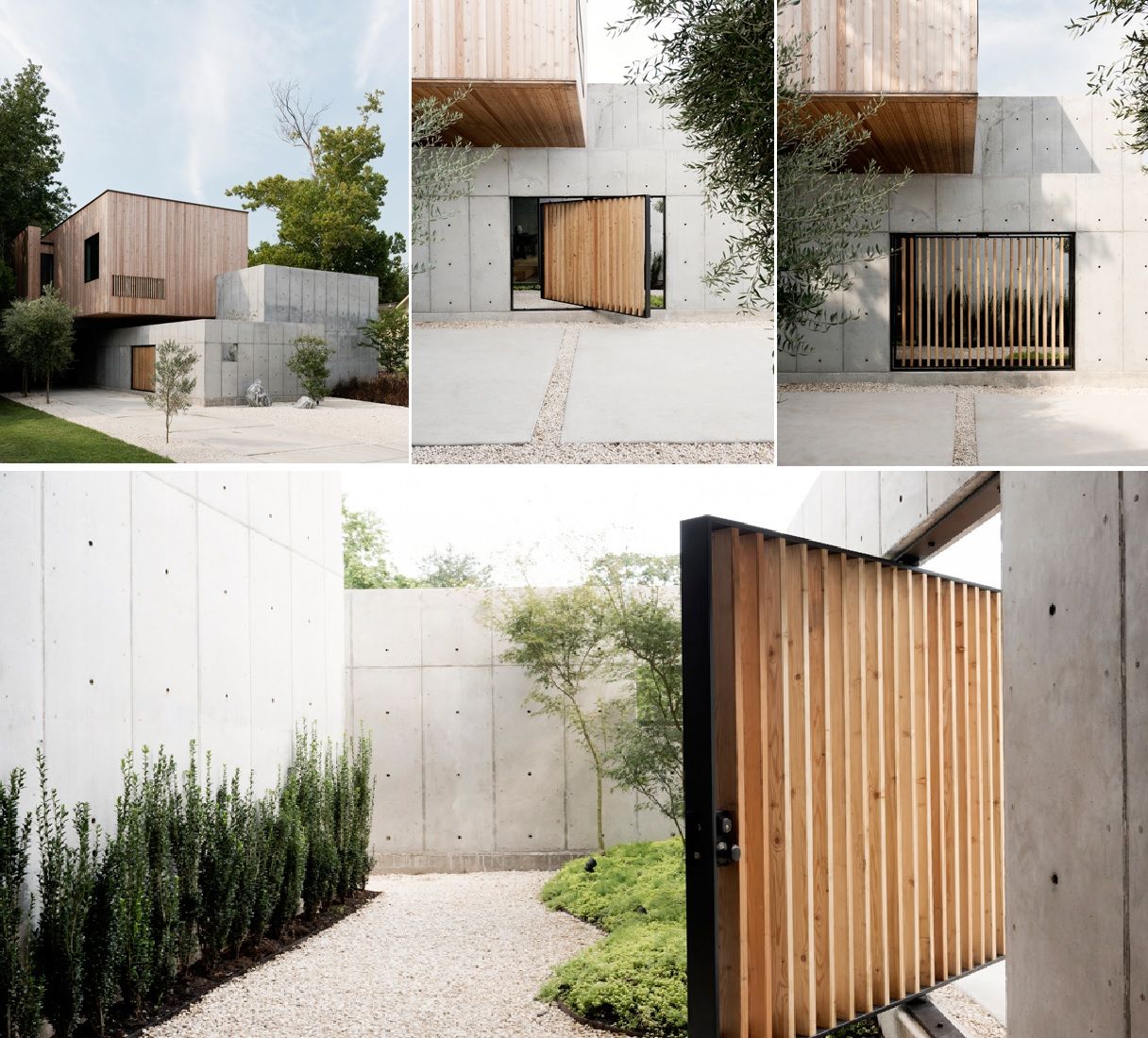 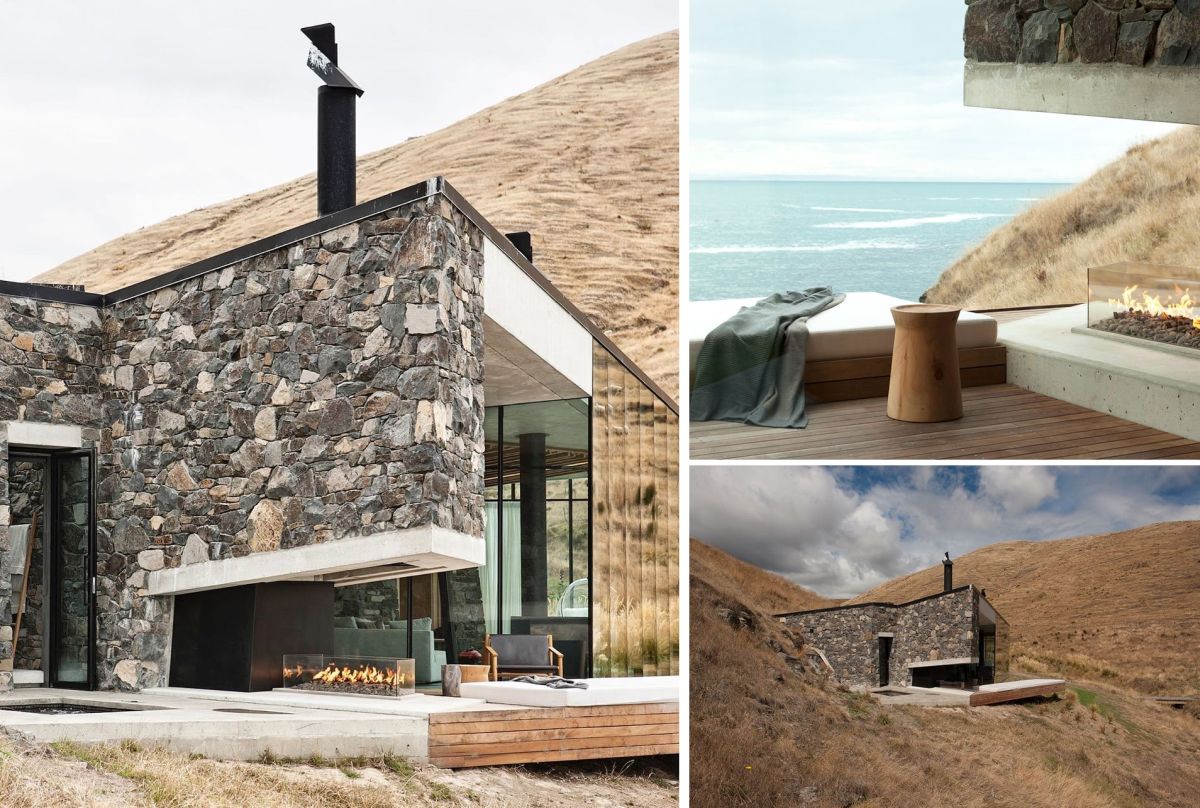 Beauty lies in the details and in architecture that can translate into all sorts of interesting features. We commonly come into contact with designs that have eye-catching details, whether it’s the unusually-shaped roof of a house, the colorful facade of an office building or the materials and textures incorporated into a particular project. There’s a lot of inspiration to be found in such details and there are some examples that we’d really like to show you today.

The Seascape Retreat in New Zealand

This cozy little thing is something that studio Patterson Associates built on a coast of the Banks peninsula from New Zealand. It’s one of four villas and it’s a wonderful retreat. The coolest thing about the design is the walls. They’re made from rocks that were taken from the area around the site. The walls are topped with a turf roof which is also looking very interesting and helps the structure to blend in with the hills that surround it.

The Stone Creek Camp in Montana

This structure has a very natural and organic-looking design and that’s exactly what makes it stand out and look so interesting. It’s a project developed by Andersson Wise Architects and it has a lot of cool little details. The windows are small and not even in a regular way. They’re really small and the walls around them are trick which looks unusual but also intriguing. It’s an odd design that actually works out well in this context. Of course, it’s not all boxy. Entire walls can be opened up, connecting the indoor and outdoor spaces seamlessly. Of course, the most striking detail of all is perhaps the selection of materials: all the wood on the walls and grass on the roof.

Studio RobertsonDesign created a very interesting house that has a geometric structure. It’s not a very big house but that doesn’t make it any less impressive. As you can clearly see, the house is organized into three modules. They look like large box-like structures and two are made of concrete while the third one is made of wood. This creates a nice contrast and helps to emphasize the Japanese design influences used throughout the project. The sculptural design and the way in which the modules are organized

The MeMo House in Argentina

This is a house that sits on a plot between two existing structures. The owners were worried about their new house destroying the land and all the green spaces on the site and wanted to prevent that from happening. With the help of the team from Bam Arquitectura they managed to find the perfect balance between architecture and landscape. The idea was to create a layout that incorporates green areas and ramps that connect the two levels, ultimately creating a continuous garden terrace. Anything that was lost during the construction process in terms of greenery was added back in.

The Cliffhanger House in Australia

This doesn’t look like any house we’ve seen so far and it’s no wonder since this is such a unique project. The Cliffhanger House is designed by Joe Adsett Architects and is a very impressive structure. The fluidity of the curves and all the lines is mesmerizing and so is the way in which the house actually blends with the site. Depending on how you look at it, the building can look very angular and linear or can look very sinuous.

The B House from Spain

The landscape which surrounds this house is quite simple-looking and small-scale, without any striking contrasts or very different color tones. There are a lot of yellow accents all around in the form of flowers, wheat and various other elements. There were the inspiration for the design of the B House which was built here by ch+qs arquitectos. The house ended up looking modest but still eye-catching.

This is quite a dramatic-looking structure. The location is of course the key here, becoming the defining element which shaped with entire project. Villa Amanzi was designed by studio Original Vision. It’s situated on the edge of a ravine, with an amazing view over the sea. Steep rock formation support it at the bottom and lush green trees and vegetation surround it on all sides. To take advantage of this wonderful location, the architects integrated lots of open spaces, terraces, gardens and an amazing cantilevered swimming pool into their design.

The defining feature of this cabin is evidently the height. It’s a very tall cabin but it doesn’t have a large footprint. The limitation imposed by the site caused this to remain an empty piece of land for a very long time until this cool-looking structure was built. Studios Omar Gandhi Architect and Design Base 8 worked together to create a modern cabin that adapts to its surroundings. It’s sort of a cool hybrid between a tower and a cozy little cabin.

Casa Tiny is another very interesting building with some eye-catching architectural details. It’s located in Mexico and was designed by studio Aranza de Ariño. The main materials involved in the project are concrete which makes up the main structure and shell of the building and wood which was used to create an entire facade of shutters. The ground floor can be opened up completely on one side, as if it’s a giant box with huge doors.

This right here is a beautiful retreat located in Lezhë, Albania. It’s a beautiful property with gardens and amazing views all around. The building itself looks incredible as well. One of the most eye-catching features is the glazed corner which looks like a giant lantern. It’s a great viewing point and it breaks up the stone-clad facade in a very cool and modern way.

A pair of wooden cabins in Norway

Like many other projects, this one used the surroundings as a source of inspiration for the design. Studio Kolman Boye Architects ended up building these two lovely wooden cabins on the Vega island in Norway. The design which they used reference the old boathouses spread across the coastline but have a more modern and updated look. The wooden exterior helps them blend into the landscape which has rock formations and vegetation all around the cabins. They really do look very natural in this setting.

A town house in Belgium

This house has the world’s largest pivoting doors. They’re 3 meters wide and 6 meters high and they’re very big for the overall scale of the building which is a town house located in Antwerp, Belgium. It was designed by studio Sculp[IT] and it sits on a narrow plot placed between two buildings. These huge glass doors and the panorama window at the top open up the entire house and expose the interior to the backyard. This in turn creates a very bright and airy decor indoors.

The Planar House in Brazil

It’s quite rare to see a building so focus on horizontality. The Planar House is very flat which allows it to more easily blend into the landscape. On that note, it has a very eye-catching design feature in the form of the roof which is a large green lawn. The house was designed and built by Studio MK27. The idea was to make the green roof look similar to the lawn which was carried out perfectly. When seen from above this created a really interesting experience.

The Peconic House in Hampton Bays

Speaking of cool structures with green roofs, here’s another amazing example. This is the Peconic House designed by architecture studio Mapos. It’s located in Hampton Bays, US and serves as a family retreat. The owners requested that the house have as little impact on the site as possible, in order to preserve the beautiful natural surroundings and the fauna which they fell in love with. As a result they embedded the house into the site as naturally as possible. The lawn covers the entire ground and then there’s also the green roof.

The Hillside House in Paraguay

Nature also seems to dominate this particularly cool house which was designed and built by architecture studio BAUEN. It’s located in San Bernardino, Paraguay, on a sloping plot. Large trees are vegetation surround the entire structure and become a part of its design. The architects also worked with other elements in order to create a sense of belonging. Water plays an important role. The most eye-catching feature in this sense is a waterfall. The water falls into the pool forming a sort of curtain.