Here is an apartment in the center of Torino, Italy characterized by the vibrations of gray, blue and oil on the walls. The Torino apartment featuring some original elements like: windows, doors and door handles are highlighted by pure white, while the color light accomplice, defines the character of the rooms, in a gradation of shades of blue on the scale. 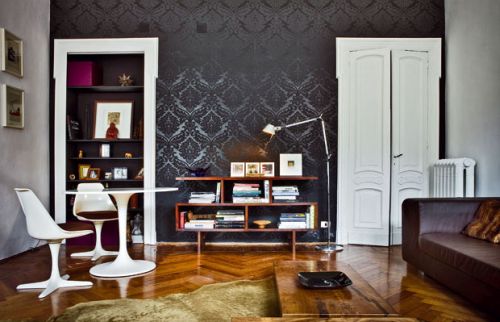 The general design of the apartment is relatively simple and elegant. But there’s the little details that make it look messy and disorganized. It looks like there’s too much going on. And I don’t know what that picture above the desk wants to transmit, but it’s not the most appealing view you can get above your desk. I wouldn’t want to see that every time I look up. 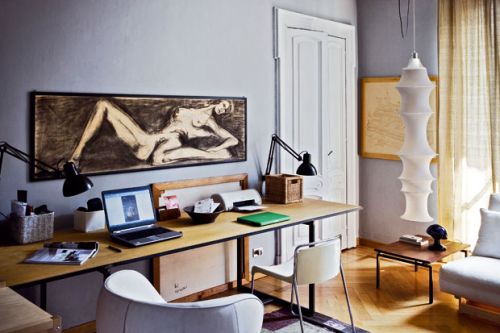 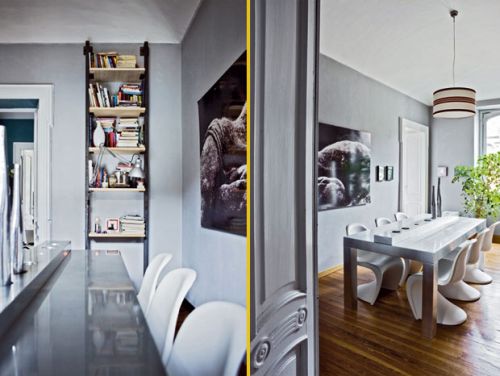 When you analyze each feature and furniture piece, they all look good and beautiful as individuals. But when you see them put together it’s not the same pretty image. It looks to me like there hasn’t been too much attention given to the details. It’s easy to just pick the items you like from the store, but when decorating a home it’s important to keep in mind the whole picture and the fact that it all has to look uniform.{found on atcasa}