The transformation of a space from something very simple into something completely different is always interesting to observe. We are constantly finding new uses for old spaces. For example, what used to be a regular flat in Bratislava became an office space and it got a whole new look.

The apartment was transformed by Plusminusarchitects. The project had as a goal the conversion of his four-room flat into an open working space. For that, the architects had to make many changes. They had to restructure the interior of the apartment and to also give it a whole new interior design.

The location was very convenient and one of the reasons why this particular space was chosen for the project. Situated in the center of the city, in a 1928 building, this space had a rich history and it was the perfect choice for such a transformation. 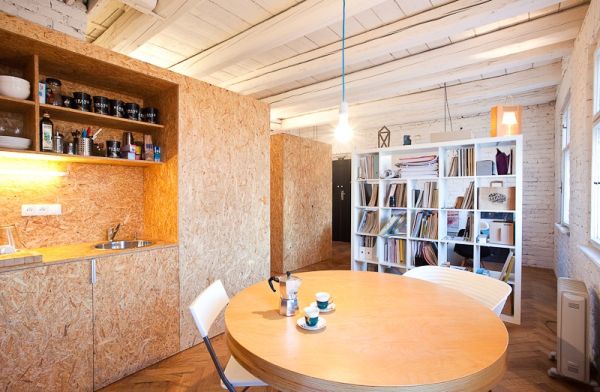 Originally a space with an old brick structure, wooden ceilings and no central heating, the apartment was converted into a design studio and the budget was 7500 euros.

All the existing walls were removed and an open space with a partition in the middle was created. The team wanted to use as few materials as possible in order to maintain a simple look. They added two wooden boxes made of chipboards and one is used as a wardrobe and also as a storage space. The second one is a bathroom. The ceiling and the walls were painted white with one black accent wall also used as a blackboard. 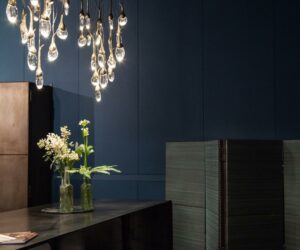 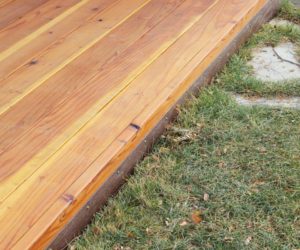 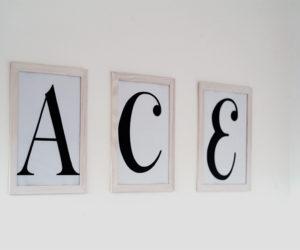 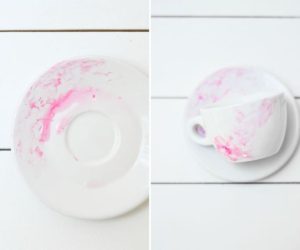