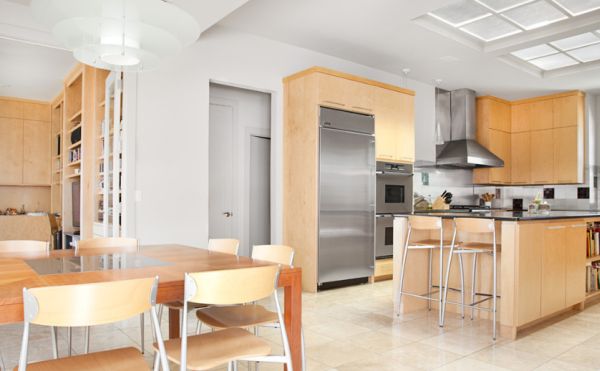 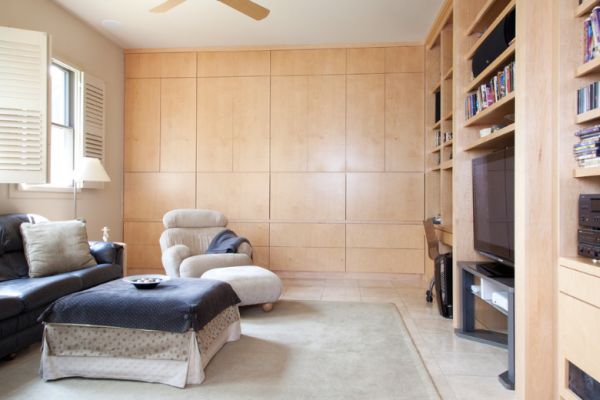 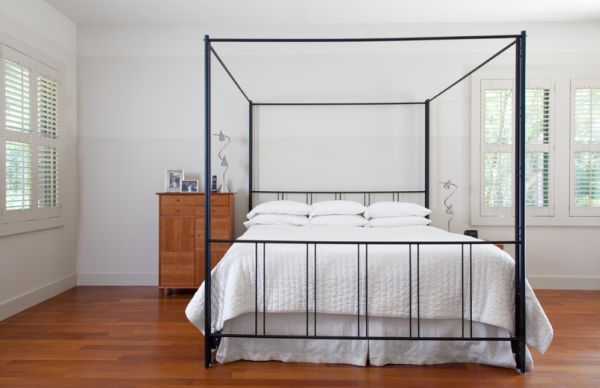 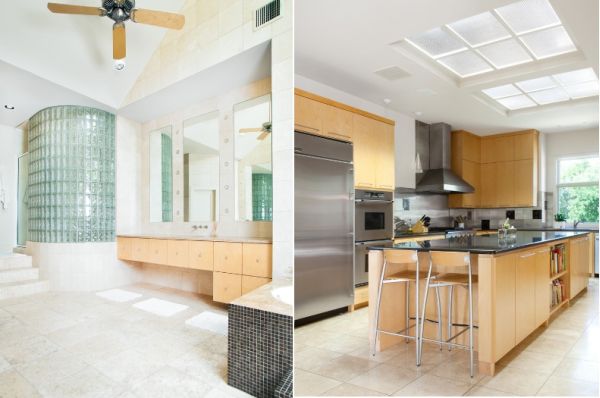 A few years ago I visited a big village which took me by surprise with its new modern houses. Actually, the old, traditional houses suffered many modifications and many modern devices were introduced so that they got a new look and could offer a modern way of living.

In Westlake, Austin, Texas the couple Laurel and Hal Schroeder decided to do the same thing as the people from this big village with their traditional house. They wanted to transform it into a modern building and give it a new face .Thus all 4,500 square feet, the 4 bedrooms and 5.5 baths suffered many modifications in order to get more space and light too. 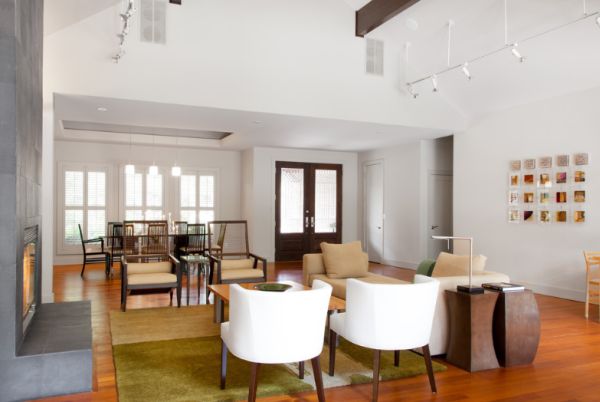 The living room became warmer and more spacious. The ceiling was higher, the fireplace was modern, maple cabinetry appeared here and the cream-colored chaise longue offered a relaxing sitting place for this open space. On the wall, in front of the fireplace it was used an art arrangement which could be rearranged all the time so that a new detail could always be present here.

The piano set near the enlarged windows made the living room look more relaxing .Many wood cabinetry were used in the open kitchen where actually everything was a combination of wood and stainless steel items. The den was full of maple cabinets which made the room look warmer and with more light. The bedroom was simple, a combination of white and wood items with no spectacular details. For the master bathroom the raised shower was kept but maple cabinetry, new travertine flooring and tiling were introduced in order to create a comfortable and spacious area.{pics by Kailey}.