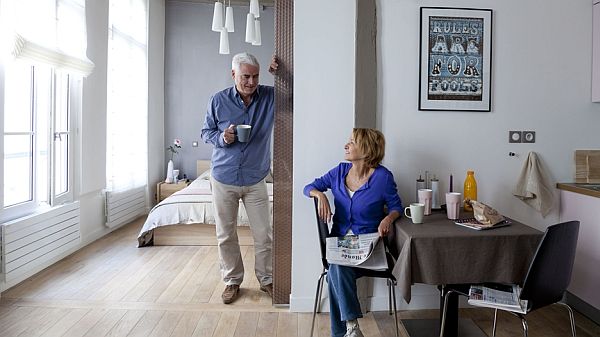 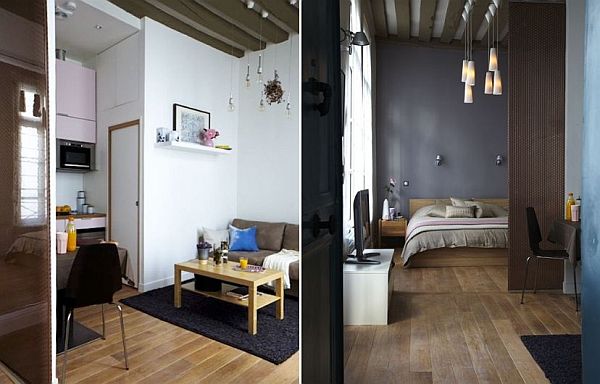 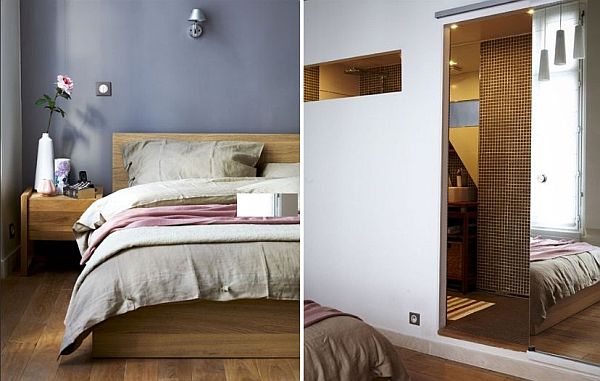 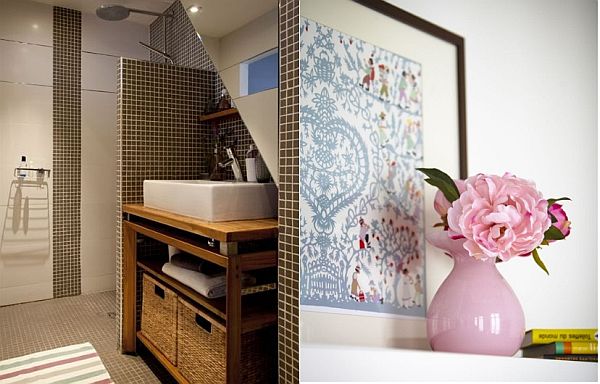 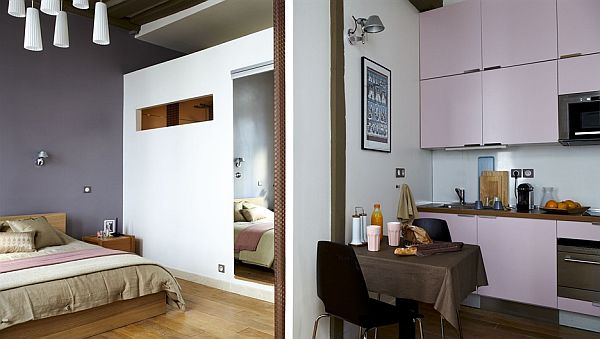 This apartment is located in Paris, France. It’s small and it only measures 35m² but it has a lovely interior design that makes you forget about the dimensions the minute you enter this place. The owners of the apartment are Patrick and Petra. They bought this 17th century apartment in the hope to turn it into a crash pad and a place where they can spend time with friends and family.

At first, the apartment was in very poor condition. Patrick and Petra basically had to remove everything and start from scratch. This was hard and time-consuming but it was also an opportunity for them to make the apartment exactly how they want and to remodel and reinvent the space. The apartment has high ceilings and this allowed the new owners to take full advantage of the space and to install a second row of kitchen cupboards. This way they basically doubled the storage space without taking any floor space.

Since it was small and the rooms were tiny, Patrick and Petra decided to use room dividers instead of walls. This way they create privacy but also allow for interaction between the rooms. They also wanted an open floor plan for the public areas. In order to make that happen they had to remove some of the walls.

They managed to give the impression of a larger space by also using light colors such as white as well as mirrors. The interior décor is simple, modern, very inviting and warm. The colors are perfectly chosen. It’s a wonderful place for relaxation and entertainment and, even though this wasn’t the plan at first, it has the potential of becoming a great permanent home.{found on ikeafamilylive}.