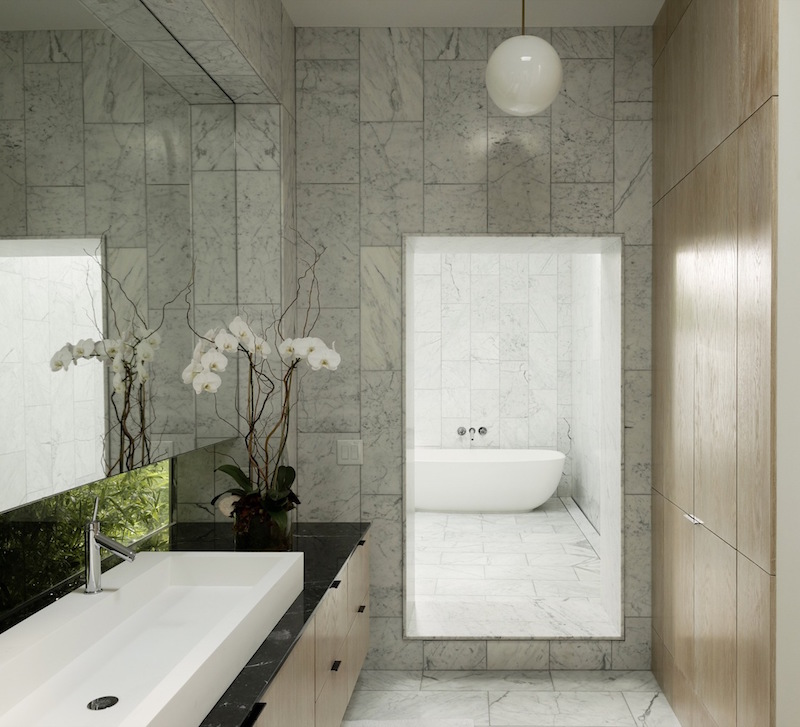 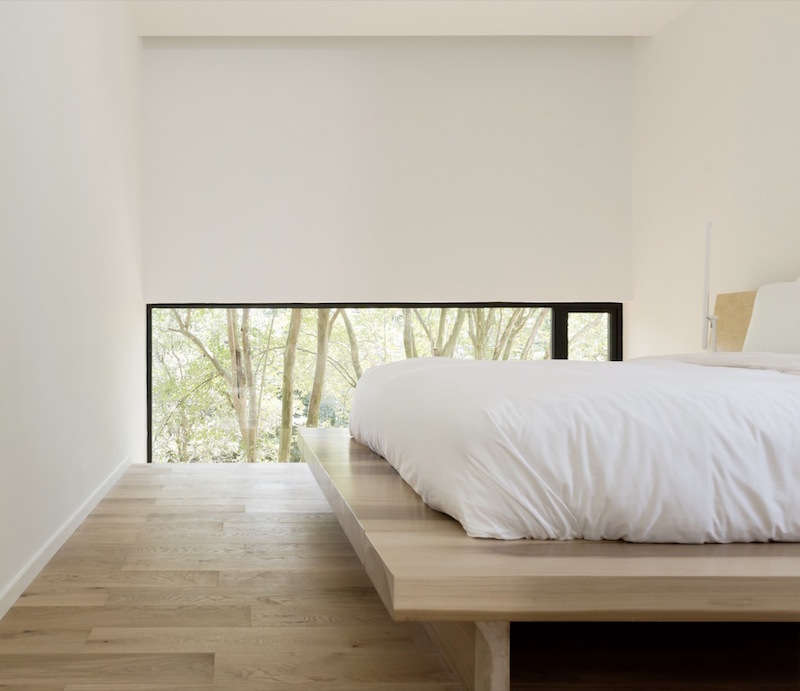 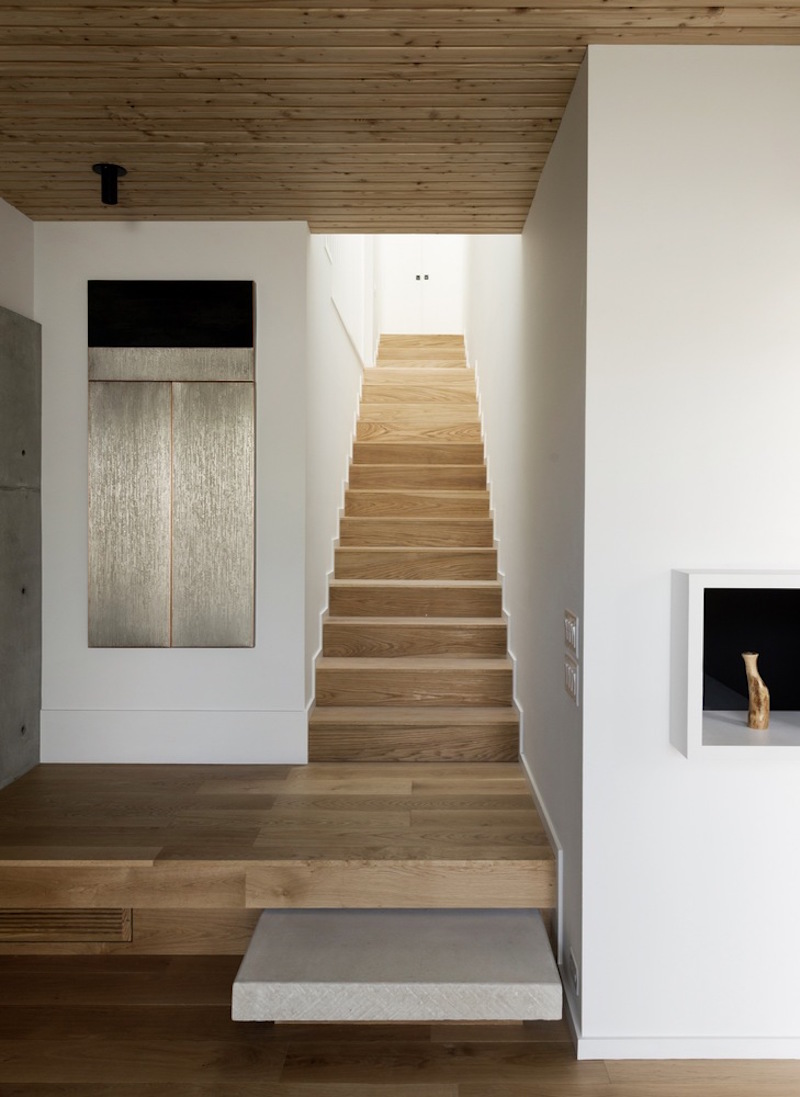 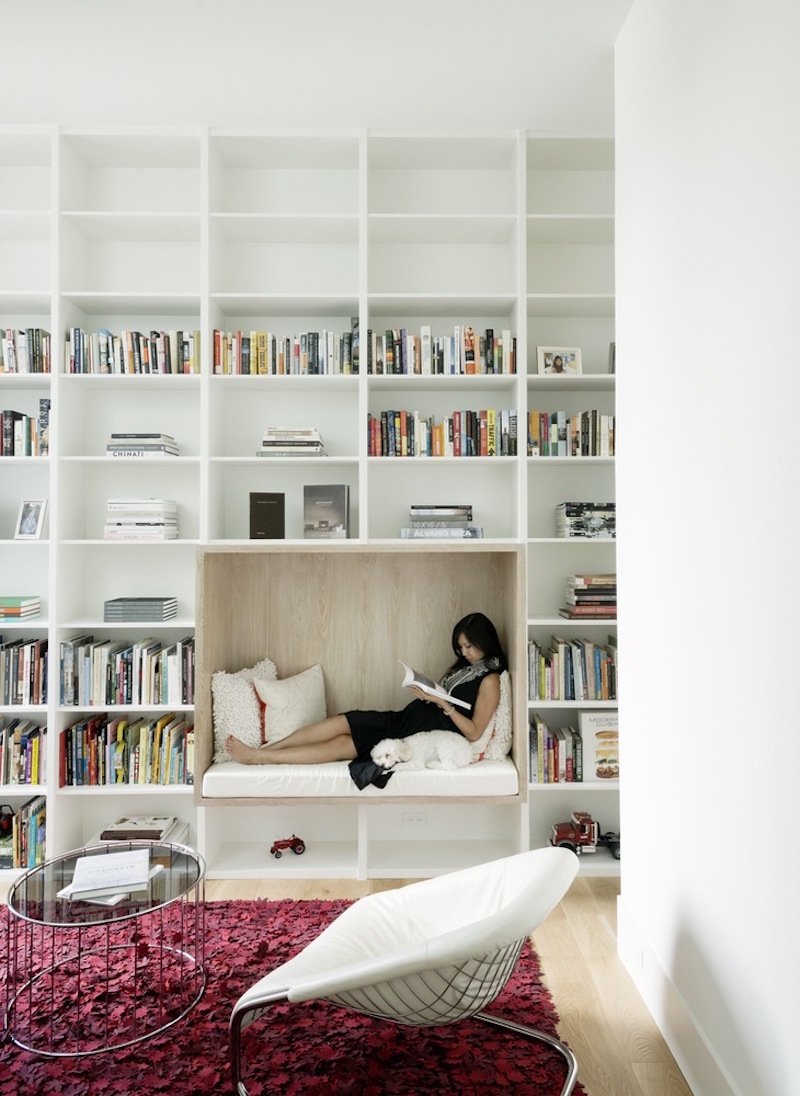 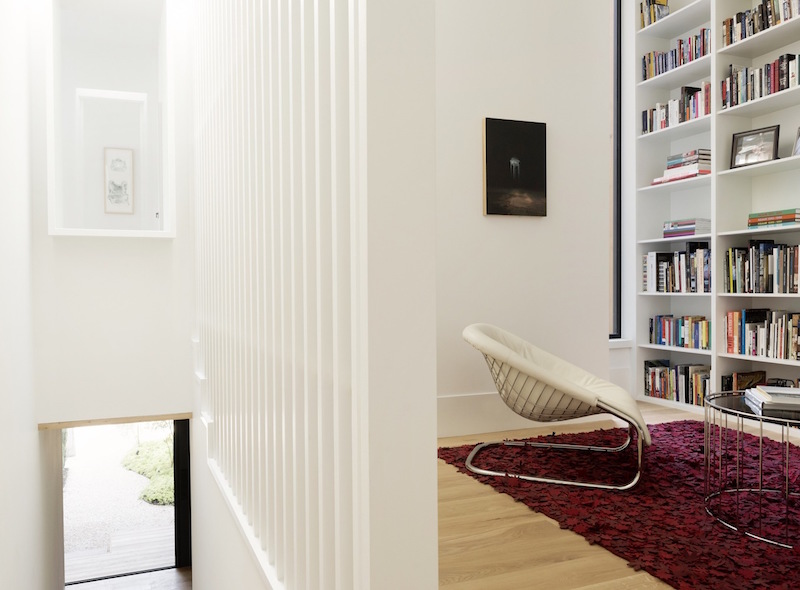 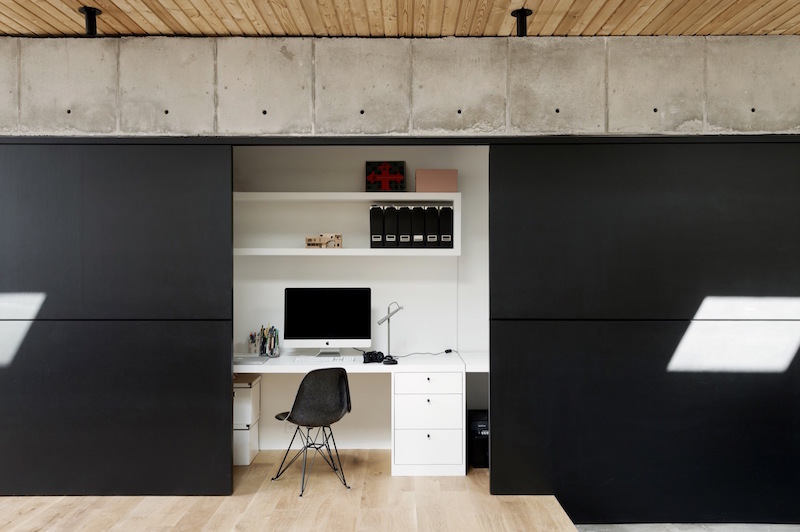 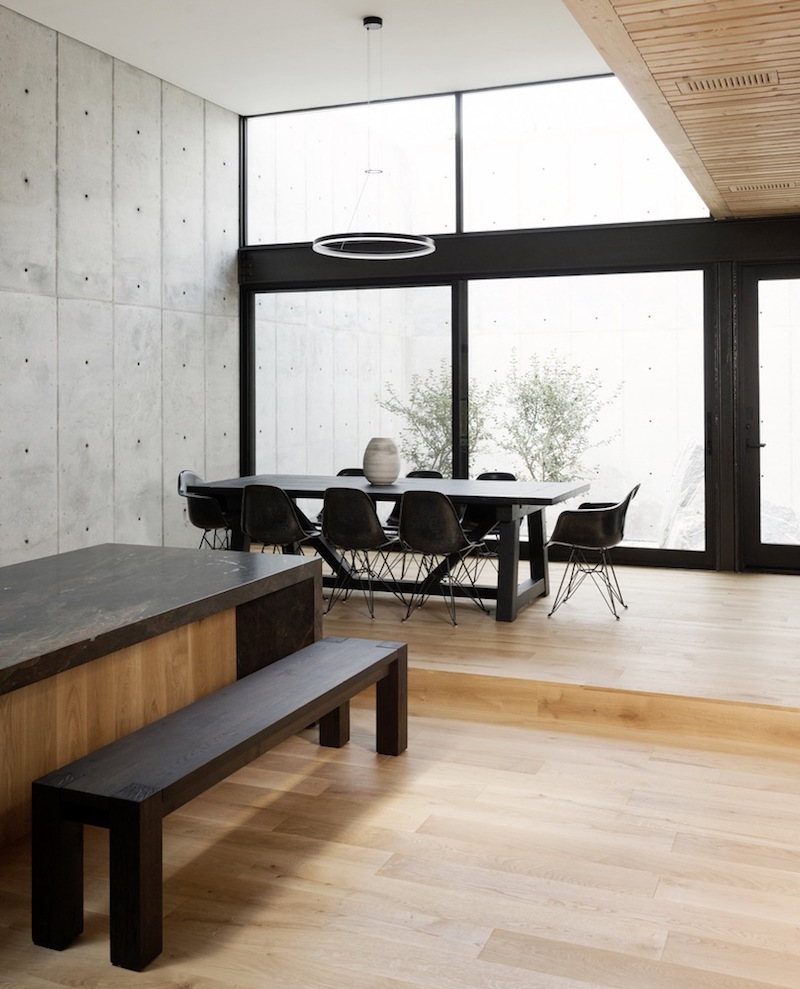 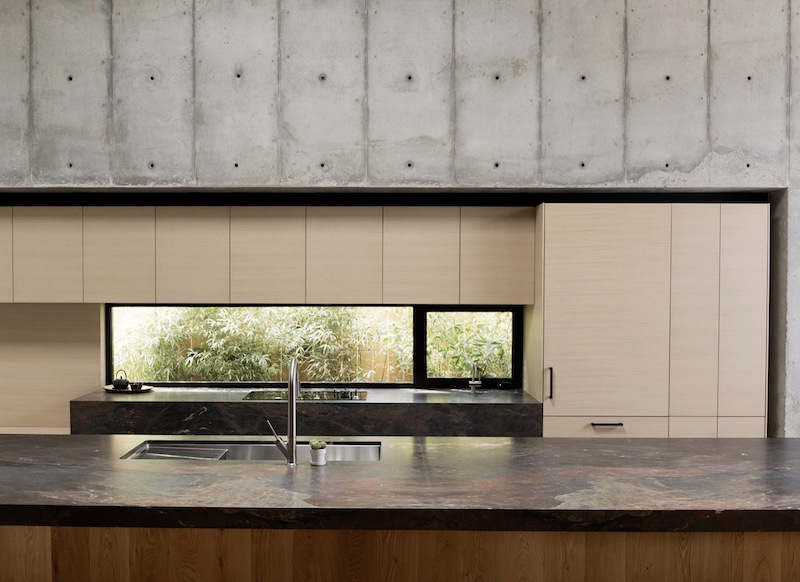 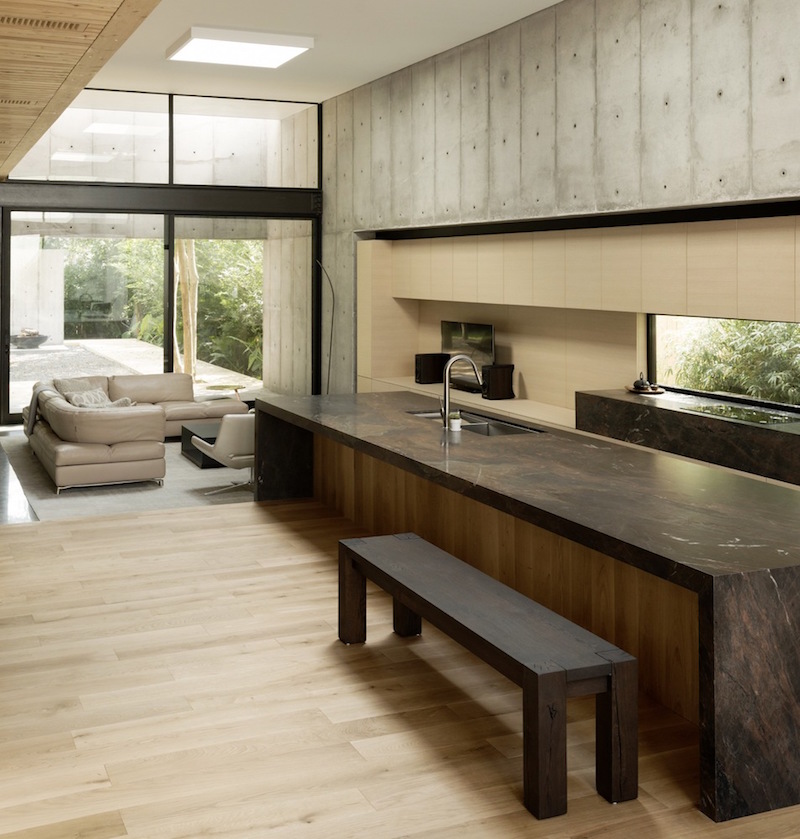 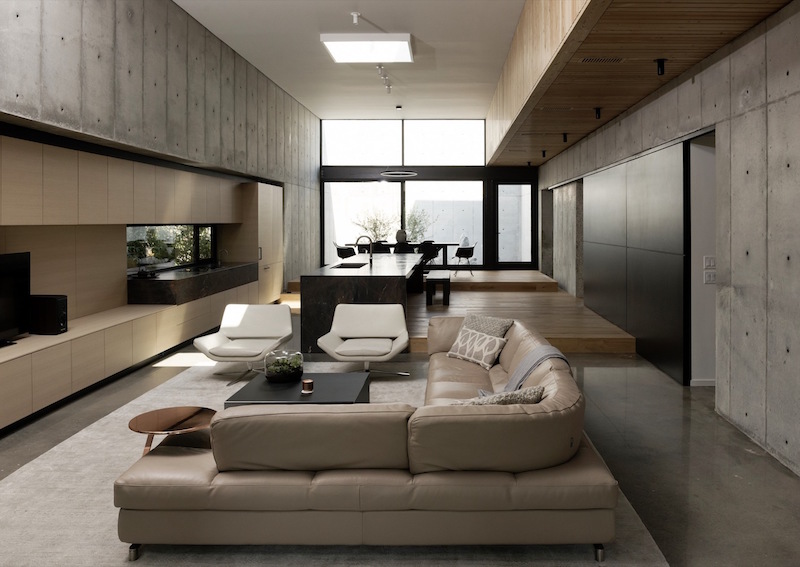 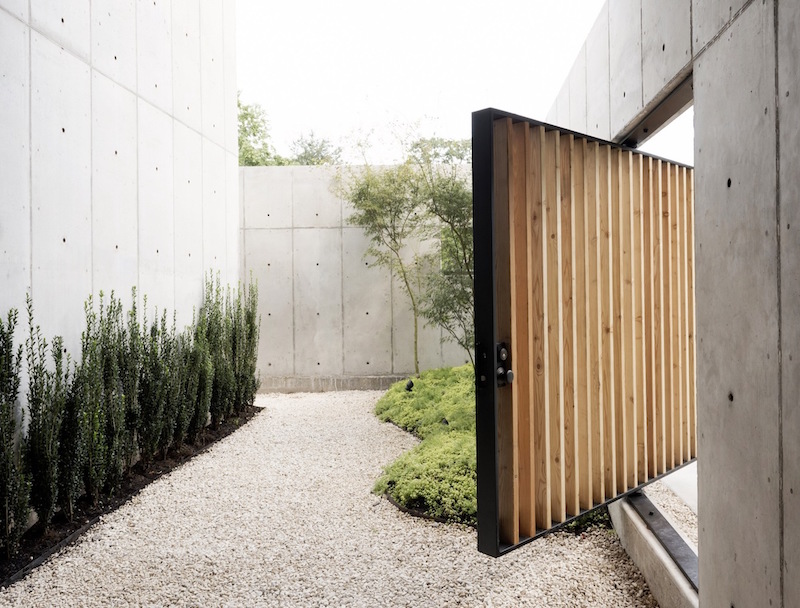 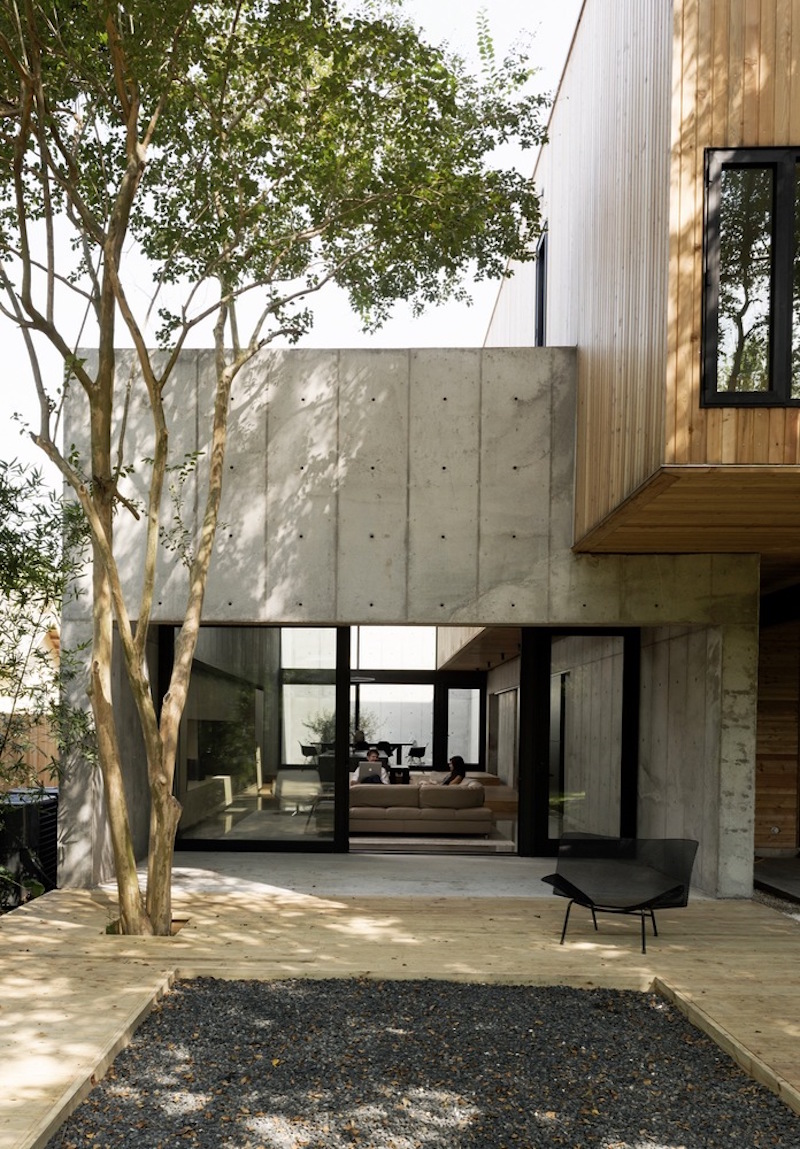 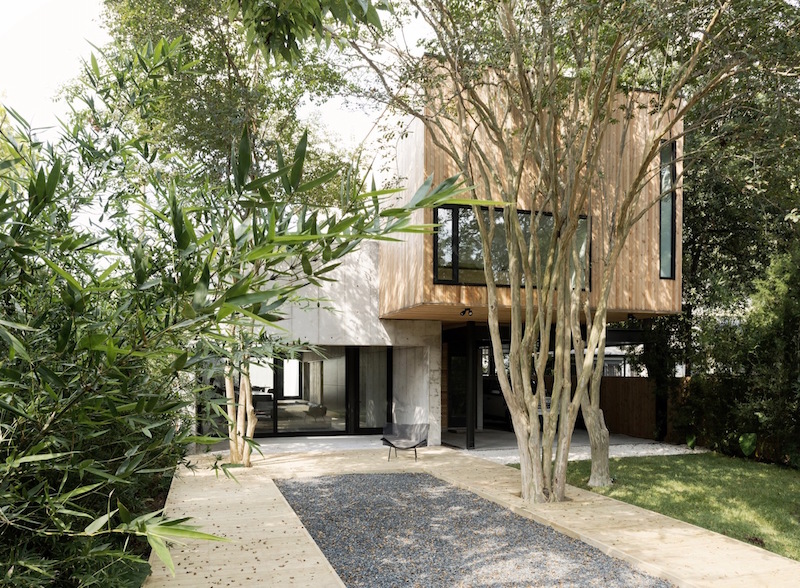 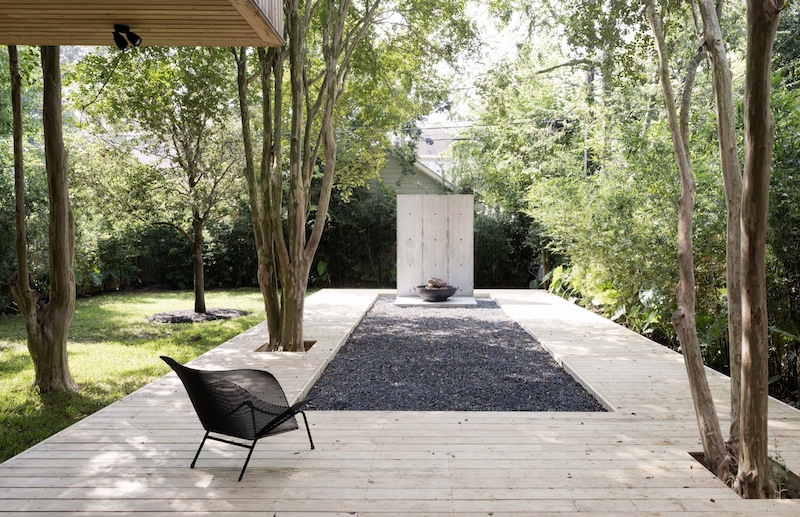 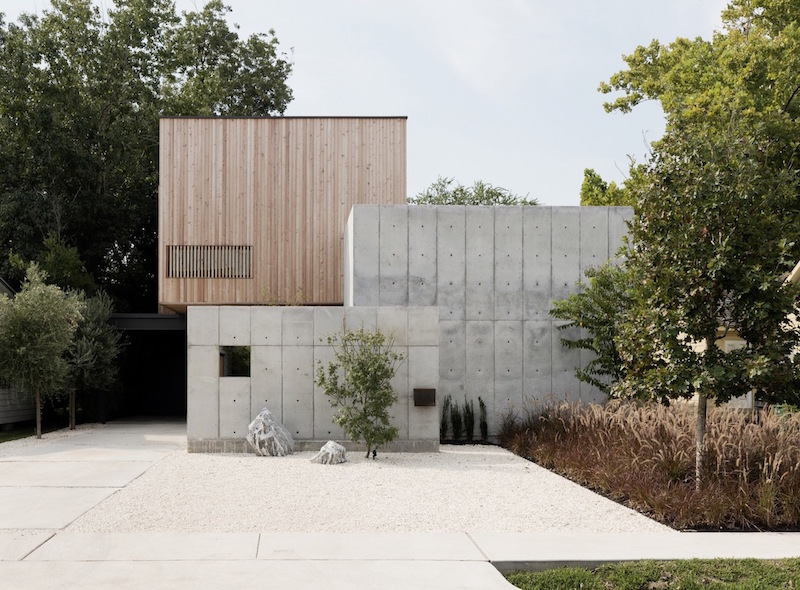 The Concrete Box House is one of those buildings that looks unassuming when seen from the street but turns out to be really impressive when you get to see it in its entirety. It’s a house located in Houston, Texas and completed in 2015 by Robertson Design. It has a total surface of around 270 square meters (2900 square feet). Structurally, the building is composed of three main elements. One is a concrete box, one is a wooden box and the other is a low concrete wall that’s meant to enclose the courtyard.

The architects were guided by the desire to use pure materials and to give the house a strong sculptural presence, hence the way they structured the interior spaces. They also gave the house a carefully-planned entry that’s situated between two overlapping concrete walls. Enter through the courtyard to reach the front door. a concrete wall creates an intimate and welcoming ambiance.

The front of the house, the one facing the street, is closed off and practically has no windows. This ensures maximum privacy inside the house, blocking any unwanted views and distractions. Of course, that doesn’t mean the interior spaces are dark and gloomy. They’re actually really bright and airy. The rear facade has large windows that reveal views of the courtyard and the garden and link the interior spaces to the outdoors in a natural and pleasant manner.

The main space is the social area. It has pretty high ceilings and it’s a bright and open space that incorporates a comfortable lounge area with a cozy, L-shaped sectional, the open kitchen which has a long island with bench seating and the dining area which is placed in front of the window wall to take in the expansive views.

The rest of the spaces are really cozy and inviting. For instance, there’s a small workspace which can be separated from the rest of the floor plan using sliding doors. It’s sort of like a home office which you can conveniently conceal when needed. The main floor is basically a single open space. The floor level features slight differences in height which help delineate the functions. The upper level is decorated using white as a main color which gives the spaces a bright look despite the lack of large windows in some cases.

We really like all the custom design elements such as the built-in reading nook, the workspace, the openness of the social area and the quirky accent details that make the bathroom spaces and the sleeping area feel welcoming in spite of the simplicity that defines the entire house.