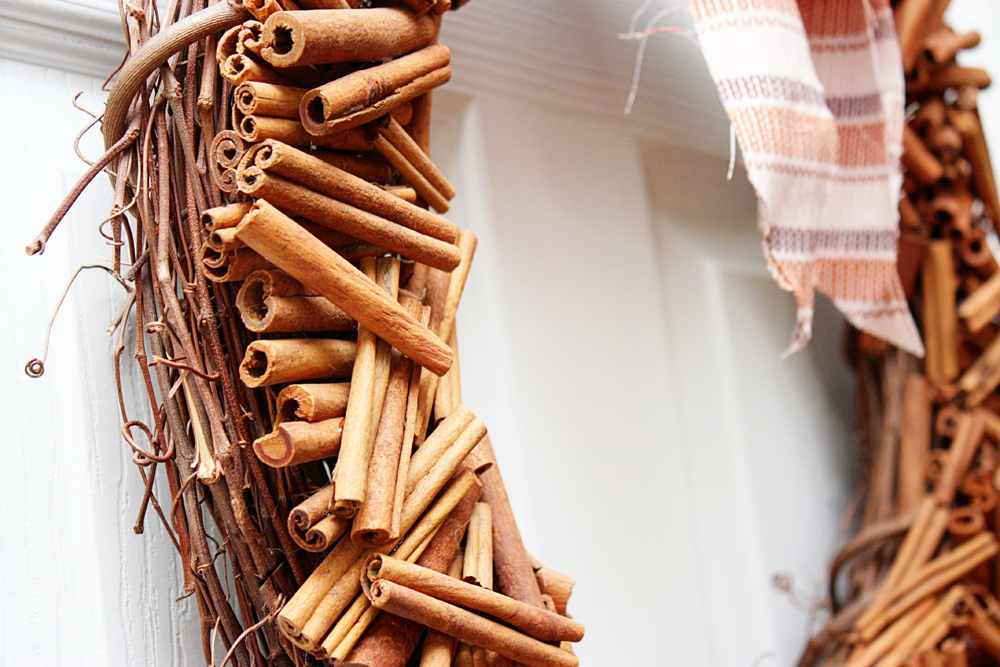 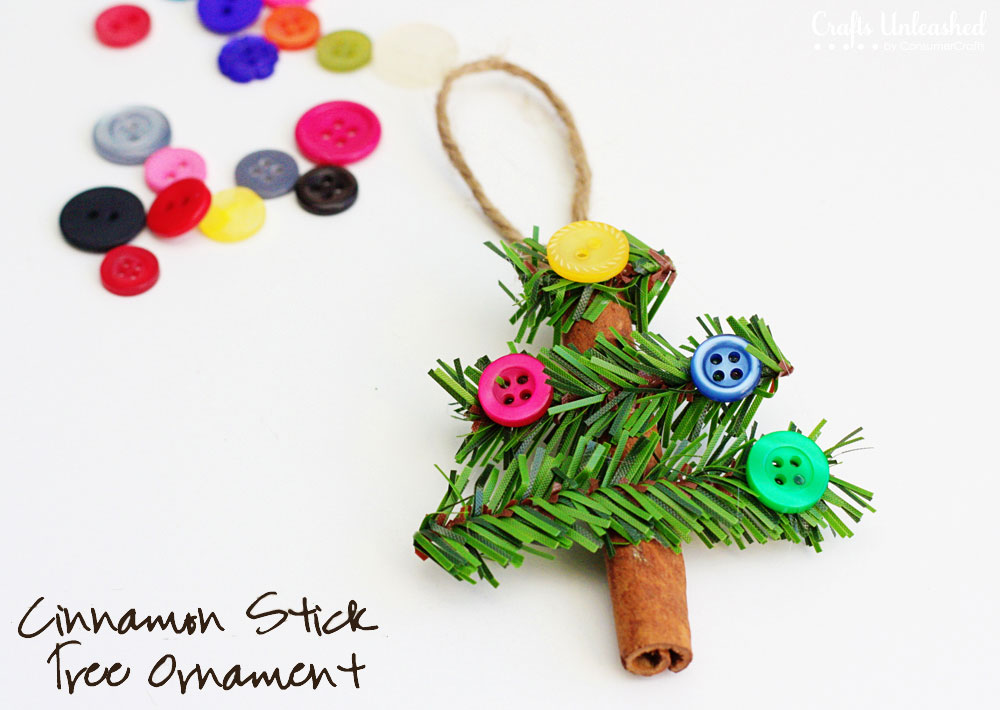 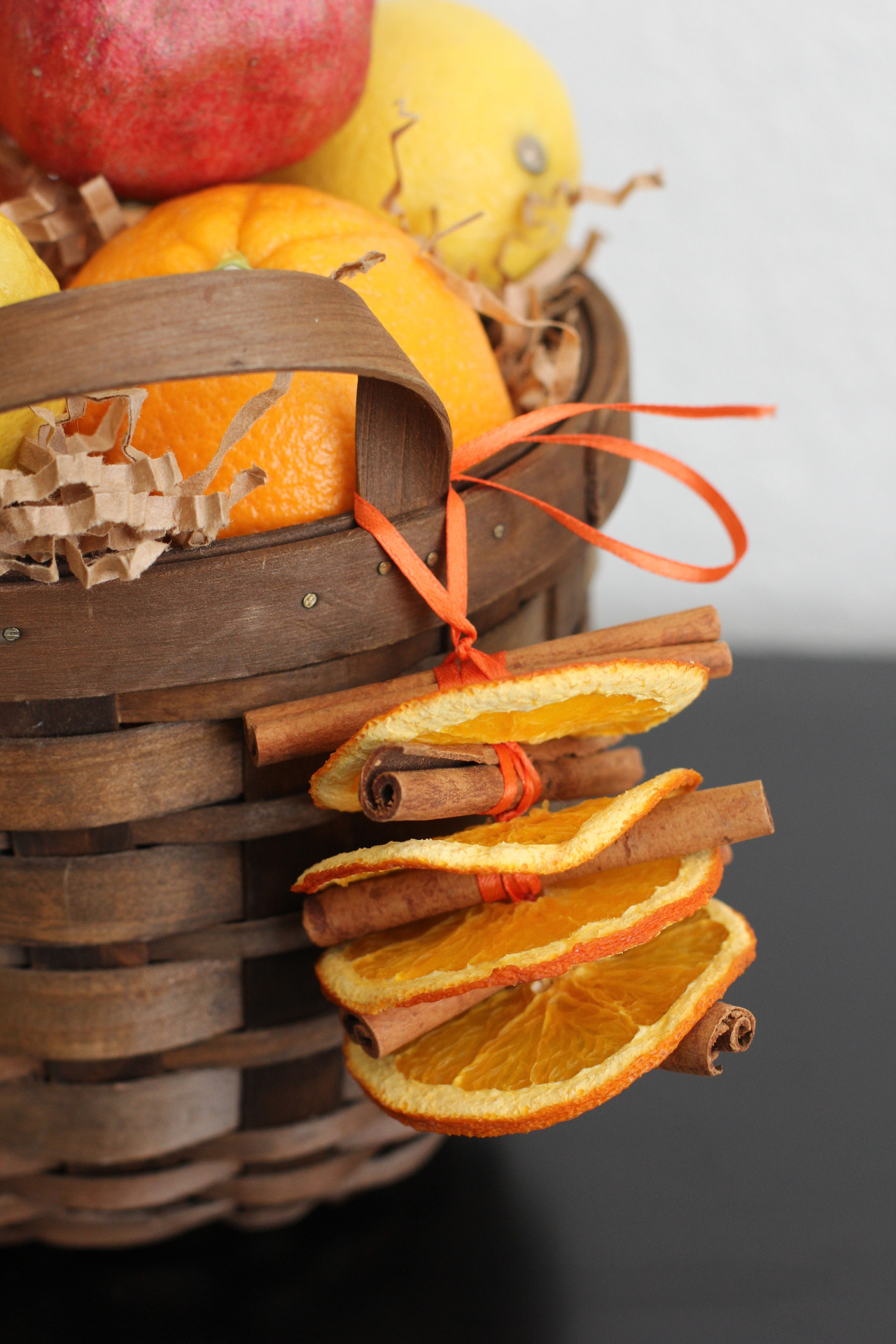 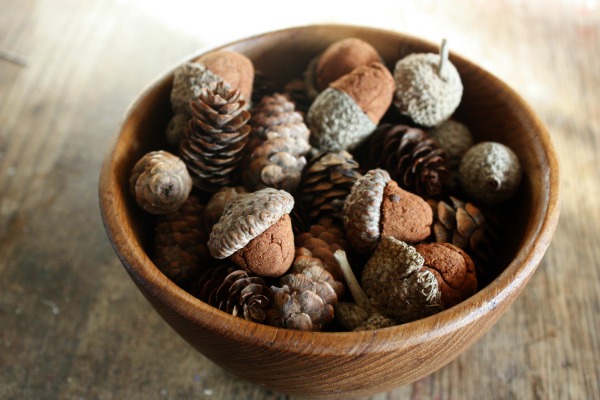 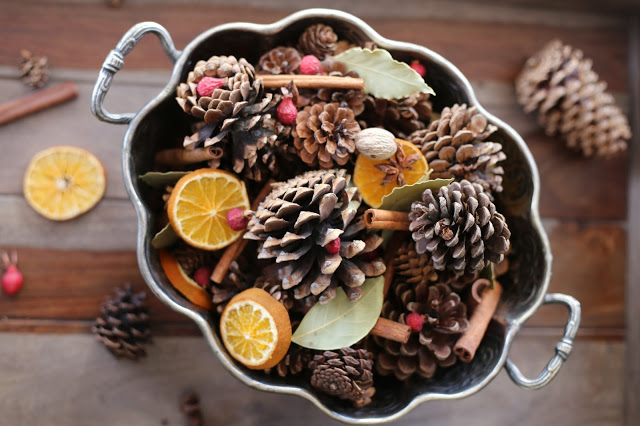 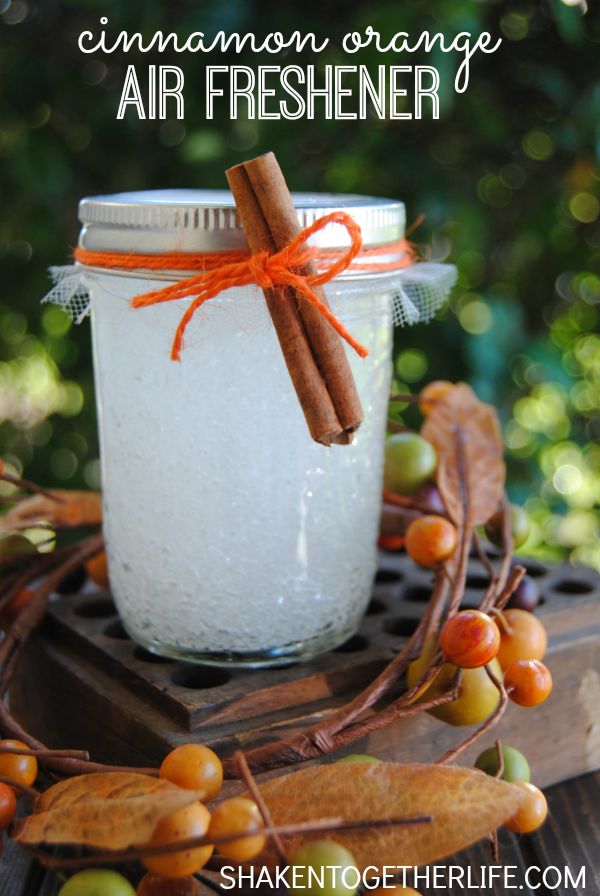 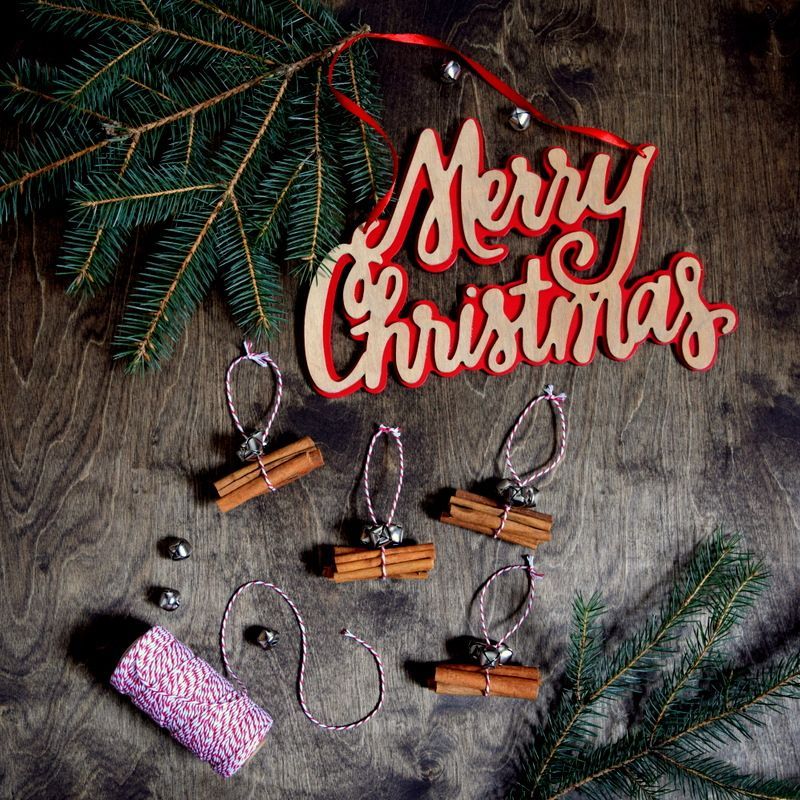 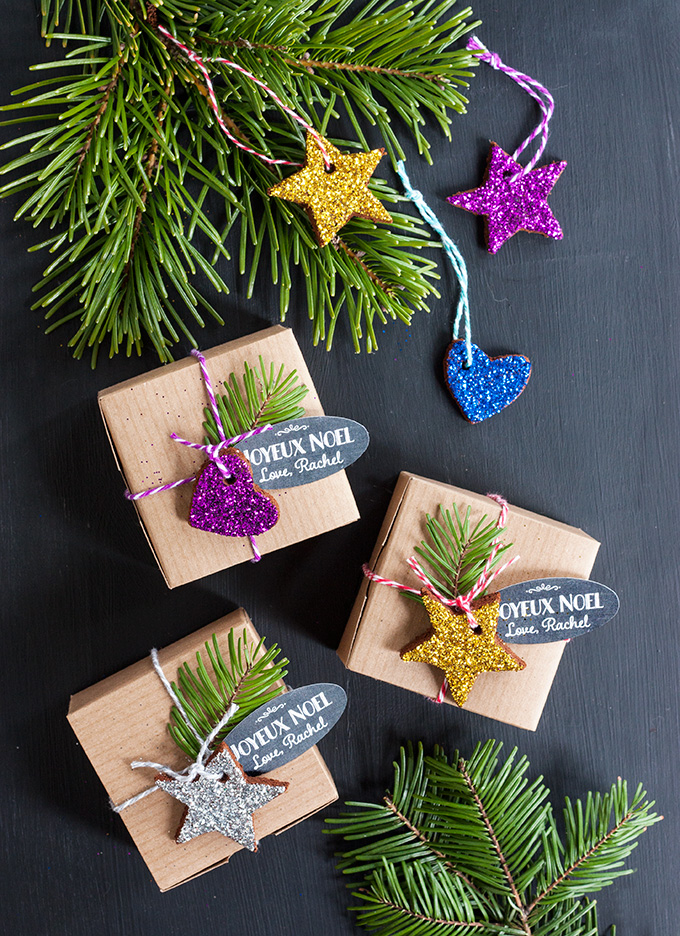 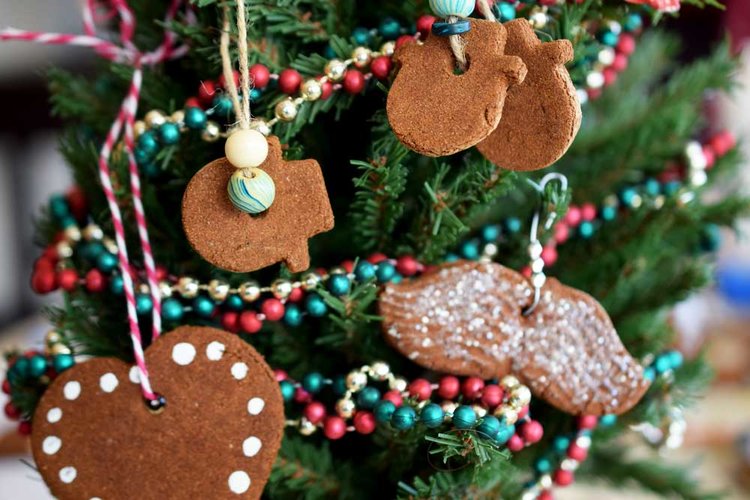 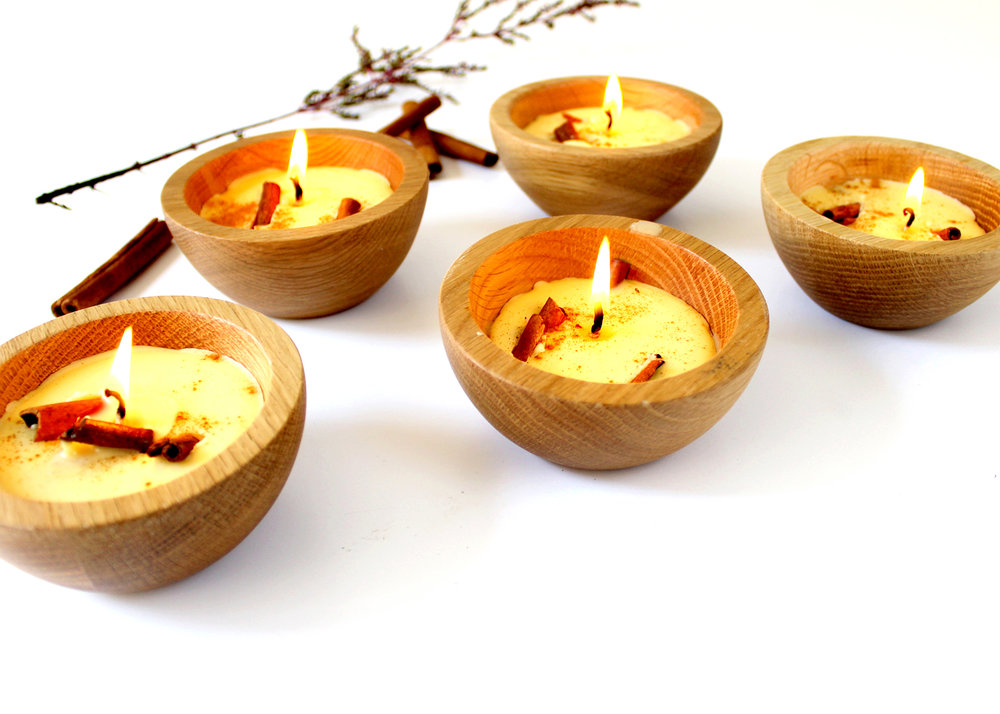 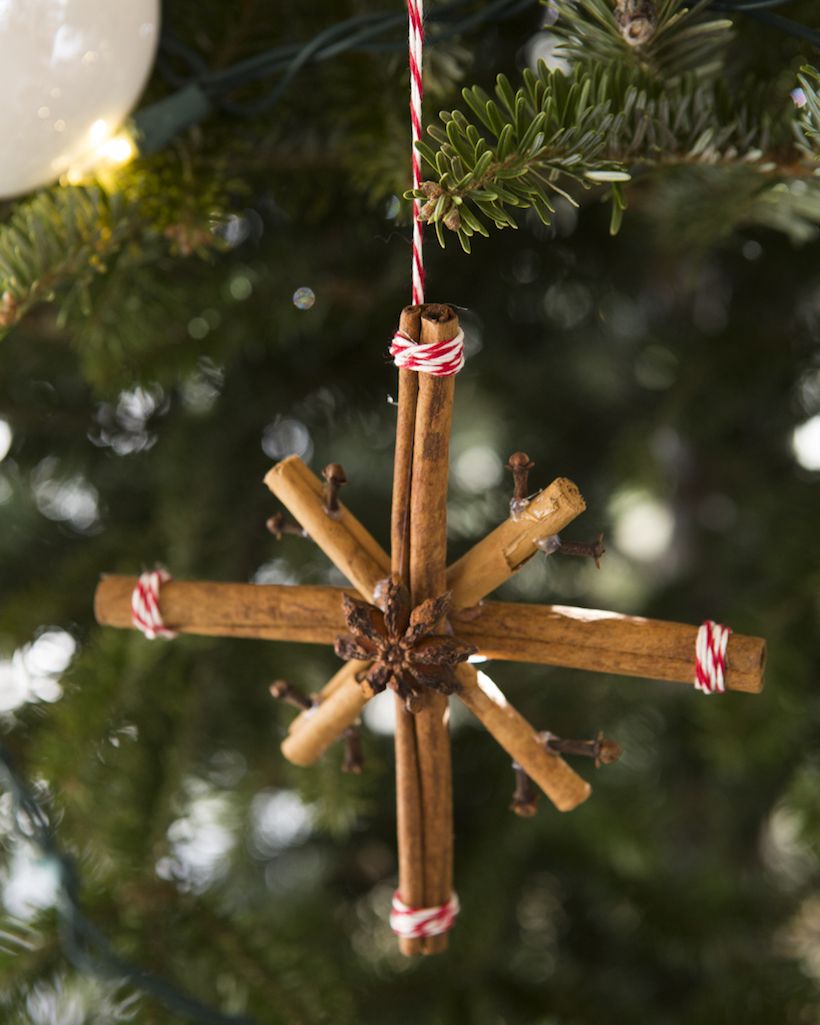 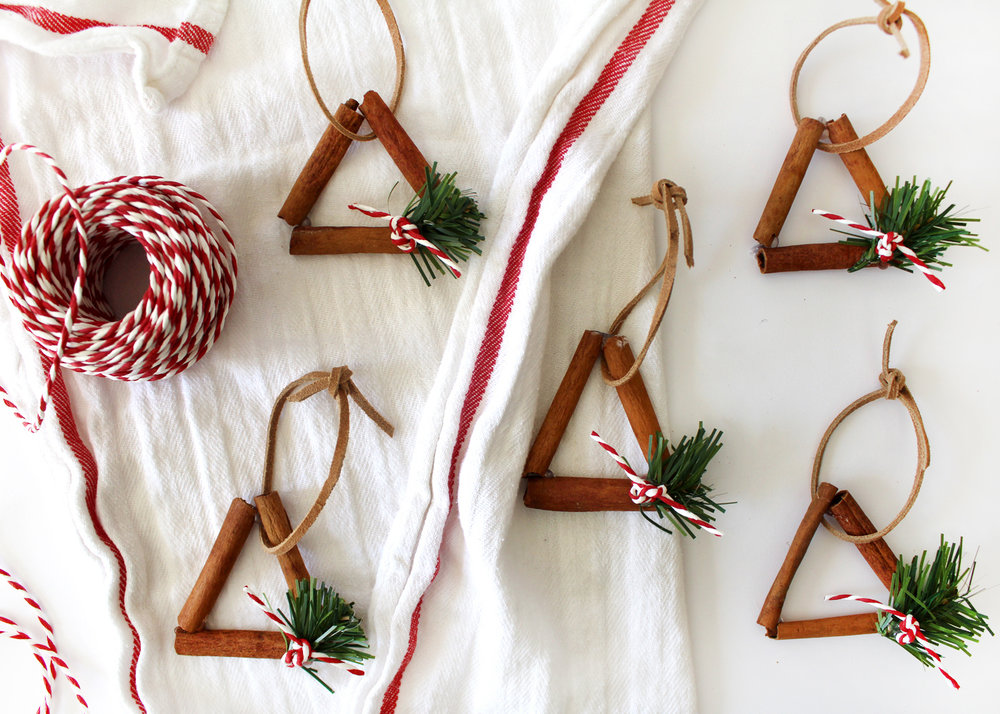 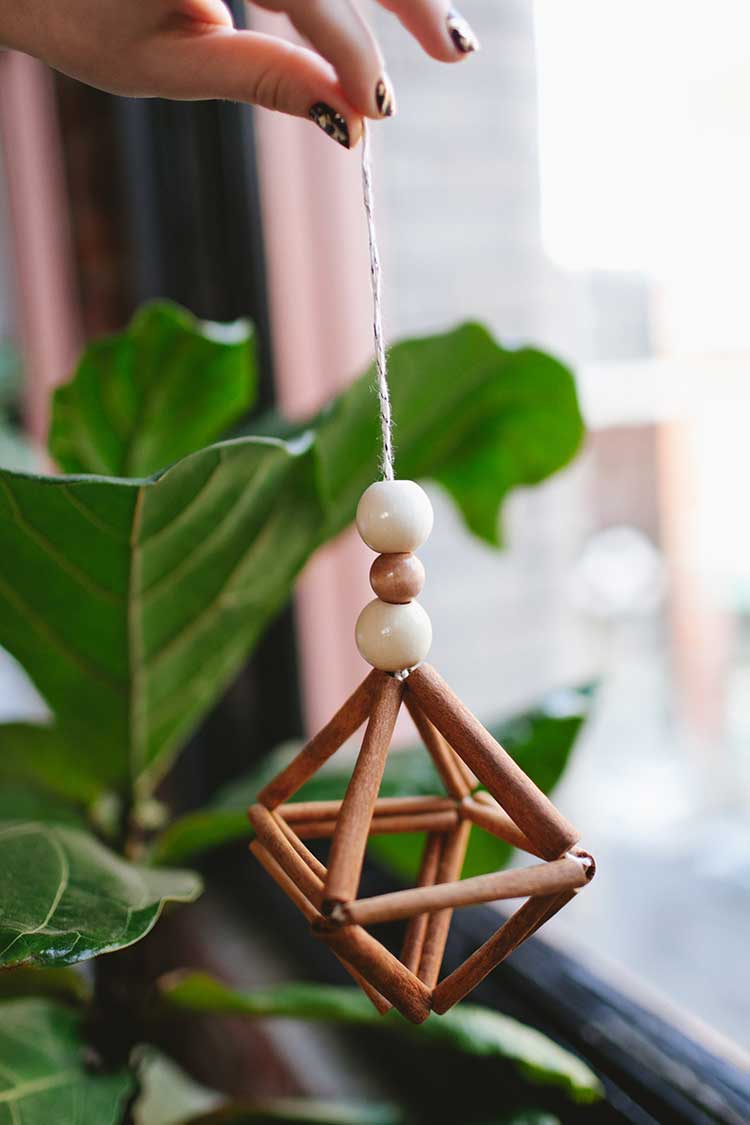 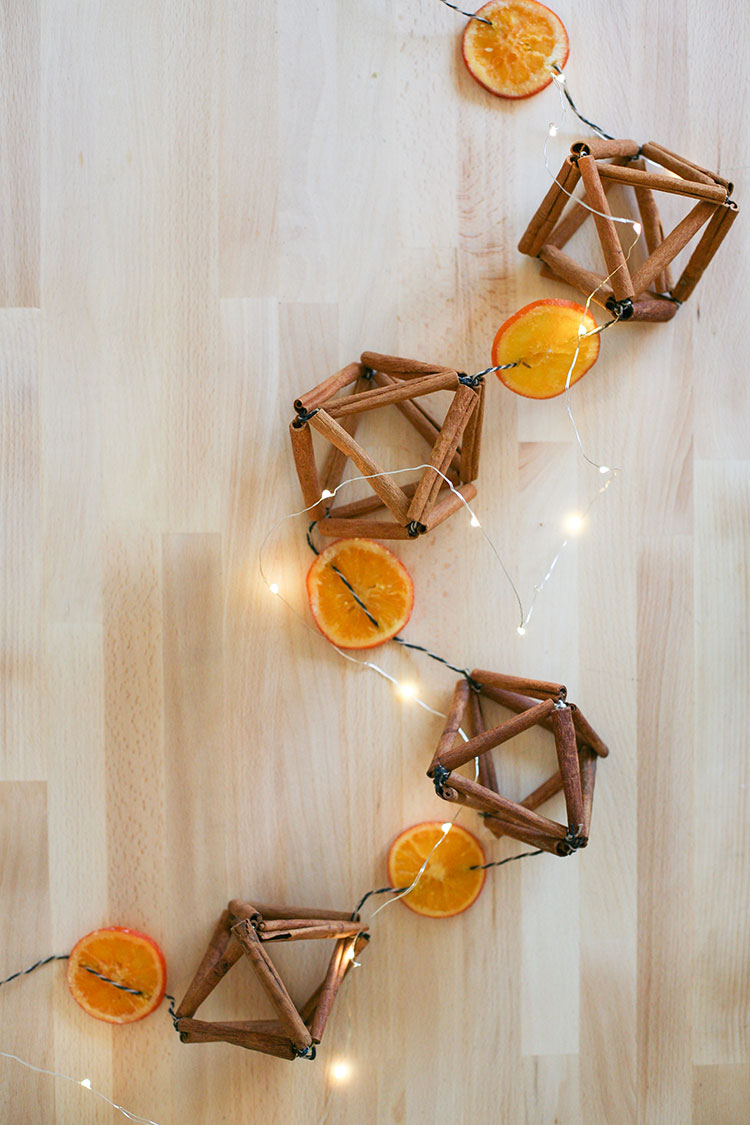 It’s interesting how certain smells or sounds remind us of specific things, a person, a place or an activity. Cinnamon, for example, is the smell of Christmas. The smell of oranges has a similar effect sometimes. So if you want to welcome the spirit of Christmas into your home this year, you can do that by using cinnamon in your crafts. We have just what you need: a bunch of projects that can make the holidays more enjoyable.

Cinnamon sticks and dried orange slices are the perfect combo if you want to make your home smell like Christmas. Use these to make a beautiful garland. The project starts with twelve cinnamon sticks which are tied together to make the himmeli. Then a dried orange slice is added and the garland continues with another himmeli followed by another orange slice. Continue until you reach the desired length. {found on jojotastic}.

If you liked the garland, you might enjoy knowing that you can also use cinnamon sticks to make individual himmeli ornaments which you can hang in the Christmas tree. For each one you’ll need 12 cinnamon sticks, three wooden beads and a piece of twine. You’ll also need a heavy duty needle and scissors for the project. {found on jojotastic}.

Three cinnamon sticks and a piece of twine or leather cord are enough to make one of these lovely Christmas ornaments featured on tagandtibby. They can be decorated with springs which are glued to the right corner of the ornament. Of course, you can use this project as inspiration and come up with your own more complex version decorated with anything you like.

There are also other ways in which to use cinnamon sticks to make ornaments for Christmas. For example, you could make cinnamon snowflakes like these ones on Camillestyles. They’re made using cinnamon sticks, cloves, star anise, twine and a hot glue gun. They smell wonderful and they look really cute too. You can display these spicy ornaments in lots of interesting ways or you can offer them as gifts.

You can also make your home smell nice with scented candles. Make some yourself and give them a Christmas-themed flavor. There’s a tutorial that explains how to do this on Tagandtibby. The project starts with chopped cinnamon bark and some small dip bowls. A natural candle wick is placed in each bowl and then the candle wax mixture is prepared and poured in. After it hardens you can cut the wick and sprinkle some cinnamon on each candle.

Scented ornaments are also a thing. Basically you can decorate your Christmas tree with cute cookie ornaments. Make the dough by mixing cinnamon, applesauce, glue, cloves, nutmeg and cardamon. The ornaments are not edible even though they might smell delicious. Use cookie cutters and a straw to shape the cookies, bake them and then hang them. You can find the recipe on Pomashdesign.

Use these as ornaments for the Christmas tree or as gift toppers. Either way, they’ll look lovely and they’ll smell wonderful. They’re really easy to make. Just gather some cinnamon sticks into a bouquet and tie some twine around them. You can also add some small jingle bells or some beads. (found on northstory}.

How would you like to make your own special air freshener that smells like Christmas? We found this great recipe on Shakentogetherlife. The supplies needed for the project include a mason jar, water absorbing polymer, cinnamon bark essential oil, orange essential oil, tule, twine and cinnamon sticks. Follow the instructions and enjoy.

Complete your Christmas décor with some cinnamon coasters. You can use these just like regular coasters. The difference is they smell great. To make them, just glue five cinnamon sticks together and wrap some yarn around each one to make sure they’re nice and secure. It’s such a simple project anyone can do it. {found on cutediys}.

Cinnamon applesauce dough is perfect if you want to make fragrant decorations. Check out 3orangepotatoes to find out how to make pomanders and acorns. Follow the recipe to make the dough and then form it into small balls and place them inside acorn caps. After you made these and the pomanders, put them all in dehydrator and then glue the caps on.

If you combine orange slices and cinnamon sticks you can’t really go wrong. The fragrance will be wonderful. You can find out how to combine these into simple Christmas ornaments by following the tutorial on Dailysqueeze. You need oranges, cinnamon sticks and ribbon.

You only need one cinnamon stick per ornament if you want to make these cute little Christmas trees featured on Consumercrafts. Gather the supplies: cinnamon sticks, pine tree trimmings either real or faux, assorted buttons, a glue gun and twine. Glue the pine to the sticks and then decorate the tree with buttons. Make a twine loop so you can hang the ornament.

If you really like cinnamon sticks, then use A bunch of these to make a Christmas wreath. You’ll need at least one bag of cinnamon sticks to cover the whole wreath. The project starts with a grapevine wreath. First you glue cinnamon sticks all around it and then you add a second layer, this time alternating the angle. {found on consumercrafts}.