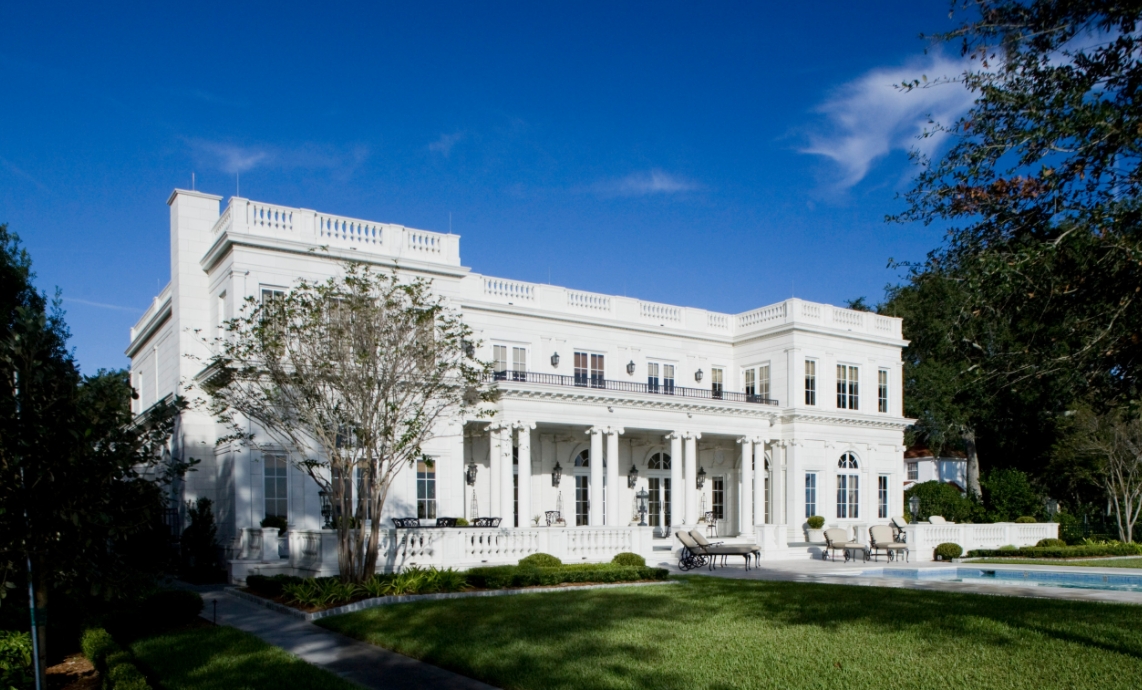 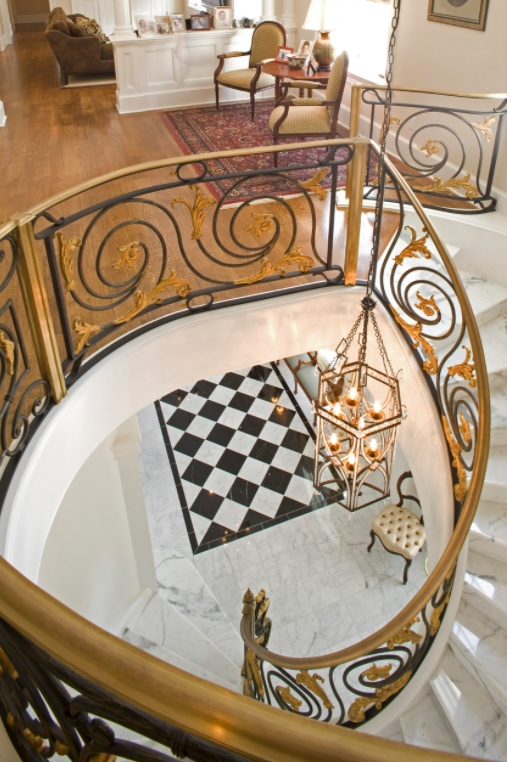 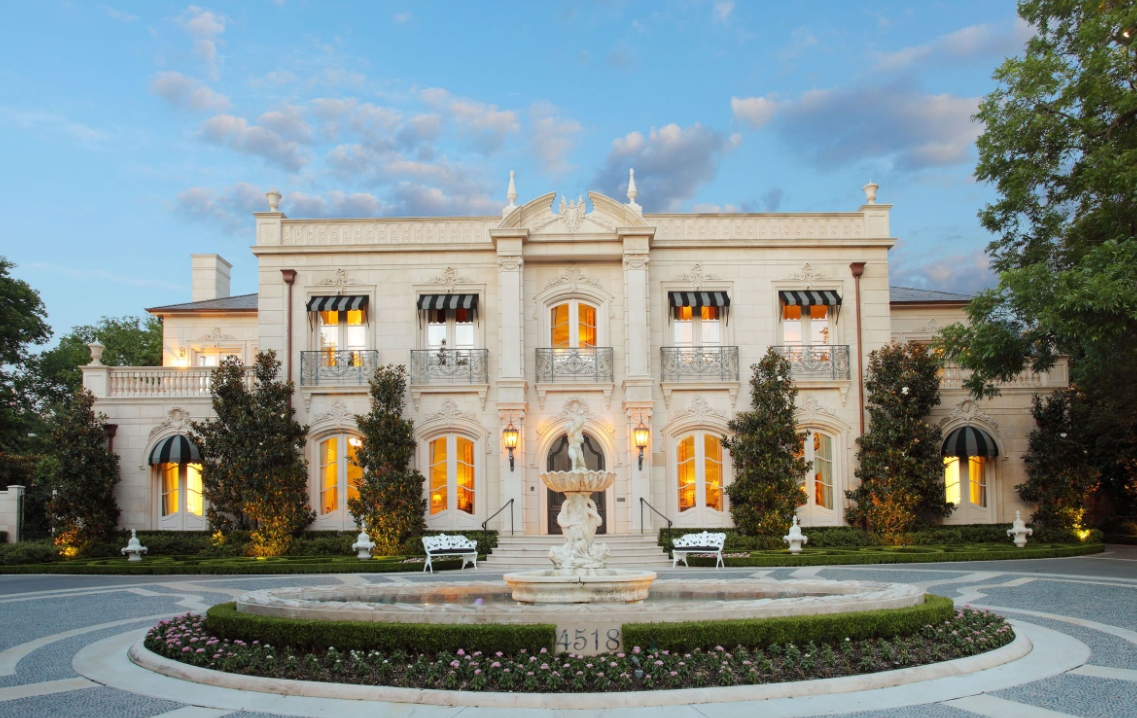 Beaux-arts architecture is native to Paris. Paris is one of the leading architectural inspirations in the world. The city has been a forefather of fashion, art, and so much more since it first entered this world. Architecture is no exception.

One of the greatest styles of architecture to come out of Paris is called Beaux-Arts Architecture. It is an over-the-top historic architecture style that you can’t help but gape at in awe of its fantastic features.

This is the opposite of minimalism which draws being in due to its simplicity and practicality. But Beaux-Arts draws being in because it is classy, sophisticated, and flashy all at the same time.

What Is Beaux-Arts Architecture?

Maximalism may be the first word one thinks of when one imagines a Beaux-Arts building. That’s because this style of architecture is based on Roman and Greek architecture but with an artistic flair.

You can think of it as the charismatic personality of the French and Italian paired with the classiness of the Romans and Greek thousands of years ago. The style has been adapted time and time again, growing popular for official buildings.

Today, it is every bit as amusing as it has always been though much of the gothic influence has faded in favor of cleaner lines and more orthodox features. But to understand this, you must look into the history.

The History of Beaux-Arts Architecture

Beaux-Arts architecture was named after École des Beaux-Arts in Paris. The notorious school taught everything there was to know about the history and secrets of this style of architecture in the 1800s.

The Beaux-Arts style began with French classicism from Louis XIV but evolved into something unique. The college held the Grand Prix de Rome in architecture, which gave winners a chance to study architecture in France.

Those studying wanted to break away from the strict formality of the old style by going way back. They wanted to incorporate architecture from the Middle Ages and the Renaissance into their “modern-day” architecture.

And thus, Beaux-Arts Architecture was born. It was a new style of architecture that had never been done before. It influenced the entire world and still does today with new Beaux-Arts being built regularly.

During the hardships of the early to mid-1900s, the style of architecture seemed to fade. But it just may be bouncing back especially now with the need for something to make us feel excited once again.

What Makes Up Beaux-Arts Architecture

It may be easy to spot Beaux-Arts Architecture but it is harder to pick it apart and find out what makes it what it is. After all, architecture isn’t as simple as a feeling or a single detail. No matter how true that may seem to be.

But architecture is more complex than that. It is more of a series of details that come together to create a work of art. Here are a few of those details that you can spot in Beaux-Arts Architecture in order to label it.

Greek or Roman elements are necessary for this type of architecture. In truth, every classic architecture style has Greek elements. Because the Greeks and Romans were the first to do almost everything.

Although the buildings were first seen in France, the base of the buildings was built from Greek architecture techniques. That’s why you’ll notice a Greek color scheme along with other Roman influences as well.

You will notice pillars, pilasters, and other Greek-inspired traits in Beaux-Arts Architecture. But you will also notice a flair that isn’t often seen in most Greek buildings. This comes from the Italian influence.

Of course, Paris plays a role in this with French architecture but that one is a given. What isn’t is the fact that Italian personality and Italian character are such a huge part of Beaux-Arts style.

Back before most materials were manmade, people gathered materials from nature alone to build their structures. It was their only choice. Today, we have a choice but natural is almost always better for everyone involved.

Not to mention, the marbles, stones, and plaster of Beaux-Arts Architecture are absolutely gorgeous. It’s hard to find better plasterwork anywhere else because the influences all take part in the production of the plaster.

This is a simple thing but it is all about the details. You will notice triangular architecture often in Beaux-Arts Architecture. It is really all about the angles that create triangles without even trying. The triangles are then filled.

Notice how on this type of building the low pitches of certain sections create soft triangles? This is just one of the many features of Beaux-Arts Architecture that often go unnoticed but are easy to spot once you know about it.

There are usually grand entrances in Beaux-Arts Architecture. It starts with a raised first floor. The homes and buildings aren’t usually built on the ground but are raised and the building begins a few feet up.

More often than not, the entrances and foundations are raised above or almost above head level. This makes them even more impressive. The doors are also usually large and covered in ornaments.

This one is easy to see but it is difficult to put your finger on. But there is usually a great symmetry with Beaux-Arts Architecture. Whatever is found on the left will be found on the right too, with the door placed in the center.

Other architecture styles offer a more eclectic design and are edgy. But Beaux-Arts Architecture likes to keep things balanced. There may be eclectic touches but it won’t offer up its symmetry to accommodate these touches.

Where other architecture types will keep things square or sharp, Beaux-Arts Architecture always has arched doorways and windows. This doesn’t mean they always have to be arched but it is a defining feature.

Even if there are dormers, they can be eyebrow dormers, which are arched, but they are more likely to be arched fully or barrel-roofed. Even a bonnet dormer can work. There are many types of arched dormers.

Most Beaux-Arts Architecture buildings will have some type of garden or courtyard. The courtyard is often in the front yard and will have other Greek or Italian features such as fountains and statues.

There usually aren’t a lot of trees surrounding the area but there may be a few smaller ones. The courtyard is a feature but isn’t the main focus because the building needs to remain the primary focus for visitors.

Flat roofs aren’t that popular anymore, but before roofs were designed for the weather, flat roofs were the primary type of roof. The roofs were built with stone and plaster with lighter stones being used.

On top of these flat roofs, accents were added and domes can often be seen. But underneath, the roof is flat, and very few slopes or slants are seen anywhere in the structure of the buildings in Beaux-Arts Architecture.

Gargoyles are actually a good thing and are made to scare off predators and “ghosts” that may enter the premises. Think Mushu of Mulan. They are the scarecrows of structures whereas other scarecrows protect gardens.

It is important that Beaux-Arts buildings have at least two stories. Most of them have two-and-a-half or more. You can see some that have four or five stories but very few that have as many stories as an apartment building.

They are generally in the 2 to 5 range, which makes them look classy yet still every bit as impressive. It also ensures that each floor can be decorated fully without having to cut costs to create more floors.

Imperial staircases aren’t found in all Beaux-Arts Architecture, but they are quite common. Even when they aren’t present, other similar styles and features are. There is always something impressive when you walk in.

Because first impressions are very important for Beaux-Arts style. It’s all about showing off the wealth and artistic taste of the owners and architects. That is nothing to be ashamed of either!

Creating Your Own Beaux-Arts Architecture

When it comes to using Beaux-Arts Architecture techniques at home things can get complicated. This is an era of architecture that can be difficult to recreate. When you don’t create it then you will definitely pay for it.

This type of architecture is not cheap and finding contractors that know how to pull it off isn’t easy. But if you bide your time and find what is available in your area then you can probably make it happen.

Just remember to stay true to the Greek, Roman, Italian, and French background. Don’t go too modern but keep things classy with your own flair. The rules aren’t strict but it is always easy to spot a fake!