Over the years we’ve shown you all sorts of spectacular conversions and transformations such as water towers turned into family homes, churches turned into private residences or fire stations converted into homes. But I don’t think we’ve ever talked about a clock tower and the possibilities it offers. This old clock tower can be found in the DUMBO neighborhood in Brooklyn, New York. In 1998 a factory was converted into an apartment building. It was a project by David Walentas. That unit also has a clock tower. 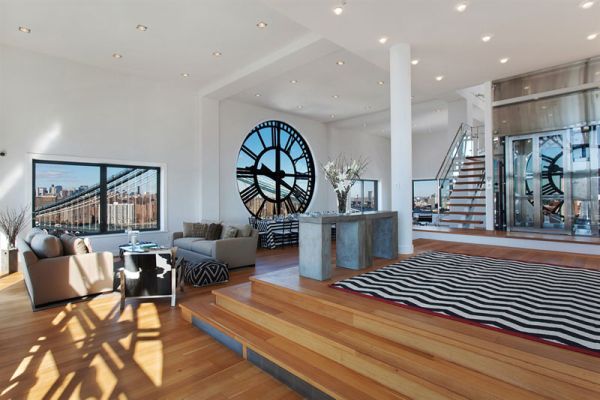 The building was originally built in 1915 and this makes the clock a wonderful piece of history. It was very beautiful as it was but, at one point, it became even more interesting. The tower got converted into a 3-floor penthouse with a total surface of over 6,813 feet. The main elements that defined it are the 14 ft glass clocks that can be found on every wall. 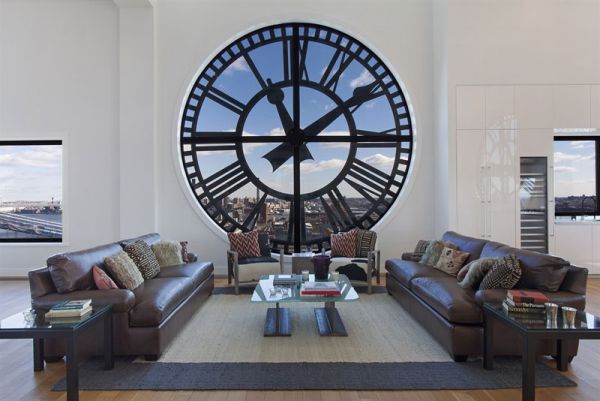 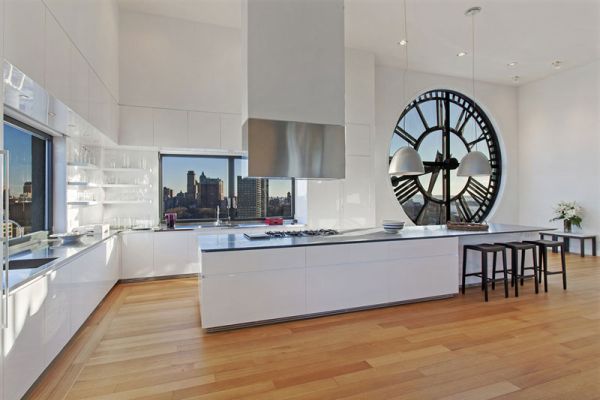 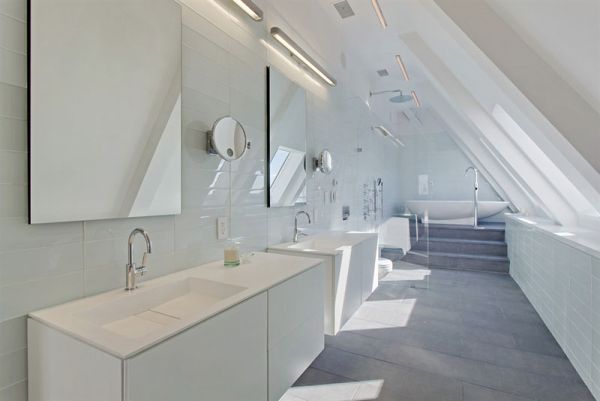 The clocks are definitely eye-catching and they have been beautifully integrated into the interior décor of the penthouse. For example, the main living area has two sofas facing each other and a giant clock on the wall just in between them. It’s a very nice background and a great subject for discussions. 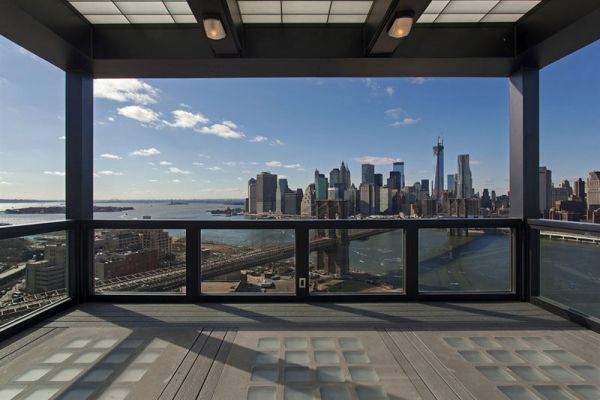 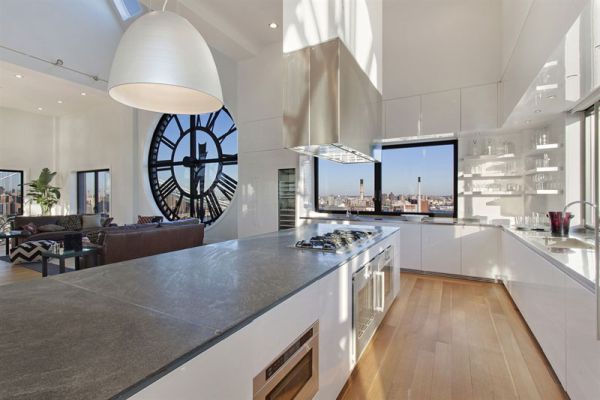 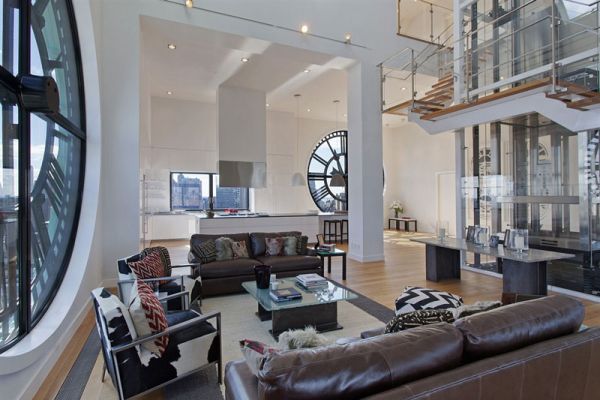 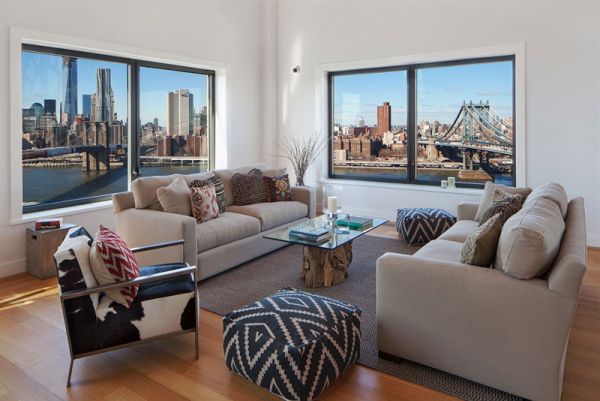 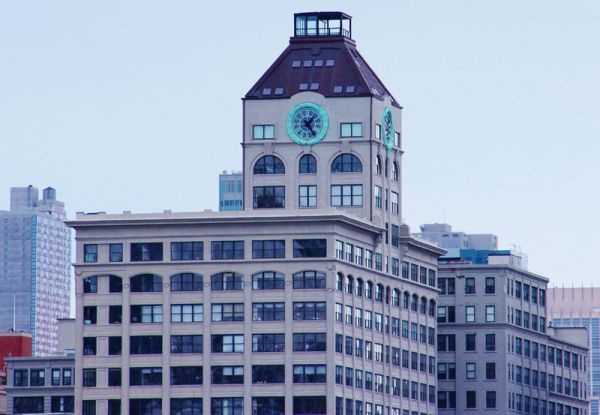 The penthouse has three bedrooms and 3.5 bathrooms along with high ceilings and beautiful 360 degree views of the neighborhood. It would definitely be a wonderful home but, as you probably imagined, it comes with a price. The property was first listed in 2009 for $25 million. It was listed again 2011 for $23.5 million but it remained unsold. This year the price dropped to $18 million.