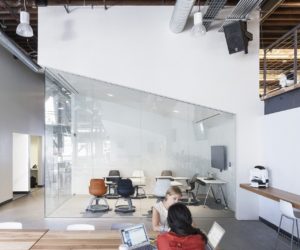 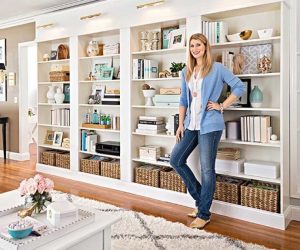 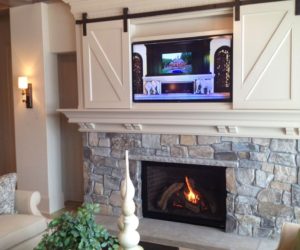 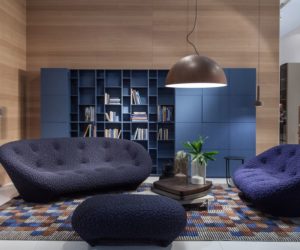 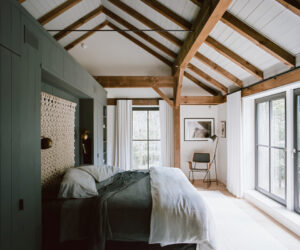 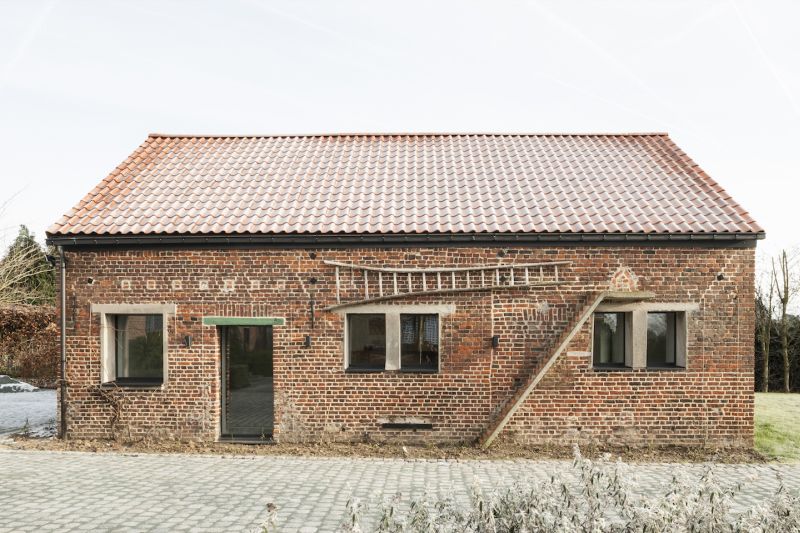 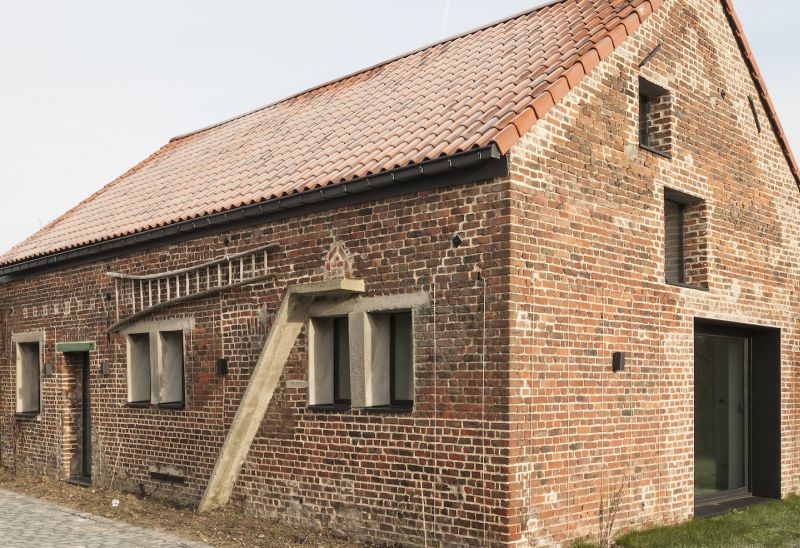 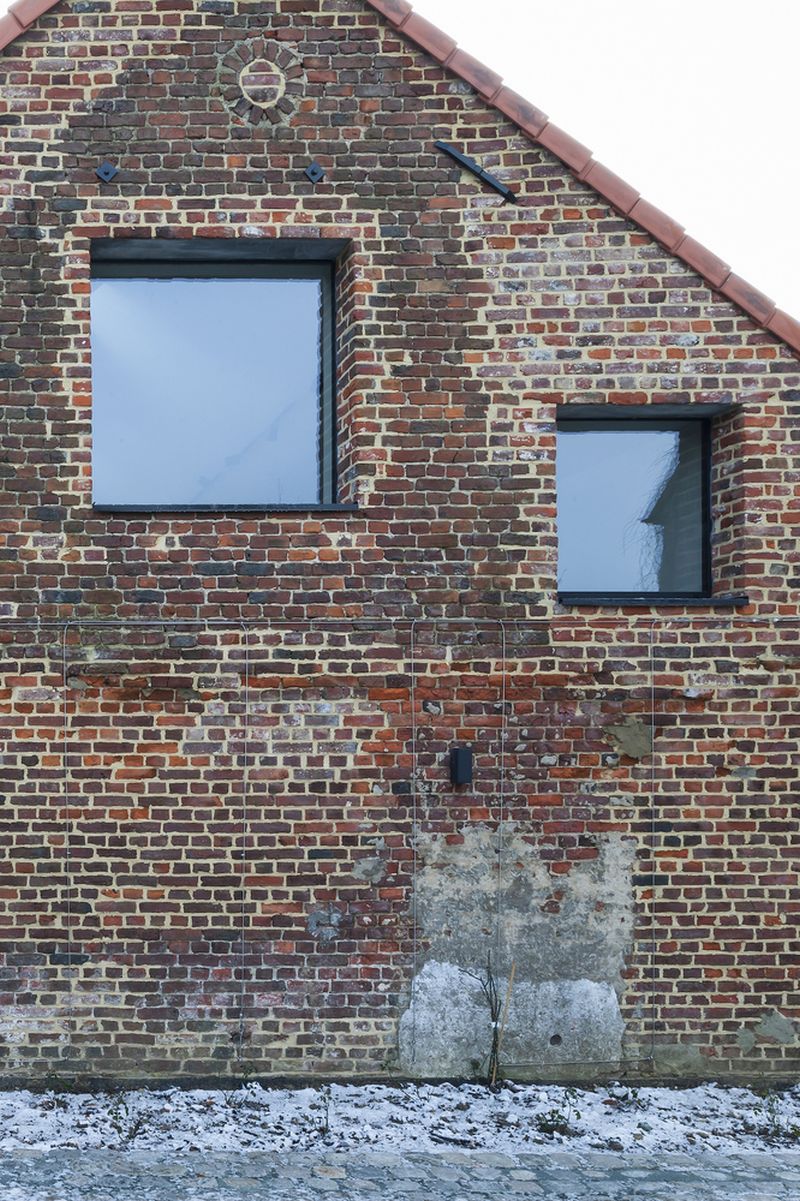 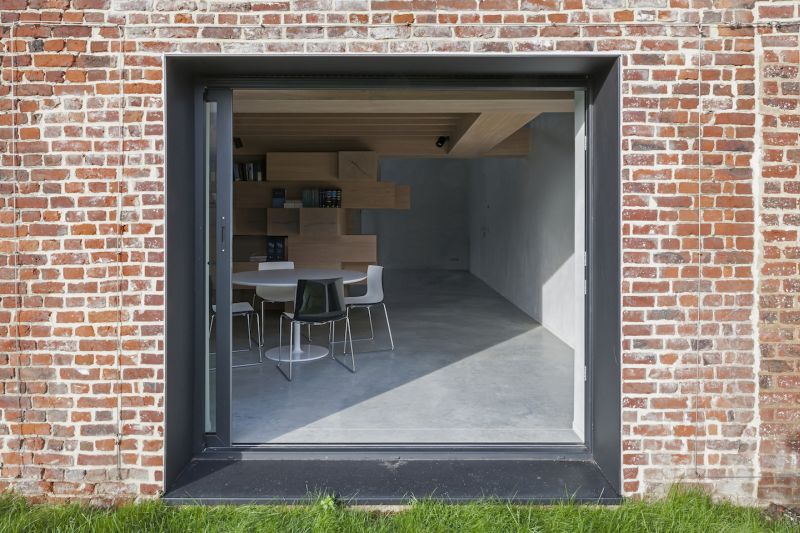 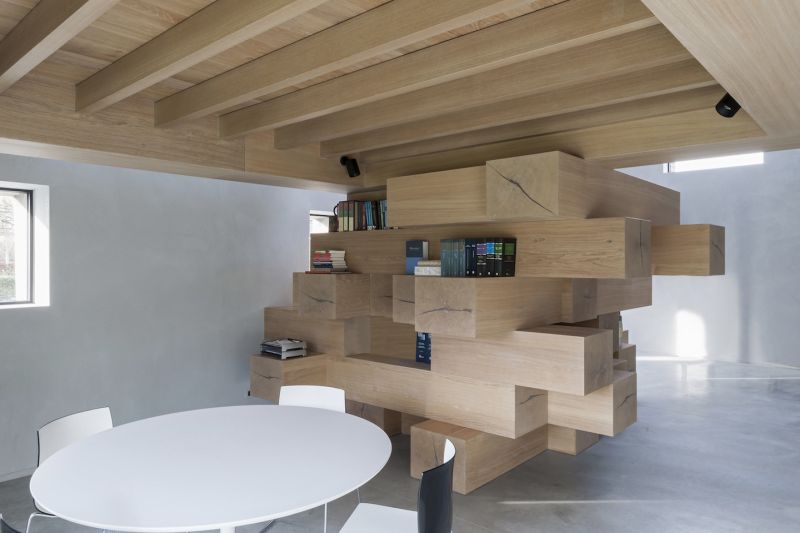 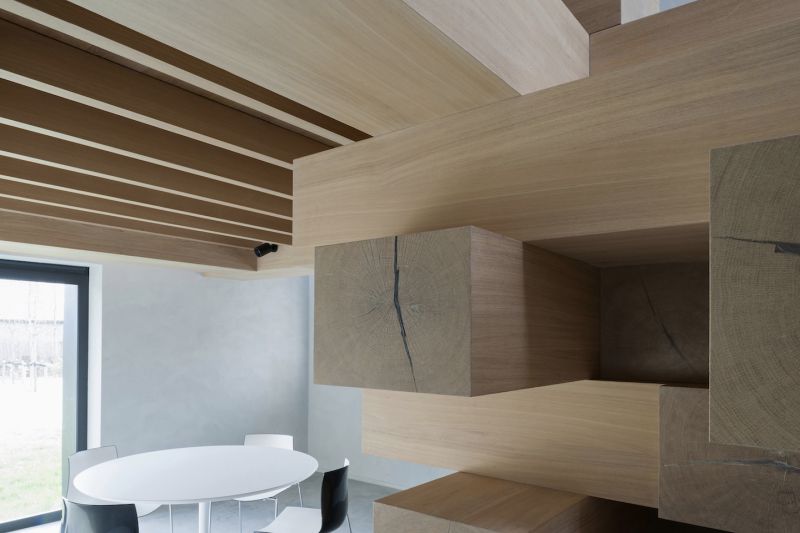 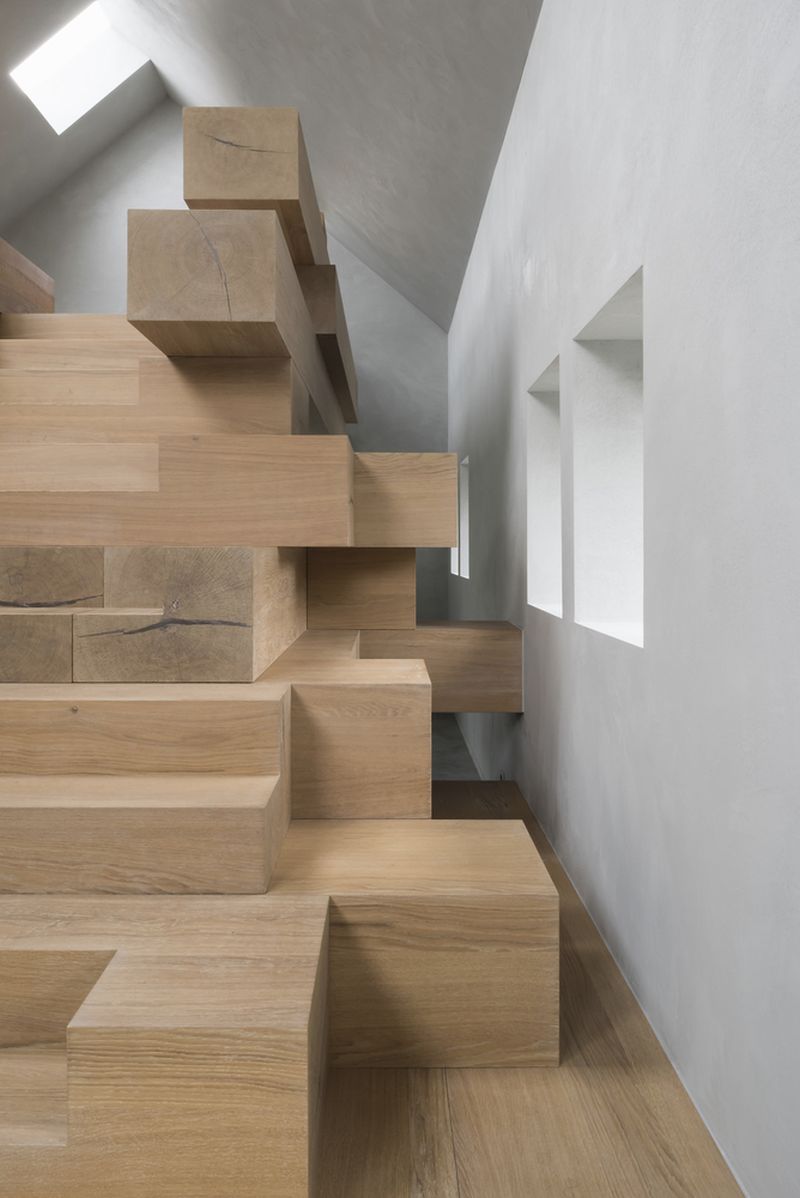 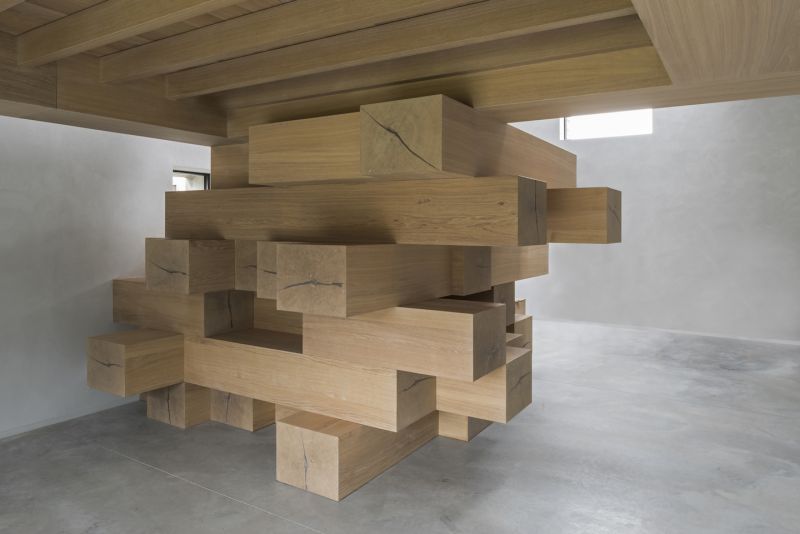 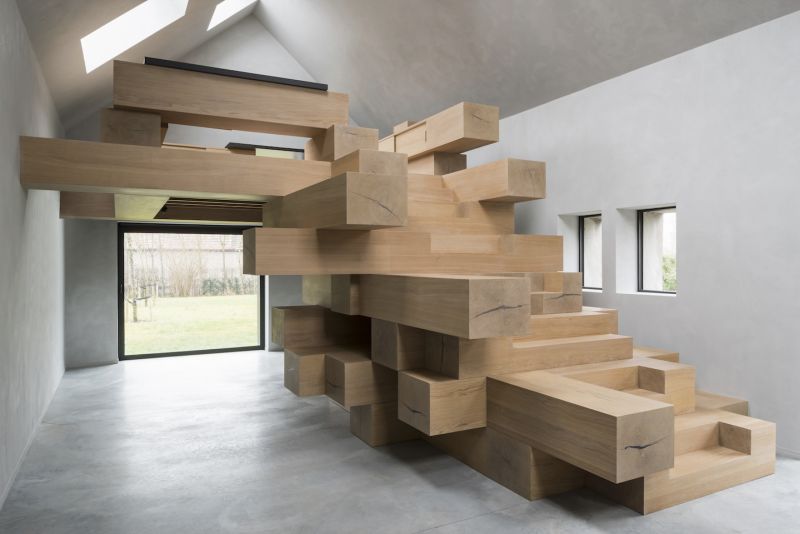 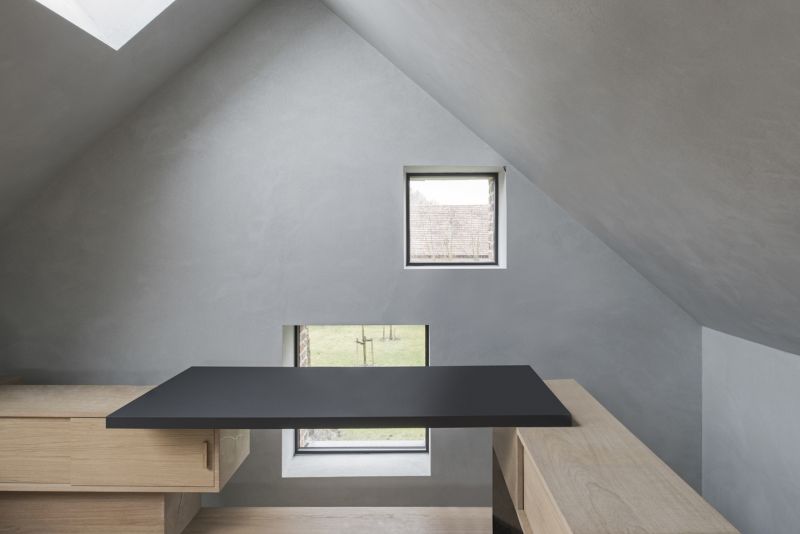 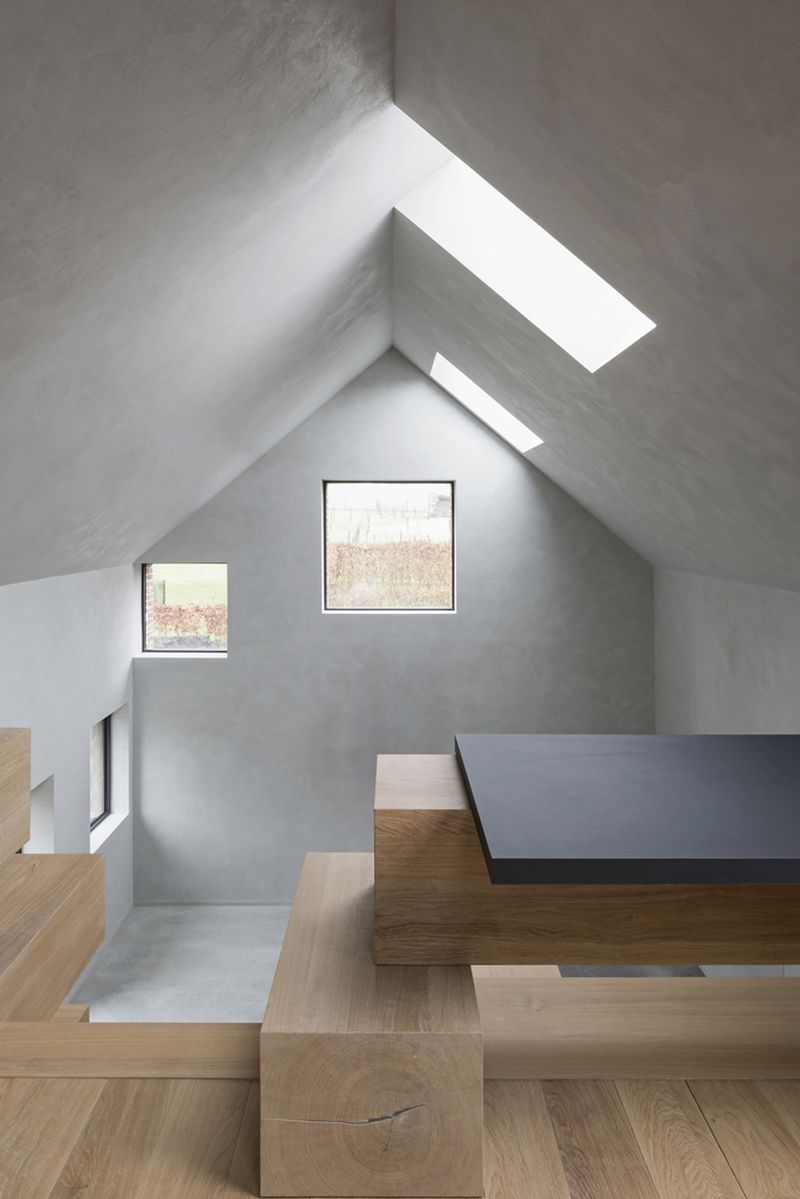 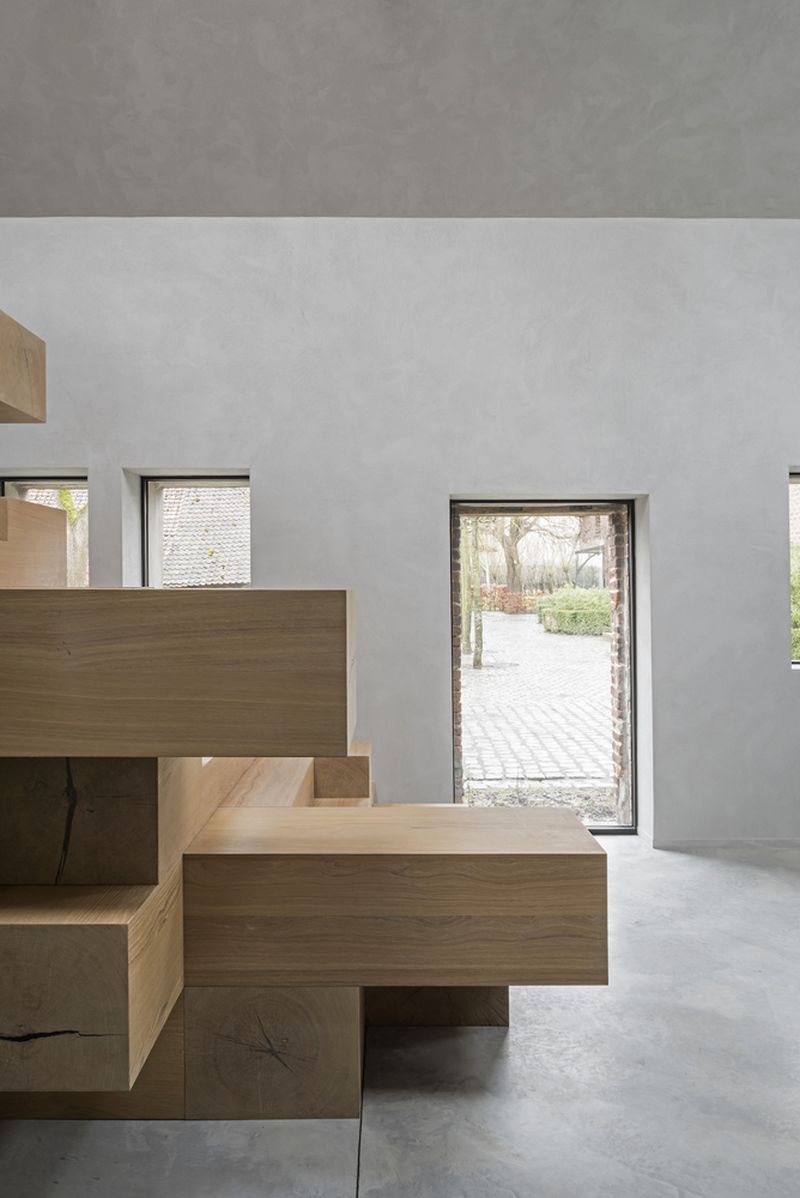 Questioning the obvious and exploring new possibilities and surroundings is what the architects at Studio Farris are best at. It’s also what inspired them to take on this interesting project. Originally a barn that dates back to the 1900s, this structure was transformed into a modern office.

Studio Farris was founded in 2008 by Italian architect Giuseppe Farria and is driven by the desire to discover the hidden potential in every project and to create harmony between sustainability and innovation, aesthetics and functionality.

The small old barn they recently transformed is located in West Flanders, in Belgium and is part of a farm complex formed of several buildings. The barn offered 100 square meters of interior space and was organized on two floors.

But the fragmented interior was not what the client wanted for his new office. The various small rooms no longer suited the function of the barn so they had to be replaced by a more spacious and more open layout.

The transformation of the barn was completed in 2016 and it involved a lot of major changes. As an office space, it had to include a meeting space, a library, a desk area and a reading/ lounge space. All the interior partitions that formed the segmented layout were demolished and the first floor was removed from the design as well.

This drastic transformation of the interior aimed at creating a different perception of the space and enhancing the image of the whole. At the same time the partitions were removed the interior brick envelope of the building was also exposed. The new design, however, doesn’t preserve this feature and covers the walls, floor and ceiling with a layer of concrete.

The barn became a box-like space with a clean and open interior. In order to offer the office all the necessary features and to integrate them all in the new layout, the architects designed an autonomous furniture unit. This unit helps divide the spaces and functions and also forms a mezzanine platform.

Thanks to its flexible nature and simple design, the furniture unit divides the space without breaking the views or altering the overall perception of the whole volume. The unit is made of several layers of stacked timber beams.

They are arranged like pieces of a puzzle and they form bookshelves, storage compartments and even a set of stairs which can be used to access the mezzanine level where a separate workspace is situated. As a result, this barn office has it all: a library, lots of storage, cozy reading nooks, functional work spaces and even a casual meeting room. 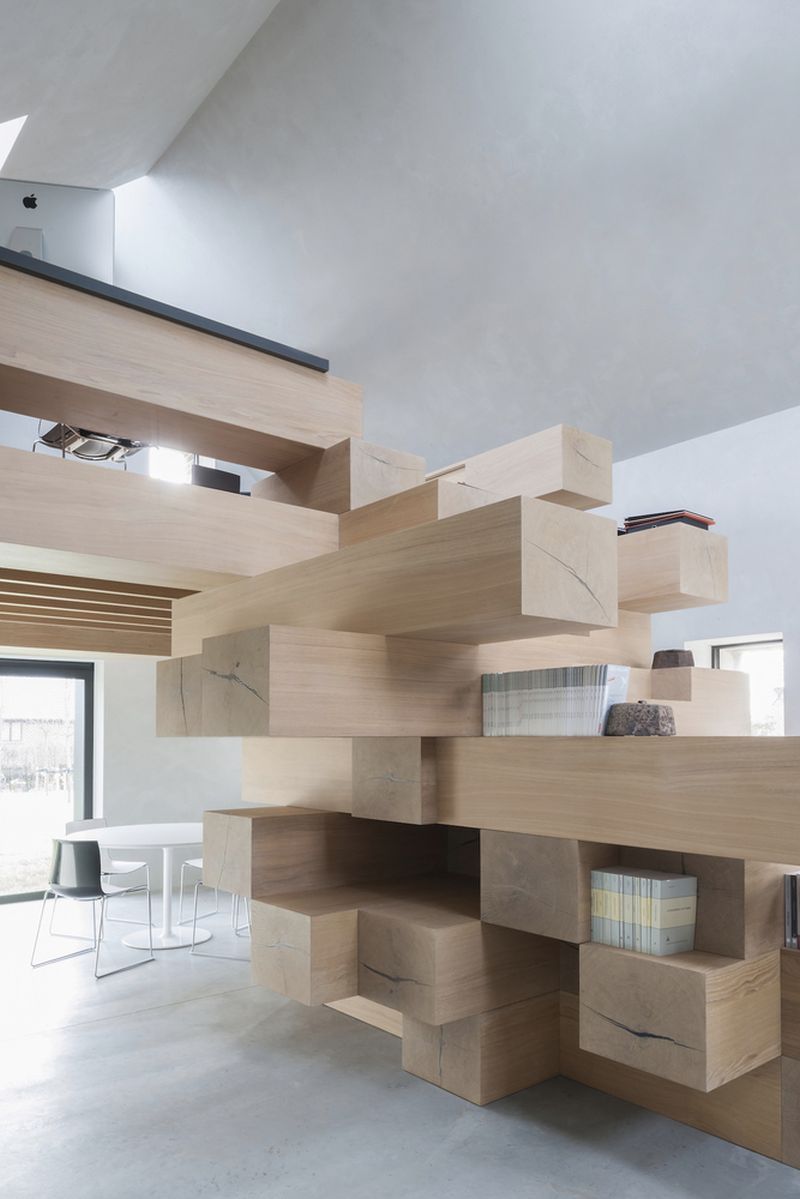 While the interior brick walls were covered with concrete, the exterior didn’t go through such a major transformation. Instead, the original facade was restored. Some new windows and a skylight were added in order to bring more natural light into the office and a large sliding glass door was installed, its role being to being the outdoors in and to seamlessly connect these two zones, offering beautiful views and abundant light at the same time.