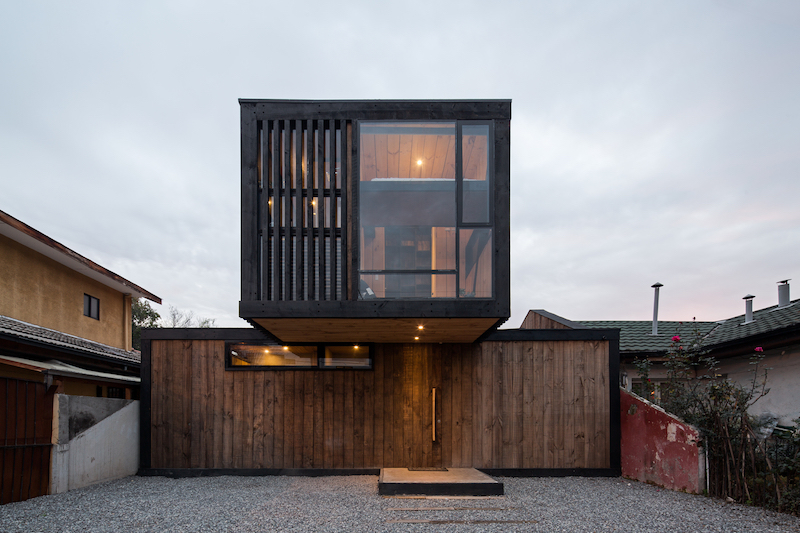 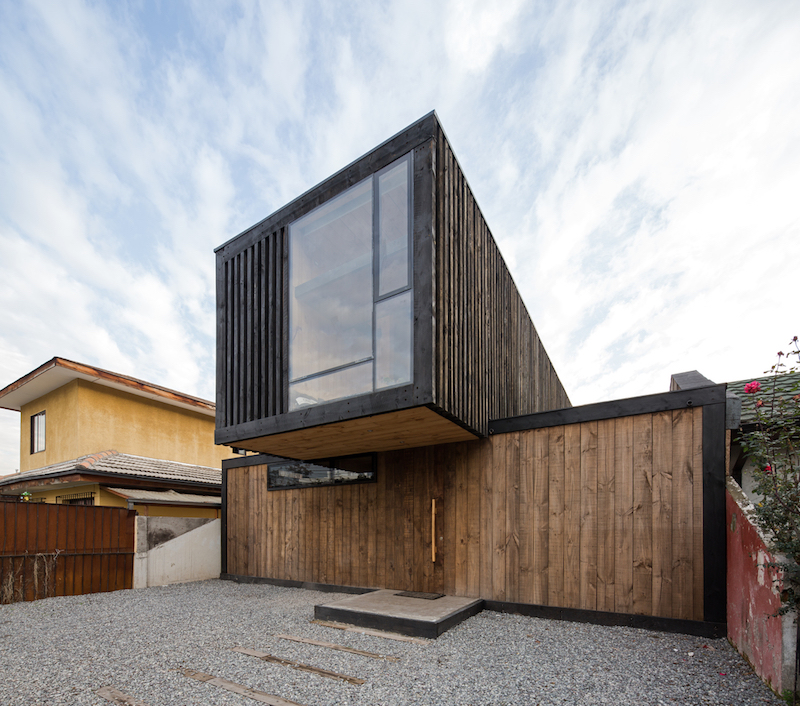 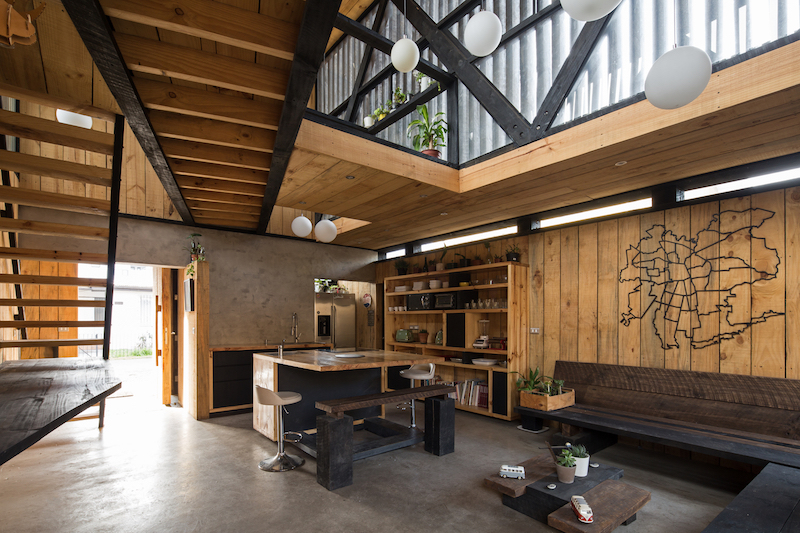 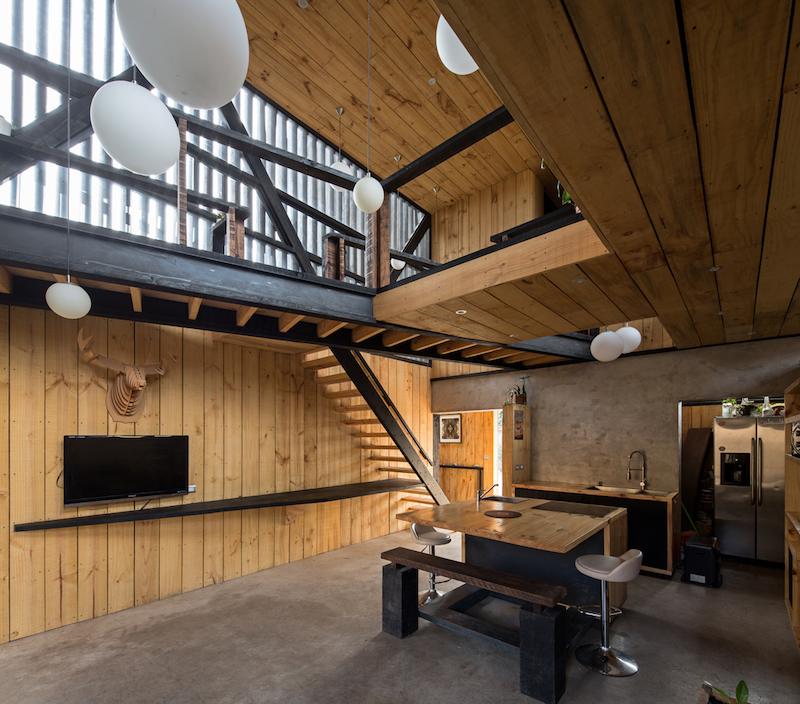 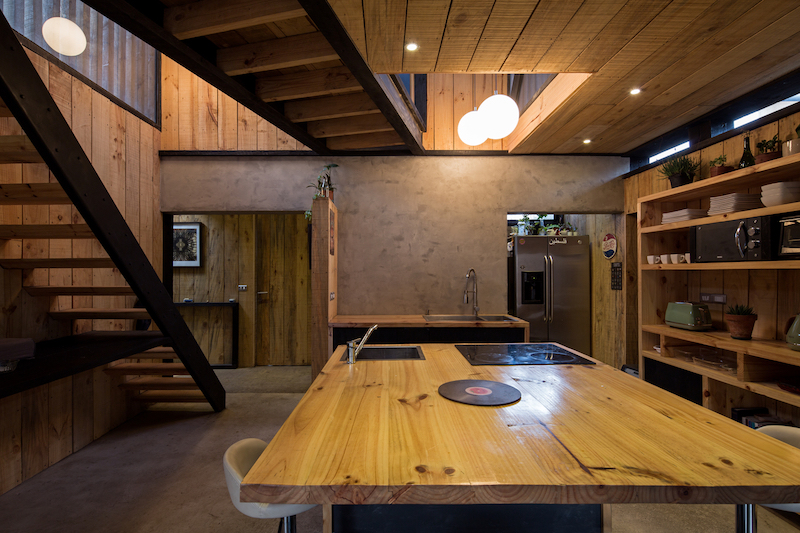 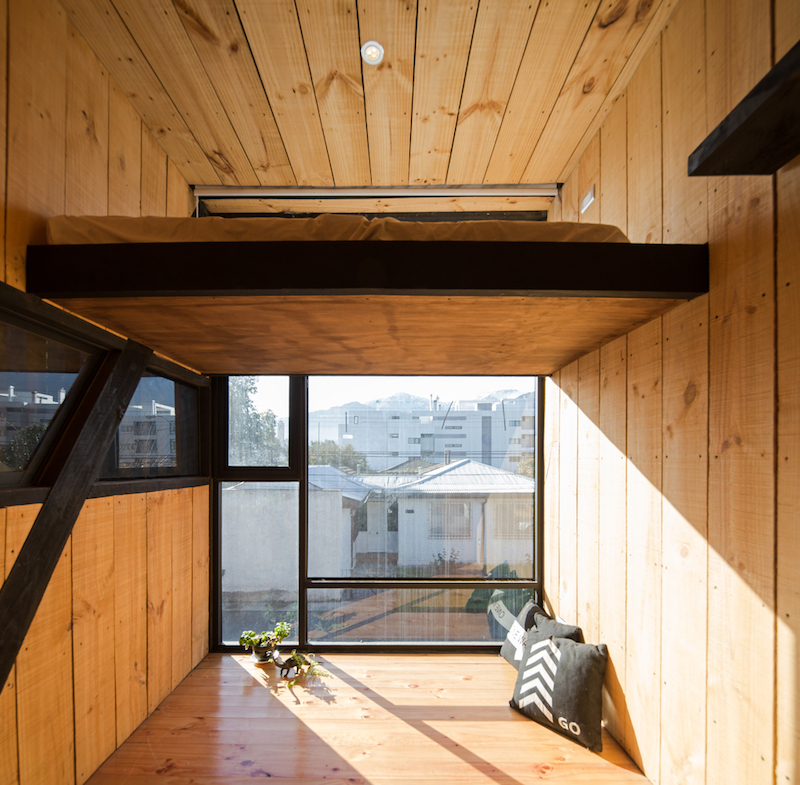 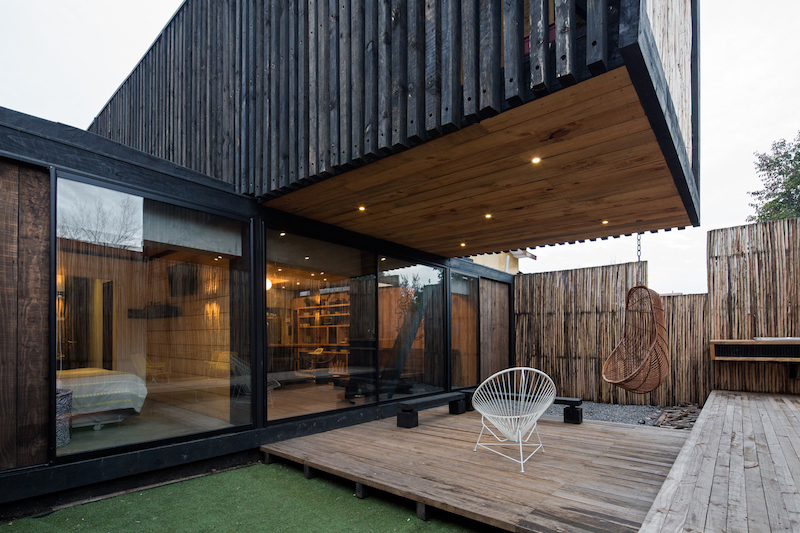 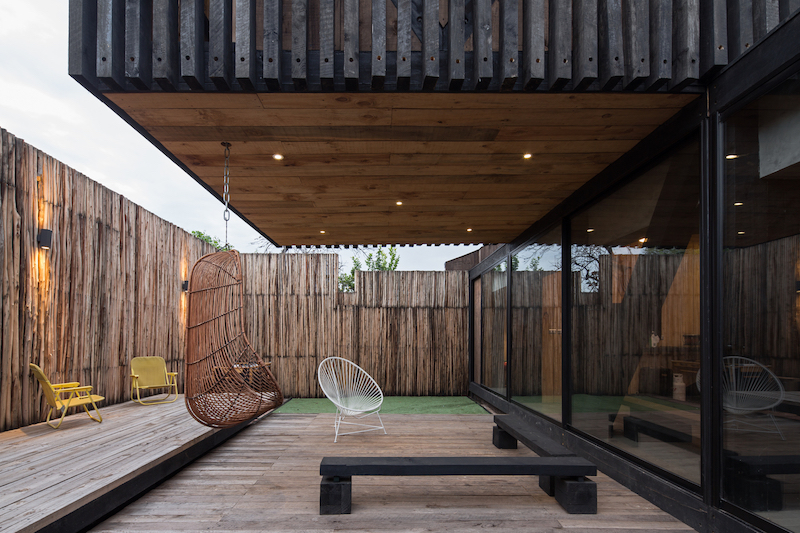 A limited budget often means that compromises have to be made yet that doesn’t necessarily have to impact the project in a negative way. Today we’re sharing the story of an inspiring project that was completed by architect Pablo Dikenstein in 2016. The architect was given a challenge: to give its client a beautiful and modern home using a low budget which had to be used both for the purchase of the property and its remodel.

The first step was to find a suitable site with an existing house. That brought architect and client to a region in Santiago, Chile where a small enclosed lot had a deteriorating house that was just right for what they had in mind. That property became the FS Residence which you can admire in these images. Before the remodel could begin, some priorities had to be established. The client requested room for 3 cars in the front yard, three bedrooms, a large common space and wood facades.

Wood became the primary material of the project and was used both for the exterior facades of the house and for its interior design and furnishings. Originally, the house had only one level and a tiny front yard with room for a single car. A second level was added and the East-facing section of the house was recessed to make space for the three-car parking area. The architect tried to preserve as much of the original house as possible, both for financial reasons and because he wanted to give his client a cozy and charming home that would ultimately fulfill his dream.

The reinforced concrete elements were preserved along with some of the brick walls. All the non-structural partitions were removed. At the center, a double-height open space was created. It houses the kitchen, dining room and the living area. The master bedroom, a bathroom, the pantry and service area are situated on the ground floor as well. That leaves two additional bedrooms, a bathroom, the office and a terrace for the upper level.

The spaces on the upper floor are connected through a bridge and a staircase links them to the ground floor. A wooden deck with a raised platform extends the living spaces outside, being framed by tall wooden fences and partially protected by the cantilevered first floor volume.