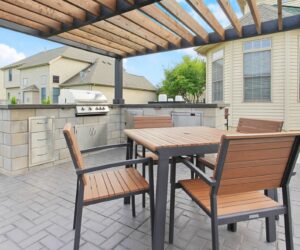 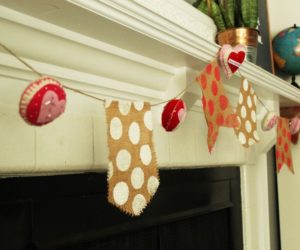 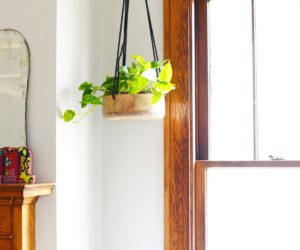 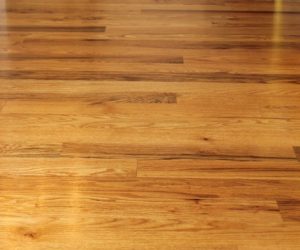 Even though some people don’t like the idea of being in a place that’s surrounded by water, living in a floating house can be pretty much amazing. There’s something unique about floating houses that makes them incredibly appealing. It’s why this concept has been developed over the years and we now have all sorts of amazing designs, from simple floating houses to entire private islands.

But whether it’s a tiny house or an expansive floating structure, the feeling of freedom and the great views are always amazing. It’s like having your own little piece of paradise. Moreover, if you like the way the waves rock your home then it’s really the best place to be at. Here’s a selection designed to capture the beauty of these houses.

We’re going to start with this lovely floating house located in Ontario, Canada. It was designed by MOS Architects and completed in 2005. The house has an area of 186 square meters and can be found on Lake Huron. The unusual conditions on the site meant that the architects had to adopt special construction techniques as well. The house sits on a structure of steel pontoons. The actual house was built separately, on the frozen lake and then anchored to the base. 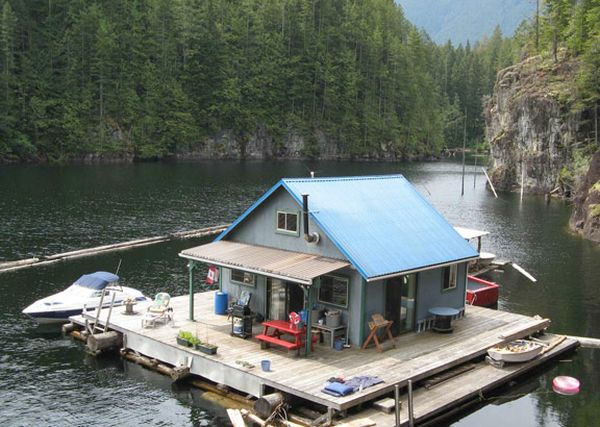 This floating house is located on Powell Lake in coastal British Columbia and has a strongly traditional design. It has a simple structure with one a half stories. It sits on a support structure made with giant logs and steel cables, tightened with winches and hydraulic jacks and with railroad spikes. This structure is probably the most complicated element of this house’s design. The interesting thing about this property is that, besides the actual house, it also includes a boat dock, a shed and even a vegetable garden.

This is a modern version of a boat house. It was designed and built by TYIN tegnestue architects and it’s located in More og Romsdal, Norway. Completed in 2011, the house has a design that has at its base the traditional structure of Norwegian boat houses. In fact, it was built with materials from an old boat house that had to be demolished. Some features have been reused, such as the windows or paneling. The exterior was given a nice grey patina that gives the house character.

Having a lovely floating cabin is nice but some people want to take the idea to a whole different level. They want to create their own floating paradise so they come up with ideas that seem futuristic at first but that have the potential of becoming reality. Take for example this spectacular structure. It’s a combination between a giant yacht and a private island. It has an extendable deck, guest cabanas, a pool, a volcano, balconies and many more spectacular features.{found on Yachtislanddesign}.

Here’s an even more impressive project. This is Lilypad, a dramatic floating structure designed by Vincent Callebaut. It can accommodate almost 50,000 people and has a very impressive look, mostly due to all the green features. Even though it’s still just a concept, the designer hopes it will become reality by the turn of the century. It would truly be a luxurious retreat far from everything and everyone.{found on TrendHunter}.

But let’s now get back to projects that actually exist in reality. A nice example to take a look at would be this floating house found on Amstel river, in Amsterdam, Holland. It’s a structure that beautifully combines functionality and minimalist design. It was a project by +31 Architects and it was modeled after the design of traditional floating houses but by using modern methods. It has a total surface of 200 square meters and has two levels. The lower level goes underwater, a decision based on the fact that the maximum height of the house had to be 3 meters, a limit imposed by the local rules.{found on oradearhitectura}.

From Camper to Boat for the Best Vacation Ever.

When you think of a floating house you immediately picture the views, the water, the nature and you imagine it as a vacation retreat and getaway destination. It’s exactly what the Sealander was designed for. The Sealander is a 2-wheeled carry-along accommodation that you can simply attach to the back of your car and take with you in your vacations. It’s a very versatile environment that can even sit on water. The multipurpose structure is compact and can be placed in basically any environment.

All the amazing floating houses presented so far have in common the fact that they allow you to enjoy nature and to admire amazing views of the water. But what about underwater views? They can be amazing too. In fact, they’re even more spectacular because of all the mystery. Trilobis 65 allows you to admire them while relaxing and enjoying your vacation. Trilobis 65 is a semi-submerged structure designed by Giancarlo Zema. It can accommodate 6 people and has four levels.

We’re now going to focus our attention on a beautiful remodel of a boathouse. Located on Muskoka Lake in Ontario, Canada, this floating house was completed in 2007. It was a project by Christopher Simmonds Architect and it’s a 600 square foot structure. It has two levels, one being the guest suite. It has a simple and rustic design, with a roof terrace and a deck. The interior is minimalist, inviting and modern.

This is a similar yet very different floating house. It’s simple but it’s also unique. The shape of the house is the most eye-catching and unusual detail. The curved walls evoke the beauty of the rippled and make the house perfectly integrate into the landscape. The façade of the house is made of glass and allows amazing views. In addition to being eye-catching, the house is also sustainable, a detail that makes it even more interesting.{found on oshatz}.

The last floating house we’re going to present you is a contemporary structure with a minimalist and stylish design. It has several levels and the upper portion features a glass façade with uninterrupted views of the beautiful surrounding landscape. Because of the complexity of the design, this doesn’t seem like a vacation retreat but more like an actual residence.{found on blog}.