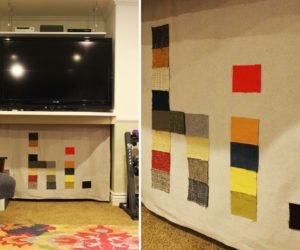 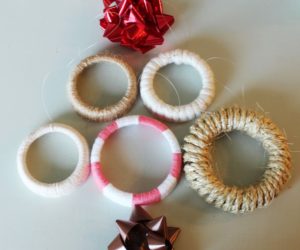 Having a window in the shower is as practical as it is beautiful. By opening up the window you ventilate the space and you let in fresh air plus even if the window is non-operable it still lets in natural light and in some cases amazing views. Of course, the issue of privacy arises when you have to evaluate if a window in the shower or the bathroom is actually a good idea in the first place. The answer is almost always yes and the remaining concern is what type of window and what proportions to choose. Perhaps these shower windows can offer you the answer you’re looking for.

Having a full-height window in the shower is amazing as long as it doesn’t compromises your privacy. Check out this amazing bathroom that we found on Lotosconstruction. Showering in here is like showering outside, in the middle of nature.

A regular window placed at a safe hight can be an option too. You can basically enjoy a nice warm shower while looking out the window without feeling totally exposed. Also, this window is a really needed source of natural light for this bathroom. {found on Theskyisthelimitdesign}

Ideally, a large shower window or glass wall would open up the bathroom to a private garden. This way privacy is not an issue and you can also control exactly what you see from in there and you can create a very zen and fresh decor.

This bathroom has more than just a simple window. There is, of course, the little window in the shower but there’s also a full-height window to the left as well as an opaque glass door which connects the shower (and bathroom) to an outdoor patio. We love the frosted glass door. It’s a perfect compromise. {found on mdarch}

What if you want natural light in your shower/ bathroom but there’s no way you can make a full-height window work? Perhaps a skylight can be an option or perhaps you could opt for a long, horizontal window just under the ceiling. It’s hight enough to offer total privacy and to let you have solid walls but it still serves as a source of natural light. {found on zigersnead}

Actually, the idea of a high, horizontal window is pretty awesome and perfect for almost any shower or bathroom no matter the type of style. You can even have more than one such window, as exemplified in this contemporary bathroom featured on Ogawafisher.

This bathroom has not one but two showers which help to ensure a symmetrical interior design and structure. There’s one tall and narrow window at the far end of the bathroom, right at the center of the wall and it illuminates the entire room, allowing the light to be reflected off the white tiles that cover up the walls and the ceiling. Once again, the source of inspiration is Designplatformllc.

Another possibility is to illuminate the shower indirectly. Instead of having a window in the shower you can have the window positioned on the opposite wall so the light enters the shower and the rest of the bathroom. Of course, that means a transparent glass enclosure is in order for the shower. {found on Spiveyarchitects}

What about tiny shower windows? Well, that’s an option too. Check out this intriguing bathroom layout featured on marydewaltdesigngroup. The shower is positioned in the corner, framing the tub which gives the room a pretty symmetrical look. There are four tiny windows in the shower, high enough to maintain privacy.

When it comes down to choosing an option, the decision should be made in relation to the unique particularities of the bathroom and the shower. That being said, it’s possible to combine two or more of the ideas we just presented, much like in the case of this stylish bathroom which has a direct connection to a garden and a set of clerestory windows. {found on Anthonywilder}