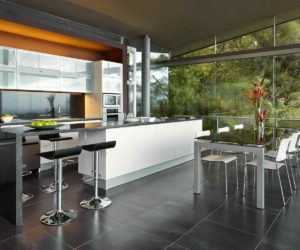 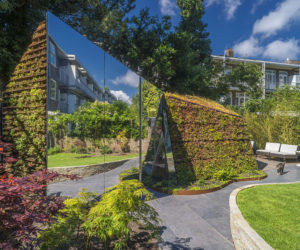 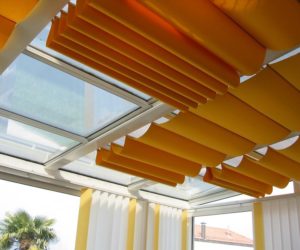 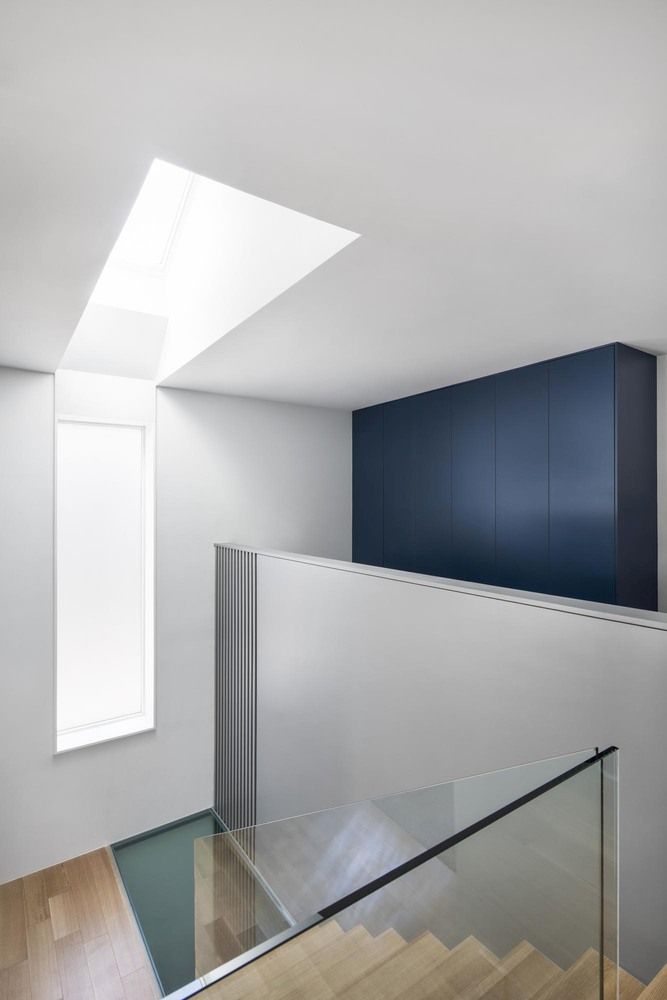 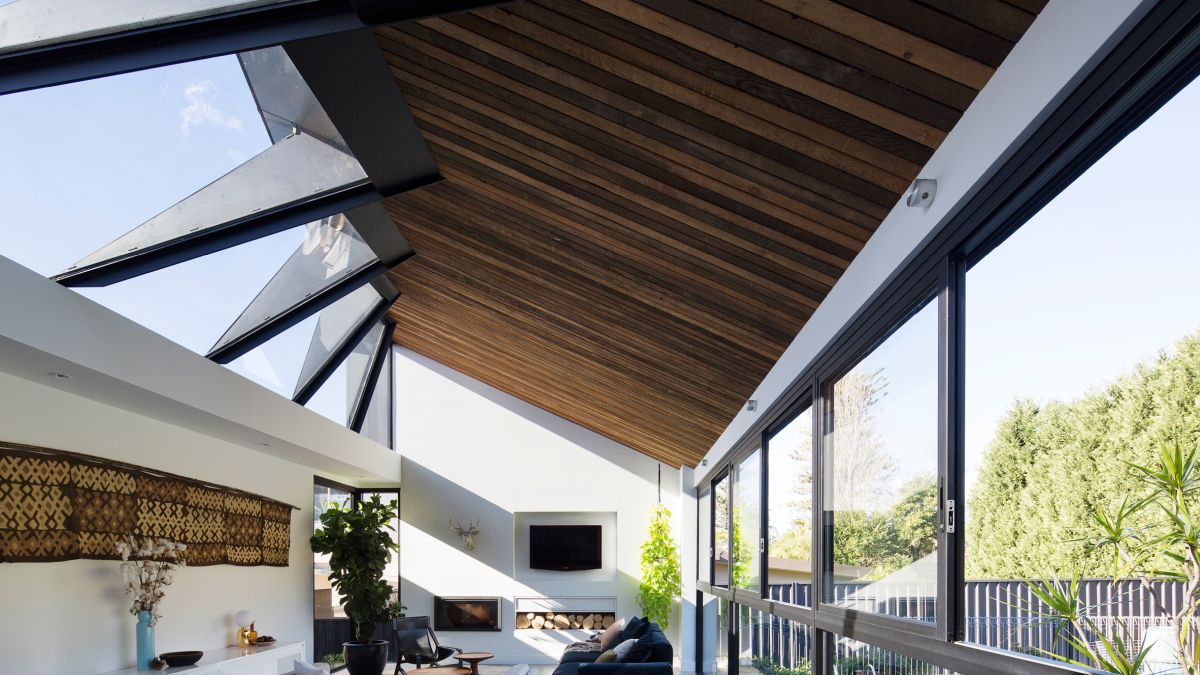 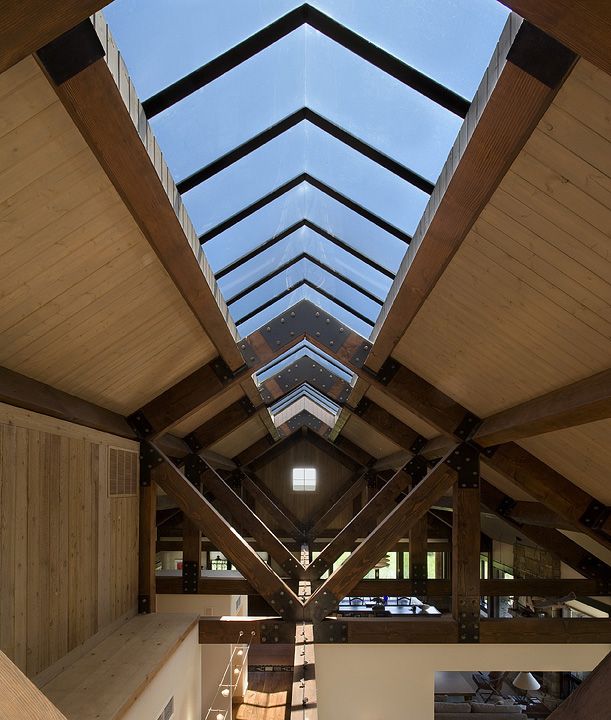 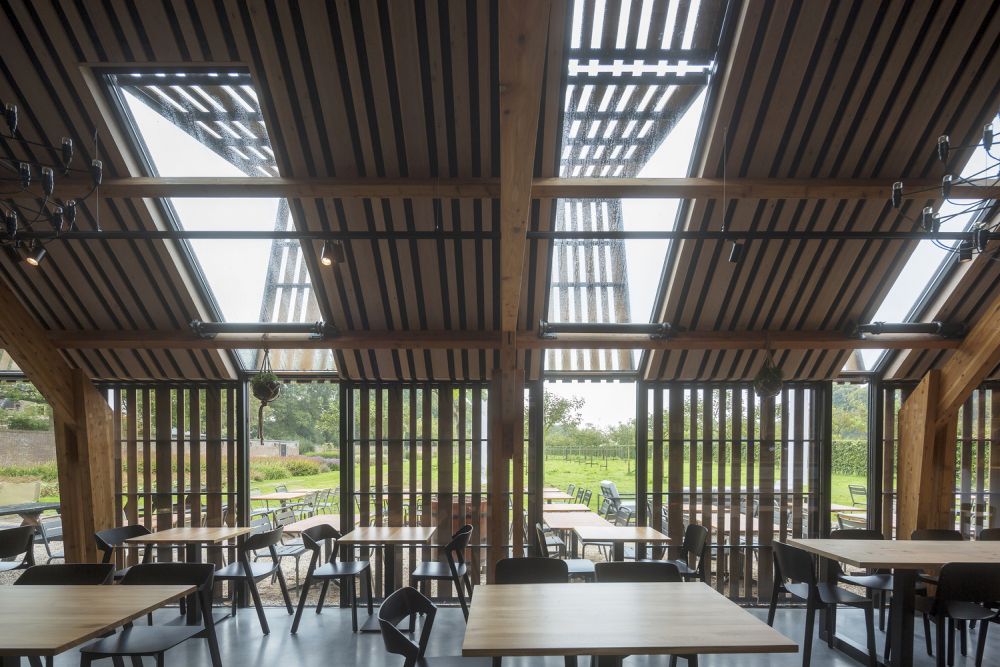 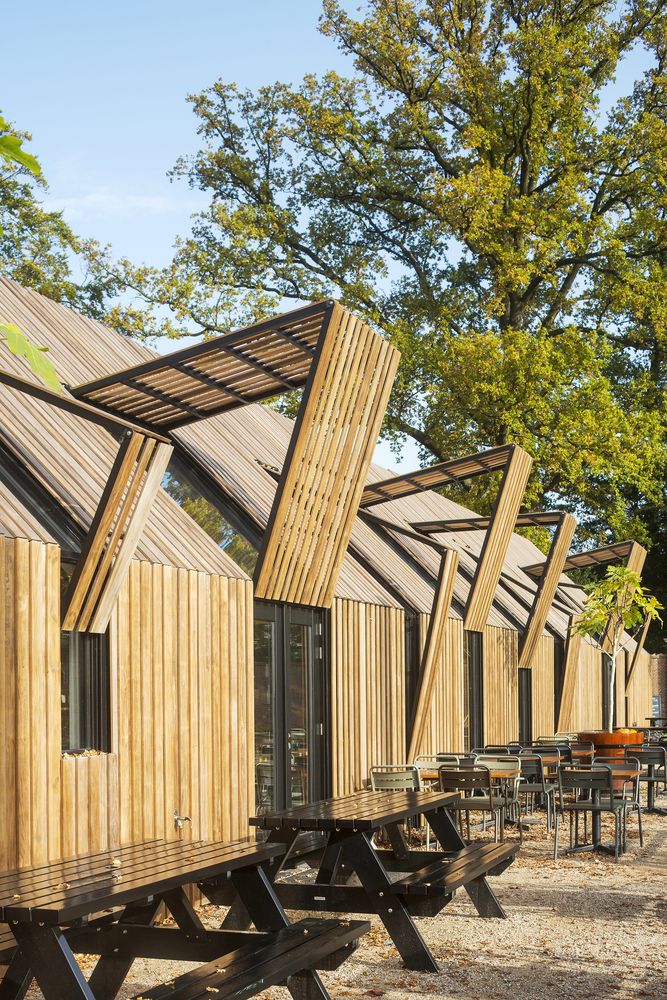 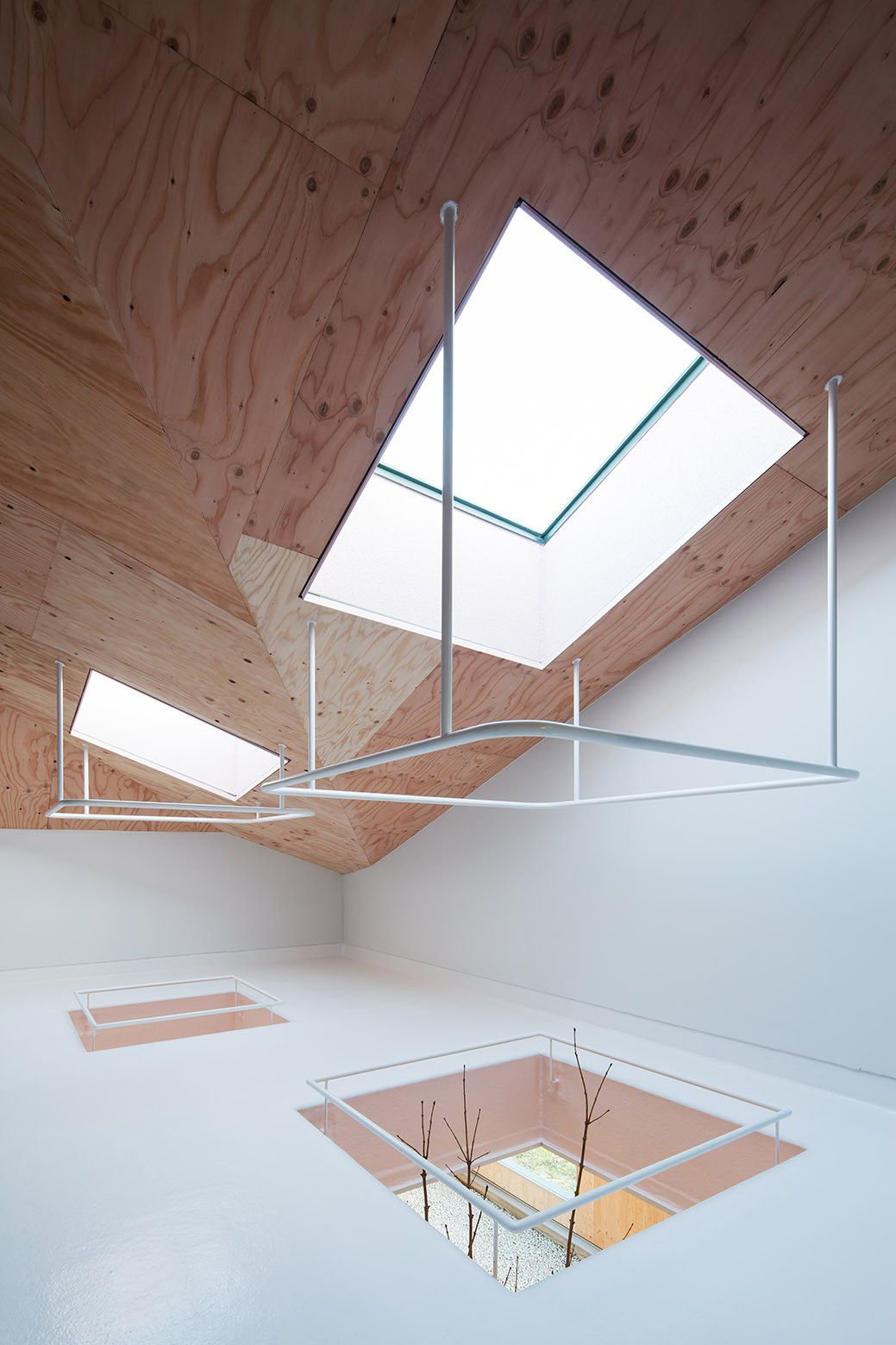 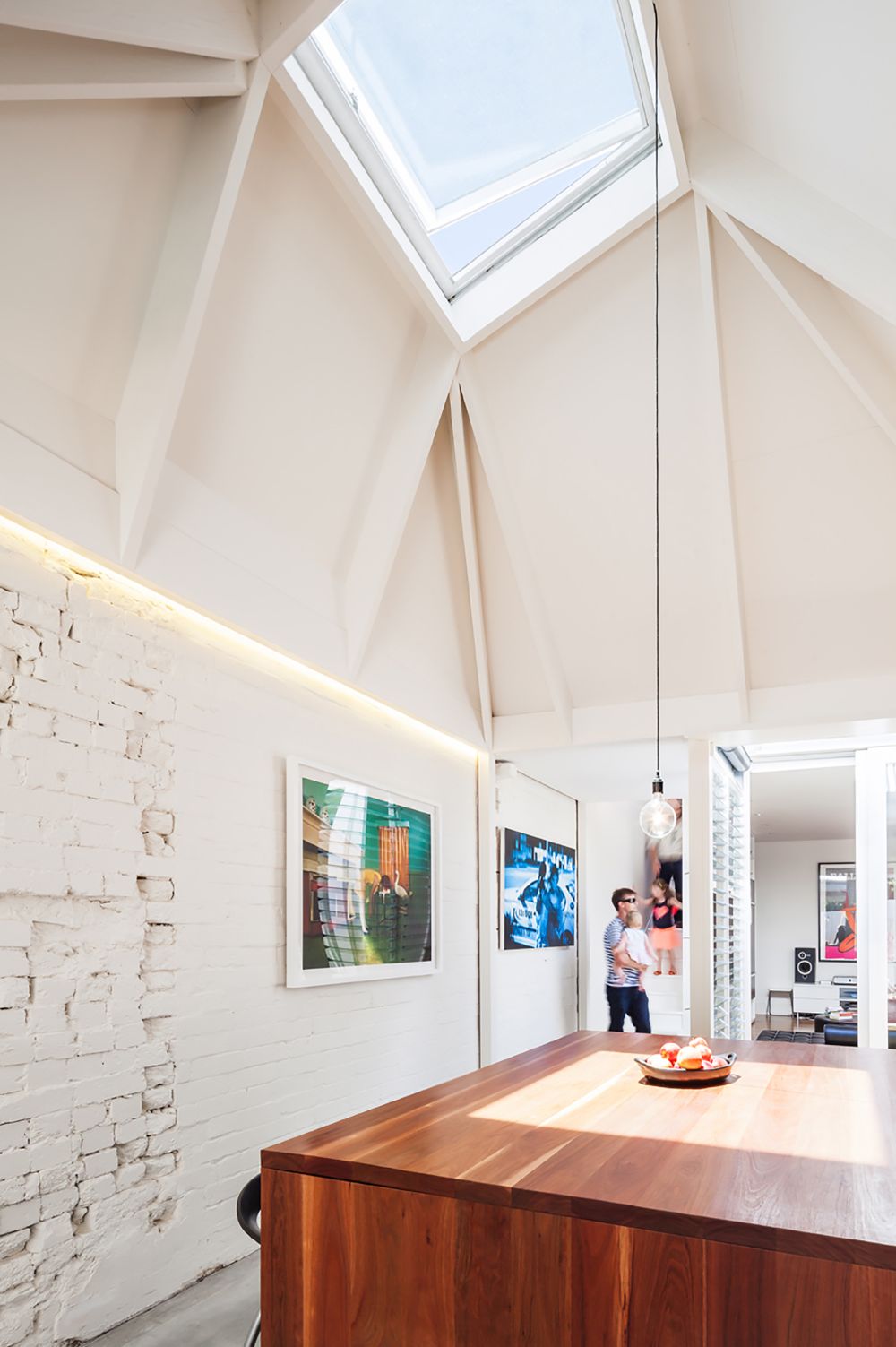 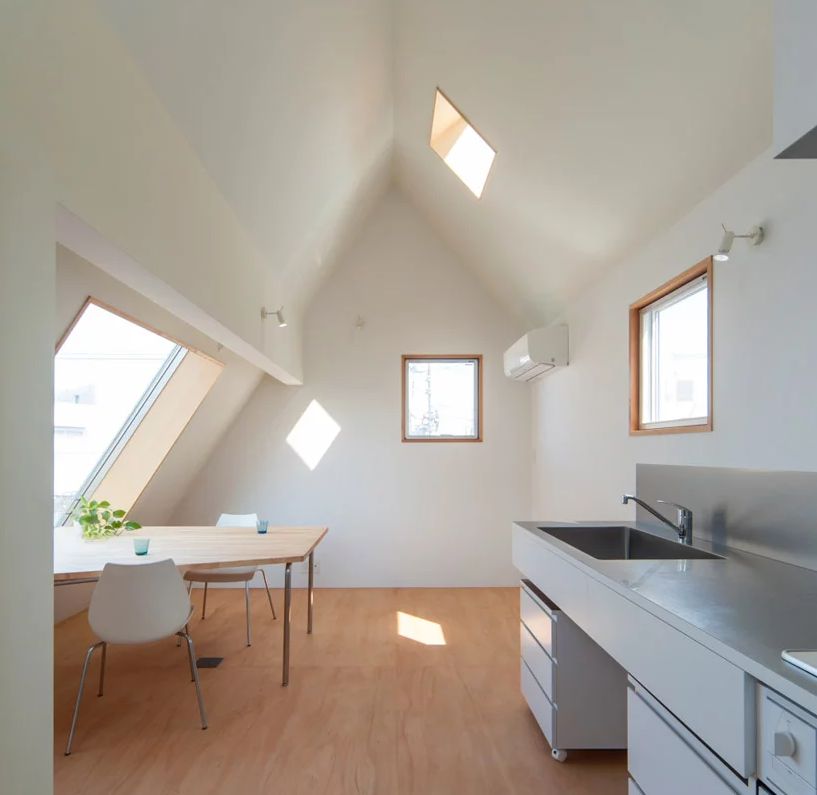 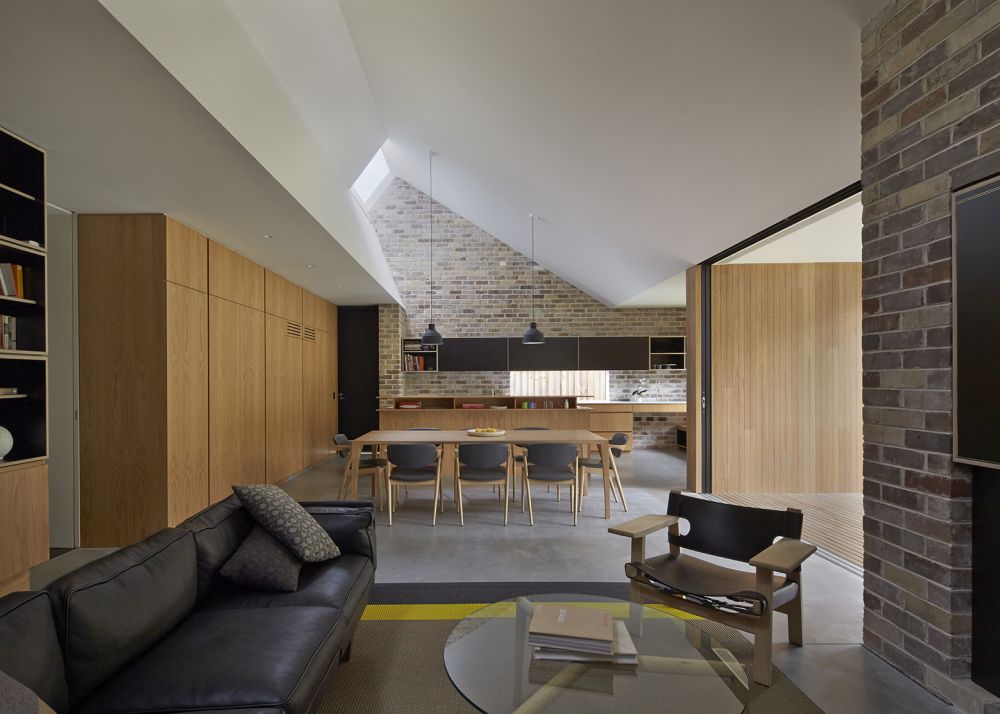 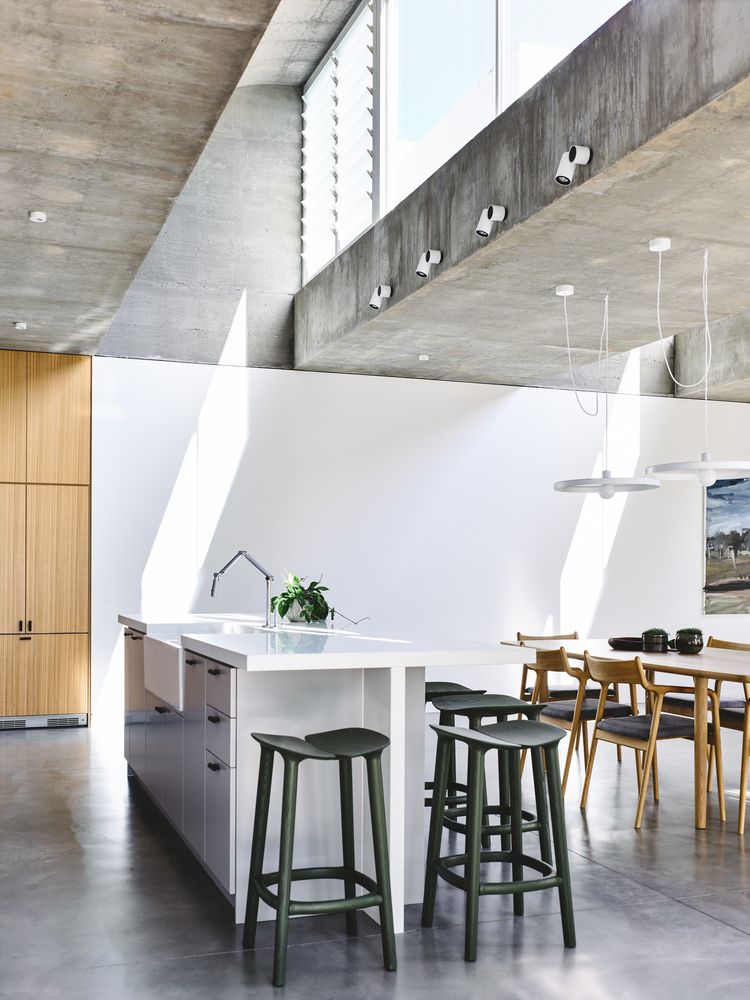 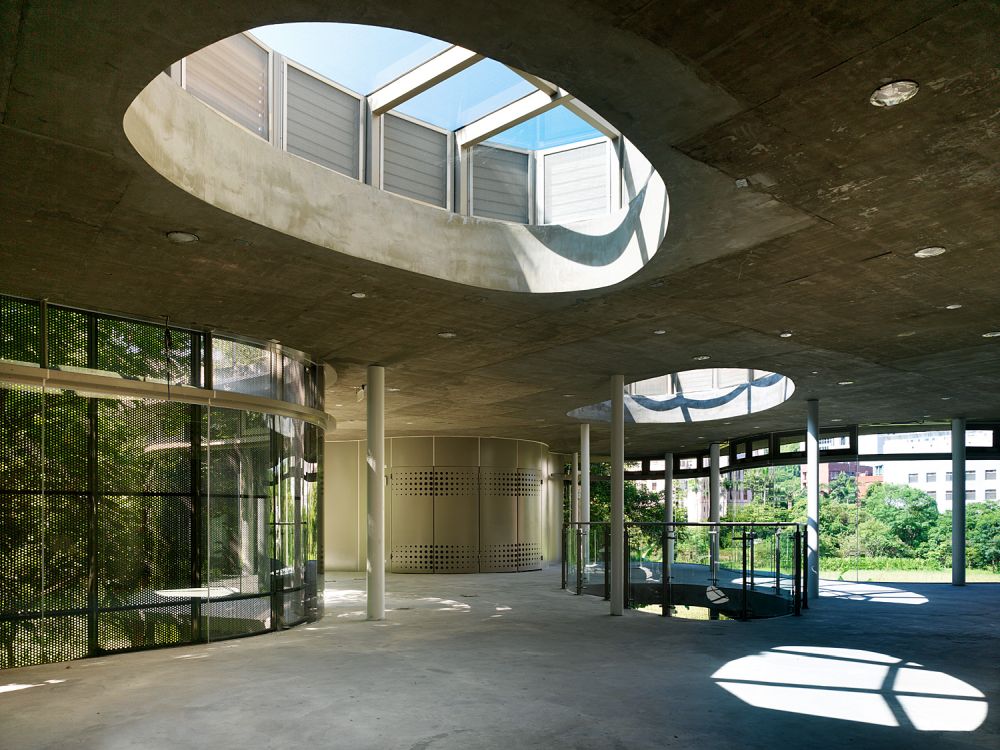 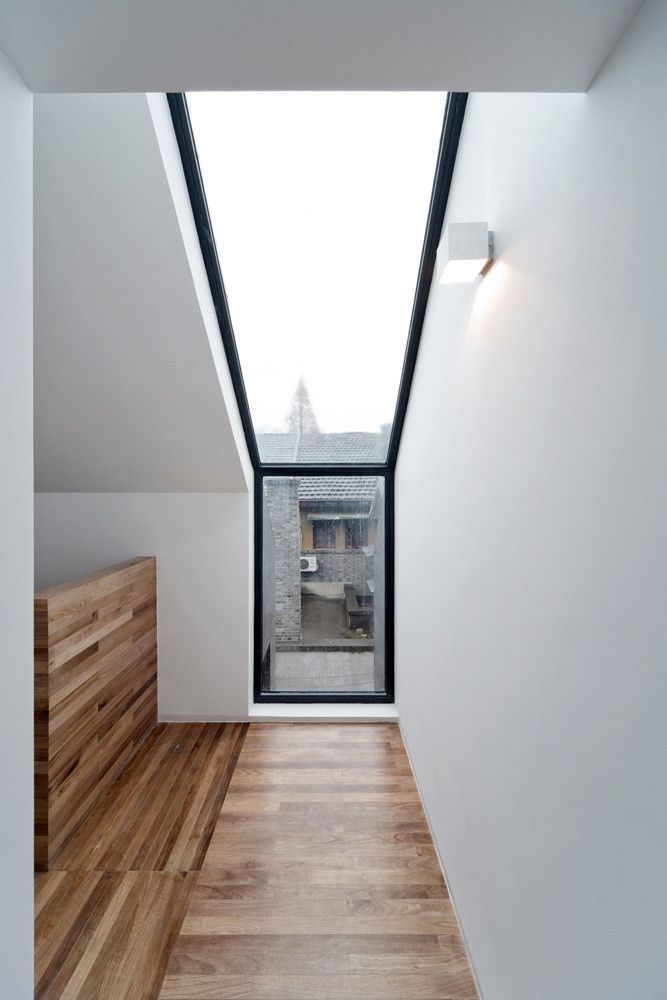 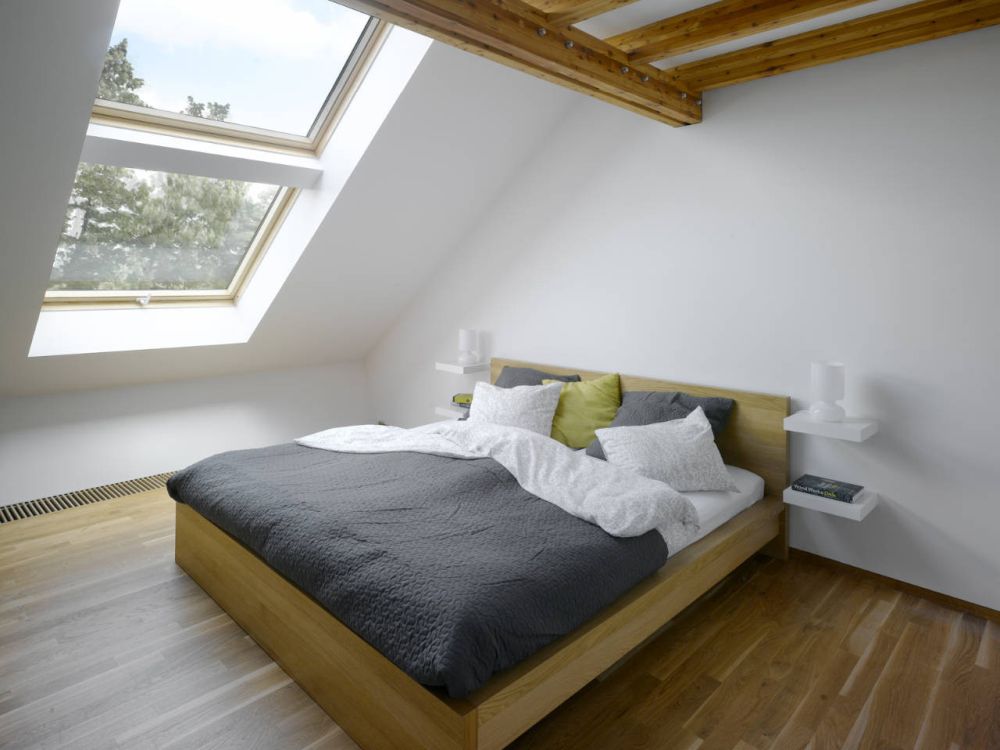 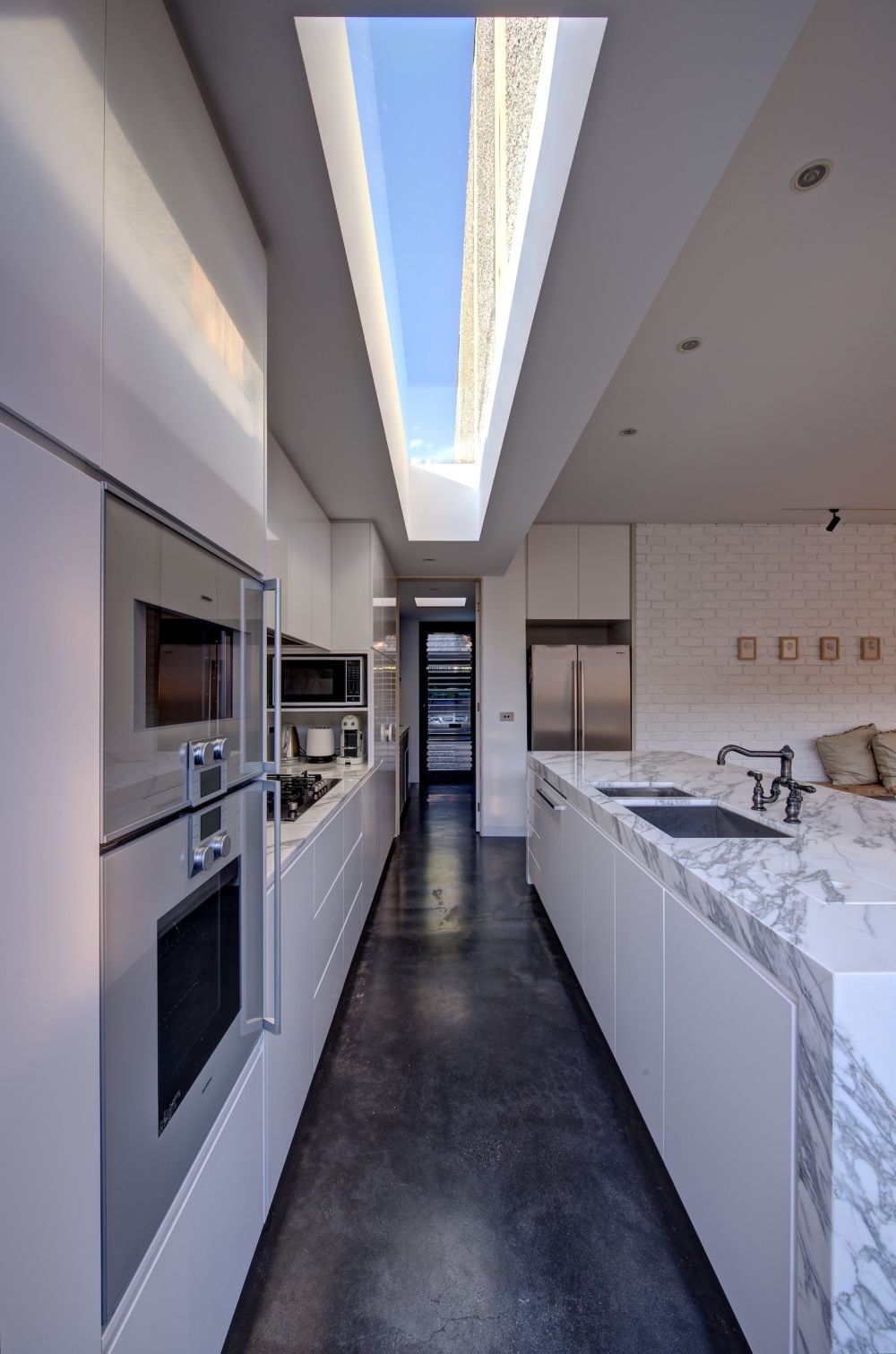 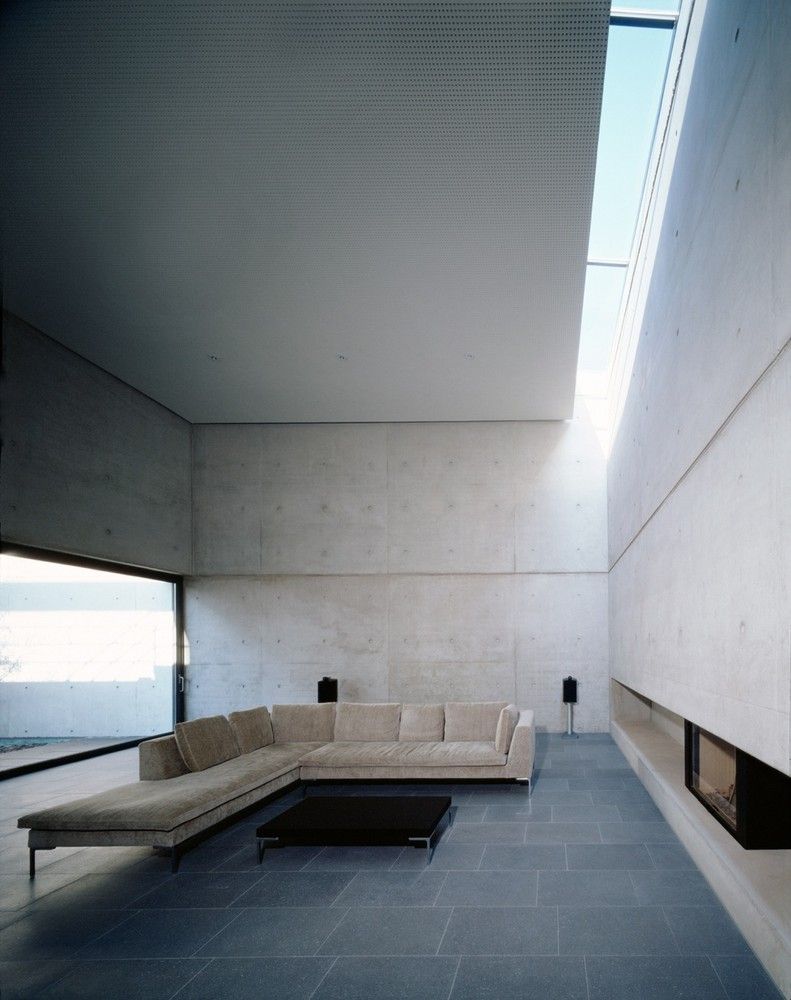 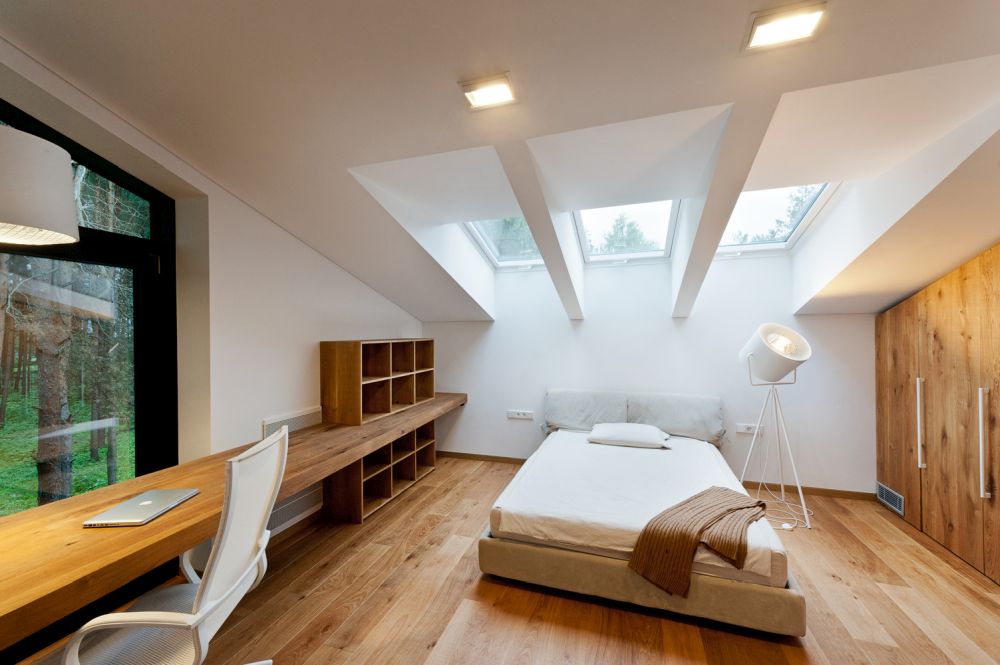 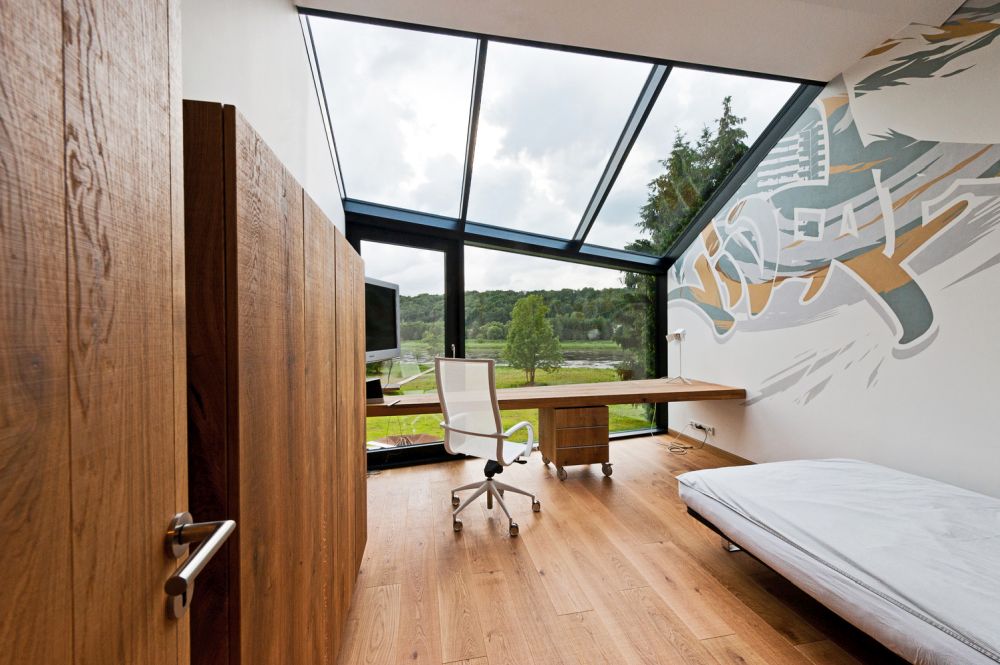 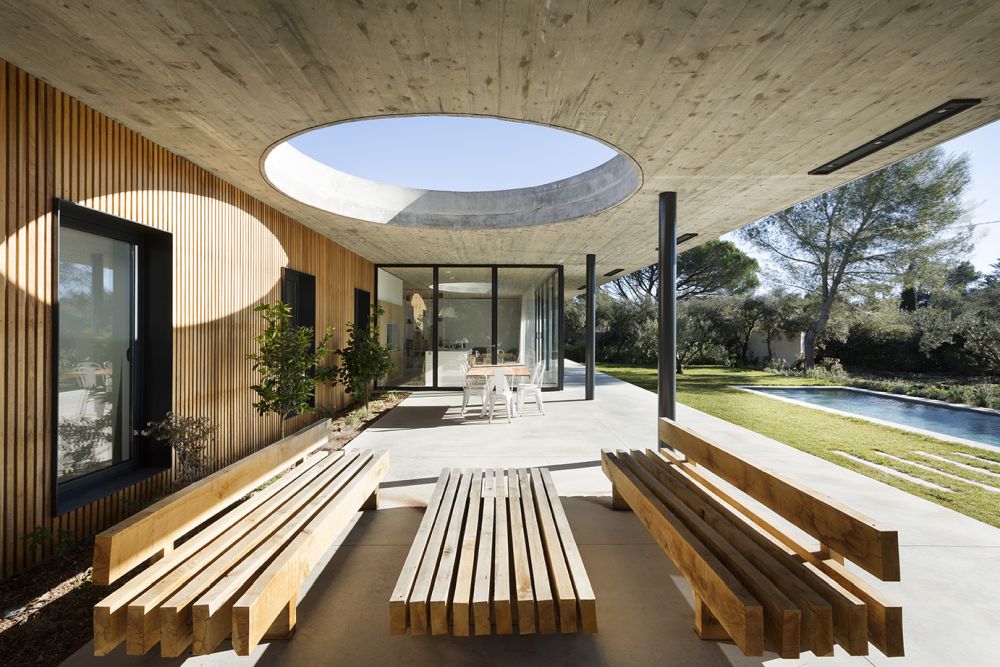 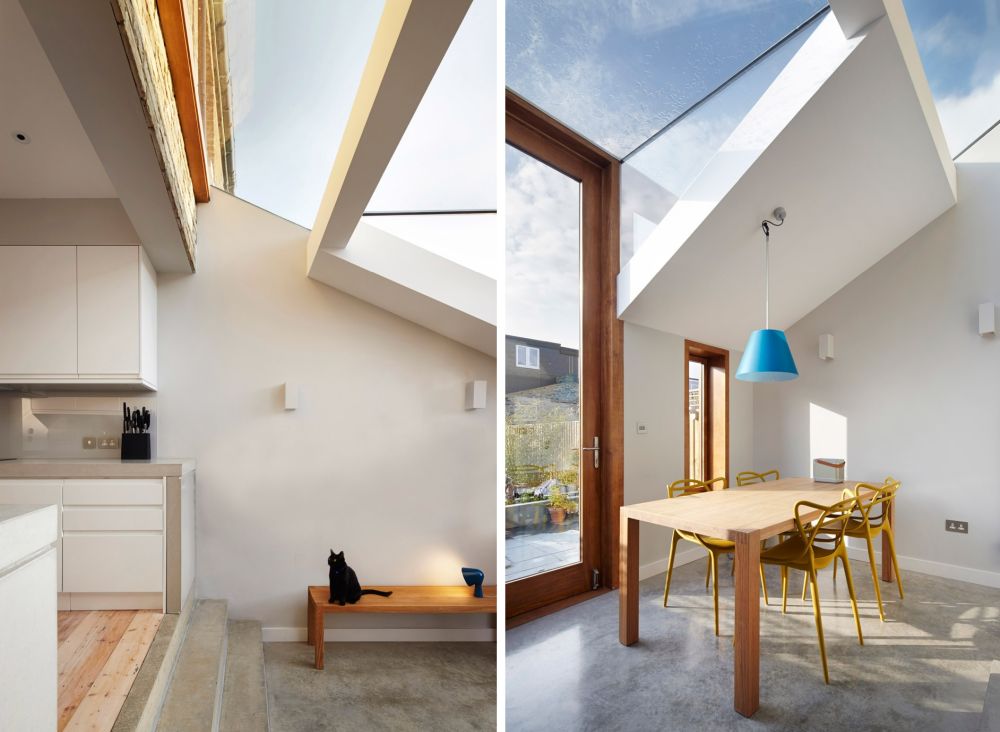 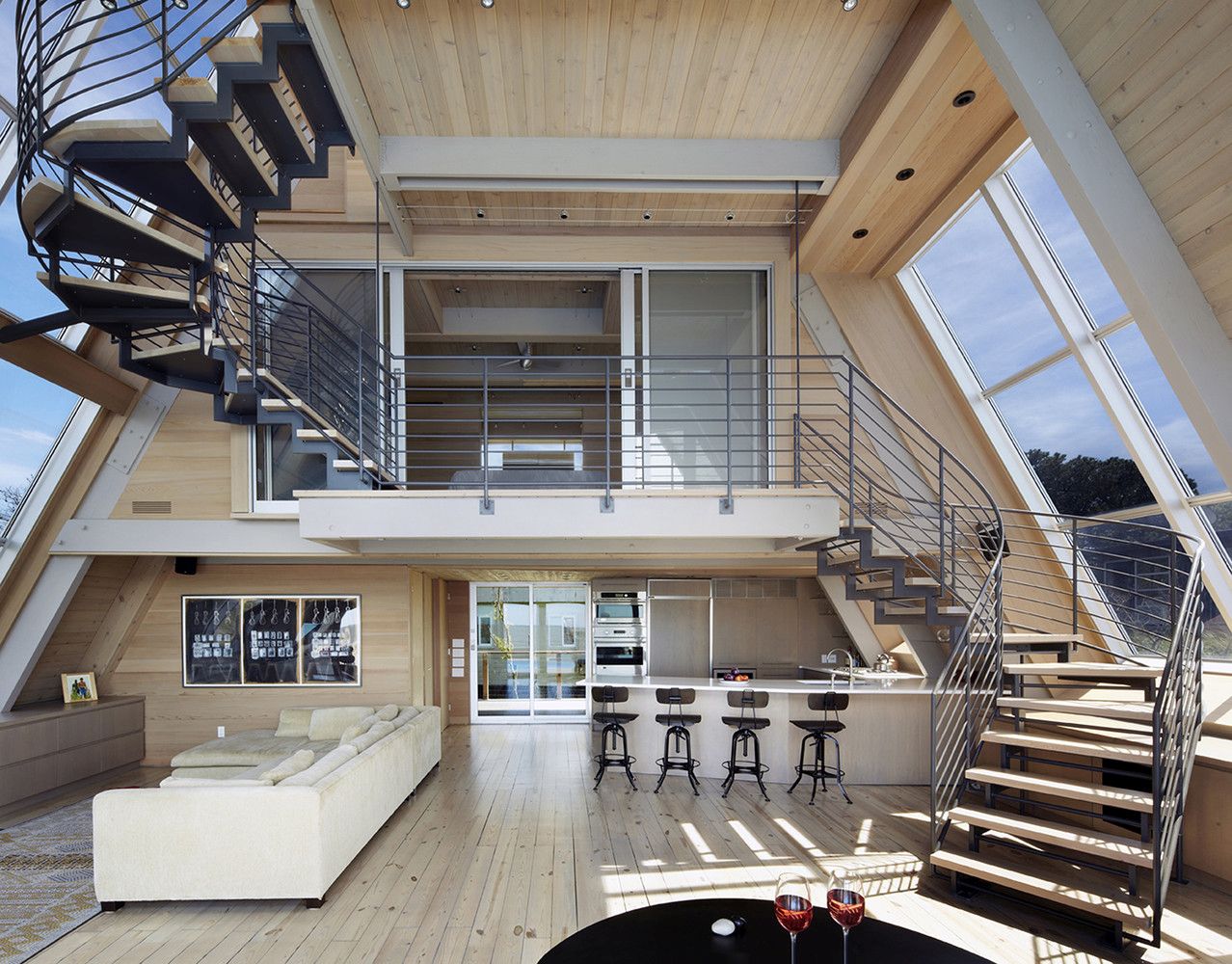 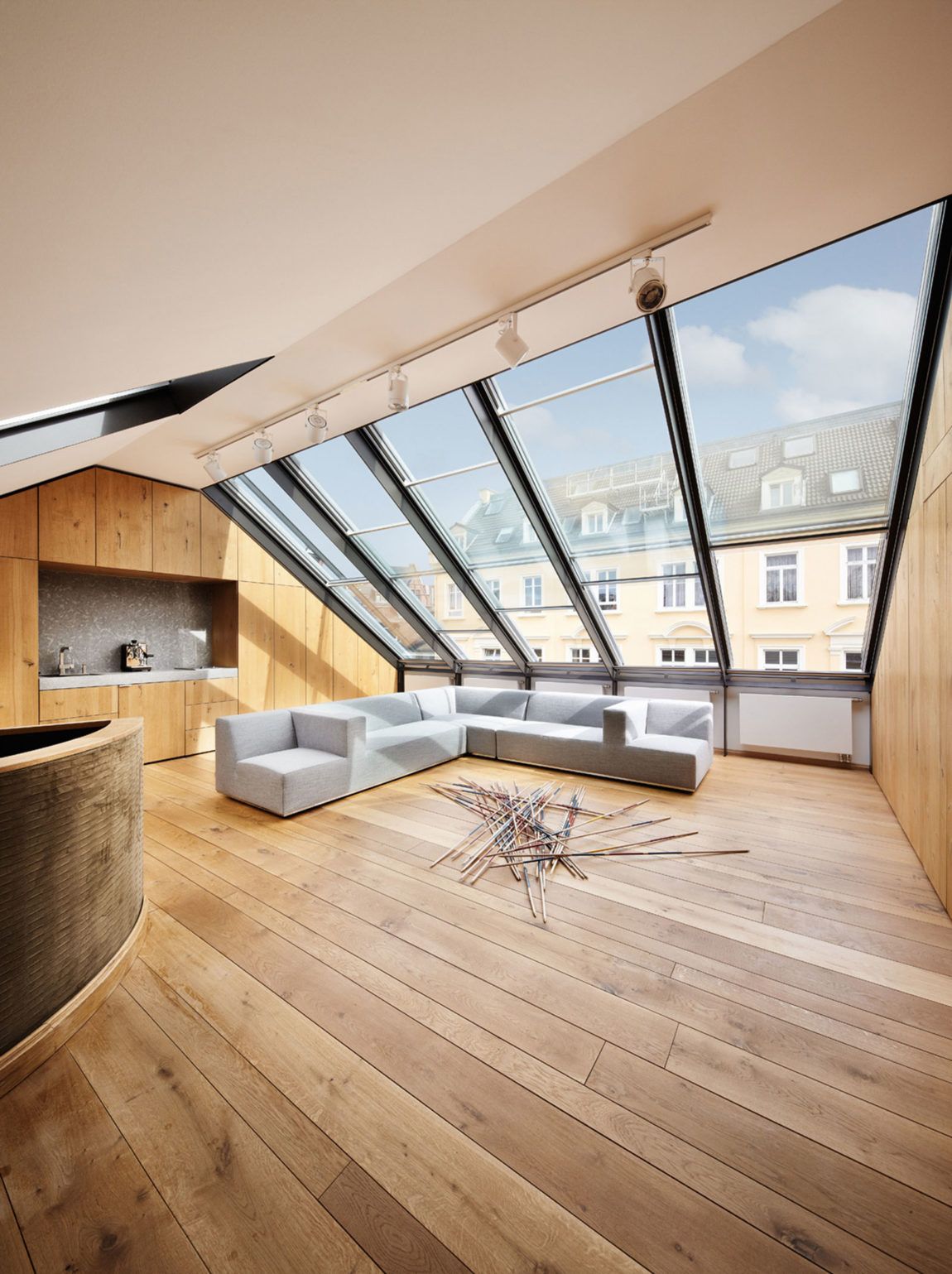 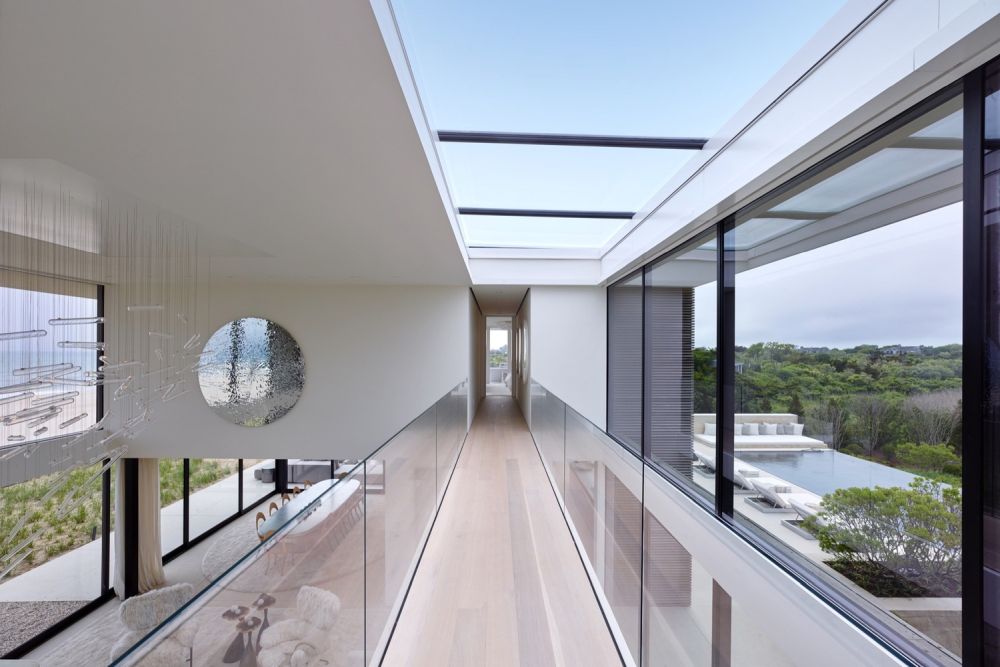 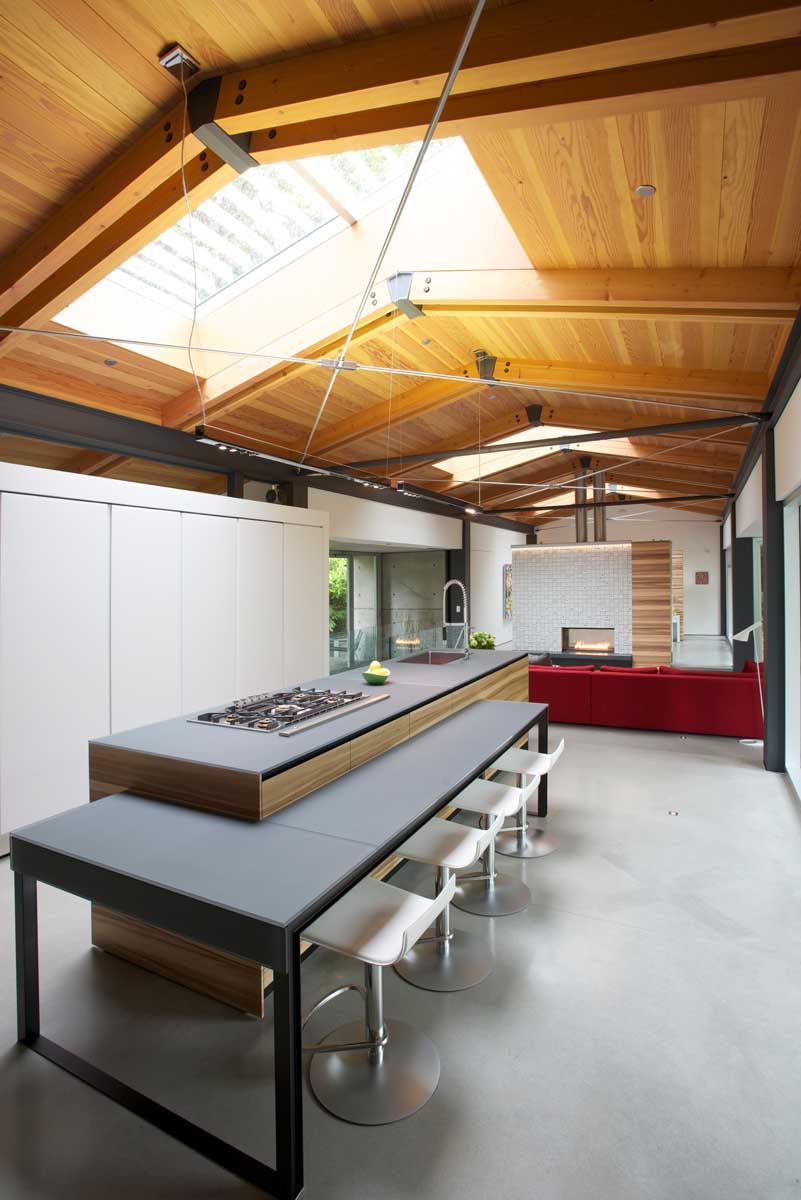 There are many different types of windows and skylights are among them. They’re sort of like regular windows installed into the ceiling or the roof of a structure, or so it would seem to the untrained eye. A skylight window is in fact quite special and not at all the same as a roof or ceiling window. First of all, it’s important to know that skylights are fixed into the roof line and don’t open, as opposed to roof windows which do open. That means skylights can’t always be considered replacements for regular windows, at least not in all senses. Also, you should keep in mind that there are a ton of different designs to choose from when it comes to skylight windows

In the design created by NatureHumaine for a residence in Outremont, Montreal you can see how the skylight allows sunlight into the space and how the light shaft below it lets the light go down into the lower spaces. It’s a perfect combo.

Isn’t it mesmerizing how these skylights fan out and illuminate this stylish and spacious living space? This is a strategy chosen by Nick Bell Design for the new extension of a house located in Sydney, Australia.

You can think of this as a single, super long skylights right at the center of the pitched roof or as a set of several small skylights arranged in a row. Either way, the effect is spectacular. This is a design done by Sexton Lawton Architecture for a residence located in Franktown, US.

One of the issues with skylight windows is that they’re usually always there, always letting light through. It’s close to impossible to install shutters. Of course, there are exceptions and one of them is this house from The Netherlands designed by 70F architecture.

Skylight windows are a great solution for bringing more natural light into a space, especially when the traditional windows on the walls are small or lacking completely. It’s even possible to bring light into the lower level of a house when the skylights are obviously installed on the top floor ceiling. That’s when light shafts do their magic. A cool example is this house from Japan designed by y+M.

In case you’re not decided where exactly to position the skylight in your home, we have a few suggestions. A kitchen skylight is pretty great since kitchens don’t usually have very large windows and you always need a lot of light in here. Similarly, the dining room could use one too. Check out this design by Carterwilliamson architects for inspiration.

The skylight windows along with all the other openings in this small house designed by takeshi and yuka komada serve to give the impression of more space and to extend the home out to the sky.

Andrew Burges Architects called this project The skylight House. Its skylight windows are not huge or very spectacular but they are an important element in the architecture and the design of the house, being the main source of natural light for the kitchen, dining room and living area.

The skylight windows designed by Architects EAT for this house from Kew, Australia are quite unusual. First of all, they’re not exactly skylights. Well, they do let you see the sky but they’re vertical, just like regular windows, just on a higher level.

The indoor and the outdoor overlap harmoniously and the large, oval skylights have a lot to do with that. This is a cultural pavilion located in Taipei and designed by Emerge architects & associates.

This is a house from Nanjing, China. It was designed and built by AZL architects and it’s mostly a concrete box. There is, however, a very special detail about it. The house has a slit in it, a continuous line of narrow windows which start from the roof and end at the bottom of the house, at one point switching from vertical to horizontal.

There are many cases when a skylight window can make a huge difference in both the design and the ambiance of a space. For example, a loft bedroom like this one would seem and feel quite small and claustrophobic if not for this window. Luckily, architect Dalibor Hlavacek was quite inspired when designing the house.

Long and narrow kitchens are not exactly inspiring. They’re quite challenging when it comes to design and there’s not much you can do to make them stand out in a good way. Architect Jessica Liew however found a way. The idea here was to give the kitchen and long and narrow skylight window that matches its layout and brings in light and a view of the sky.

Although it doesn’t look like much from the outside, this house designed by denzer & poensgen welcomes you into a world of passages, paths, courts and outdoor spaces connected together in intriguing ways and featuring a variety of different types of natural lighting. This living area, for example, has a skylight window that runs along the fireplace wall from one end to the other.

A workspace needs lots of natural light which is why it’s usually suggested that the desk be placed in front of a window if possible. But what if the space had a huge floor-to-ceiling window and on top of that a large ceiling window as well? It’s the combo chosen by ARCHISPEKTRAS when designing this charming retreat in Kaunas, Lithuania.

Circular skylight windows look like portals into another world. There’s something magical about them no matter where you place them or how big they are. In this case PASCUAL Architecte gave this open space a huge skylight which is not exactly a window per se since it’s only an opening into the roof.

Something about this space is quite surreal and it’s not difficult to guess what it is. This is an extension designed by studio Alma-nac for a house in London. The extension is clad in fiber cement panels and has awesome skylight windows and a huge pivoting door.

Bromley Caldari Architects designed an awesome A-frame house on Fire Island in the US which has a fully glazed facade and several windows on the side walls. These, in a way are skylight windows. They’re on walls but they’re slanted and the house has no ceiling.

When they redesigned a 19th century house from Germany, Güth & Braun Architekten and DYNAMO Studio  worked together to preserve the original character of the building and the same time to give it a modern touch. The new features include these large skylight windows.

Ceiling windows are, as you can see here, a perfect option is you’re trying to bring more natural light into areas such as hallways or other transitional spaces which don’t usually have windows. This is a design done by Stelle Lomont Rouhani Architects.

Some types of skylight windows are easier to install than others. Things usually get complicated when the window doesn’t fit between the beams or trusses of the roof and you have to make structural modifications. The ones featured in this Vancouver residence designed by DIALOG seem pretty approachable.