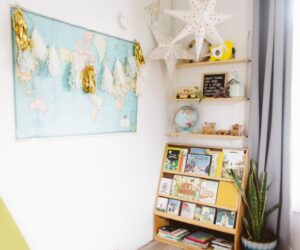 If you’ve never heard of cob, now’s the time to learn about it. This material, similar to adobe, and other natural masonry materials. Although it has a long history, it is still quite common and in use today.

Cob, also known as cobb or clom, is one of the world’s oldest building materials. This material is generally is generally made from subsoil, water, a fibrous organic material (like straw), and sometimes lime (the mineral, not the fruit).

Cob is fireproof and resistant to earthquake damage. It is very inexpensive to make but requires a lot of work to construct. Think of it as nature’s concrete. Cob is eco-friendly, bio-degradable, and a valid building material.

The term cob wasn’t widely used until the 1600s. But the material has been used since prehistoric times. The word cob is roughly translated from many languages into “beat or strike.” This makes sense as it is how the cob is applied.

In Afghanistan, the word “tabya” is used to describe cobwork. Although it is used in many climates from New Zealand to the United States to Africa. Historically, cob walls are about two-feet thick, which insulates the home well.

With the invention of brick and other similar building materials, the popularity of cob has faded. But in off-the-grid homes and third world countries, cob homes are built every day due to the readily available ingredients.

The Difference Between Cob And Adobe

Many people confuse adobe and cob. Adobe may be just as old as cob, but it is a different material. Both are clay-based and very similar. However, adobe is made into bricks that are stacked together.

On the other hand, cob is a free-hand material, with houses being sculpted by an artist. So, in a way, adobe is made of cob, but cob is not made of adobe. Both adobe and cob have middle-eastern backgrounds.

Every building material has pros and cons. Cob is no different.

How Much Does Cob Cost?

If you have the materials on your property, then cob can be free. All you really need is good subsoil, water, and straw, or other fiber. For windows and doors, you can use recycled glass or wood. Some people even build thatch roofs.

Since not all areas have subsoil, straw, and lime readily available, keep in mind that it can be purchased. Here are the materials you may need to make cob and how much they cost to buy and deliver.

A large bale of straw will set you back about $50-100. This type of bale is around 4-ft long by 2-ft wide. You won’t need much more than a couple of these, so the total price is still affordable even if you buy.

Water is very cheap. Even if you have a truckload delivered if you don’t have access to any water at your property, you won’t be paying much. Worse case-scenario, you pay a couple hundred for a delivery fee.

You can buy granulated lime for $25 a ton, which is way more than you need for any house. So you hardly have to count the price for lime as it will be minuscule compared to other costs.

This is by far the most expensive part of building a cob house. If you hire laborers, you will definitely be paying thousands of dollars. More than you’d pay for labor on a standard house due to the difficulty of using cob.

Can I Build My Own Cob House?

The short answer is yes. Although things are always easier with an expert, cob can be built by anyone. As stated, you may be able to get the materials off of your own, or a friend’s, property. If you do this, you are already halfway there.

Cob is considered an off-the-grid home. Before planning your new cob building, contact an official to make sure that you know the codes. You can look up the number for the government officials who know the city code in your area.

Draw up your plans, taking time to consider the practical side. It’s a good idea to have an expert look over them. But if you can’t find one, any architect can point out any red flags that you may not notice.

Finding a spot is easier said than done. Although cob is forgiving, it’s important to make sure the land is as flat as possible. If there are a few hills, building a frame may be better than trying to work with the cob alone.

Many people prefer to lay a non-cob floor under the cob top layer. However, this isn’t necessary. You can create a cob foundation using boards to frame it. The boards can then be taken off after the cob dries. The cob needs to dry completely before you move onto the next step.

The exact mixture ratio depends on your climate. You want the cob to be thick, textured clay. You will probably want to stomp the cob. The water and soil go in first. You can mix that up well. Then, after you feel you have the texture you want, you can add straw and mix it in gently.

Using one scoop at a time, apply the cob to the foundation where you want walls to be. Make sure you leave openings for doors and windows. If you’ve worked with clay before, this should be easy. You need to be gentle, letting the clay naturally form.

As you add layer after layer, make holes in the cob so that the next layer will have something to attach to. You may only be able to get about a foot or two done each day. The larger the crew, the faster it will get done. Just remember never to rush it.

The best part about cob is that there are no rules. Build it how you want. You can build shelves, closets, and stairs into your cob home. You can make holes for fireplaces or leave one, big, open room. It’s all up to you. This is your chance at an eco-friendly artistic expression.