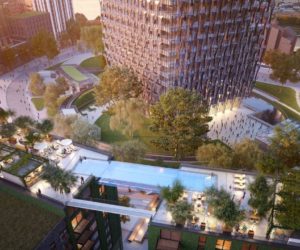 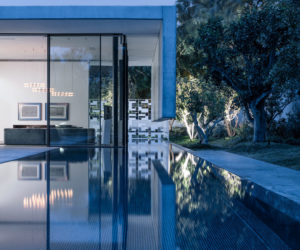 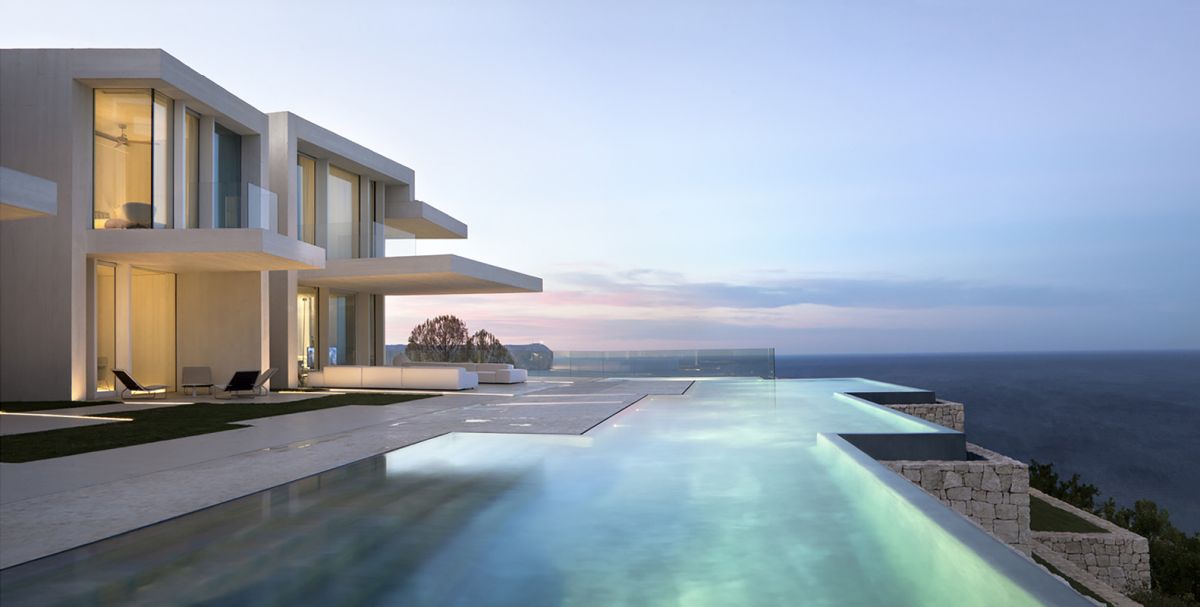 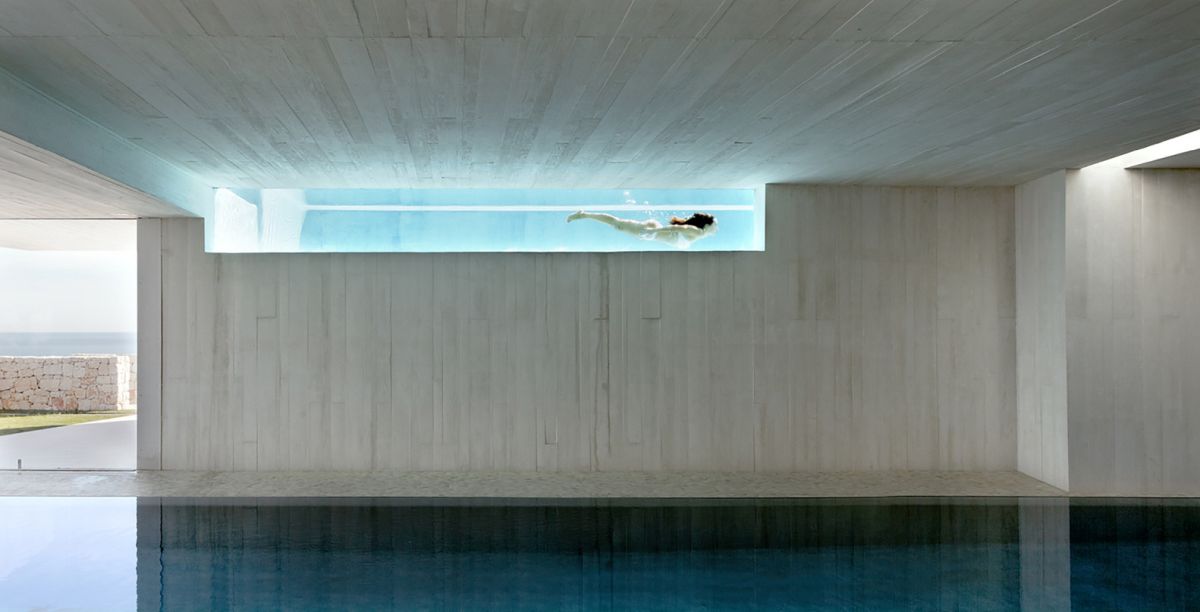 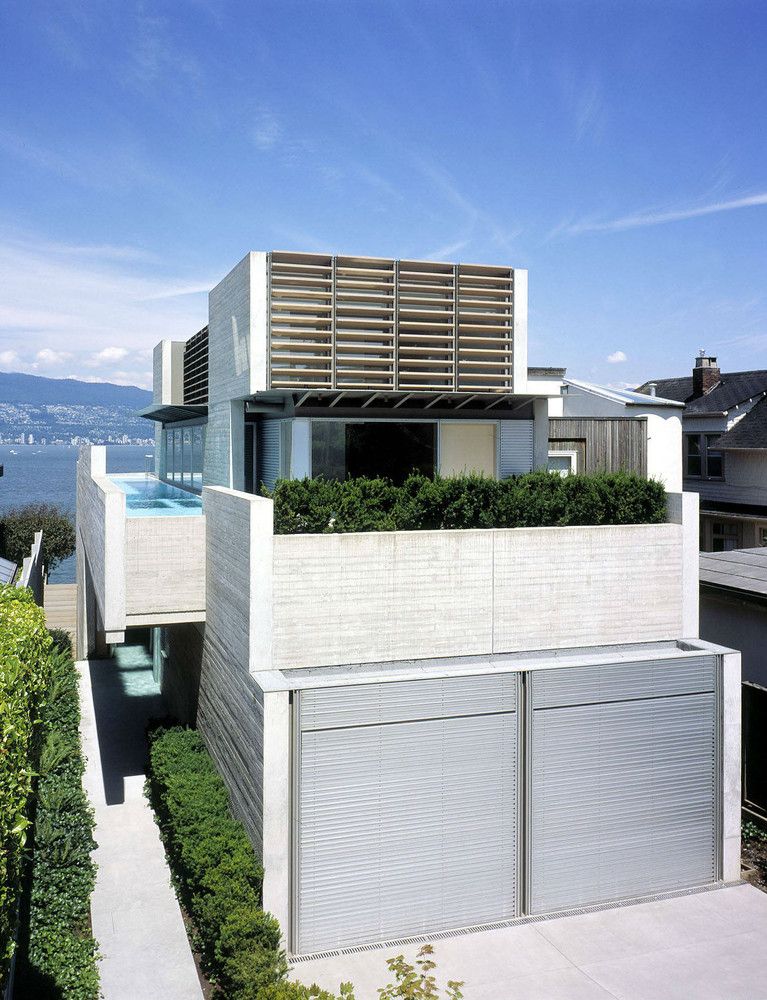 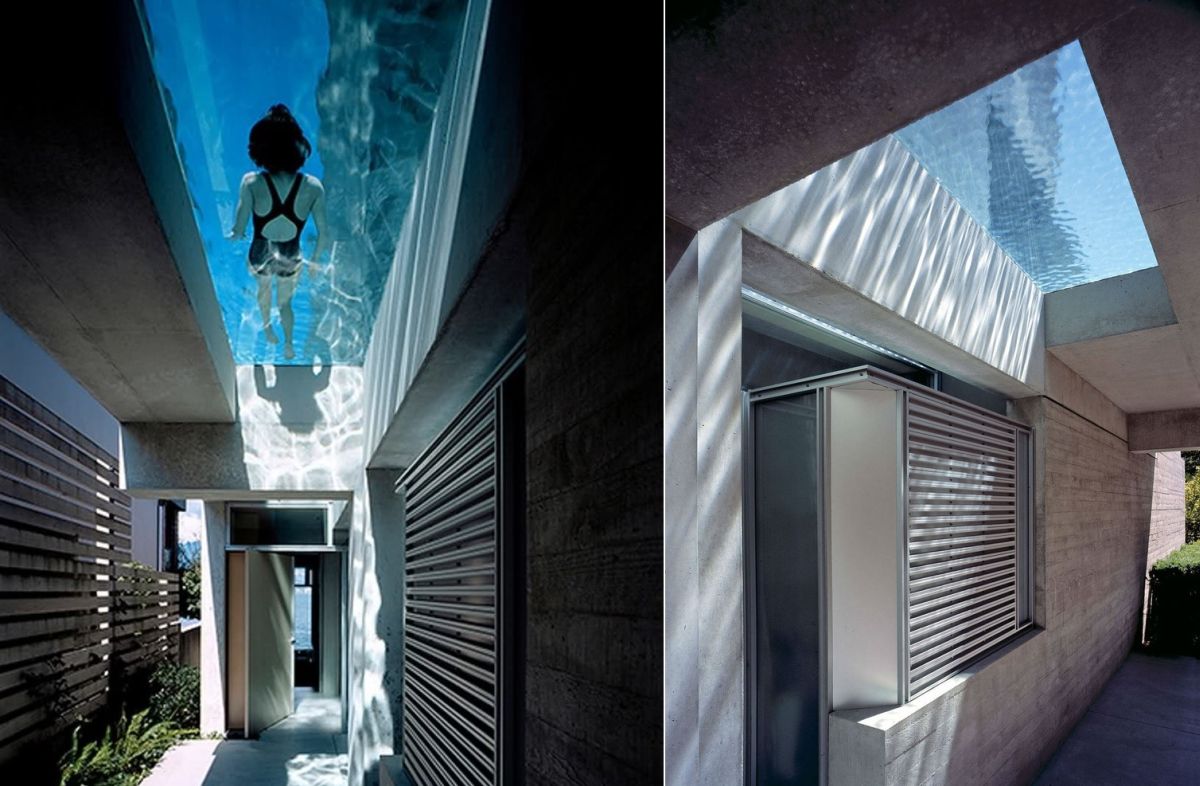 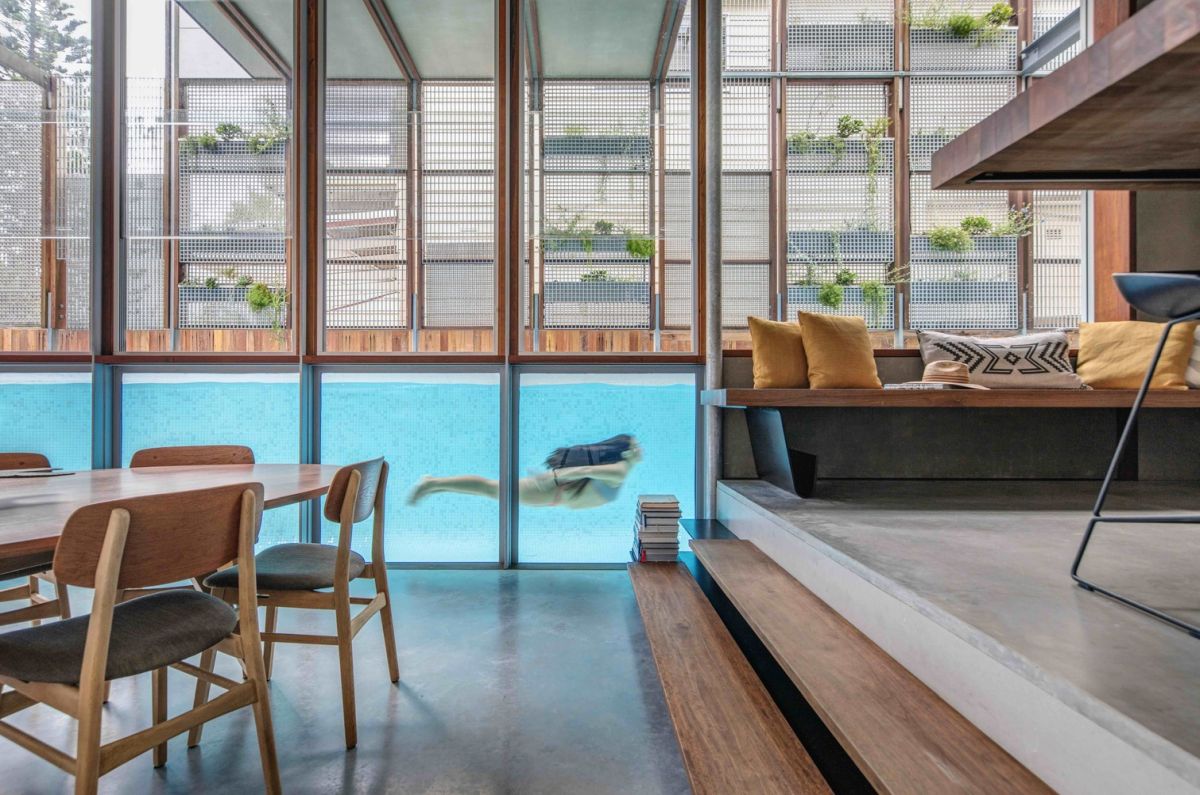 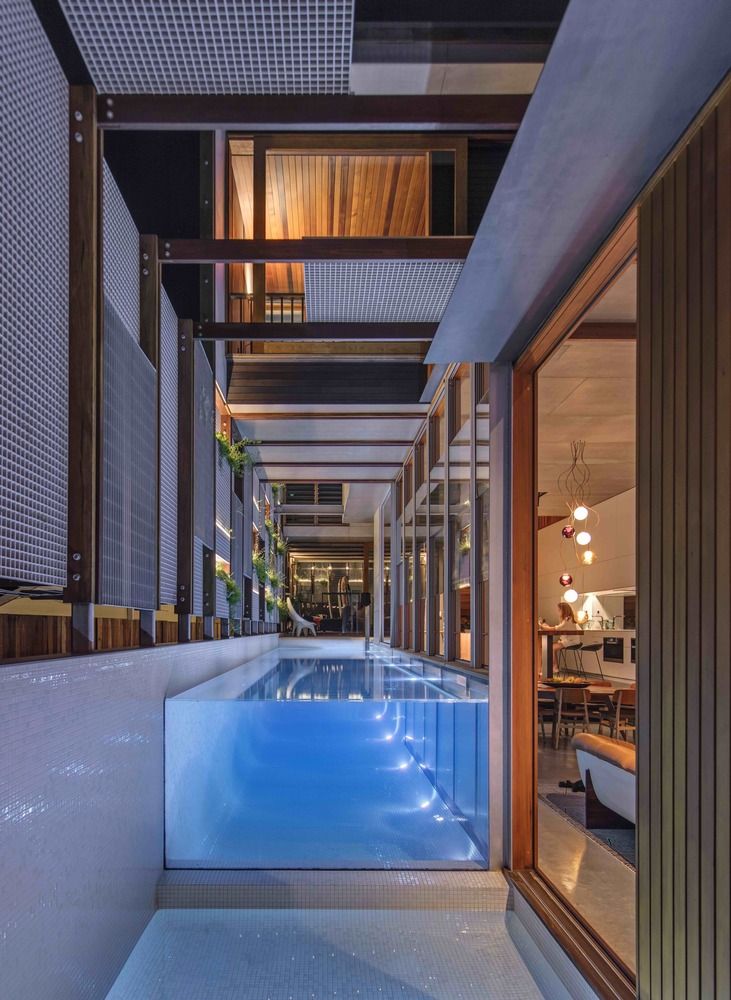 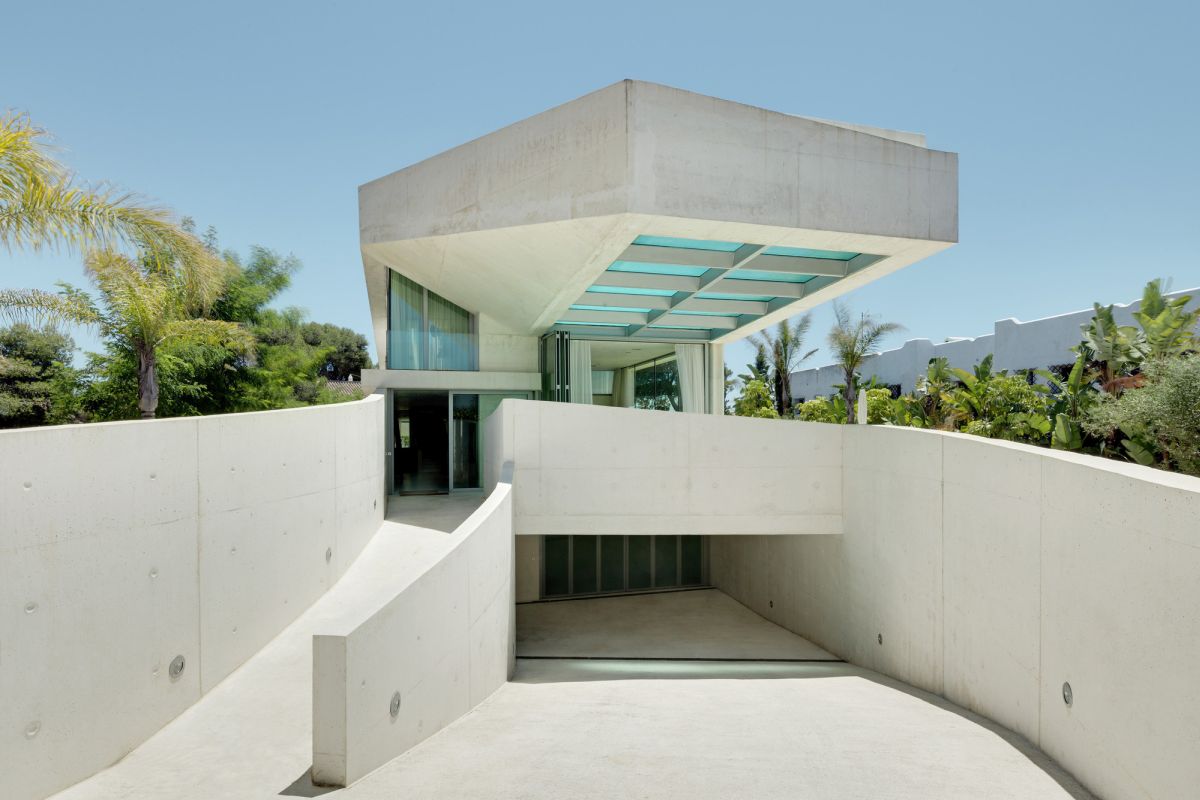 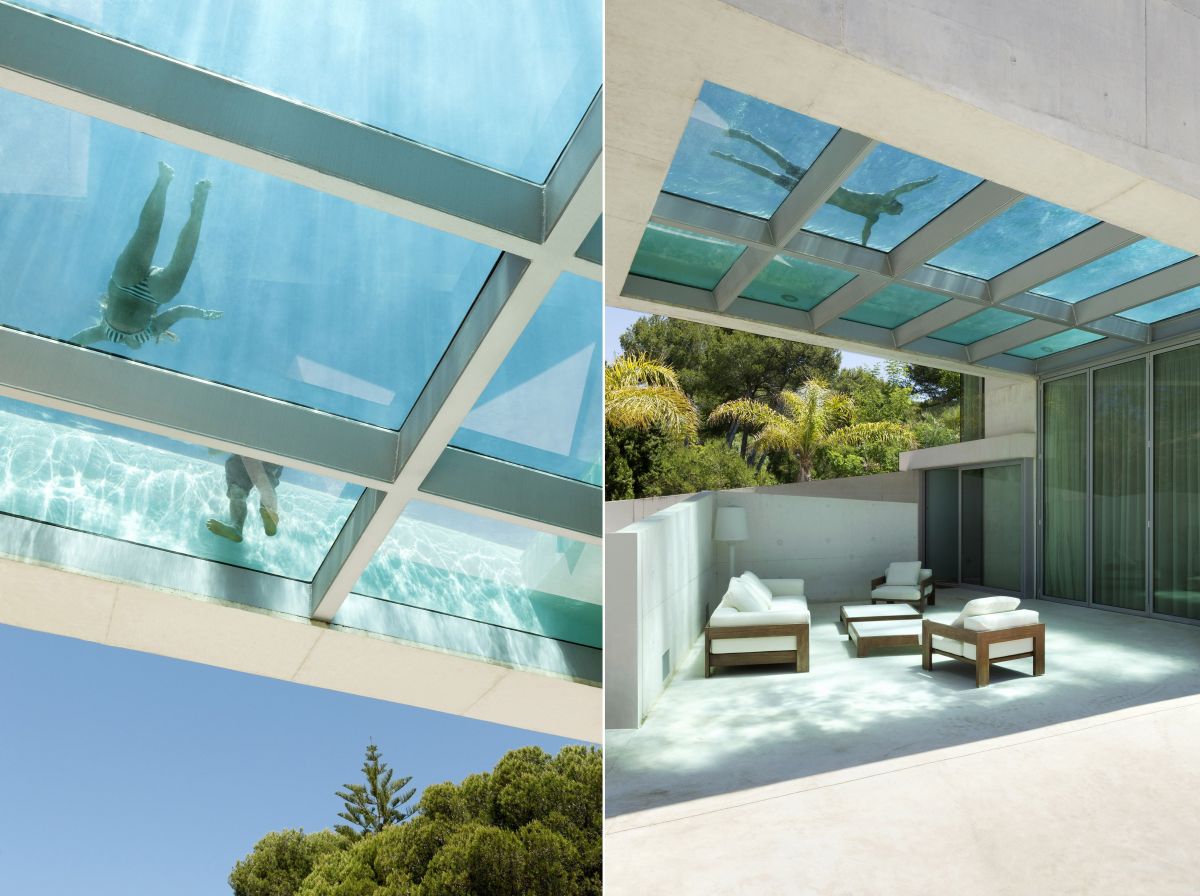 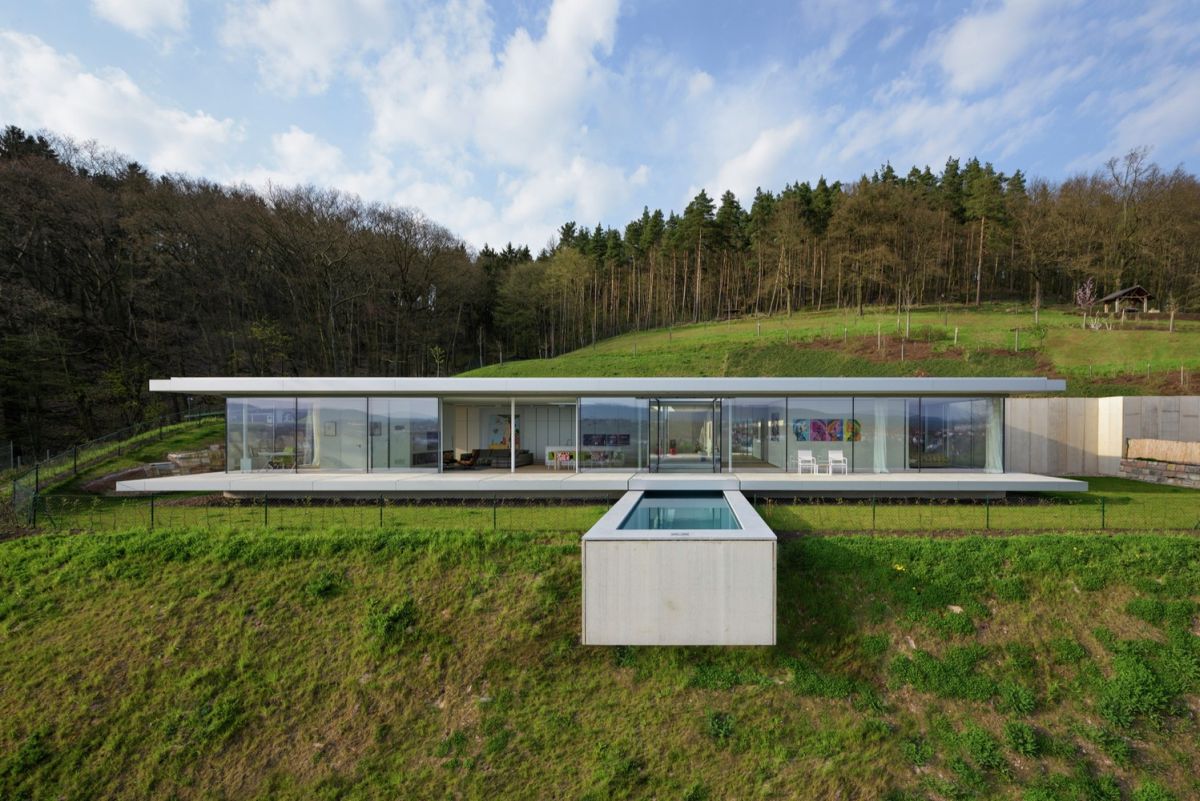 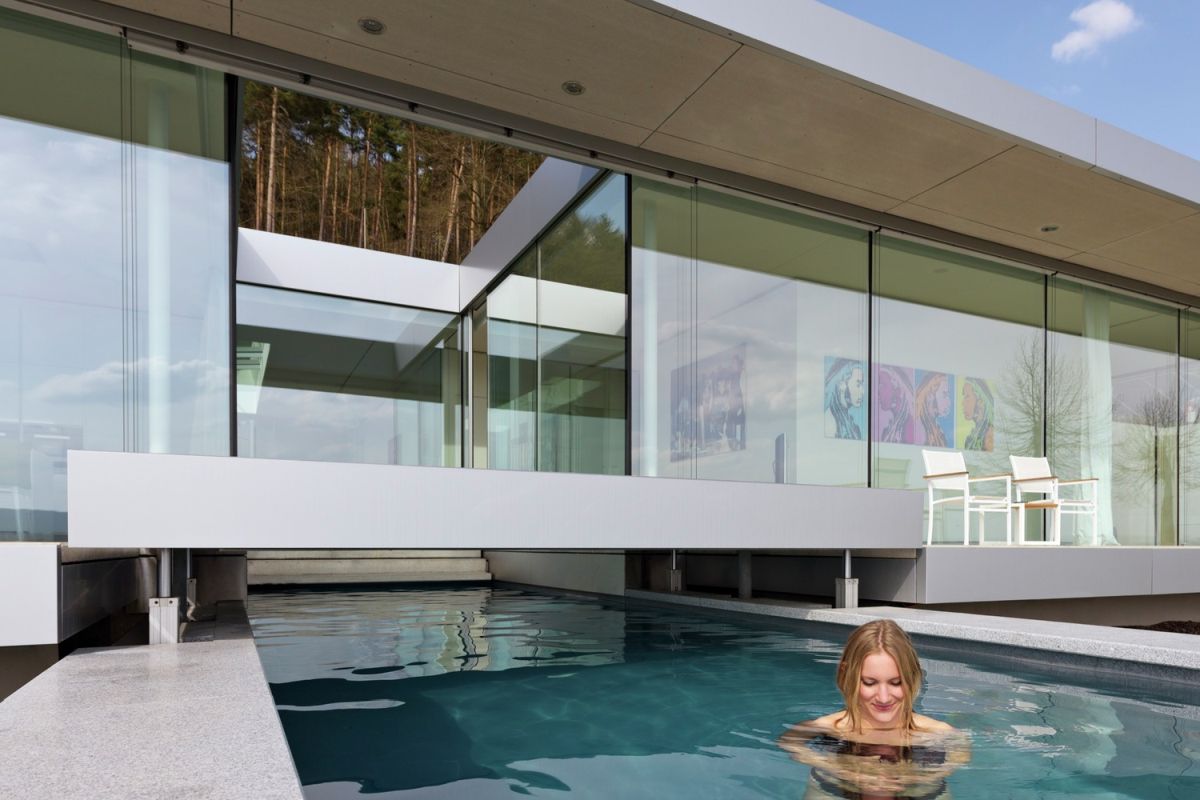 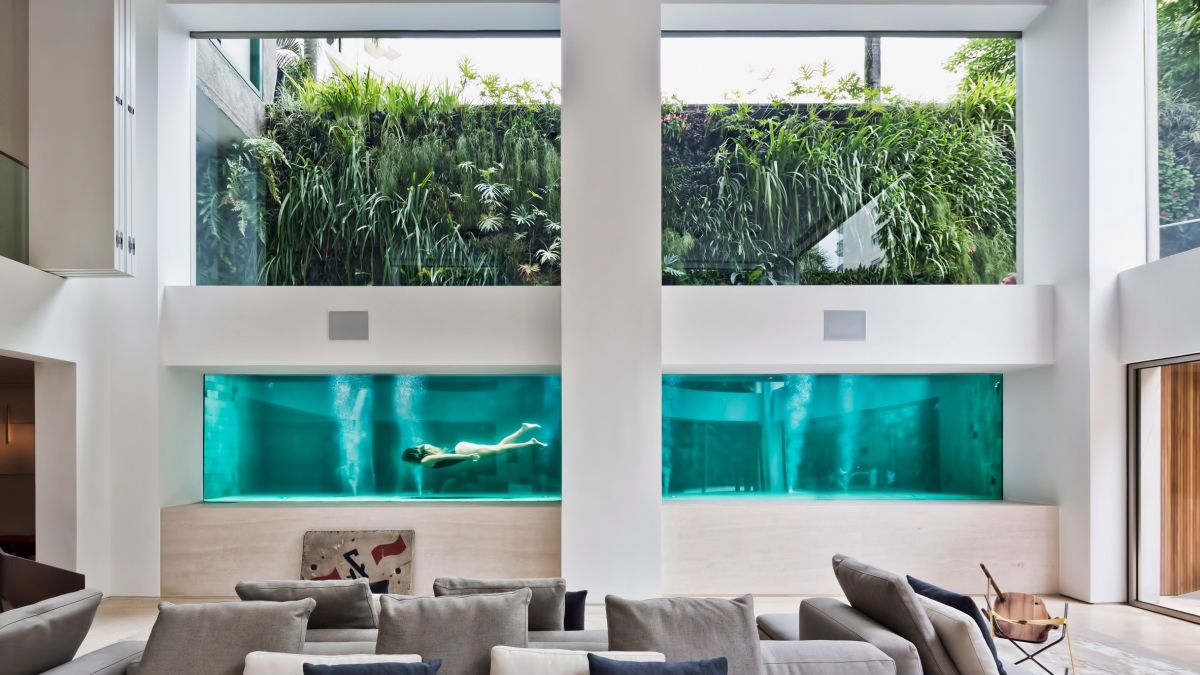 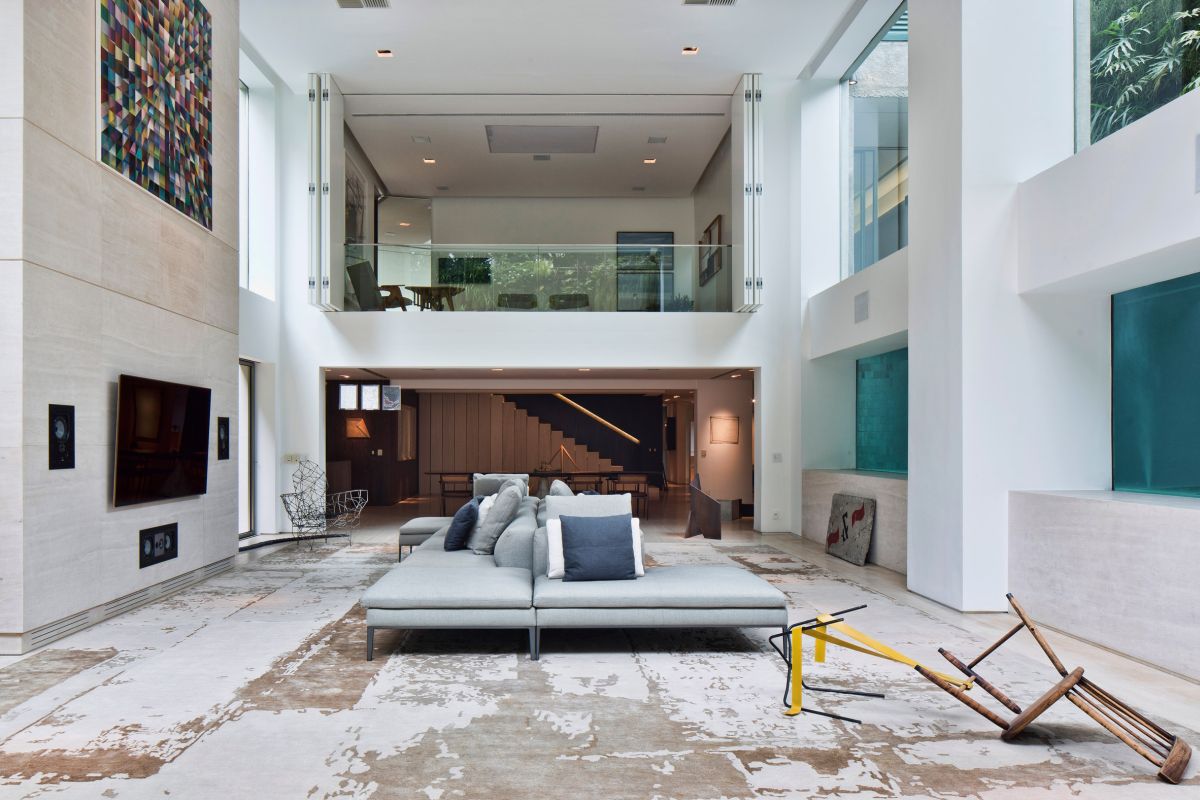 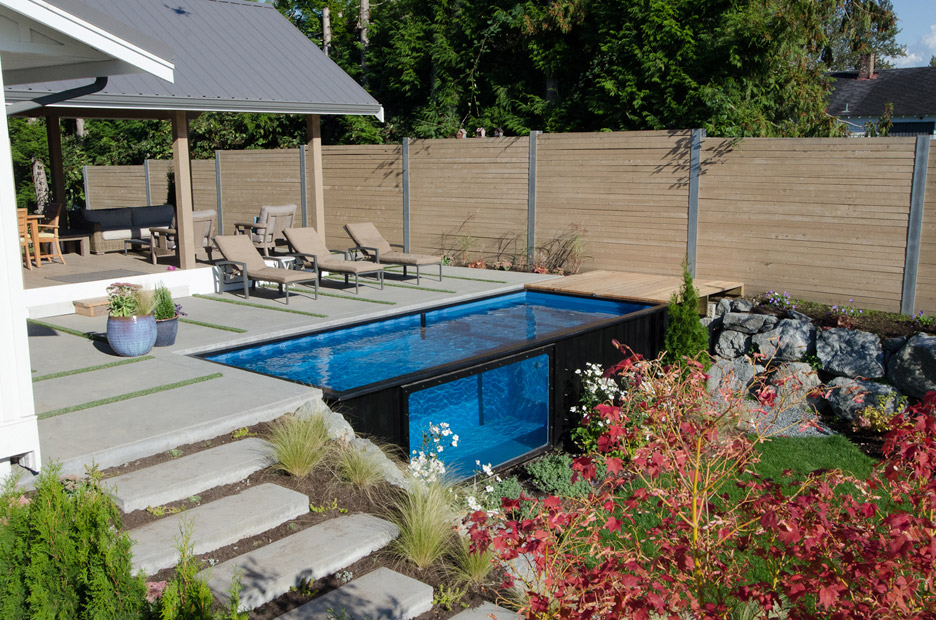 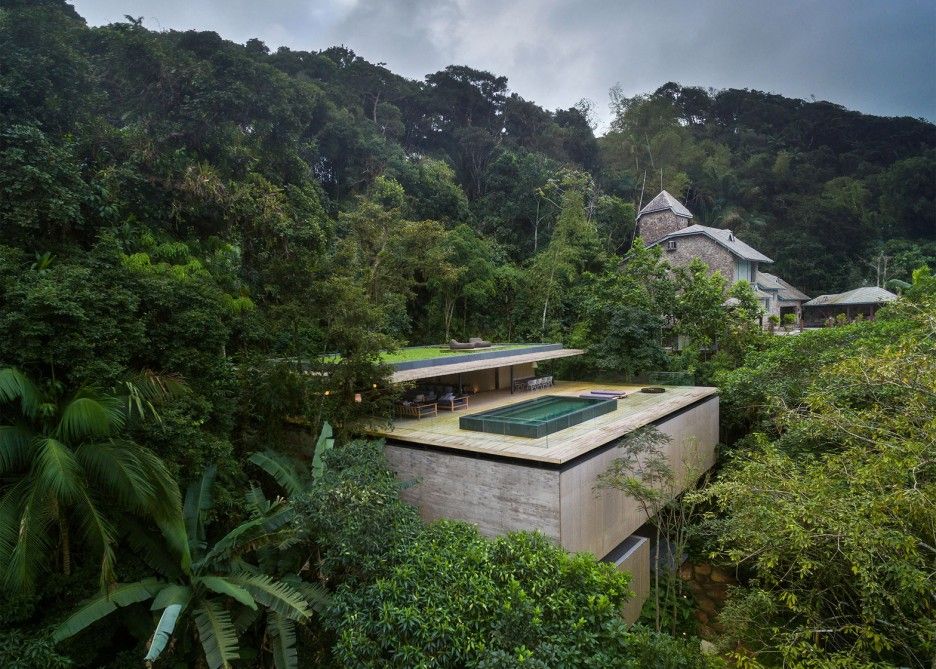 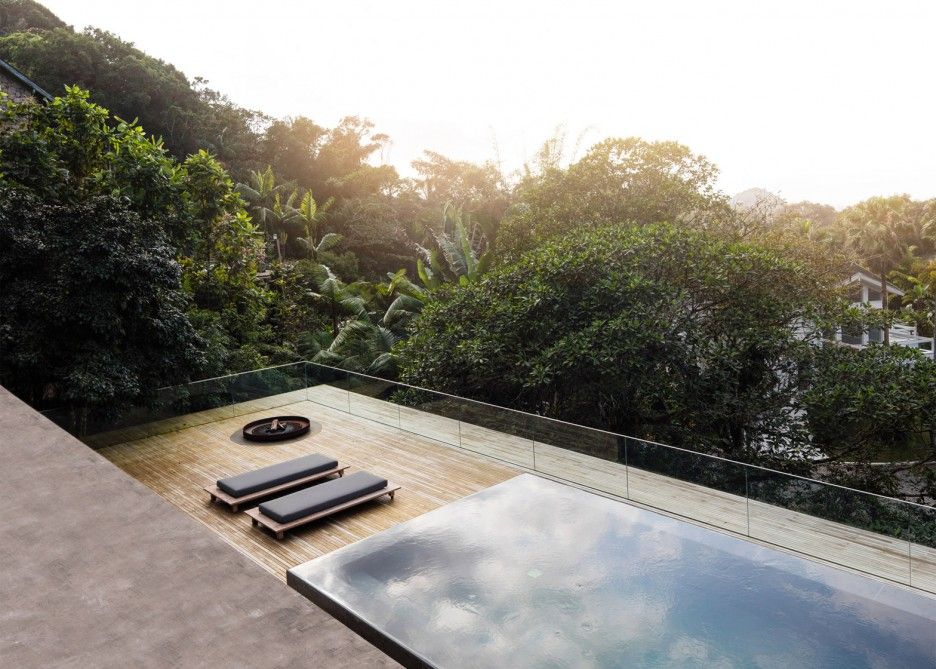 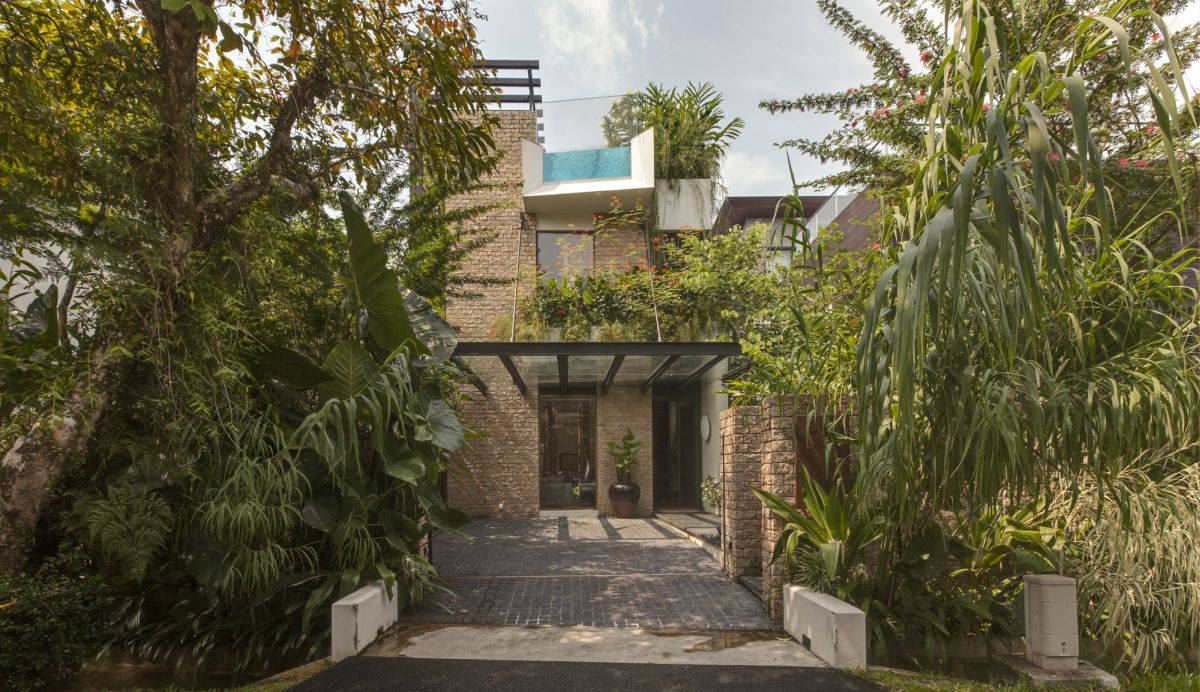 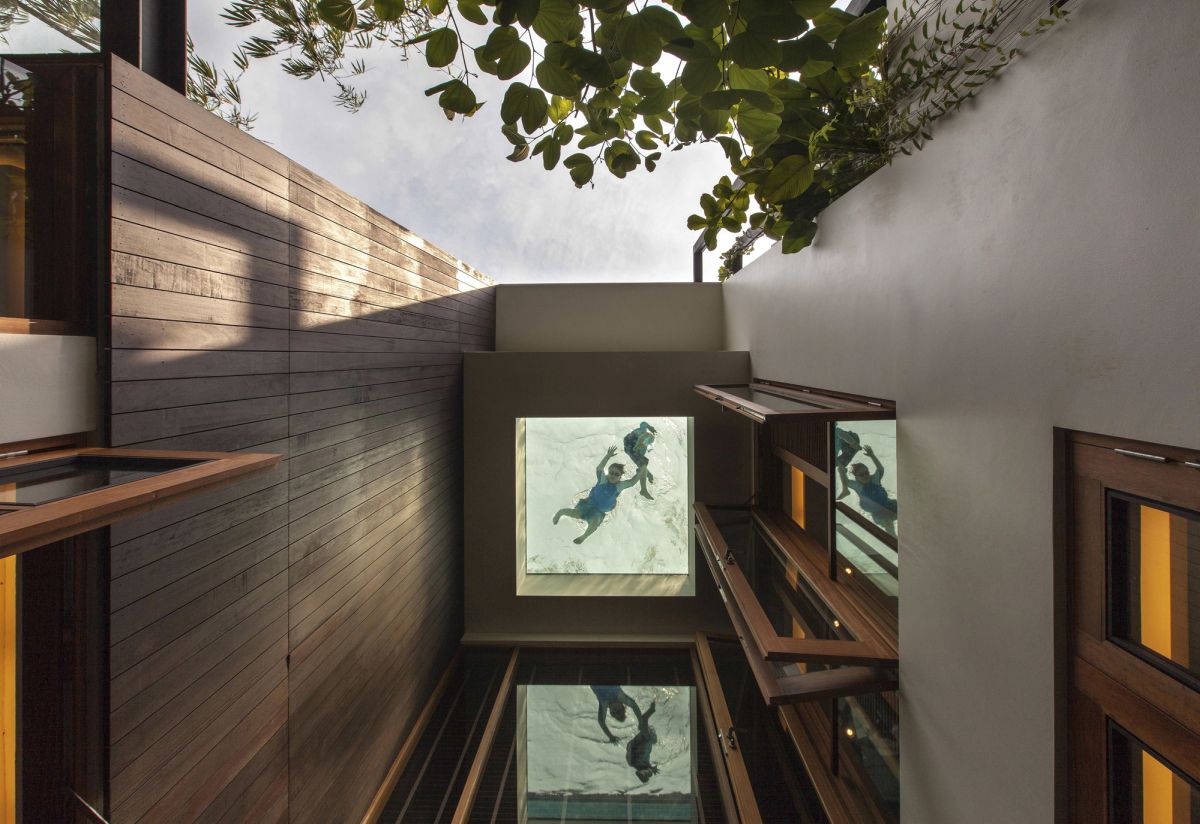 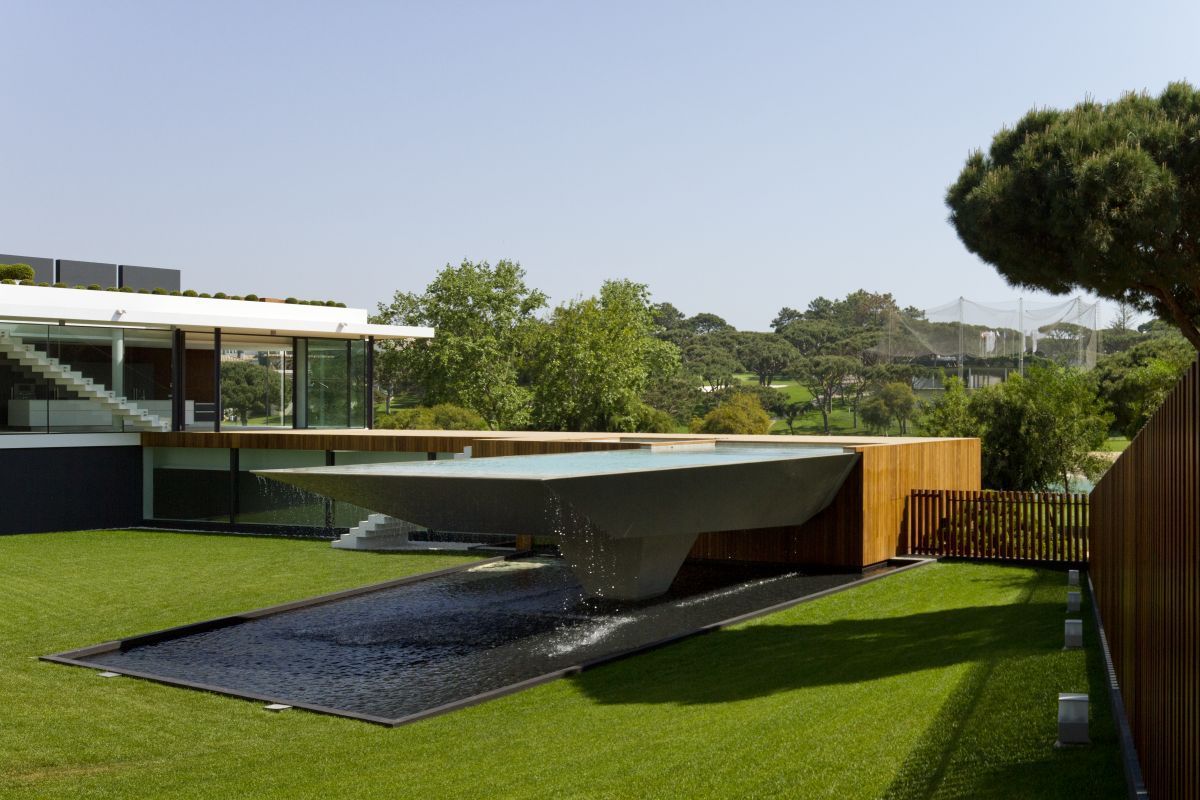 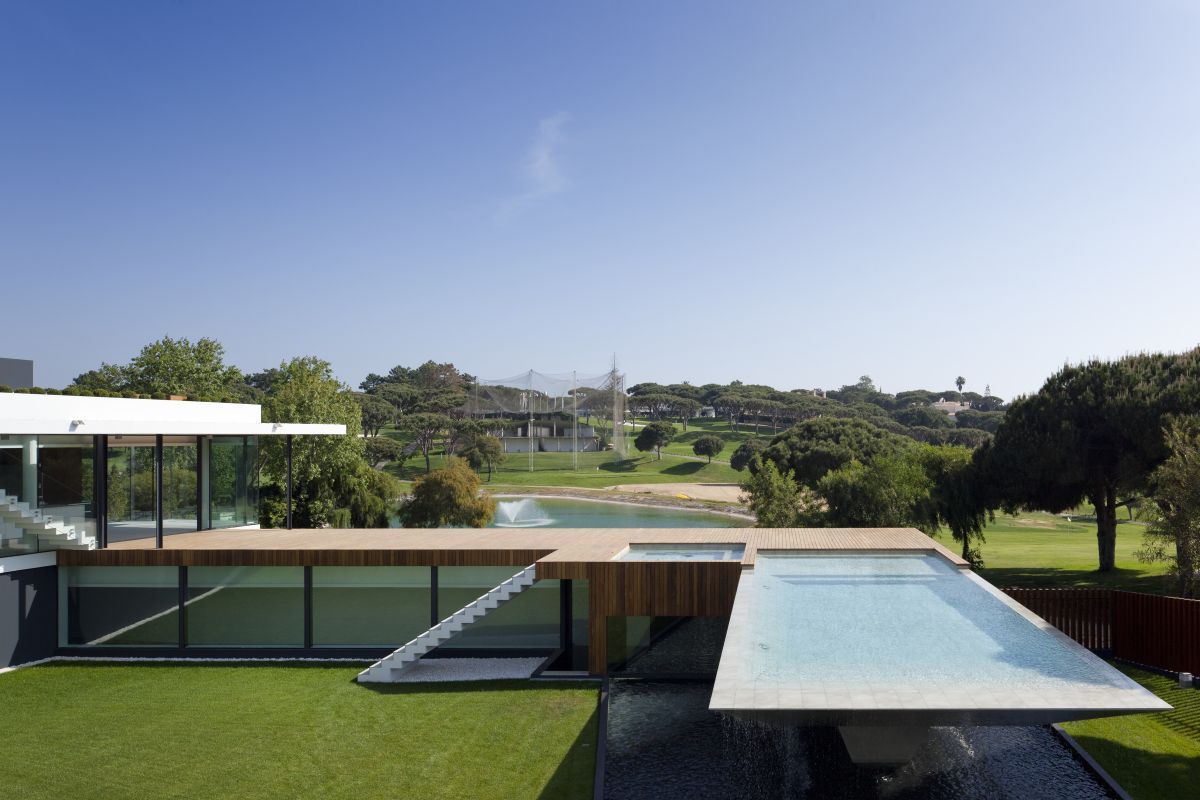 I think we can all agree that a swimming pool completes a house in a unique way and although having one is not exactly a symbol of luxury anymore, there’s still some pride in being able to say you have a pool, especially if it’s one as awesome as the ones we’re about to show you below. These unique pool ideas basically show us that if you want something to be special you have to customize it. Without further ado, here are 10 of the most amazing and unique pools out there.

Designed by architect Ramon Esteve, this is not just an additional feature for a house but actually an integral part of the building’s design. The most unusual detail about it would have to be the fact that you can see the inside of the pool from inside the house. Add to that the amazing views which can be admired from both the indoor and the outdoor spaces and the fact that the pool is huge and things are starting to become very clear: all in all. this is an awesome house.

Patkau Architects designed a pretty awesome pool too. This is a residence located in Vancouver, Canada. It’s a tall structure with most of its features and outdoor entertainment spaces situated above ground. In fact, this unique pool is attached to the side of the house on the second floor which is pretty impressive. But that’s not all. The coolest thing about it is the glass bottom which lets you see the inside of the pool from below and also allows natural sunlight to get filtered through the water and projected on the space below.

As it turns out, being able to see inside the pool from the side or from below is something we’re mesmerized by so here’s one more example of a unique pool which was designed with this detail in mind. It’s the pool designed by CplusC Architectural Workshop for a residence in Australia. It’s a lap pool so it’s long and narrow and it’s basically a huge transparent water tank, sort of like a human aquarium which you can look at from the living room.

The Jellyfish House designed by Wiel Arets Architects has one of the most amazing pools ever. First of all, this is a cantilevering pool which is pretty cool on itself but, more than that, the pool has a transparent bottom which lets the sun’s rays go through the water and create a very beautiful effect on the open lounge space situated just below.

A cool thing about cantilevering pools is that they’re usually positioned in a way that exposes them to panoramic views, much like in the case of Villa K designed by Paul de Ruiter Architects. The pool is long, rectangular and partially cantilevered over the edge of the site. What’s unusual about it is the positioning in relation to the house. In other words, the pool sits perpendicularly to the building.

There are many advantages associated with swimming pools in general but there are also limitations to consider. One of the biggest limitations is the fact that pools are usually meant for houses, not apartments. Of course, if you live in an apartment and you really want a pool you could make that happen, as proven by architect Fernanda Marques who was in charge of redesigning this apartment from Sao Paulo. Not only does the apartment now have a unique pool but this feature also serves as a centerpiece for the living room.

Some pools are special because of their size, shape or design while others stand out in other ways. This, for example, is a unique pool concept made out of shipping containers. This inspiring and intriguing idea comes from Modpools. Their pools are made of shipping containers measuring 2.4m x 6m and can be transported to just about any location. They can also be easily relocated if need be which differentiates from pretty much every other type of pool out there. Also, the dimensions are perfect even for small backyards plus the design is not not to shabby either.

The next unique pool we want to show you today was designed for the Jungle House by Studio MK27. It’s an infinity pool situated on the rooftop of the house which actually makes sense in this case because the house sits in a small clearing surrounded by the dense vegetation of the rainforest. A ground pool wouldn’t make much sense unless the tree would have been cut down. By putting the pool on top of the house the architects made sure it gets to make the most of the views as well as plenty of sunlight. At the same time, there’s a good amount of privacy even up here as the tree canopies grow taller than the house.

Speaking of rooftop pools, Aamer Architects designed one too. We’re talking about a residence in Singapore which is like a bridge between two volumes. The project was pretty special in the sense that the owner acquired the plot next to his own house with the intention of collecting three homes so the whole family could be together. The new structure had to be in sync with the two existing bungalows and that partially dictated the positioning of the pool on the roof of the house.

Last but not least, the unique pool of a villa situated in a luxury golf and beach resort in Southern Portugal. The whole project was completed by ARQUI + Lda. The house is U shaped and forms a courtyard. In this courtyard there’s a suspended pool which serves as the main focal point of the entire estate. This is more than a pool, it’s also a sculpture. The water cascades down from the suspended pool into a reflecting pool situated just below it. This combination is spectacular in more than one way, taking the concept of unique pool to a whole new level, one which blends looks and functionality in an artistic manner.