Love Homedit? Follow us
By Vera Dordick | Published on Sep 3, 2022
of 2
Willis Tower Skydeck
Willis Tower
Willis Tower Prevails As One Of The Tallest US Buildings
Buy Now 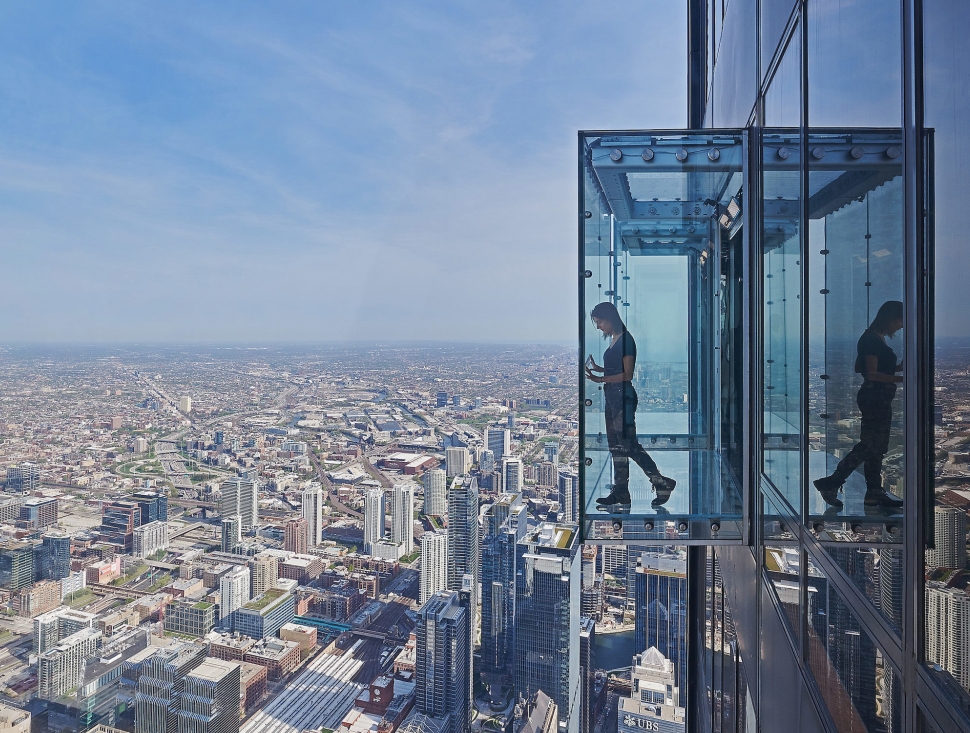 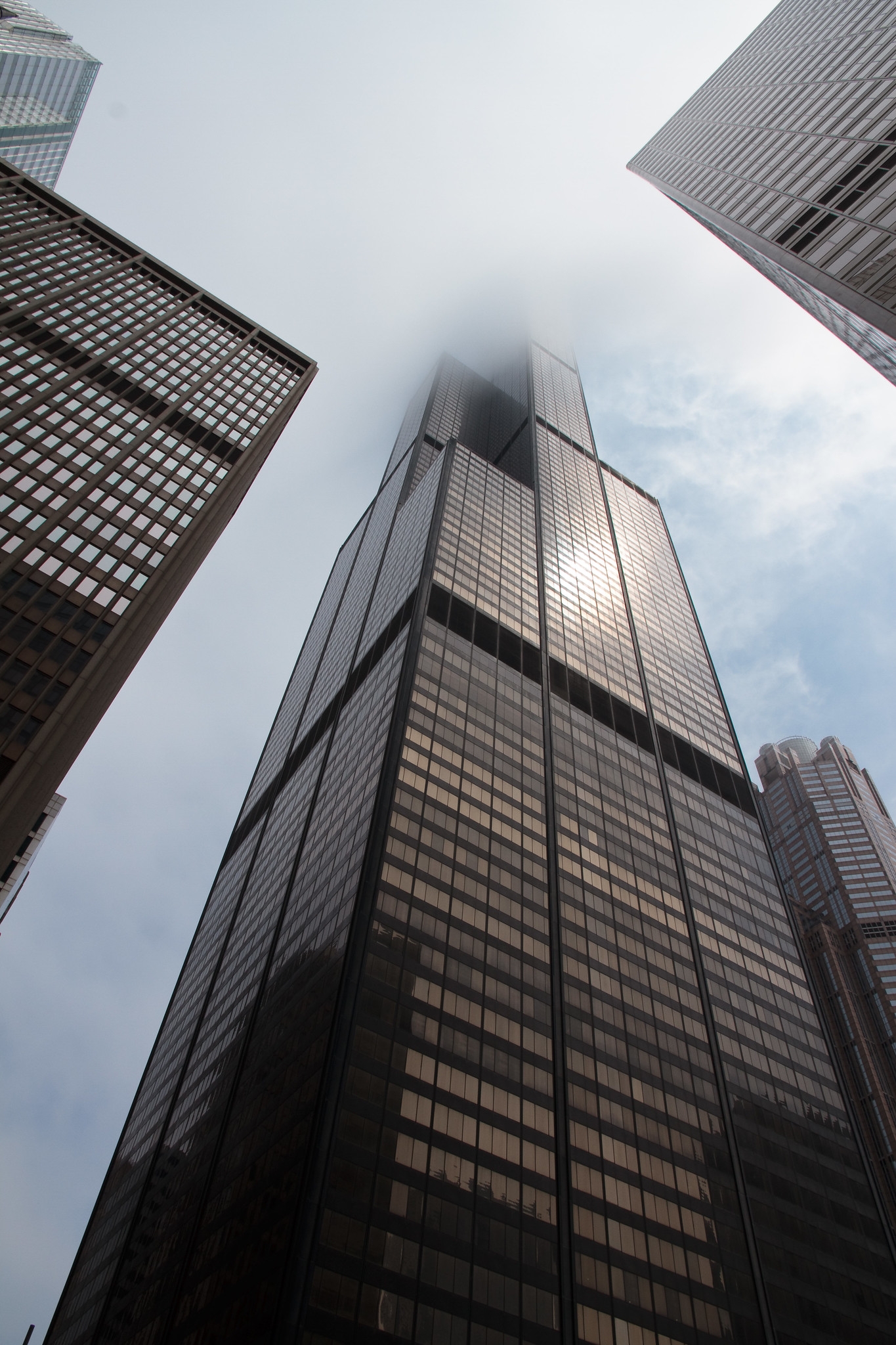 Willis Tower, formerly known as Sears Tower, is the third tallest building in the US. Located in downtown Chicago, the iconic skyscraper is famous for its glass floor views of the city. It’s a must-see for Windy City visitors.

Willis Tower stands at 1,451 feet high. One World Trade Center and Central Park Tower are the only two structures in the US that are taller. If you count the two antennas on top of Willis Tower, the skyscraper stands at 1,729 feet.

Construction was completed in 1974, and at that time it was the tallest building in the world. For 25 years, the skyscraper remained unchallenged, although it’s still the tallest steel-construction building worldwide.

On the 103rd floor, you’ll find the Willis Tower Skydeck. The viewing platform offers a 360-degree view of the city. On a clear day, you can see the surrounding US states.

The biggest attraction at Skydeck is the glass boxes that protrude from the sides of the building. Guests can walk on them and feel like they’re floating above the city.

The Skydeck is 1,353 feet above the ground, making it the highest public viewing deck in the US.

The John Hancock Center was built in 1969, a few years before the Willis Tower’s completion. Like Willis Tower, it also has an observation deck, known as 360 Chicago. 360 Chicago is similar to the Skydeck, but it’s only 1,030 feet high and sits on the 94th floor.

While the Willis Tower’s height and views are more impressive, the John Hancock building has a unique attraction known as the “TILT Thrill Ride.” It allows you to see the sights by lying on a tilted glass box.

Willis Tower has two antennas on top of it: one that’s 294 feet tall and another that’s 290 feet tall. The antennas send signals to local broadcasts. So, if you’re listening to the radio or watching your favorite shows in Chicago, you might be picking up signals from Willis Tower.

When it’s dark, the tower has strobe lights on both antennas that flash 40 times a minute. Pilots can see the lights from great distances. The colors are used as decoration and a way to welcome visitors to the city.

The colors vary between green, red, blue, yellow, purple, pink, orange, and teal. The colors will correspond with an event or holiday, such as green for St. Patrick’s Day and pink or red for Valentine’s Day.

Who Built the Willis Tower?

Architects from Skidmore, Owings, and Merrill designed the Willis Tower. They broke ground in 1970 and took about three years to complete.

When Did the Sears Tower Become the Willis Tower?

Sears Tower became Willis Tower in 2009. Sears Roebuck and Company owned the tower for 18 years, but it kept its name for many years after that. It was named the Willis Tower after the insurance broker Willis Group Holdings because its headquarters are in the tower.

What’s in the Willis Tower?

In addition to the Skydeck, Willis Tower is home to more than100 businesses. The businesses include law, insurance, financial, and transportation companies. About 15,000 people work inside the tower.

How Much Does It Cost To Visit The Willis Tower Skydeck?

Willis Tower remains Chicago’s tallest building and the third tallest building in the US. When entering the city, its illuminated antennas are one of the first things you notice, emitting signals around Chicago.

Both tourists and locals visit Willis Tower daily, whether it’s to see the views or for work.

It’s an iconic part of the Chicago skyline.