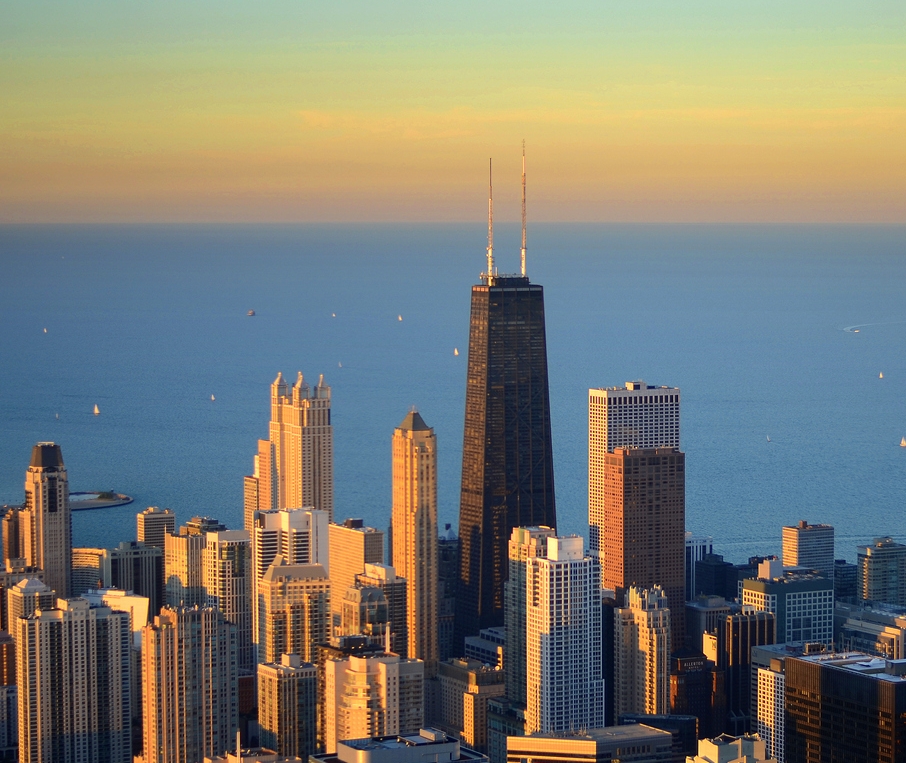 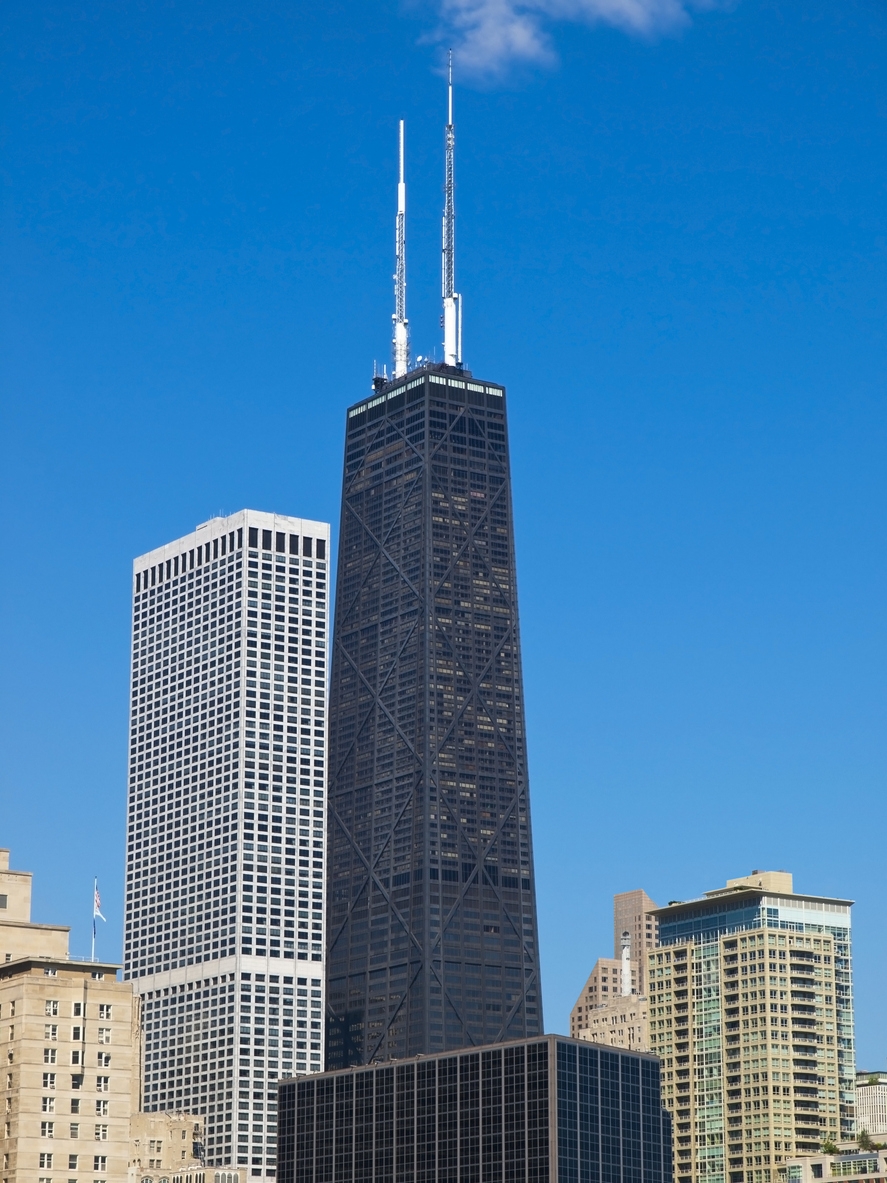 John Hancock Tower was under construction from 1965 to 1969. In 1967, construction halted after an engineering flaw was discovered. The building already had 20 stories prepared, but operations didn’t continue until the issue was solved.

It was the world’s first mixed-use tower, meaning it has more than three functions. Some building uses include residential, hotel, retail, transportation, and entertainment.

Initially, plans for the lot included a 70-story apartment building and a 45-story office tower. Yet, the two would be too close together, affecting each other’s privacy and light. So, a single tower was built to include several purposes.

Jerry Wolman planned and owned the building, and it was paid for by John Hancock Mutual Life Insurance company. Once it was built, it was the second-tallest building in the world at the time.

875 N Michigan Ave has an X-braced exterior to give it an open floor plan. The width of the building gets narrower toward the top as it shifts from clusters of small apartments to a few large units.

875 North Michigan Avenue has an observation deck on the 94th floor. It’s 1,030 feet above the street.

In 2014, the building added the TILT attraction to the observation deck. Guests stand in a glass box as it tilts toward the city. The tilting boxes are on the south side of the building.

875 North Michigan Avenue has two antennas on top at equal lengths. They’re used to transmit signals to nearby radio and TV stations.

Each antenna is over 348 feet tall. The building is 1,500 feet when counting the antennas.

The antennas change colors for events and holidays, utilizing the same color schemes as Willis Tower. For example, red and green are for Christmas while blue and orange are for celebrating the Chicago Bears.

Willis Tower, formerly known as Sears Tower, was built in 1970. Since then, it has been the tallest building in Chicago. Like 875 North Michigan Avenue, it has a tapered black structure with two antennas.

In the Chicago skyline, the two buildings look close, but they’re about two miles apart. You can get from one to the other in 12 minutes by car or 42 minutes by foot.

The building’s name changed to 875 North Michigan Avenue in 2018, but most people still call it John Hancock Center.

Why Did John Hancock Building Chicago Change its Name?

John Hancock Insurance didn’t have a naming right deal with the building’s owner after 2013, so they asked for their name and logo to be taken off the building in 2018.

Inside the building, there are shops, offices, hotels, galleries, and restaurants. You’ll also find the famous 360 Chicago Observation Deck toward the top.

How Much Does the John Hancock Observation Deck Cost?

Admission tickets for 360 Chicago Observation Deck start at $30 per person. With TILT, they start at $39.

875 North Michigan used to be called John Hancock Center, and it was the tallest Chicago tower when it was built. Today, it’s still one of the most popular mixed-use towers in the US.

Inside, you’ll find apartments, hotels, and restaurants, but most people visit for the 360 Chicago Observation Deck and the TILT thrill ride toward the top.