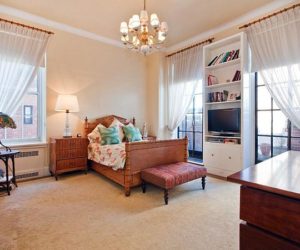 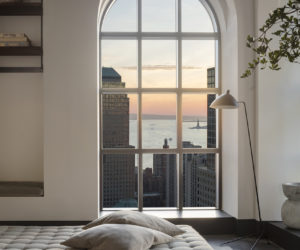 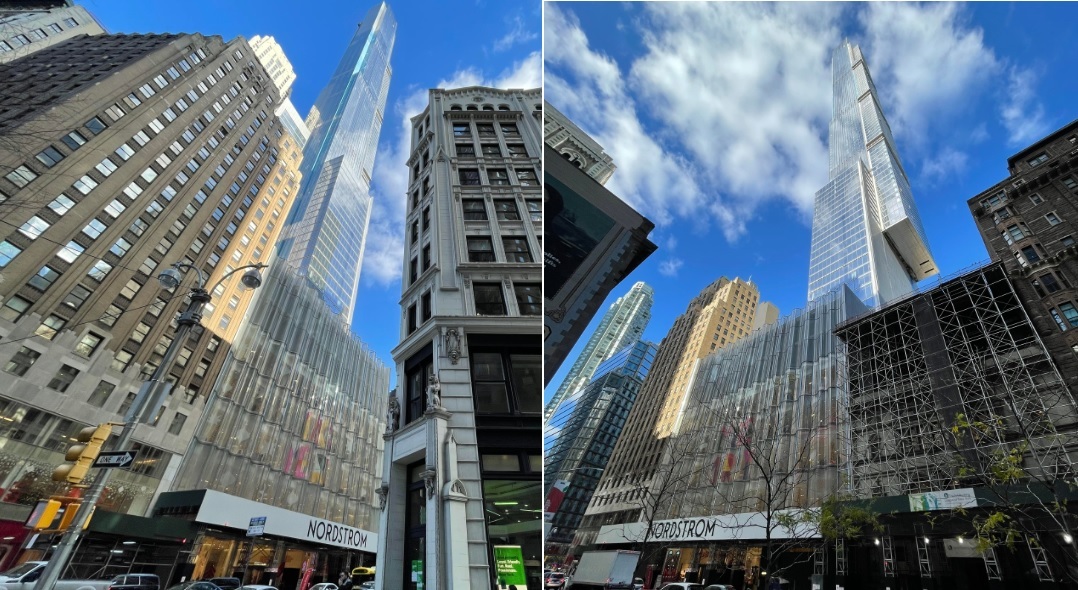 The structure is the second-tallest building in the US and the Western Hemisphere. Worldwide, it is recognized as the 15th tallest building. with 98 above-ground floors and three basement levels, the building is a premier pencil tower.

Otherwise known as Nordstrom Tower, the first five floors are dedicated to the famous department store of the same name. The supertall mixed-use residential skyscraper has 179 condos. On average, each unit is 5,000 square feet.

Inside Central Park Tower you’ll find the latest in state-of-the-art luxury amenities. The building is referred to as an “urban resort.”

Indoor amenities also include a fitness and wellness center with a 63-foot indoor saltwater swimming pool and spa. For the sports enthusiast, you’ll find a squash and half basketball court. The facilities also include lockers, showers, and steam and sauna rooms.

Rottet Studio designed the interiors and Colin Cowie Lifestyle created a lighting system that automatically adjusts as the sun sets. The system also includes music that evolves as the day progresses while providing custom scents that change according to the seasons.

A ballroom with a seating capacity of 120 is available for weddings and private events. The restaurants and bars have rotating menus created by Michelin-starred chefs. There’s even a cigar room and wine lounges.

Super skinny skyscrapers, otherwise known as “pencil towers,” are not new. Over 20 years ago, as land values increased, cities became denser and the supertall skyscraper flourished.

The pencil tower originated in Hong Kong in the 70’s, where the building style is common.

The Central Park Tower has an aspect ratio of 25:1. Improvements in building materials and engineering technology have made super skinny skyscrapers more common.

Super skinny tall buildings like the Central Park Tower are not without controversy. Many New Yorkers are protesting against them because they cast long shadows across Central Park.

However, it’s not just their long shadows that have proven to be problematic. The engineering achievements associated with 1,000-foot-high trophy apartments have not lived up to their promises. Water damage, malfunctioning elevators, and creaky walls are recurring complaints.

The price tag of a Central Park Tower condo isn’t surprising. As the saying goes, “you get what you pay for.”  The combined value of the building’s 179 units is $4 billion, making it New York’s most expensive condo project.

The Central Park Tower penthouse had the highest asking price of $95 million, but more than 20 of the condos were asking for $60 million or more.

The top floor penthouse encompasses 15,898 square feet and has seven bedrooms. There’s a huge terrace and a private elevator lobby of 1,647 square feet. The over-the-top residence even has a private ballroom.

Recent resales, however, have seen lower prices. A New York appraiser told Archinect that residents in most luxury skyscrapers have seen values drop, especially on Billionaires’ Row. Since their peak in 2015-2016, prices have dropped between 25 and 50 percent.

A number of these ultra-luxury residential buildings in New York City are on a section of Central Park South. This sits on the south end of Manhattan’s Central Park. Because they contain some of the priciest residences in the city, it’s called Billionaire’s Row.

Most of these super skinny skyscrapers are on 57th Street and many people call that street Billionaire’s Row too.

Due to the zoning laws and high-quality bedrock, New York is home to several pencil towers. One reason for the towers’ emergence is due to a loophole in New York’s zoning policy that allows for air rights to be transferred to these structures from surrounding buildings.

Shorter buildings with large land plots are selling air space or transferring development rights (TDR) above their buildings for almost the same cost as the land underneath their physical buildings. The land rights are stacked upon each other to increase the height of a tower. This legal loophole is private, nor does it have restrictions regulating the planning process.

Those who own shorter buildings are increasing the price of their air space, which increases the value of the rights.

Where is Central Park Tower?

Central Park Tower is located in Midtown Manhattan at 225 West 57th Street. Known as Billionaires’ Row, the street has a number of ultraluxury residential skyscrapers.

How much is the cheapest apartment in Central Park Tower?

The cost of apartments in this superskinny skyscraper varies according to what units are for sale. Listings available show asking prices as low as $8.3 million for a two-bedroom, 2.5-bath residence of 2,141 square feet.

What is the most expensive apartment in Central Park Tower?

In mid-2021, a duplex on the 127th and 128th floors was listed at $150,000,000. If it gets that price it would be New York City’s third highest-priced sale. Recent sales of the most expensive units in the building have only brought about half the asking price.

All supertall buildings sway. Engineers have said that a tower that is 1,000 feet tall can sway a few inches on a windy day. If winds reach up to 100 miles per hour, the swaying can be as much as two feet.

Are there problems with living in a supertall building?

Some people say that supertall buildings are not sustainable because they cost so much to build. They can also have problems such as bad flooding from leaks and constant elevator problems. Some of the tallest buildings are also noisy. They creak, bang and click. the monthly maintenance fees also see frequent increases.