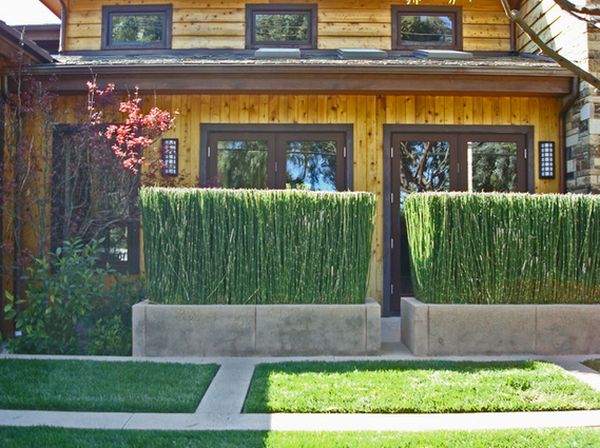 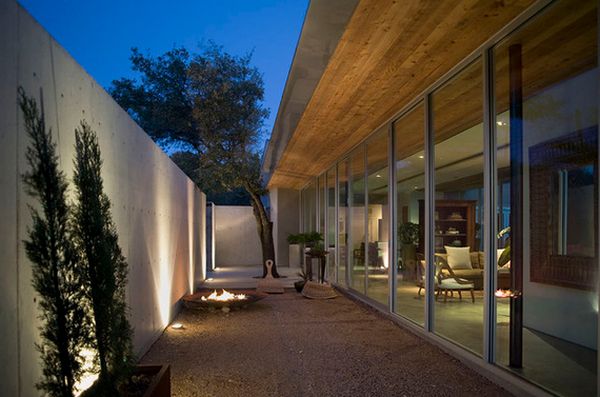 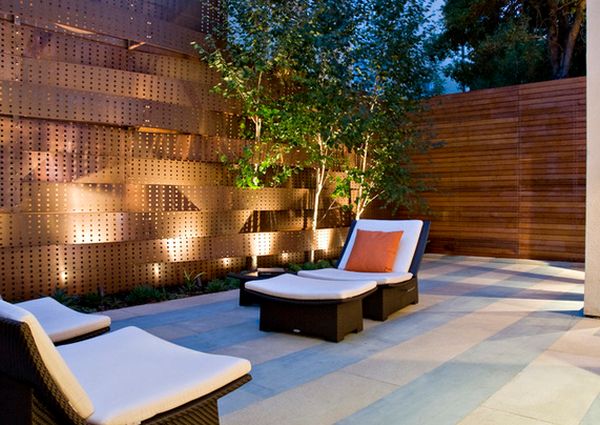 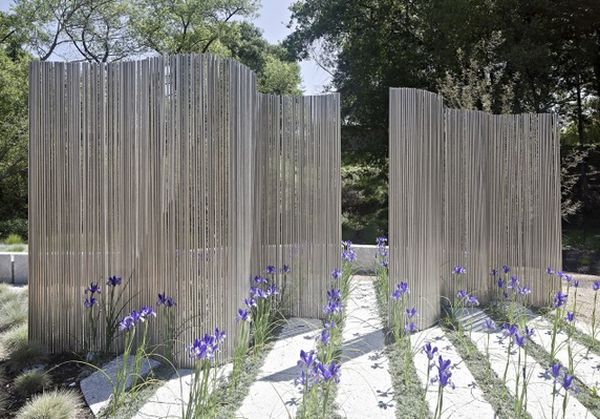 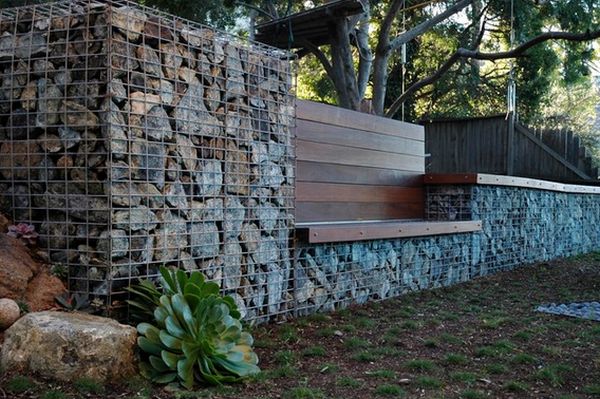 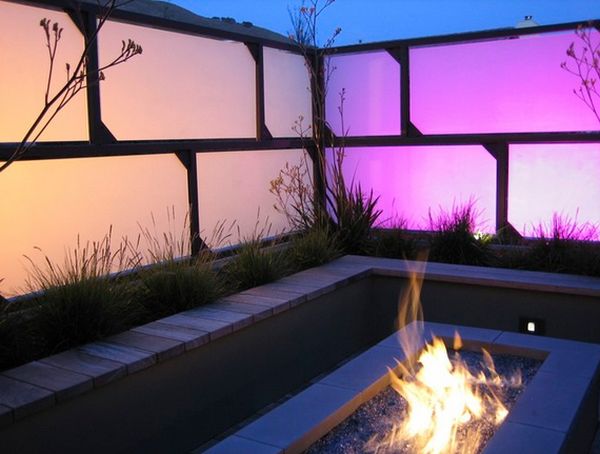 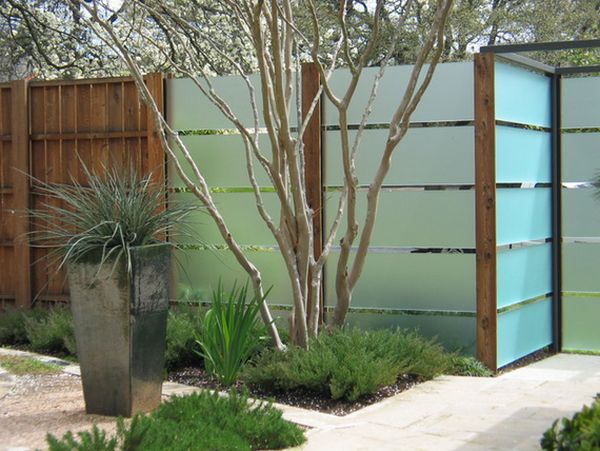 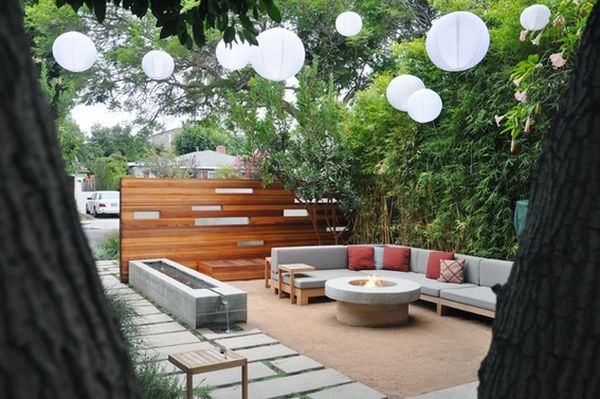 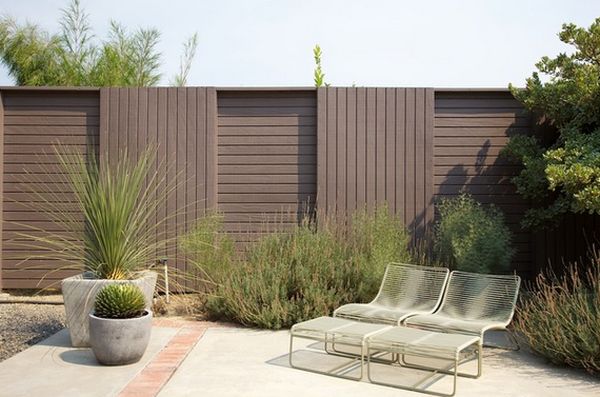 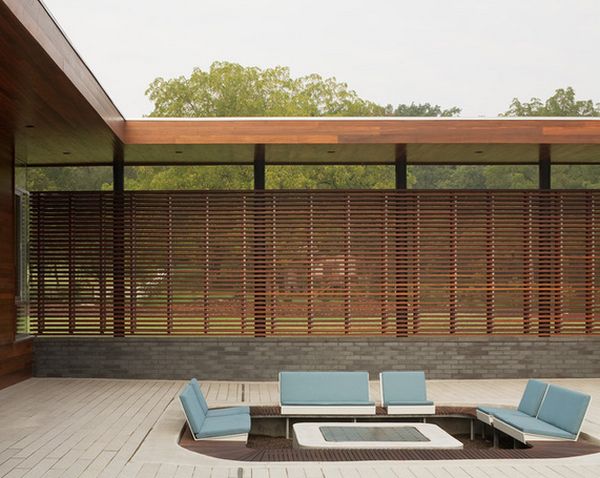 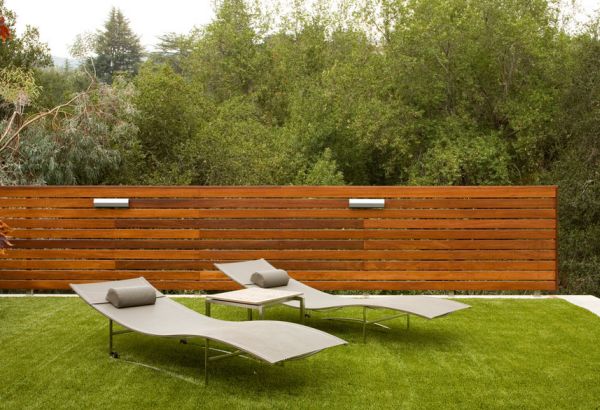 House designs and complementary landscaping are often as unique as the individual homeowners themselves, with a variety of architectural styles used. After all, variety keeps the built landscape anything but boring and is what makes particular neighborhoods desirable to different people. Privacy fences, on the other hand, are often the complete opposite – monotonous and forgettable.

The basic vertical wood slat fence can be seen enclosing most backyards, and while it is functional, its overuse makes it anything but fun. If such care is taken to create diversity in the styles of homes themselves, why settle for the same fence as everyone else? Why not enclose the outdoor space in a style that complements the architecture of the home? Consider these privacy fences that prove that utilitarian can still be unique.

One simple idea to create a unique fence is to run individual members horizontally rather than vertically. It is, after all, the very nature of the fence to be horizontal. This design uses smaller boards than the typical wooden fence, and leaves small gaps between them to allow for a subtle view. This more open enclosure still creates a sense of privacy while allowing for the space to feel less “fenced-in”.

Another simple change to the traditional privacy fence is to alternate sections vertically and horizontally. Not only does this take on the “good neighbor” fence alternate the side of the rails that the fencing is affixed to, but the orientation of sections of the fencing itself are also alternated.

Expanding even more on the use of the non-traditional material is this unique fence that uses much larger panels of frosted glass. The frosted panels contrast not only in color and texture to the wood, but also allow for a much lighter feel than the solidness of the wood. This helps to create space that seems less confining and more modern.

Another great aspect of frosted glass is that it can be backlit to create a dramatic effect in the evening. These panels of clear frosted glass are illuminated with sunset inspired colored lights to create this fun design. Unique effects could also be made by casting shadows on the panels.

Stone has often been used for privacy walls, particularly ones that also need to retain earth. For a unique take on this look, consider a gabion wall. A gabion, by definition, is a wirework container filled with material. Instead of the traditional method of stacking stone by using mortar, modular wire mesh is filled with the loose stones.

While metal is another material that is traditionally used in fencing, usually in the form of cast iron, this privacy screen uses it in a different way. Metal tubing is set in concrete in an undulating pattern to create this bold look.

In contrast to metal piping, this metal fence uses perforated copper panels in a horizontal orientation to create a private outdoor space. Rather than using the flat panels to create one simple plane, the wall becomes sculptural as the panels are “woven” to turn this wall into a feature.

While some people claim it stark and cold, concrete can also be a great choice for privacy walls. The simplicity of concrete can be quite extraordinary.The concrete will take on the texture of whatever formwork is used, as noted in the beautiful horizontal dotted lines left behind by the fasteners. Expanding on this idea, smaller boards can be used create a textured surface, or special molds can be used to give the concrete unique forms.

One last type of privacy fence to note is the living fence – created by using planters and dense plants. The vertical nature of bamboo makes it a great choice to use, or vines allowed to grow on trellis can also create privacy. With a little hunting, one can find a number of non-traditional privacy fences that go against the grain.