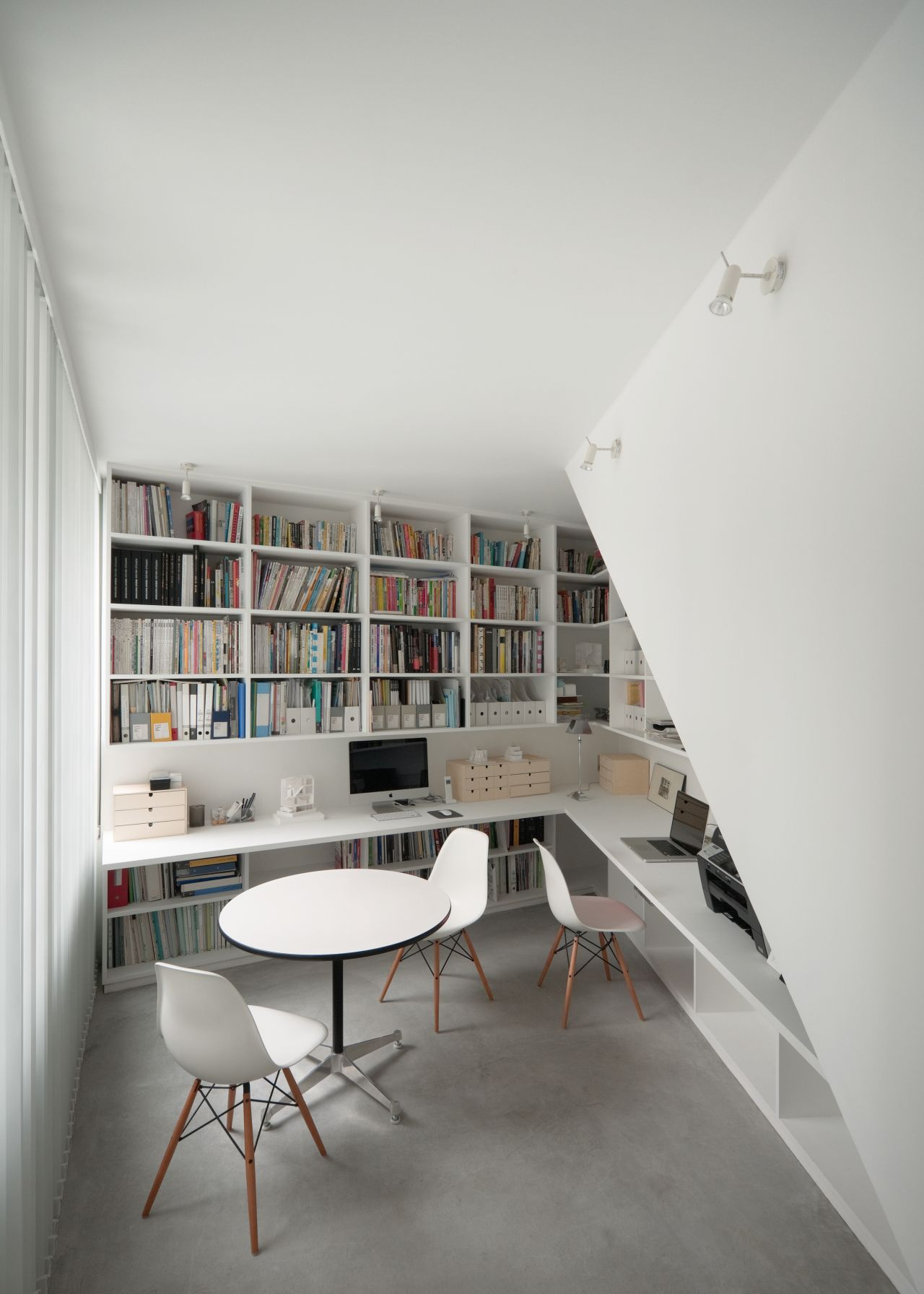 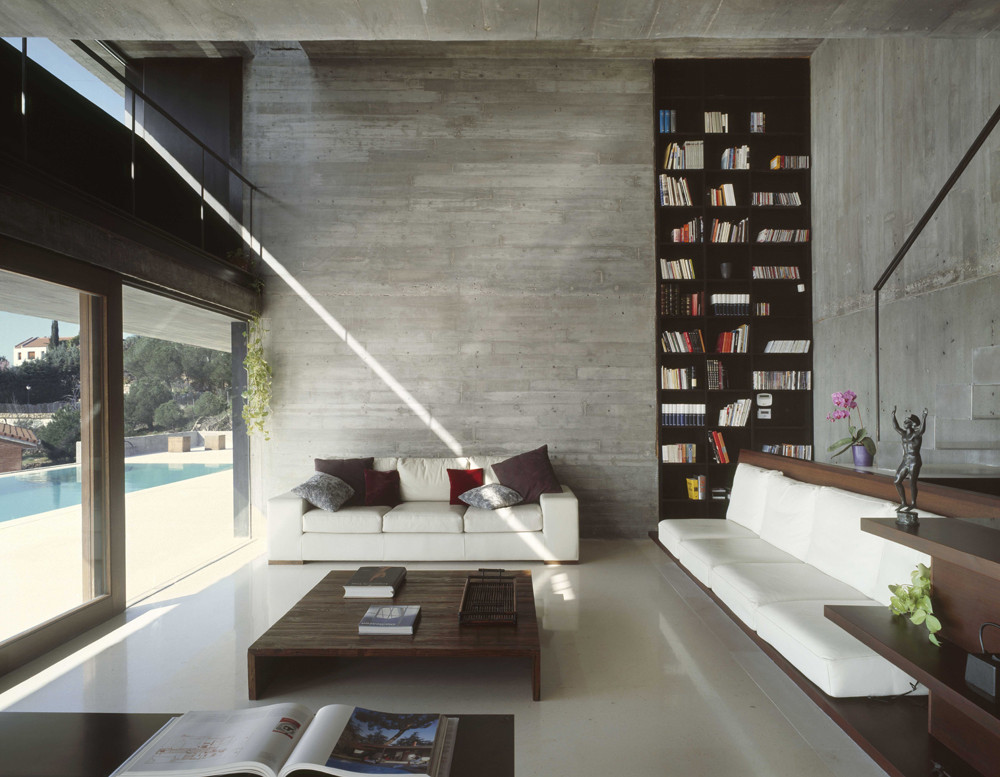 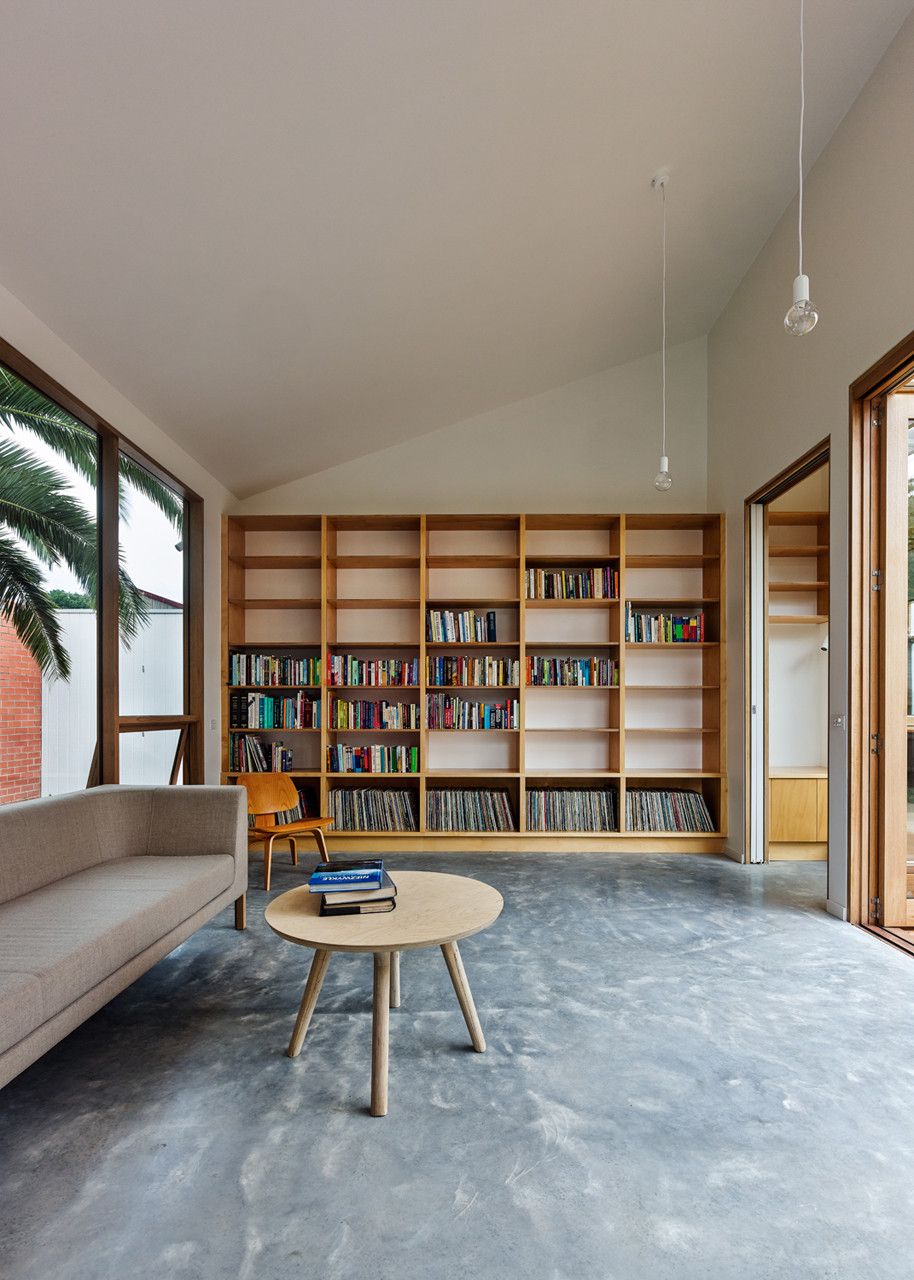 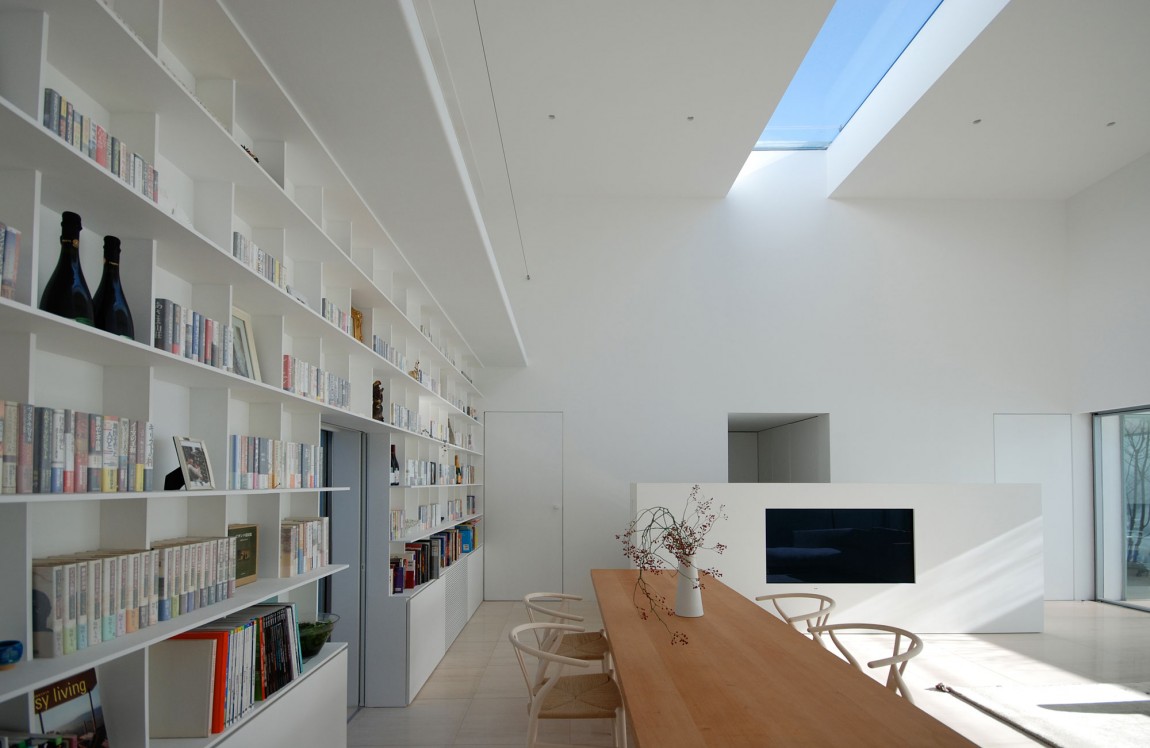 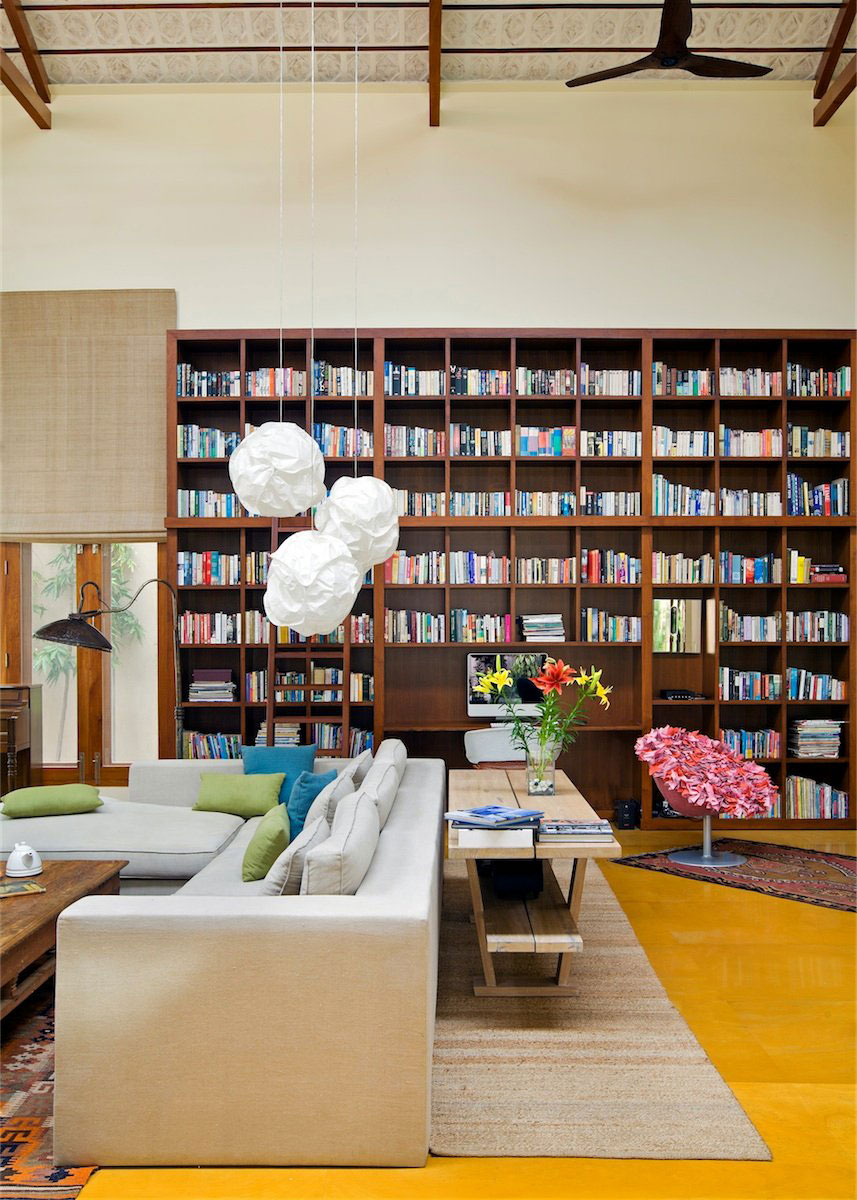 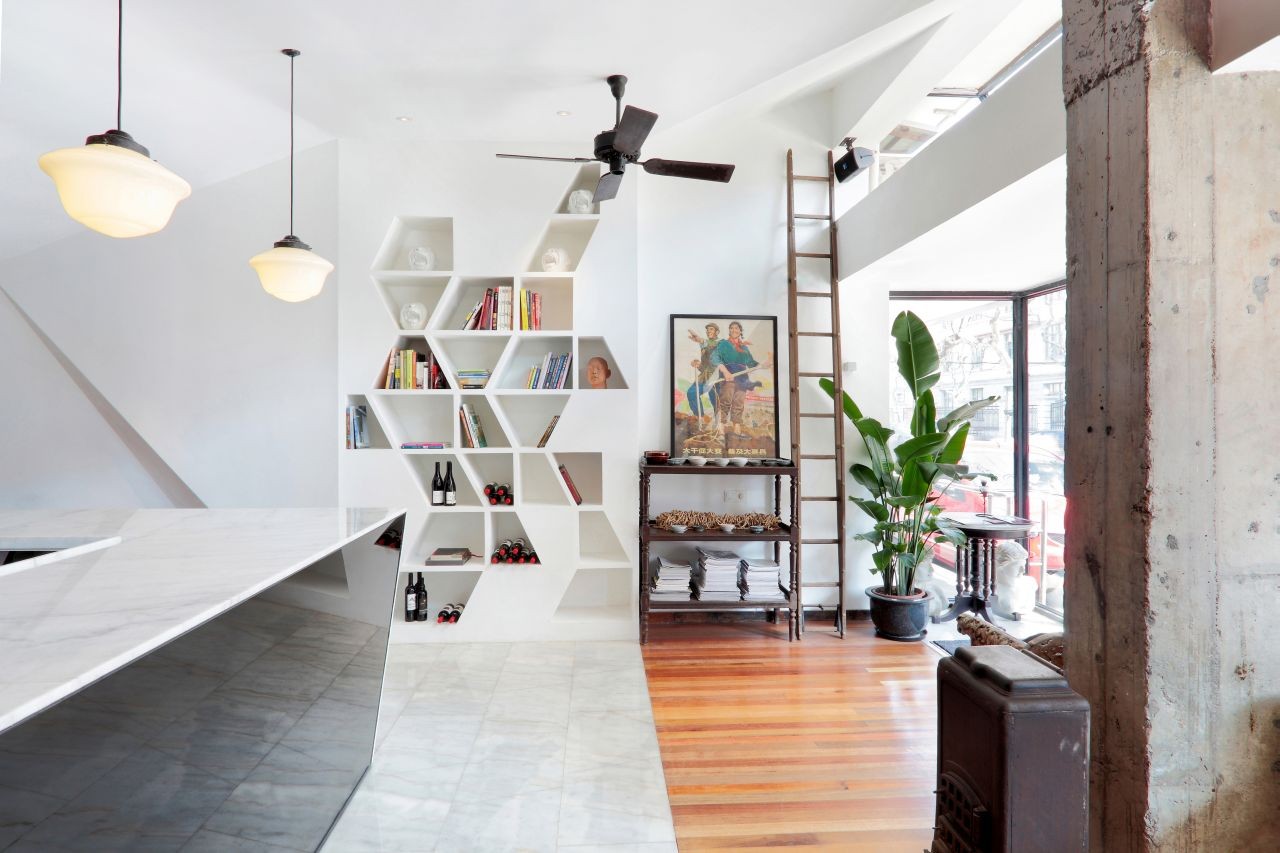 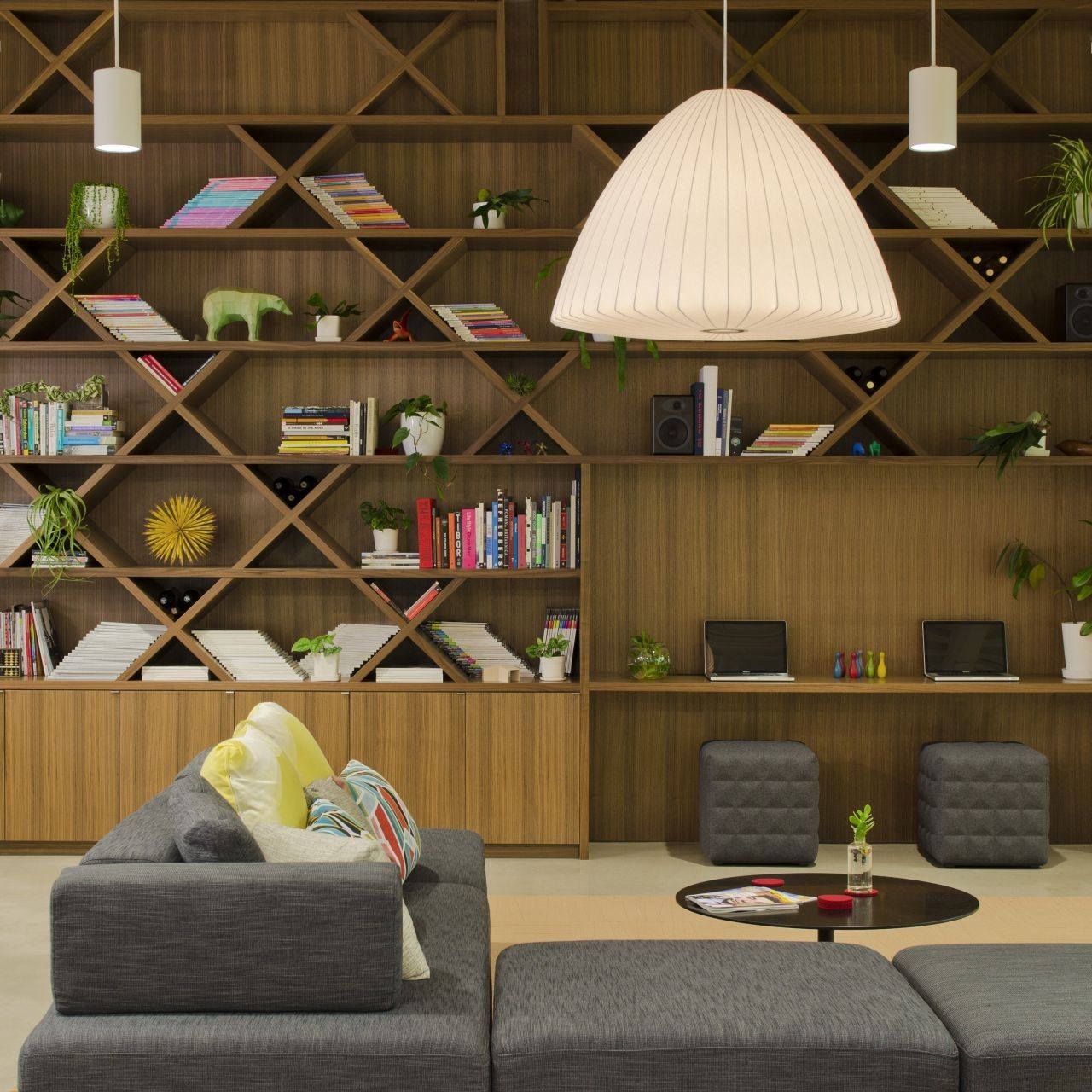 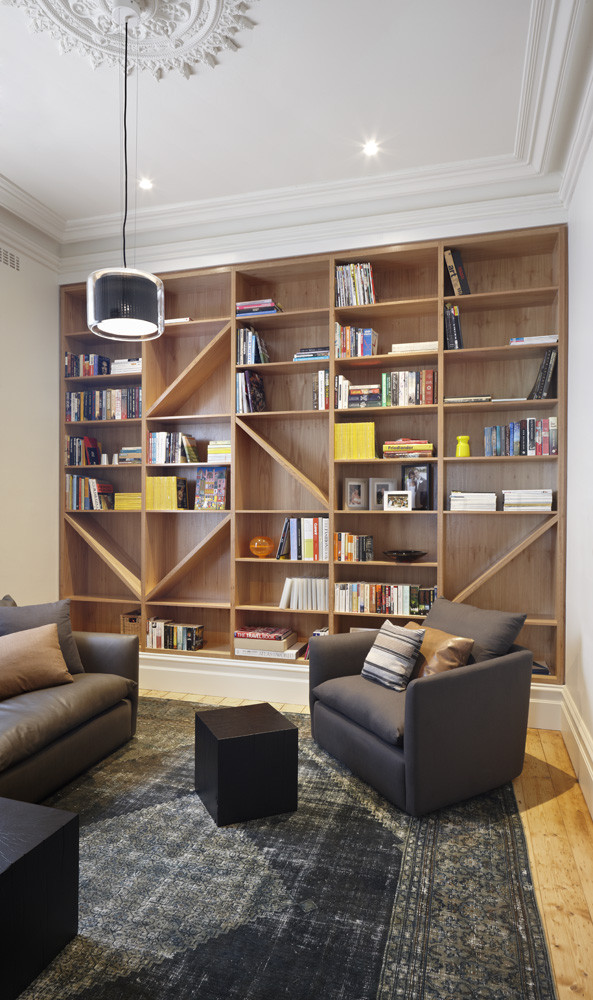 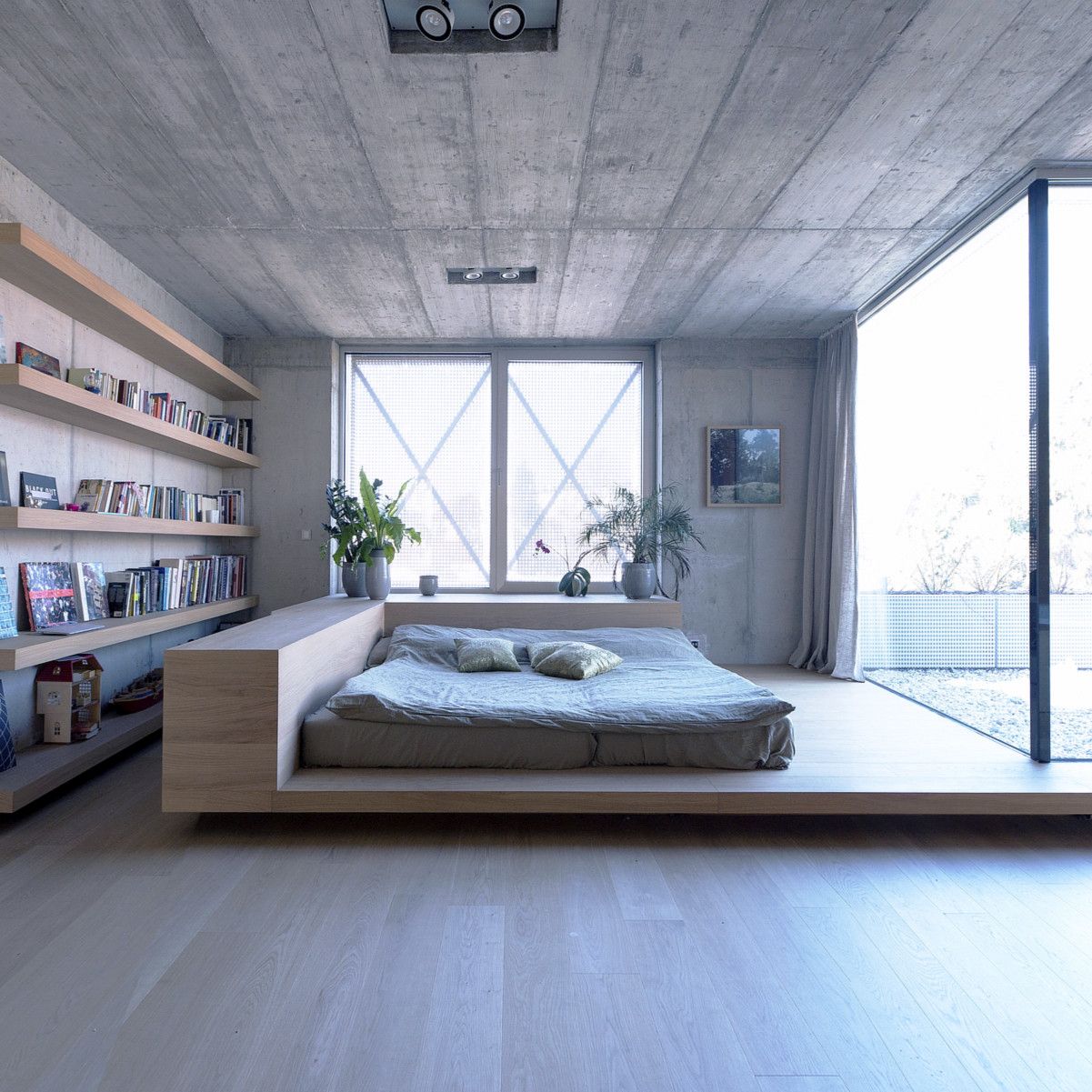 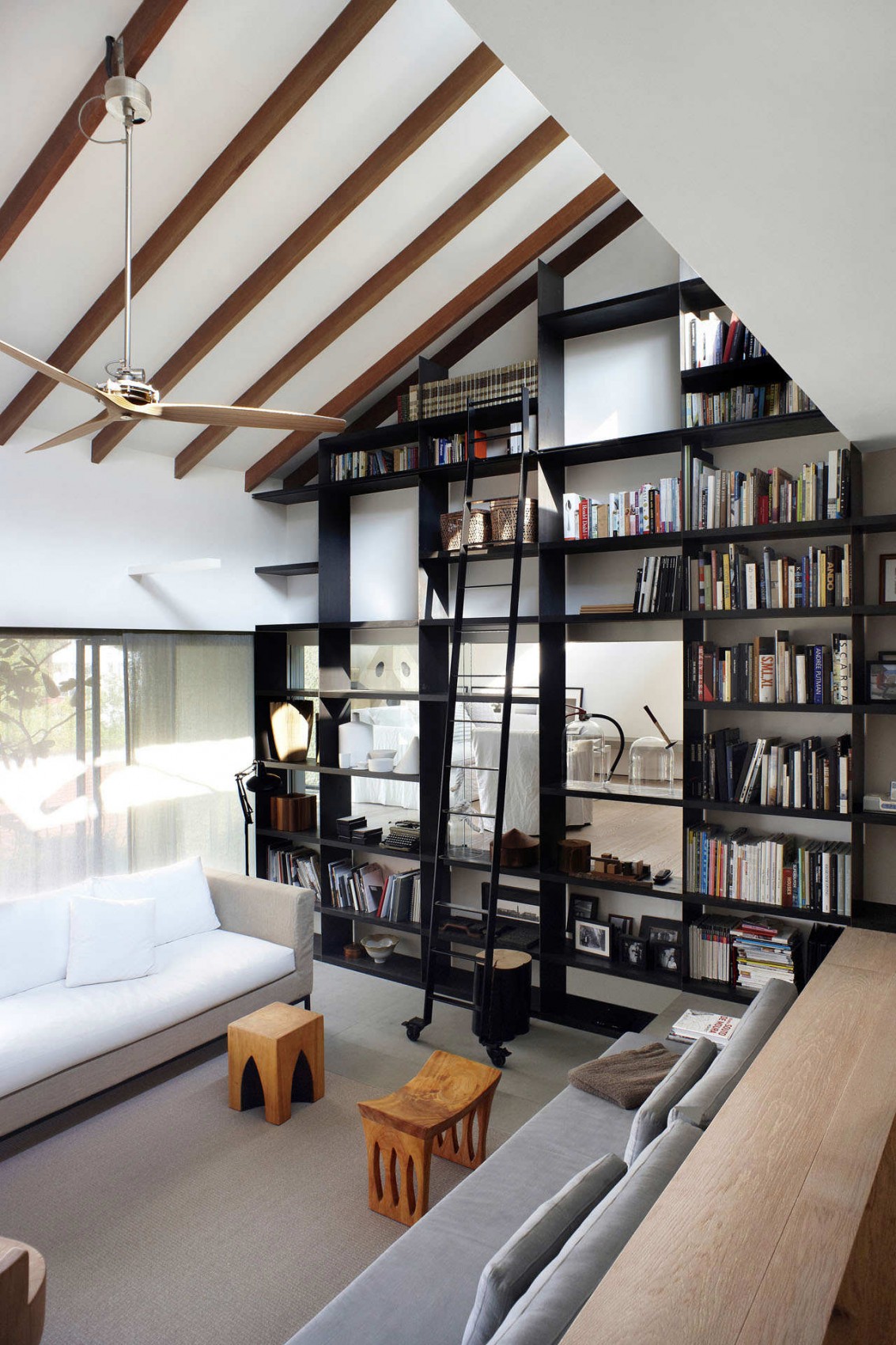 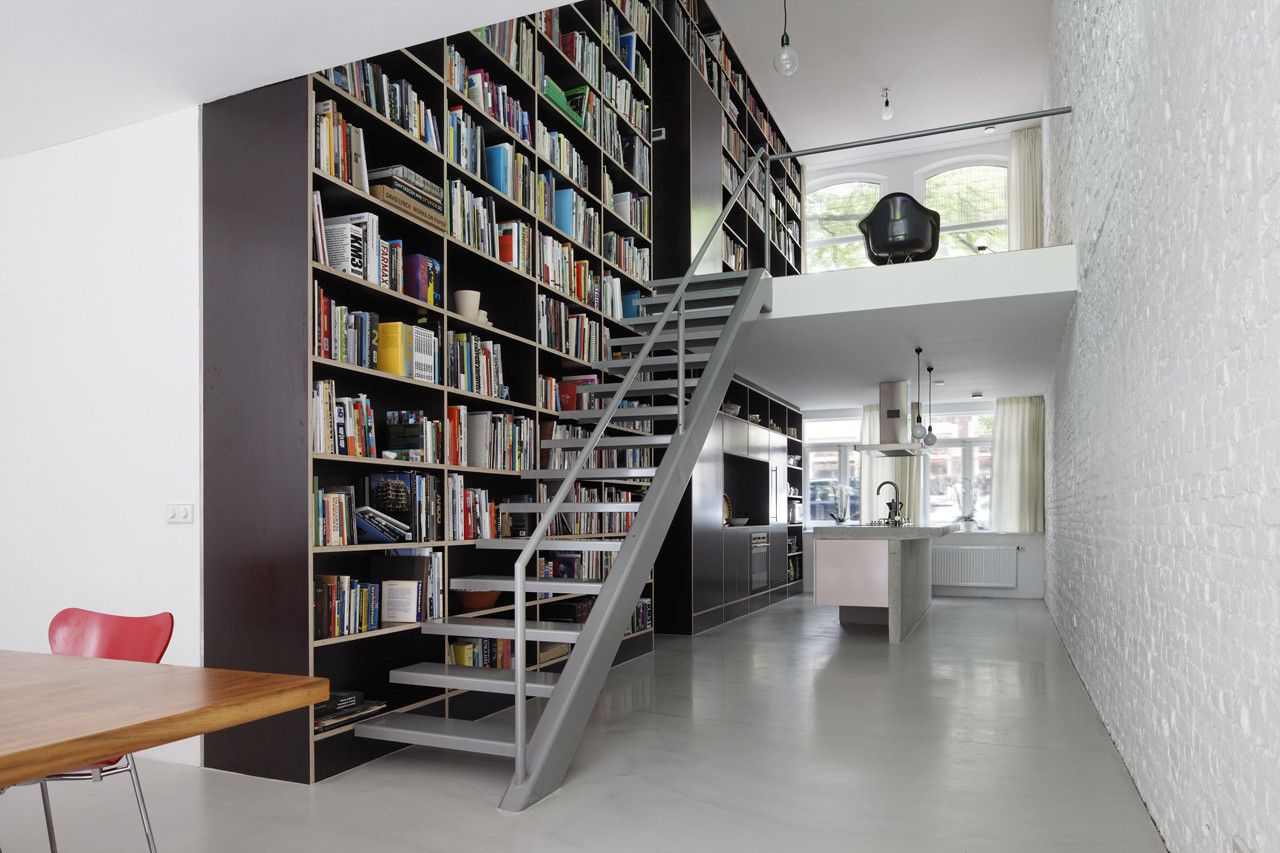 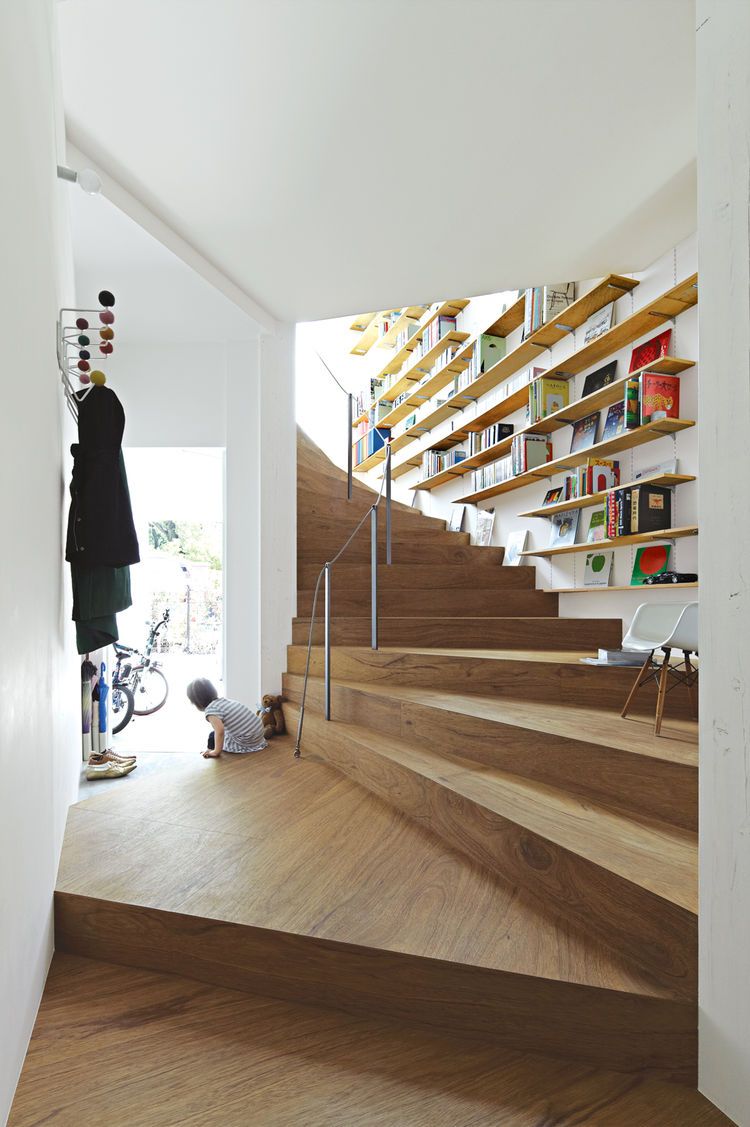 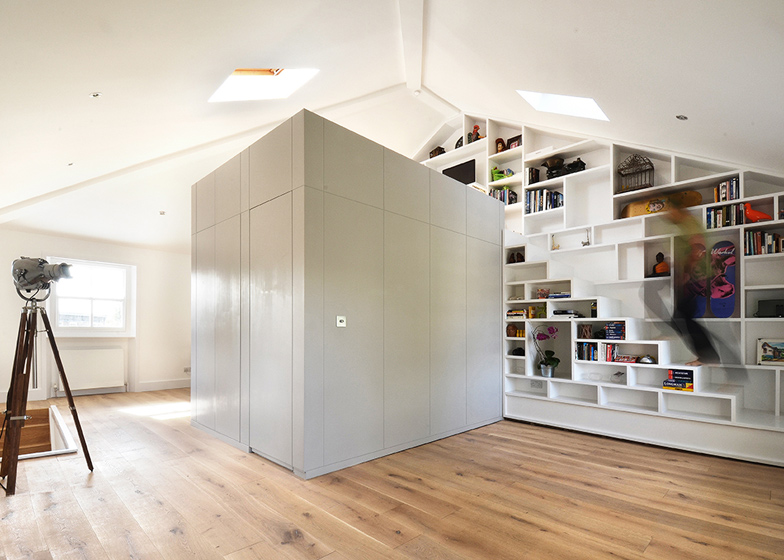 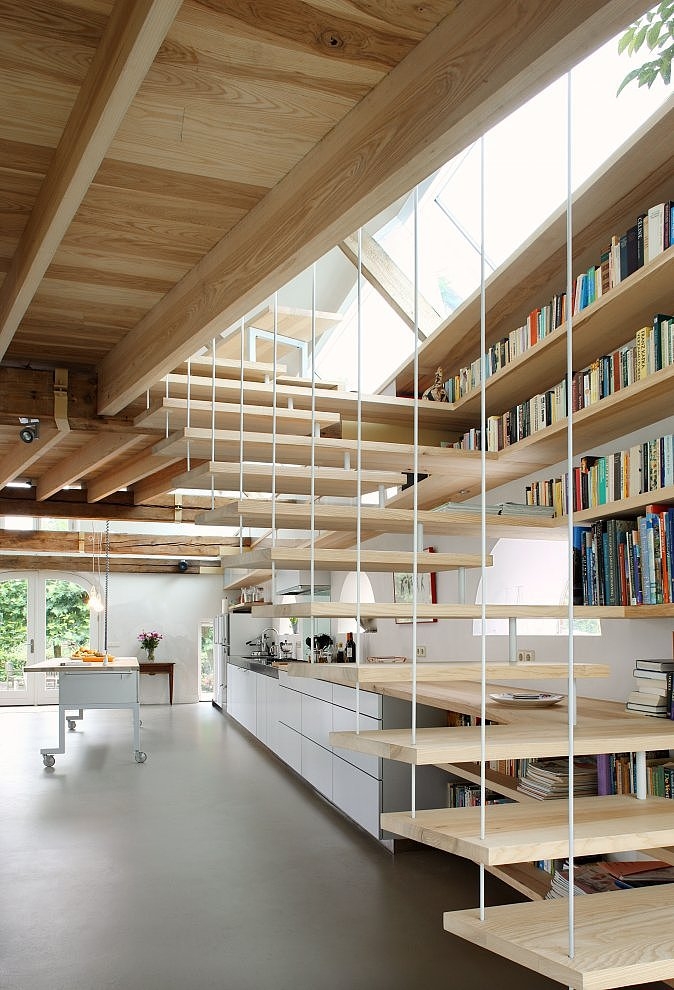 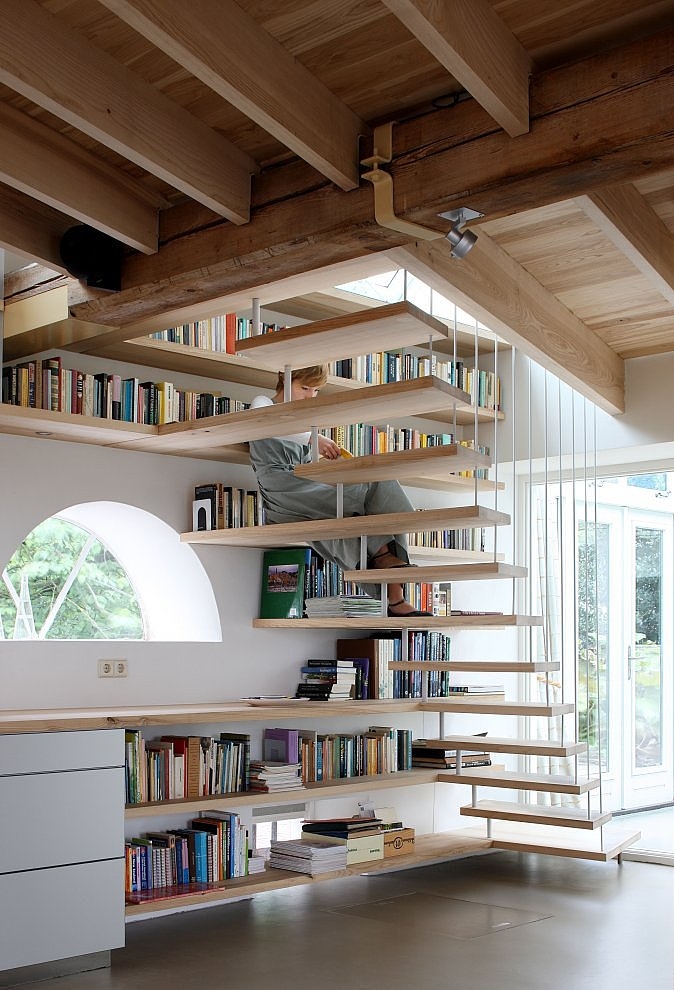 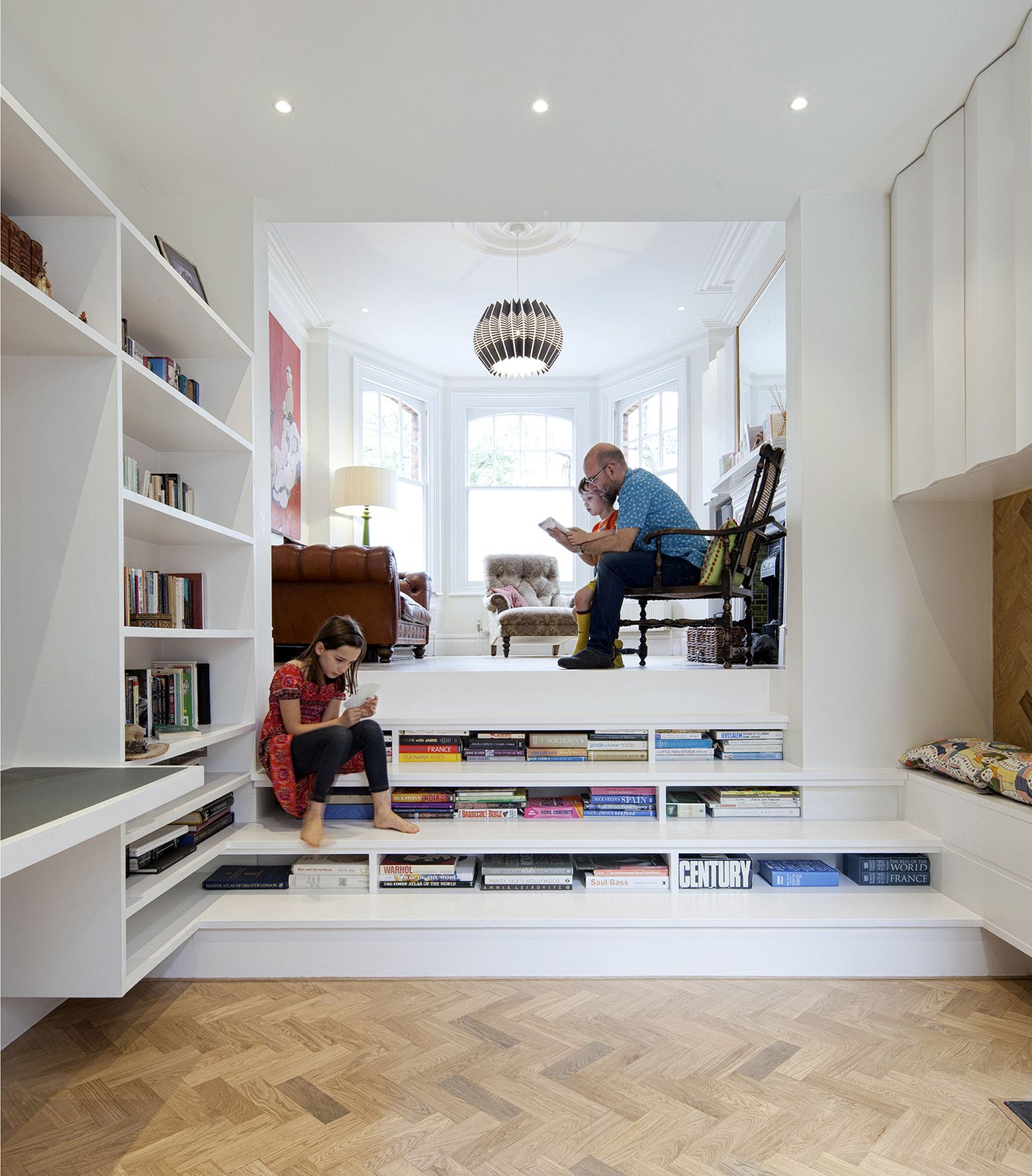 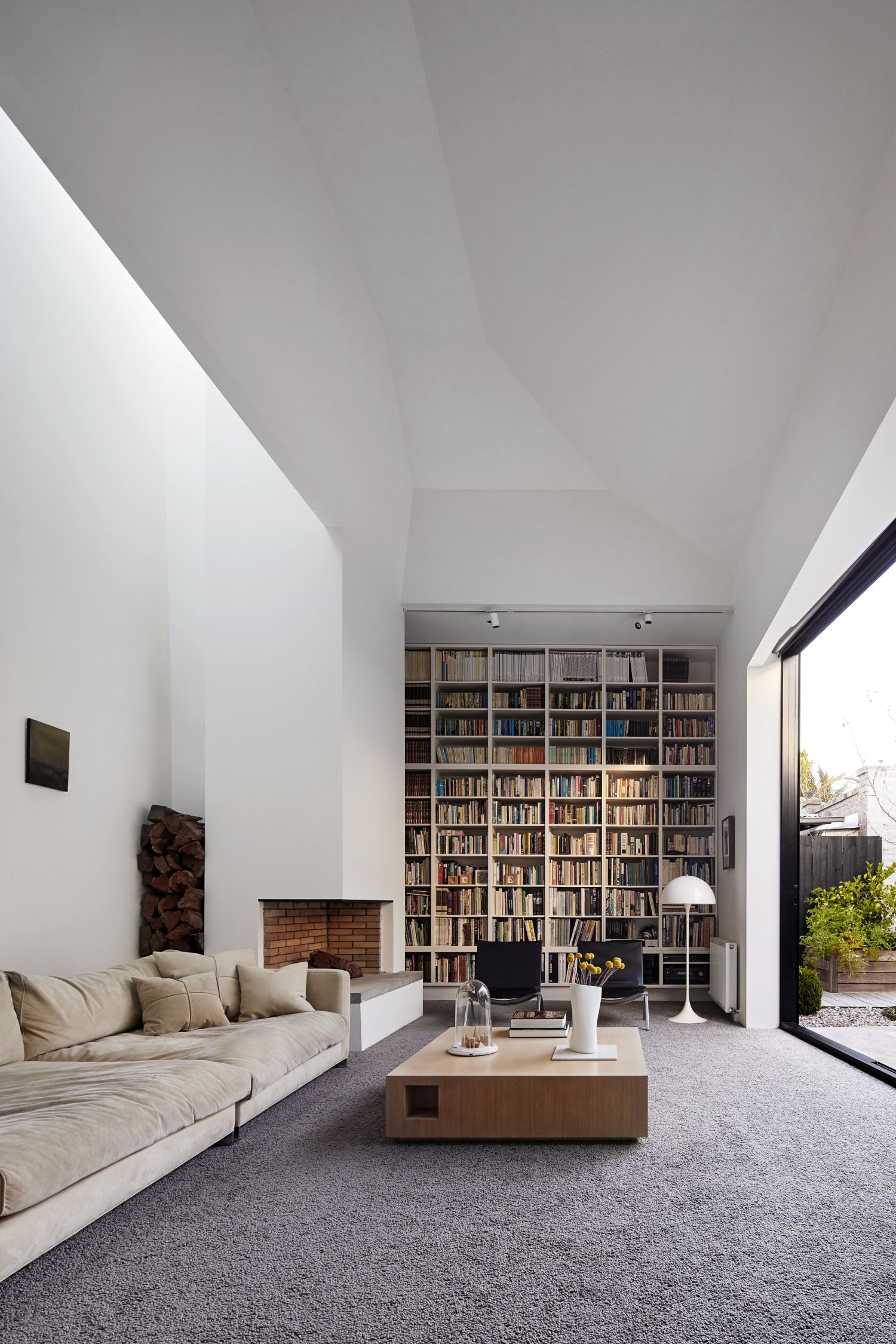 When designing a home library a few things need to be taken into consideration. The location is one of them. The library can be a separate room or it can be a portion of a larger floor plan that also includes the living room for example. Then there’s the layout which can take many forms. A variety of other details each play their role in the overall design and structure of a home library. Next, we’ll take a look at a few inspiring designs created by talented architects and designers so we can have a better understanding of this concept.

The home library that Coy Yiontis Architects designed for this Australian home is part of a shared space that also includes the living room. It became a part of the house after the interior has been reconfigured and redesigned. It has a wall bookcase able to accommodate a large collection and comfortable seating nearby.

Zminkowska De Boise Architects came up with a completely different design when structuring this London residence. Here, the home library is a semi-private nook that can be accessed via a set of stairs with built-in storage for books. It has a circular layout and tons of natural light coming through the bay windows.

In an effort to save space and to maximize functionality, Maxwan Architects + Urbanists came up with the idea for a staircase home library. Basically, the whole idea is that the suspended staircase forms a set of wall-mounted shelves on the adjacent wall and they all hold a book collection. The steps can be used as seating areas.

Another interesting design is proposed by British design studio Craft Design. They created a graphical combination between a staircase and a bookcase for a residence in Camden. The gable-end wall of the house is covered with bookshelves and some extends outward to form a set of stairs that offer access to a loft space containing the sleeping area.

The combination between staircases and bookshelves is quite common, especially in modern architecture and interior design. A beautiful example was created by architect Akihisa Hirata for a small Tokyo home. This design combines a spiral staircase and a series of wall-mounted shelves.

Shift Architecture Urbanism is the team responsible for another inspiring bookcase-staircase combo. This time the bookcase covers a large wall from top to bottom and the staircase is an attachment designed to offer access to some of the shelves and to the reading nook at the top. And since this is a double-height space, a second staircase was introduced and it too is attached to the bookcase wall.

When a home library features an entire wall covered in bookshelves, a solution has to be found when it comes to reaching the upper shelves. Singapore-based architects Juliana & Tristan chose to use a simple ladder for this purpose. It has castors and it’s attached to the upper shelves.

A home library doesn’t have to a separate room and not even a separate nook. It can simply be a feature in an area such as the bedroom, just like OFIS Architects created for this house in Slovenia. The home library is, in this case, a set of wall shelves and the user can sit on the bed to read them.

The Hawthorn House designed by AM Architecture has a very cozy and inviting home library. The design is interesting because this space combines two functions. The wooden wall unit is a defining feature of the home library while the seating area is the focal point of the living room.

A similar concept was used by Boora Architects when designing this residence located in Portland. In this case, the wall unit is expansive and has a graphical, geometric design. It features hexagonal and triangular storage compartments and it’s the focal point of the living room.

A geometric approach was also used by the Byn Studio team when designing Daga Cafe in Shanghai, China. This place was envisioned like a cozy home and it even has a reading nook with an eye-catching system of wall shelves of different shapes and sizes arranged in an apparently random pattern.

It’s common for large living rooms to include a bookcase wall. Usually, the wall unit also includes a desk of some sorts, like in the case of the Library House by Khosla Associates. This configuration allows a single space to combine multiple functions and ca also be adapted for smaller areas.

The Library House located in Tochigi, Japan was a project by Shinichi Ogawa & Associates and its name is pretty suggestive. As you might expect, the house has an extensive book collection displayed on a large bookcase that covers an entire wall. The unit was carved out to reveal a doorway.

When designing the Profile House, Black Line One X Architecture Studio decided to pay special attention to the home library. The team envisioned this space as a welcoming room with a simple wall bookcase, a minimalist sofa and a vintage chair in the corner, next to the full height window.

In the case of the Pitch House by Iñaqui Carnicero, things went a little differently. By that we mean that the living area has a tall wall niche in the form of a bookcase and that the sofas can also be used as seating for those that want to relax while reading a book. Large windows provide enough natural light for this activity to be a very pleasant one.

In addition to the living room-home library combo, there’s another configuration that seems to be very practical. It’s the one adopted by Hideaki Takayahagi when designing this narrow house in Tokyo. Inside there’s a small room that functions as a home office and it has bookshelves on two walls which also allow the space to double as a home library.