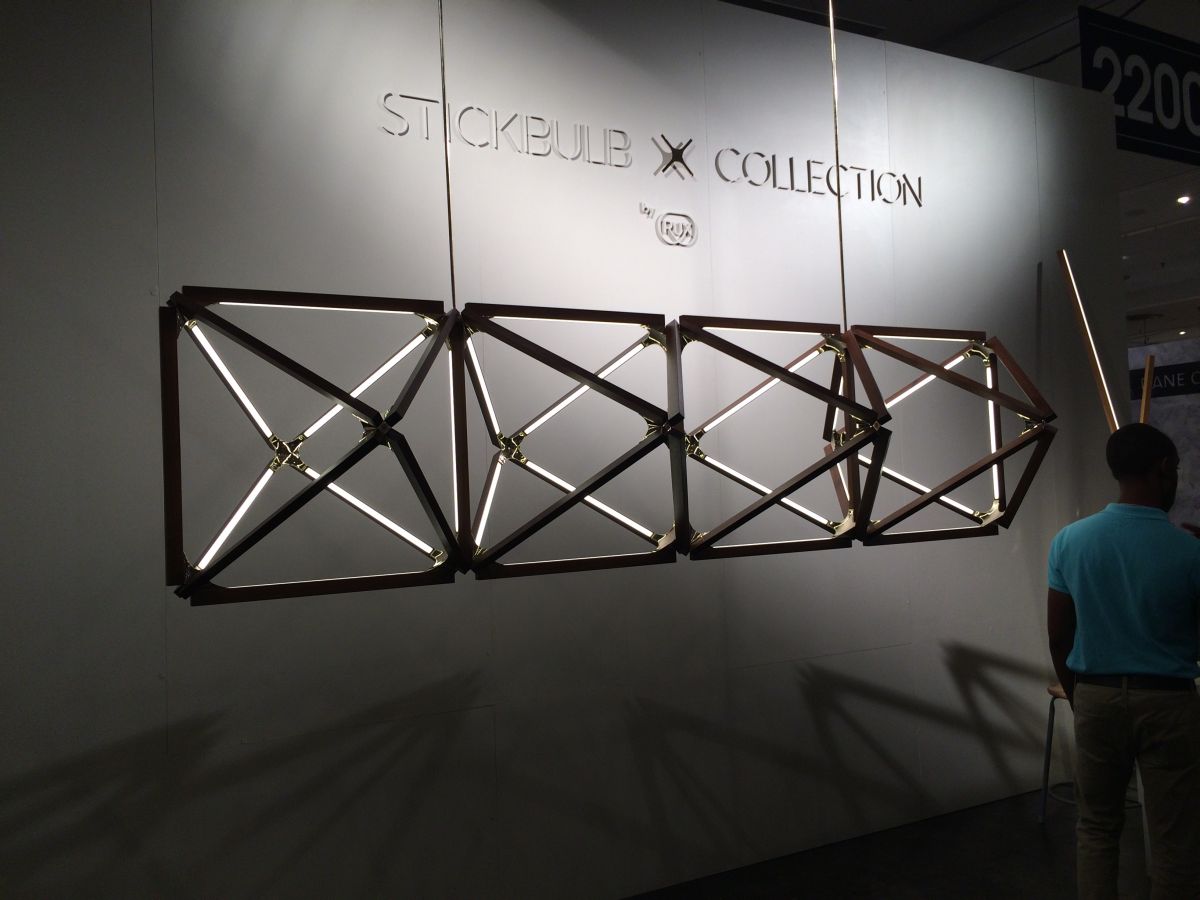 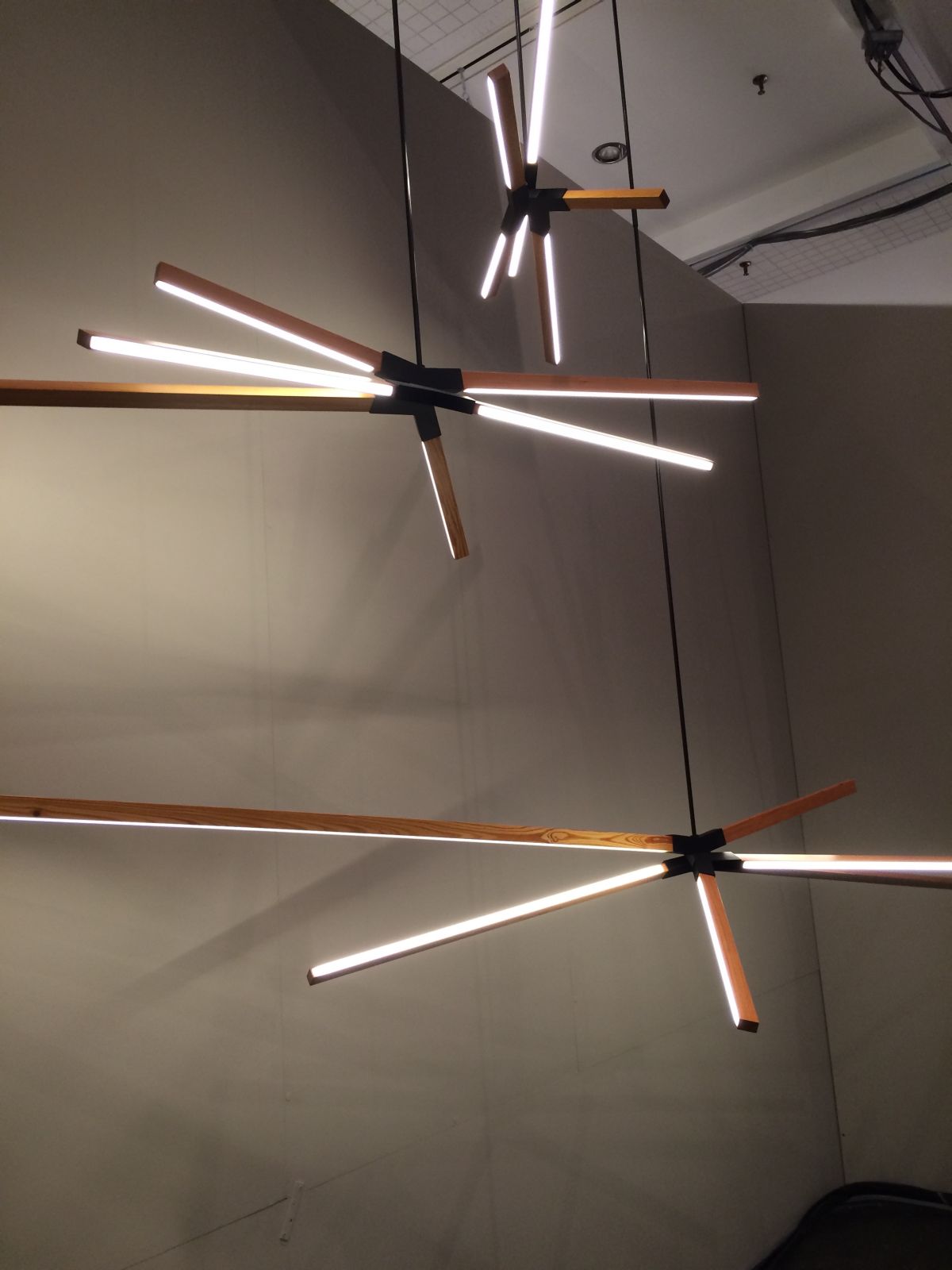 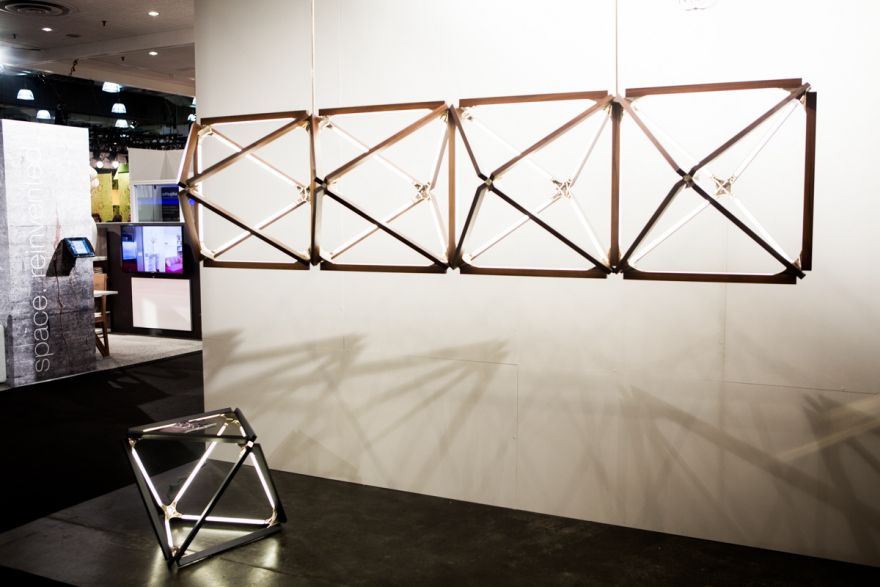 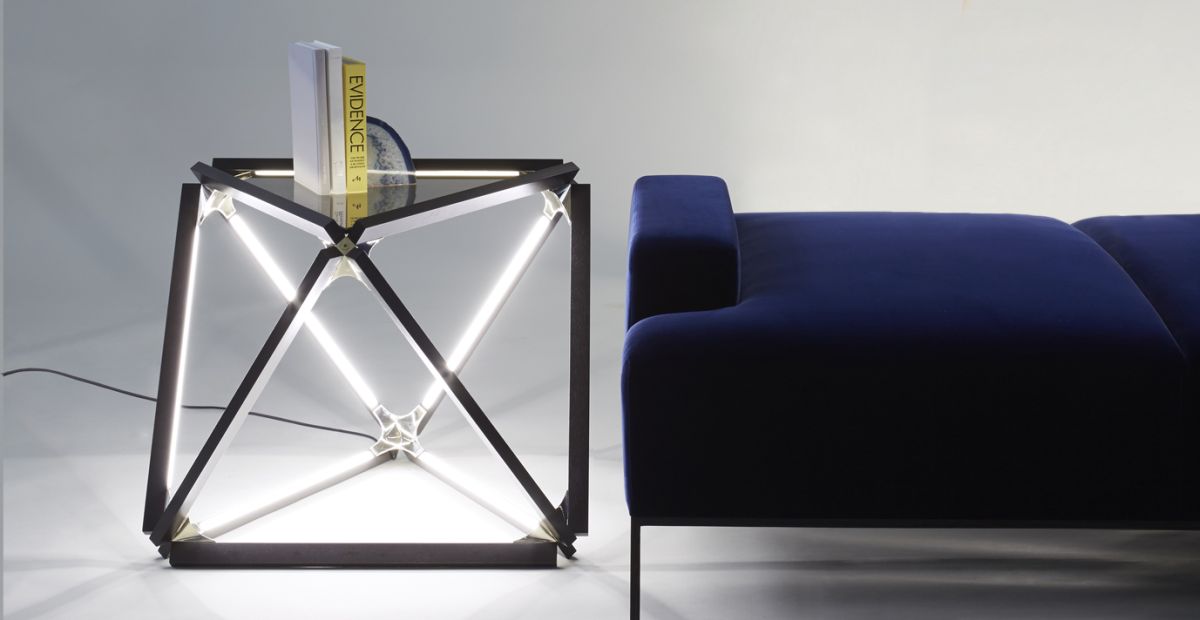 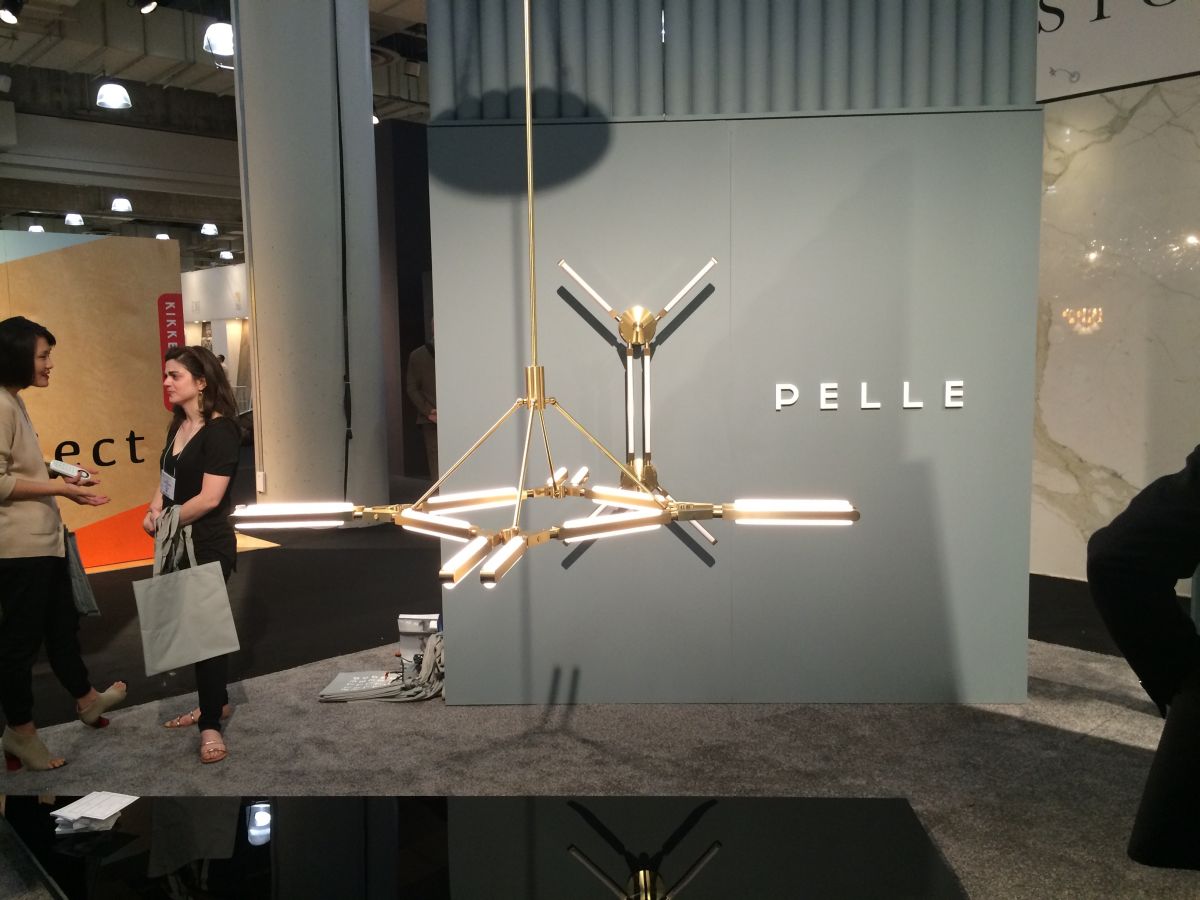 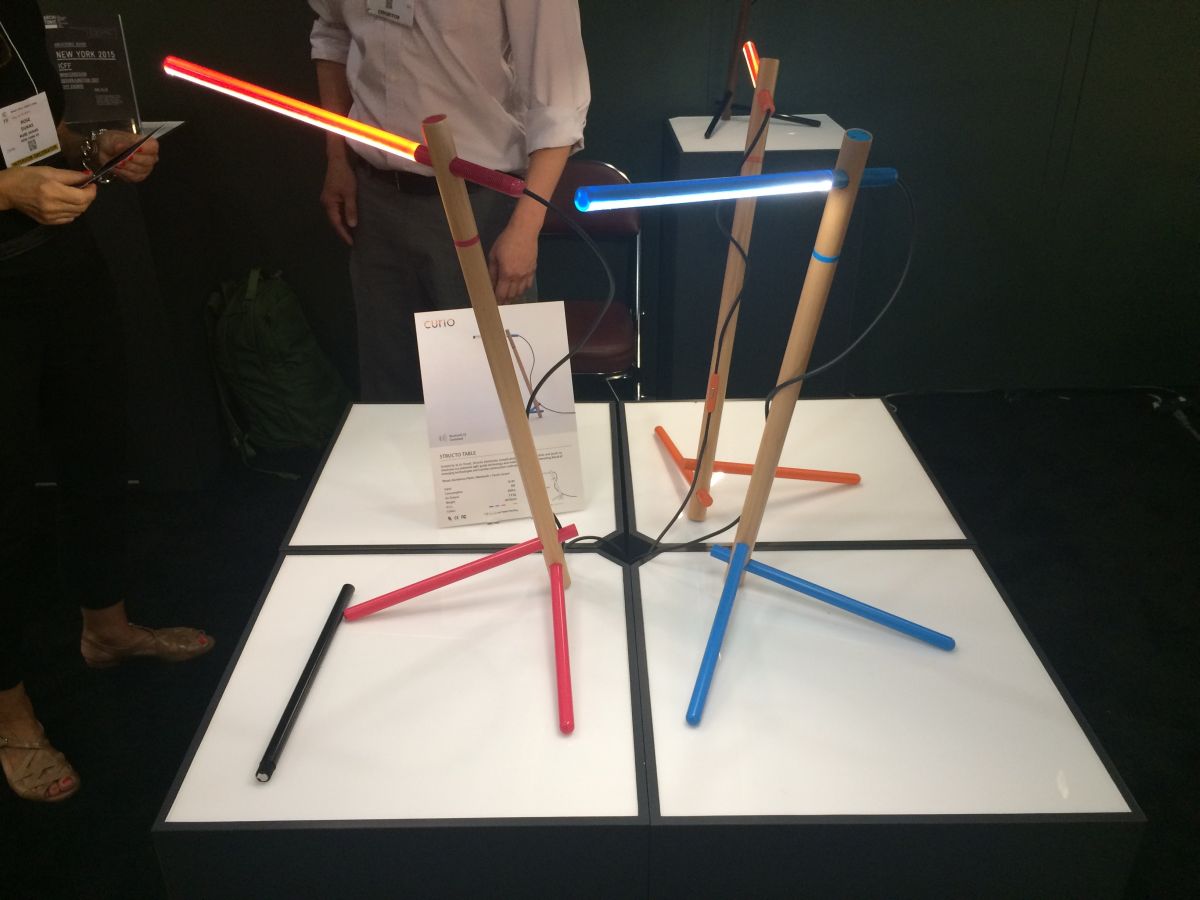 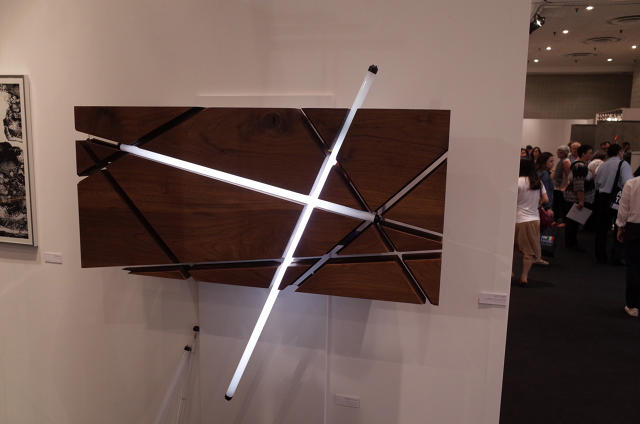 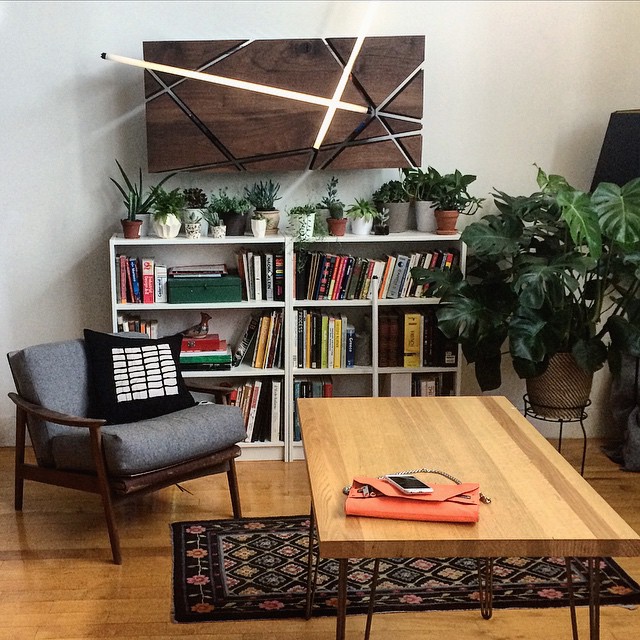 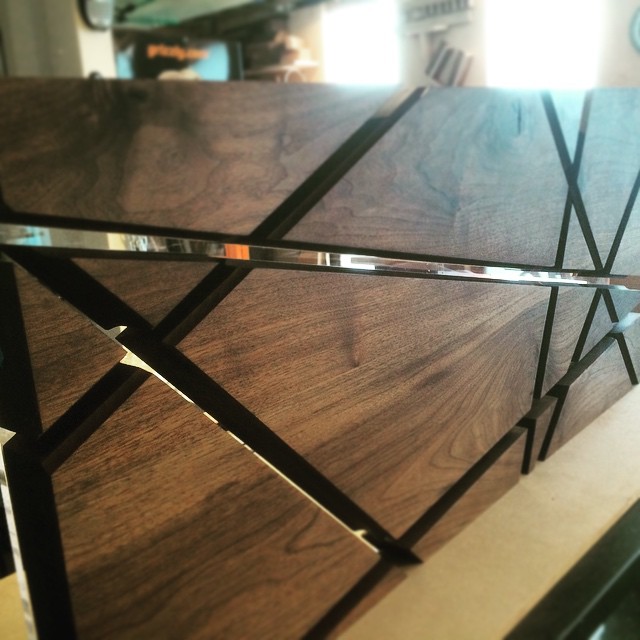 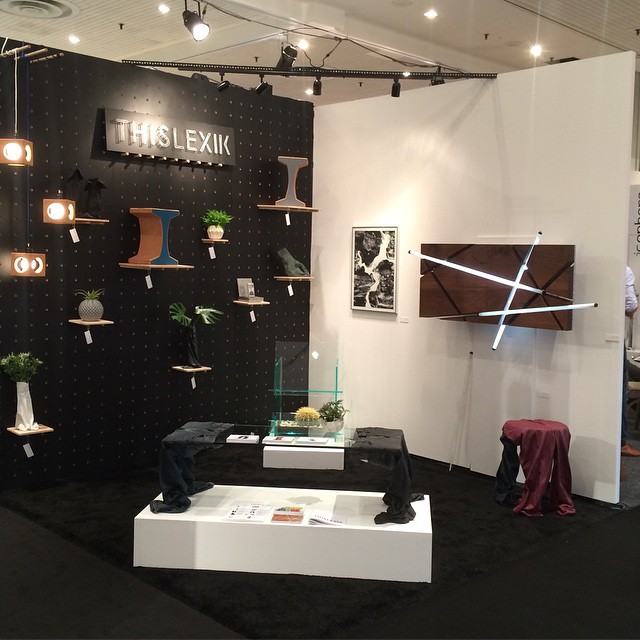 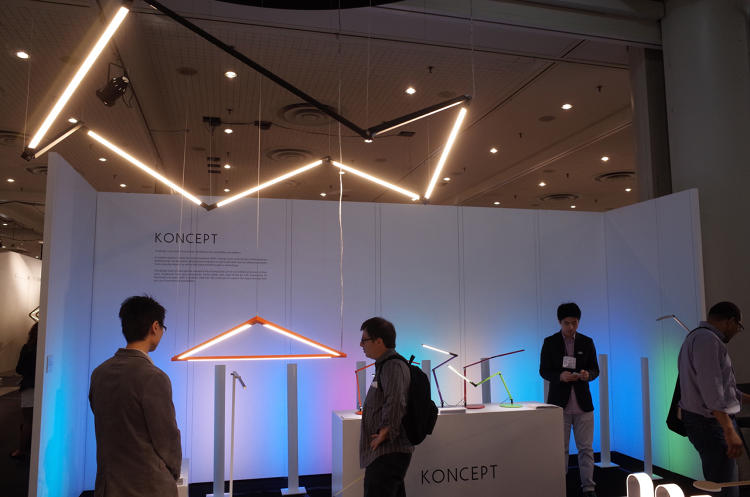 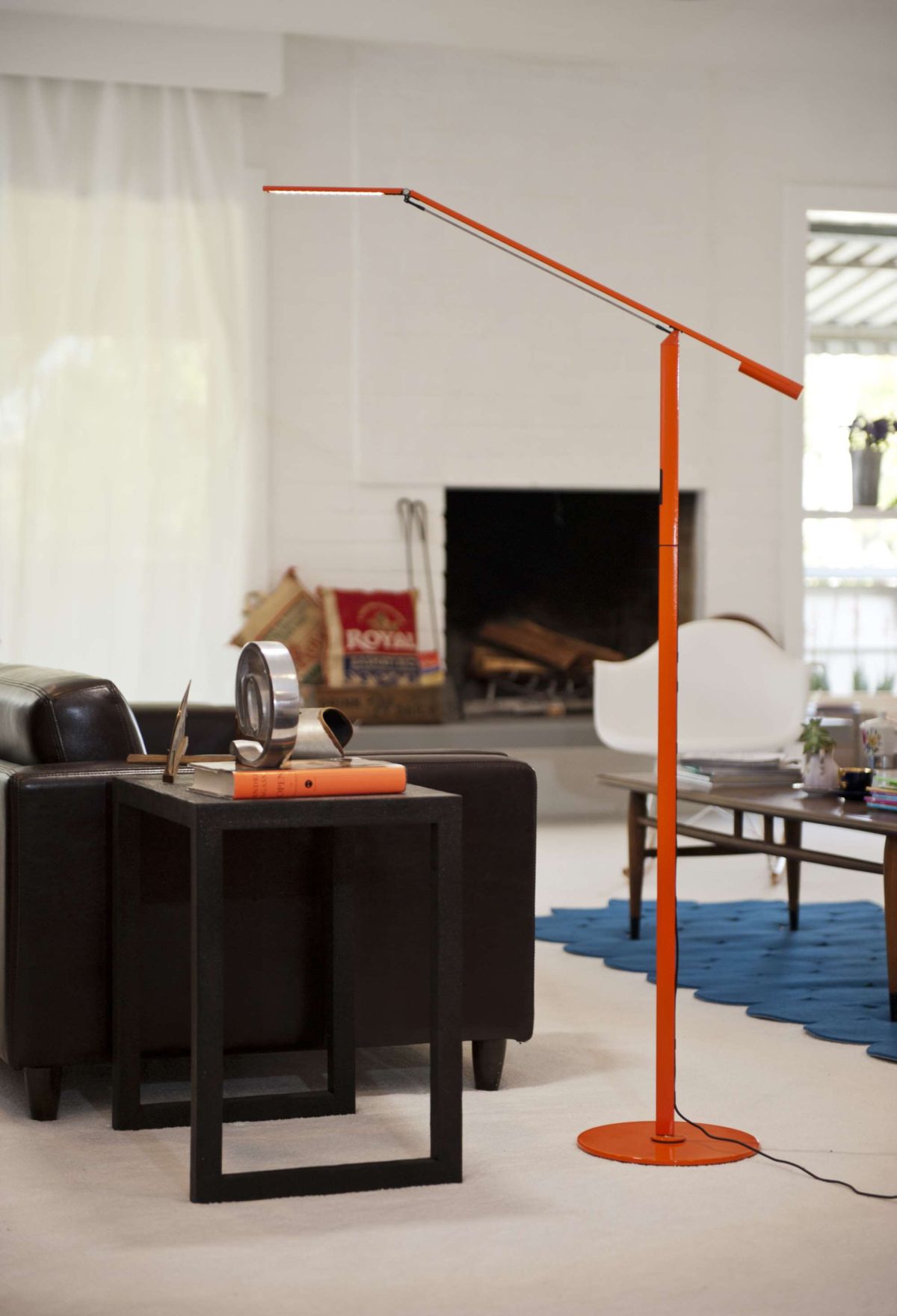 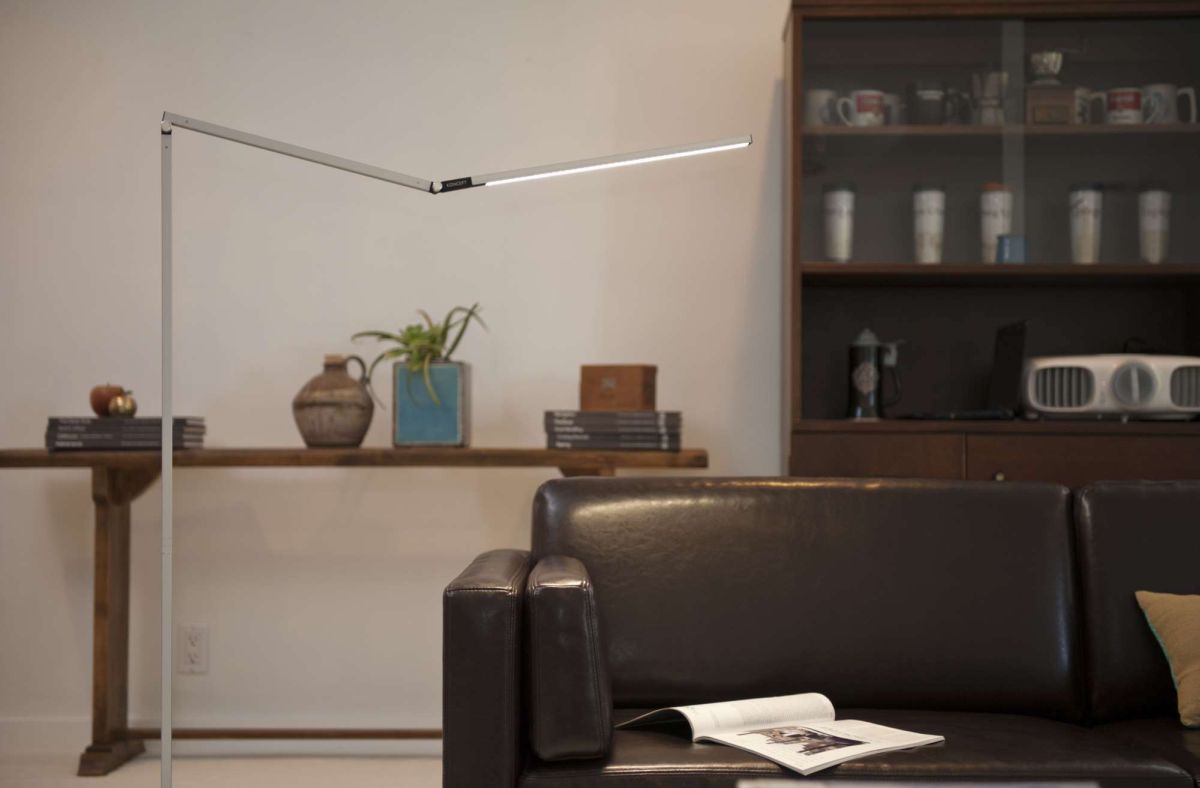 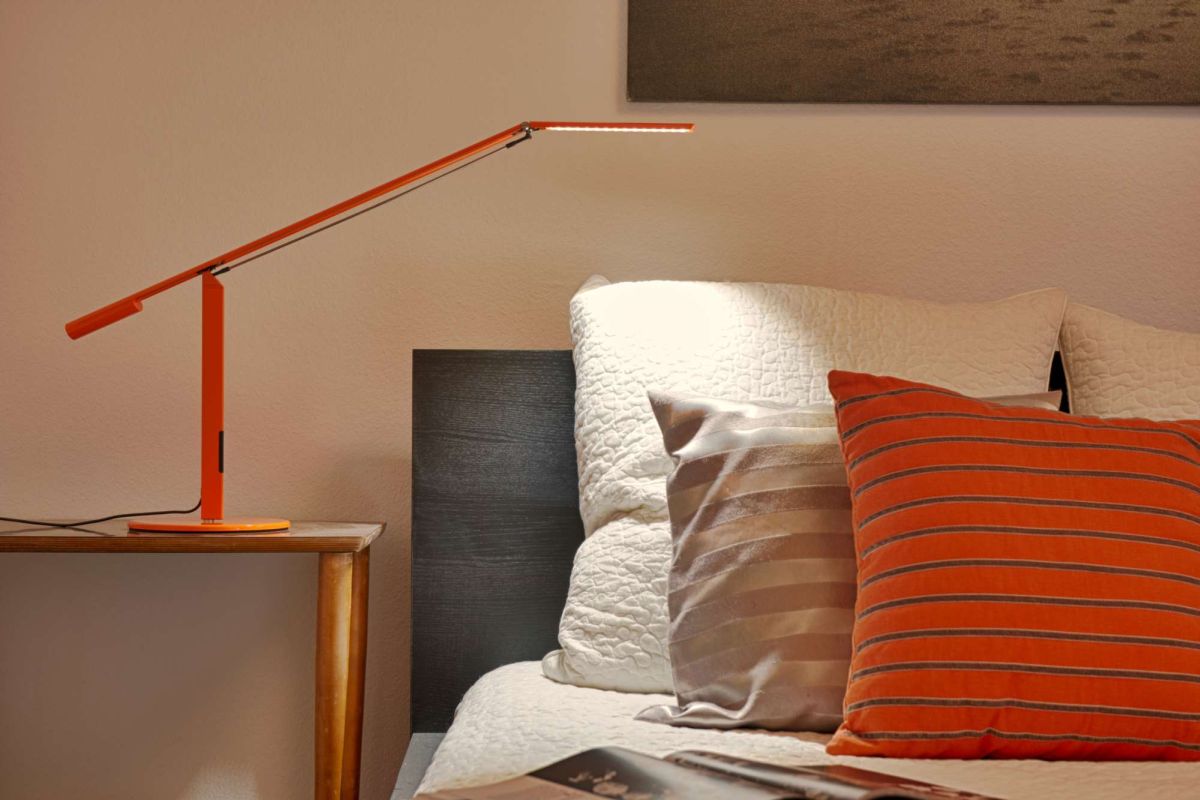 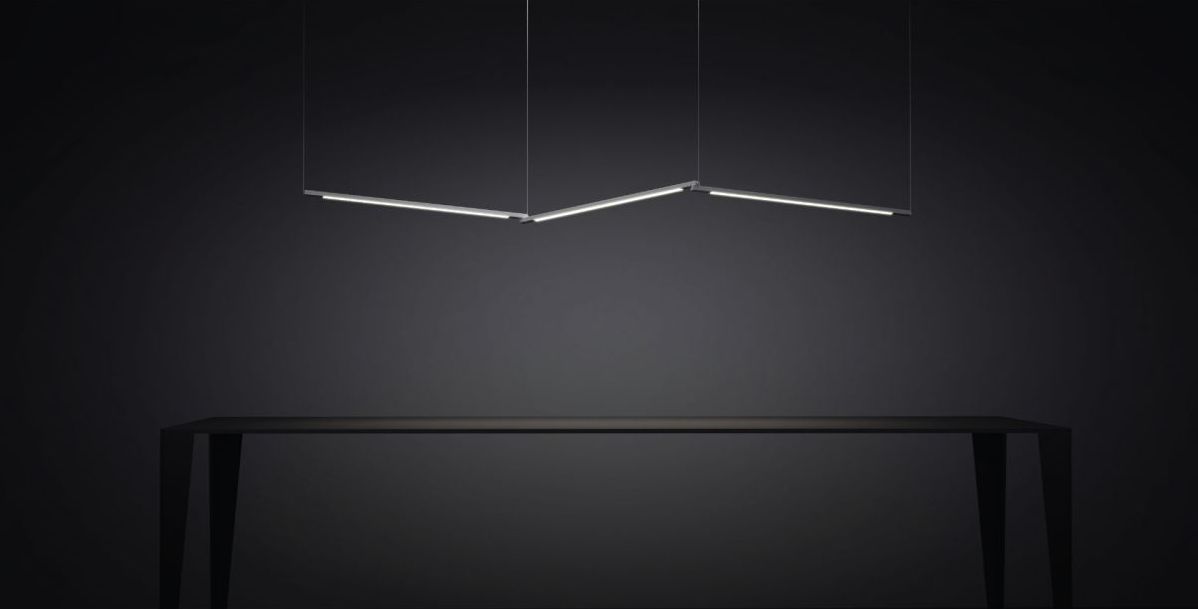 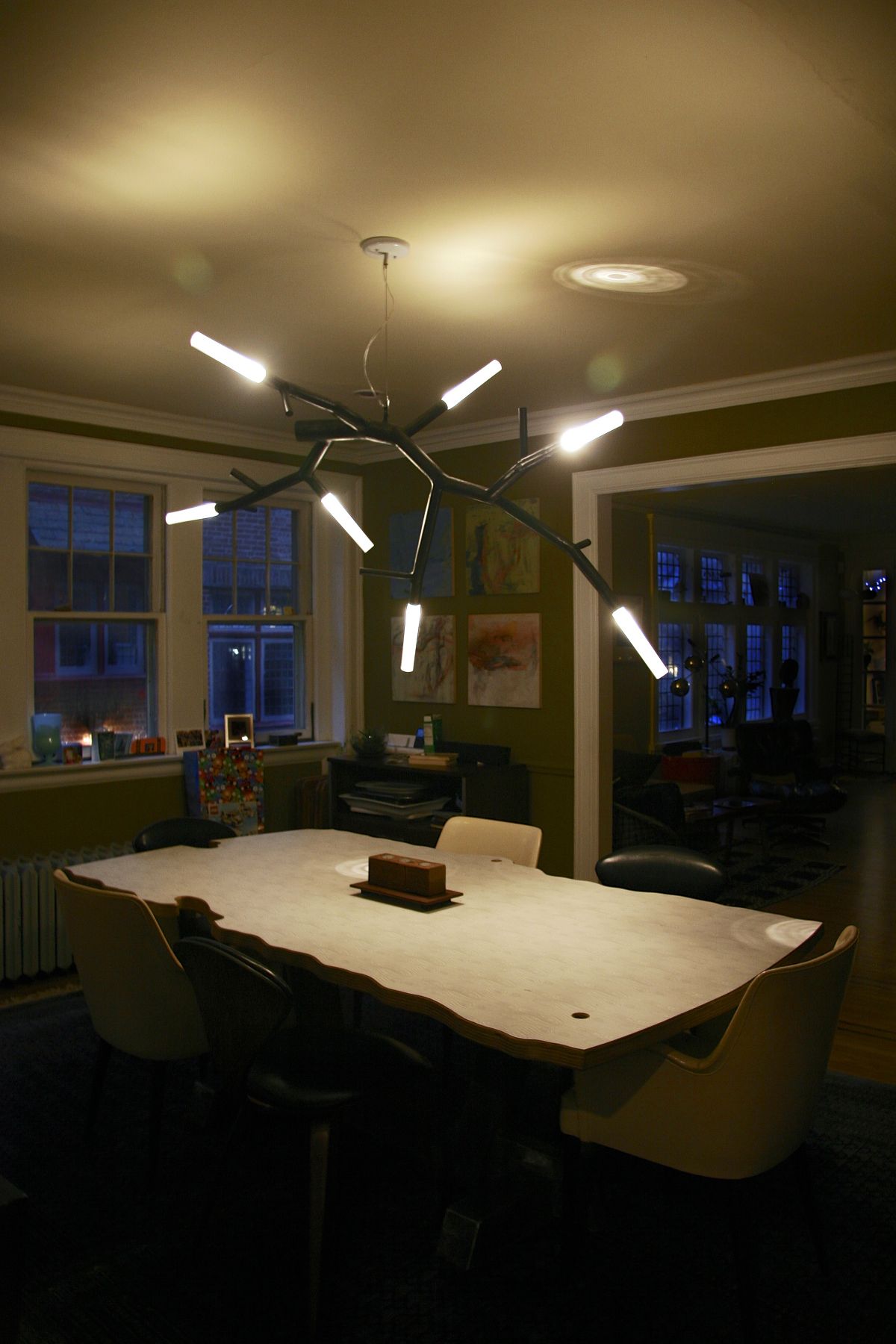 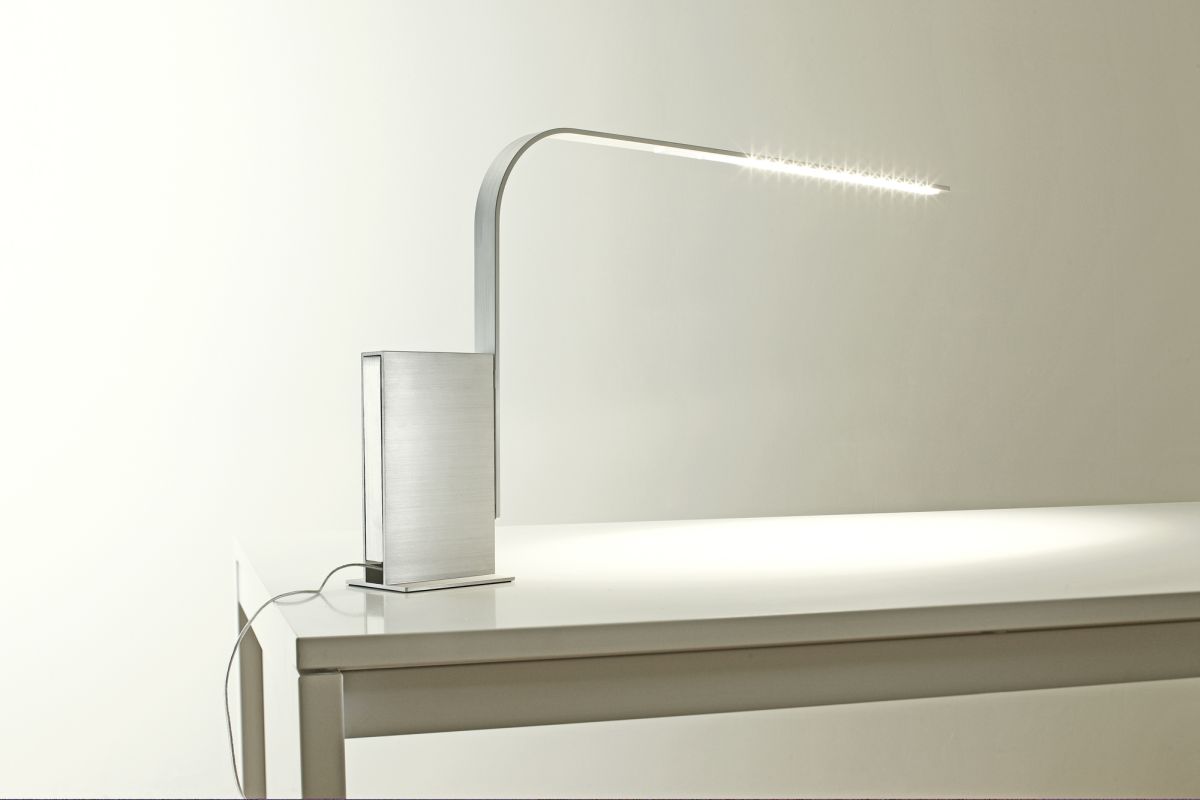 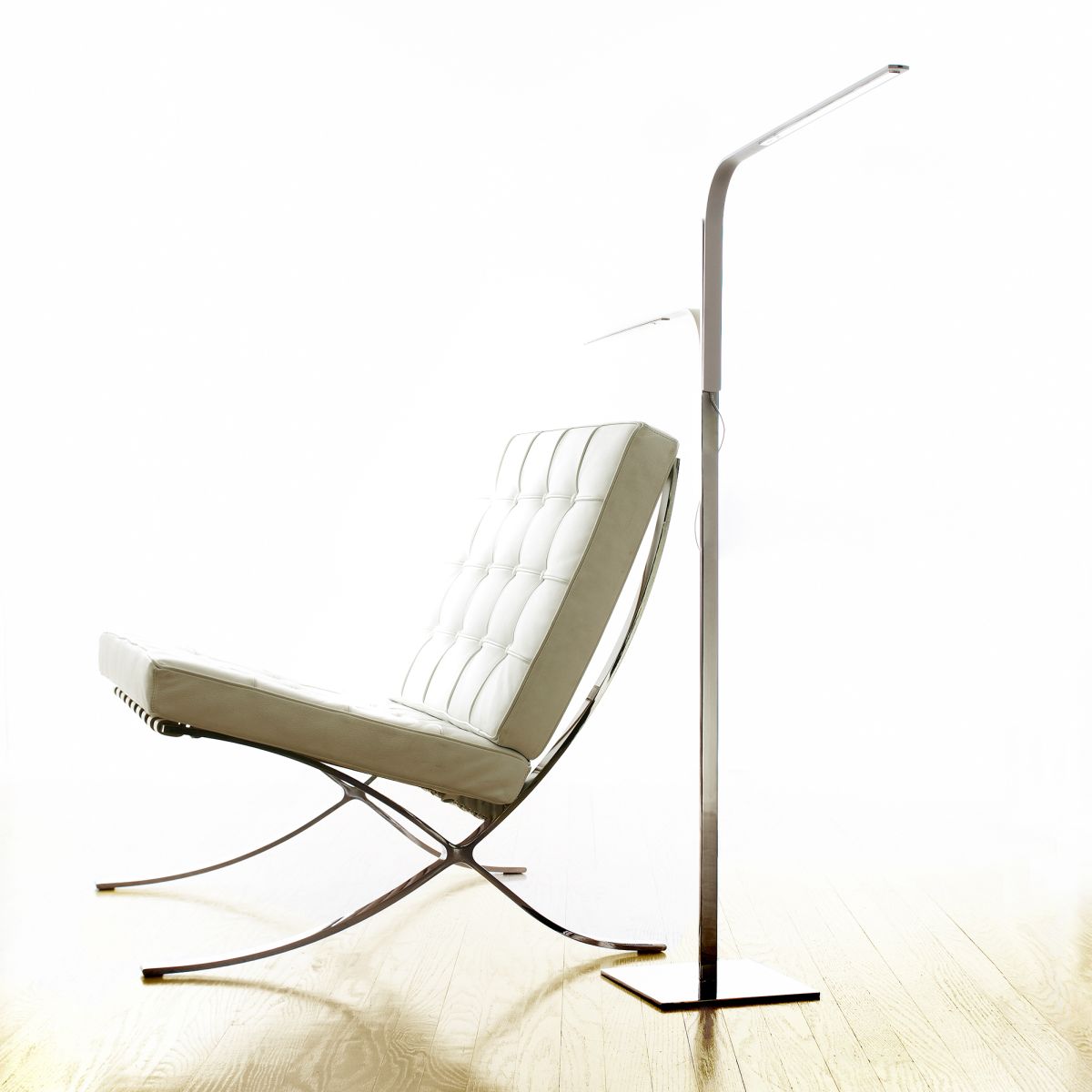 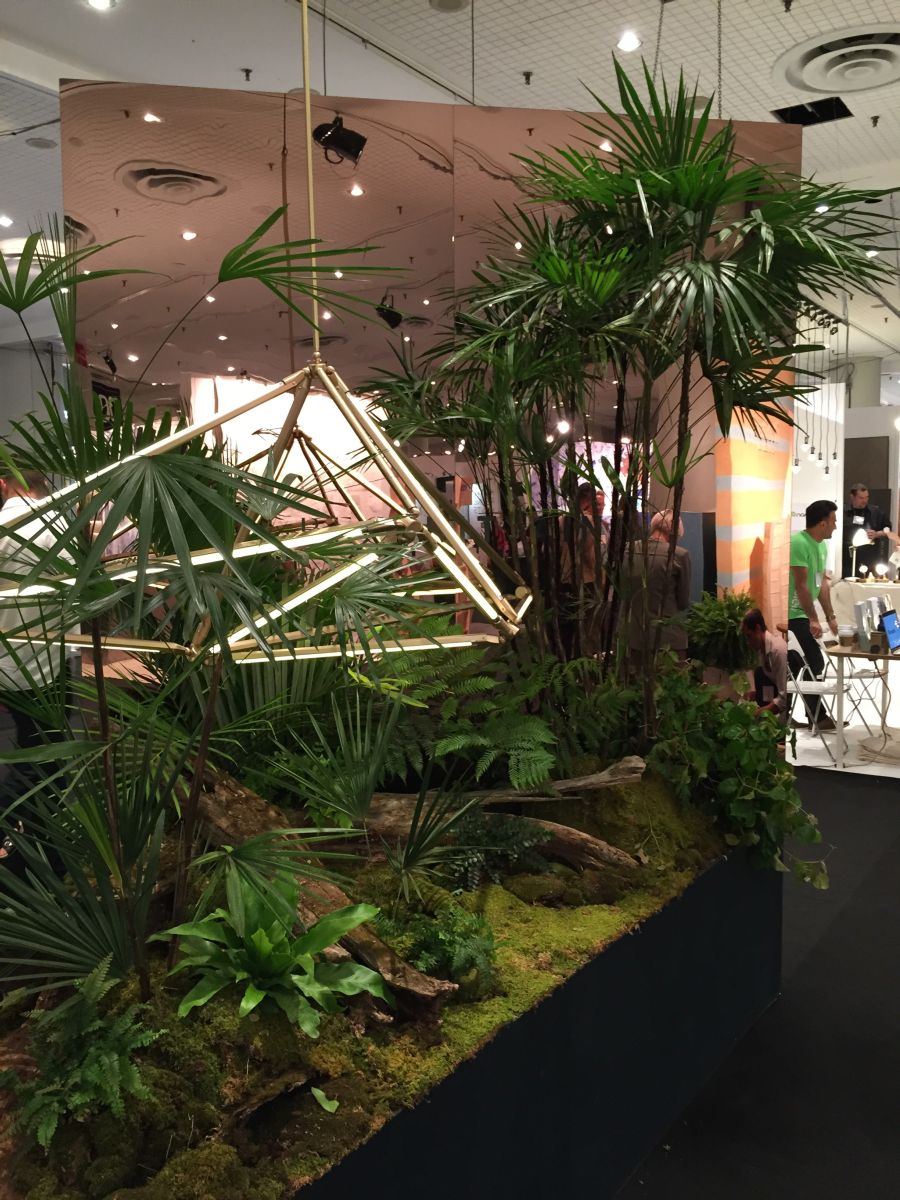 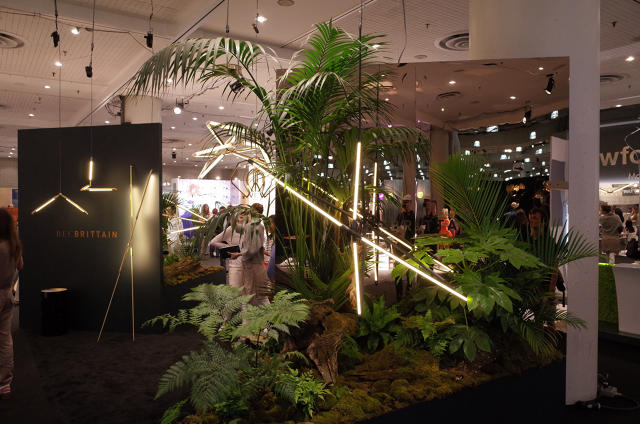 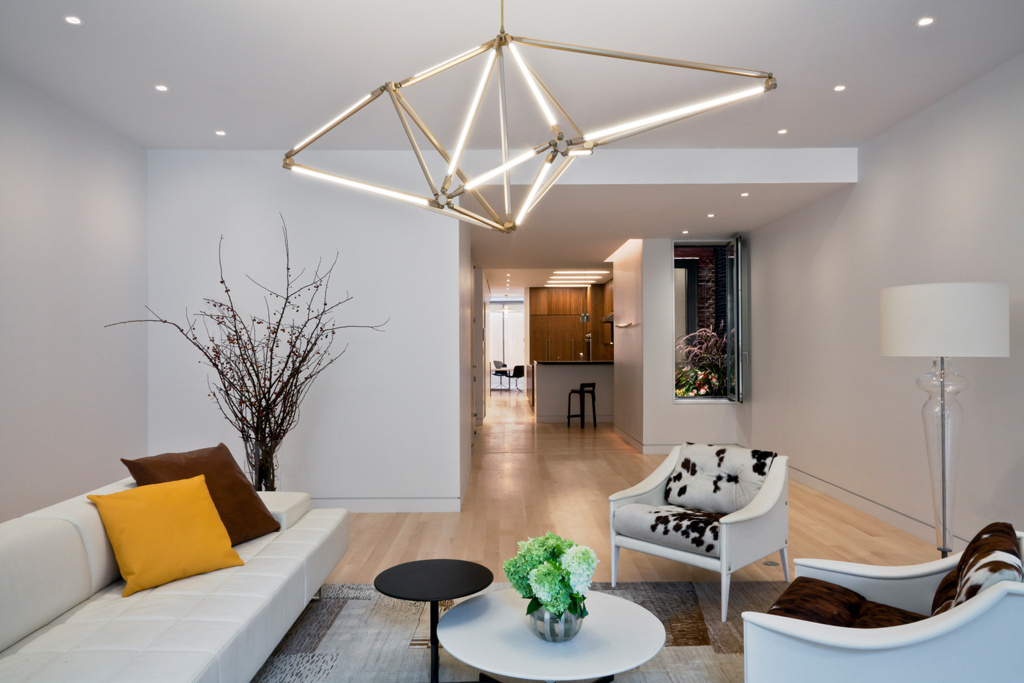 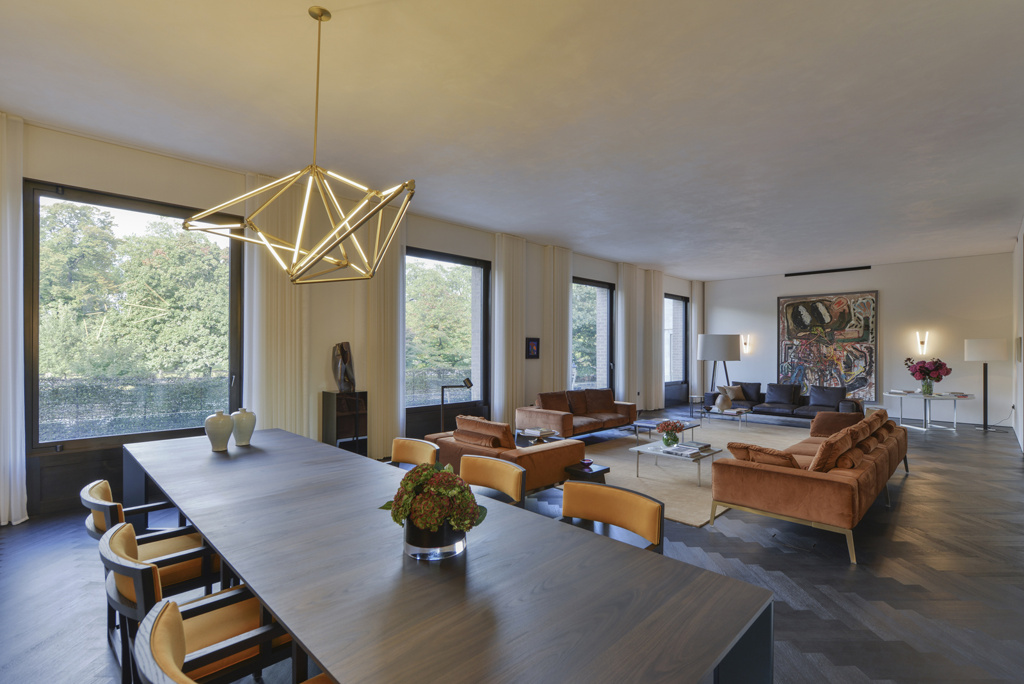 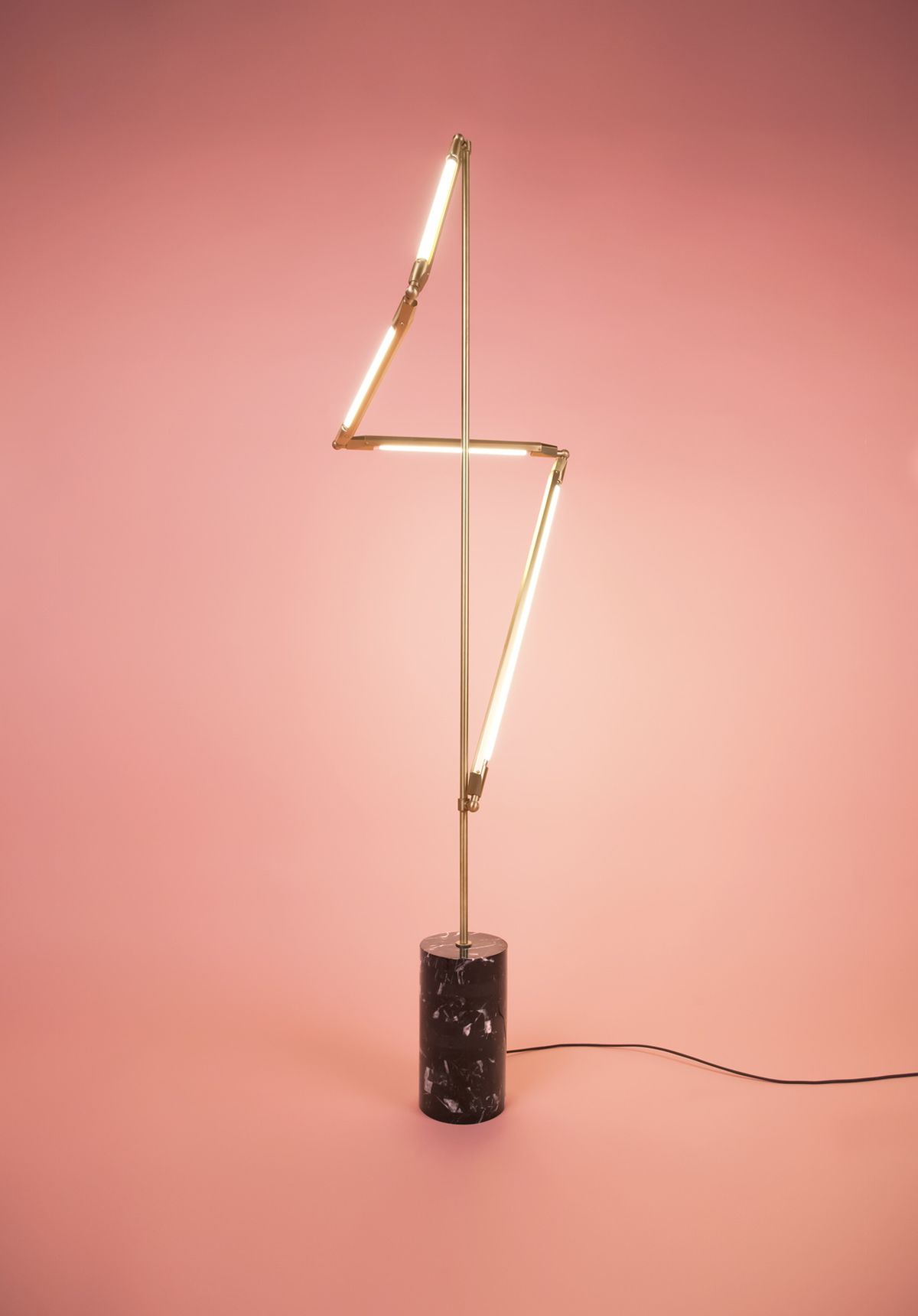 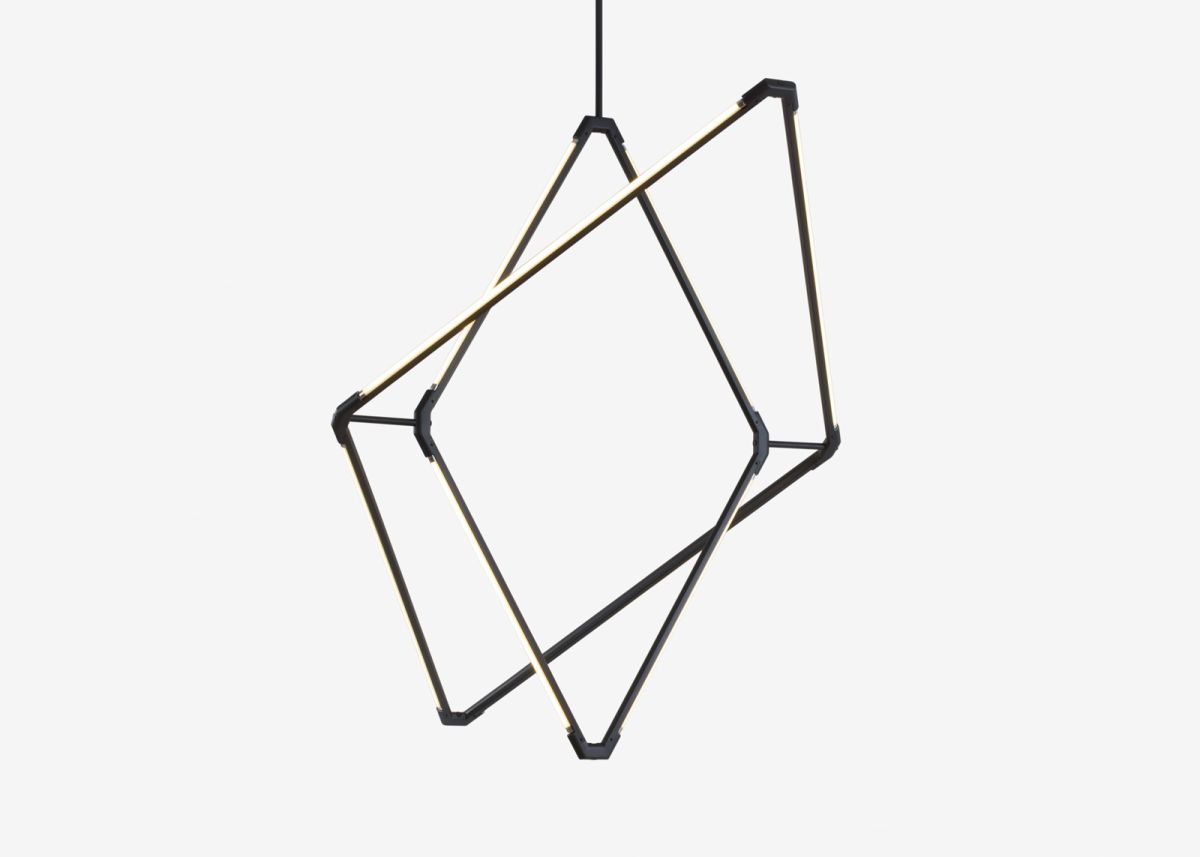 The advent of the LED light bulb did not only lead to energy savings: It has freed designers from the constraints of more conventional light bulb shapes as well as the heat produced by those bulbs and by halogen models. With a wide horizon of new possibilities, designers are making great use of stick bulb designs for all kinds of lighting — ceiling, wall, desk and floor.  All of the kinds of fixtures were on display at ICFF2015 in New York.

Stickbulb by Rux is widely known as one of the original designers to show these types of stick lights created with LED bulbs. These individual wooden beams are available in lengths of one to six feet and are designed to plug into a variety of steel connectors — without using any tools. The company likens it to an erector set of interchangeable components limited by your space and imagination.

Now the company has expanded to using the sticks as a base for a glass topped table, resulting in a piece that is a functional piece of furniture as well as a piece of lighting design artistry. Products by RUX are sustainable and are manufactured locally and affordably within a five mile radius of their New York City office. The company uses reclaimed and sustainably sourced woods and energy efficient LED technologies and components. They created the collection to use the least number of parts possible and to have connections that allow for easy separation for maintenance, recycling, or reuse.

These designs by Pelle are part of a new line and a departure from the bubble lights and other fixtures the company produces in its Red Hook, New York studio. Founded by Jean and Oliver Pelle, the studio aims to marry aesthetics and functionality in pieces that are meant to be used, handled, worn and enjoyed. This collections includes the chandelier and wall sconce seen here.

A number of stick designs for desk and floor lamps were also shown. Among the more interesting collections was this one by Curio. These wooden lamps, accented with bright colors, uses a light pipe like the one in a copier or a scanner. Curio has taken it from a mundane component to a feature that, combined with an led, emits light that has no glare and doesn’t cast multiple shadows. A great bonus is that it also includes integrated bluetooth!  With their free app users can control one or more of these dimmable fixtures with a smartphone.

Modern Verve created their LED Flute Light H design, which they say was inspired by aircraft design of the golden era. The unique pieces are made in Seattle, Washington.

Brookyn-based Thislexik introduced their Arc Light. Made mostly from solid walnut, the wall fixture incorporates three levels of depth, allowing the light bulbs to overlap. Most interestingly, the light bulbs are interactive and  illuminate when brought closer to the wood.

Koncept also showed a variety of LED stick light fixtures, such as their Equo floor lamp. It uses a streamlined counterweight design that balances the body on a slight stand and weighted base. The LED portion tilts and maintains its angle until you change it. A lovely slim and functional modern fixture. It is also comes in a desk lamp model, which is equally stunning.

The Z-Bar collection is Koncept’s award-winning design for desk and floor lamps. The streamlined design contains LEDs and three simple bars. The light is controlled with one finger on a touchpad, which has a dimming option.

If you need  ambient light, you can turn the LED head to the ceiling. Use it as a reading light by pulling the LED head down to sofa or chair level. When not in use, the lamp head can be folded against the body and for a sculptural design piece.

At ICFF, Koncept showed the pendant version of the Z-Bar, is a unique and customizable fixture that can bend, attach, float, or hang according to your space and design preferences. It can be made in any shape or configuration to best enhance the space it is lighting.

CP Lighting‘s newGROWTH 2 LED is a minimalist fixture they call  “brancheliers based upon the idea of a tree that grows into a light fixture.” These custom pieces can be made in any size and configuration, including single and multi-cable versions or in mobile styles like their Vine series. This modern take on a tree branch uses frosted acrylic cylinders to transmit the LED light.  A perfect piece for many rooms — both modern or mainstream.

Sleek and minimalist desk and floor lamps from Pablo Designs also employ LEDs in a versatile desk and floor design. Venezuelan-born designer and founder Pablo Pardo’s studio showed the LIM desk,  which is an ultra-slim LED task light. The arm hides an array of LEDs and uses a very fun magnetic attachment system that makes it easy to adjust the lamp. This line is also available as the LIM Block, LIM floor, and LIM C under-surface.

The thin LED tubes of Bec Brittan’s SHY light can be configured in an endless array of designs to suit the space where it will hang.  The critically acclaimed SHY pieces use light to define the edges of their shape so that “function of the piece is created by its form and vice-versa.” The studio also has transformed the tube light concept into other lines like Zelda, Helix, Skyhooks and Sooner Than Later.  All are designed and engineered by Bec, who worked as Design Director for the renowned Lindsey Adelman Studio before opening her own Brooklyn studio. Many of her distinctive designs make use of tube lighting.

The Helix floor lamp is made with custom brass hardware and LED tubes that wrap around a central support, anchored by a stone counterweight.

Brass-encased LED tubing is turned into  suspended planar forms in the Zelda line. It is available in multiple shapes, sizes and configurations making it suitable for many types of space. The flexible form can be used as a single diamond, arranged concentrically in geometric orbits, or combined like the links of a chain.

While not necessarily a new trend, tube and stick lights are now becoming a staple in lighting design. As functionality increases and designers develop more uses for LED technology, greater innovations and new designs will be available to illuminate your home.