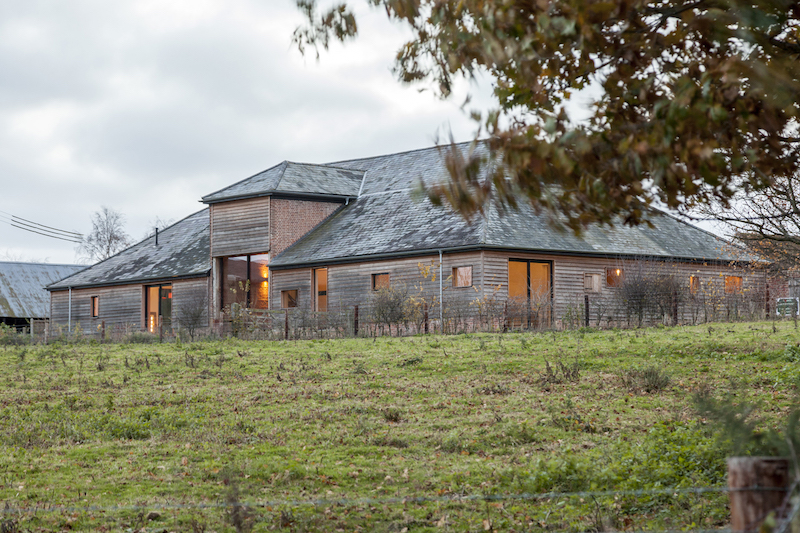 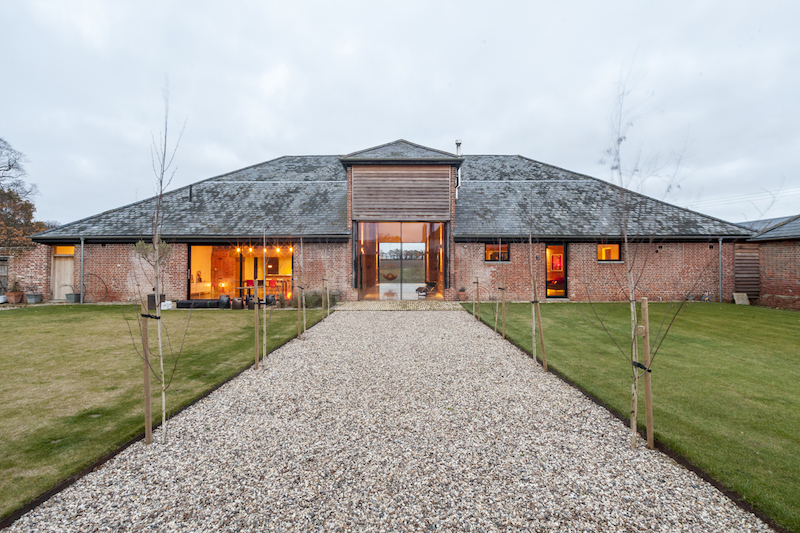 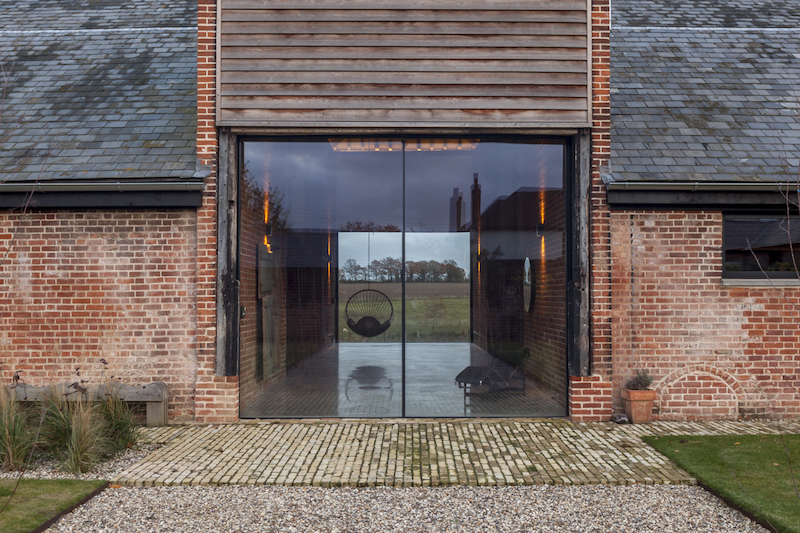 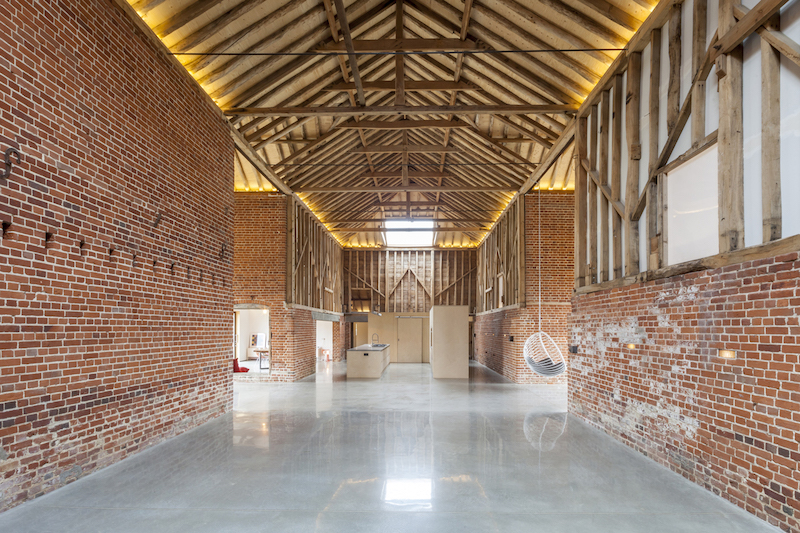 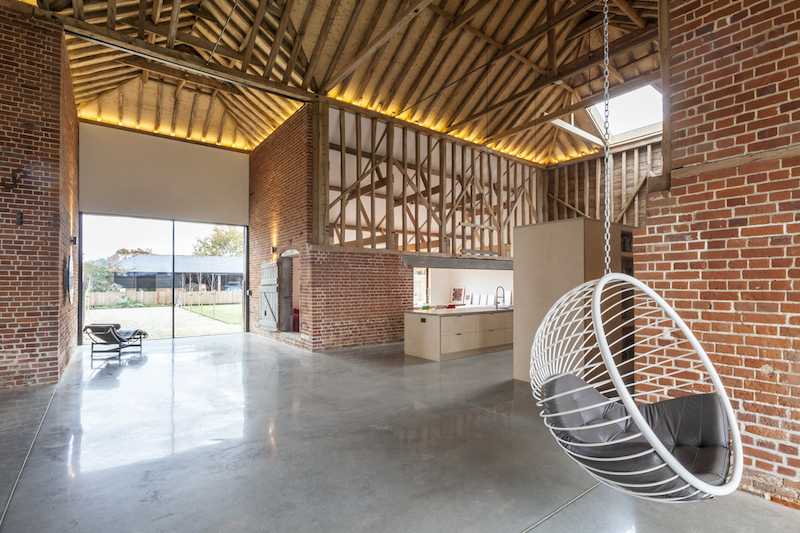 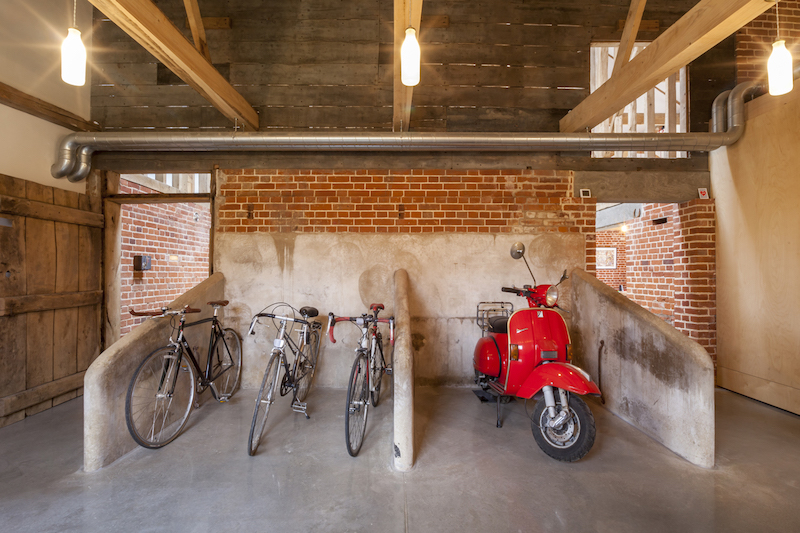 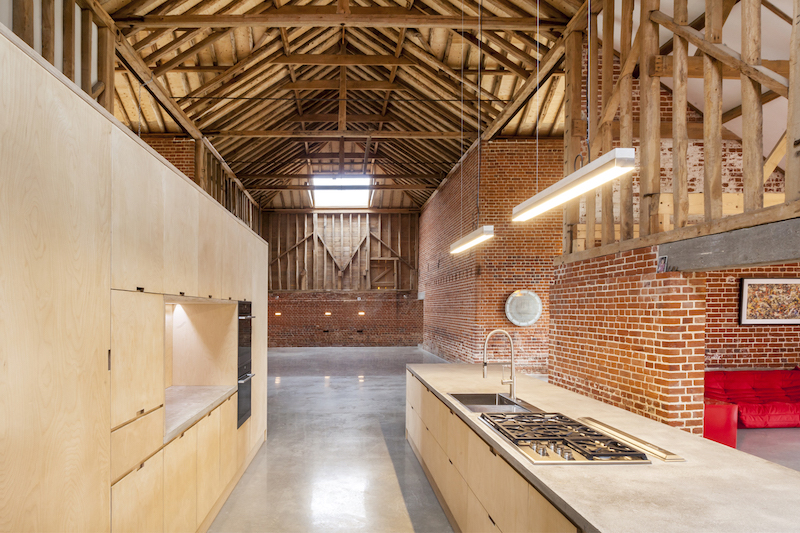 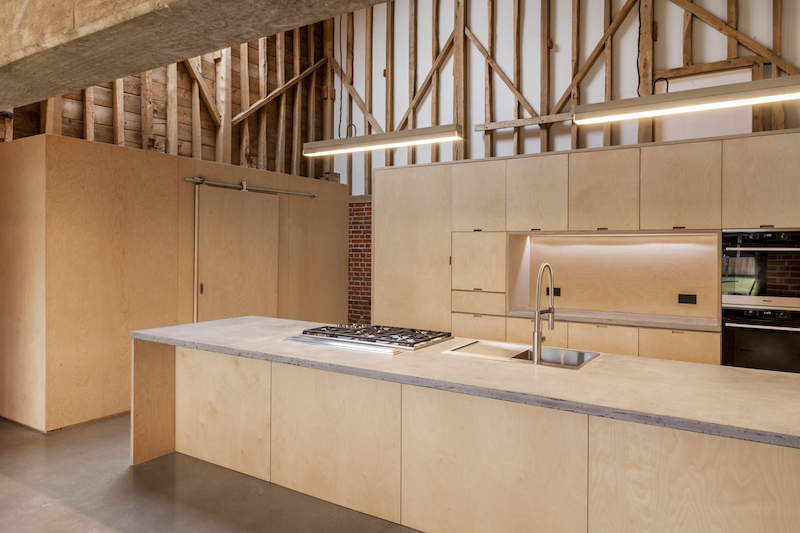 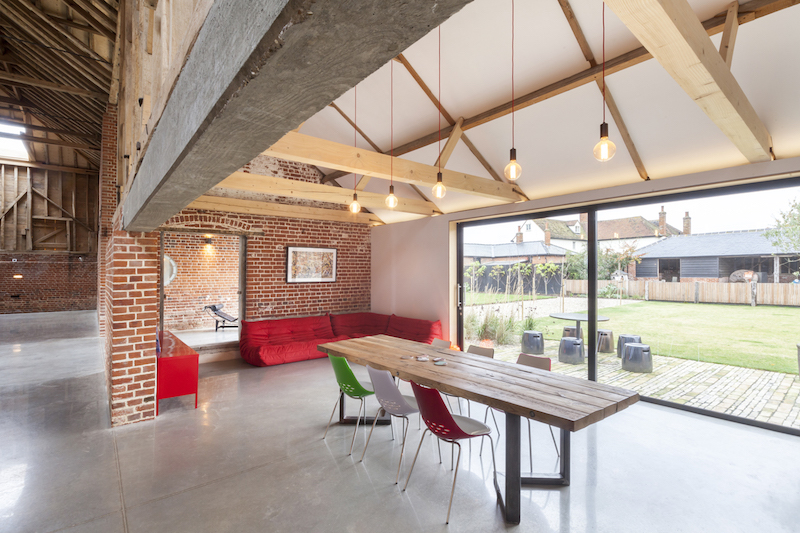 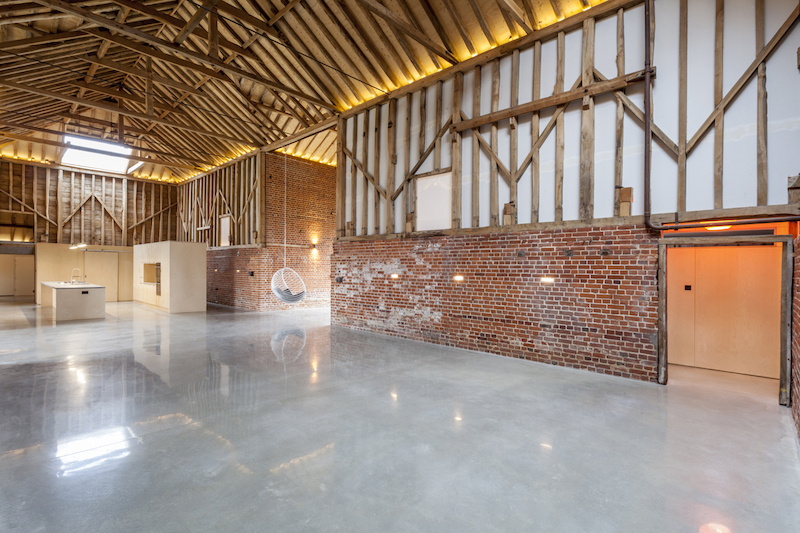 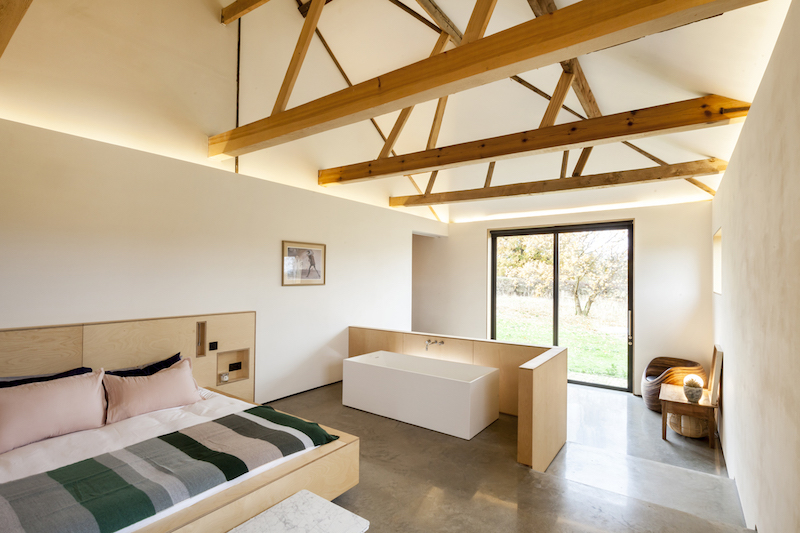 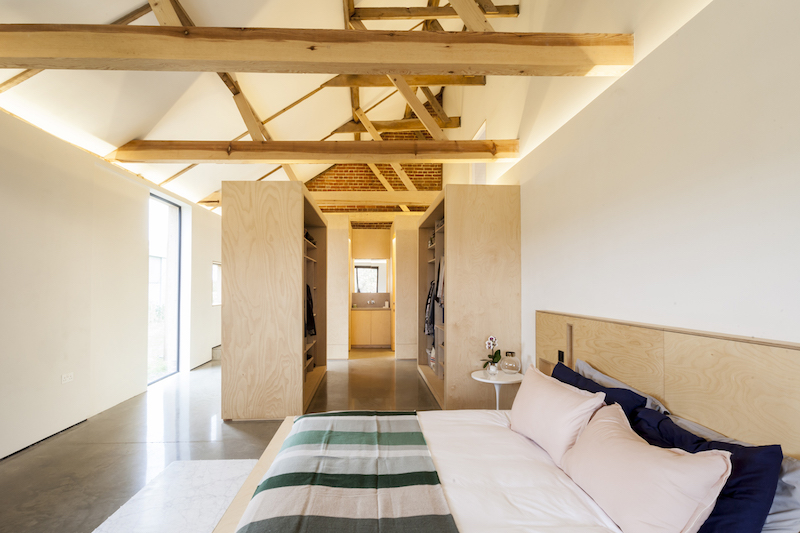 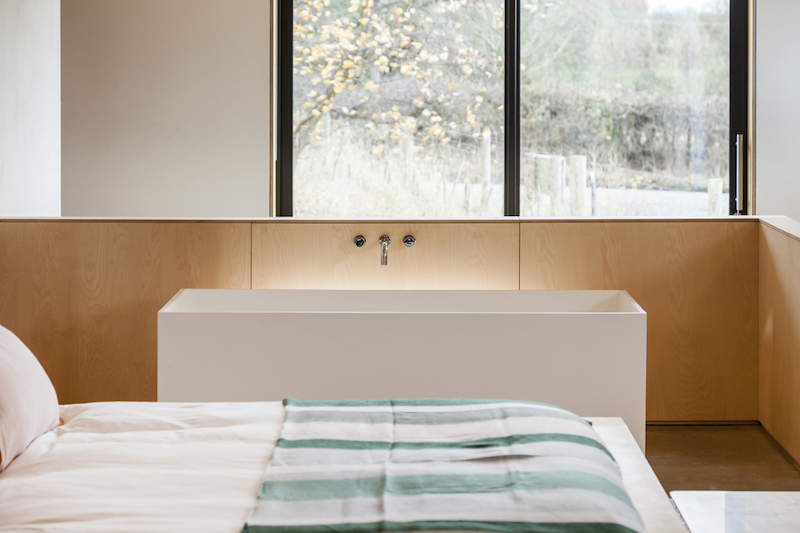 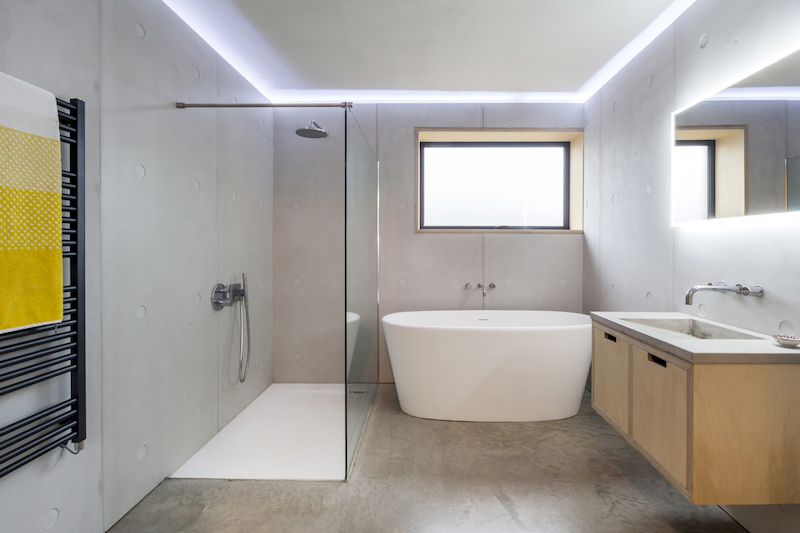 Barns aren’t usually very large. We picture them as cozy little structures made of wood and with those signature doors that we love so much. However, they don’t always look like that. This old barn in England is actually pretty far from that standard image. Not only is the barn huge but it also has a massive design. Old barns are transformed into homes all the time but each time the story is different and special in a way.

This was actually a part of a large complex. It was the biggest structure there, overpowering everything around it. When its new owners purchased the site, the building was in derelict state, just like all the other smaller structures around it. Those were demolished and the wood salvaged from there was used in the reconstruction of this massive barn.

The transformation was done by David Nossiter Architects. The clients actually stayed in a caravan on the site throughout the construction phase all the way to the end when they moved into their new home. They wanted the barn to be as open as possible so they didn’t wish to have dividers or walls between the spaces. Instead, they chose oversized furniture.

The interior of the barn is mostly a huge open space that functions as a social area. It contains the kitchen, living room and dining space. The kitchen features a neutral tone of beige which actually makes it blend into the decor, allowing the space to feel even larger.

The sectional sofa and the dining chair add some color to the space. They also create a cheerful and vibrant ambiance that contrasts with the brick walls, exposed beams and polished concrete floors. The roof was completely refurbished and now it features all the insulation on the exterior. A lot of the reclaimed wood featured in the interior design comes from some of the smaller building that used to be on the site.

Freestanding birch plywood sheets are used to organize the spaces and to provide privacy for the bathrooms and sleeping areas. The bedroom suite, for example, has a tub in the room, by the bed. It’s framed by the wall and low plywood panels for privacy. This layout was preferred for its openness. Notice that the walk-in closet is also an open space with no doors to separate it from the rest of the bedroom.