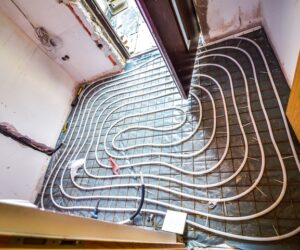 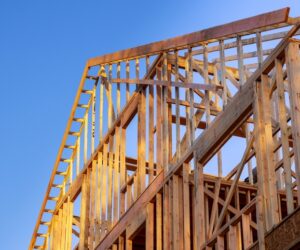 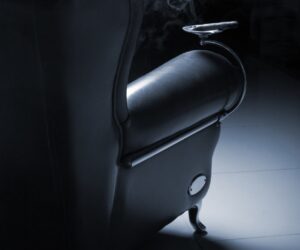 Have you ever made yarn tassels? It’s such an easy thing to do and one of the very first DIY crafts a lot of us came into contact with over the years. There’s a lot of projects that you can use yarn tassels for, like for example a beautiful wall hanging or a decoration for your home. Also, they make great cat toys. In this tutorial, we’ll go over the entire process of making yarn tassels from scratch and then integrating them into a simple wall hanging. Let’s get started!

Materials needed for this project:

How to make yarn tassels: step by step guide

Step 1: Prepare all your supplies

Being organized doesn’t always come naturally so it’s important to take a bit of time at the beginning of the project to gather all of the supplies and to make sure you have everything you’re going to need. This way you won’t have to stop in the middle of a task in order to get more supplies and it will all go smoothly.

Step 2: Start wrapping some yarn around the piece of cardboard

You should have a rectangular piece of cardboard that measures somewhere around 3” x 2”. Place it vertical in your hand and start wrapping some yarn around it until you’re happy with how full the tassel will end up being once the cardboard will be removed. Then cut off the excess yarn at the bottom.

Next, cut out a piece of yarn, run in between the yarn and the cardboard and then make a couple of tight knots at the top. Make sure the two ends of the yarn are fairly even because later on you’ll need to make a knot at the top, creating a loop that you can later use to hang the tassel. For now though leave it untied.

Step 4: Cut the yarn along the bottom

Now you have a bunch of yarn wrapped around a piece of cardboard with a loop at the top. The next thing you need to do is take the scissors and cut along the bottom, basically starting to give the tassel its final shape. Once you cut the yarn you’ll no longer need the cardboard template so you can put it aside.

Step 5: Rightly wrap some embroidery thread around the top of the tassel

After you’ve removed the cardboard, keep the yarn tassel in one hand and with the other wrap some embroidery thread around the top, dividing it into two sections. Wrap the thread tightly and use enough to create a visible band around the tassel. Then cut off the excess and tie a couple of knots to make sure the thread doesn’t become loose.

Step 6: Trim the ends of the yarn

The last step when making a yarn tassel is to trim the ends. Place the tassel between your index and middle finger to level out the yarn pieces and then cut the ends so your tassel doesn’t look messy. Now you can also make the tassel shorter if you feel like it’s too long.

You’re going to need five yarn tassels for this project. One is done and there’s four more to go. Now that you know how it’s done it shouldn’t take you as long to complete the other tassels. Repeat the same steps as before and try to make all the tassels look similar. They should be similarly full and long so it would be good t pay attention to how much yarn and thread you’re using for each one.

Step 8: Tie the tassels onto the branch

Once all five yarn tassels are completed, line them up and decide in which order they should be displayed. they should all look similar but since you used multi-colored yarn the appearance differs for each one. Next, take the first tassel, tie a knot at the top of the loop as mentioned earlier on in this tutorial, then use the remaining bits of yarn at the top to tie another knot around the branch. Cut off the excess yarn. Then continue and add the other four tassels in a similar fashion. You can choose to have them all lined up and hanging at the same height or you can mix and match and try some variations.

Now your tassel decorations are pretty much done and all that’s left to do is hang it. Take some more yarn and tie around one end of the branch, then around the other end and make sure you leave enough yarn in between so you can hang the piece. Make this yarn hanger as long as you want depending on where and how you want to hang the tassels. This is the final step of the project. Enjoy your new wall hanging!