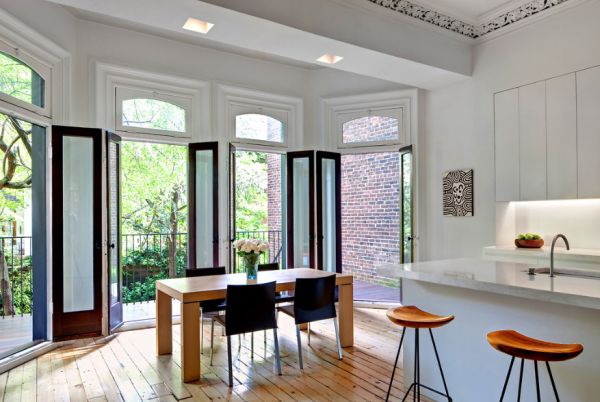 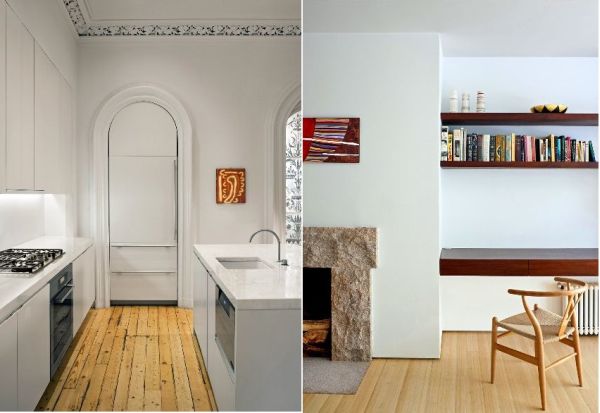 This beautiful house belongs to George Fares, now 56. He bought it a few years ago but spent several years looking for it. At first, he used to live is a studio and then is a one-bedroom apartment. At that time he thought that he would someday enjoy living in a townhouse so he started looking at some of them. Five years later he found this one and managed to purchase it.

It was a very beautiful house that still has most of the original details such as the moldings and the floral marble fireplace. Architect Julian King then started working at the house. He wanted to renovate it and modernize it but also keep all the 19th century details intact. The internal structure of the house had to be modified. What used to be a small bedroom was turned into an open kitchen and dining room. The original kitchen became a bathroom.

The whole interior of the house was painted white, including the floors. The rooms were then minimally furnished. The interior design is minimalist and features a mix of contemporary and vintage elements. The whole transformation of the house was a project that cost $200 per square foot and was completed in two and a half years. Its owner waited a long time for this home but he can now finally enjoy it.{found on nytimes}.