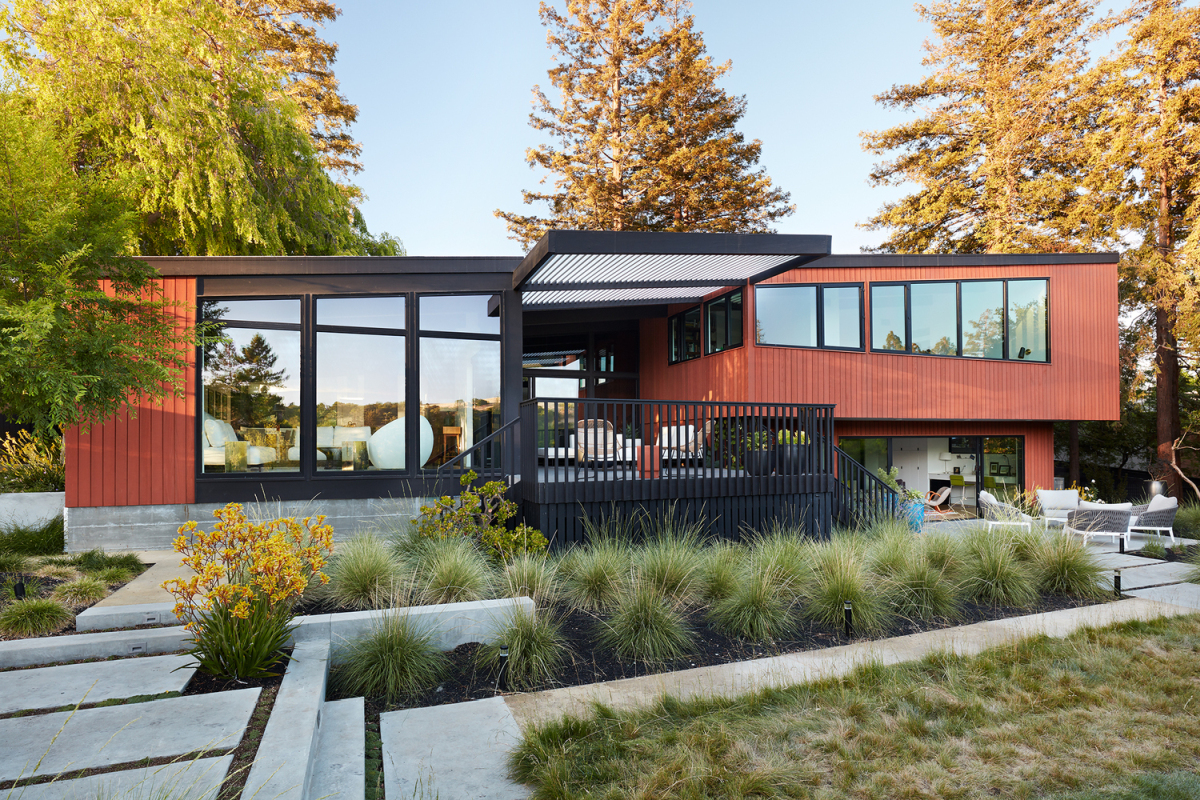 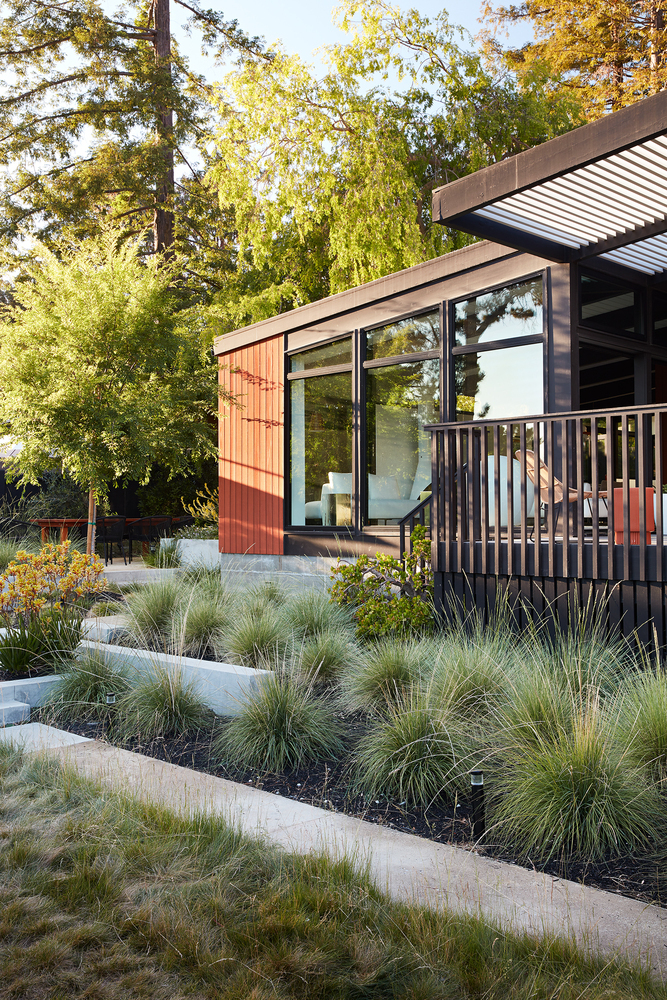 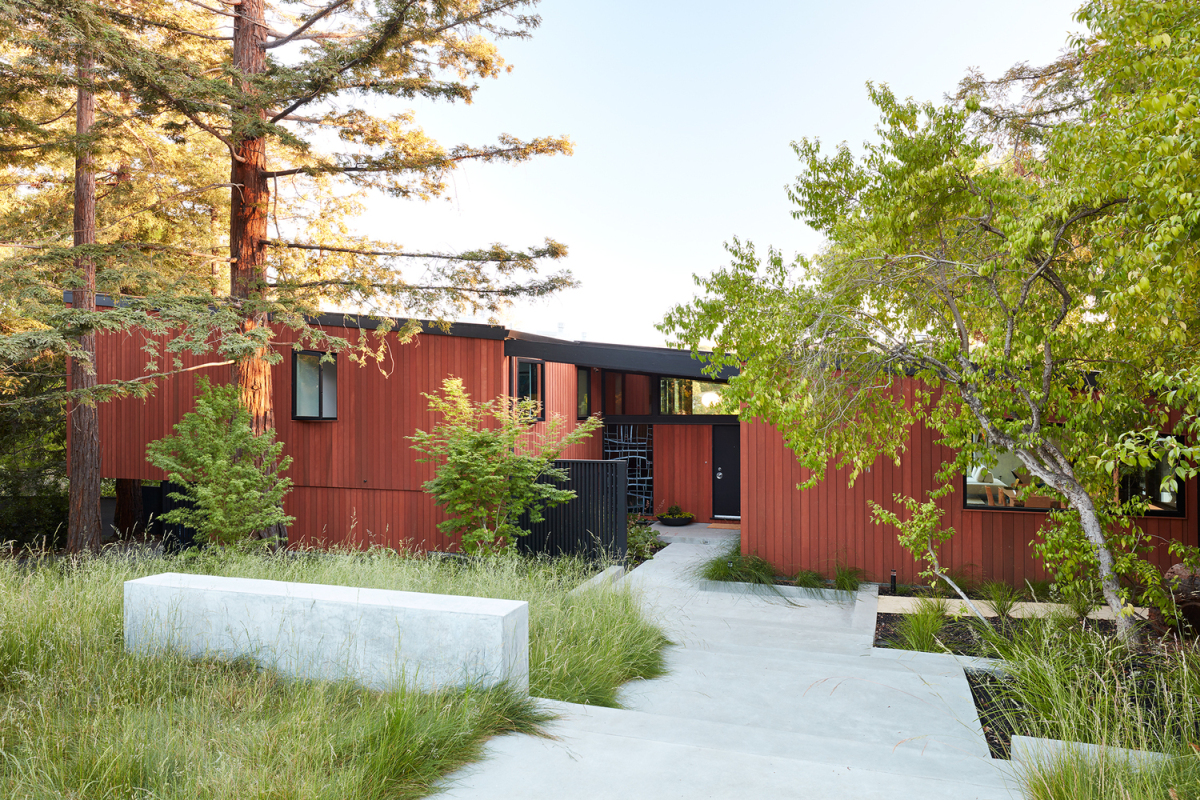 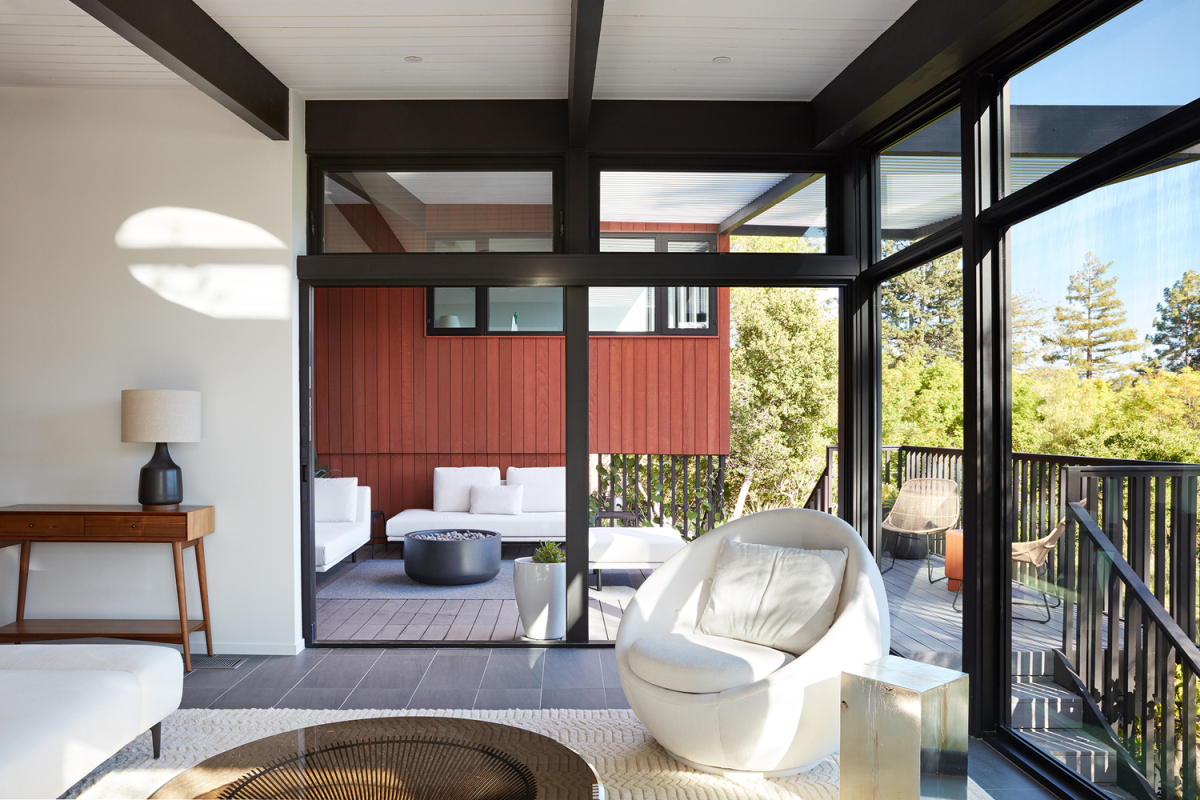 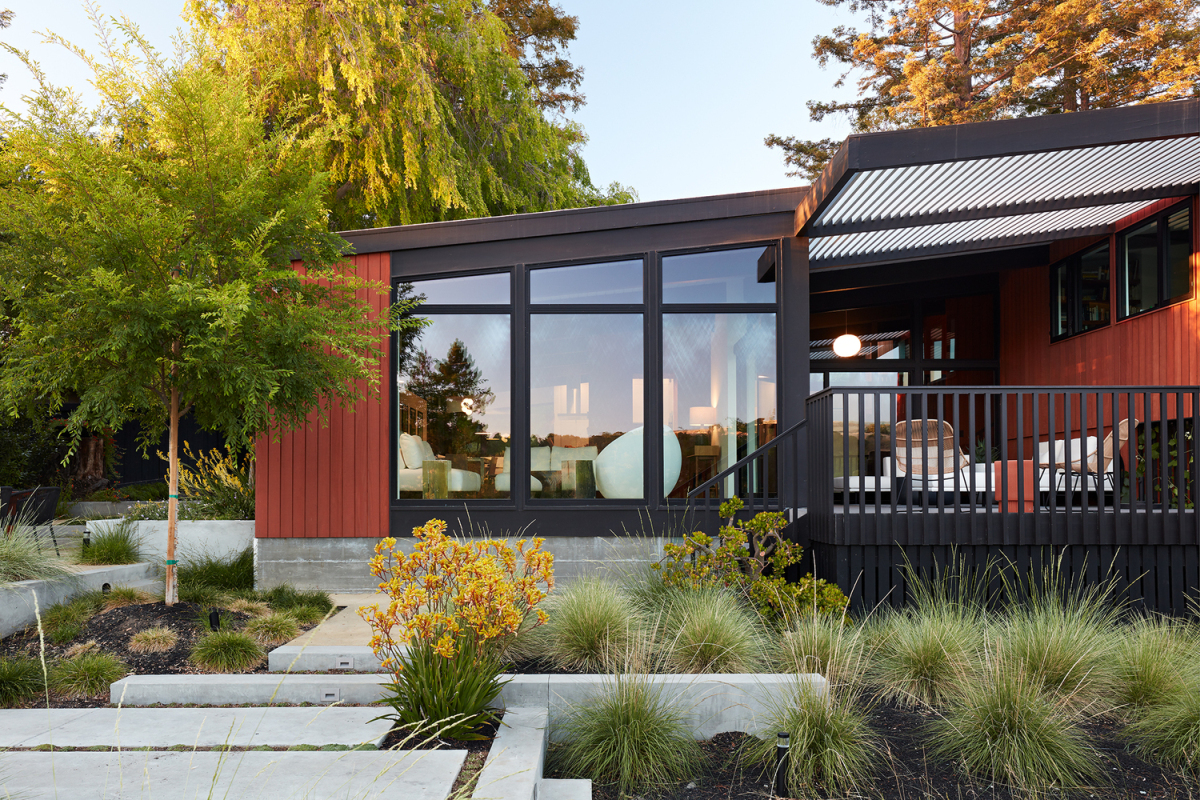 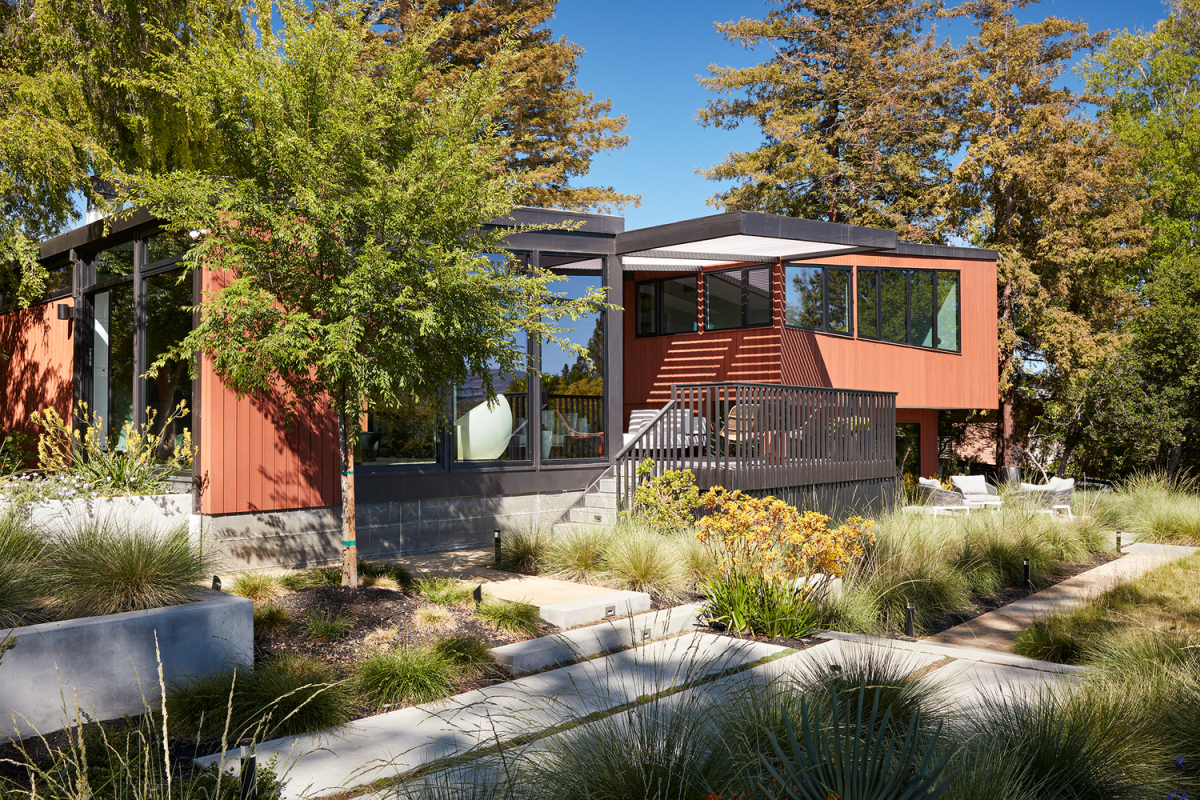 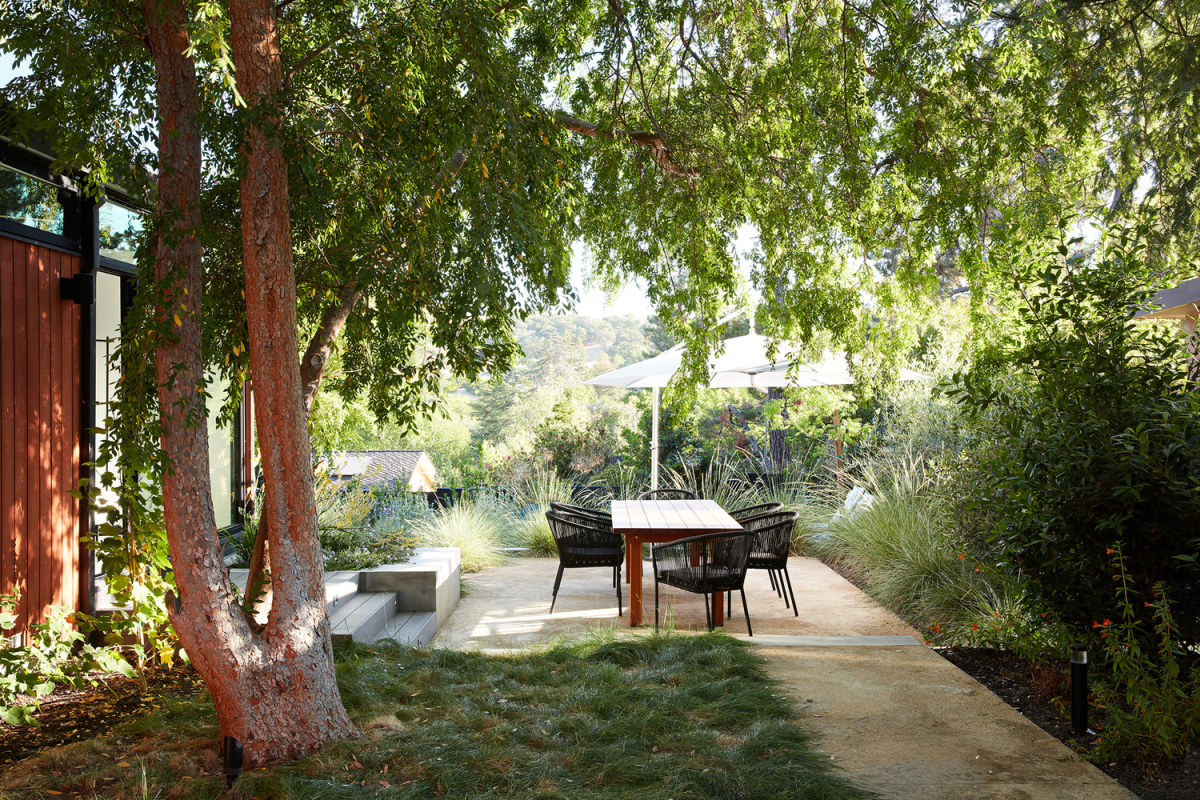 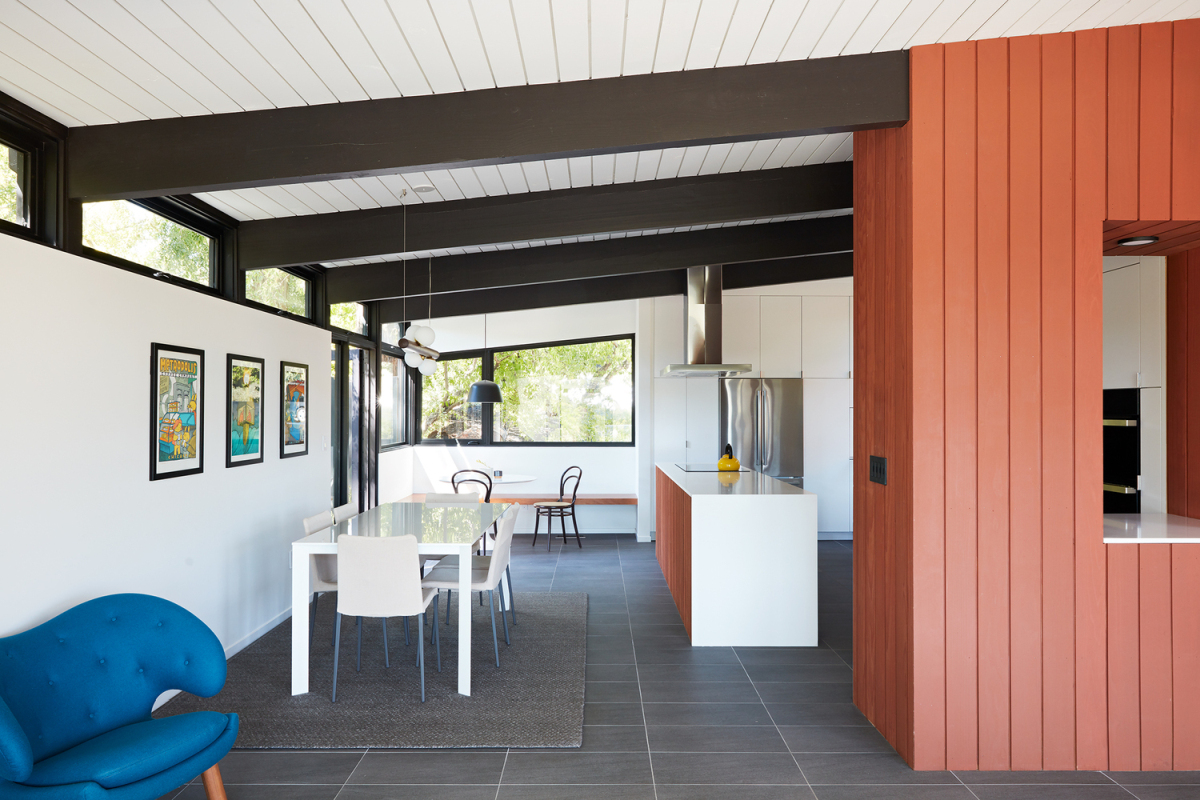 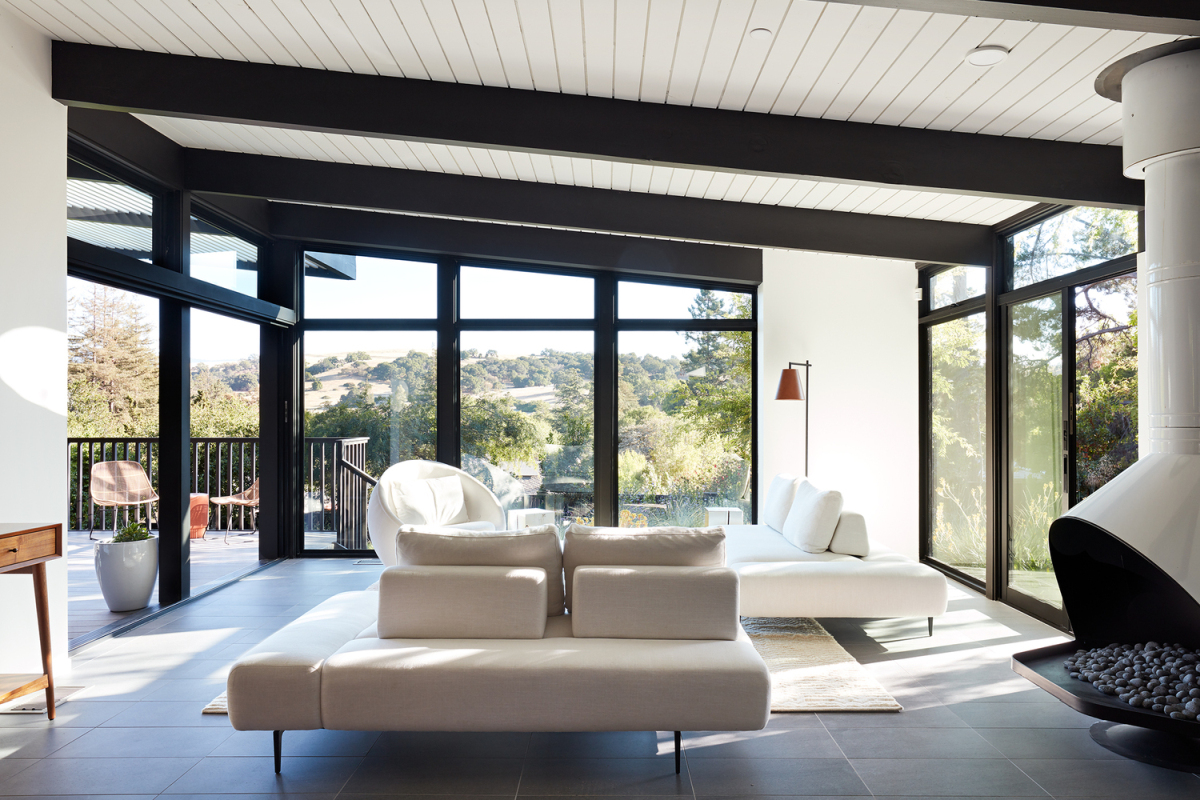 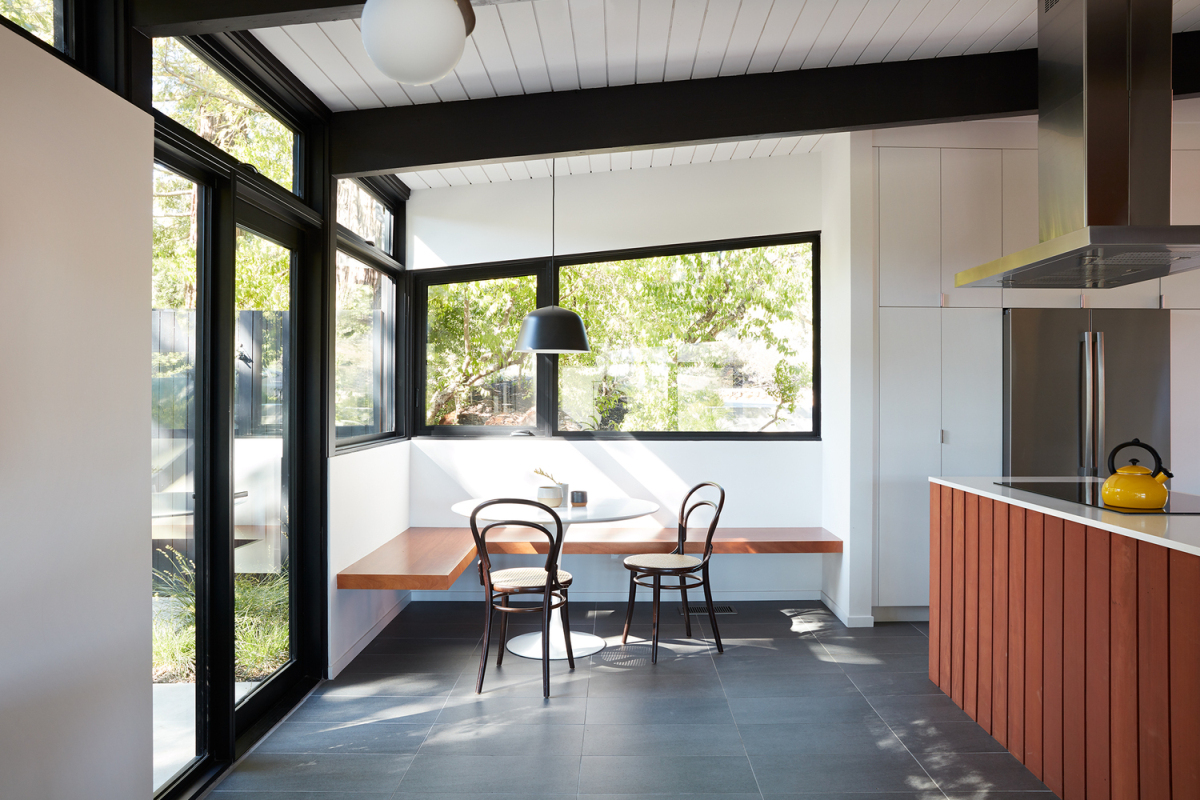 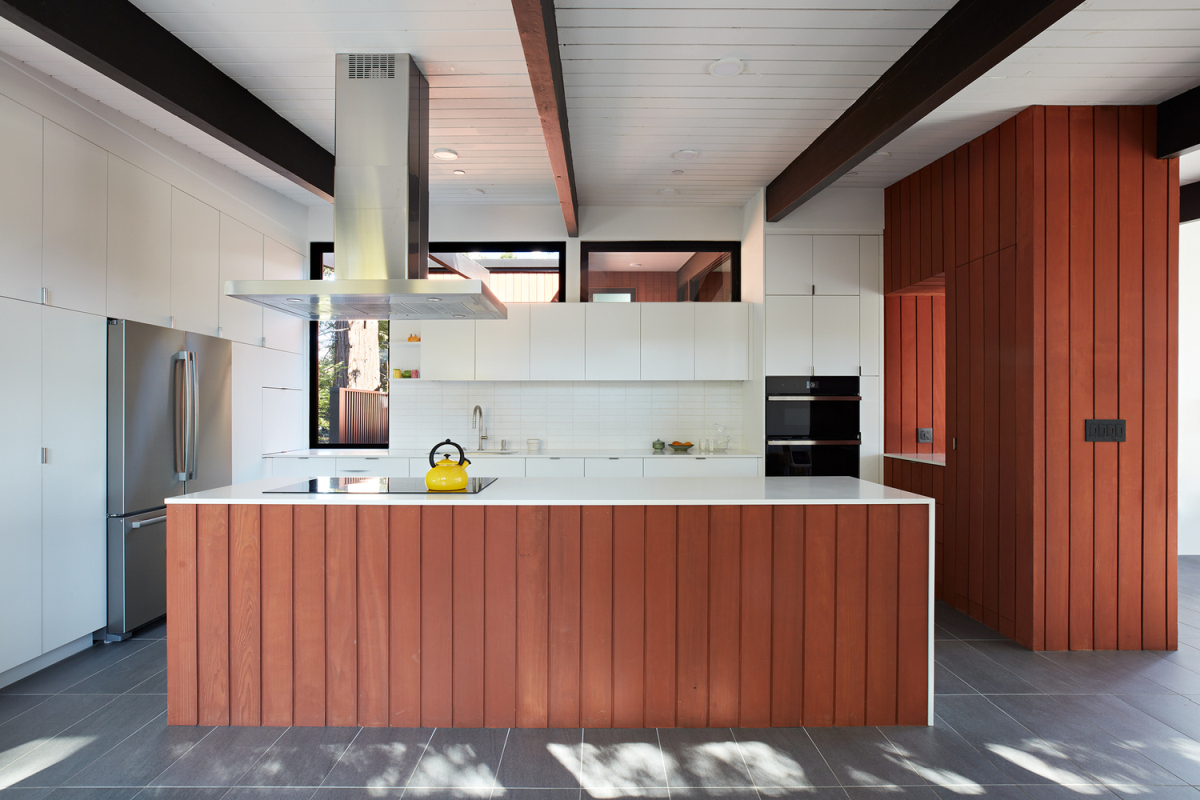 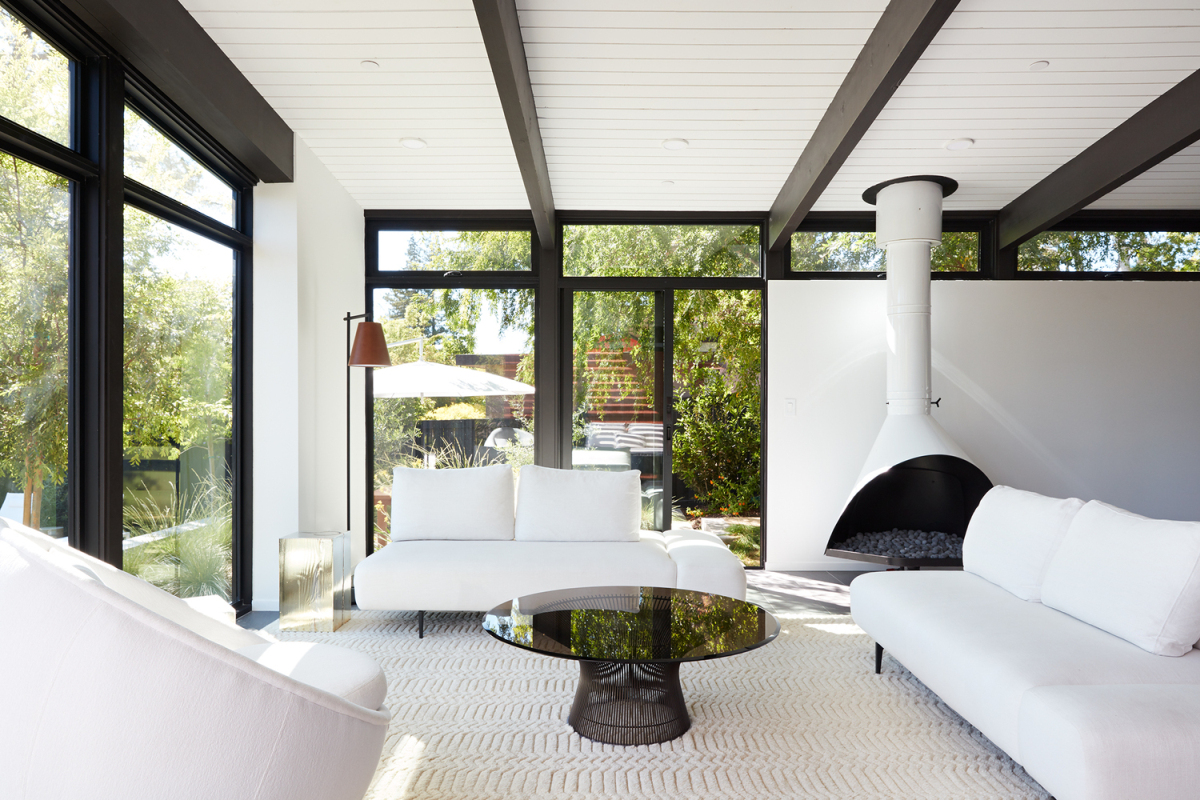 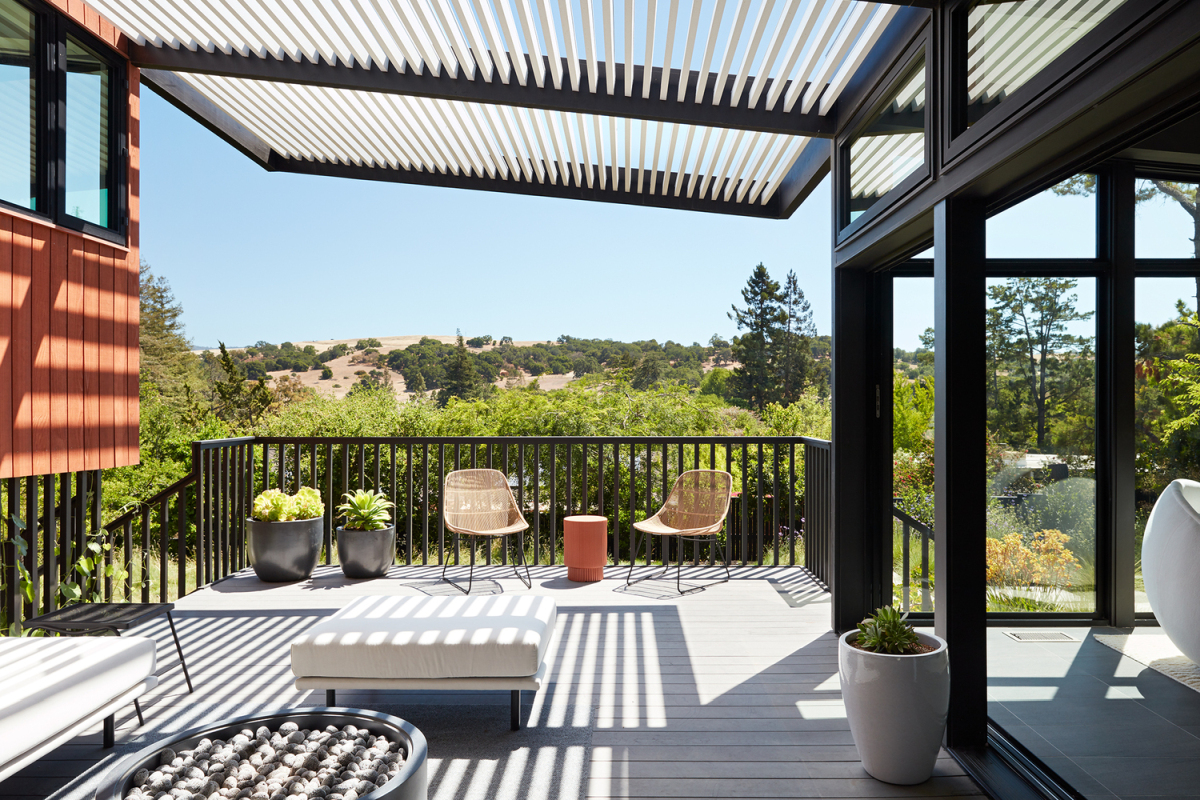 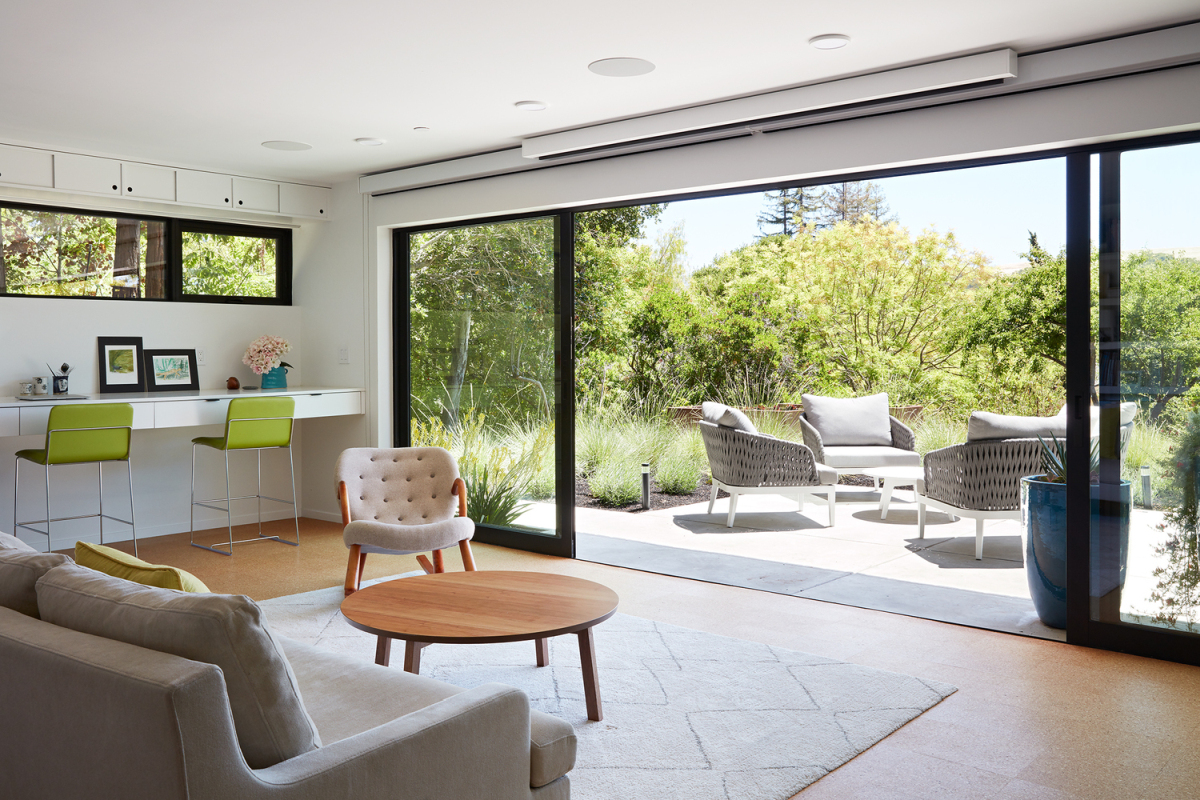 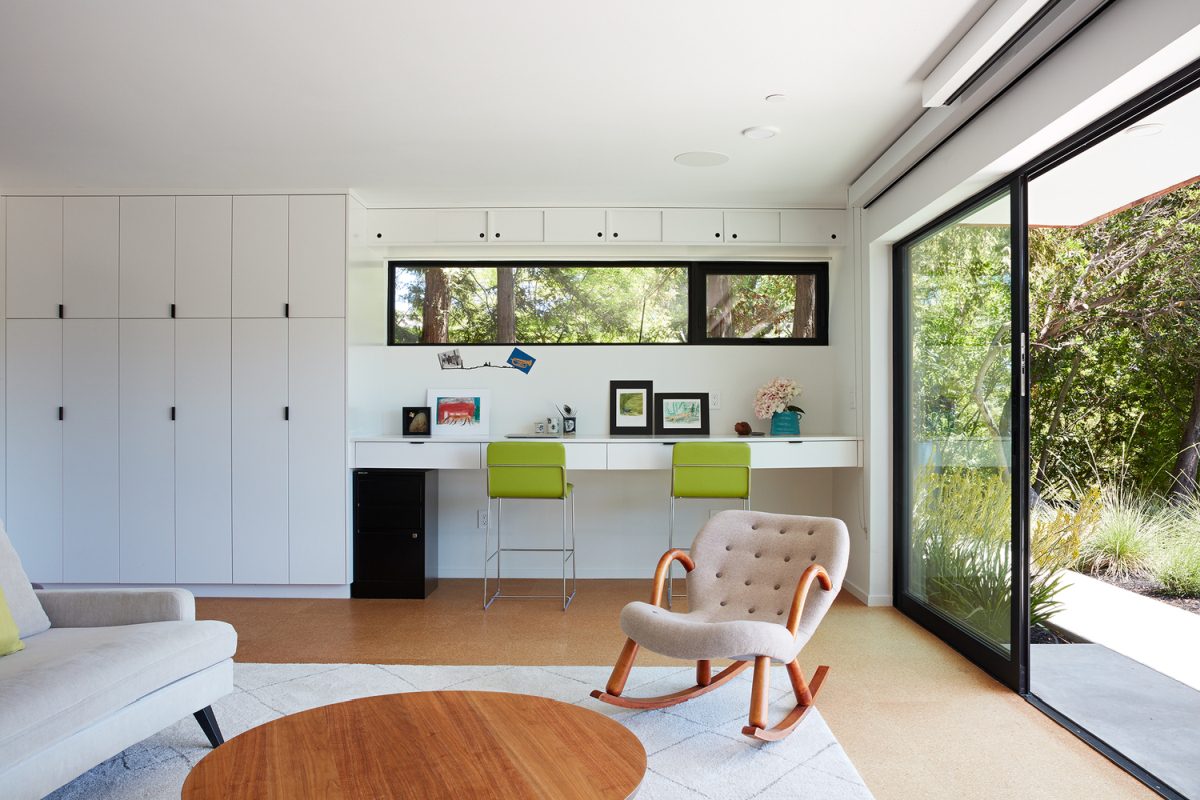 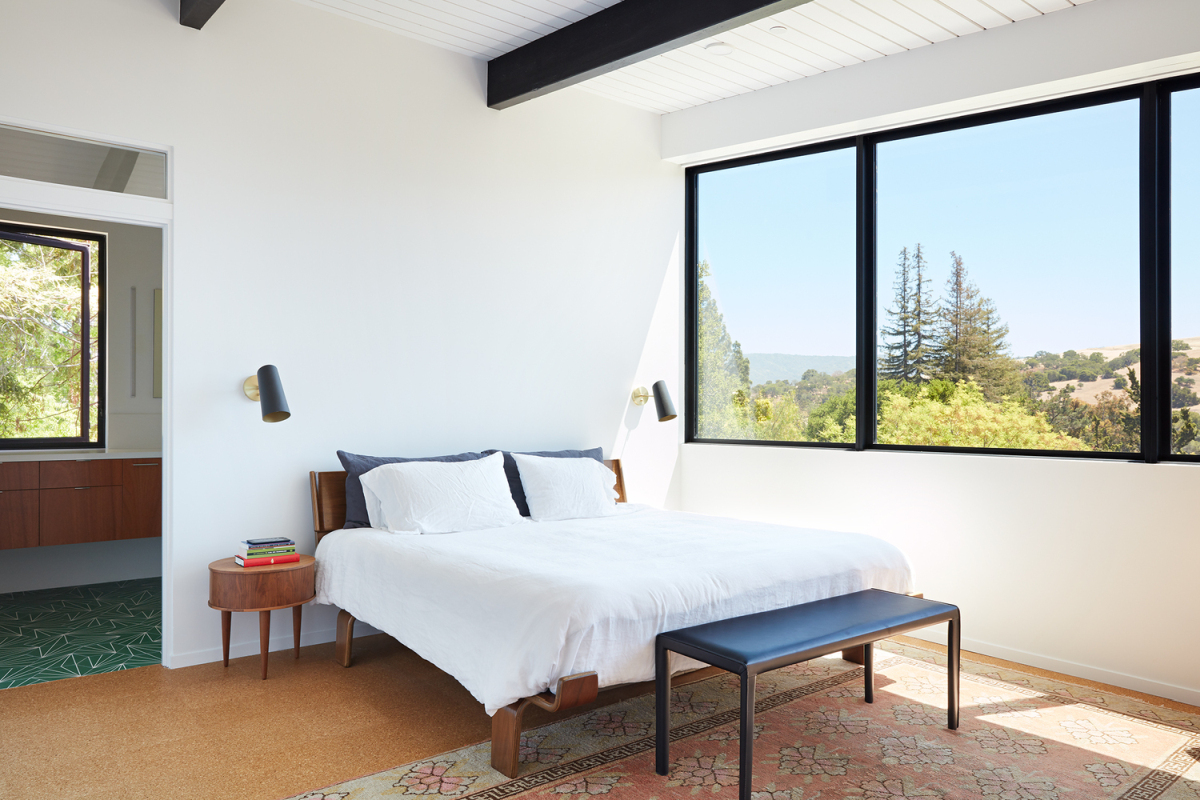 Originally designed and built in 1962 by Roger Lee, this mid-century modern house from Stanford, US recently went through a complete renovation and expansion. The project was completed in 2020 and the new design was created by studio Klopf Architecture.

The original vision of the design was preserved and integrated into the new and improved aesthetic of the house. This was a decision based on two factors.

One of the factors which influenced the design was the fact that the house was deemed historical and that meant certain restrictions were put in place. The other factor was the new owner’s love and appreciation for mid-century modern architecture.

The mid-century modern architecture trend started after world war II and originated from architect Frank Lloyd Wright. It’s a style characterized by simple and clean lines, minimal decorations, a strong connection with nature and a preference for large windows. Typically the houses have low and large footprints with flat roofs, although it’s also fairly common to see the occasional gabled roof as well.

Other defining features of a mid-century modern house plan include simple furnishings and a preference for muted and neutral colors and nuances inspired by nature. A lot of them have a split-level structure with changes in elevation between the interior spaces and short staircases connecting the rooms.

A lot of mid-century modern houses also feature floor-to-ceiling windows which frame expansive view of their backyards and gardens. Typically the interior spaces are connected to the outdoors through sliding glass doors and the houses have numerous points of access between the indoor and outdoor sections.

Another important defining element for this particular style of houses is the strong connection with nature and the outdoors in general. In some cases this even goes as far as providing an access point to the outdoors in every single room.

In the case of this particular project, the house had the certainly lacked a few features. For example, apart from being in fairly poor condition, it has uninsulated walls and the windows were generally fairly small and provided very limited views of the outdoor areas.

Changes and additions made to the original house

One of the main objectives of the renovation was to remedy that by not only enlarging the windows and offering easier access to the outdoors but also redesigning the whole backyard. This was done by Outer Space Landscape Architects and one of their first decisions was to get rid of a cracked swimming pool which took up most of the space in the backyard.

The interior of the house was not really suited for a modern lifestyle. It had small rooms and a dated overall vibe. It practically begged for the kitchen to be opened up and expanded into the living area which is exactly what the architects chose to do. They also added a lovely new breakfast nook which makes the transition even smoother.

In the living room, the original wood-burning fireplace was preserved and restored. It’s now a stylish focal point and it blends in seamlessly. The windows were enlarged and a set of sliding glass doors was added in order to allow for a very natural and smooth transition onto the patio and the new pergola deck.

It should also be mentioned that the lower floor of the house was in bad need of a renovation. Originally it was envisioned mostly as a utilitarian space. This is where the laundry room and storage area were situated along with a pool room. The pool was completely removed and this whole space became a bright, airy and inviting living space.

The private parts of the house got the same treatment. The master bedroom now has taller windows with nice views of the backyard and a new corner office was added to make working from home possible. In total, 1,100 square feet of space were added to the house.