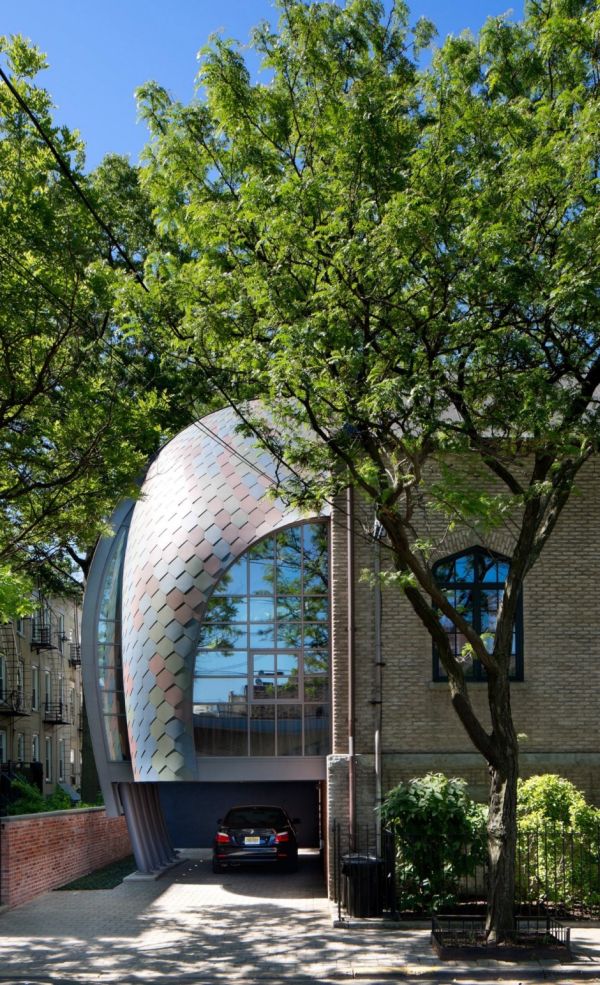 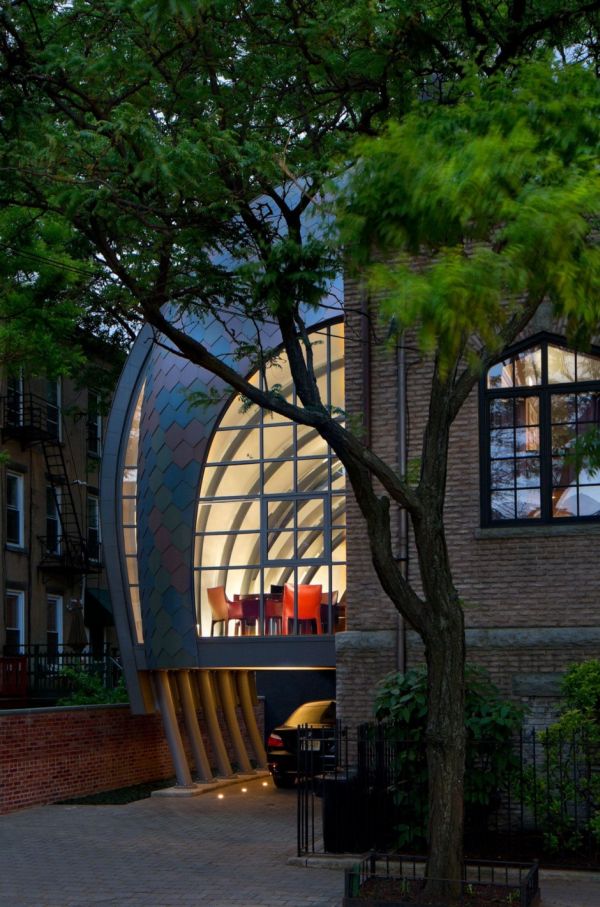 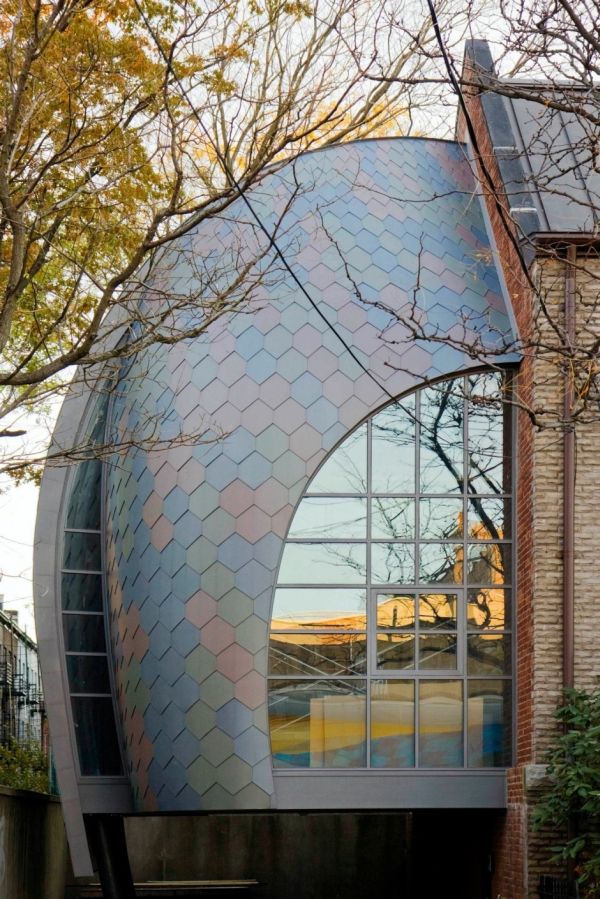 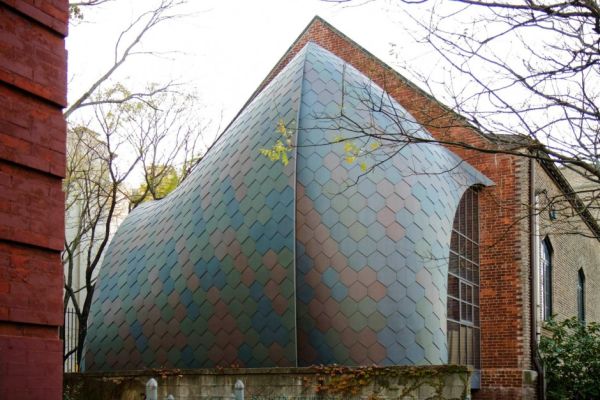 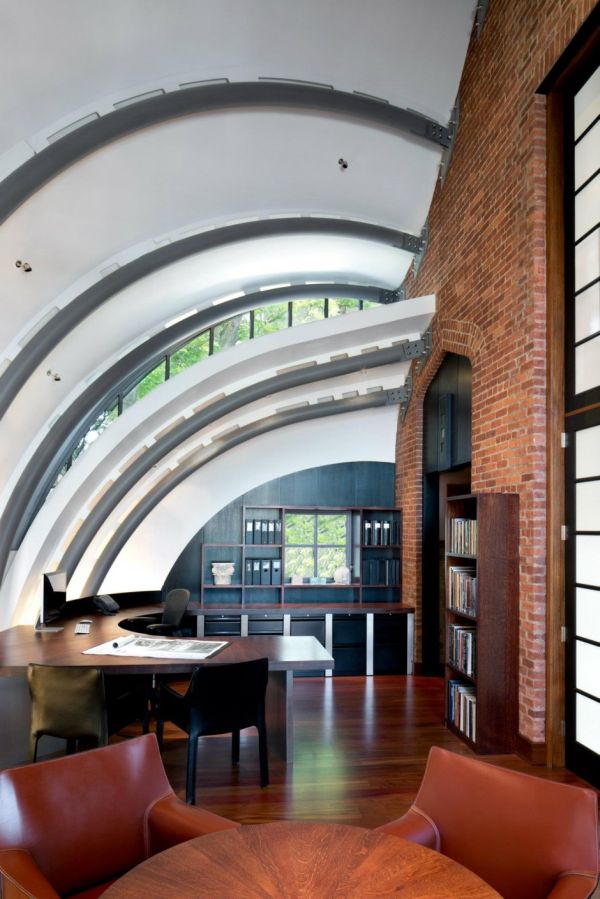 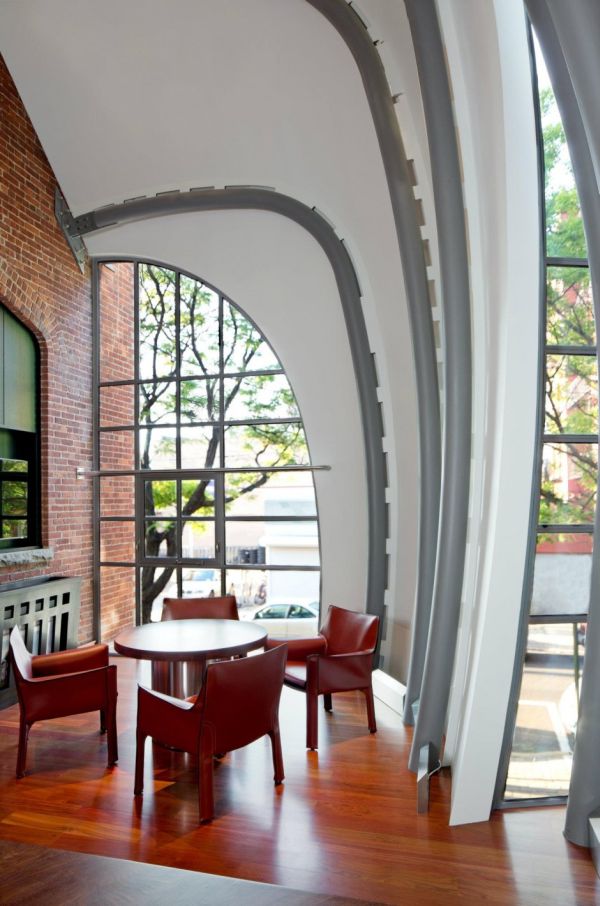 Even though it’s rare, it’s not uncommon for a church to be transformed and to become a private residence. It’s the case of this historic church that can be found in Hoboken, New Jersey. The exterior of the church was kept almost intact while the interior was restructured and completely redesigned. But it’s not the actual residence that stands out. It’s the studio extension that has been recently built.

The extension doesn’t follow the same lines as the main structure. While the residence has an exterior that is still faithful to the building’s history, the studio creates a dramatic contrast. It’s a contemporary space with an exterior design that would stand out in any environment. The project was designed and developed by Marchetto Higgins Stieve Architects. They used modern materials that contrast with the natural brick and stone that were used to build the original building.

The studio features a colorful paneled exterior with a surface that resembles scales. It’s a very different design than the original brick pattern used for the main building. The studio also has a strange shape. It’s a very extravagant design meant to stand out but, in fact, it’s too odd to even be compared with the former church.

The studio extension has a somewhat organic design, although it’s also dramatic in its contemporary beauty. Inside, it contains an office, a small bookcase and a sitting area. The interior design is actually simple and elegant and nothing relates it to the colorful and extravagant exterior. The colorful honeycomb panels, even though they don’t feature strong or bold colors, stand out visually both because of the contrast with the surrounding environment and because of the shape of the studio. It’s an interesting choice, especially since the interior is also contrasting, featuring wooden finishes and leather furniture.