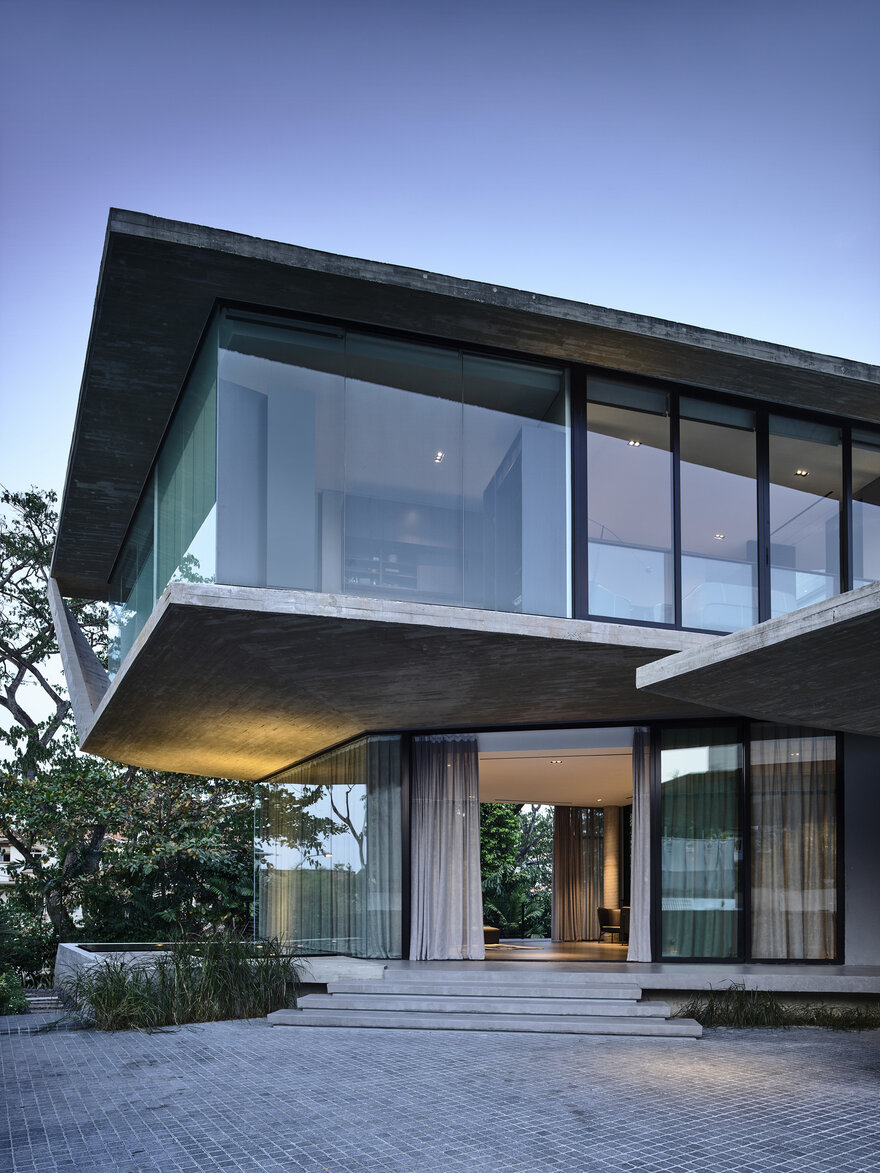 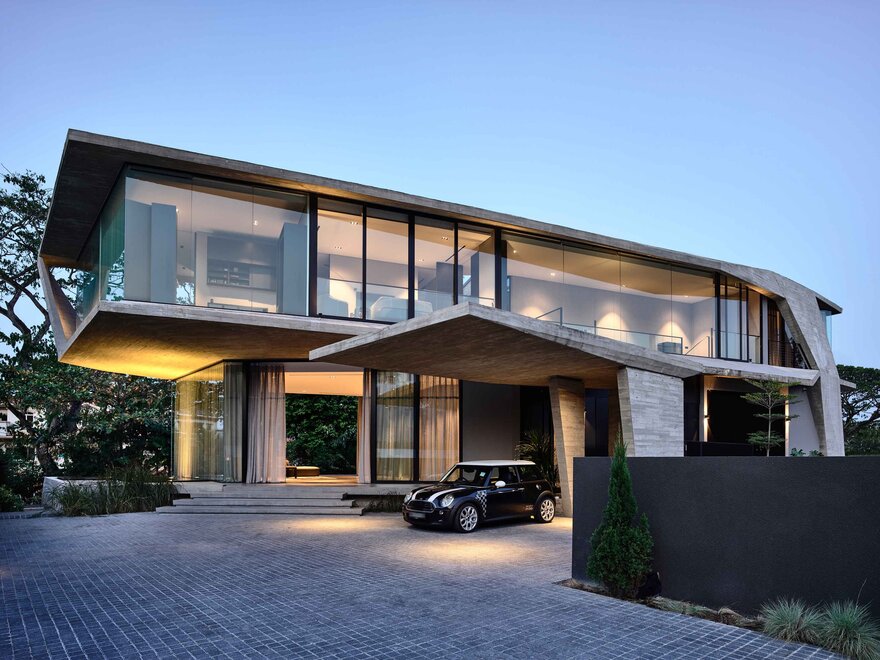 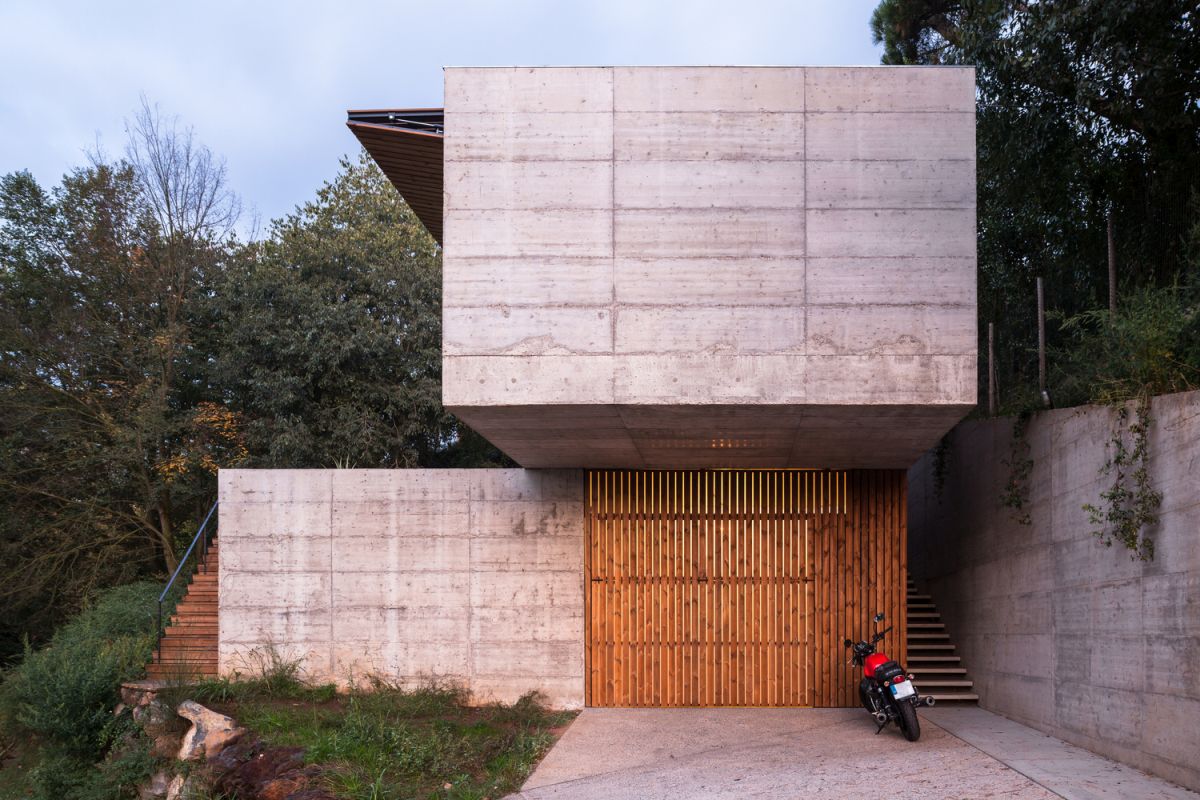 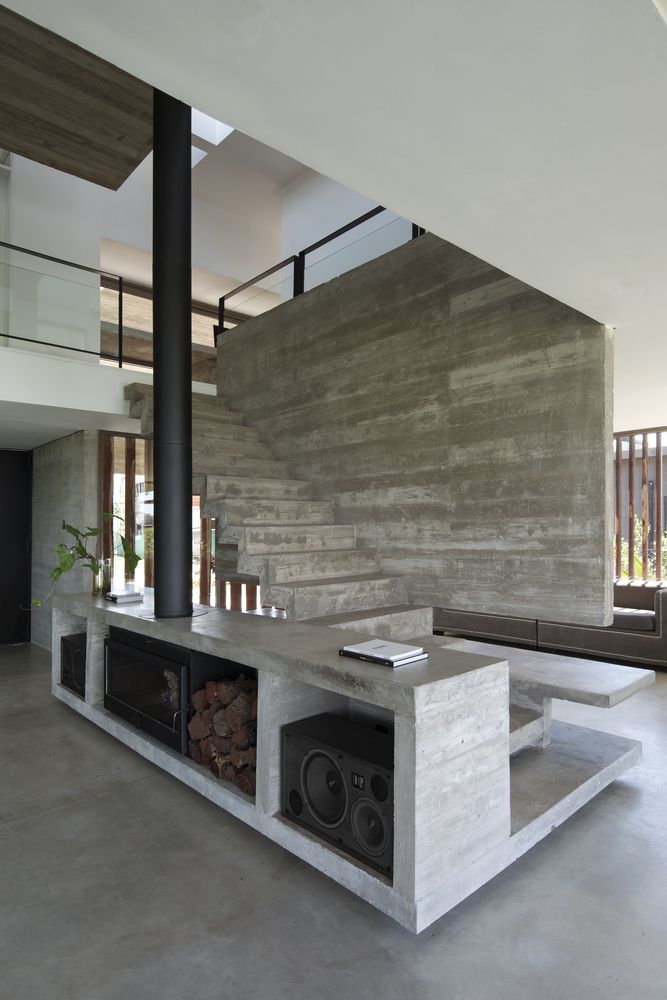 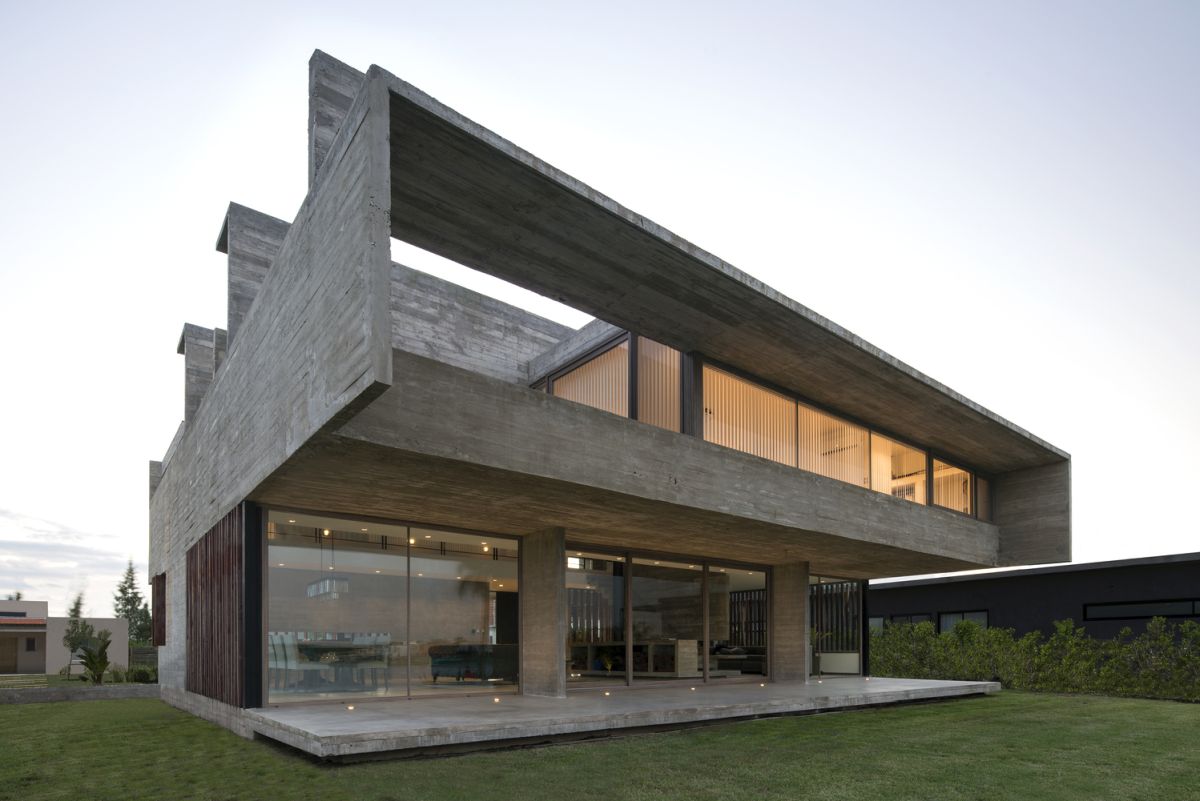 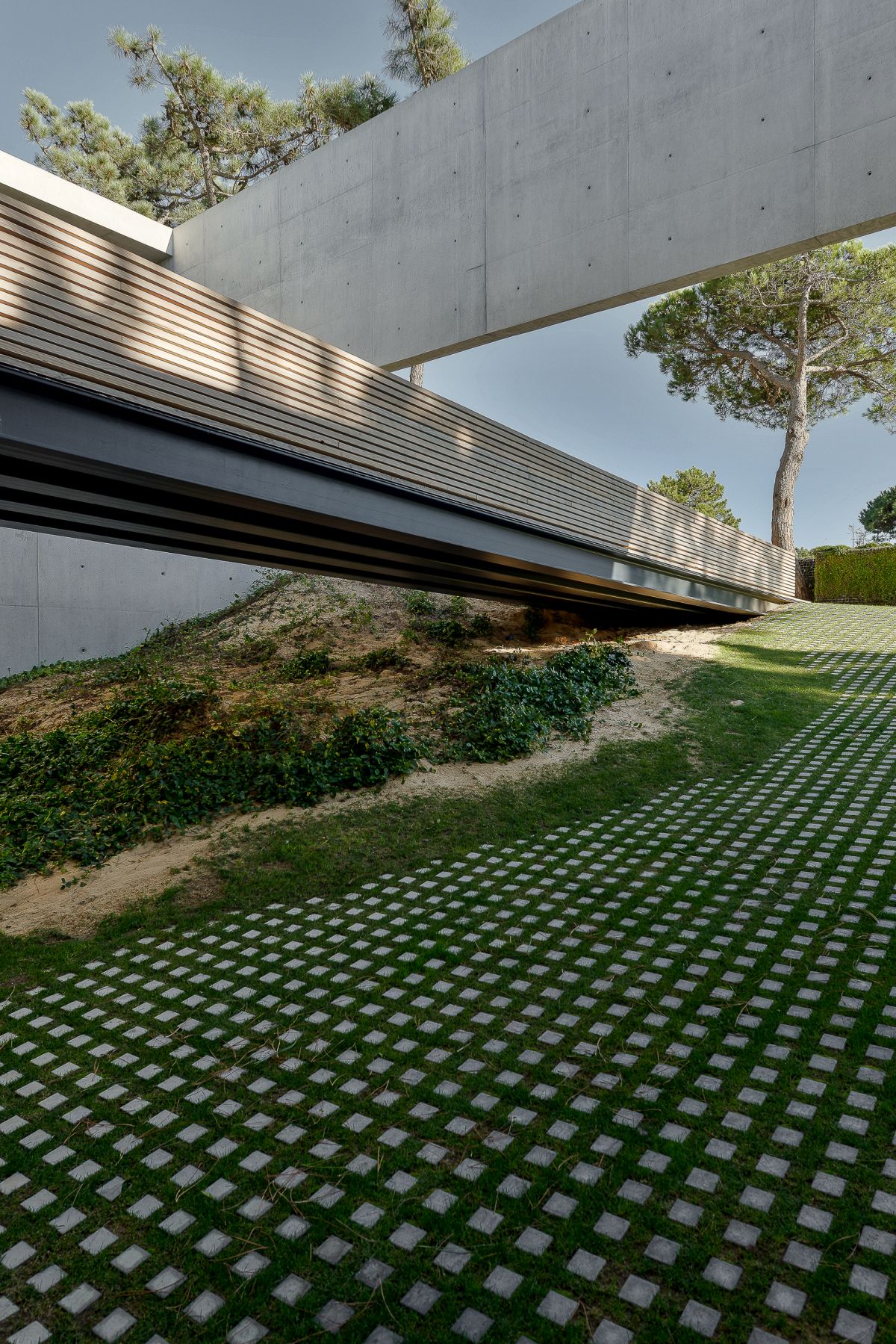 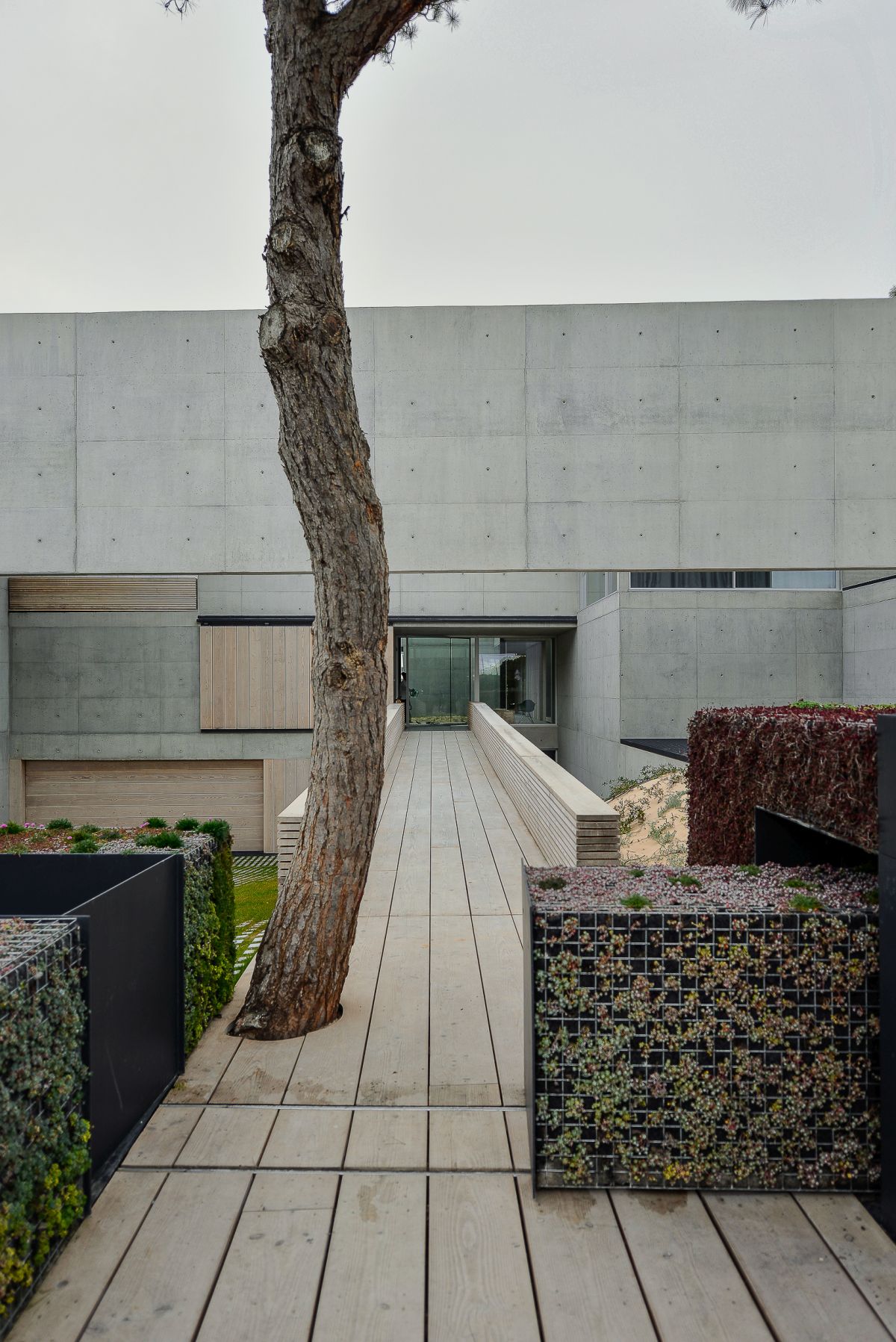 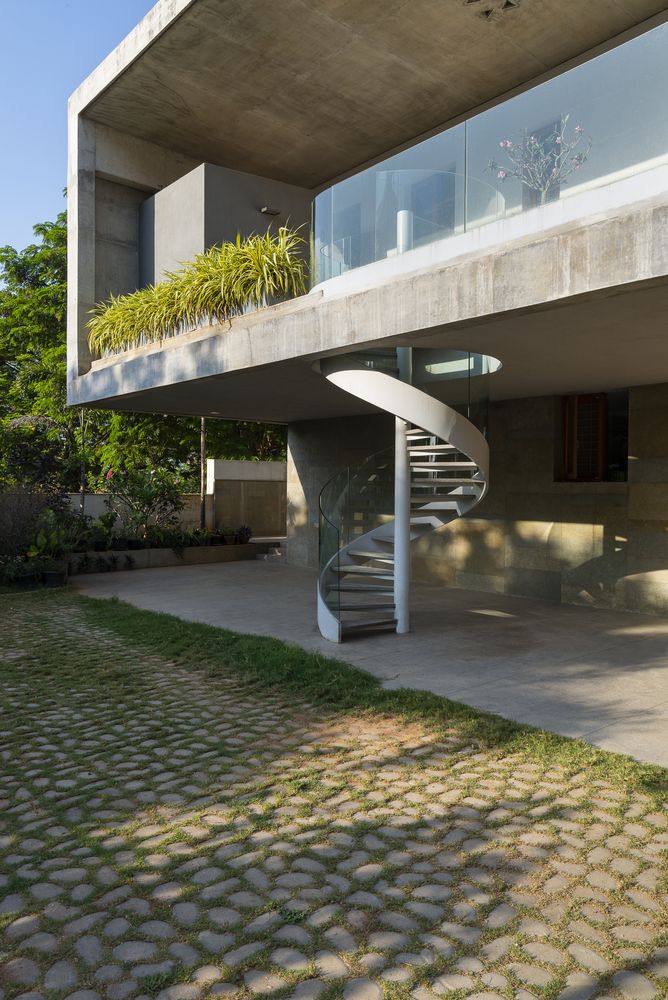 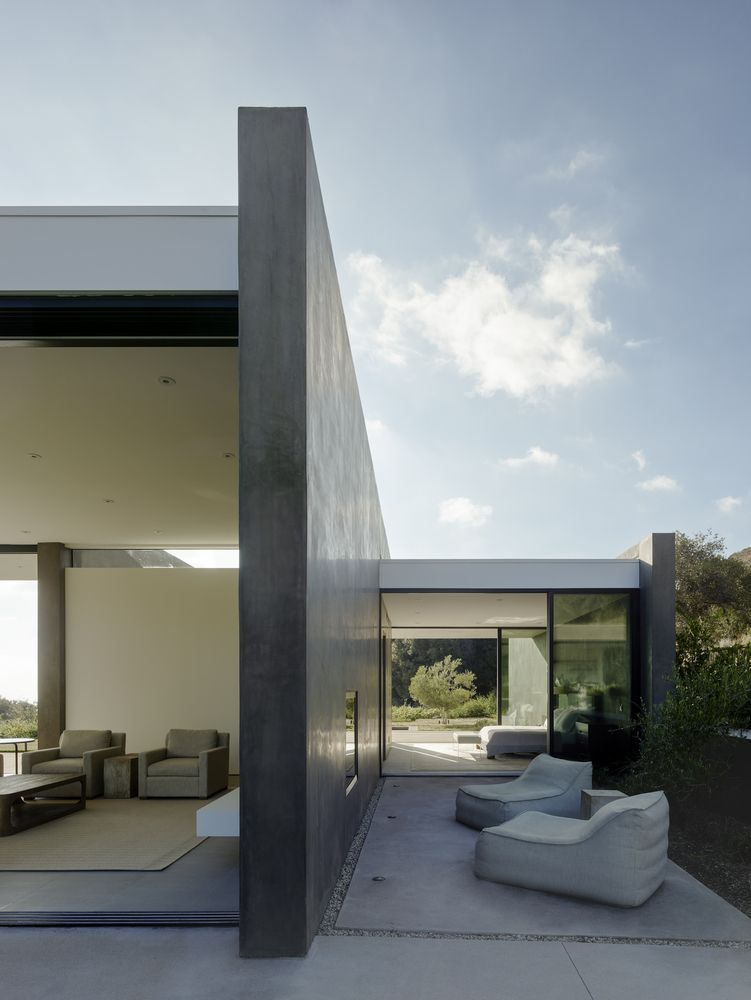 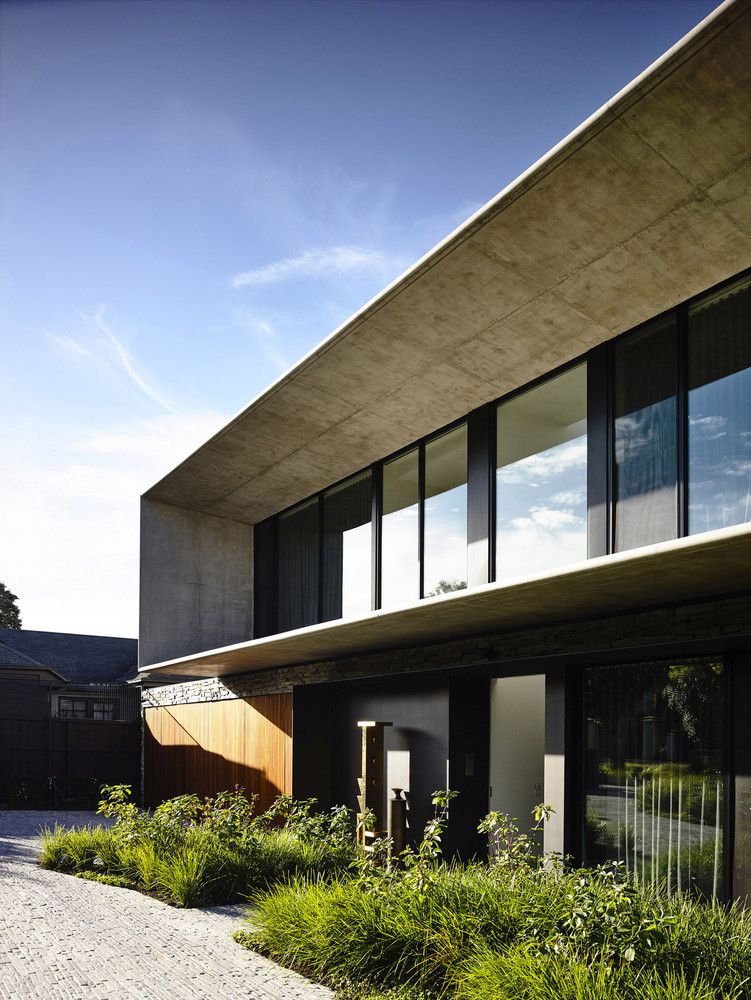 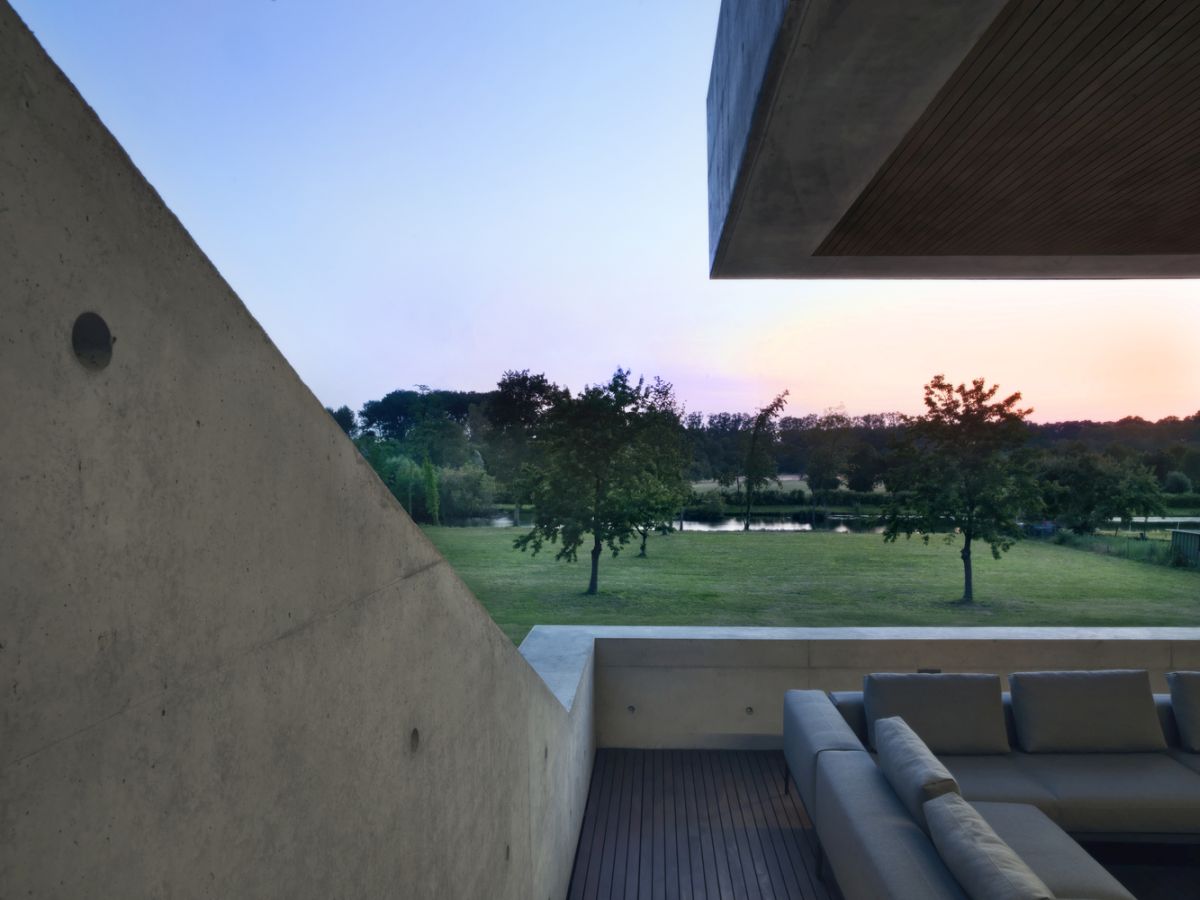 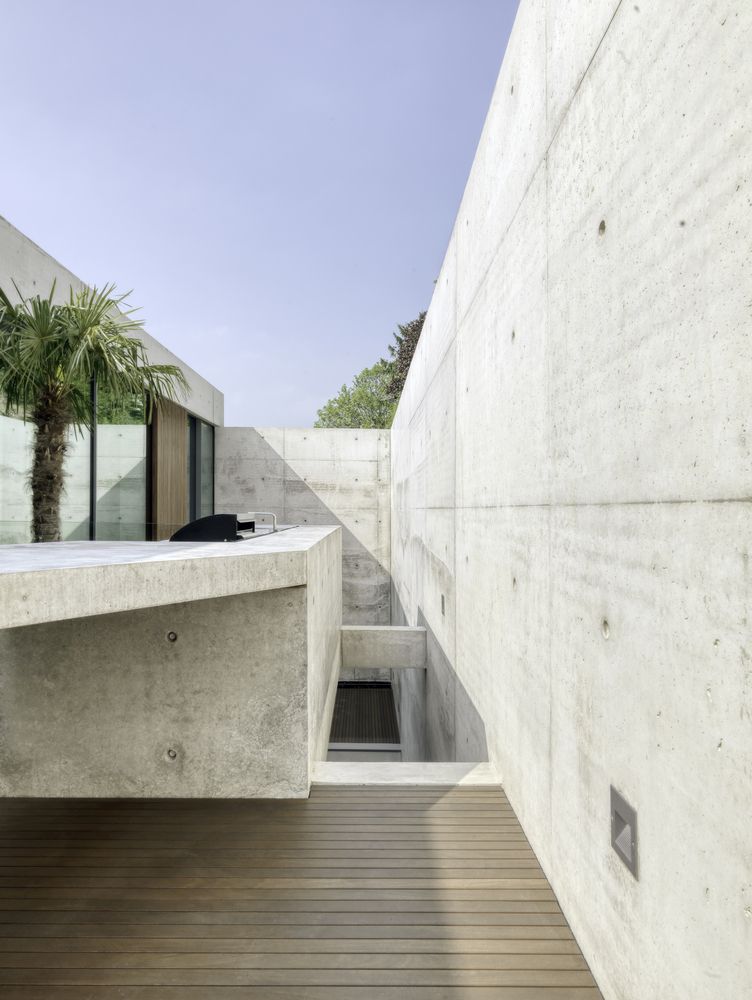 When you take it out of context, a concrete wall is not that exciting. If anything, it’s dull and mainstream and boring. It’s only when you see concrete walls being integrated into more complex structures that they actually reveal their amazing potential. They can add tons of character to houses and other structures and they’re really versatile. To illustrate that, we’ve put together a list with our favorite projects involving concrete walls.

This entire house is defined by exposed concrete walls, inside and out. It was designed and built in 2018 by studio Dreessen Willemse Architecten. Wood and glass were used as accent materials throughout the project. They complement the concrete surfaces, add warmth to the design and help to strengthen the relationship between the house and its beautiful natural surroundings.

Here’s another beautiful concrete house, this time located in Melbourne on a site that has an almost perfectly square shape. It was designed by studio Matt Gibson Architecture and has large windows and glass walls that frame the beautiful surroundings. A notable design detail is the rectangular concrete box that extends on the second floor, forming this covered terrace which cantilevers over the green spaces below.

This single family home designed by studio Walker Workshop has thick concrete walls that give it good insulation and ensure a strong and durable structure. It also has large openings which take advantage of the panoramic views and let in lots of natural sunlight. Another important feature is a double-sided fireplace which can be viewed and enjoyed from indoor as well as from the outdoor area.

This house only occupies a small section of the site that it sits on and that allows it to enjoy a strong connection to the outdoors. There’s a beautiful courtyard, a flowing water feature and also a zen garden outside. The unfinished concrete walls of the house help it blend in and look natural in its surroundings and the transitions between the indoor and the outdoor areas are really seamless and cool, like this spiral staircase for example which connects the upstairs terrace to the garden. This house was designed by studio Architecture Paradigm.

A concrete facade gives this house in Lisbon a very simple appearance which allows the emphasis to be on the magnificent surroundings and all the greenery. The house was designed by Guedes Cruz Arquitectos and takes full advantage of its location and orientation. Behind the bland exterior, a modern and sophisticated interior design is revealed, defined by beautiful materials and finishes, quirky shapes and carefully-selected accent colors.

Architect Luciano Kruk designed a very interesting house located in Argentina which has this very raw and unfinished look on the outside. The entire exterior of the house is clad in concrete and the roof has been designed to look very similar as well in order to maximize the visual effect. That gives the house a very powerful look and also makes its interior seem that much more warm and welcoming by comparison.

The idea behind the design of this peculiar-looking house was to preserve the surrounding landscape as much as possible and to take advantage of it. It was designed by Arman estudi d’arquitectura and occupies a little piece of land in the Santa Pau village in Spain. It features a combination of raw concrete walls and wooden shutters which complement each other and allow the structure to blend in, allowing the focus to be on the beautiful nature that surrounds it.

Glass and concrete go really well together, especially in modern and contemporary builds. You can witness that in the design of this amazing residence from Singapore which was created by Park Associates. It’s situated in an area with a very diverse and eclectic architectural style and it manages to stand out by trying to bring the outdoors in. The topography of the site and the beautiful surrounding landscape served as sources of inspiration for the architects and that’s how the concrete frame and large glazed surfaces came to be.