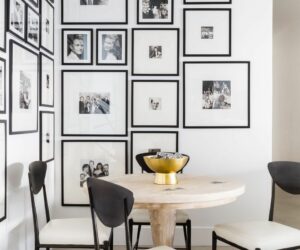 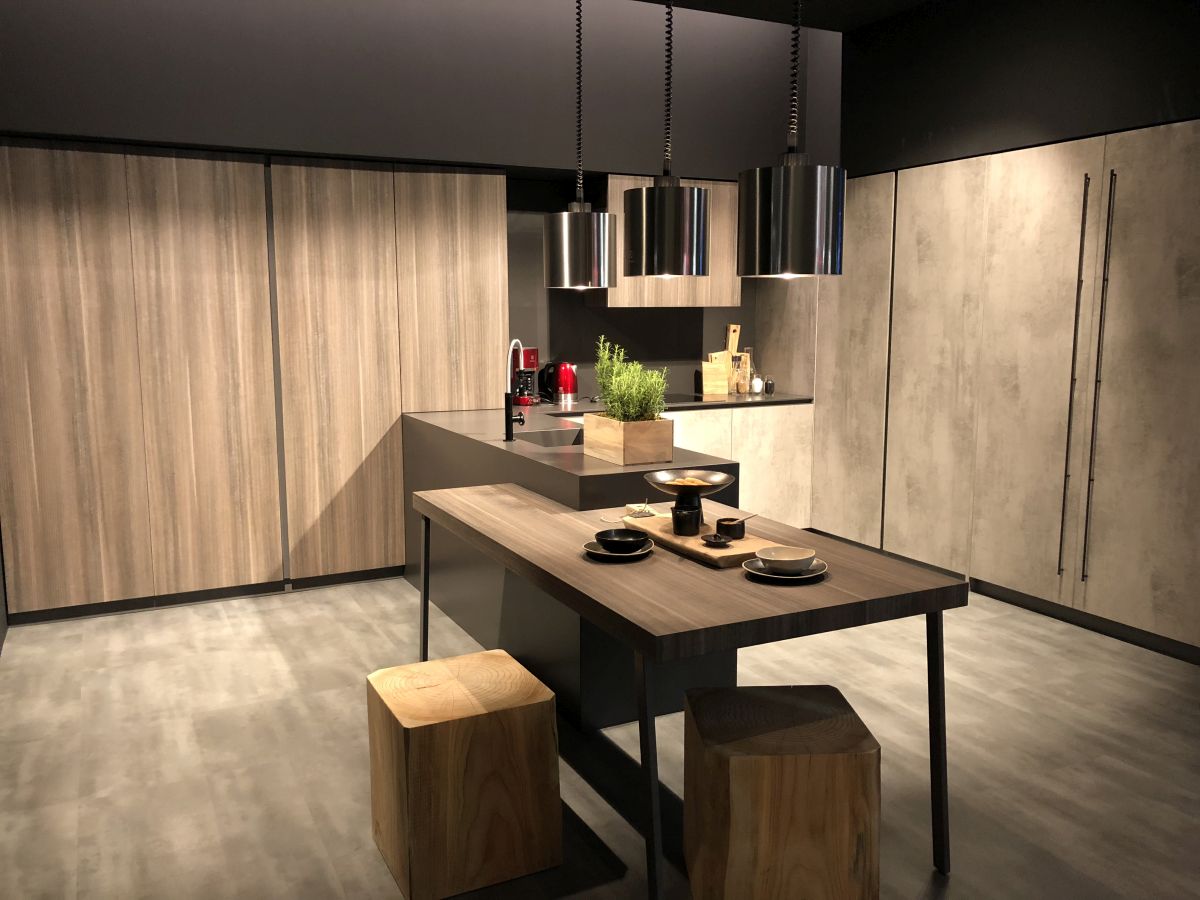 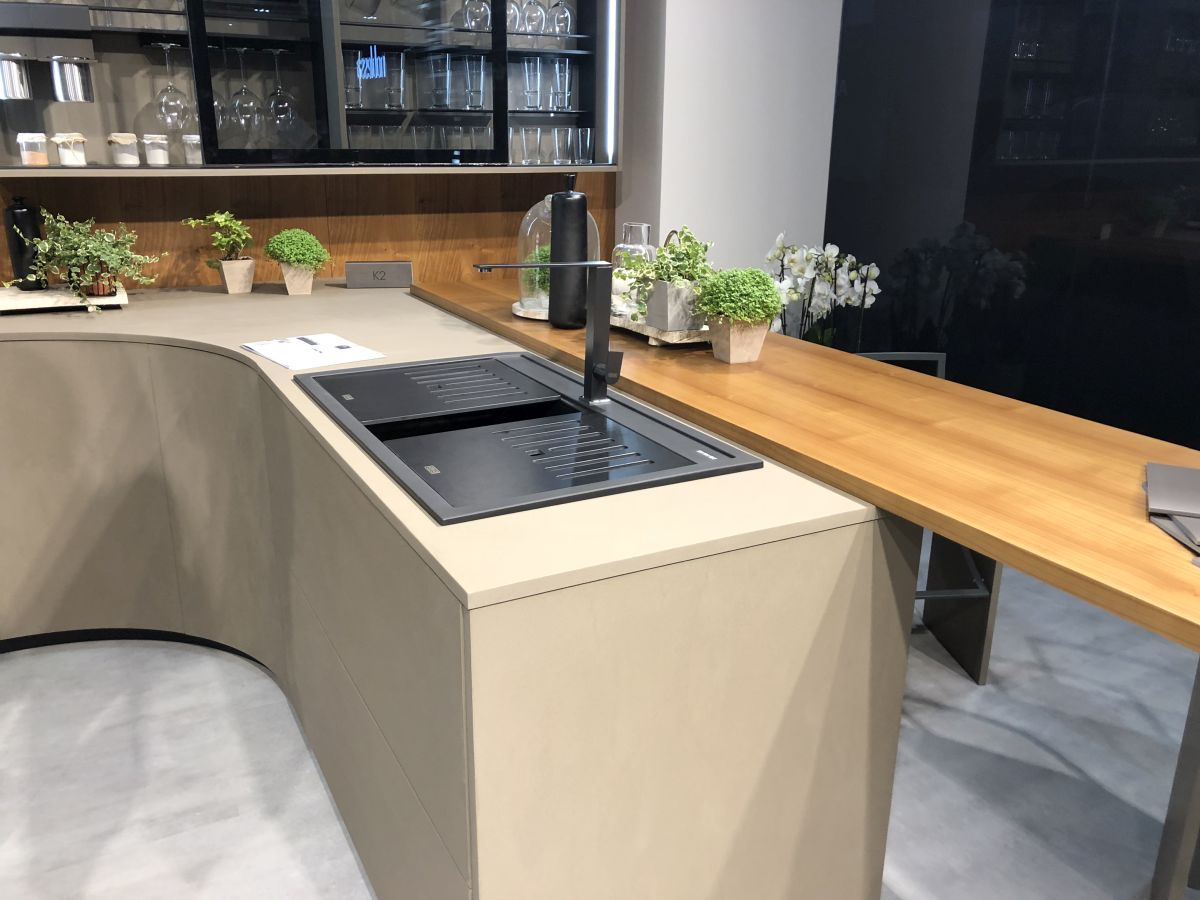 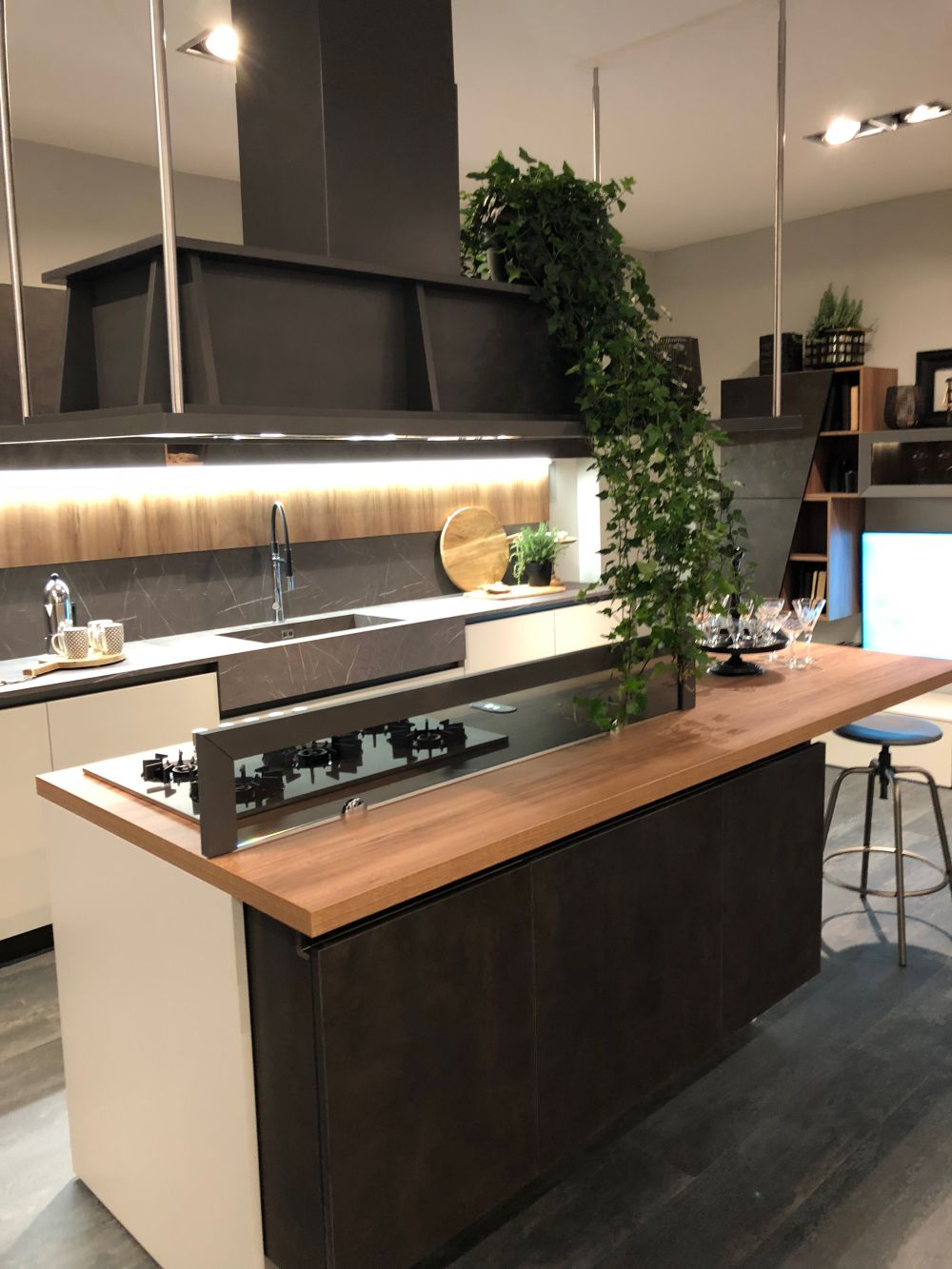 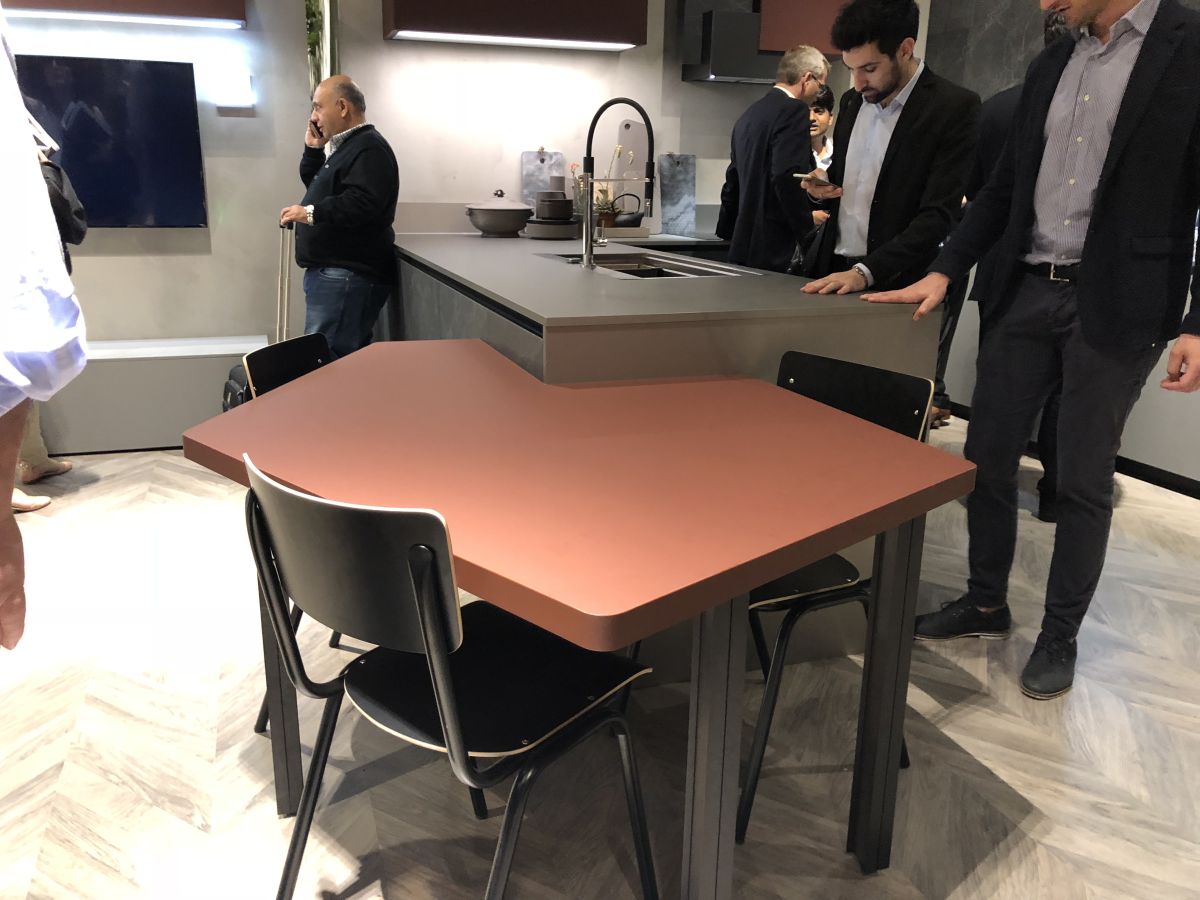 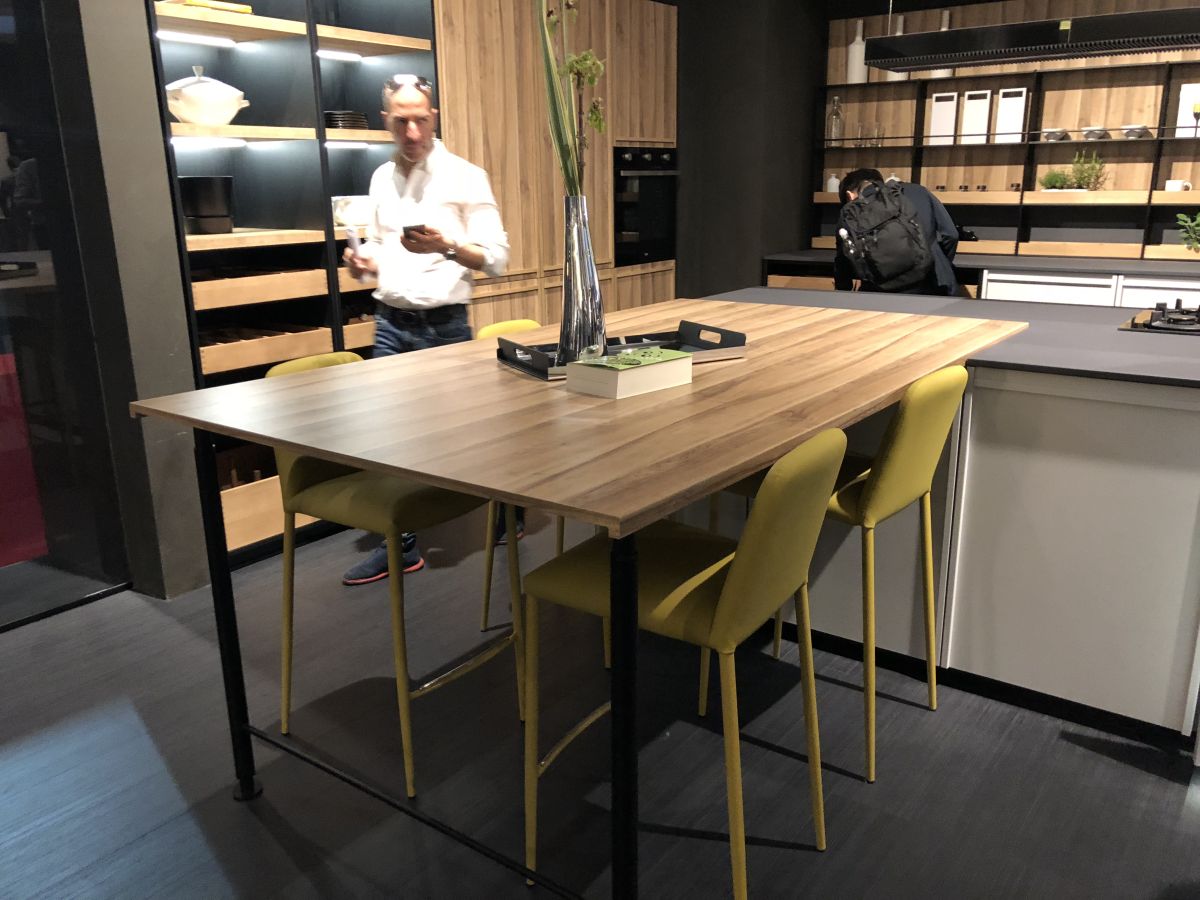 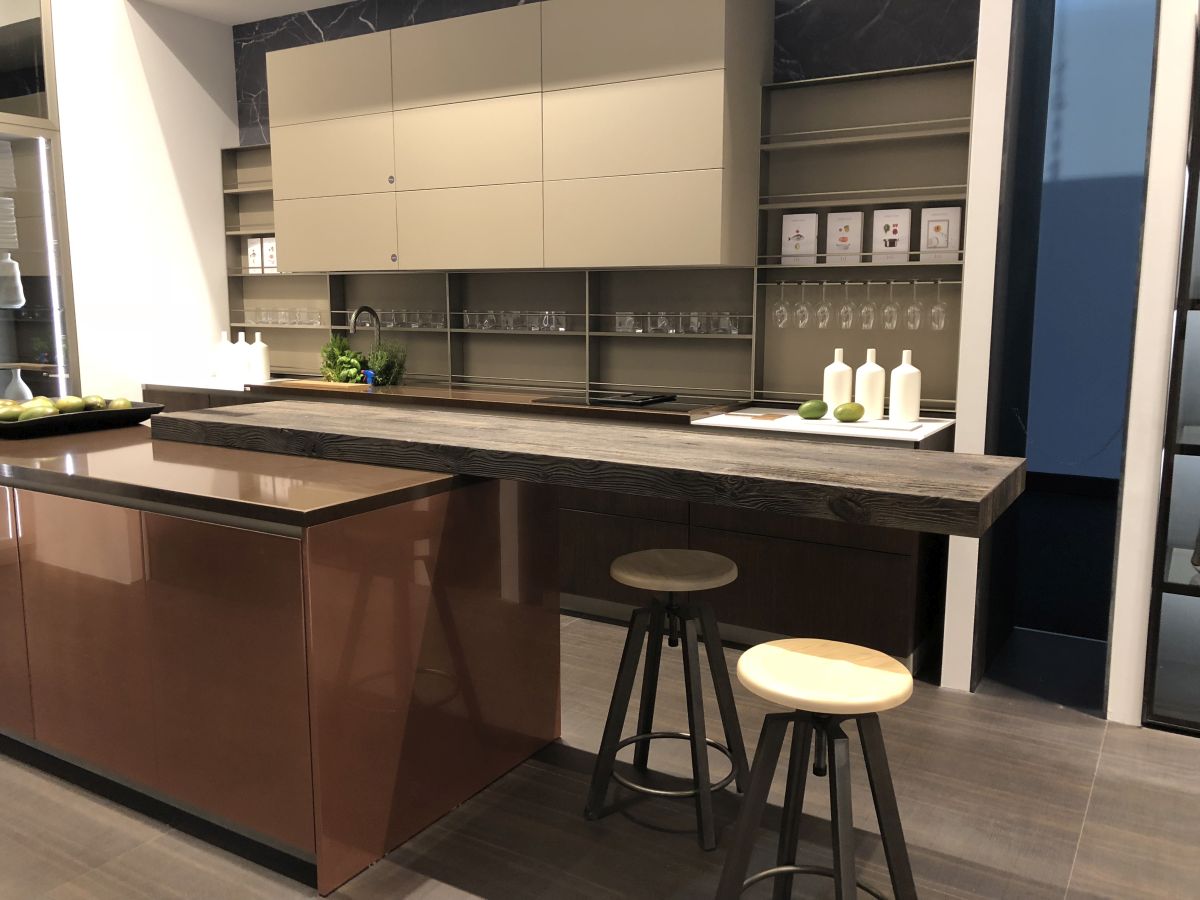 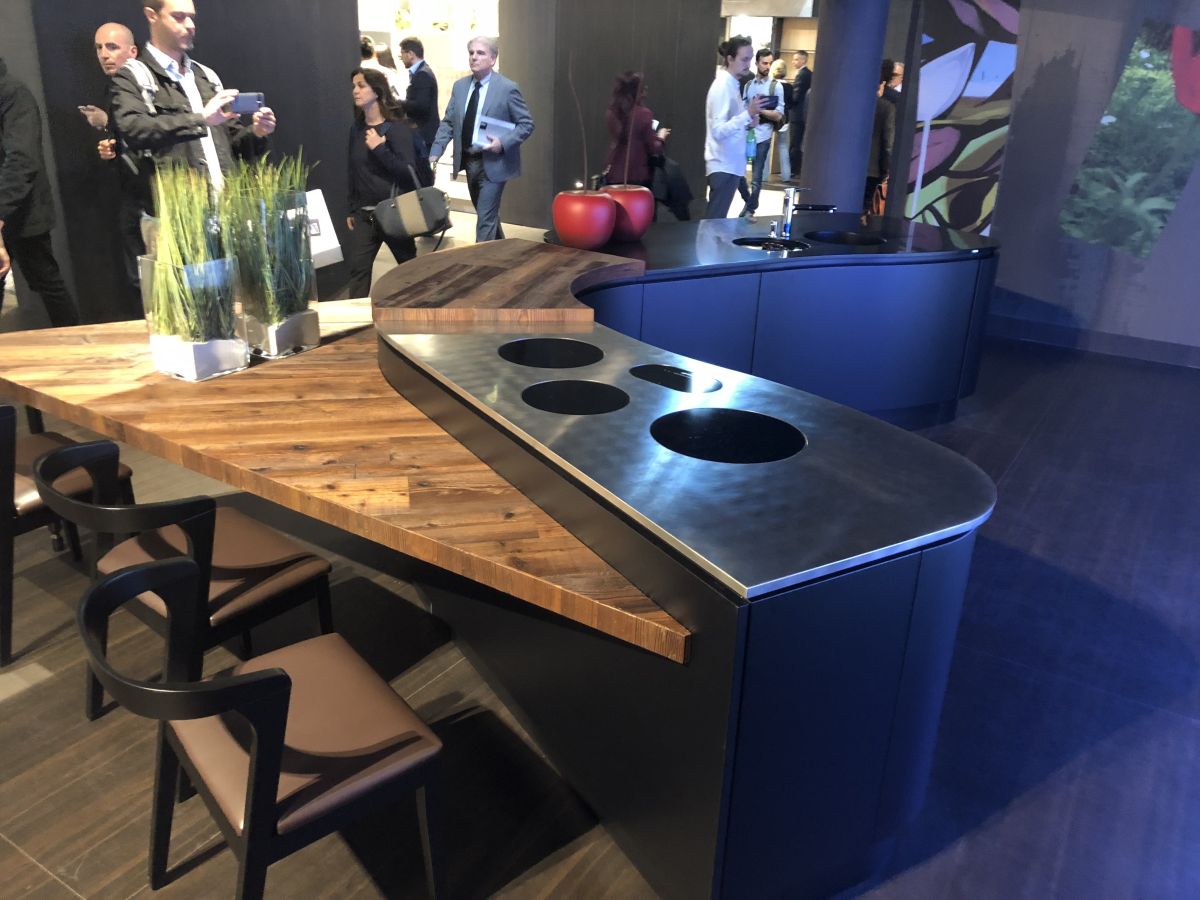 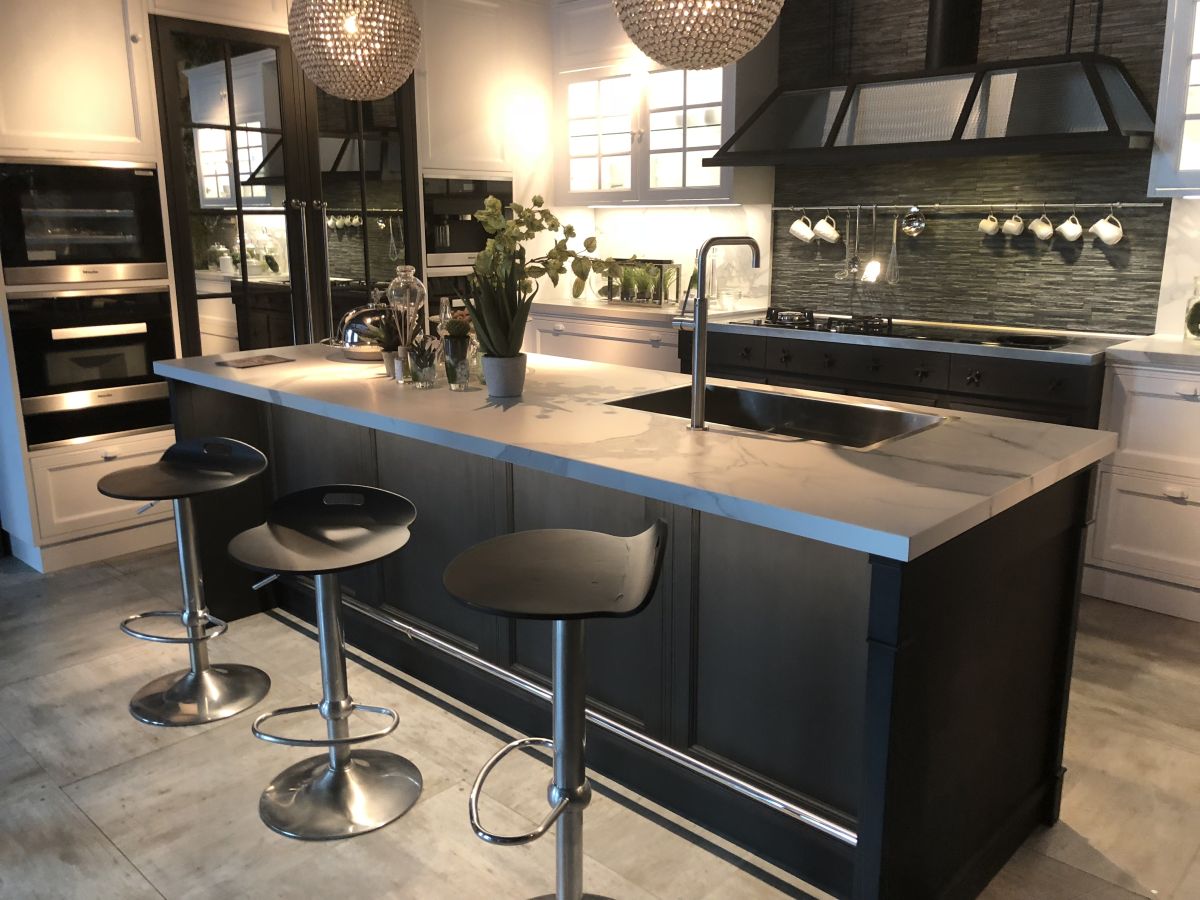 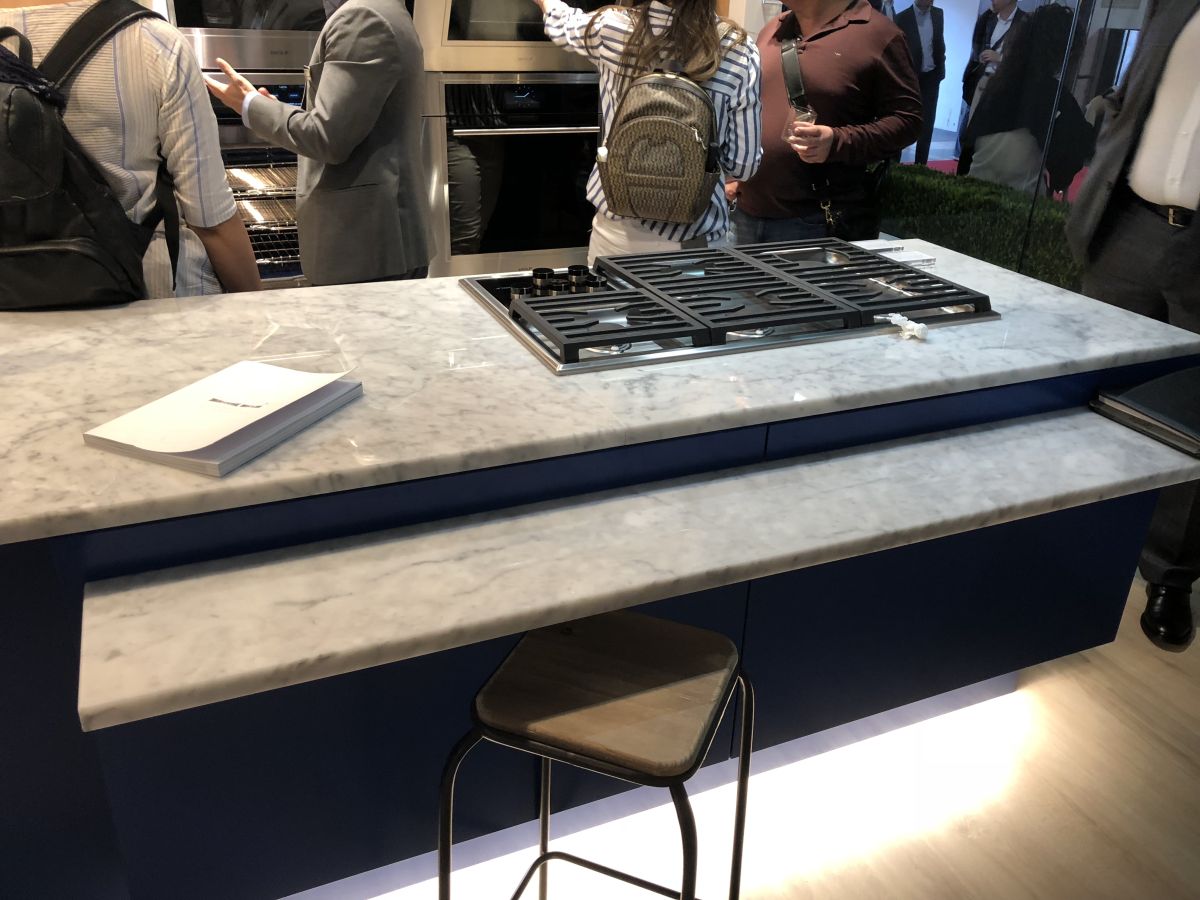 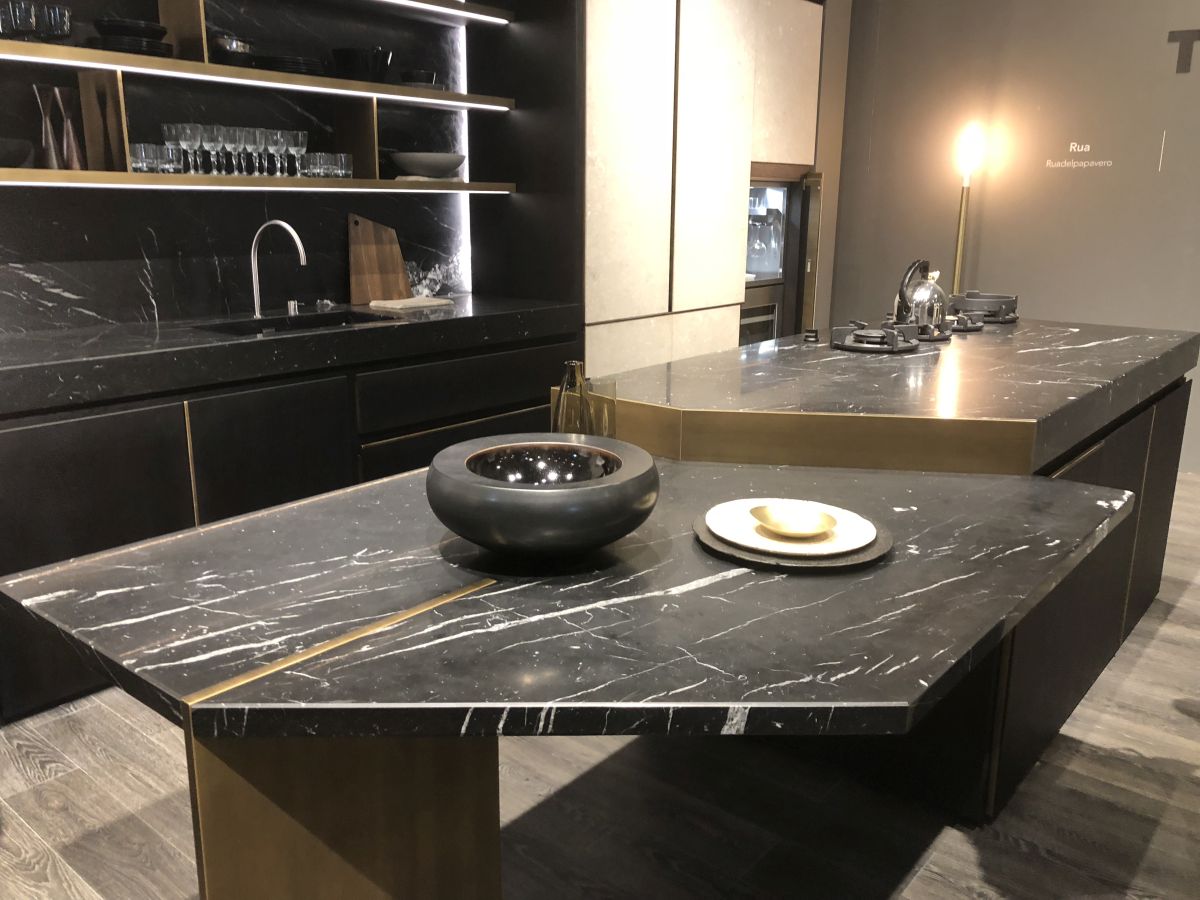 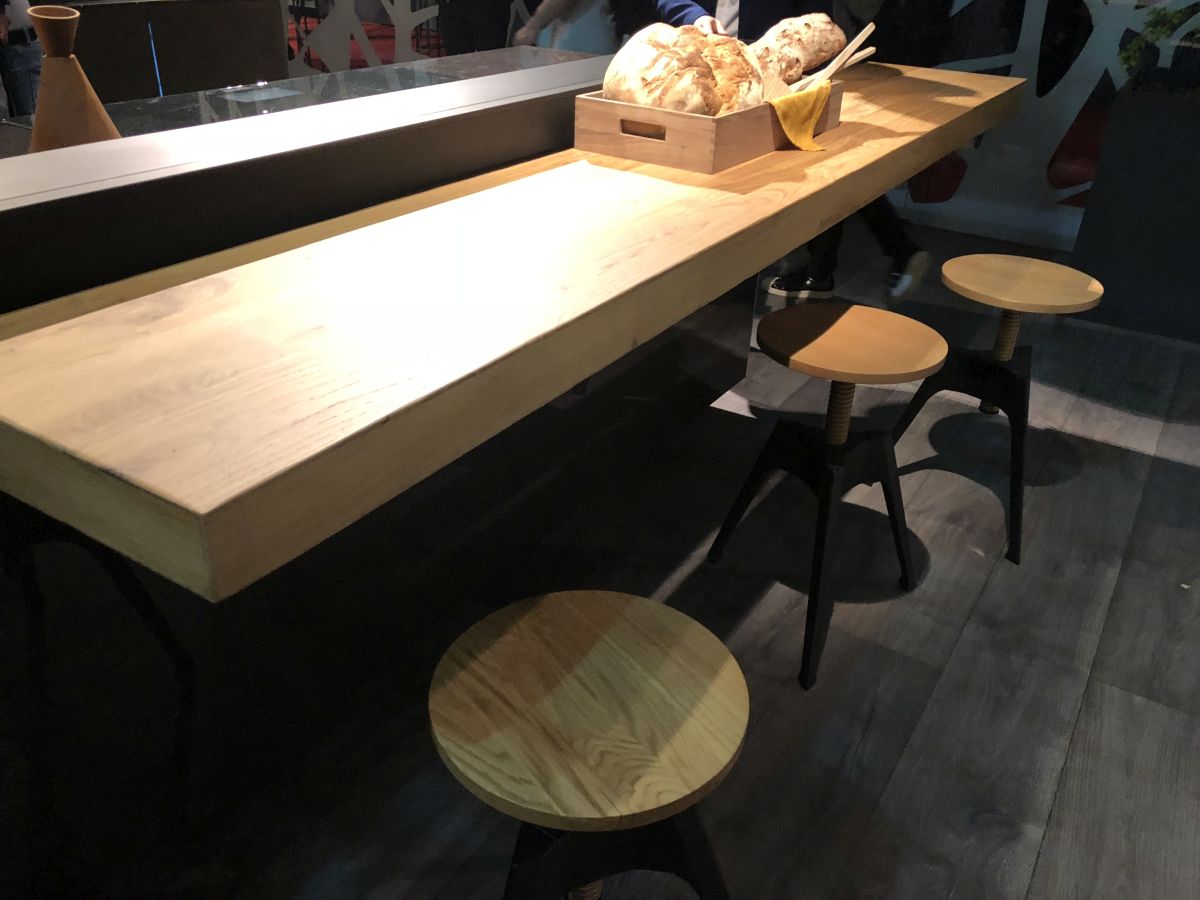 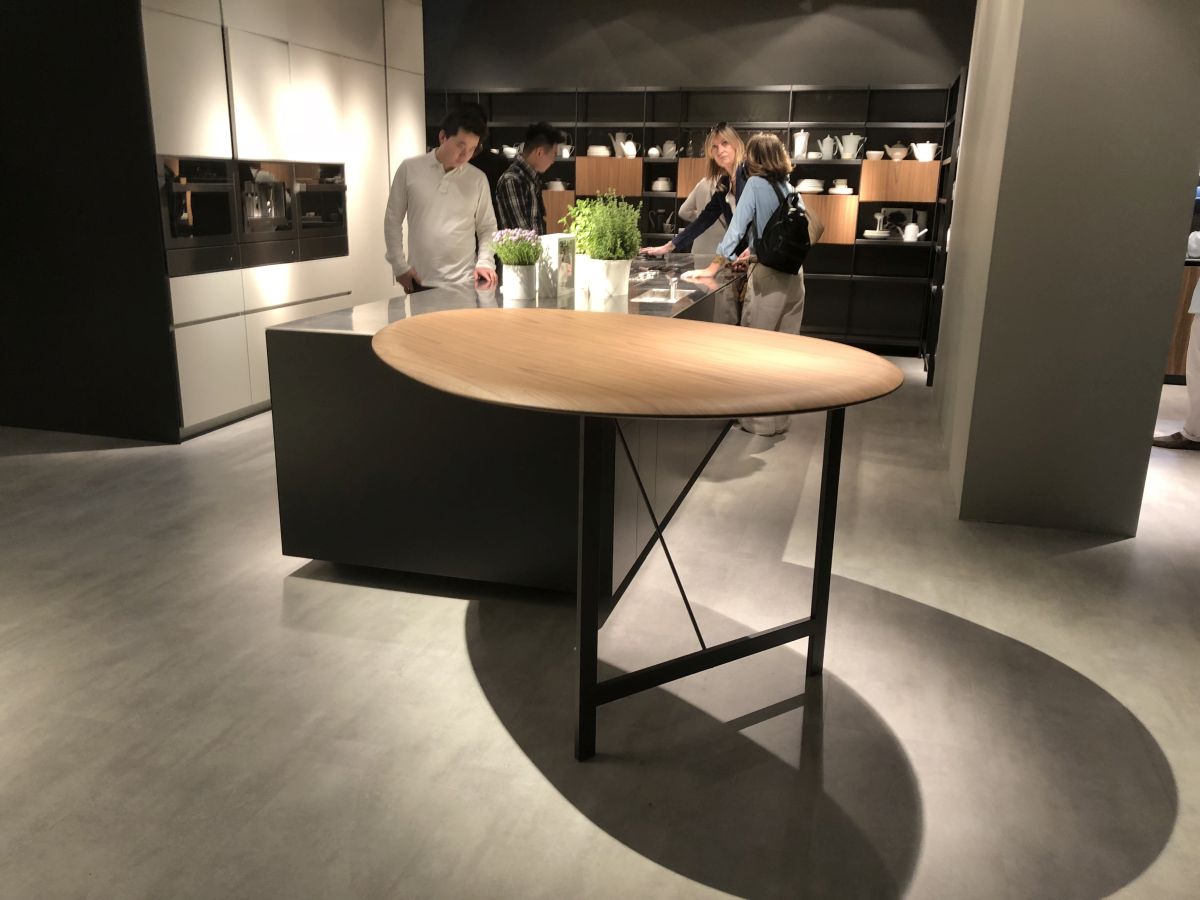 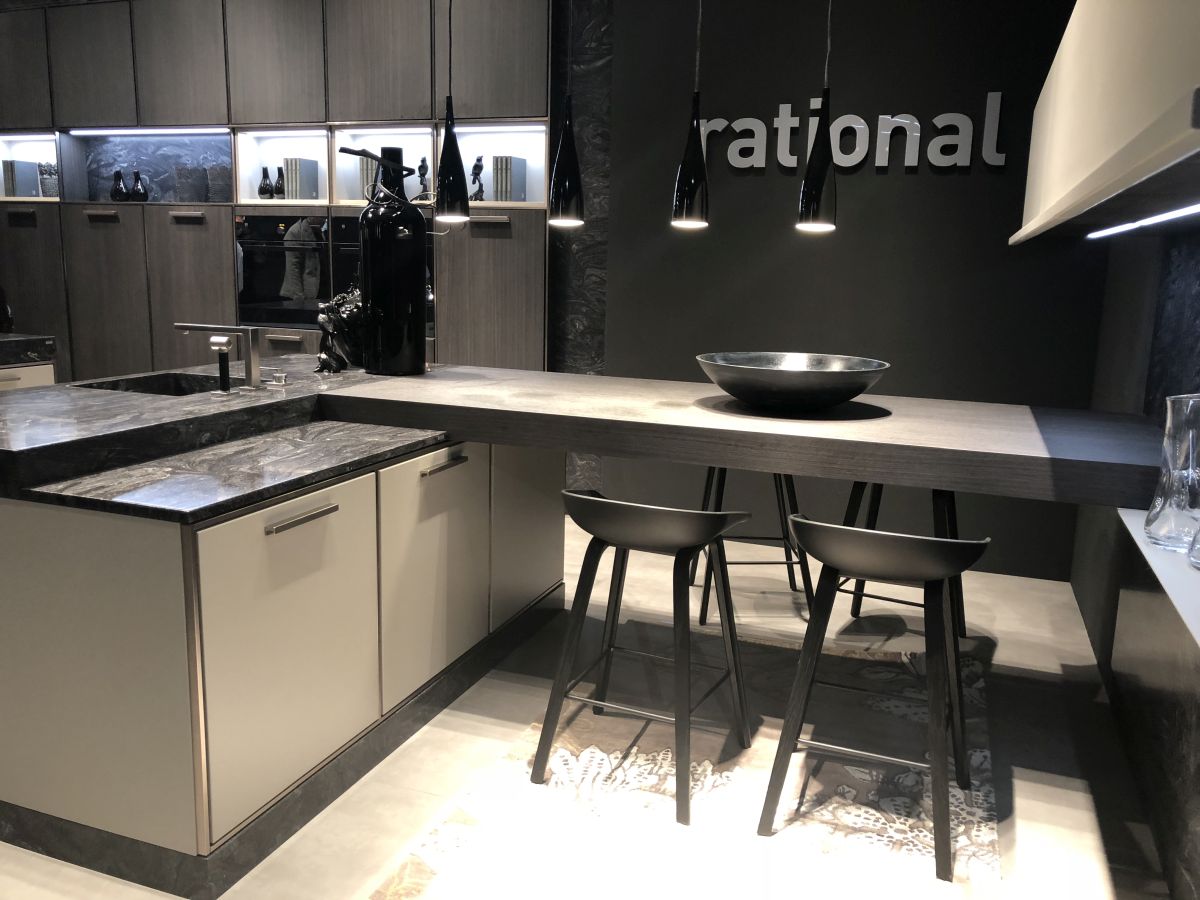 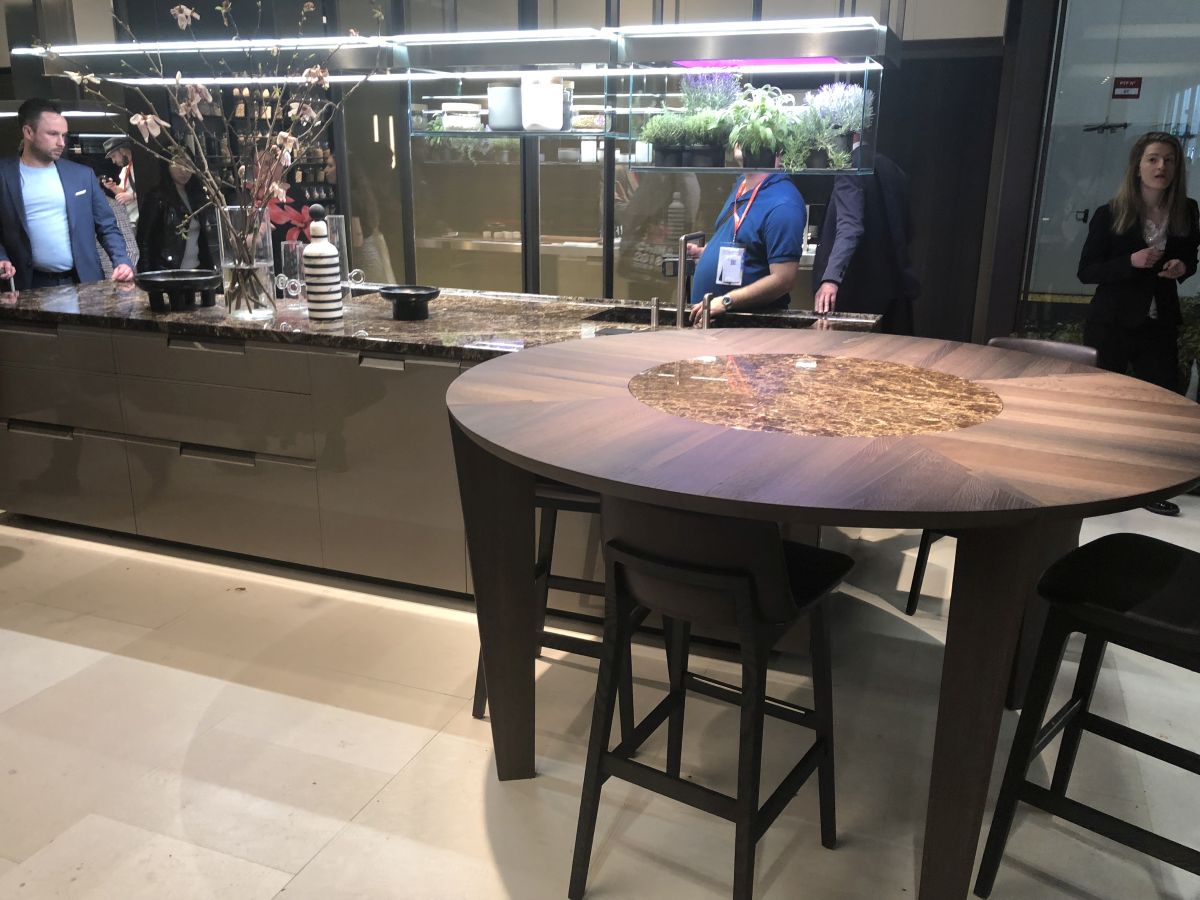 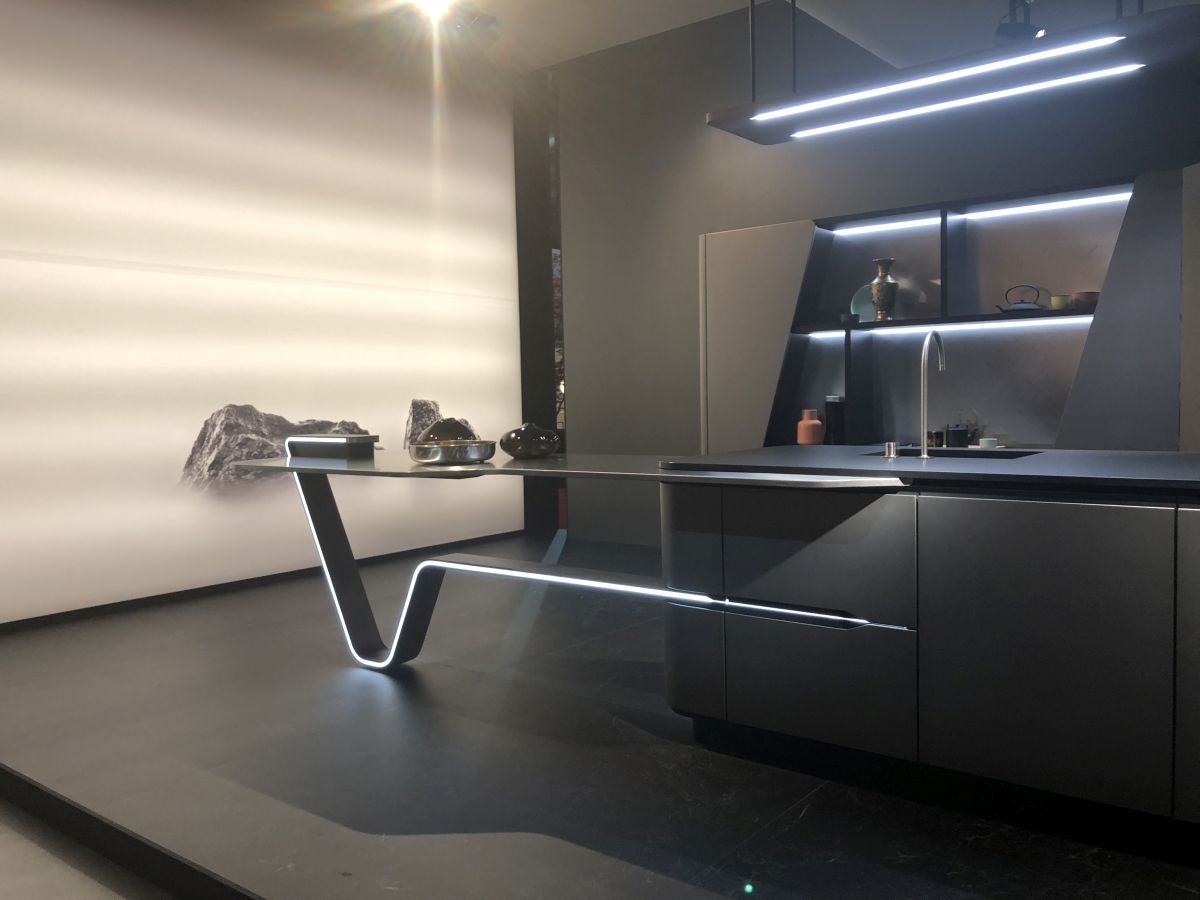 Personally I’m not a breakfast person but I can definitely appreciate how useful and practical a breakfast nook can be. Think of it as a feature that brings family members together in the morning but also as a multifunctional feature which can be useful in many different contexts and in various different ways. A lot of times the breakfast nook is incorporated into the kitchen’s floor plan and while that’s a bit tricky in the case of kitchens that function as separate rooms, the design and layout possibilities are very numerous in the case of most modern and contemporary kitchens which have open floor plans.

A lot of modern kitchens feature this sort of breakfast bar table which is a type of kitchen island extension which a height slightly lower than that of the island and more similar to what you’d expect from a dining table.

The height of the breakfast nook table is not always lower that that of the kitchen island. In some cases the extension is meant to be multi-functional with a focus on its role as a bar. It can also serve as a breakfast nook piece in combination with a set of comfortable bar stools.

In certain contexts the kitchen island is also the breakfast table. Such an island would usually have a solid top which extends a bit on one or possibly two sides, forming an overhanging surface able to accommodate bar stools or in some cases a breakfast nook bench able to sit several people.

There are various other ways to combine a kitchen island and a breakfast nook. You can think of these two elements as being independent structures which are simply brought together and connected to form a hybrid, multifunctional piece. Sometimes they even have contrasting designs to reflect that.

Some breakfast nook tables can get quite large. The size is relative to how many people usually sit at the table in the morning. In some cases this can be a regular dining table that’s either connected to the kitchen island or not.

If you don’t want the breakfast nook to occupy a lot of space in your kitchen, design the table as a sort of long and narrow bar counter juxtaposed over the kitchen island and cantilevered over the side just enough to allow 2 people to fit there.

If there’s enough space for this, the breakfast nook can look something like this. This is a pretty fancy design which combines soft curves and smooth edges with sharp and clean lines. Also, the combination of wood and metal is a very beautiful and practical one.

You can have a breakfast nook without actually having to have a full-time breakfast nook. By that we mean that this can simply be that common kitchen island counter and bar stool combo that most modern homes have. In other words, you could opt for a kitchen island with built-in seating.

If you insist on having a breakfast table somehow distinct from the main kitchen island counter but still integrated into this central structure, this could be a pretty practical design solution.

Of course, if you’re necessarily trying to save space in your kitchen, the breakfast can be just as big as the island, if not even bigger. The two can have matching tops and can even be physically connected.

There’s a good reason why a lot of breakfast nook tables are actually extensions of the kitchen island counter or attachments to one. A lot of islands have built-in cooktops are generally used for the preparation of food so serving breakfast there makes sense and saves time.

There are really no limitations regarding the shape of a breakfast nook table, not even in the context of a rectangular kitchen island. The table can have an oval or a round top if so desired and can overlap one of the ends or corners of the island counter. It could be interesting to be able to push the table over the counter to save even more floor space.

A distinct possibility is to create a breakfast nook between a cabinet and the kitchen island, much like you see here. In this case the table/ bar also functions and a space divider, separating the room without minimizing its functionality.

When you think about it, the breakfast nook doesn’t have to a feature separate from the dining area. It could be a single table large enough for family dinners and small enough to be attached to the kitchen island for space-efficiency.

The last breakfast nook idea that we want to share with you today focuses on the table as an island extension and, more than that, as a decorative piece for the whole space. We’re talking about minimalist and sculptural designs such as the one presented here which combine looks and function in a way that’s eye-catching and beautiful.