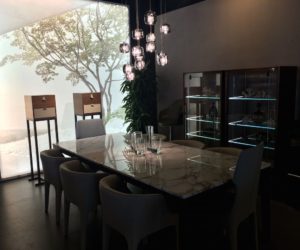 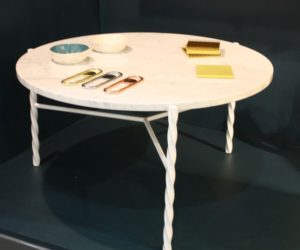 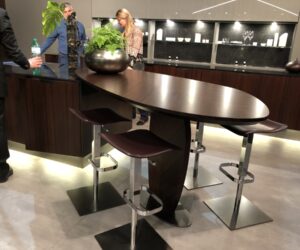 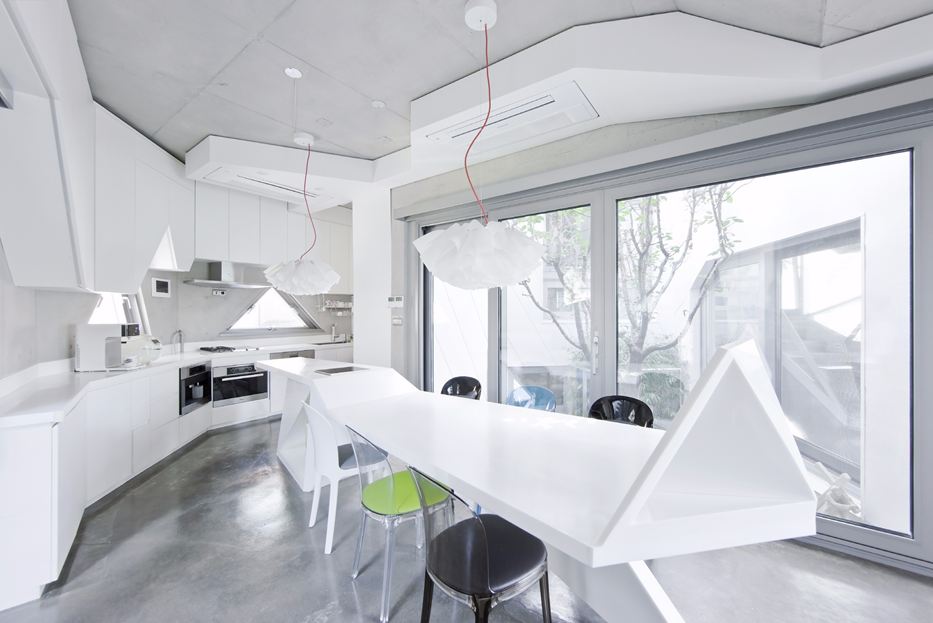 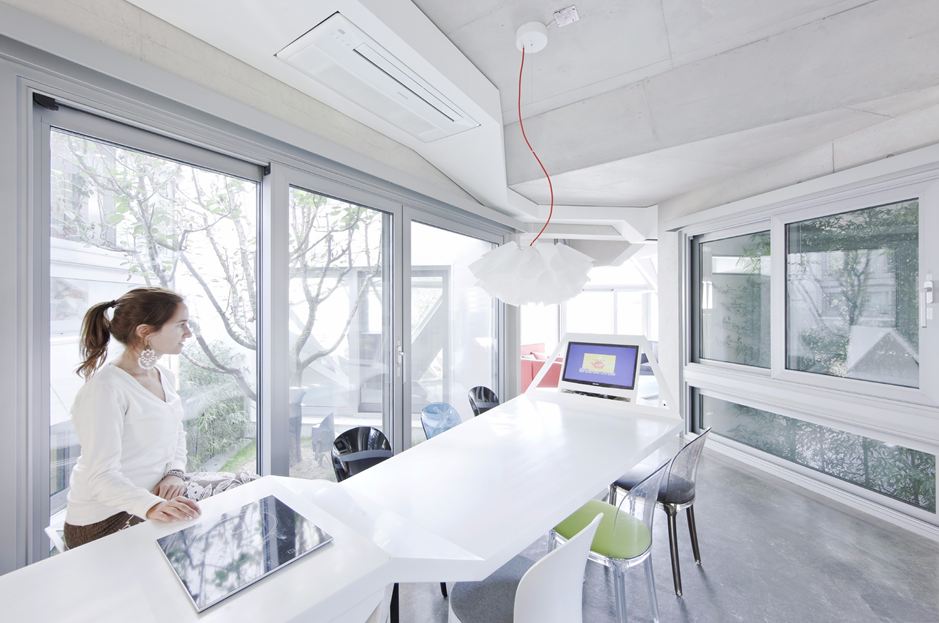 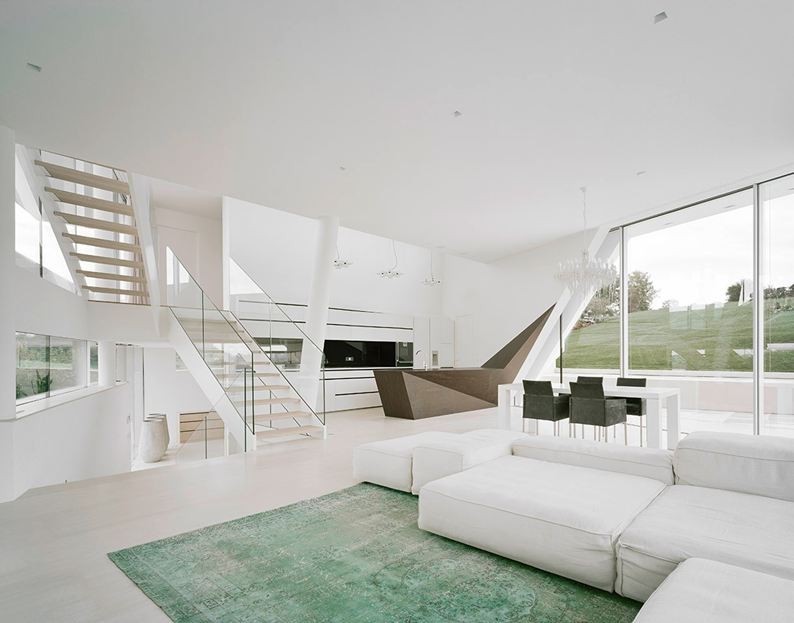 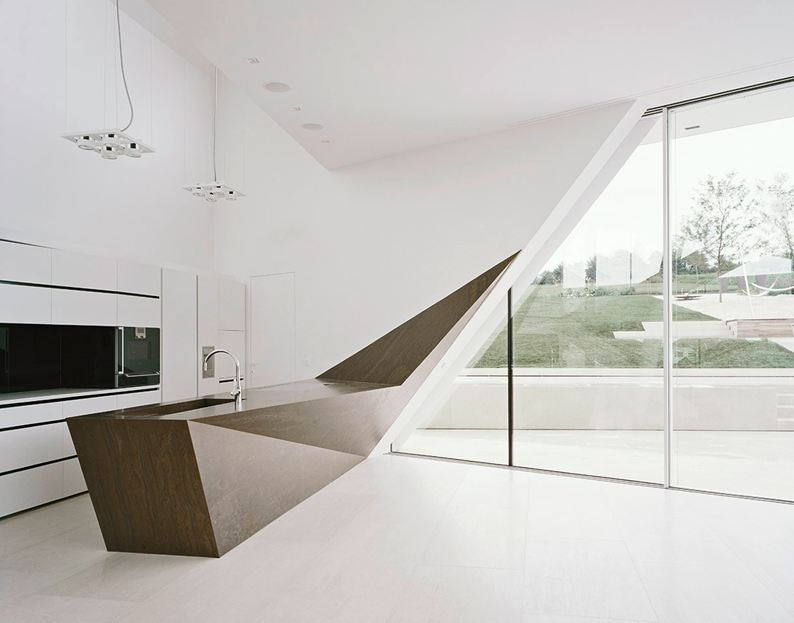 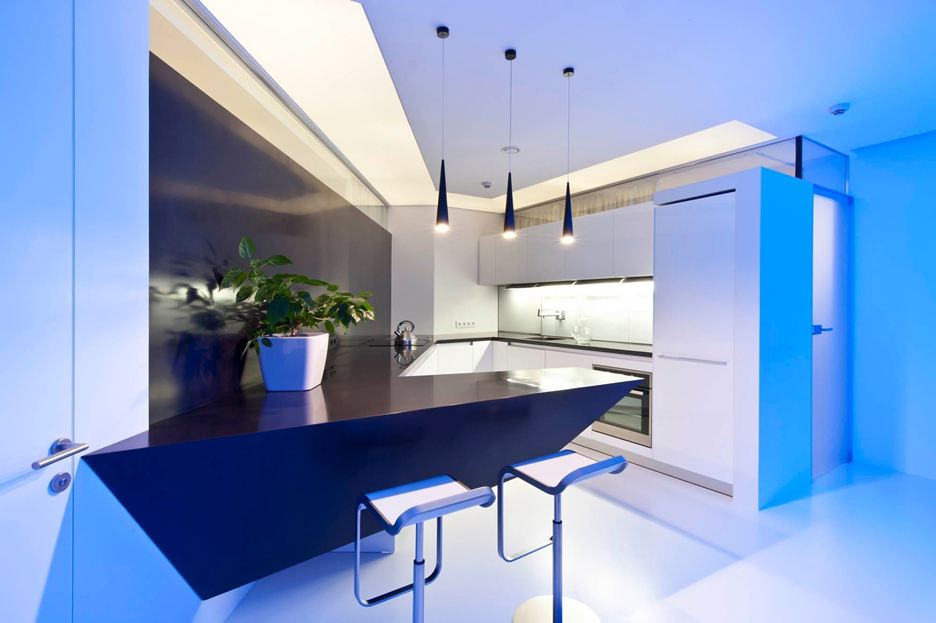 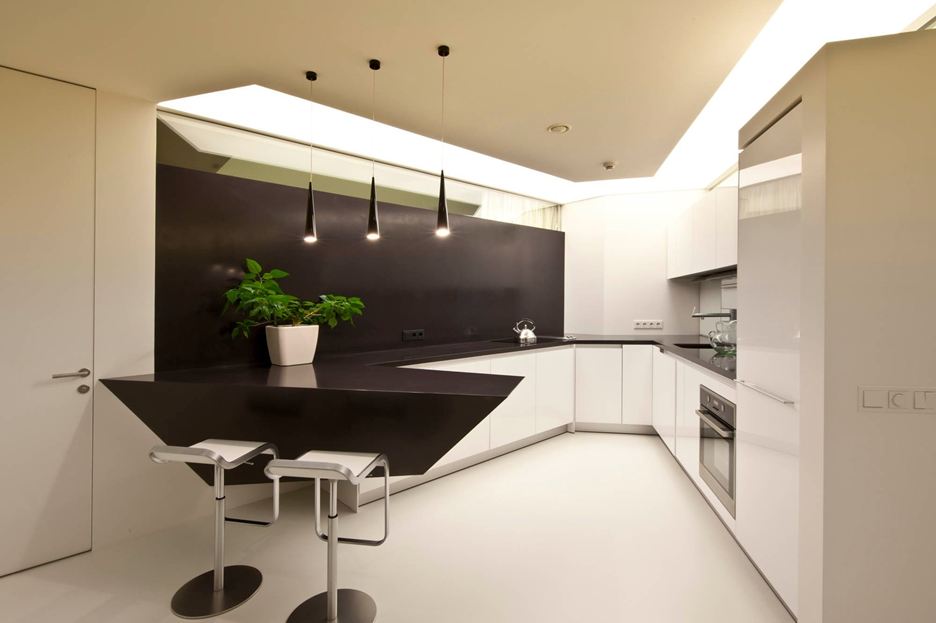 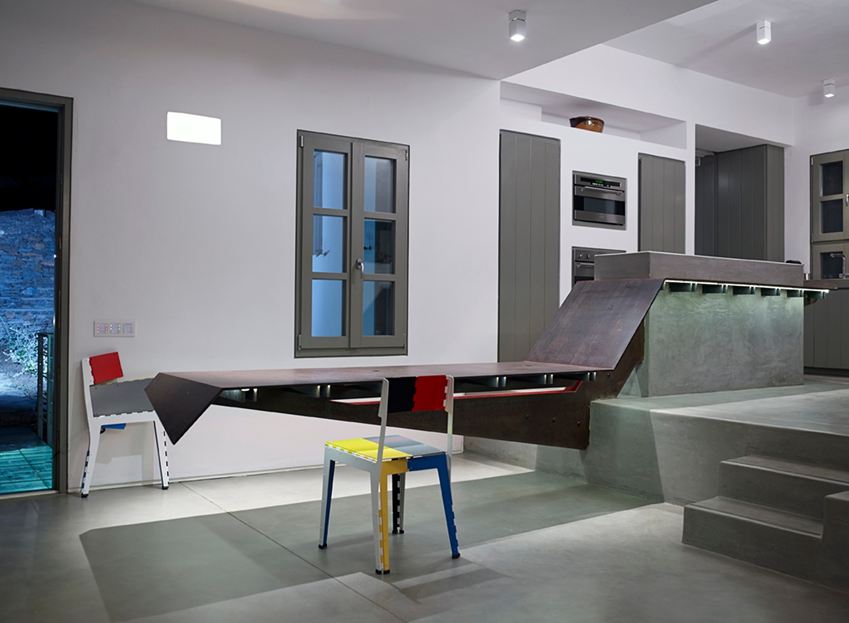 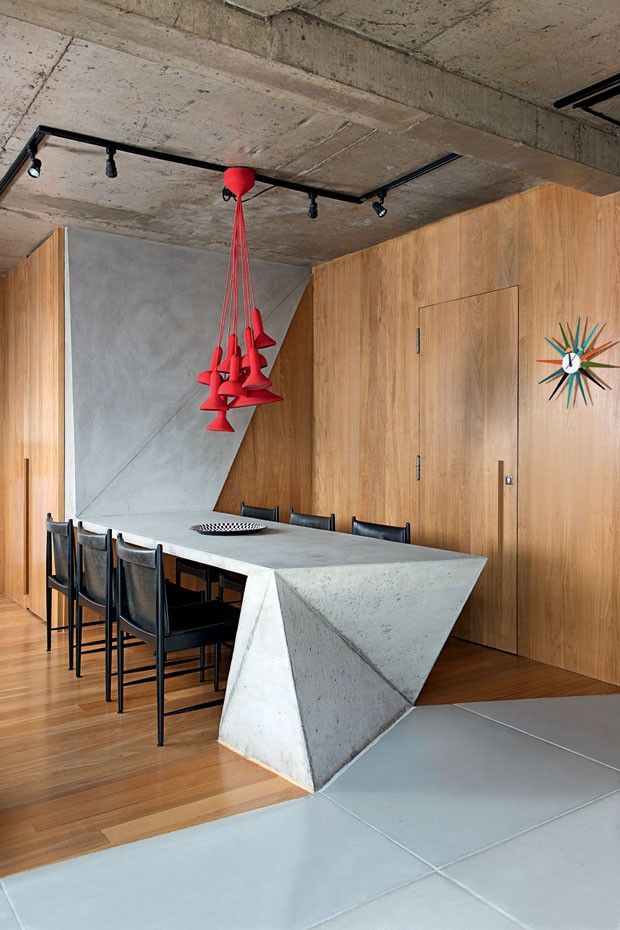 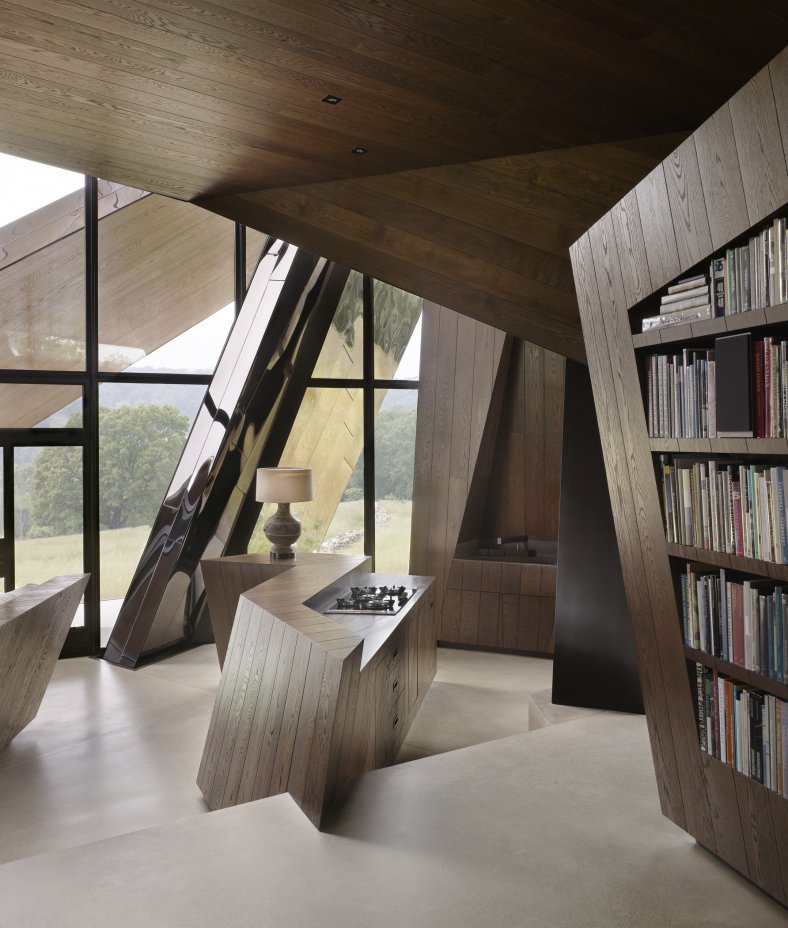 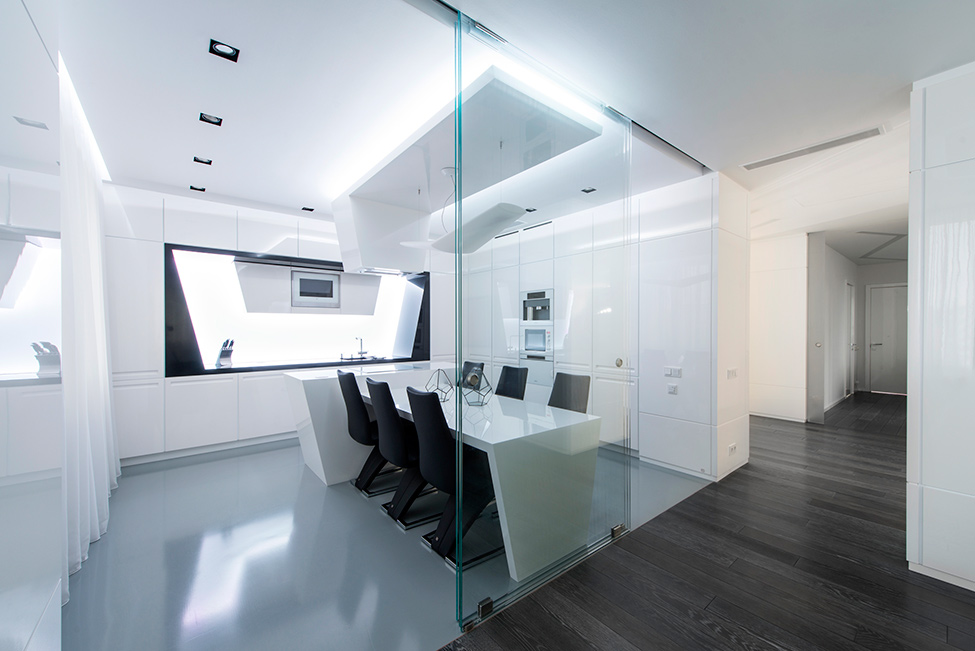 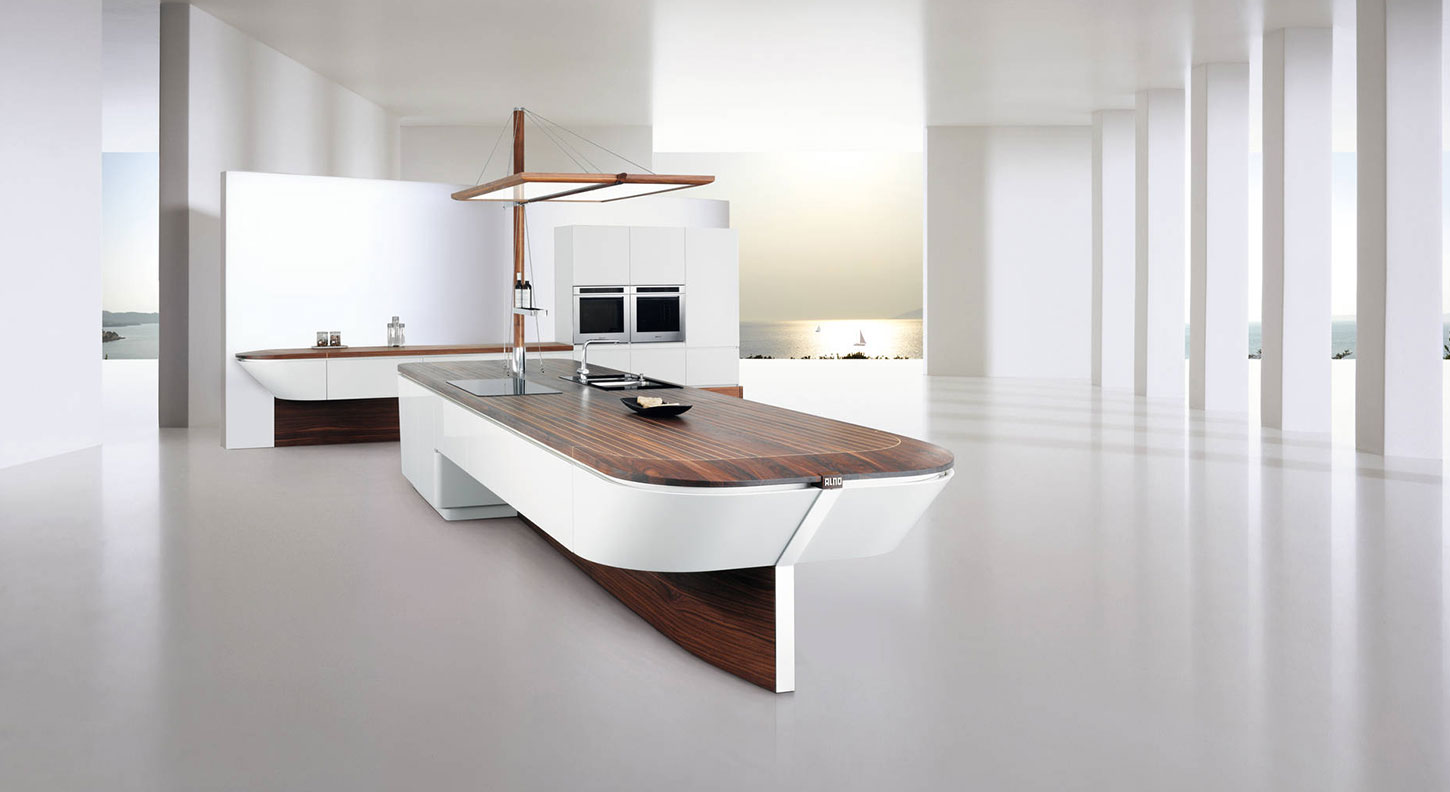 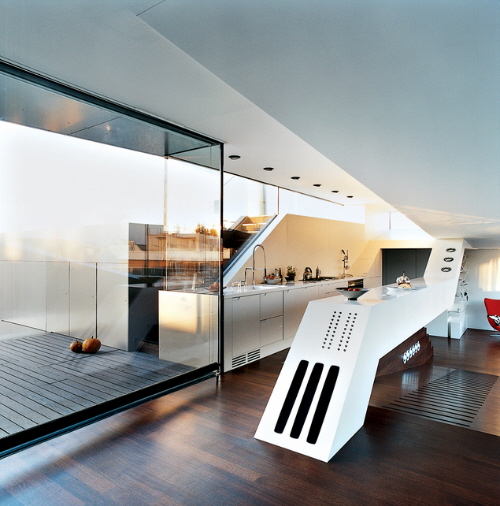 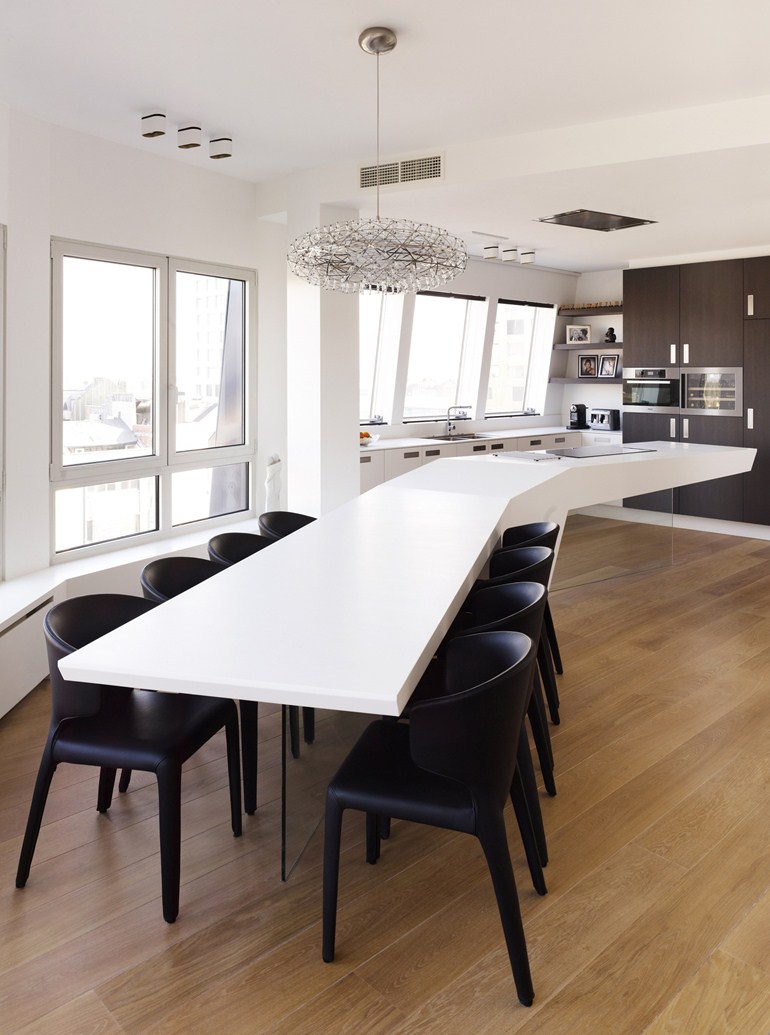 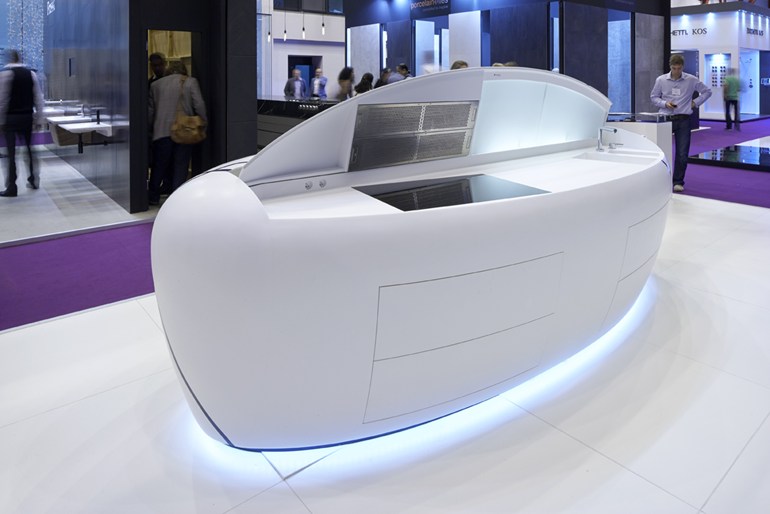 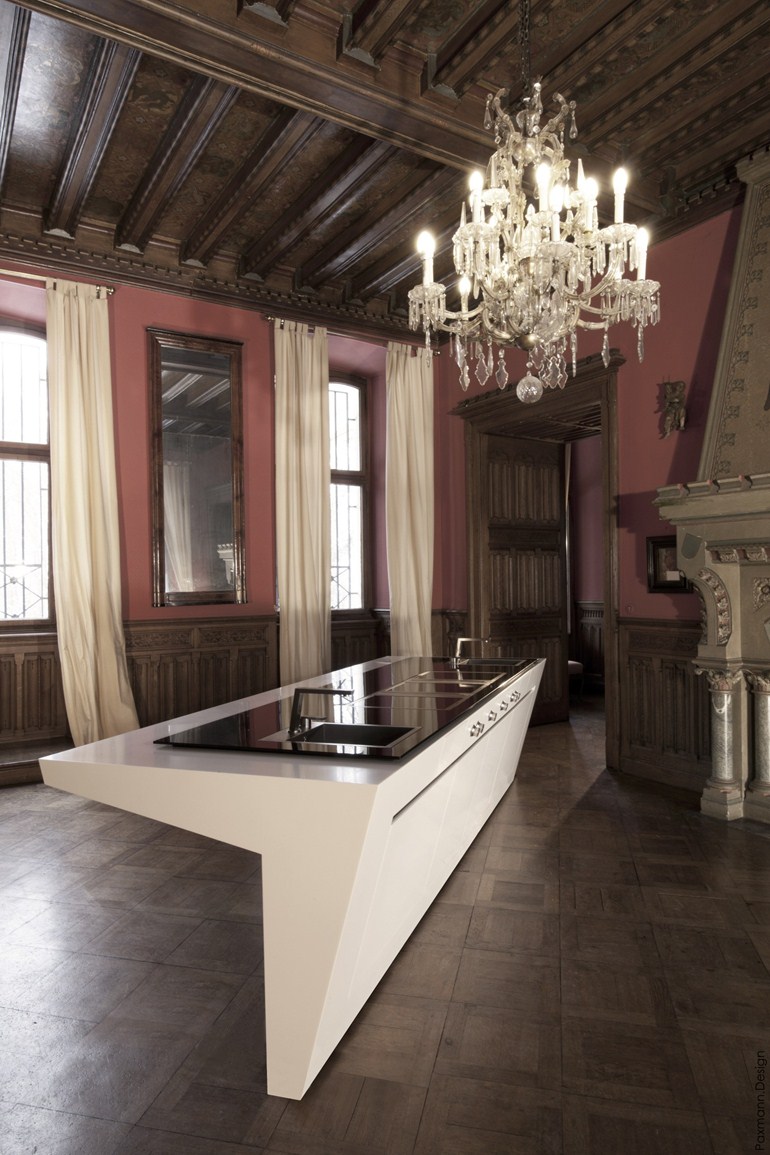 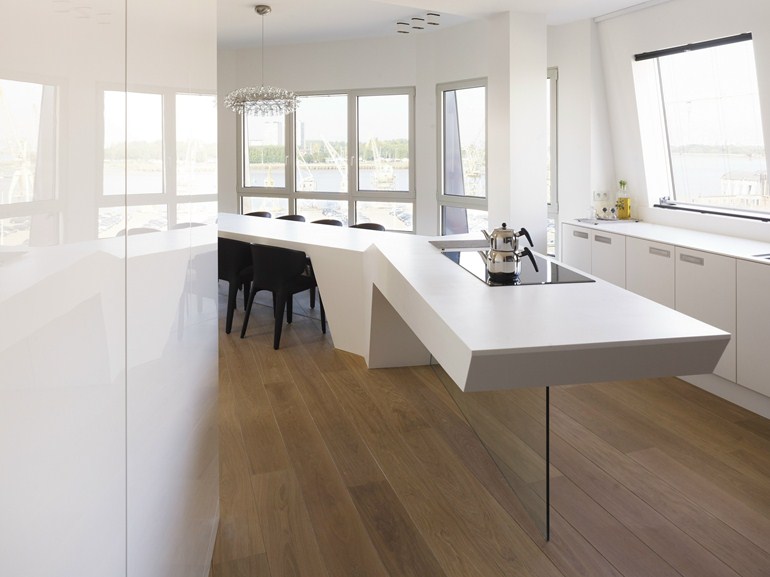 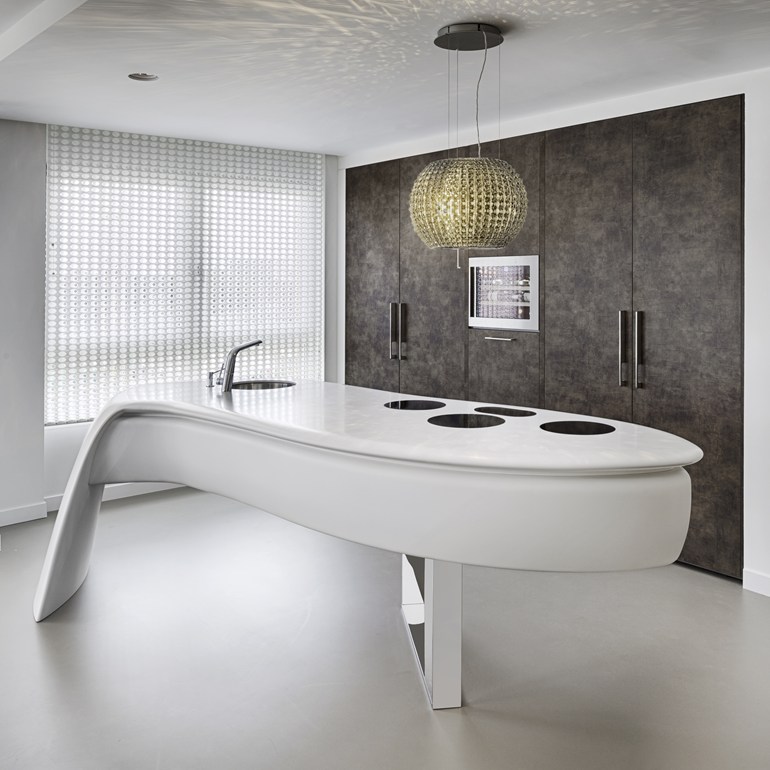 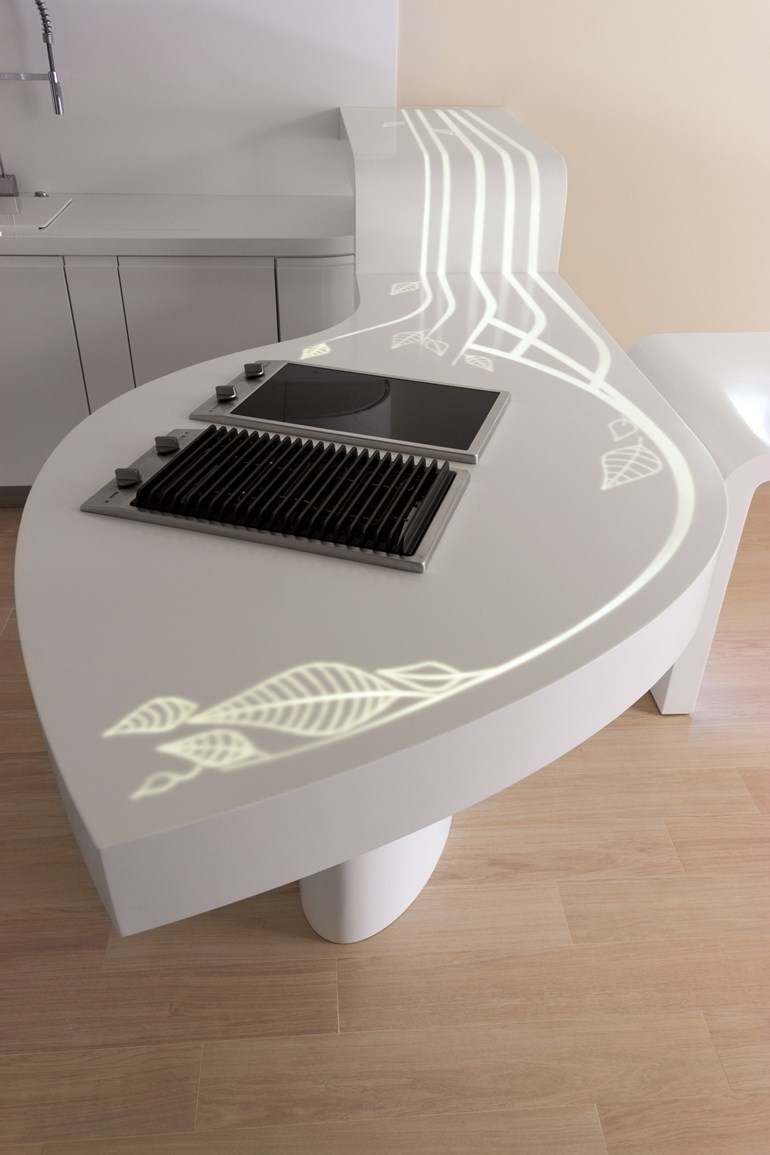 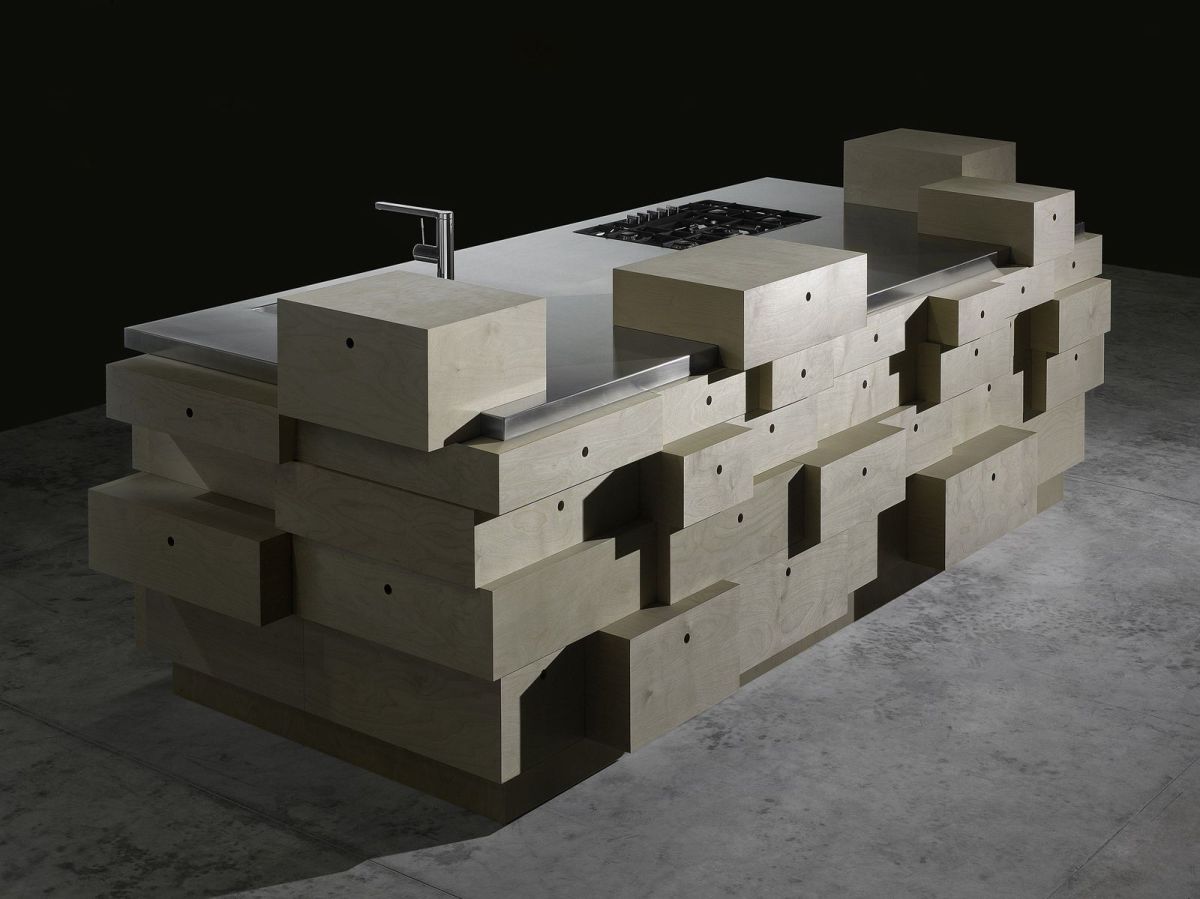 The kitchen island started out as a purely functional element but, with time, it has also developed a more artistic side, all sorts of unusual and intriguing designs being developed. The following kitchen islands offer more than just some extra counter space. They are extraordinary design elements that raise the bar to a whole new level.

Not only that this kitchen island is quite long but it also has a sculptural and eye-catching design. Being completely white, there are no details that could overpower the magnificent and futuristic shape of this piece of furniture. Most of the counter doubles as a dining table, the height being just right for that. It fits perfectly in this contemporary home designed by Iroje KHM Architects.

Looking at this island one could easily mistake it for a modern sculpture. It’s simple and defined by clean lines and angles and it was custom designed for this particular space. You can tell that by the way it perfectly aligns with the oblique line of the window. The island was designed by Project A01 Architects for a residence in Freudorf, Austria.

This island is in fact an extension of the kitchen counter. It sits at an unusual angle which allows the bar stools to be used without obstructing the access through the door. The idea is interesting and unusual and it shows just how much a kitchen can be customized even when it’s not particularly spacious. We found this particularly interesting idea is a home designed by architect Alexandra Fedorova.

In this case, the island extends and drops to form a dining table. It does that on a different level and we mean that literary. There are no legs or columns to support the island and it appears to float, being attached to the platform. Zoumboulakis Architects designed the home in which the island is found and they also included a few other sculptural details as well.

Instead of being supported by two symmetrical blocks, this concrete kitchen island features a completely different approach. One side is extended upwards going all the way up to the ceiling along one of the walls. Given its placement and height, the island perfectly doubles as a dining table.{found on globo}.

Although its function is clear, this structure hardly resembles a kitchen island. Its unusual shape, artistic lines and the fact that it exquisitely matches the rest of the furniture as well as the walls and ceiling without blending in completely give it a particularly unique charm.

Black and white are the two colors that define this futuristic Moscow apartment by Geometrix Design. The kitchen is no exception, featuring a minimalist all-white island complemented by six black chairs which allow it to double as a bar or dining table.

The ship-inspired kitchen island designed by Alno is unusual in terms of looks but this doesn’t take away its functionality. It can be customized in a variety of ways to fit the user’s needs and its design remains minimalist regardless of the modifications brought to its structure. Given the overall look, the island is unmistakably a centerpiece for any kitchen.

The luxury penthouse designed by Meissl and Delugan Architects impresses with its futuristic interior design which is defined by built-in furniture with minimalist and sculptural designs. One such example is the kitchen island which connects the floor and the ceiling in a unique way.

Simplicity is important in the kitchen. This is a space that has to be functional more than it has to be good-looking. And yet there’s plenty of room to combine the two. This kitchen island is a beautiful example. Its transparent and sleek base makes it float while its sculptural shape makes it stand out.

The design of this futuristic kitchen island is intriguing for a variety of reasons. One could argue that it’s not exactly a space-efficient piece because of the shape and angles. However, this doesn’t make it any less functional, especially in the case of large kitchen which don’t necessarily focus on these details.

A symmetrical kitchen island doesn’t always have to be mainstream. The rectangular designs with block-like structures have been replaced now by others which take inspiration from the amazing architectural masterpieces around the world.

A lot of amazing kitchen islands are custom made which means they look so great because they were designed to perfectly fit that particular space. This island’s design responds to the geometry of the room, following the odd angles of the walls and windows.

Contemporary designs follow two directions which is just one of the many ways to distinguish the differences between them. One version offers clean lines and sharp angles while the other focuses on fluidity. Take this kitchen island for example. It looks so organic and natural you can’t possibly deny its beauty. Its shape was inspired by the leaf as you can see from the beautiful details.

The Drawer Kitchen was designed by Gitta Gschwendtner for Schiffini and has a really suggestive name. Numerous drawers of different shapes and sizes are sticking out on the sides of the island, providing storage for everything the user needs when utilizing the island or the kitchen in general.