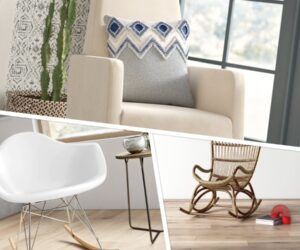 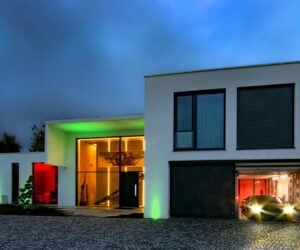 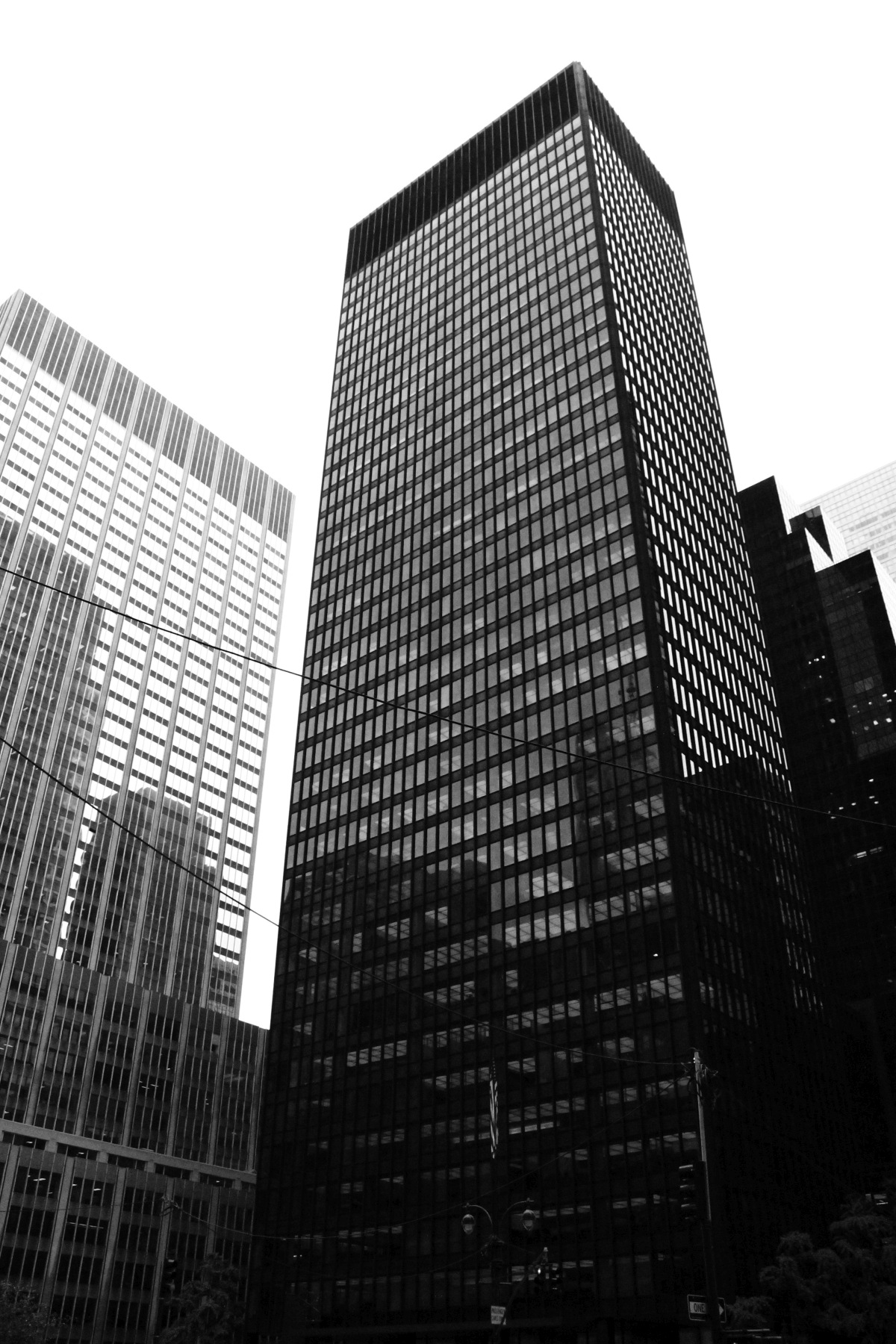 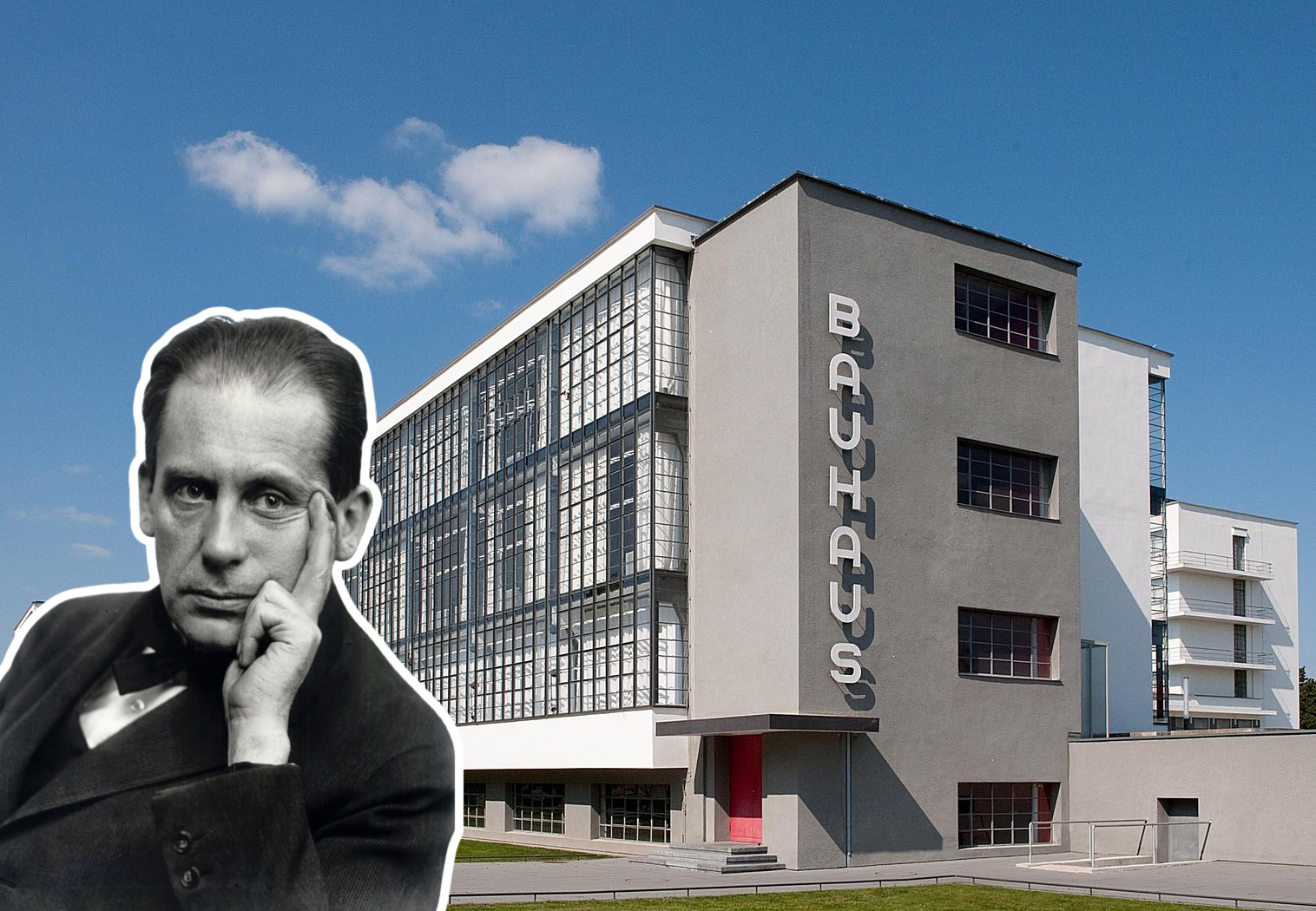 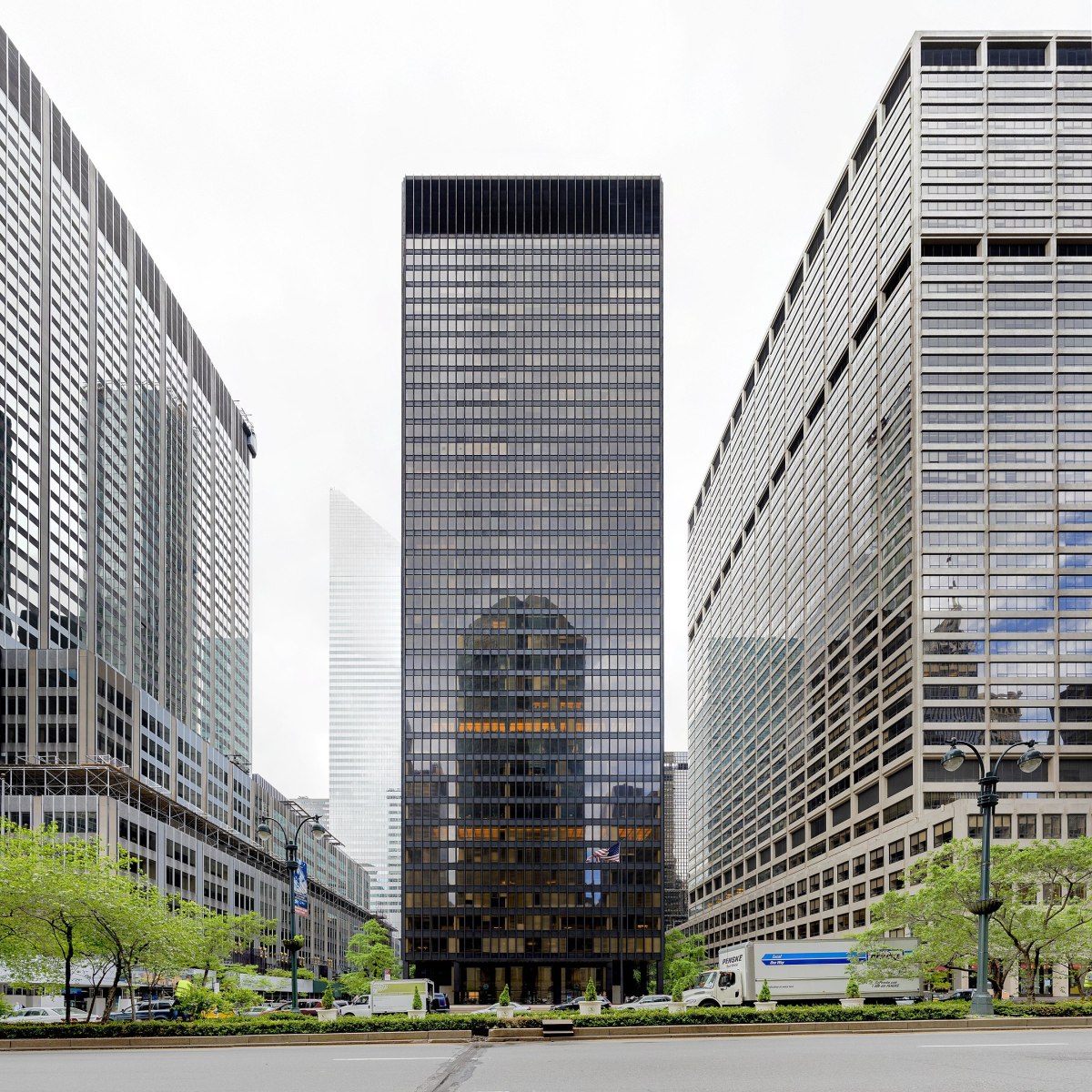 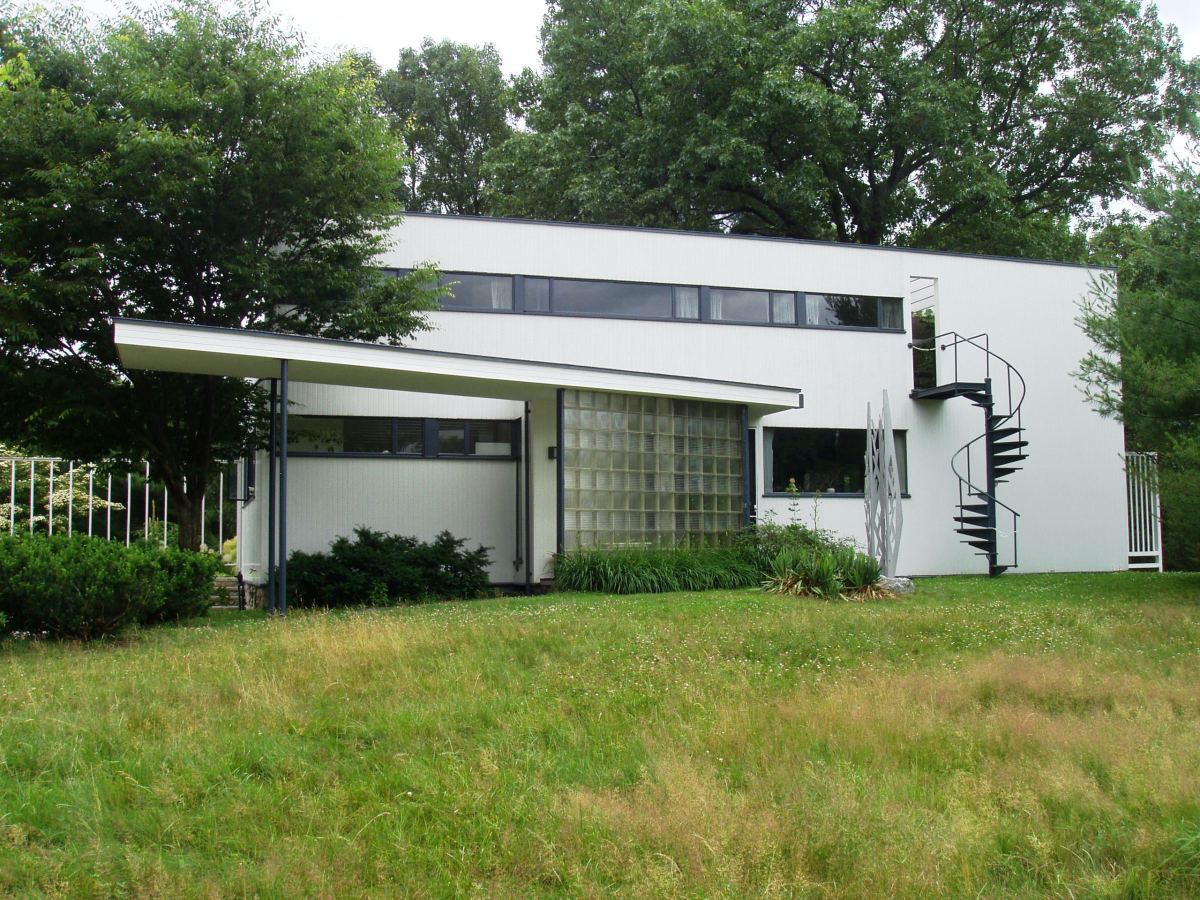 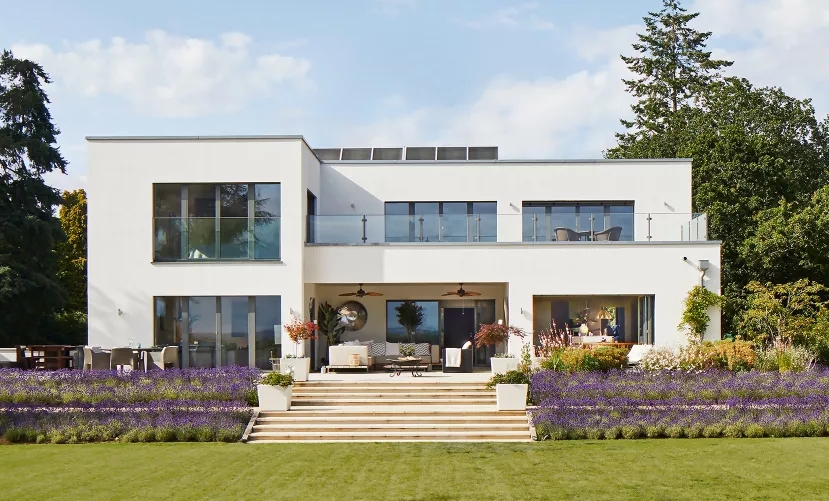 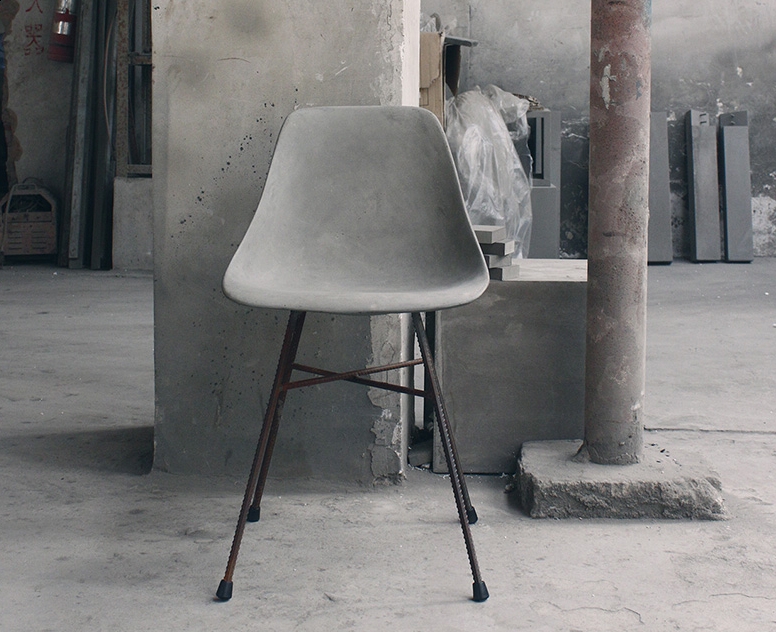 Bauhaus architecture is ubiquitous. Founded in 1919, the original Bauhaus movement lasted 14 years. It wasn’t until the last seven years of the movement that architecture was included in the Bauhaus school.

“Bauhaus matters as an example of a school of ideas that were embodied in all aspects of life. I believe it’s important to preserve and continue to learn from the movement as it teaches us to adopt our designs as a way of living as much as a way of creating images or objects,” said Bauhaus designer Alexis Christodoulou.

Bauhaus architecture predated the Brutalist movement by a few decades. Emerging a few years after World War I, the avant garde movement extended beyond architecture.

Who Was Walter Gropius?

To gain a better understanding of the Bauhaus aesthetic, it’s important to learn about the man behind the movement.

The school’s founder Walter Gropius started the Bauhaus movement in Weimar, Germany. In the late 30s, Gropius fled the Nazi regime and settled in the US.

Gropius was a leading avant-garde figure when he arrived in the US. The Bauhaus founder settled in Lincoln, Massachusetts, and taught at Harvard University.

When describing “total architecture,” Walter Gropius said, “the architect is authorized to design everything from the teaspoon to the city.”

What Is The Bauhaus School?

As the Bauhaus manifesto states, “Together let us desire, conceive, and create the new structure of the future, which will embrace architecture and sculpture and painting in one unity, and which will one day rise toward heaven from the hands of a million workers like the crystal symbol of a new faith.”

As Gropius defined it, a Bauhaus building was a place of light, freedom, concentration, and experiment.

The literal translation of Bauhaus is “house of building.” Similar to Brutalist architecture, the Bauhaus school emphasizes the importance of materials and techniques.

The Bauhaus school applied to many things other than architecture. Walter Gropius did not want technological progress and mass production innovation to impede the school’s growth. Simplicity and harmony remain its core tenets.

The movement paved the way for modernist architecture. Gropius is the reason why we have monolithic high-rise buildings and industrial apartments.

Designed by Ludwig Mies van der Rohe, the Seagram building is a testament to modern architecture. Known as Mies in the design world, he would be the third and final director of the Bauhaus school.

The Bauhaus influence spread to US neighborhoods. Its presence today has grown and is even more significant now than ever before.

Gropius’ first architectural project on US soil would be his home in Lincoln, Massachusetts. When it was finished, one of his neighbor’s commented that it looked like a chicken coop.

After the Great Hurricane of 1938 swept through Massachusetts, Gropius’s home was one of the few in his neighborhood that remained intact.

In this example from Baufritz, simple geometric shapes define the home’s functionality and purpose. The home shows how simplicity is stunning when executed the right way.

The flat roof is another Bauhaus feature as it serves more than one purpose. Dark gray trim is a Bauhaus color trait.

If it wasn’t for the Bauhaus movement, mid-century modern wouldn’t exist. Located in Lincoln, Massachusetts, this example of Bauhaus home architecture is from Flavin Architects.

Original Bauhaus furniture designers felt home décor items were too independent of each other. With interior design, the Bauhaus school’s driving force was to eliminate the nuances of furniture décor. For example, Bauhaus designers stripped the traditional sofa of its individuality. It was only until this was achieved that a décor item could agree with its interior space.

Bauhaus furniture designers believed decor was defined by its usage. For example, if a kitchen table was used as a bed, then it was a bed, not a table. It was this concept that shot like a zenith through the interior design world. The idea paved the way for functional design and “repurposed furniture.”

In the 50s, Bauhaus-inspired furniture grew in high demand. It was Henri Lavallard Boget and Julie Legros who pushed the Hauteville chair to new heights.

By applying Bauhaus concepts, the French designers envisioned a chair made of concrete, rebar, and fiberglass. The idea that a furniture piece made with hard, natural materials could be stylish and comfortable was a bold concept.

The concrete chair was created after Boget and Legros discovered a resin chair seat in an abandoned sanatorium in Hauteville.

The US industrial style was born out of the Bauhaus aesthetic. As industrial buildings were abandoned in the 50s, developers seized upon the spaces, turning them into living environments.

Large, wide-open interiors were in line with Bauhaus interior features. The first home designed by the Bauhaus movement had six rooms in one space. Each room was separated by temporary walls.

Metal, steel, glass, and brick are the Holy Four of materials in the Bauhaus movement. Open light sources, large windows, and high ceilings are three key elements of the Bauhaus.

The kitchen space envisioned by the Bauhaus movement had a clean slate. Minimalism remained at the heart of kitchen design. Today, recessed lighting and under-cabinet lighting are Bauhaus traits.

The Bauhaus style applies rigid principles toward accessories. If a décor piece does not serve a function, then don’t use it. Clutter is prohibited.

Why Is Carpet Not A Bauhaus Feature?

Rugs and floor mats are Bauhaus features. Carpet has always been prohibited. Hardwood flooring and concrete floors uphold the minimalist aesthetic. The disdain for carpet is centered on its unnatural material and high-maintenance qualities.

Who Designed The Original Pan Am Building In New York City?

Walter Gropius did not design the Pan Am building. The building’s true architect was Richard Roth. Gropius was enlisted as a consultant on the project, but he had little creative input. Over the years, and because Gropius is more famous, he is mistakenly credited as being the building’s chief architect.

Why Is The Bauhaus Designed Wassily Chair Expensive?

Bauhaus designed furniture is durable and long-lasting. It relies on a minimal design and uses strong materials like concrete and steel.

Why Are Bright Colors Not Included In The Bauhaus Style?

Bright colors and pastels are obnoxious. From an aesthetic perspective, bright colors are unrealistic. The New Bauhaus School was all about confronting reality and then twisting it upside down. Bright colors represent phoniness and emptiness.

The Staatliches Bauhaus began as a revolt against popular design. Today, Bauhaus is the standard. The style occupies a ubiquitous presence in our daily lives, making it easy to overlook and ignore.

In 2021, a revitalization of new Bauhaus interior design was underway. After spending a year under lockdown during the pandemic, US homeowners wanted more out of their interior spaces.

Bauhaus architecture experiences renewed interest, the movement has officially entered its second millennium. It was over 100 years ago when Walter Gropius founded Bauhaus. As strong as it is today, there is little doubt the Bauhaus influence will diminish.