Every house needs a door and we usually don’t even think twice before choosing the most common hinged door type but there are quite a few alternatives to that. These alternative door types help you spice up the design and decor of your home in a way that doesn’t interfere with its functionality. Also, different types of doors present certain specific advantages which make lots of sense in some cases. In order to better understand what we mean by that, we prepared a few examples to show you today.

Pocket doors are really great if you want to be able to connect two adjacent spaces in a seamless manner. The advantage in this case is that you’re working with a sliding door which, when fully open, disappears into a hidden compartment inside the wall. They can be used to separate large floor plans into sections while at the same time maintaining a high level of flexibility and offering the possibility to easily link the spaces together. A nice example is the design created by AO Studios for this apartment in Singapore.

Hidden doors which are disguised as something else are really cool. The most common image which comes to mind here is that of a secret door disguised as a bookcase. That’s actually something you can add to your own home if it has the right layout for this. Such hidden doors can also look really cool in offices, like this one designed by The Bold Collective,

In the case of a residential space, a secret door behind a bookcase can fit beautifully in a living room. This requires the room to be adjacent to another space such as a bedroom or a home office for example. This room can have multiple entrances and the bookcase door can be one of them. Check out this secret room designed by i.house for more inspiration.

Barn doors have a lot of character and although they are rustic at the core there are many different designs which have been adapted to fit into modern and contemporary spaces as well. There are multiple uses for sliding barn doors, including some which are quite clever and ingenious. A great example here is a space designed by Moloney Architects which has a small home office inside the dining area. However, you can only see the desk when the barn door slides open.

A sliding barn door can also become an alternative to a typical hinge door for one of the rooms within the house. We find the idea of adding a barn door to a bedroom very charming. This beautiful home designed by Aamodt / Plumb Architects offers a really nice interpretation of this concept, featuring a big sliding barn door between the master bedroom and its en-suite bathroom.

Sliding doors are often a part of the modern and contemporary house designs, usually used to separate the interior spaces from the outdoor ones. They’re an effective way of creating a clear distinction between them but at the same time they make it easier to transition from one side to the other and in some cases to open up the indoor areas completely and to eliminate the physical barrier altogether. Studio CplusC Architectural Workshop used sliding glass doors with wooden frames to create a strong connection between this house and its beautiful surroundings.

Sometimes a door is more than just a connection to the outside world. Sometimes it becomes a focal point and memorable design element for the structure that it’s a part of. The Cornavin Train Station in Geneva is a really cool example in this sense. It features two oversized doors with sculptural designs. They’re made of concrete and glass and they were designed by architects IttenBrechbühl and local artist Carmen Perrin. When architects IttenBrechbühl were designing the renovation of the Cornavin Train Station in Geneva, Switzerland, they worked with local artist Carmen Perrin, to create two over-sized doors, made from Ductal concrete that surrounds glass circles.

Although they’re often associated with farmhouse-style houses and with trains, Dutch doors are still quite popular today and there are many ways in which they can be naturally integrated into modern and contemporary house designs. They’re specifically known for their two-panel structure. A Dutch door is divided into two sections which can be operated individually, making it possible for the bottom half to remain closed while the top one is open. (House designed by FabCab. Photography by Matt Wright)

Pivot doors are very stylish and have a reputation for being sophisticated, minimalist and modern. They don’t have hinges and typically they open by pivoting in the middle. They can also be offset in which case the pivot point it not at the center but the idea and the mechanism remain the same. They can be of many different sizes and made of various different materials. These glass pivot doors designed by Anyway Doors have a very simple and sleek look and they can rotate 360 degrees.

This gorgeous house designed by studio EDAA has several pivot glass doors. They’re disguised as walls and they can open up to connect the living spaces to the garden and the beautiful surroundings. This is also a really great example of how modern glass doors can be used in combination with materials such as stone to create an eclectic and unique design. 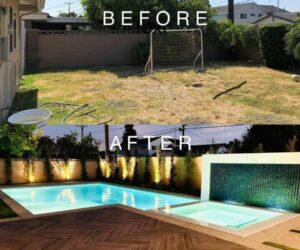 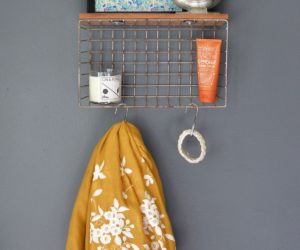 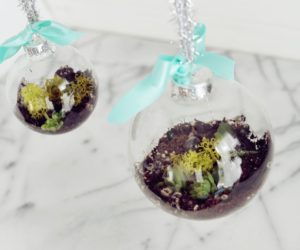 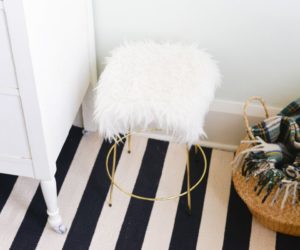