Standard white vinegar can be a very useful substance that can help you with many household problems. You can use it to clean, disinfect, and even get rid of some pesky inhabitants of your home and your yard. 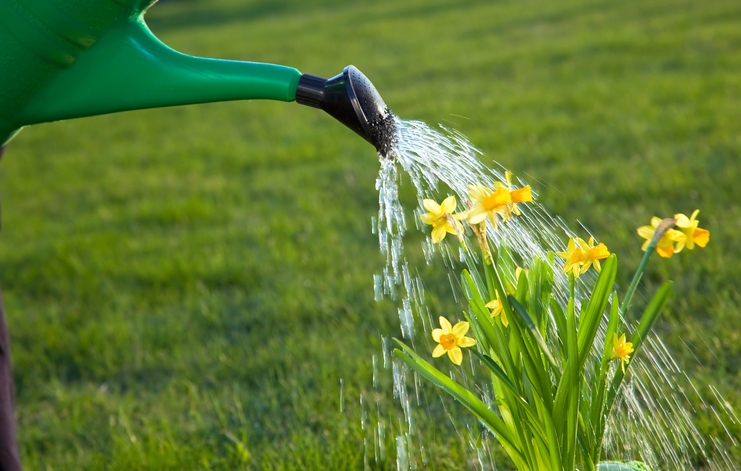 But another use for vinegar is getting rid of unwanted weeds. Or at least, that’s what an old wive’s tale insinuates. But is it safe? Does it also kill grass? When is it okay to use it? We answer all of this and more!

The short answer is that, yes, vinegar kills grass. This is a good thing in some cases and a bad thing in other cases. It really depends on if you want the grass killed or are simply just trying to get rid of something else.

Vinegar is often used in the grass to get rid of bugs. But when you use it, there’s a good chance it will also destroy your plants and anything green in its way. Luckily, it is safe for humans and pets, as well as the water supply.

Yes, the good news is that vinegar does kill weeds. You can use it as a weed killer in problem areas. While it may not kill the roots, those can be pulled up easily after the weed is taken care of at the top.

But like we mentioned earlier, vinegar may also kill your grass. So try to avoid using it in areas that you want the grass to stay unless you plan on seeding more grass in the future in that same area.

Why Does Vinegar Kill Plants?

This is a question we get from the inquisitive types using vinegar to kill plants. The reason is that vinegar has acetic acid. This acid in the vinegar dissolves the cell membranes which draws the moisture out of the cells, leaving the plant helpless.

Plants need moisture to live and since the vinegar takes this away, the plants die away shortly after. In fact, most plants end up dying within 24-hours of being sprayed with a vinegar mixture, some even begin dying within minutes.

This simple mixture will do a great job of killing weeds at the surface. You can use a large spray bottle. The larger the better as you can keep the mixture on the shelves for future use without any problems.

In general, you will use one gallon of vinegar per cup of salt and a tablespoon of dish soap. Try not to bubble the soap and instead stir it rather than shaking it. This will give you the next texture to work with.

Other Uses For Vinegar

Vinegar is a magic substance with many uses. We’ve brushed up on these uses before but haven’t gone in-depth with them. That is, until today. Here are some of the most common uses for vinegar around the house.

Vinegar can be used for cleaning in most cases. You can clean wood floors, appliances, and so much more. There are few times when it is a bad idea to use vinegar because it rarely causes a problem in cleaning.

Of course! Vinegar can work just like CLR to remove built-up gunk on your shower head. Secure a bag of vinegar over the showerhead and let it soak for few hours. You can also simply take the showerhead off and soak it.

Soak The Sink Or Tub

If you are having trouble with soap scum, you can run a sink or tub of water and add vinegar. Whenever you drain it after a few hours, you can scrub the soap scum right off with a brush. This is such a useful trick!

This treatment shouldn’t be used unless used lightly and with apple cider vinegar rather than straight white vinegar. But you can use it in between shampooing and condition and hair treatment to remove oils.

You can get rid of wax by letting the vinegar peel it up. There are many other ways to remove wax from carpet, furniture, or hardwood, but vinegar is one of the best choices. Just make sure to wash the floor after.

This trick is also smelly but it can work wonders for a stubborn microwave. Just microwave a little diluted vinegar in a glass container and then you should be able to wipe away any leftover dirt and grime.

Yep, you can spray your dogs with vinegar to keep fleas away. Just avoid their eyes and you should be good. Vinegar may be a strong smell but even fleas don’t like it, so this can play to your advantage.

Ever had a toddler who got out of hand with the stickers? You can let the area with the stickers soak with vinegar for an hour or so. Then come back and peel them right up with a scraper or simply use a brush.

This may smell quite strong, but it does work wonders. Clean the coffee pot by allowing the vinegar to pass through for a cycle or two. When you’re done, let water pass through to clean the pot and then you’re ready for a standard cup.

Other Substances That Kill Grass

There are many substances that can kill the grass. Learning what they are can be a good thing whether you want to kill the grass or not. Because if you are aware, you can choose whether or not to use them!

This sounds silly but boiling water can kill the grass. It’s very gentle and won’t discolor the grass either. So it can be a good option but it’s important to be very careful with the water as it is very dangerous.

If you don’t want to kill grass then keep boiling water away from it. This isn’t a problem that comes up often but notifying the family that this could happen is a good idea in case you are that one in a thousand.

Motor oil, cooking oil, and practically any other type of oil can kill the grass. It is not recommended to use oil in any case, even to purposely kill grass. It can actually harm the area and become a bigger problem.

It also discolors the area. Motor oil especially can cause ugly black marks on the grass that simply will not go away unless you till the entire area and replant new grass. So avoid using oil at all on your grass.

This isn’t just chemicals like weed killer but also chemicals in general. Bleach, Lysol, Clorox. There are many substances that kill grass almost instantly. So try not to use chemicals unless it is a weed killer.

Even then, it’s a better idea to use the vinegar mixture as it is gentle and much safer to be around. Even pets and children can play on vinegar grass whereas weed killer is dangerous for both of them.

Unless you garden, you may wonder why in the world someone would want to keep grass from growing. But there are certain types of gardens where the grass is just a hassle and gets in the way. It can also hide snakes!

There are many frequently asked questions about vinegar killing grass because people want to kill weeds but they want to keep their grass green and lush. These questions will be answered to curb your worries.

Will Grass Grow Back After Vinegar?

Usually, grass does grow back after vinegar is used to destroy the weeds around it. However, sometimes, the weeds also grow back. It can be difficult to keep the weeds at bay without keeping the grass away too.

The best thing to do is pull up the roots of the weeds so that they don’t come back. Then, you can give the grass the vitamins and minerals that it needs to grow back healthily and quickly since the weeds cannot.

Yes, this is the type of vinegar that is used to kill weeds and most grass is simply a weed that is attractive and low on the invasion scale. While you can use other types of vinegar, white vinegar is the most common.

This is because it is potent, pure in its form, and affordable. While other kinds of vinegar like apple cider vinegar can work in a pinch, if you are out shopping for vinegar to use, then choose white vinegar for killing weeds.

Vinegar doesn’t kill grass permanently, so if you are looking for something that will get rid of both weeds and grass for good, you are going to have to go deeper. The number one way is to pull up the roots.

However, there are chemicals that usually do a mighty fine job of getting rid of those pesky weeds and overgrown grass that are invading the other plants. For a cheap option, go with Spectracide, for something higher-end, go with RoundUp.

How Do I Permanently Kill Grass Naturally?

Luckily, the most effective method for killing grass is also the most natural method. This isn’t even a semi-natural method that involves using borax or vinegar. But the way that it has been done since the beginning of time.

There are some products that claim to kill grass at the roots and some of them can. But if you want a sure thing then you need to dig up the grass, making sure it doesn’t have anything rooted in the ground to grow from.

What Is The Cheapest Way To Kill Grass?

The single cheapest way to kill grass is to pull it up. But almost any household substance that kills grass is very affordable, primarily because you already have them around, but even if you have to buy them, it’s still cheap.

Again, pulling the grass up is great but it does take some elbow grease. So it all depends if you want the most effective method or the easiest method because these are both very affordable options for killing grass.

How Do You Mix Vinegar To Kill Weeds?

The simplest mixture using vinegar is easy to remember. It’s just 1 gallon of white vinegar, 1 cup of salt, and 1 tablespoon of liquid dish soap. You can use more or less but this is the easiest to remember due to the ratio.

While vinegar alone can kill weeds, the mixture is easier to use and is more effective. Since you probably have salt and dish soap on hand, it isn’t any more difficult to use the mixture as opposed to straight vinegar.

How Long Does It Take For Vinegar To Kill Weeds?

Usually, vinegar kills weeds very quickly. In fact, most people find that the weeds are completely gone in a day. They start to die immediately and will begin to yellow within hours. But the entire process can take up to a day.

If the weeds aren’t dead within a day, then redo the process. If it rains, the process can be negated, so make sure that you kill weeds when the weather si supposed to be clear for a few days for best results.

Is Vinegar Ever A Bad Idea?

Vinegar is generally a safe substance to use but there are always a few concerns, especially coming from parents. Vinegar can discolor wood if it is left on for an extremely long time, so limit it and keep an eye on soaking items.

This substance can also peel up paint if left for too long, but if you watch it closely, this is unlikely to happen. So the key here is to keep an eye on vinegar and possibly test it out on a small unseen area first.

Now, the only real problem with vinegar in terms of your health is when consuming it. While it is generally harmless, you shouldn’t drink it straight without asking your doctor if it is a good idea. So keep it out of reach of children.

Aside from that, vinegar shouldn’t cause you any problems! Vinegar allergies are quite rare too and don’t cause long-term effects. Instead, they act more like a dust allergy, causing few mild symptoms until the vinegar is gone.