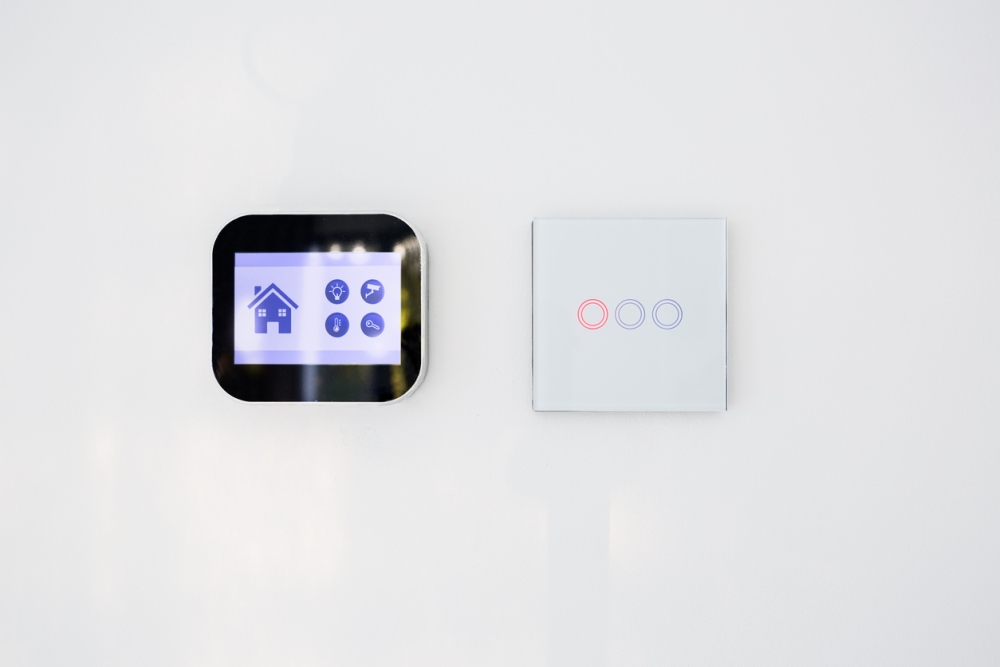 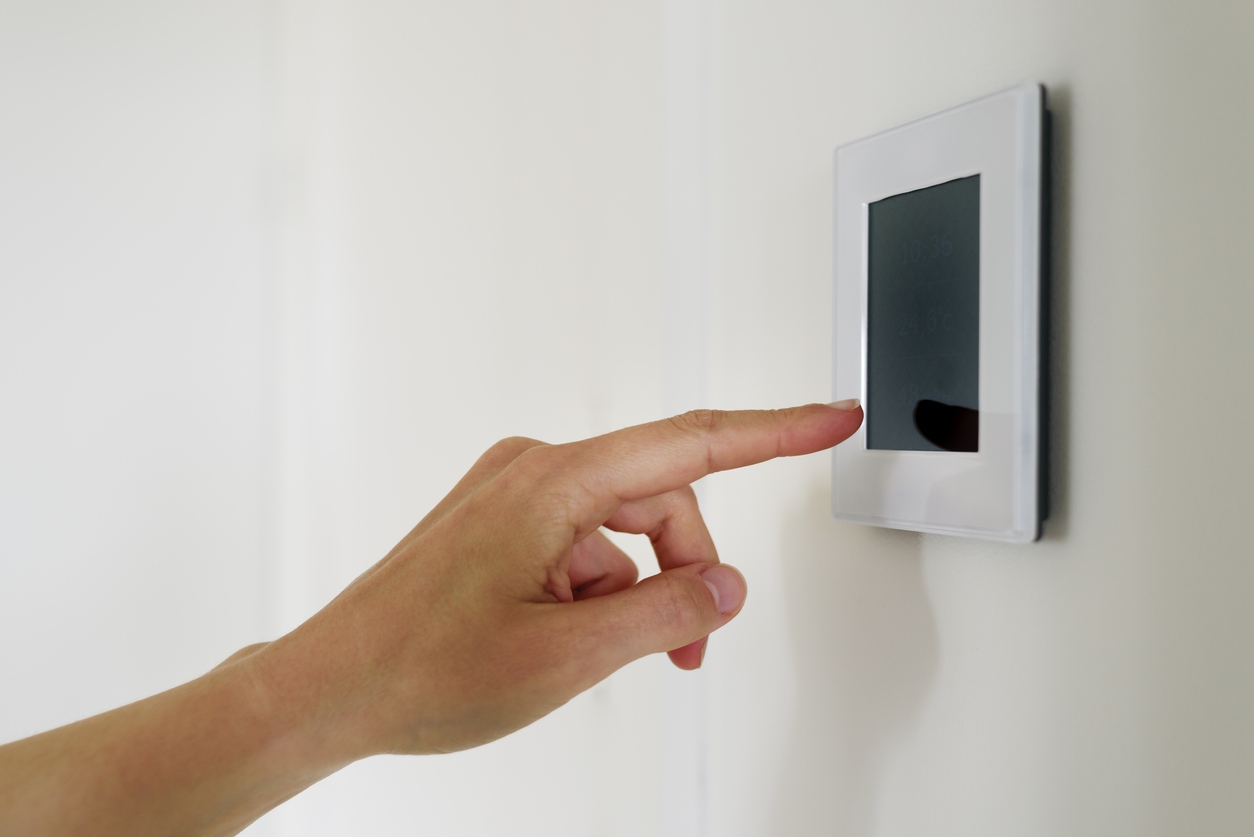 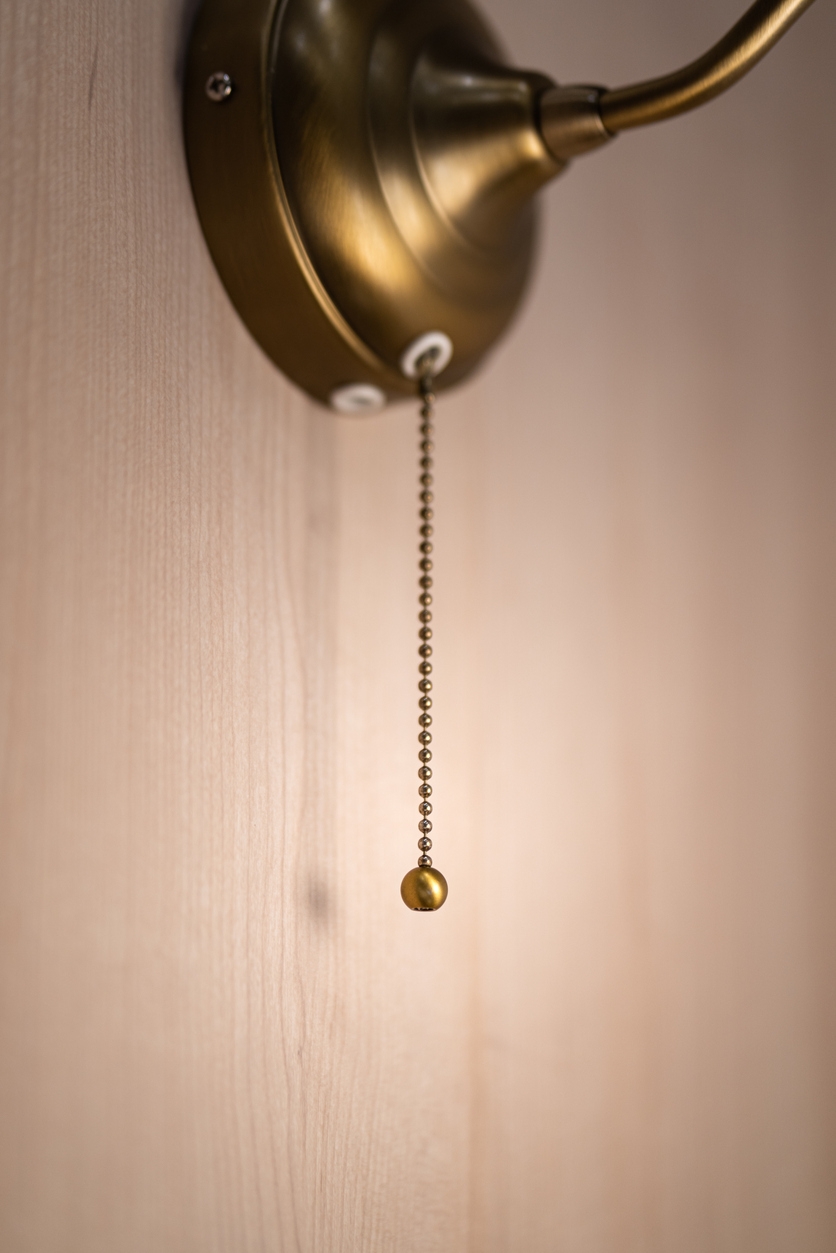 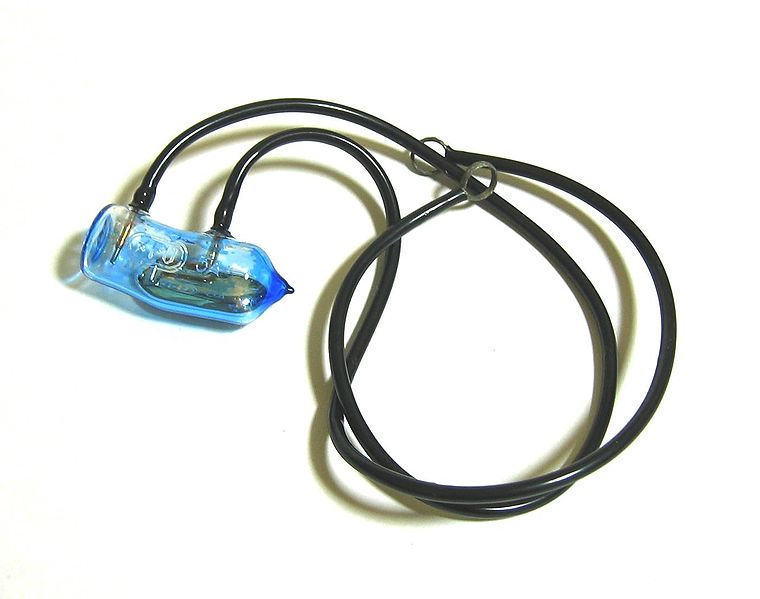 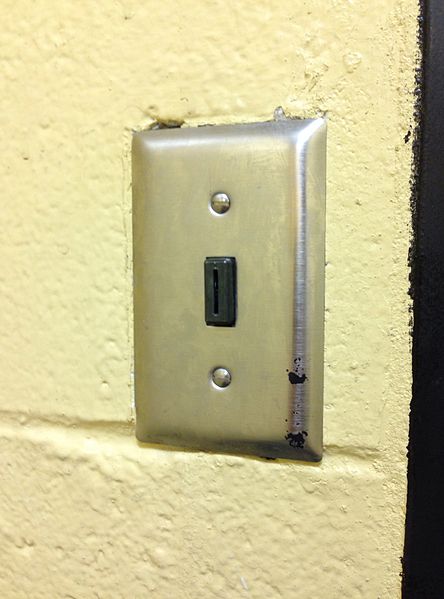 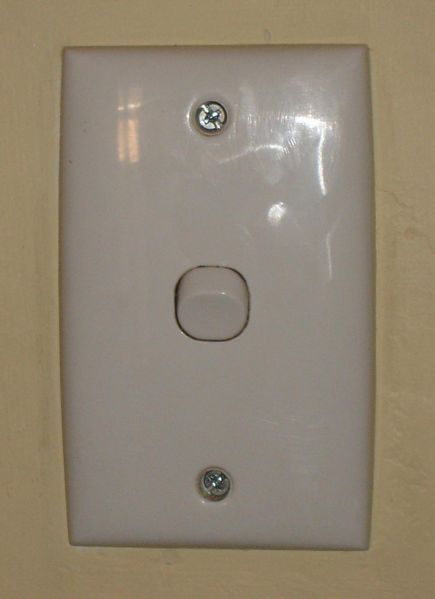 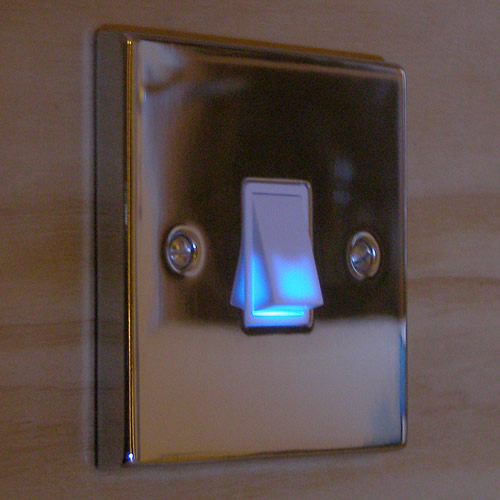 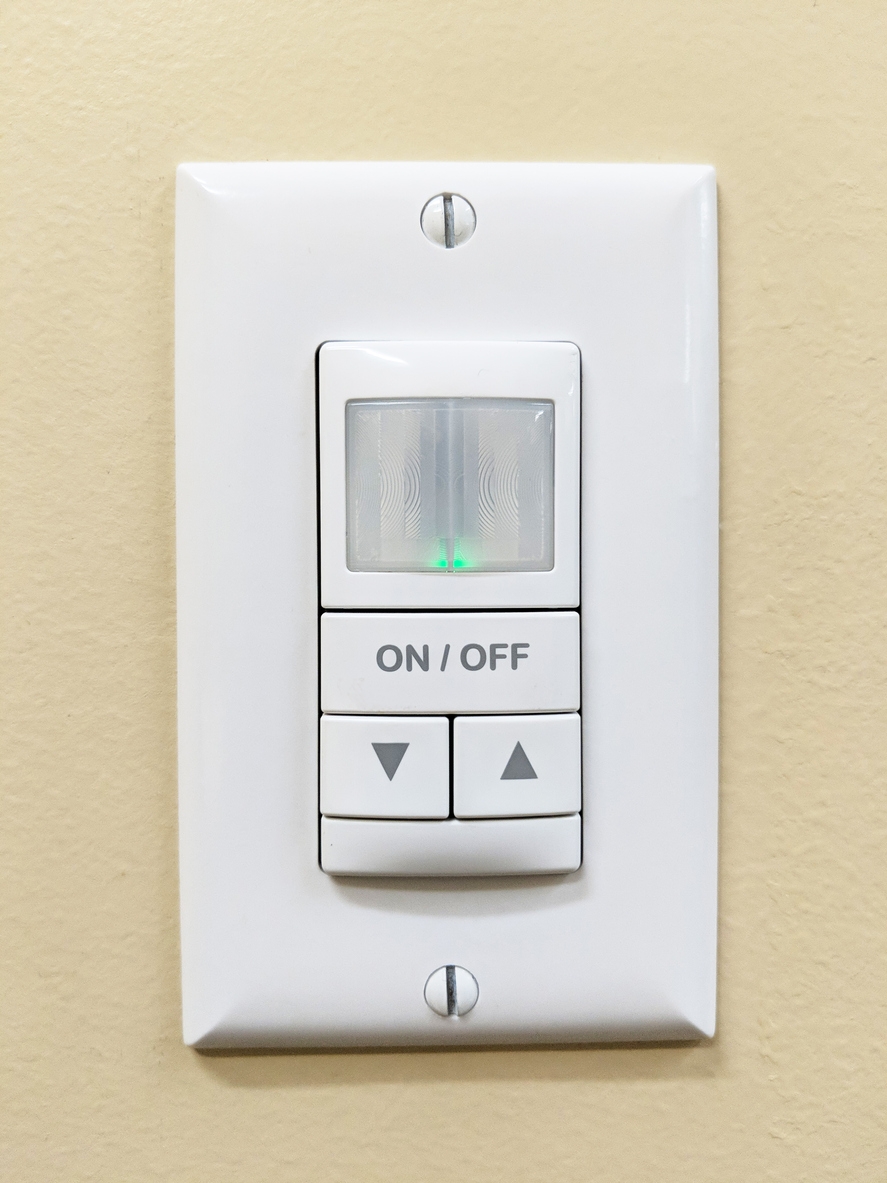 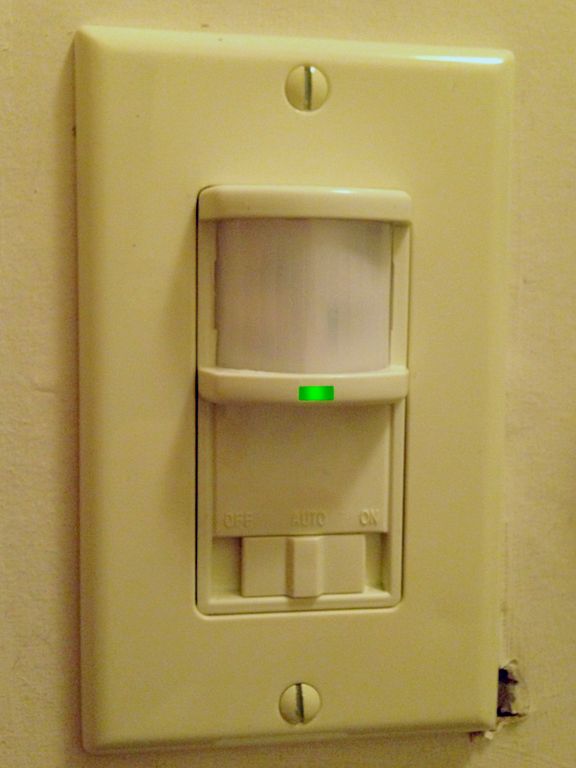 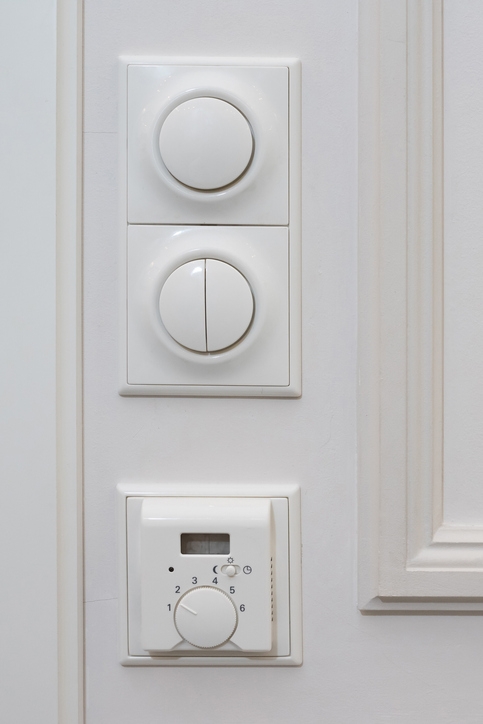 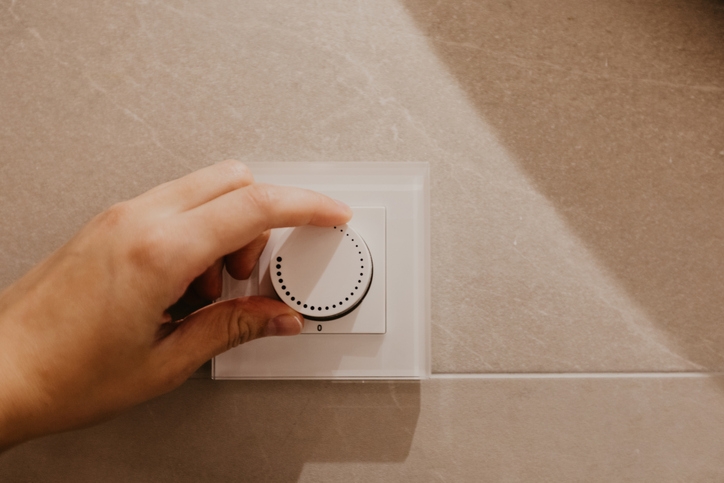 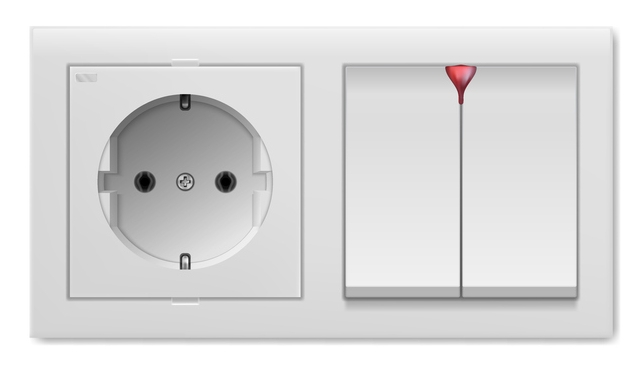 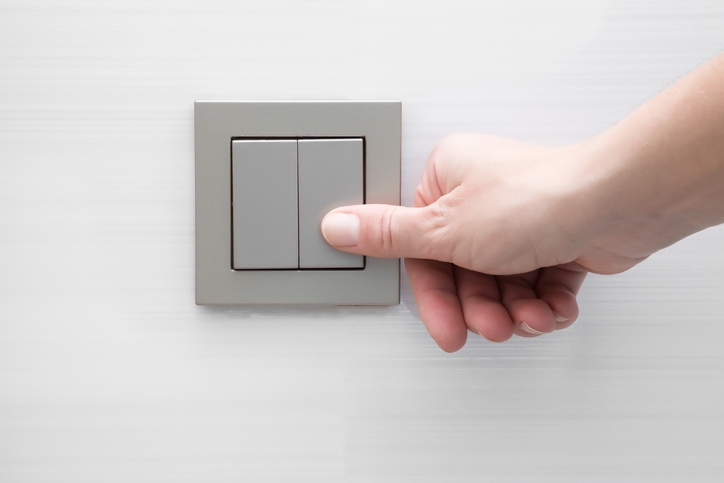 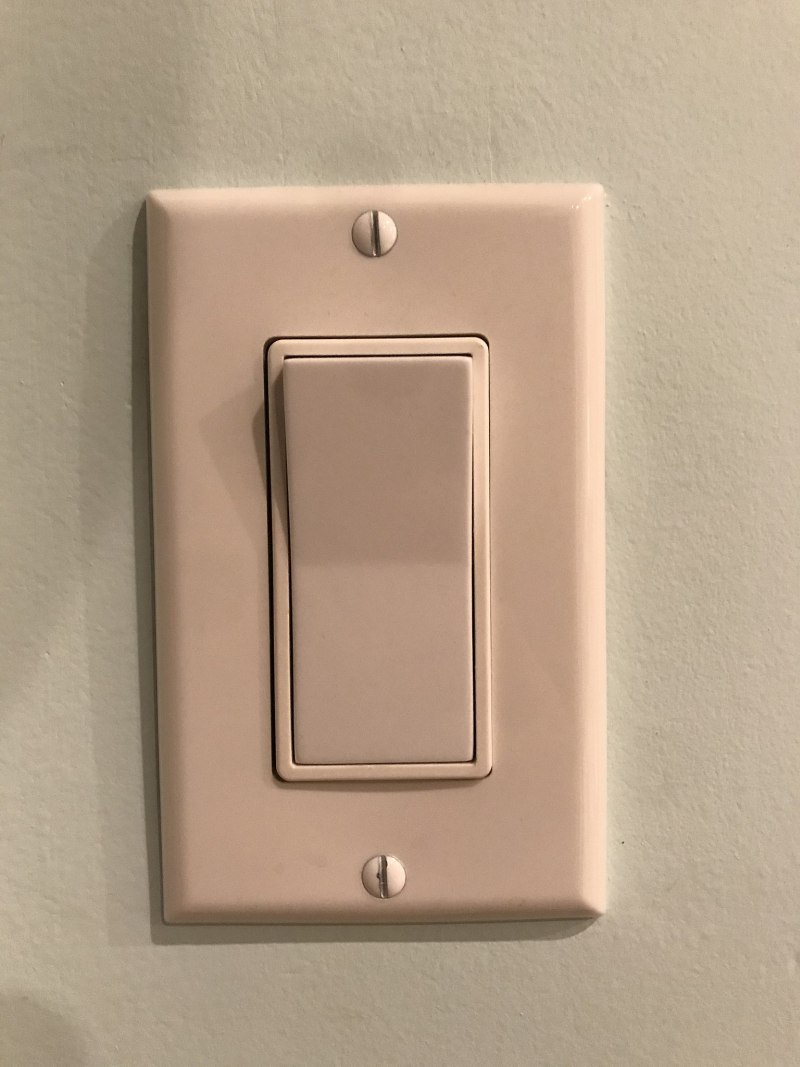 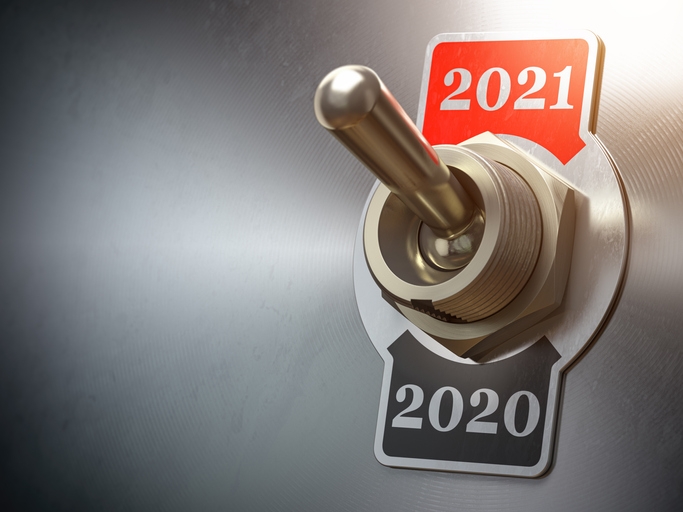 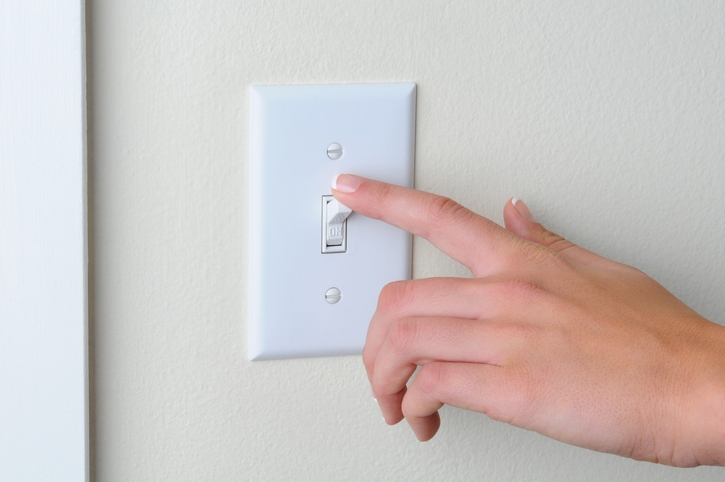 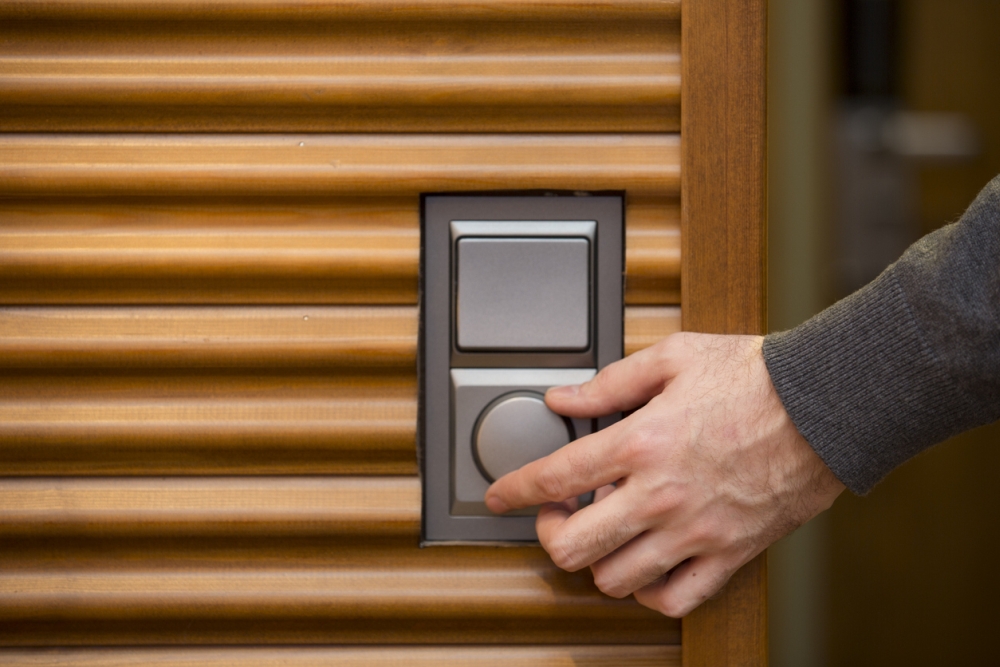 Without light switches how would you turn on lights? As there are many types of light switches, they serve as a vital part of each household. Today, the light traditional switch remains an overlooked necessity.

And while the light switch plays a daily role in our lives, it’s one that no one talks about.

The light switch is a genius invention and one that doesn’t receive enough praise. We’ll look at popular light switches and what the future holds for light switch technology. But first, a little background.

History Of The Light Switch

Push-button light switches were common beginning in the late 19th and through the 20th century. Demand for the switches was high because finding a light switch in the dark was hard.

In Victorian homes, individual light switches for each incandescent light bulb was the standard. The switches are available today and are popular among homeowners who want to add historic flair to their home interiors.

In 1959, Joel S. Spira, invented the dimmer light switch. Through a diode and tapped autotransformer, people could save energy by decreasing the amount of light from regular light bulbs.

If you’re comfortable working with electricity and you have the right tools, changing a light switch is easy.

What Is A Smart Light Switch Guard?

Smart light switch guards protect smart light led bulbs. Smart light bulbs operate unlike traditional bulbs. A smart bulb is turned off and on by turning the bulb. Because of this, you must keep the light switch on all the time.

Do I Need An Electrician To Replace All Types Of Light Switches?

No, you don’t need a licensed electrician to replace a light switch. You can do it yourself, but if you don’t have experience, you should hire an electrician. They can show you how to do it.

Safety Issues For All Types Of Light Switches

If you have a hot light switch, then you need to fix it. A hot electrical switch is a red flag. It means there’s something wrong and you’re sitting on a potential electrical fire.

Light switches have power limits. A switch will get hot if you demand too much power from it. Most wall switches have 15 amps. When the switch becomes hot, change it to match the power load.

Switch Failure On All Types Of Light Switches

When light switches get old, a spark will occur when you turn the light on or off. This happens because the contacts aren’t meeting the way they should.

Faulty Wiring On All Types Of Light Switches

Bad wiring causes more electrical fires than anything. Your wires should be secure. Loose or broken wires are a home safety hazard. When electricity moves through a smaller path against its will, unnecessary heat can start a fire.

You can expect your dimmer switches to get warm, and that’s okay. However, when a dimmer switch becomes too hot, you will need to call a professional.

How To Wire 2 Lights To One Switch?

Before you begin, disconnect the fixtures you don’t want to use.

Lights in the same series will affect all of them. If one fails, then all of them will fail. With daisy-chain lighting, lights are parallel to one another.

When adding an extra fixture, you might need an extra cable in the box for the specific fixture. Add the black wire to the two existing black wires. Repeat this process with your white and ground wires.

With home run switch wiring, each outgoing hot wire connects to the switch’s load terminal. To do this, twist the black wires going into the fixtures together with a 6-inch black wire.

When you get to the white wires, you don’t need a pigtail. You can twist them together and cap them.

How To Connect Multiple LED Lights To One Switch

The Most Popular Types Of Light Switches

Here are a few of the most popular light switches:

Single pole switches are the most common. They work with 120 V of power. You might have this type of switch in your home.

They are for lights can also cut the power off to a certain area.

Most types of light switches were inspired by this switch. Though you won’t see it often, it can be found in industrial designs.

Rocker switches are safe due to the fact that they are flat and won’t snag. In the US, the rocker light switch they’re known as decorative switches.

Rocker switches are popular in Europe. They are cheap and easy to use.

The double-pole switches operate up to 240 V, unlike single-pole switches. You’ll find them on large appliances and in factories. They’re longer circuits with multiple lights.

If you need one outlet plug-in but you also don’t have space to add both a switch box and an outlet box, this is the solution. This is a great design that combines both a switch and a plug-in into one box.

A combination switch needs one plug-in like a bathroom. However, it’s important to have a GFCI outlet.

A button light switch was is an older light switch. In electronics, push-button power controls are common, but that is changing.

The button light has various uses like opening automated doors or powering on an area of the house. Warehouses and businesses like them because they aren’t noticeable.

Proximity light switches use sensors to detect motion. They turn the lights on when someone enters the room and can shut the lights down after people leave.

If you forget to turn off the lights, then this motion activated light switch is for you. Even if you don’t forget, it never hurts to take that extra step.

This is a type of light switch that isn’t hooked up to a light. They have buttons that let you choose different modes or settings. You’ll find them on smart devices where the base settings are on the switch.

Some of the switches have two buttons while others might have five along with dials are knobs to control them.

Photoelectric light switches are a unique type of light switch that detects the level of light in an area. The lights turn off automatically whenever there is enough natural light available, making them common outdoors.

The switches can be operated manually but most of the time, they do a good job of finding out when the sun is going down and switching on. When the sun rises, they turn off, saving you money.

The light switch was popular a few decades ago yet the magic remains. Today, they aren’t as popular. They sometimes turn off or on whenever a sound causes it to react. If you have a quiet home, the clapper is ideal.

If you’re talking the 50s, you have to look at illuminated switches. In the 50s, these were popular as LED lights were also new and the light switch uses LED lights to light up in the dark.

If you are afraid of the dark or have trouble seeing the light switch in the dark, then this is perfect. The switch itself lights up so you don’t have to work to find the light switch when it’s off.

You won’t see this type of light switch in America, but they are the standard for Australia and Oceania in general. The Australian rocker switch has multiple small rocker switches, usually, quite rounded.

They are compact and simple, making them look great in any space. The Australian rocker switch is a great choice if you want a lot of lights in one spot because they can have up to six rockers on one plate.

Yep, that’s the official name for this type of switch. These switches are used in crossing lights and other public spaces that vandals have access to. They are designed so that they are nearly invincible.

Vandal-resistant switches are made of steel and are even well-camouflaged so that they don’t attract vandals. While the poles around them may suffer damage and are not resistant to stains, the switch will remain visible.

Mercury switches are illegal in many states because they contain mercury, which is poisonous. They were created to be silent, to not wake anyone or disturb anyone.

They are used for military aircraft and other non-commercial uses. You won’t find these types of light switches at your local home improvement store unless it’s a private shop.

Among all types of light switches, this one isn’t a switch but an alternative. You can keep everything in place and do not need an extra cord switch or wires.

A metal chain is attached to the light, and you pull it to turn the light on and off. This works well for 10-foot ceilings.

Touch switches are electronic and activated when you lightly touch the switch. This works like a touch faucet where you have to touch and not turn the lever or operate a switch mechanism.

These are great for cleanliness where you can use a sanitary part of your hand to touch the switch. There isn’t a switch and instead it’s a screen you can turn on and off, making it easy to clean.

You can control smart light switches with your smartphone, Alexa, or other with technology. This is the future of light switches.

This is a cleaner and easier way to control your smart lighting fixtures. If it is not Bluetooth operated, you can control it from long distances.

How Far Should A Light Switch Be From A Door?

There isn’t a national law mandating the distance between a light switch and a door frame. However, there are local and state laws that address this issue, and with all types of light switches.

How Much Does It Cost To Install Or Move A Light Switch?

The average cost of moving a switch is between $100 and $200. Before moving a switch an electrician will cut a hole where there wasn’t one. This might require drywall or sheetrock repair. The average switch cost between $10 and $20. In nicer homes with high-end technology, the job might cost $200 for a smart switch or specialty dimmer switch.

How Much Do Dimmers Cost?

Dimmer switches cost between $10 and $35. If want to control the brightness from two locations, you will need a three-way switch or four-way switch. Dimmers also have a lower wattage rating.

Should All Types Of Light Switches Match Wall Color?

Yes, light switches should match the wall. You can paint the wall switch plates to match your wall collors. If you live with someone visually impaired, it may be a good idea to paint the switches with bright colors.

What Is Line And Load On All Types Of Light Switches?

With electric devices connected to each other, a line refers to the wires feeding it from the panel. Meanwhile, a load refers to devices on the same circuit that are downstream.

The light switch will continue its evolution as it adapts to the modern world. Or before you know it, they might disappear. As green technology and building become the standard, we could see all types of light switches disappear from households. So, you should enjoy them while you can.