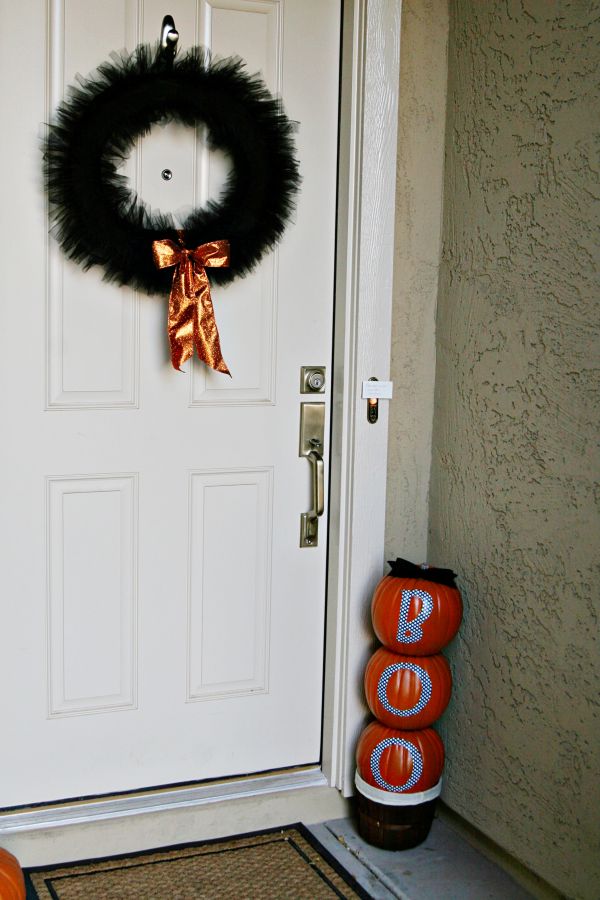 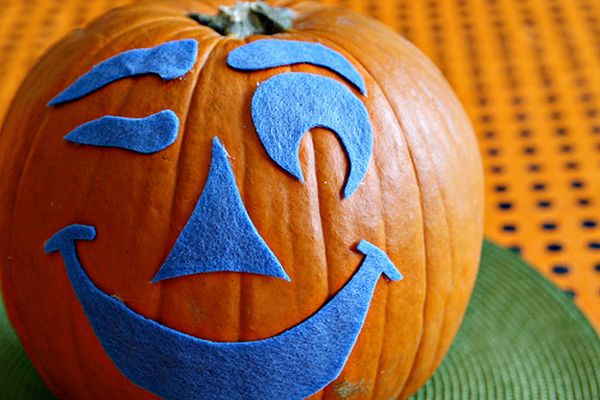 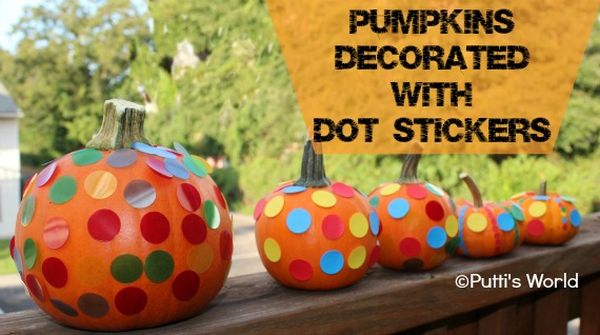 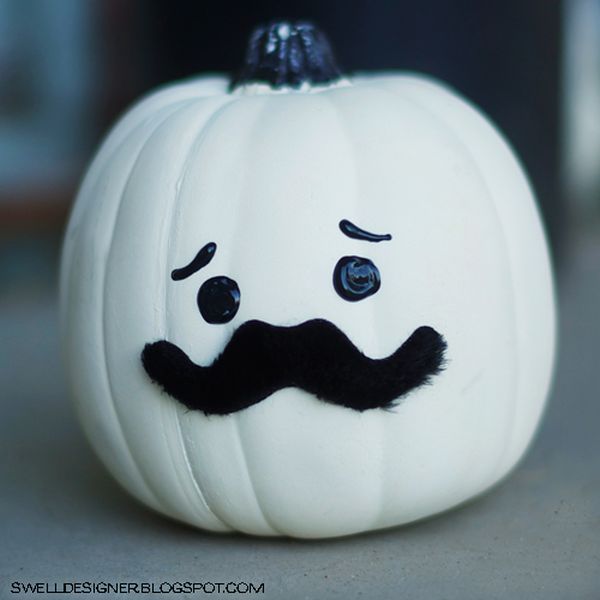 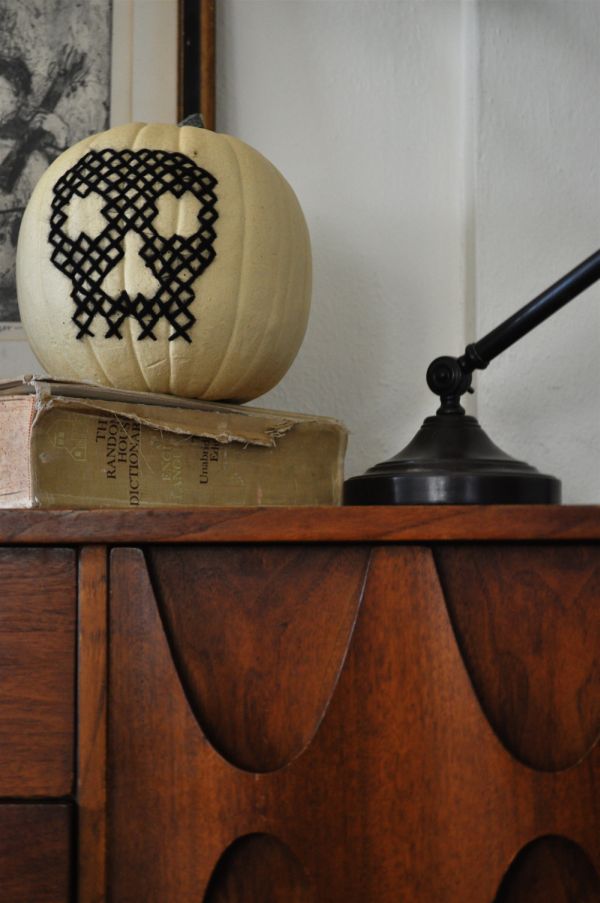 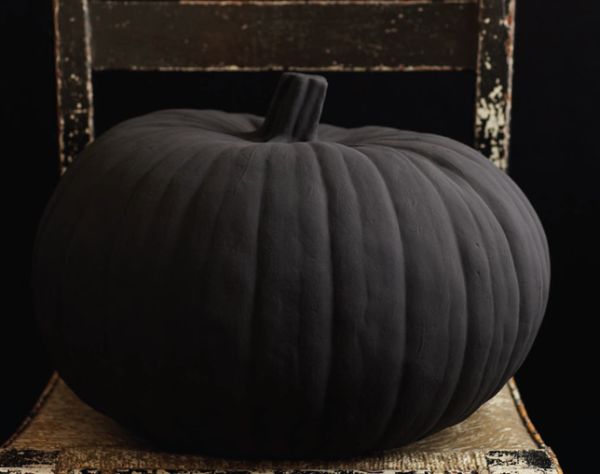 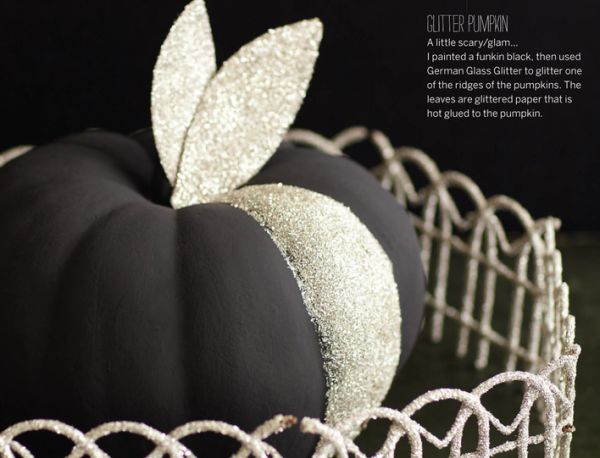 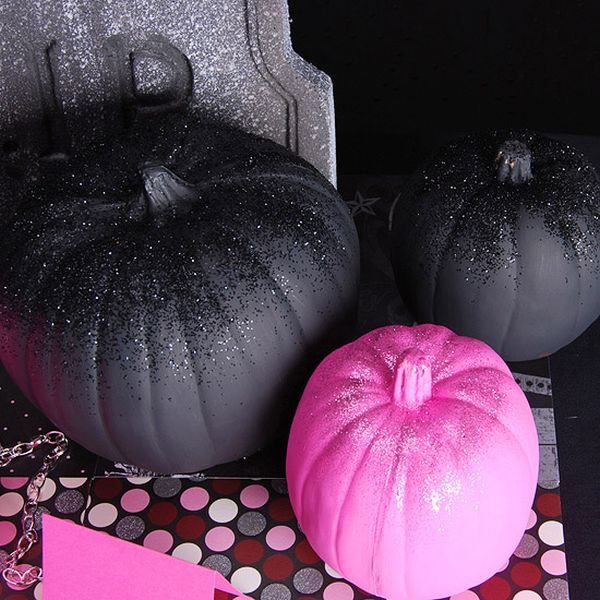 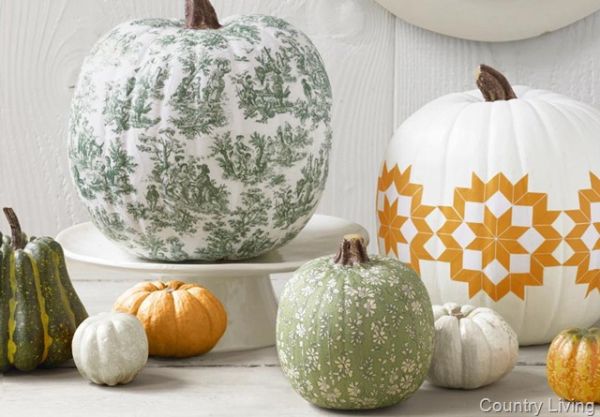 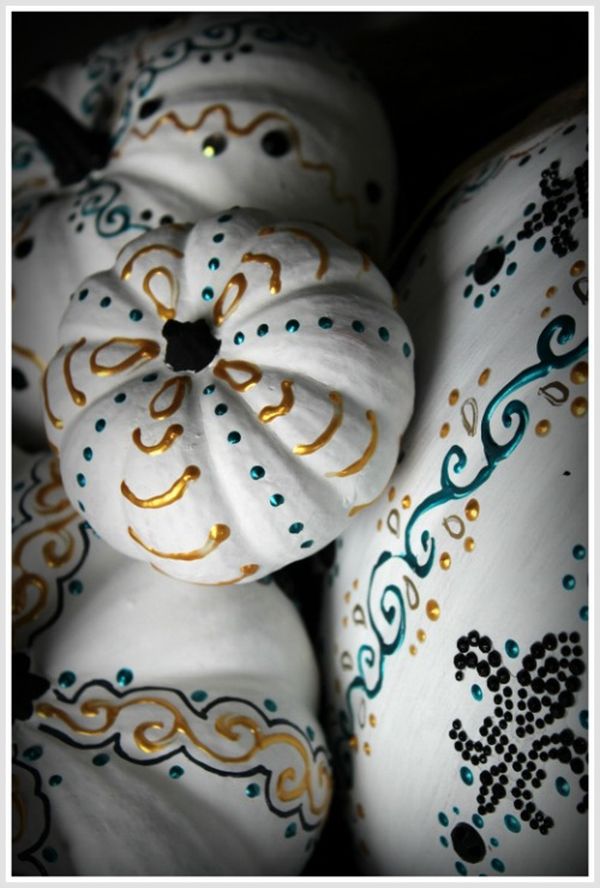 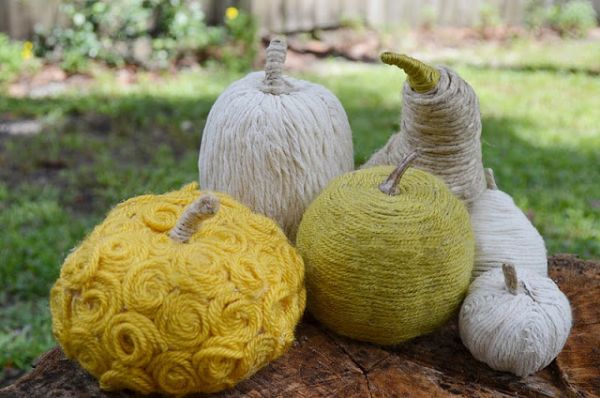 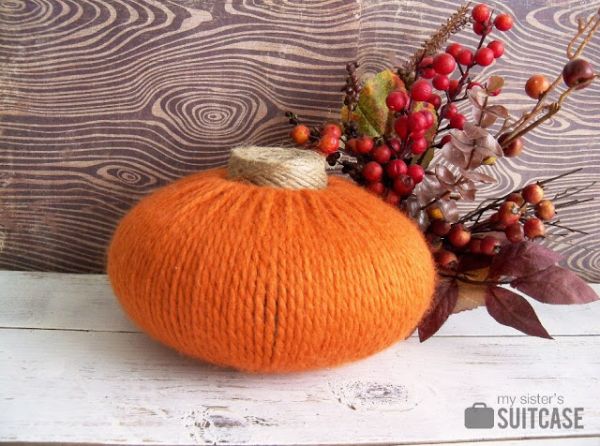 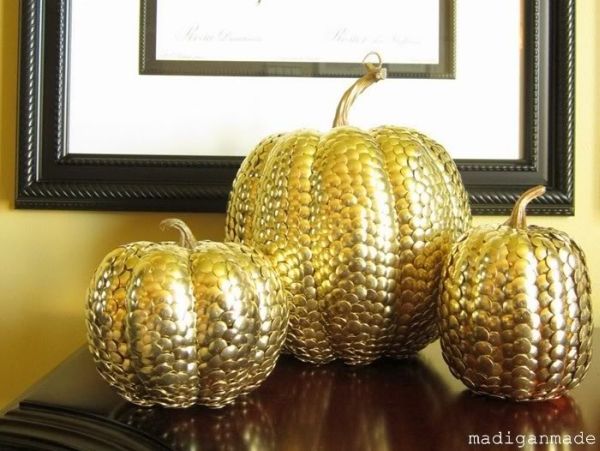 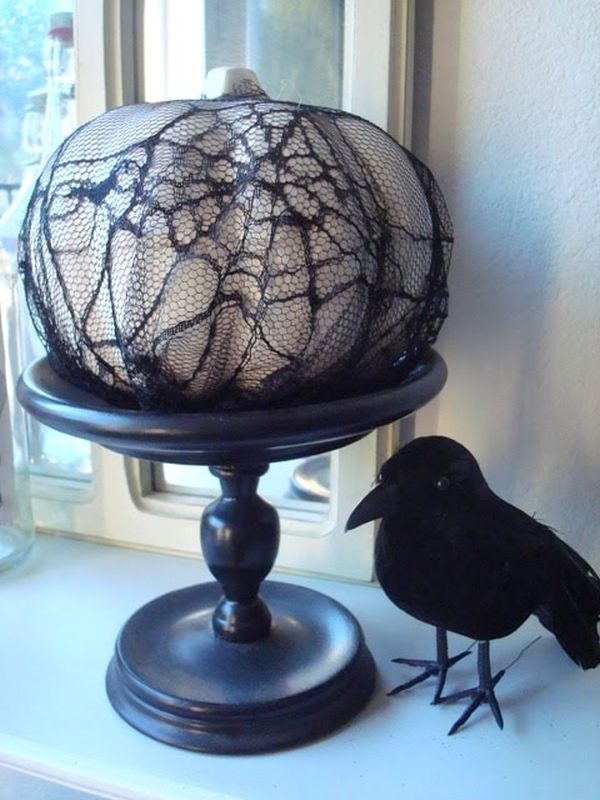 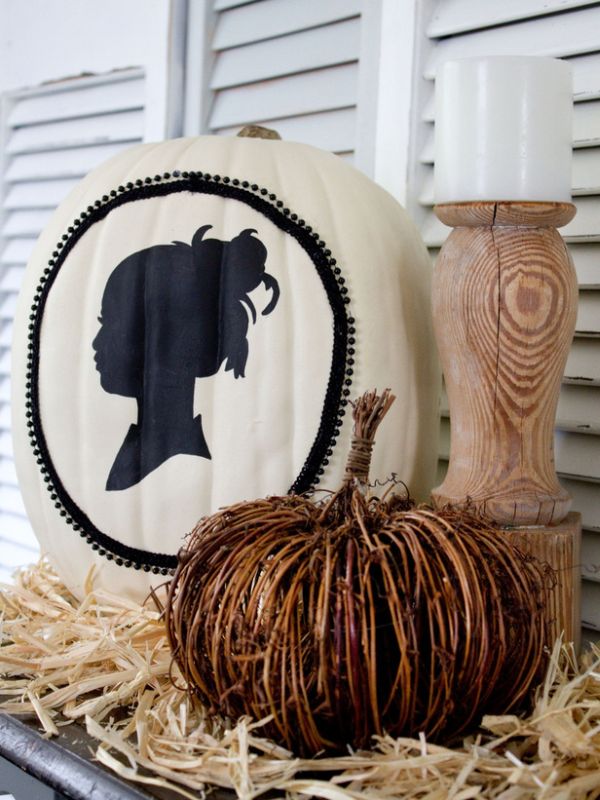 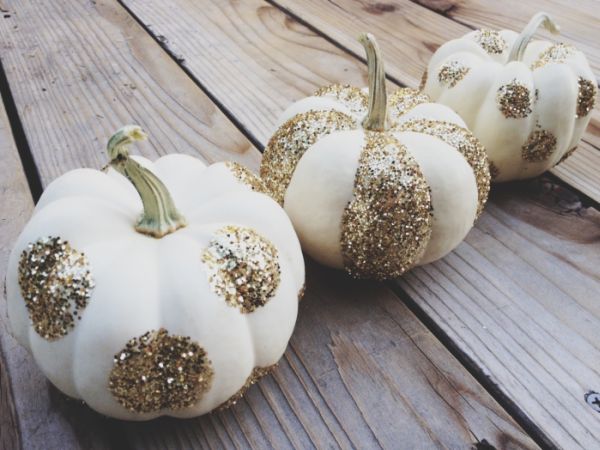 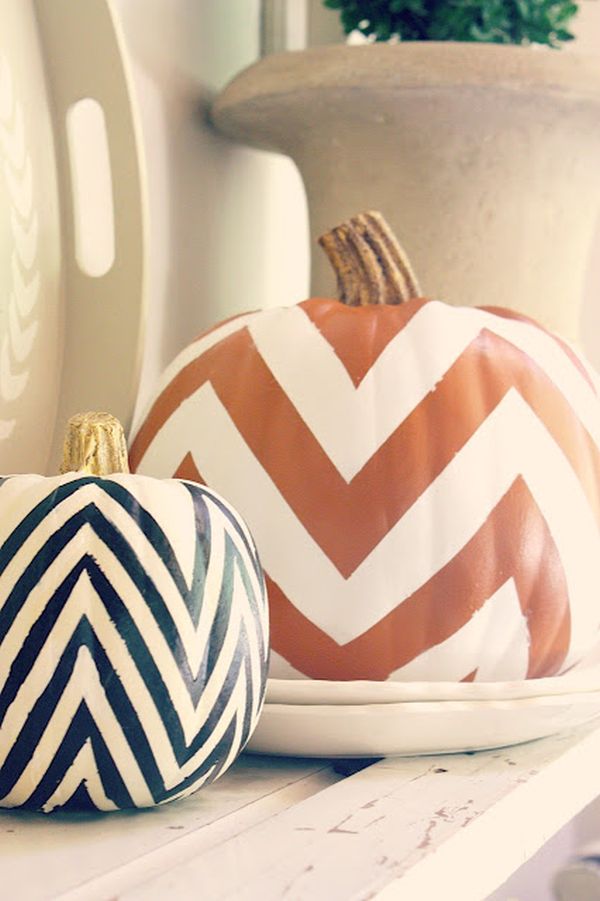 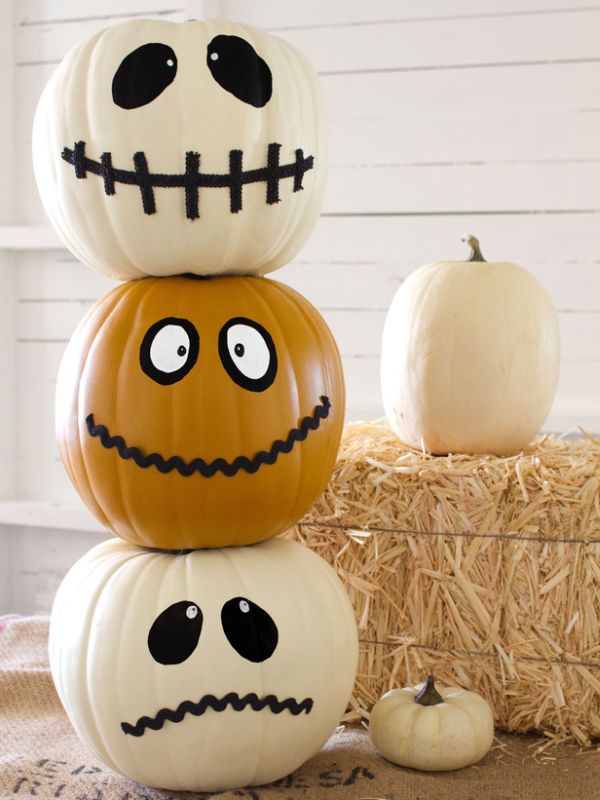 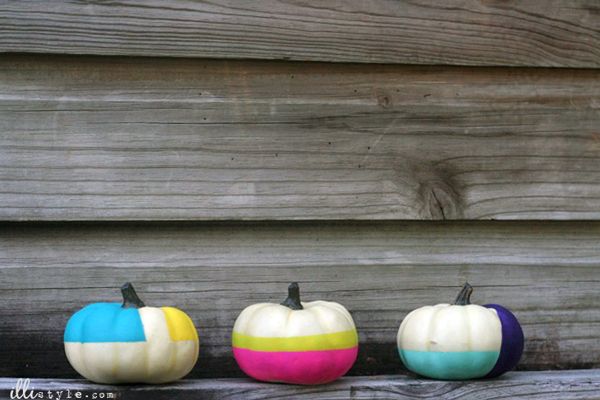 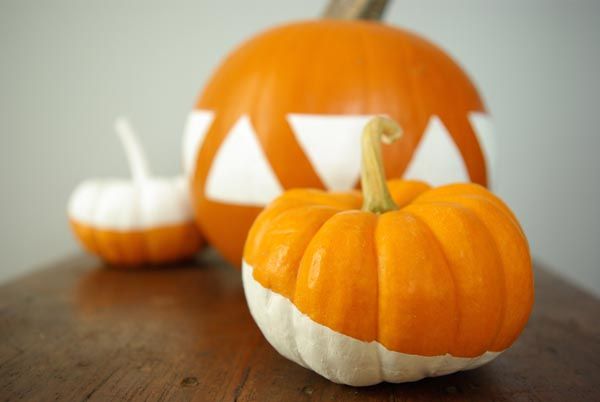 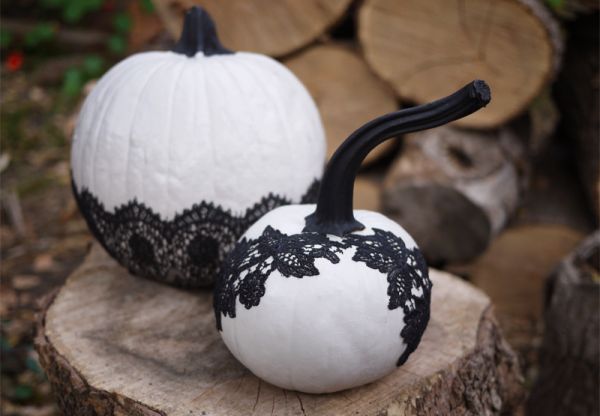 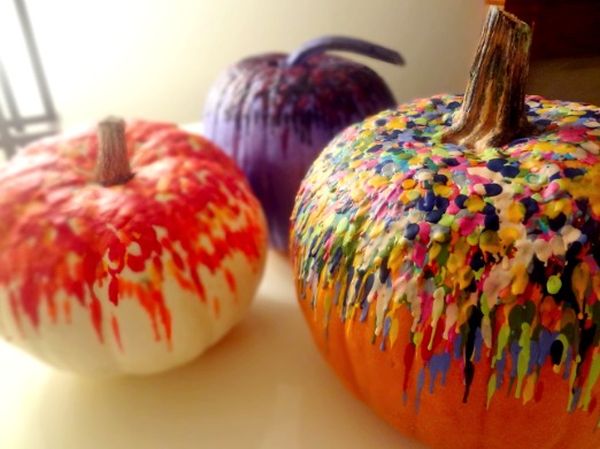 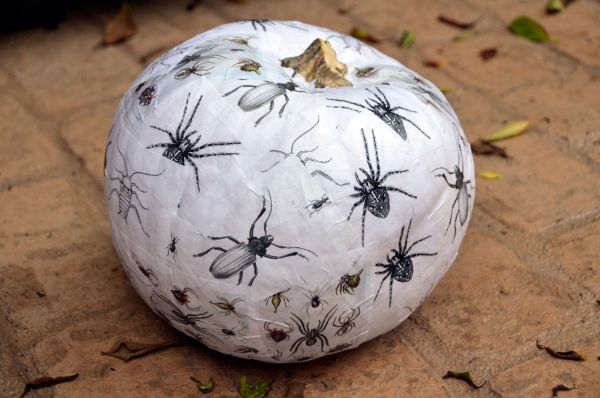 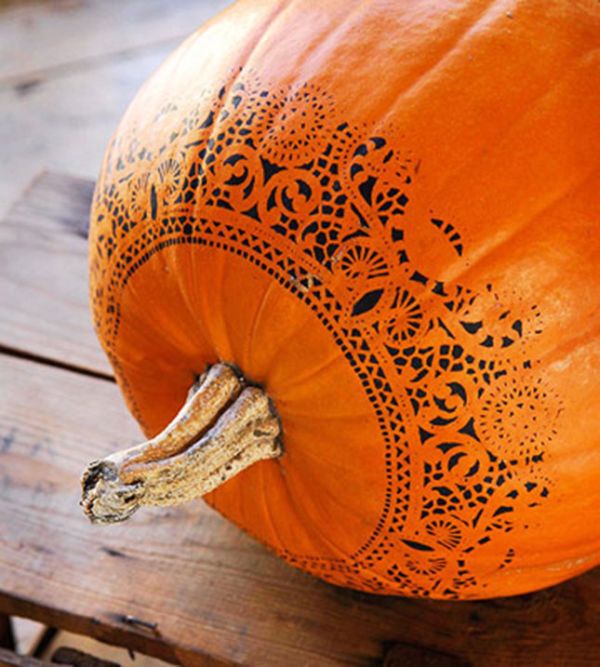 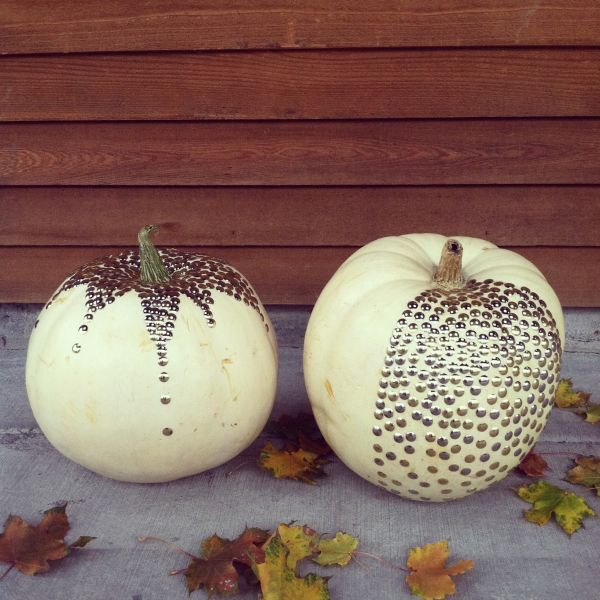 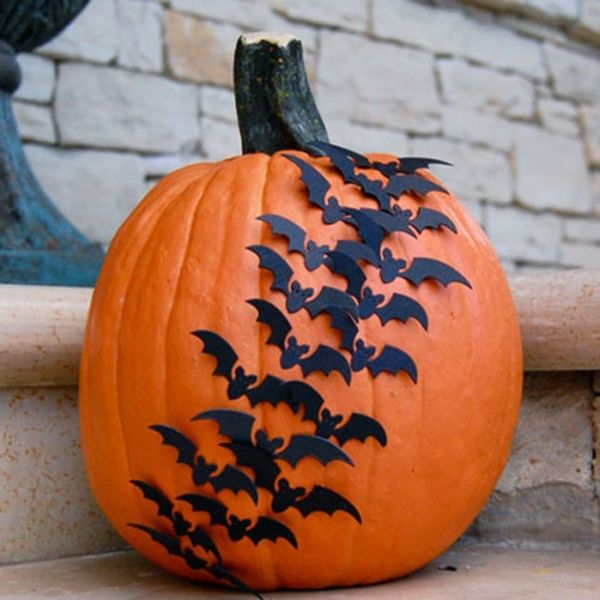 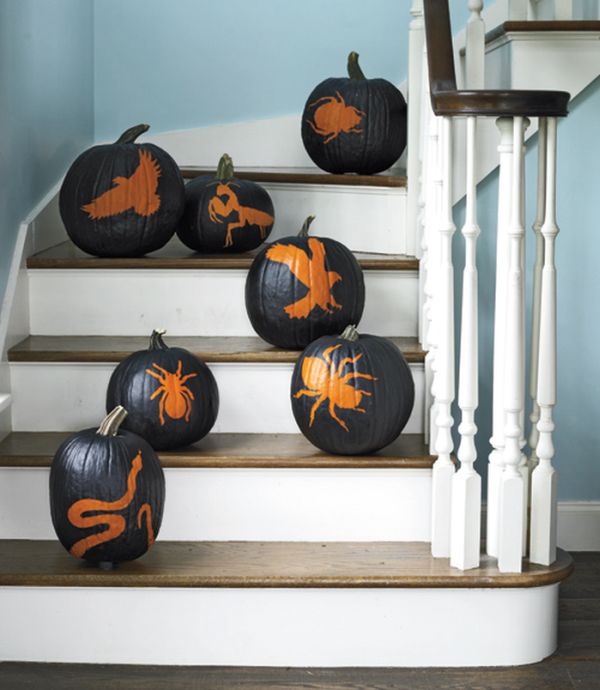 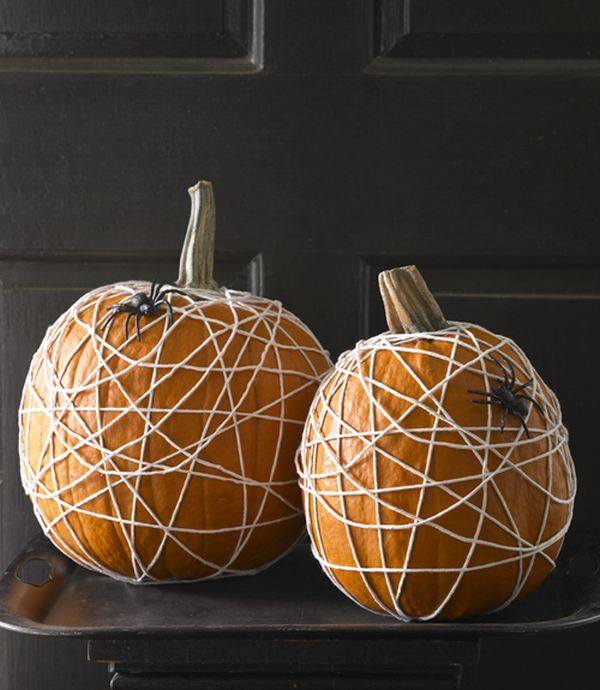 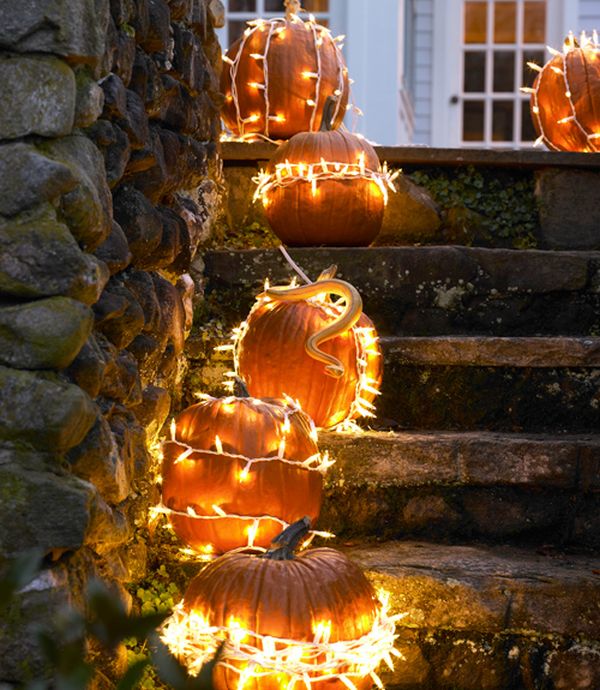 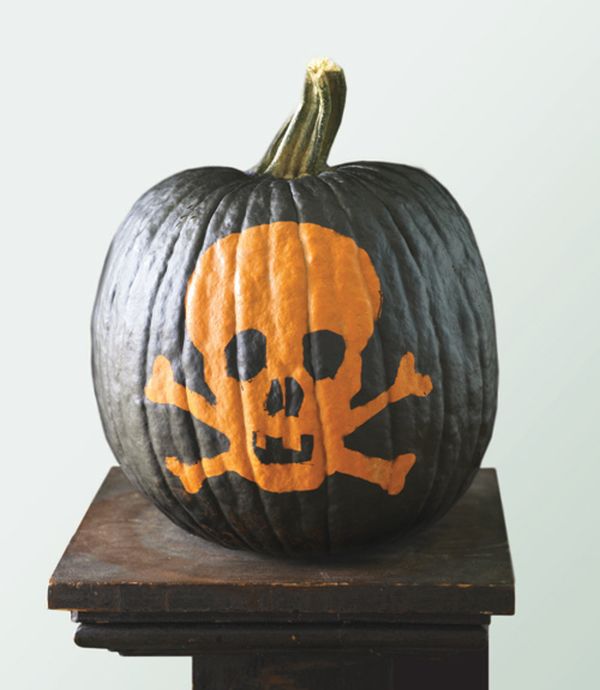 Carving pumpkins can be very fun and it’s something that became a tradition for Halloween and for fall in general. But, even though it’s fun, it’s also messy so sometimes it’s best to just go with something simpler. No-carve pumpkins can be just as beautiful if not even more. Let’s take a look at some examples.

One of the easiest things to do is paint a pumpkin. For a more interesting look you can also use stencils with all sorts of designs and forms.

If you’d rather not risk making a mess using paint, you could adopt other ideas, just as flashy. For example, Christmas lights can be used creatively.

Some twine and a few plastic spiders can be enough to make a pumpkin look great for Halloween. All you have to do is make a web.

Skeletons aren’t the only thing you can paint on a pumpkin. There are other symbols you can use and animals are really cute.{firs 4 images are from womensday}.

Paper and cardstock are also materials that are very versatile and can be used for so many wonderful things. You could make a swarm of bats.{found on spoonful}.

Another interesting idea can be to use a bunch of thumb tacks to decorate the pumpkins. You can give them a nice rock’n’roll look.{found on kellitrontel}.

Stencils are easy to use and they come in so many designs that it’s impossible to resist them. This one, for example, is chic and elegant.{found on bhg}.

You could also make a decoupage for the pumpkin. Just select some images you like (insects or anything else) and glue them onto the pumpkin.{found on mrkate}.

How about you make some abstract art using crayons? The crayons won’t make it but your pumpkins will look amazing.

I really like these white pumpkins and the gothic look they have. They have black lace on them and the stems have been painted black as well.{found on honestlywtf}.

Here’s a more modern idea: paint geometric patterns on the pumpkins or make a minimalist design. It can all be done with paint and a paintbrush.{found on oleanderandpalm}.

These color block designs are also modern and quite eye-catching. To make something similar you need tape and spray paint.{found on illistyle}.

But how about a fun approach? You could give your pumpkins faces and you can make theme express emotions. Acrylic paint is all you need.{found on hgtv}.

These more intricate designs were also made using paint and they make the pumpkins look a little more traditional. It’s something I would expect to see in a grandma’s house.{found on sunnysideupdesigns}.

Chevron stripes can be used on anything, including pumpkins. You need tape to delimitate them and then you simply paint in between the spaces.{found on mysweetsavannah}.

For those that like to put glitter on anything, we have a special idea. You can paint the pumpkins white and then glue glitter onto them in simple patterns.{found on site}.

This white pumpkin has a very nice silhouette on it. You can make something similar if you have a printer and black acrylic paint.{found on hgtv}.

Here’s another interesting pumpkin featuring black lace. This time, the pumpkin in completed wrapped in lace which has a spider web texture.[found on starchic}.

This is a yarn pumpkin and it’s made, as you can imagine, out of orange yarn and jute twine. It’s all wrapped around a glass container in the shape of a pumpkin.{found on sisterssuitcaseblog}.

These yarn pumpkins, on the other hand, have actual pumpkin inside. They’ve just been covered in yarn and they have more fuzzy and cozy look.{found on twoshadesofpink}.

These Goth glam pumpkins are quite interesting. They’re white and they’ve been painted. The designs chosen are simple yet intricate and sophisticated.{found on idreamofchairs}.

These are country-living inspired decoupage pumpkins and they have fabric glue onto them featuring all sorts of patterns.{found on site}.

Even though I’m not a big fan of glitter I have to say I like these pumpkins. Also, the black and pink is combination seems to work out beautifully.{found on bhg}.

Here’s another glittery pumpkin but this one only features one ridge covered in glitter. It also has fake leaves covered in the same glitter.{found on site}.

Black is a very popular color during Halloween so, to save time and to avoid complicated projects, you could just paint the pumpkins black. You can use chalkboard paint.{found on site}.

As you know, cross-stitch projects are popular right now so why not adapt one for Halloween. You can cross-stitch on a pumpkin if you want.{found on elsiemarley}.

Mustaches are funny and they always make people laugh. Give your pumpkin personality. Glue a mustache onto it and paint a face to go with it.{found on swelldesigner}.

Polka dots look great on everything, including pumpkins. A nice idea can be to glue colored dots onto the pumpkins and to give them a cute and colorful look.{found on puttisworld}.

Glue a funny face onto a pumpkin using felt decoupages. Just figure out how you want it to look like and cut out the shapes.

Monogram pumpkins are also an interesting idea. Glue or paint letters on the pumpkins and then use them to spell out words.{last two projects from seevanessacraft}.