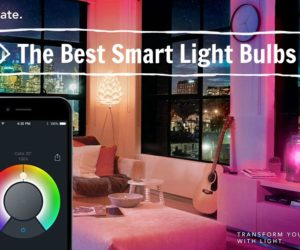 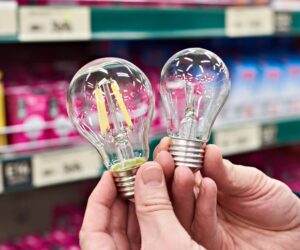 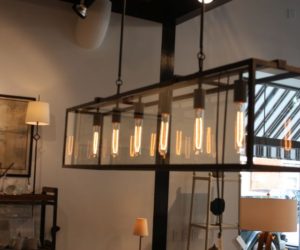 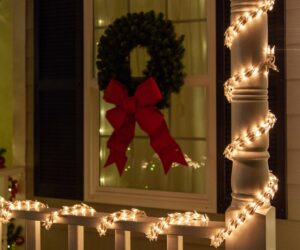 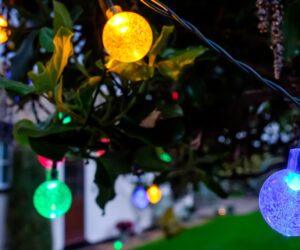 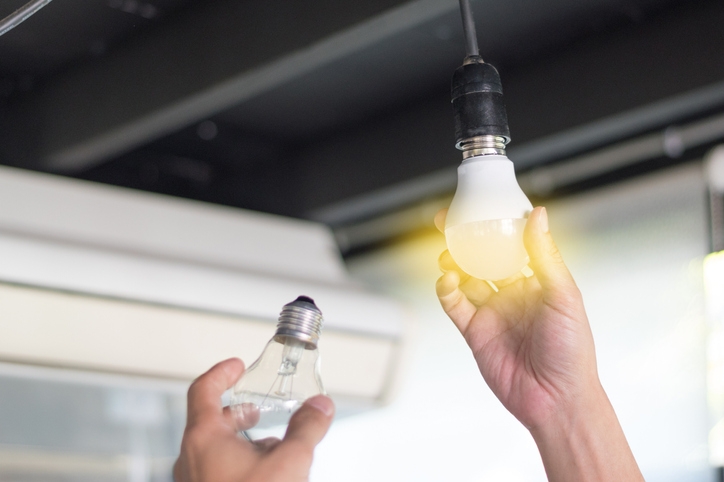 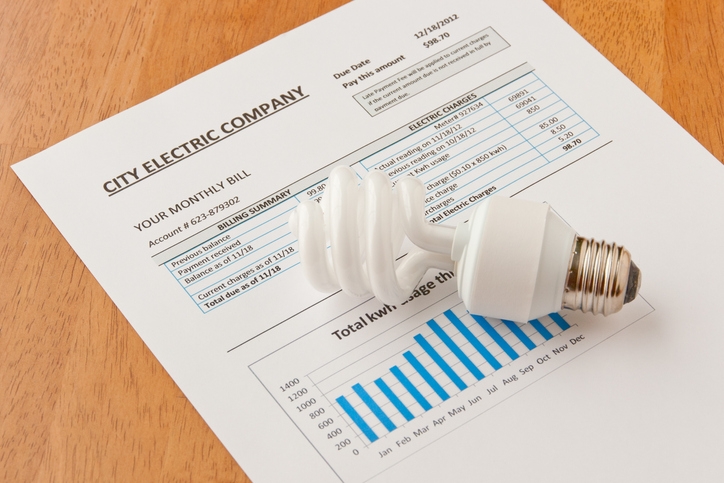 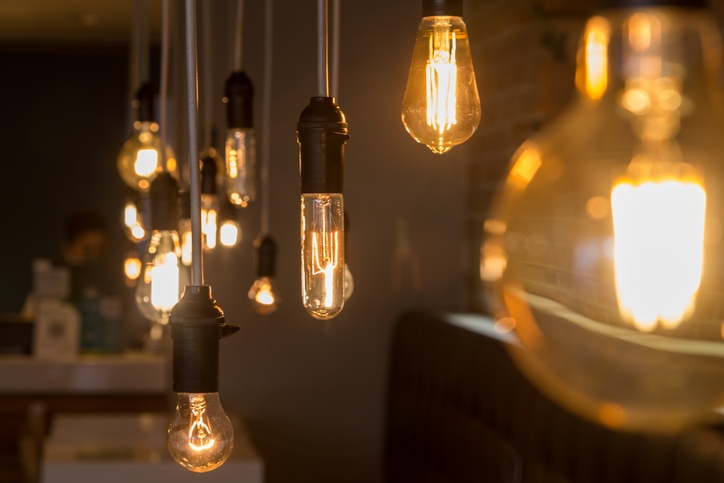 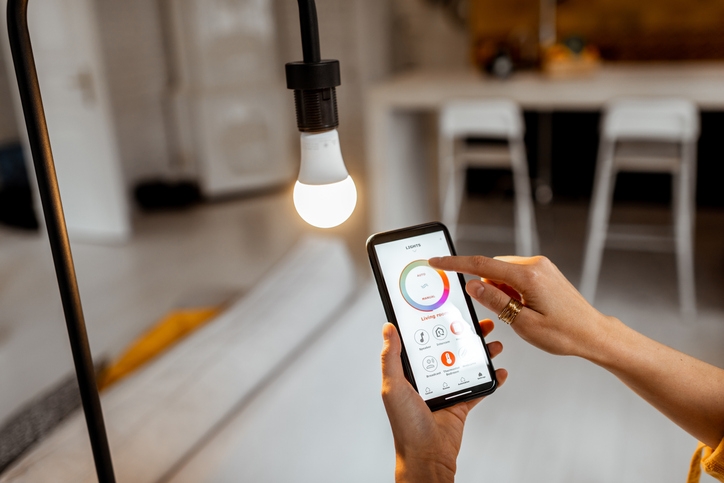 Debates over which is more efficient, soft white vs daylight, are almost as old as the sun. When choosing light bulbs and light fixtures, a few things must be considered.

The US Department of Energy (DOE) recently redefined light bulb rules. The measure was aimed at helping homeowners conserve energy while lowering their utility bills. The minimum standard for light bulbs will be 45 lumens per watt. 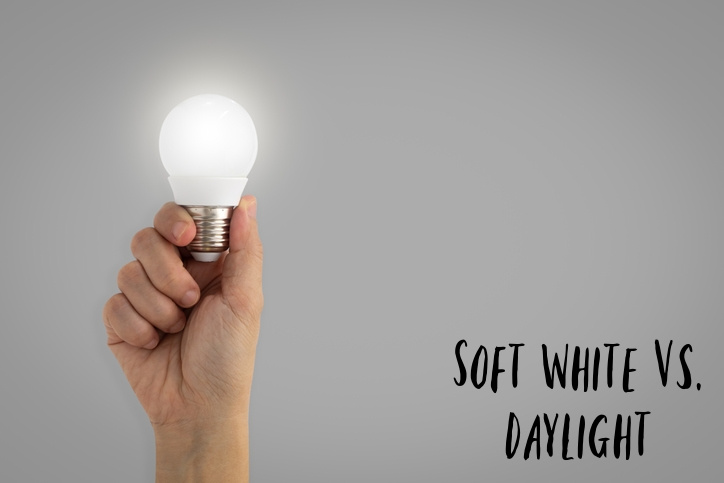 According to the DOE, “Over the next 30 years, the rules are projected to cut carbon emissions by 222 million metric tons — an amount equivalent to the emissions generated by 28 million homes in one year. LED light bulbs also last 25 to 50 times longer than incandescent bulbs.”

Not many people know what different types of bulbs are available but one popular type of bulb is the daylight bulb.

The daylight bulb is a bright light you’ve used but probably weren’t aware of its true name.

What Is A Daylight Bulb?

A daylight bulb mimics what natural light is produced by the sun. during the day. The bulb is ideal for rooms that do not have a natural light source. Basements, attics, and game rooms would be examples of spaces that feature daylight bulbs.

They offer bright light, but not unnaturally bright. If you only need one type of light, a daylight bulb would be the ideal fit. Natural light offers the most light without creating an unbearable setting.

But it can use more watts because it is brighter and cooler. The type of bulb can be classified in many ways which we will go over soon.

When you hear daylight you probably think of natural light. But daylight can also be a classification of bulb brightness. The same can be said for soft white bulbs. Neither have a specific scale they need to follow.

Comparing soft light vs daylight describes two types of light. A soft white bulb will be soft and comfortable. The light is ideal for living rooms or dining rooms.

They won’t be extra bright but they also won’t be super cool or super warm. They stand in the middle of brightness and with temperature. Soft whites are a safe choice and usually don’t use much energy.

That’s why they are often called cool lights. They offer a middle ground for brightness compared to soft white and daylight bulbs.

Bright white lights are in the middle as far as kelvins are concerned, leaning more towards cooler. They are bright but not as cool as daylight lights which have the highest amount of kelvins.

Lumens measure how much light something gives off, including soft light vs daylight. Lumens measure brightness even though wattage and kelvins do not. This is the only true modern-day unit that measures brightness alone.

If you buy incandescent bulbs but want to make a switch, then consider this. Take the wattage of your old bulbs and multiply by 10 to 15.

For example, if your bulb was 100 watts, then you want something between 1000 and 1500 lumens. But a 1600 lumen will do. This method works almost every time to get a similar brightness with a new bulb.

A kelvin is a unit of measurement used to measure light. Although measured in degrees, kelvins are not directly related to Celsius and Fahrenheit when used to measure color temperature from a light source.

Wattage doesn’t measure light but the amount of electricity or power a unit omits. This unit we are referring to is found in soft light vs daylight bulbs. In other cases, it would be used to measure appliances and electric outlets.

In short, though, wattage measured speed. It measures the power that is produced or used per second. So a 60-watt light bulb uses 60 joules per second. Joules is a unit of power used to measure electricity and more.

What Is A Joule?

According to the Oxford English Dictionary, a joule is the SI unit of work or energy, equal to the work done by a force of one newton when its point of application moves one meter in the direction of action of the force, equivalent to one 3600th of a watt-hour.

Incandescent lights are lights that are going out of style fast. This is because incandescent bulbs are quite horrible at being energy efficient, compared to newer models that keep that a priority.

The bulb uses a heated wire filament that glows. They convert less than 1/20th of the energy they consume into visible light. Most of it is lost as heat. This also impacts your bills as you’re paying for something that you don’t receive.

The future of indoor lighting might be blue hazard free light sources. They provide higher energy savings. Incandescent bulbs offer low blue emissions, but they are being phased out because they waste energy.

Medical studies have found that intense blue or white light causes irreversible retinal damage and physiological disorders. And some reports have suggested that incandescent light is a cancer risk.

It mixes gasses and mercury vapor to create a UV light inside of a glass tube. This creates bright white light with a specific style. They are often in spiral bulbs and are considered daylight bulbs with 5000k.

They also come in long tubes which are often used in kitchens in dining rooms. The lights allow those cooking and eating to get the right amount of light without using as much energy as the lights previously used.

Black lights add more light to lighter colors. But do you know what a black light is or how it is made?

Black lights can be used for medical reasons but have also been known to cause indirect medical problems. But that’s the way that some black lights are produced. The base of each blacklight is what is the same.

Black lights keep the room dark and let off very little light. The light that you do see is ultraviolet, made with phosphors and UV lights much like fluorescent lights and incandescent lights are made.

A smart bulb is a customized LED light bulb. The light source is controlled by an app. The bulb is connected to your WiFi or Bluetooth. From there, you can control it with your smartphone or any smart device.

Control the lights via an app that will allow you to customize settings. You could do it manually or create a schedule. For example, you can turn it off at a scheduled time or change the color of the bulb via remote control.

According to the International Energy Agency (IEA), over half of the building sector lighting market is covered by LEDs. And by 2023, incandescent and halogen bulbs will be entirely phased out.

“The goal is that countries sell only LEDs by 2025, in line with the Net Zero Emissions by 2050 Scenario,” said the IEA.

Bulbs with high Kelvin are ideal for rooms with cool colors. You can enhance warm tones with warm lights. It isn’t more complicated than that.

Another way to control outdoor lights is through photocells. When you want your outdoor lights to stay on throughout the night, photocells will help. They offer greater savings than motion sensors.

Why Should Offices In Tall Buildings Keep Their Lights Off At Night?

Offices in tall buildings that keep their lights on at night are problematic for birds. Light pollution is when the night sky is obscured by artificial lighting. Birds, when flying at night, often try to fly into the light sources and die.

What Is A Power Vampire?

Why Are Torchiere Halogen Lamps Dangerous?

When the Torchiere halogen lamp was released to the public, they were an immediate hit and a fire hazard. The lamps used 500-watt halogen bulbs.

College students would leave paper on top of the lights, which would lead to fires. It was also discovered that dust accumulation on the bulbs was enough to start fires.

Soft White Vs Daylight: Wrap Up

With soft light vs daylight bulbs, energy efficiency and brightness are the biggest concerns. Consider a light bulb measurement units to help make a decision.

Most light bulbs look the same, but their internal compositions are different. For example, an Edison bulb, a spiral bulb, or a classic bulb have different lumens, wattage, and Kelvins.

The right light bulb can turn a dingy room into an ambient setting. Too much bright light is never a good thing.