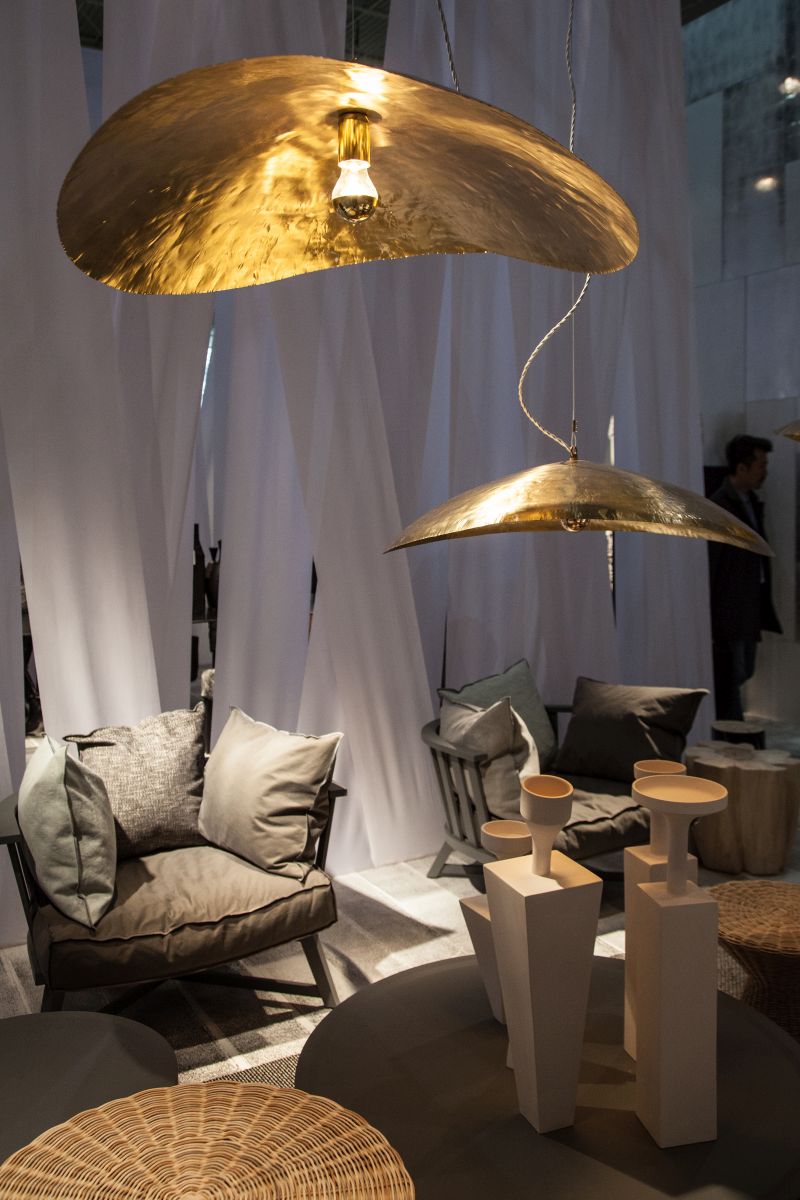 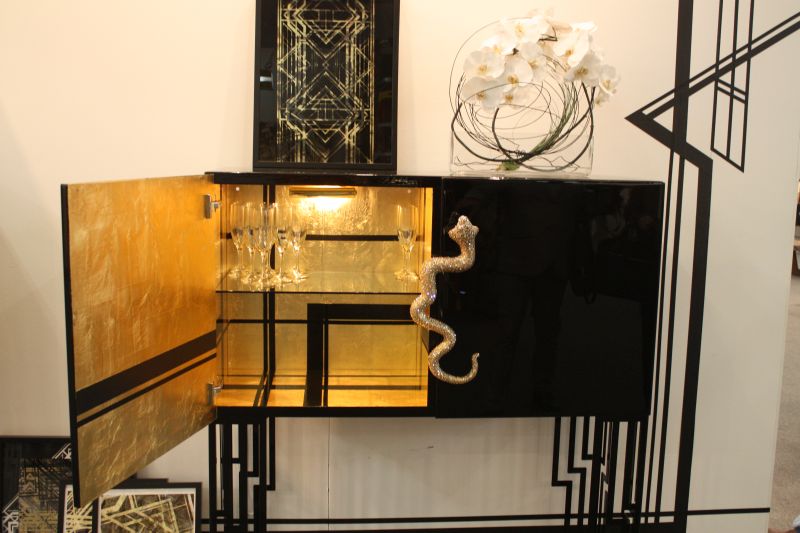 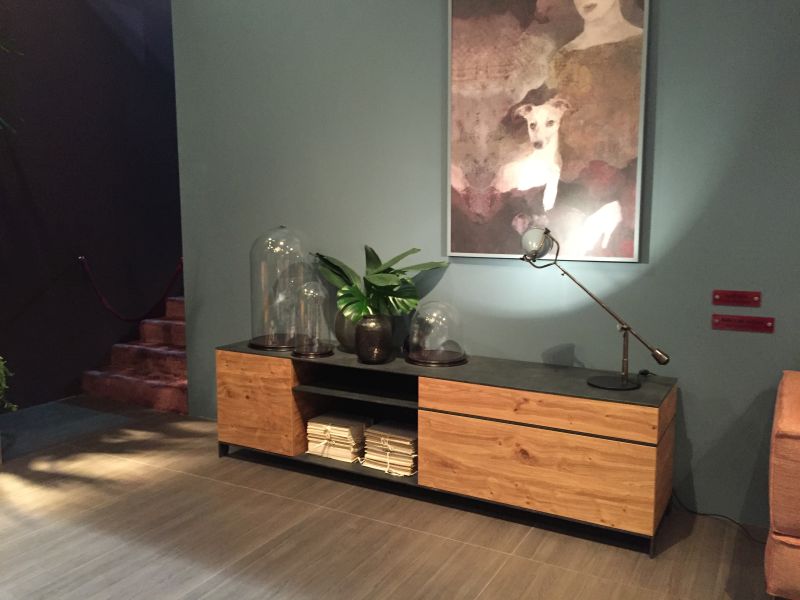 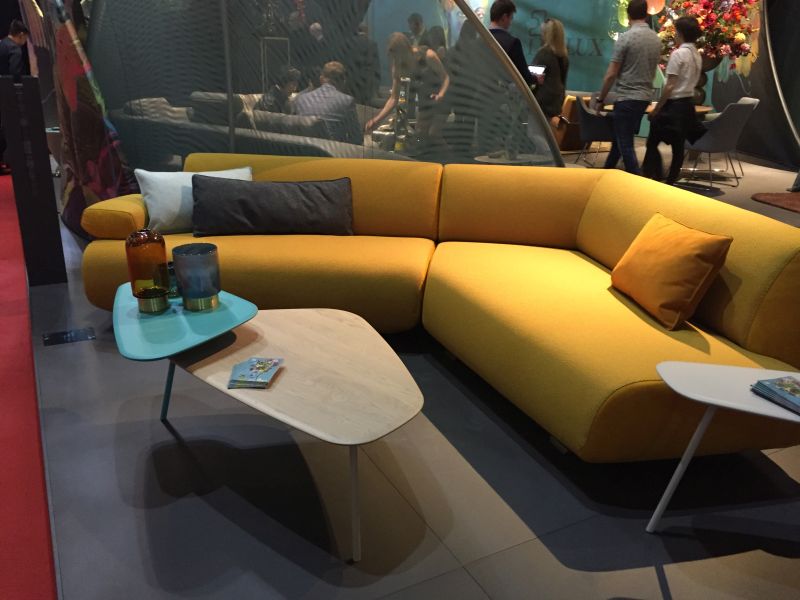 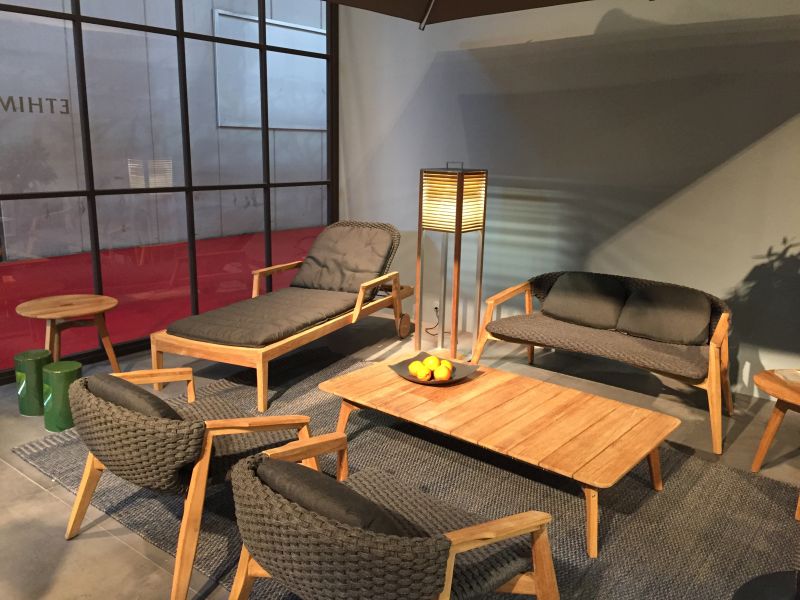 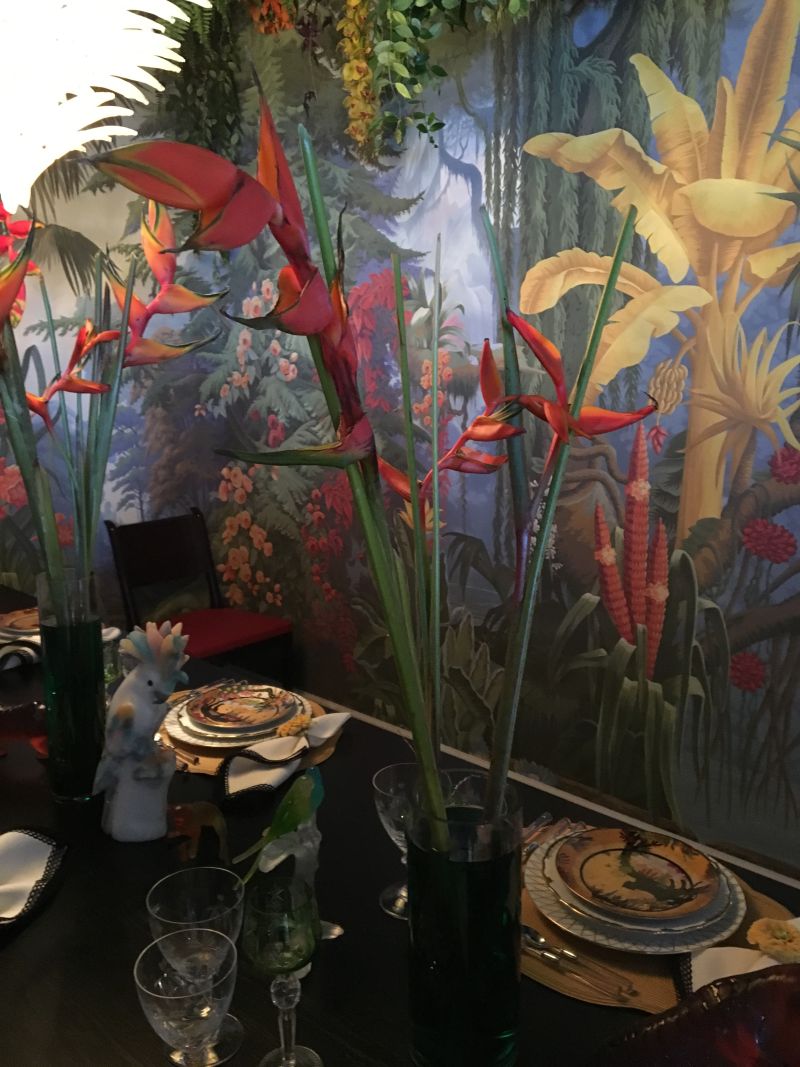 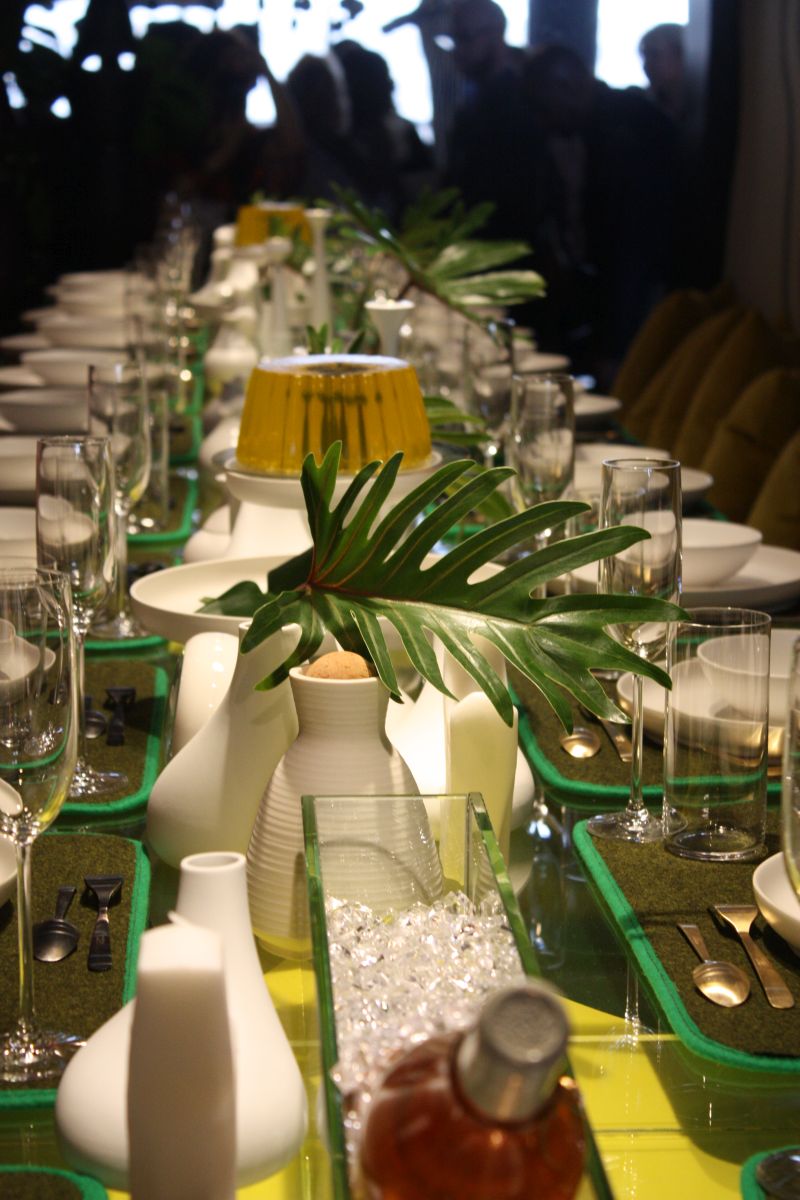 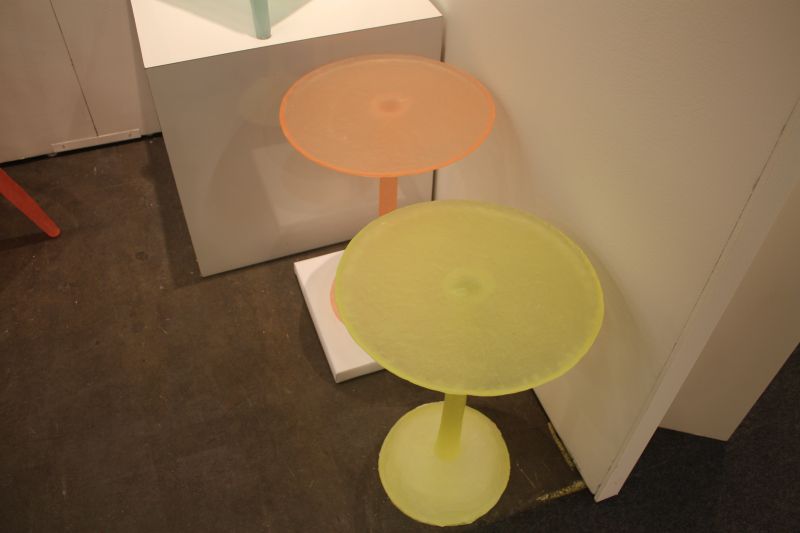 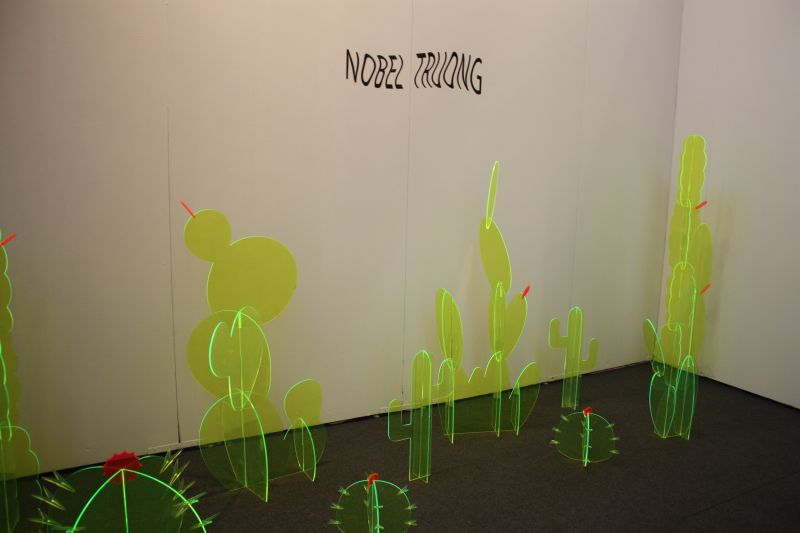 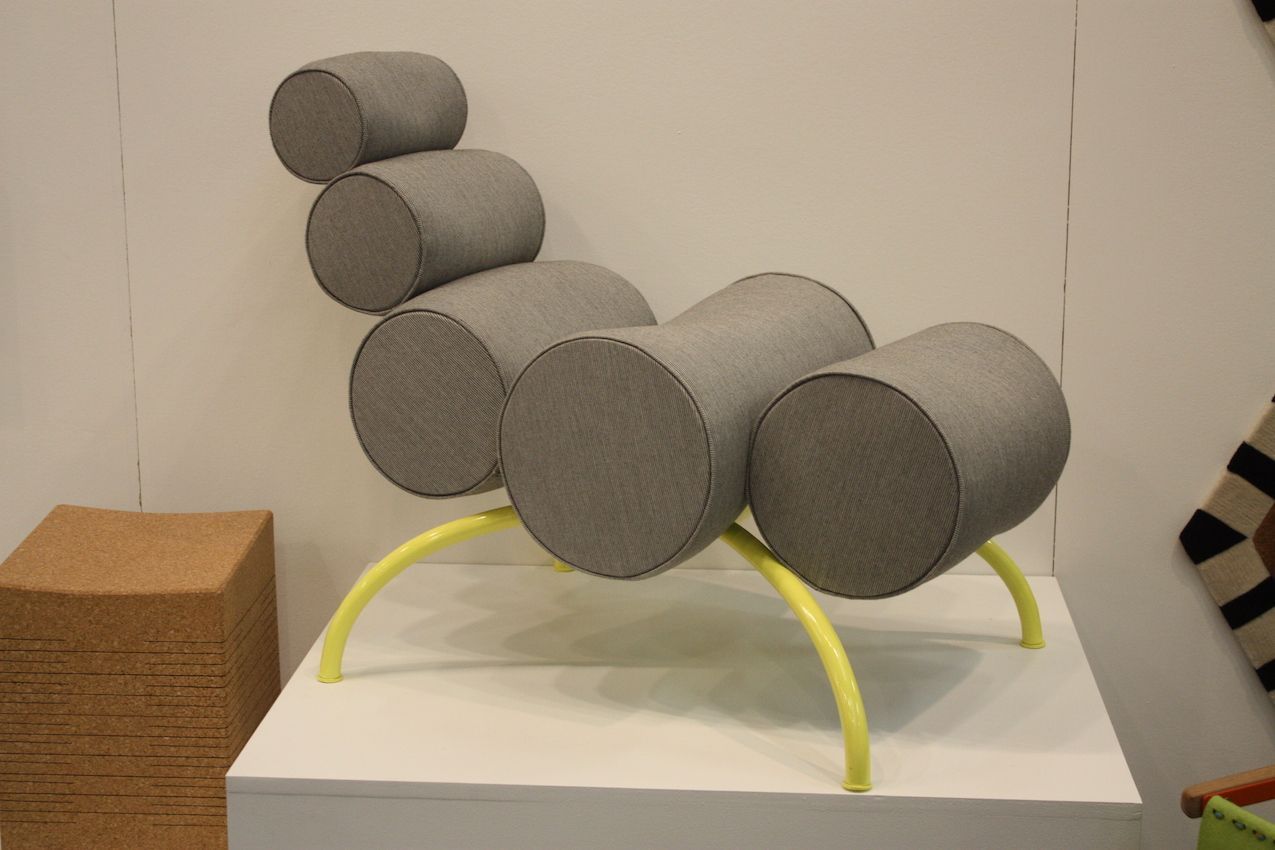 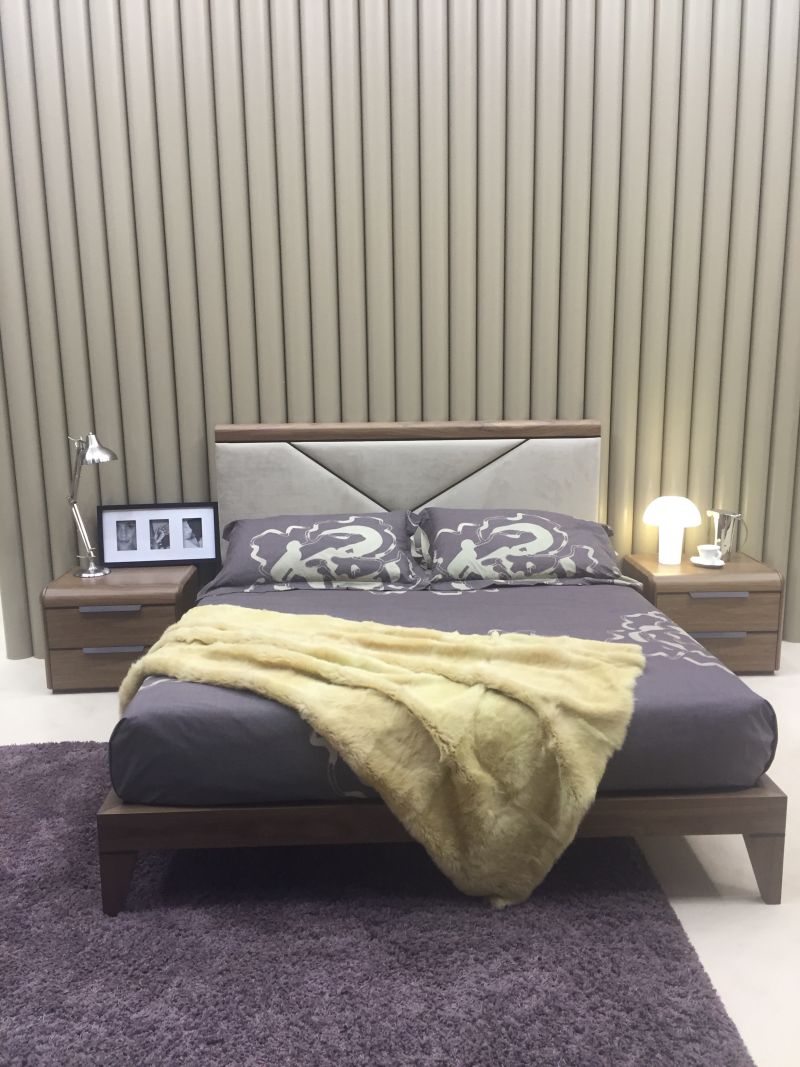 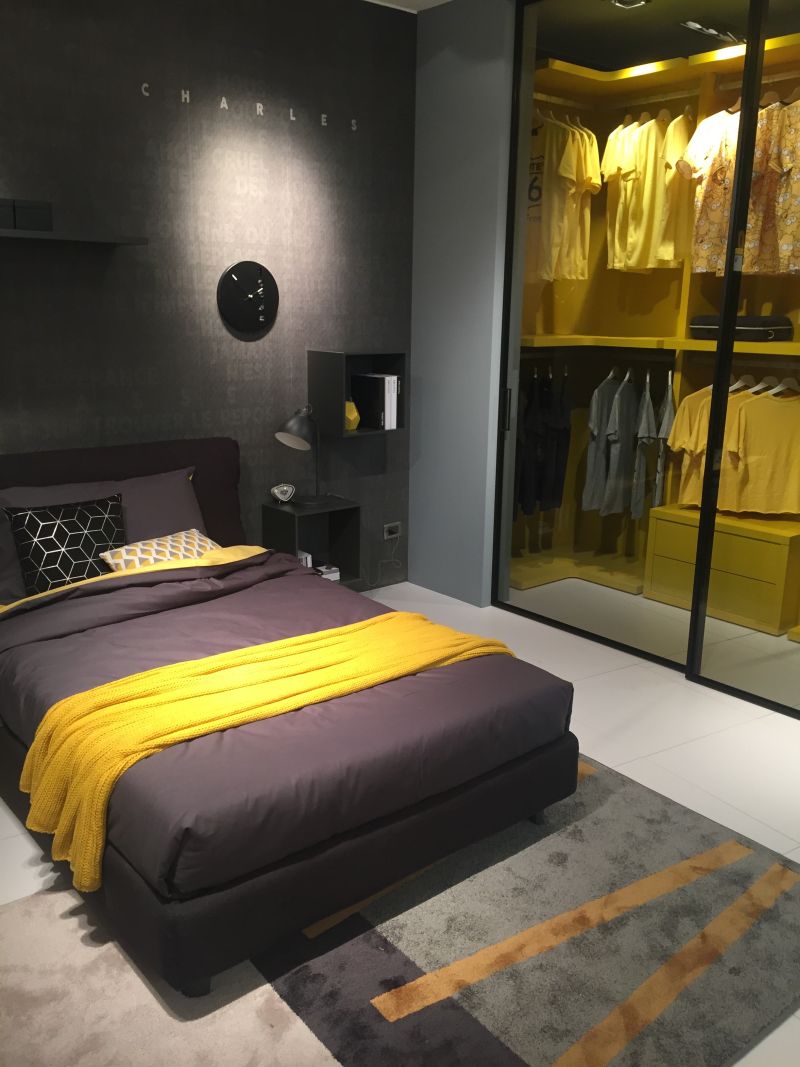 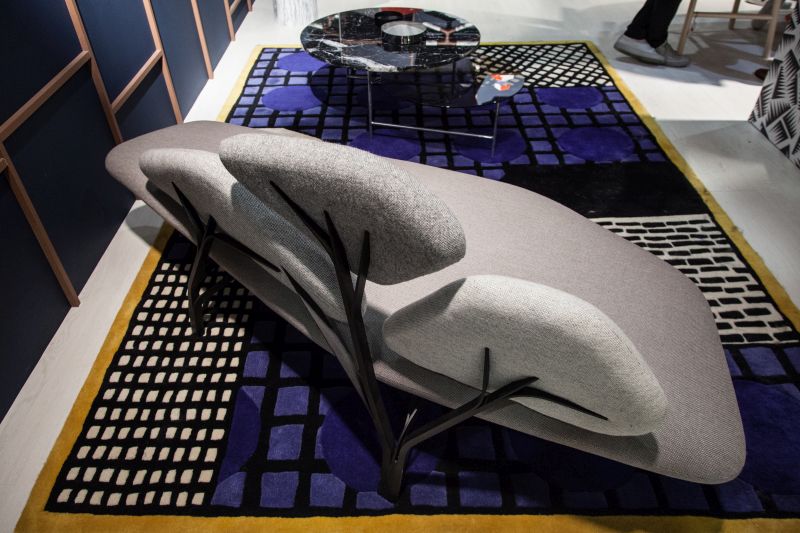 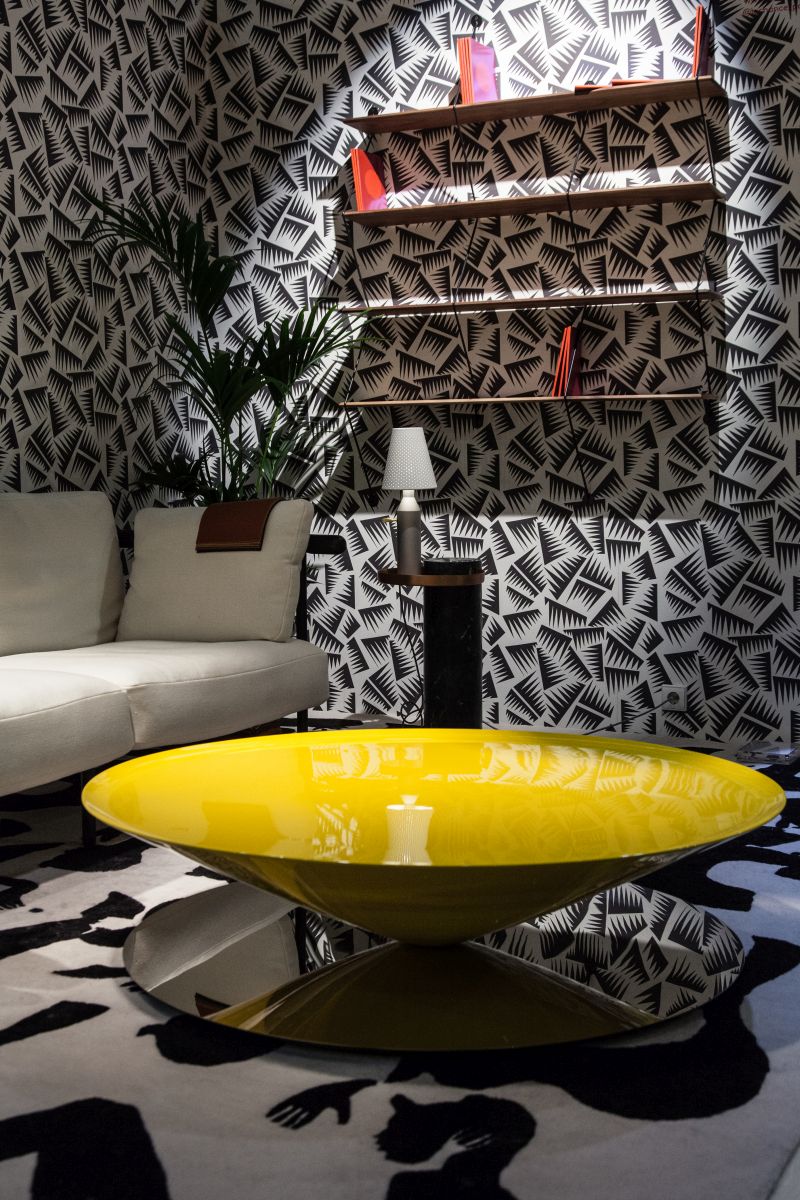 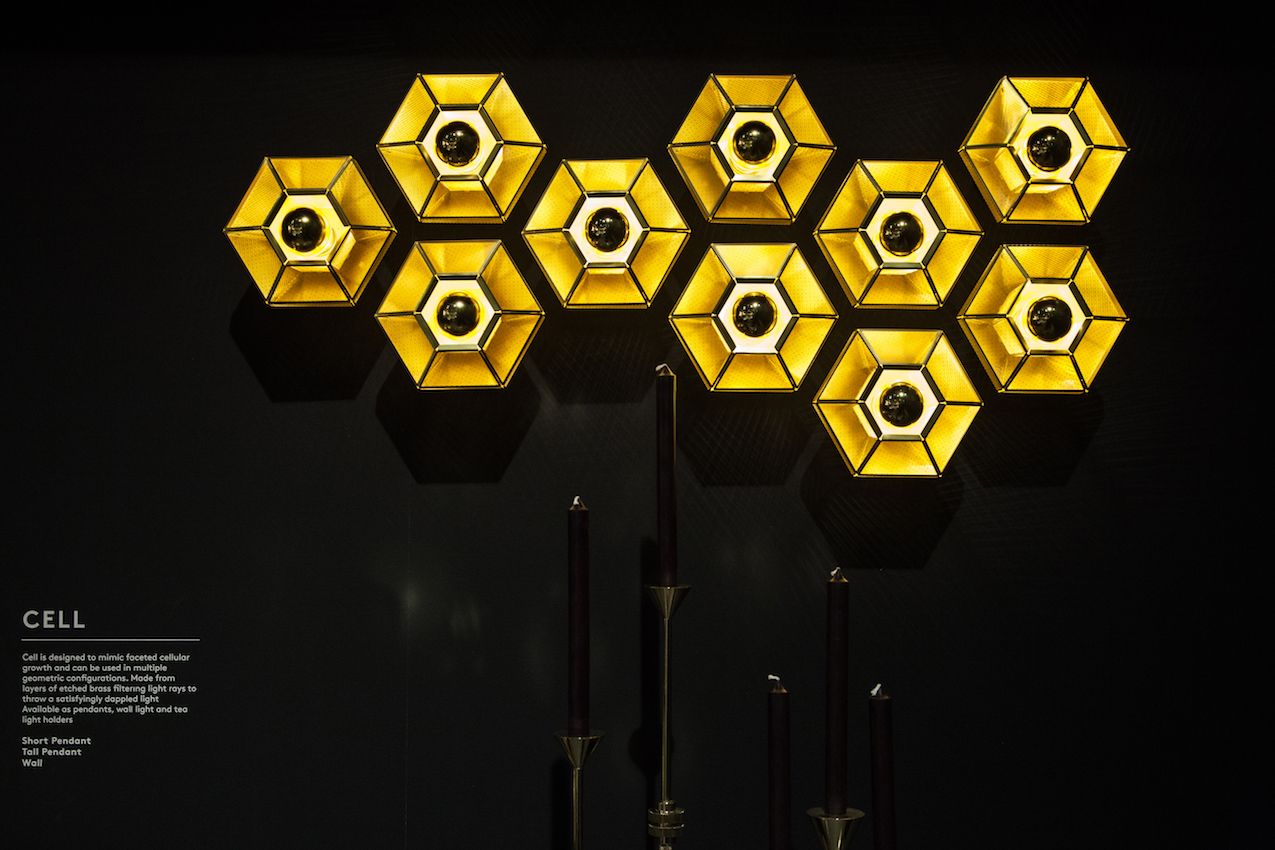 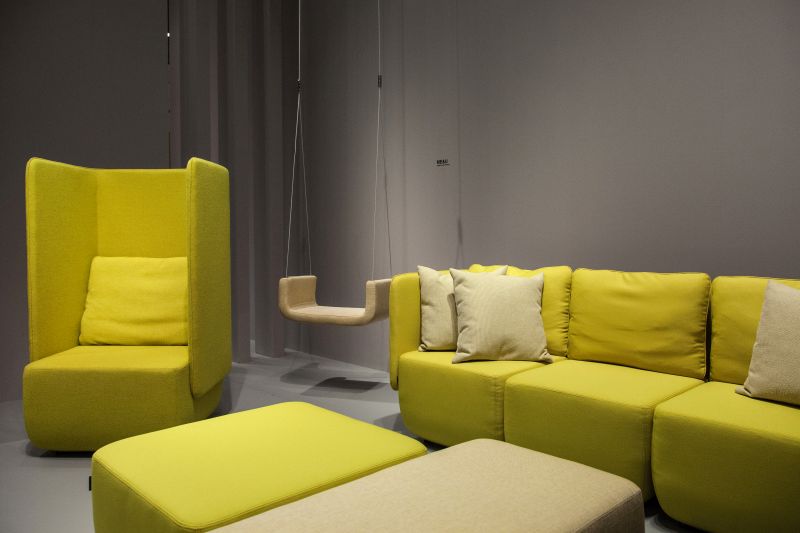 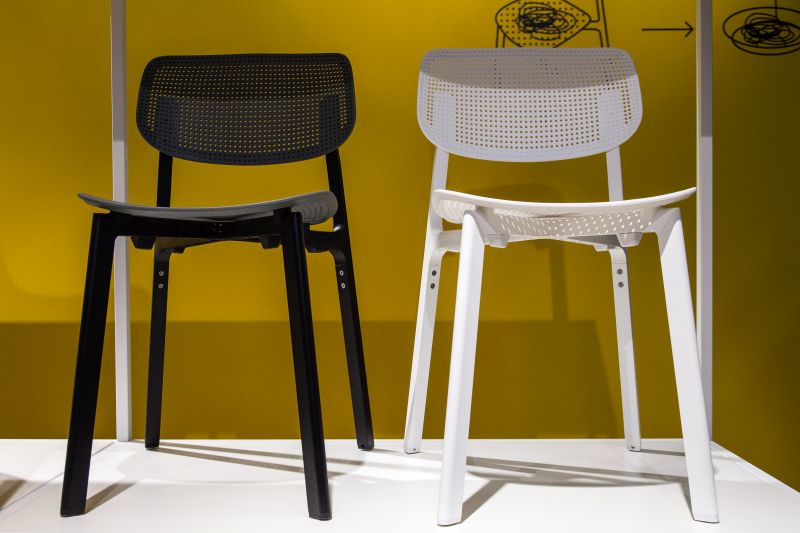 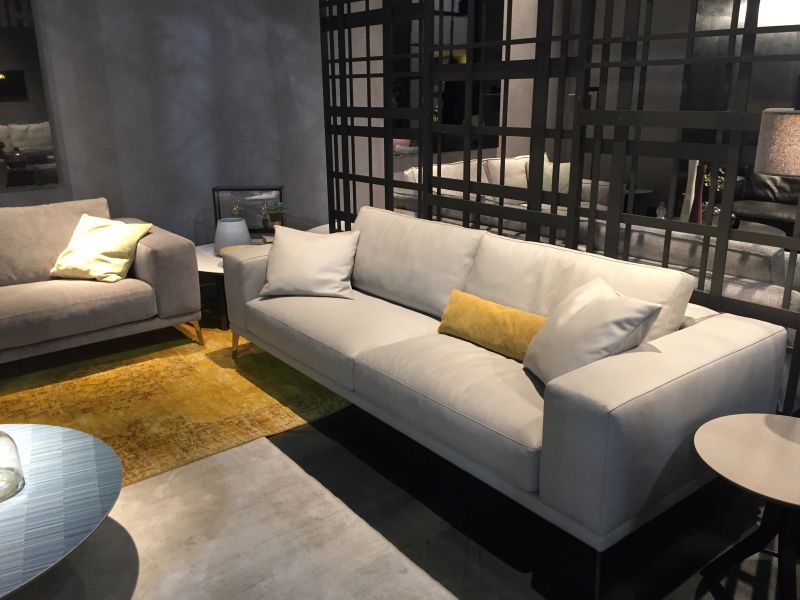 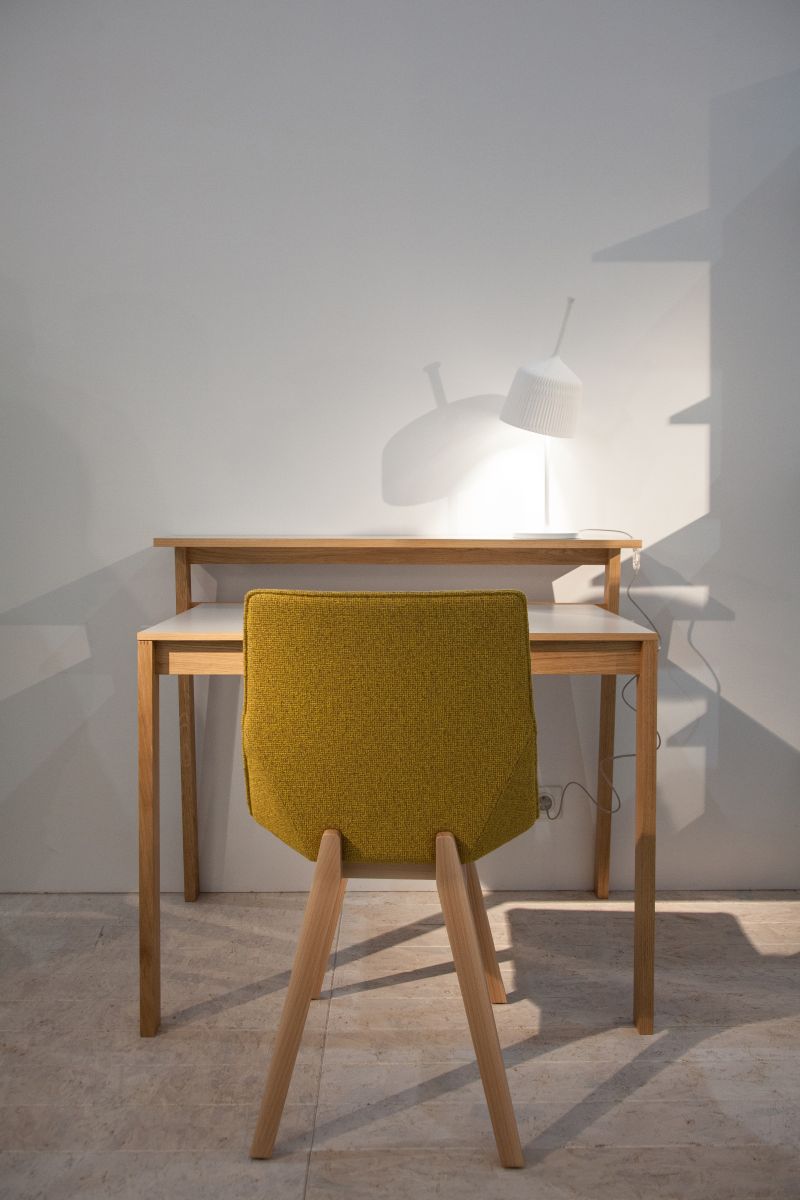 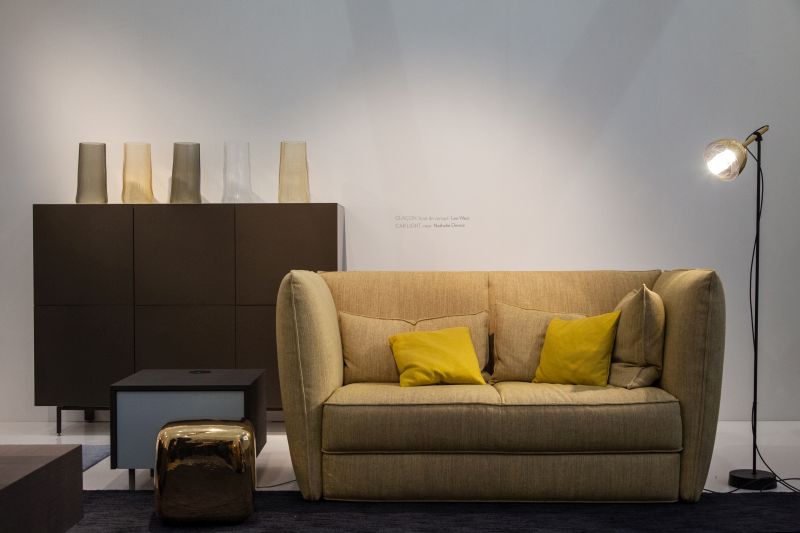 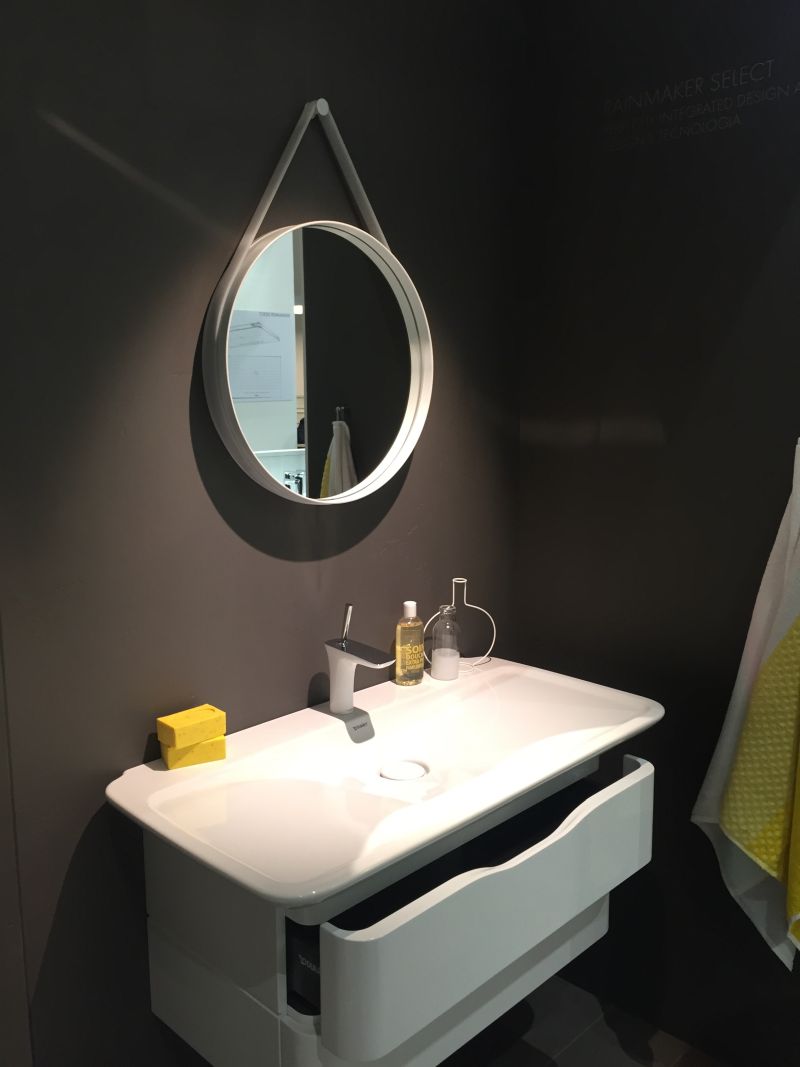 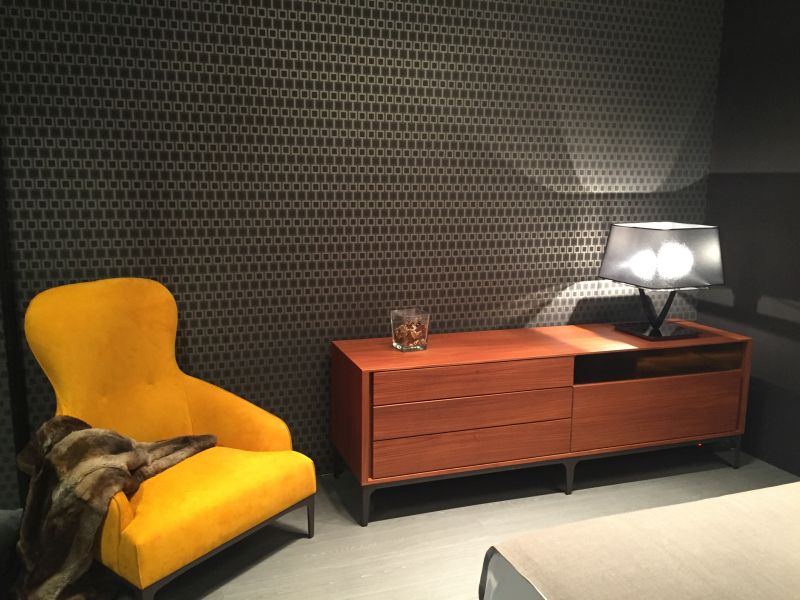 Yellow is considered by many people to be the most cheerful of all the hues in the color spectrum. This stereotypically bright, energetic hue is often associated with happiness, optimism, enlightenment, and creativity, according to Indiana Univeristy. Of course, not all associations with yellow are positive (think cowardice, jaundice, and sulfur). In fact, as the lightest color on the color wheel, yellow is a hue that people either seem to love or hate. so in order to be the most successful in incorporating yellow into your design, you’ll want to know a few basics. Let’s look at some variations of yellow and see how to use them for best effect in home décor.

True yellow is fascinating because of its various (and many!) psychological associations. The color stimulates thinking, communication, and memory. It’s warm and inviting but, conversely, is used for caution. Because of its seeming versatility, one must take care to use the right shade of yellow, in the right combination with other colors and design details. Always remember that, with true yellow, a little goes a long way. A small square of yellow in a room of neutrals will draw immediate attention to that object.

Although there are strong, saturated shades of yellow (such as mustard), dark yellows don’t exist.Mustard yellow is a deep, earthy shade and works well among other organically flavored hues.

In design, yellow can work well as the main color in a space; however, due to its inherent lightness, yellow is more often successfully integrated into a space when it’s paired as an accent to other colors. For a natural, earthy feel, pair amber yellow with lighter wood pieces (and plenty of white to keep things fresh).

A warm, soft tint of yellow, biscotti is friendly and soothing and emits a sense of comfort and ease. Even so, the color certainly perks up (in a very subtle, gentle way) this living room’s somewhat subdued cool palette. Yellow needn’t be jarring to create visual impact.

Golden yellows, such as goldenrod, traditionally bring associations of wealth and royalty. Probably because the color is vibrant and very saturated; it leaves nothing spared visually. When using a color with such depth, keep nearby colors crisp and true. Black and/or white with goldenrod is a stunning combination.

One of the well-loved colors of a modern palette is chartreuse, that urban-cool mix of greeny yellow that makes us think of spring buds or lime rickeys or fall leaves turning from green to yellow. Chartreuse is one of the more eye-catching of even the yellow family, which is saying something. Use it intentionally – in large scales when surrounding colors are neutral and in the same family tone, or in small scales when your space just needs a pick-me-up element.

As an inherently happy color, yellow can produce even the most uplifting of feelings in its brightest tints, such as golden honey. Perhaps because we associate bright colors with the sun and life in general, these have the most capacity for providing visual cheer out of all the colors. Also, when a color is presented in design the way it’s presented in nature (such as honey yellow appearing in honeycomb form cells against a contrasting black wall), the effect is striking.

Globally, yellow provides similar representations, such as sunshine, happiness, and warmth. Many cultures pair yellow with deity and, interestingly, caution and warning. Bright canary yellow provides a vivid pop of color that can bring all of those associations to the forefront. Use it happily and playfully, and it will serve your space well.

While vibrant shades of yellow are like sunshine and lollipops, there are plenty of dingy, almost dirty yellow tones that don’t have that same effect. Butterscotch is a more muted yellow tone that can have this effect. But when paired with crisp, bold colors (such as royal blue) and/or a clearly structured pattern (such as the grids in this rug), the butterscotch plays a mature role in lending some visual gravity – and interesting contrast trim – to the rug.

As you’ve probably gathered by now, yellow is the most visible color in the color spectrum. It’s actually been proven that the human eye processes yellow first, before any other color. (Which is why it’s used for caution and emergency warnings.) A sweet bumblebee yellow provides amazing visuality to a contemporary, dark, clean-lined bedroom, which could run the risk of feeling dark-chamber-ish without the yellow’s buzz. (See what I did there? Bumblebee? Buzz? Bam.)

One of the long-standing myths associated with yellow that we really need to clear up right now is that it causes babies to cry, husbands and wives to fight, and digestive tracts to react badly. What a light yellow tone like parmesan does do in a neutral space is bring in a sense of color without actually screaming, “Hey! I’m colorful! Look at me!” In other words, parmesan yellow can pass as a neutral while still infusing gentle color. That’s not an easy thing to do simultaneously. Bravo, parmesan.

Lighter tints of yellow, probably because they’re just so springy and fresh, tend to bring out feelings of joy, of new beginnings, of intelligence. An excellent design tip when working with light yellows, such as banana, is to mix them with neutral grey, maybe even a little bit of black, for an urban, techy vibe.

To be honest, it can be hard to draw the line between where electric yellow ends and neon green begins. So it’s not a surprise that the effect of such a color (or colors) is all freshness, all the time. It just bespeaks citrus goodness and a zest for life. Please use electric yellow with caution (no pun intended) in your design, though. It’s incredibly potent.

Even more than other colors, yellow tends to attach attributes of nearby colors onto itself. For example, yellow seems to fade when paired with white, and it stands out boldly when set against black. Because of this, the color’s effects are widespread. Pale yellows, such as this shade of straw, can actually become neutrals in contrast with nearby richer, darker colors.

“Yellow is the most luminous of all the colors of the spectrum. It’s the color that captures our attention more than any other color”. Butter yellow is slightly paler than true yellow; when using this and other similar hues, it’s a good idea to pair with other colors that are not too close (as far as color value goes) or they will look drab or washed out. In other words, create enough distinction between a color such as butter yellow and the surrounding colors so the yellow actually holds its own as a color.

Particularly popular during the cooler months of fall and winter, butterscotch is a warm, cozy, inviting shade of yellow. Even with its lovely muted appeal, however, the color can benefit from being paired with a bolder color or two (such as a deep red and/or sapphire) to give it more visual oomph.

In home décor, it’s most common to pair yellow with other darker, deeper neutrals such as navy, charcoal, or ebony, so that the yellow becomes the emphasis. Lemon yellow is one of the most popular yellows to use in this way. In summer, lemon yellow pairs nicely with tangerines and limes (both the colors and the fruits) to create a zesty sort of citrus freshness. In fall and winter, lemon yellow brings immediate aesthetic sunshine to a dark-neutral space.

There are some instances where you’re looking for a striking, energetic color but red or orange are just too much. Rich, bright yellows such as Tuscan sun yellow are an excellent alternative – the color is saturated and perky but not quite as strong or dark as the other common “pops” of color, so a nice balance is struck. Tip: Throw in some blue, yellow’s complementary color, for some ultimate contrast and visual appeal.

Sepia is one of the many colors that resides on the fringes of multiple colors, in this case yellow, red, and brown. It’s certainly one of the deepest shades of yellow and as such lends a sense of history, maturity, and artistry to home décor. Sepia looks especially well in an interior when it’s juxtaposed with other saturated-yet-moody tones, such as the deep ocean-ish color of this wall behind the sepia art.

Gold is a component of the yellow color spectrum that is often excluded because of its metallic nature. The shiny, regal, and luxurious feeling of gold make this part of the yellow family quite sophisticated. Although yellow hues in general react badly when mixed WITH black, they absolutely pop when placed next TO black; gold showcases this capability with perfection.

Kind of like gold’s spunky little sister, brass adds plenty of personality and a chic factor to design without feeling like “yellow.” Particularly in recent years, brass has come to the forefront of prime decorating metals. Just like other yellow tints and tones, brass can create a striking contrast in a space by highlighting specific design elements. Because of this, and for maximum aesthetic impact, you’ll want to use it in moderation.