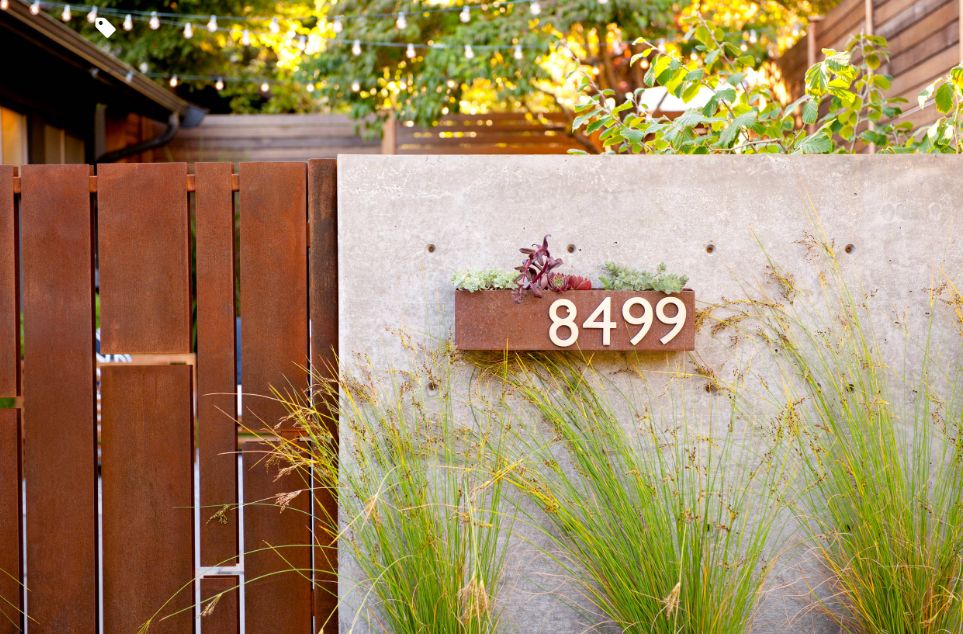 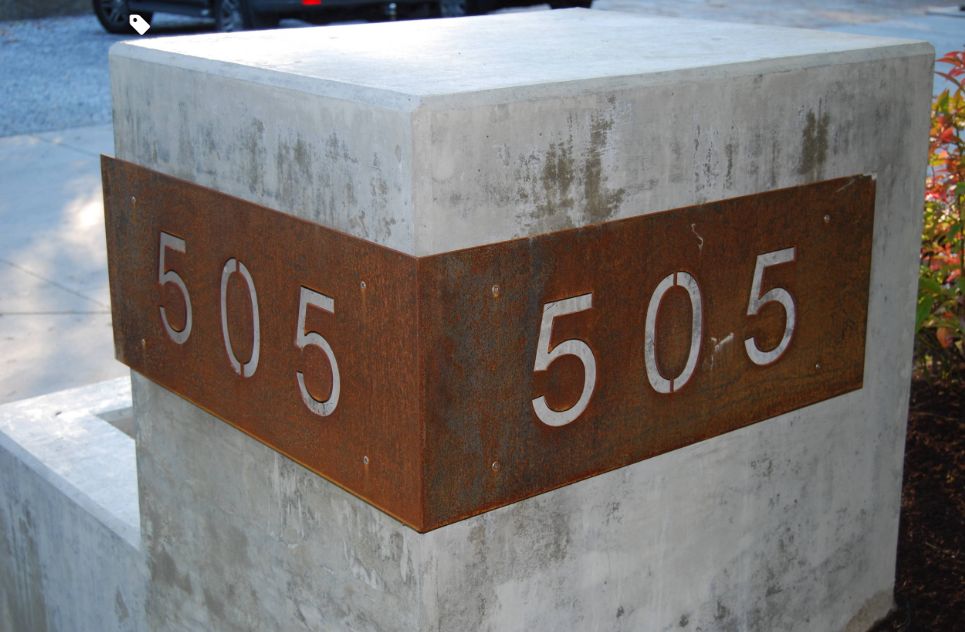 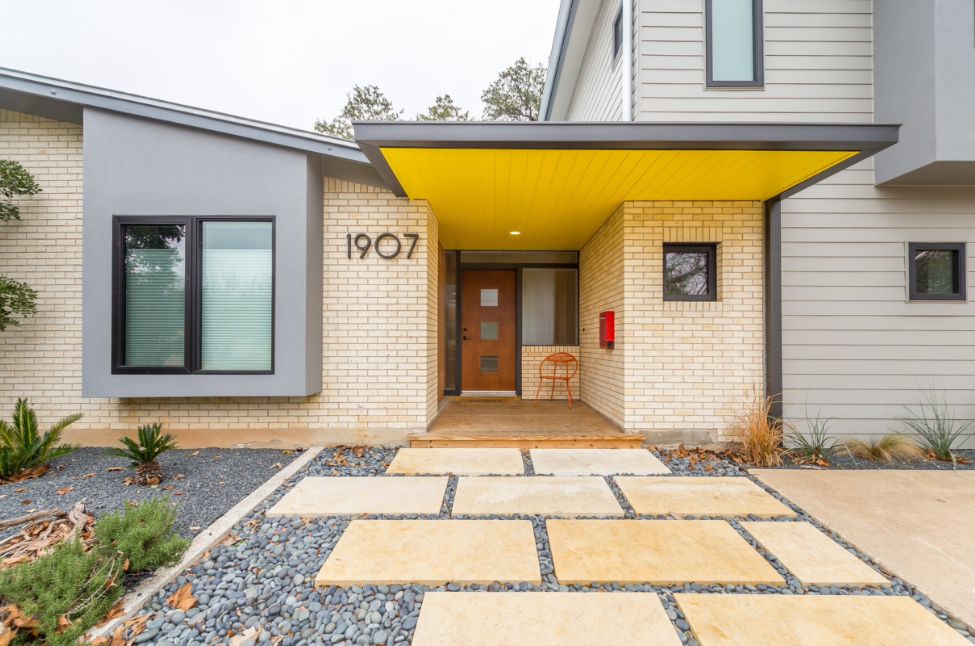 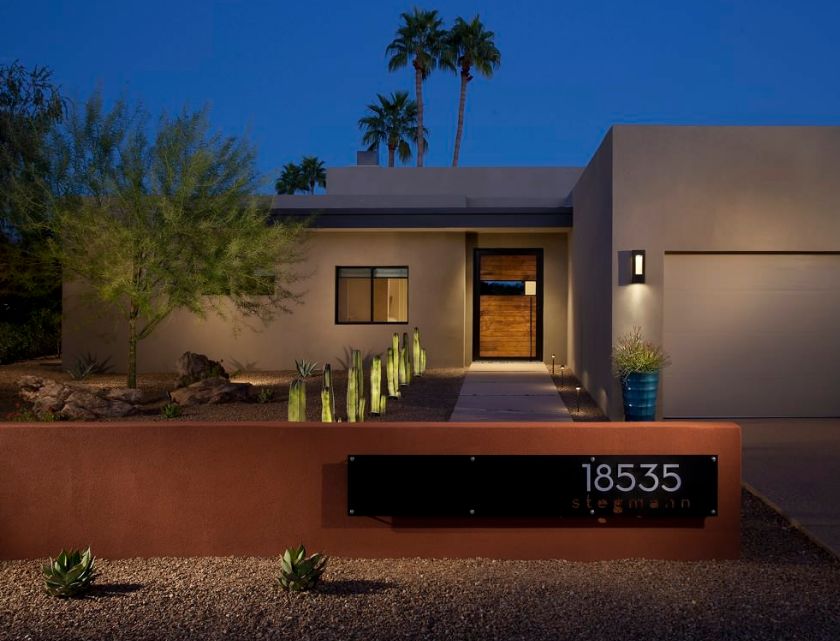 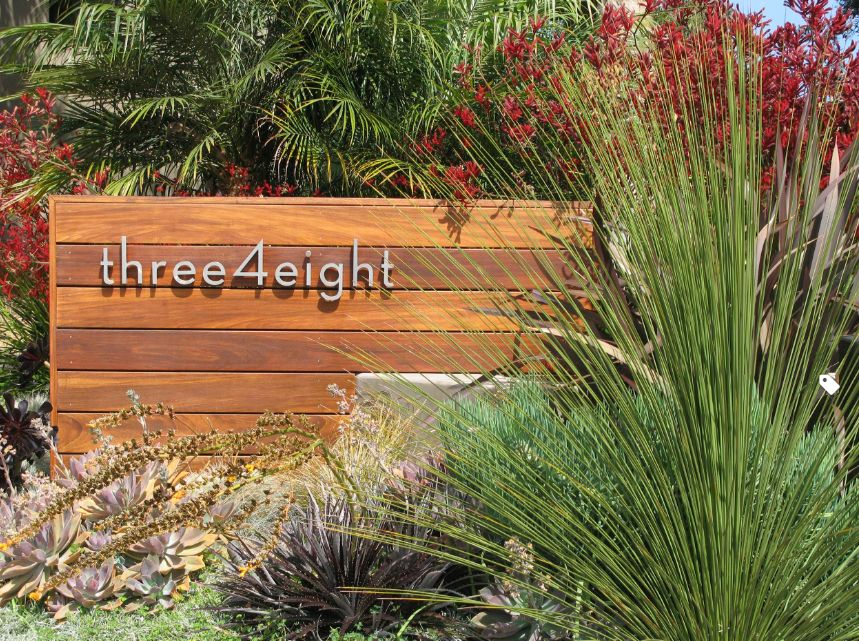 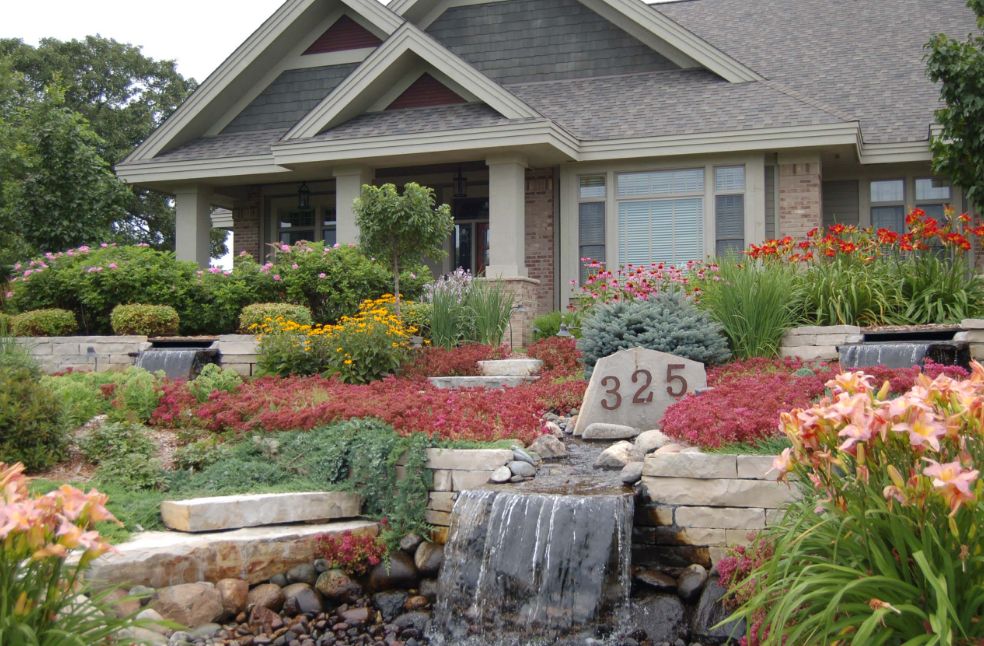 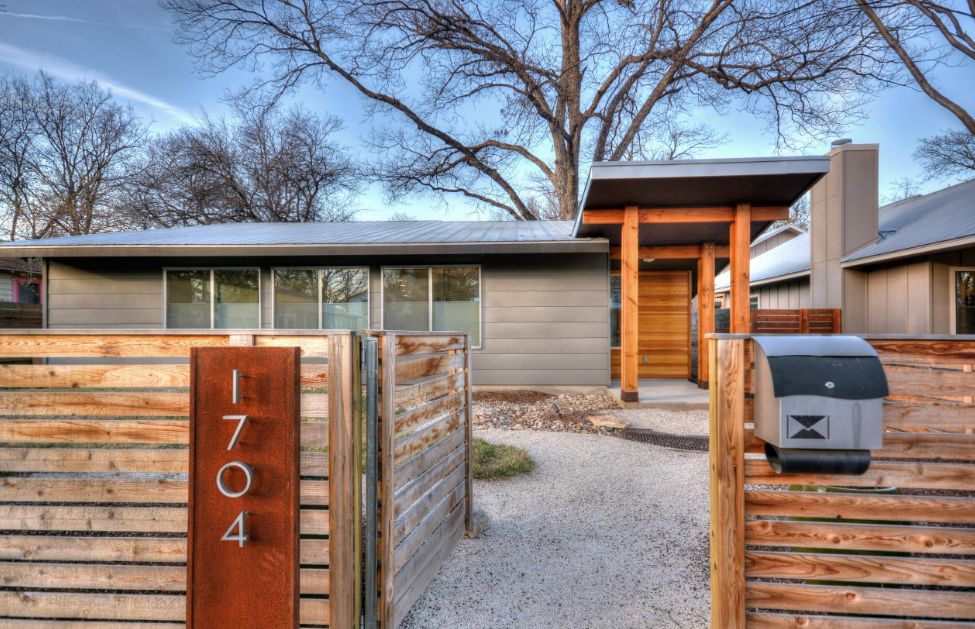 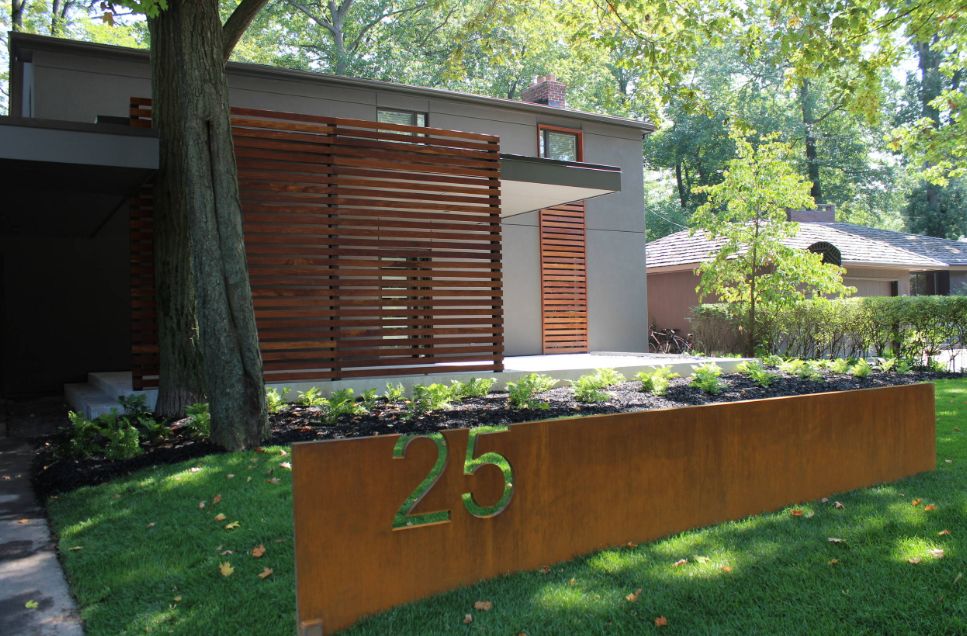 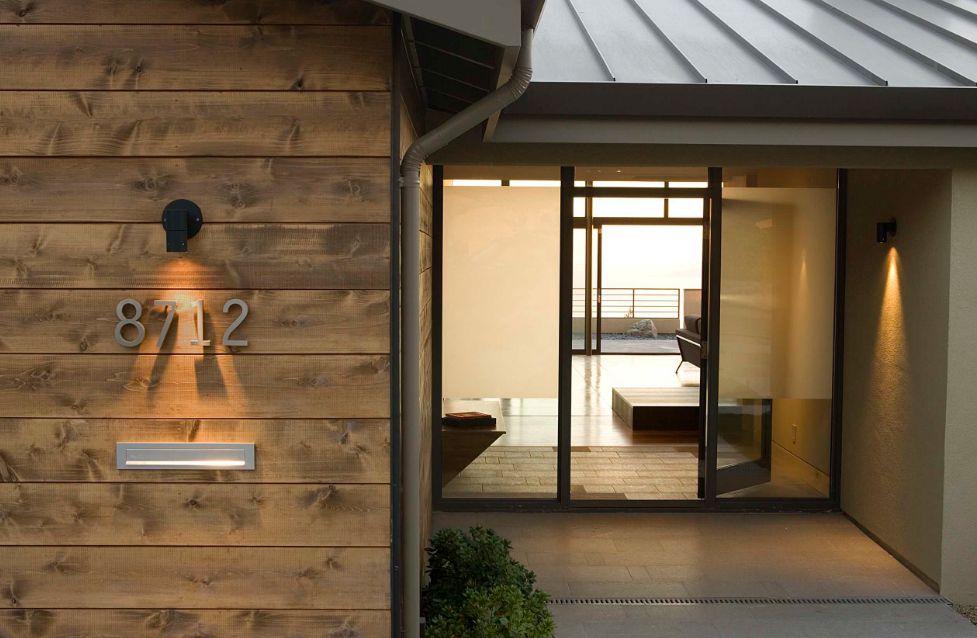 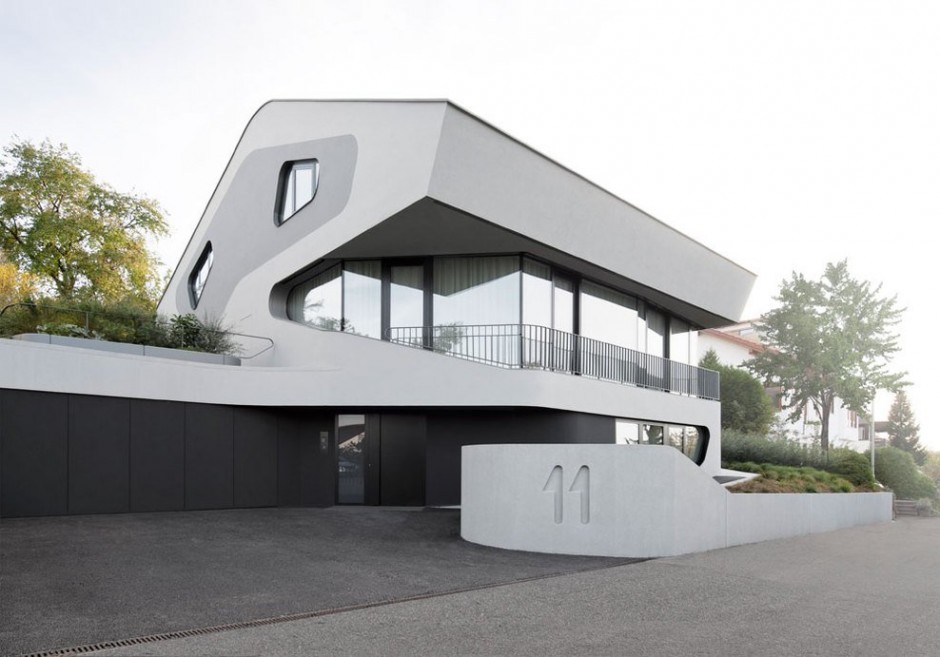 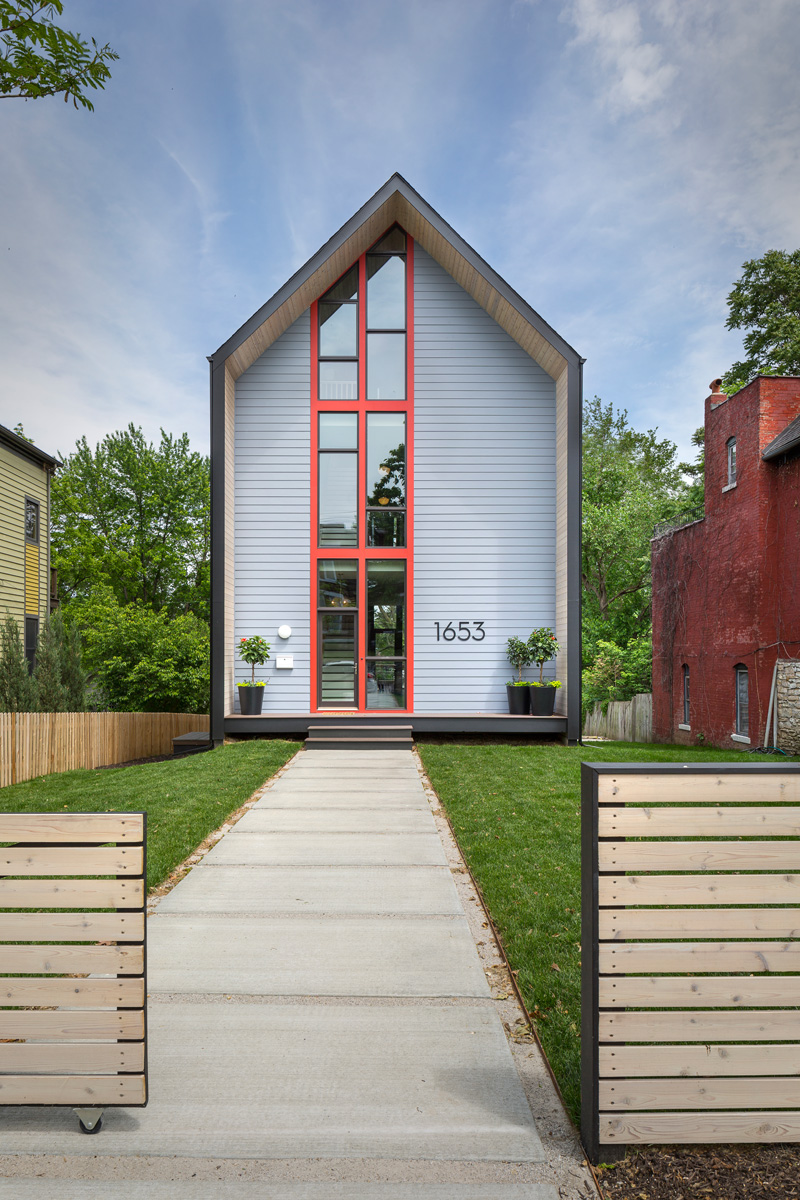 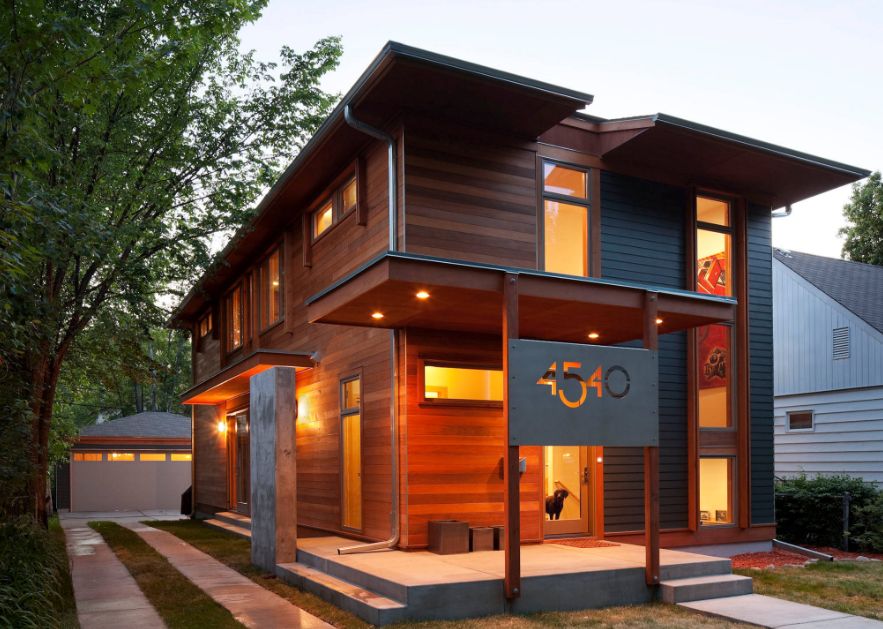 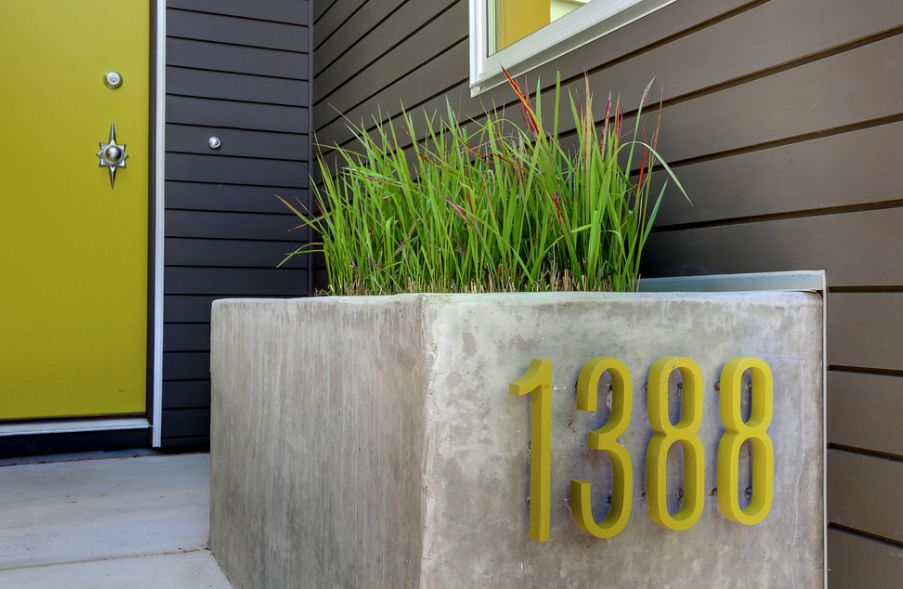 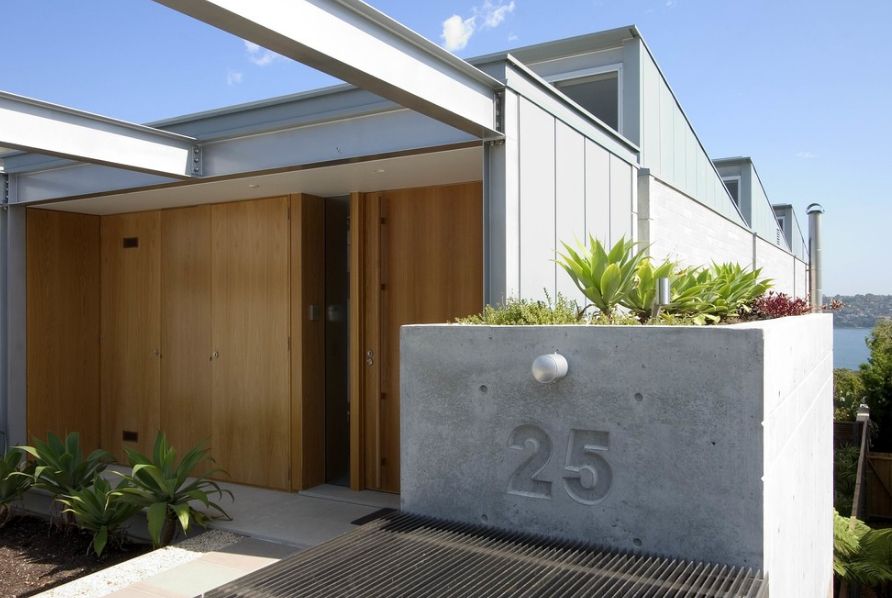 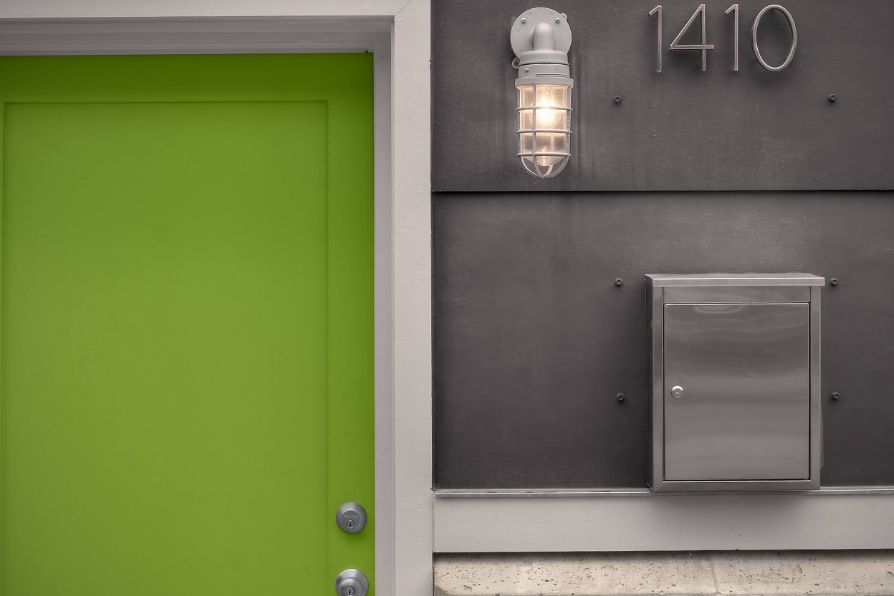 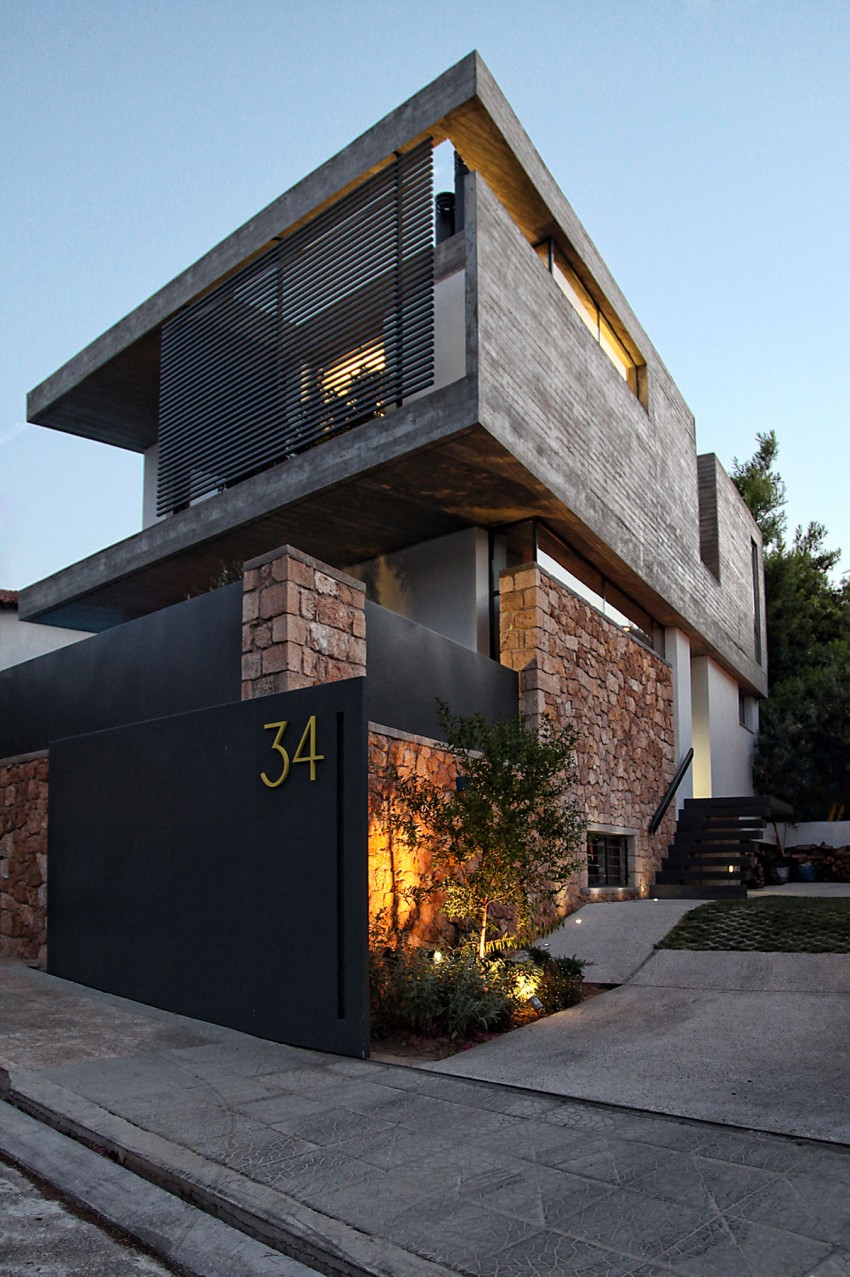 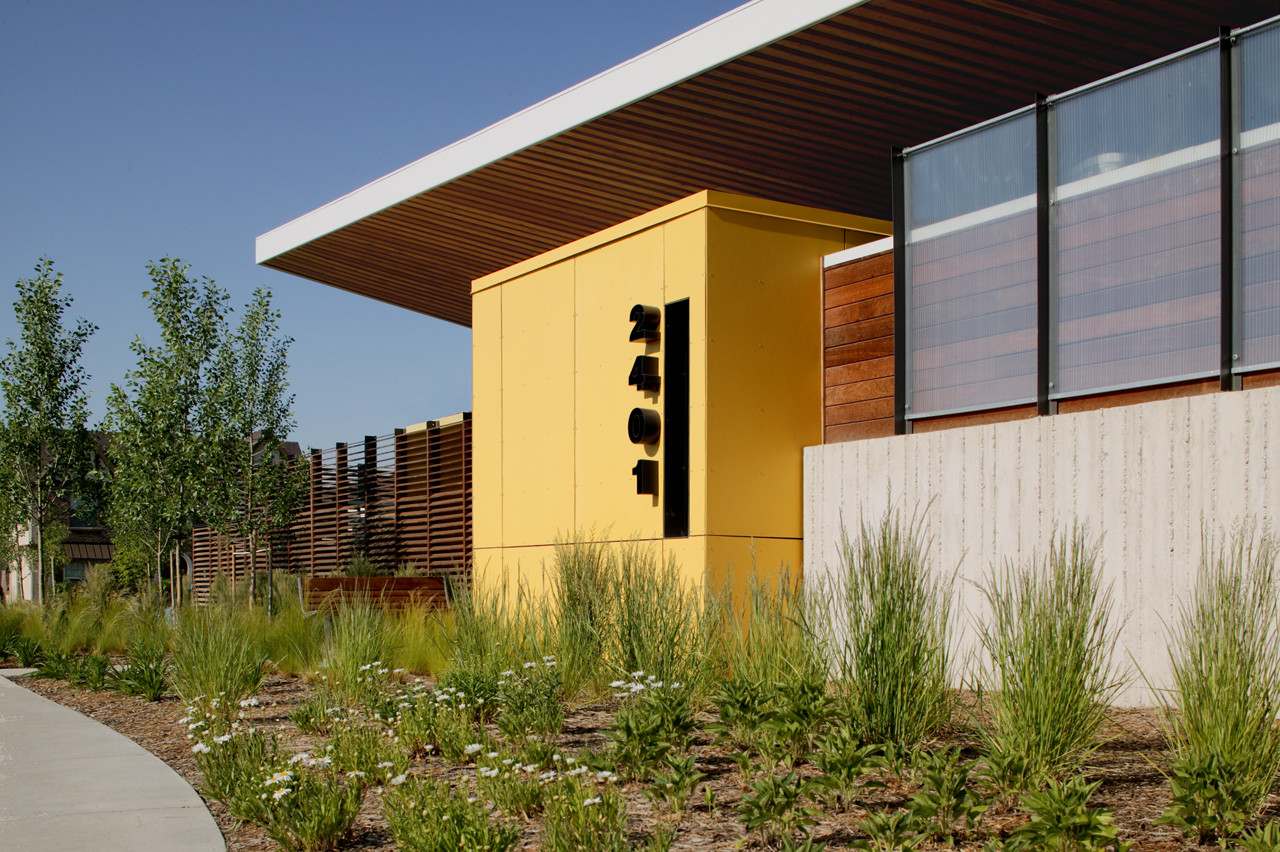 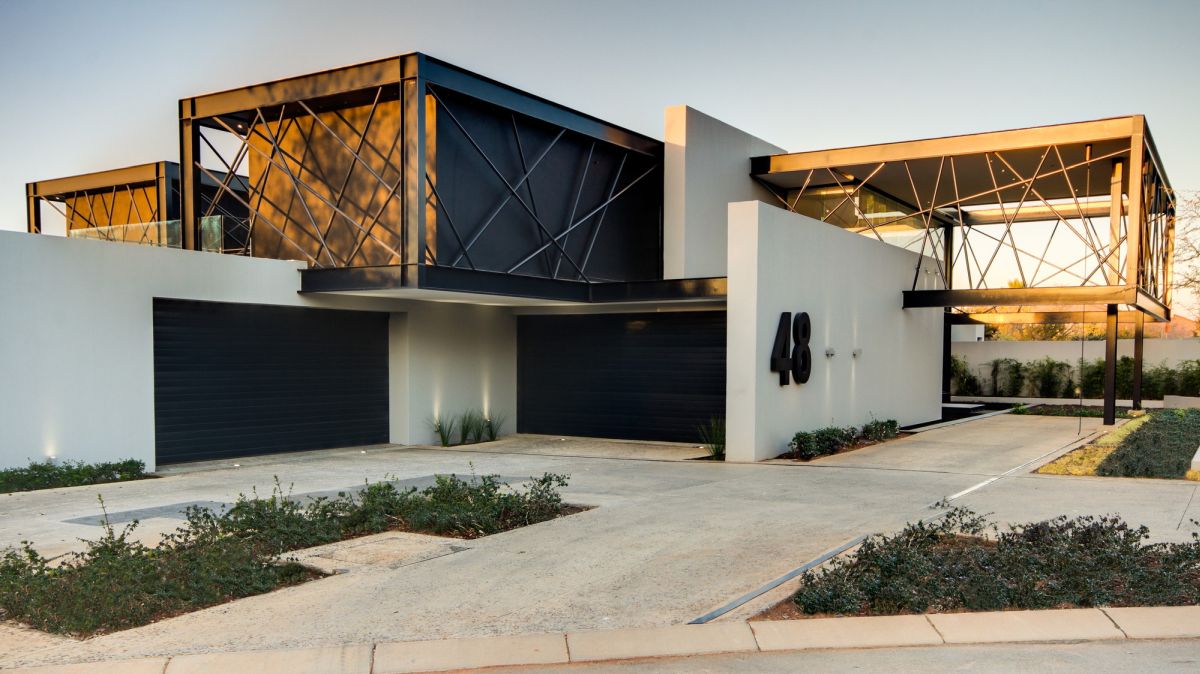 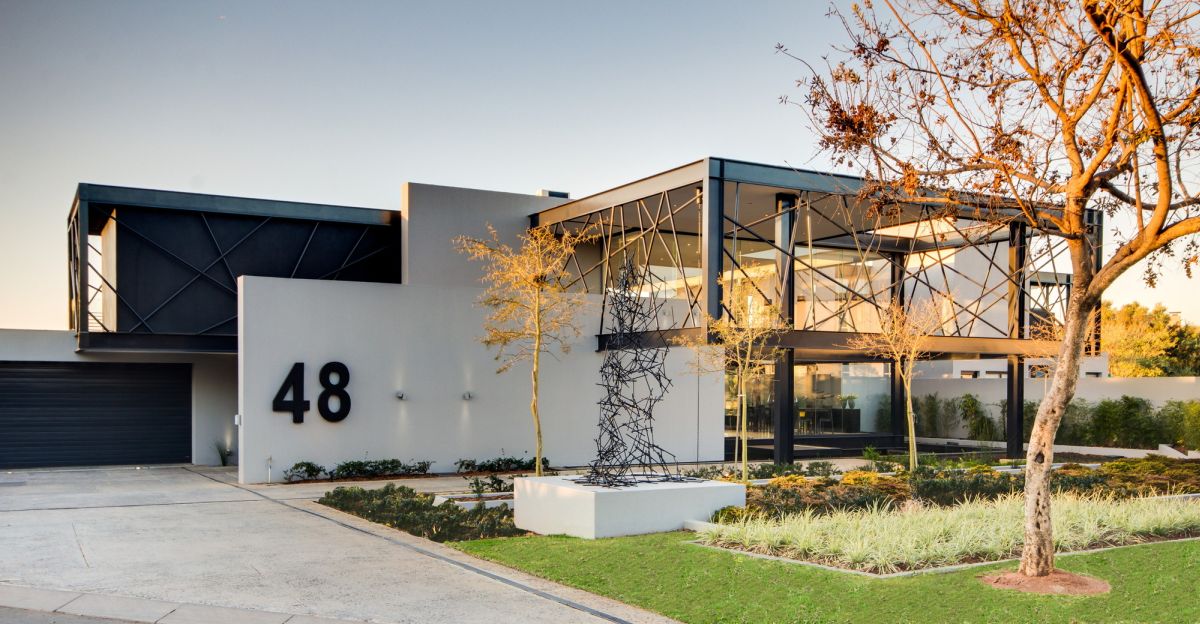 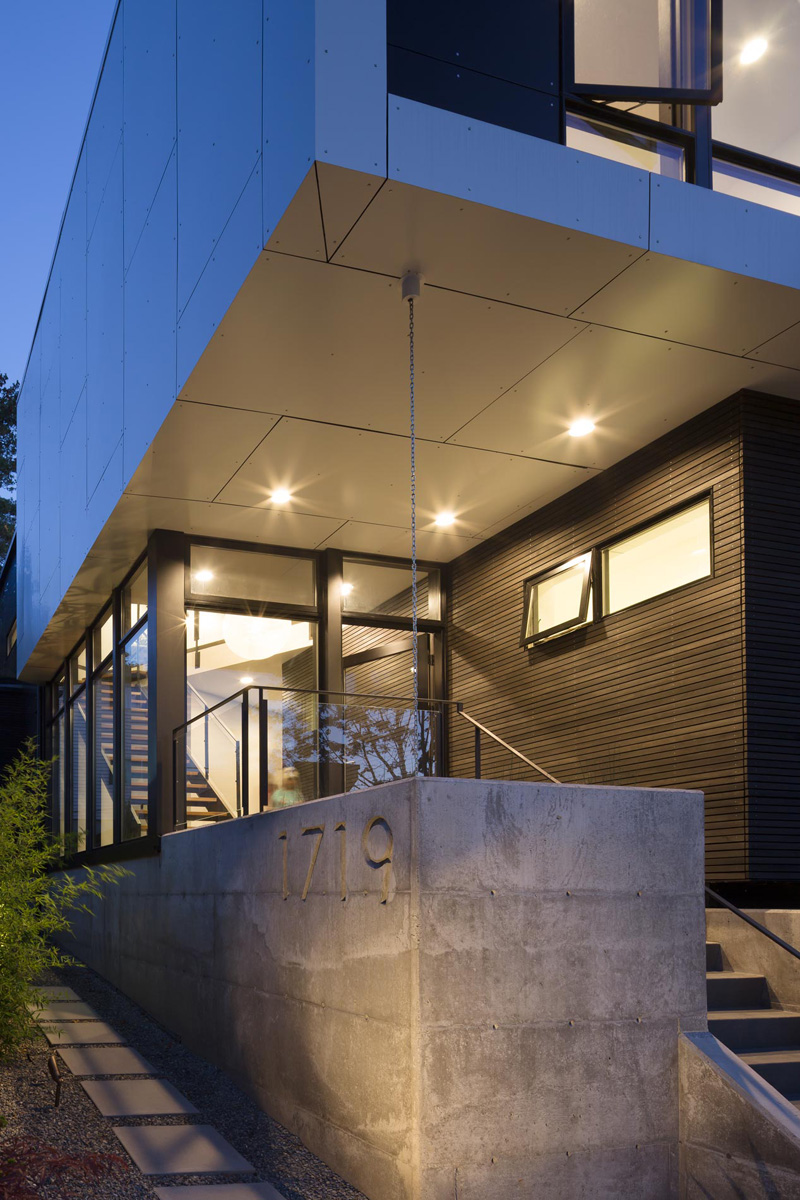 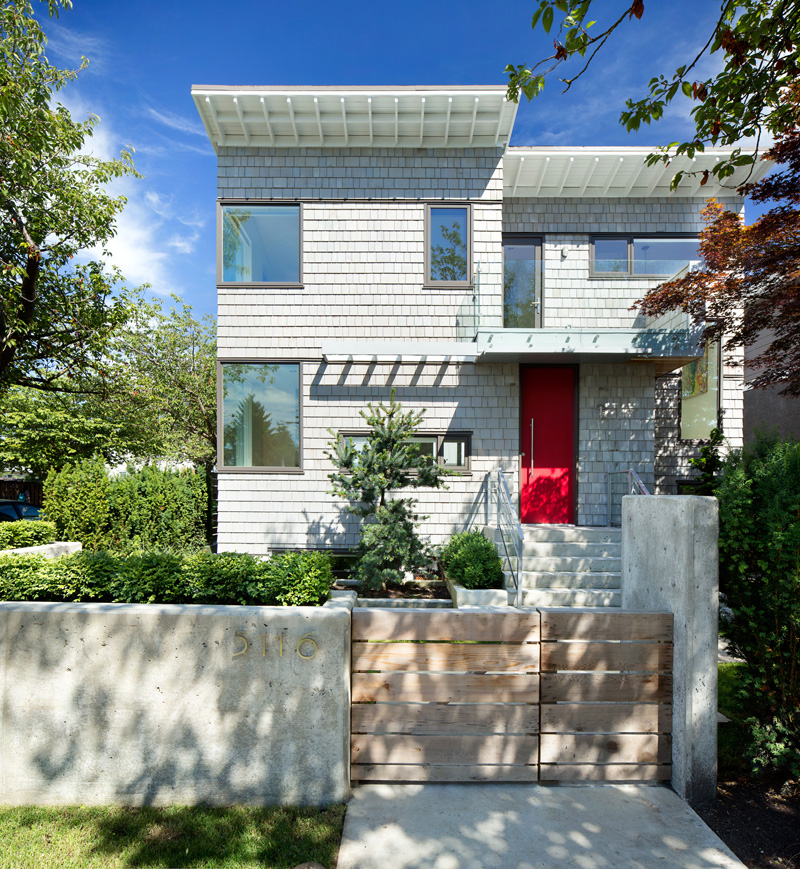 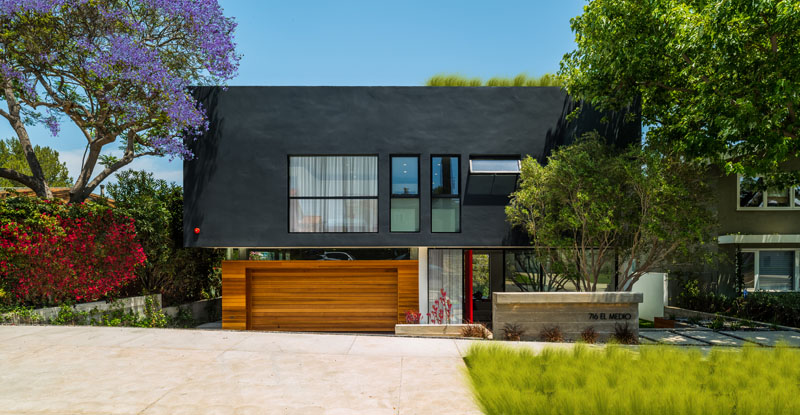 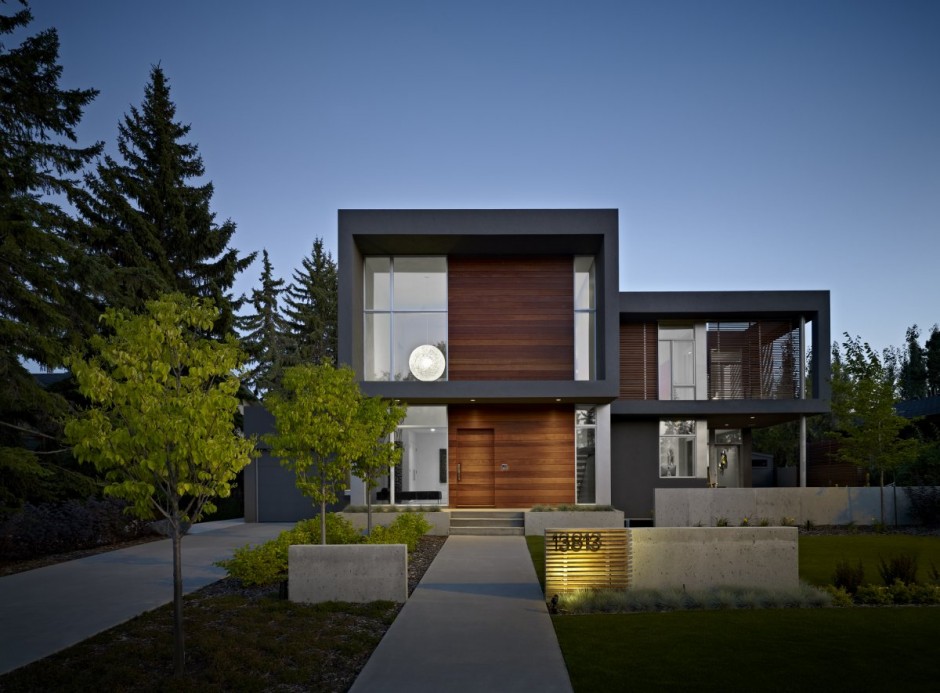 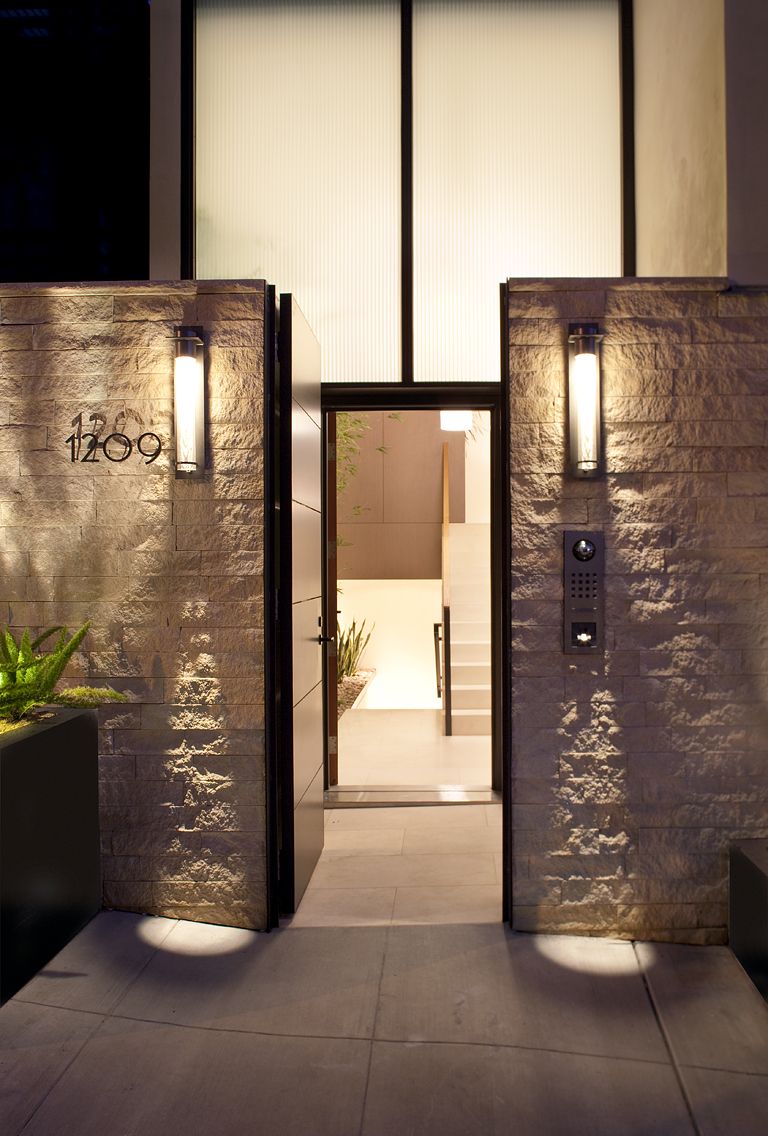 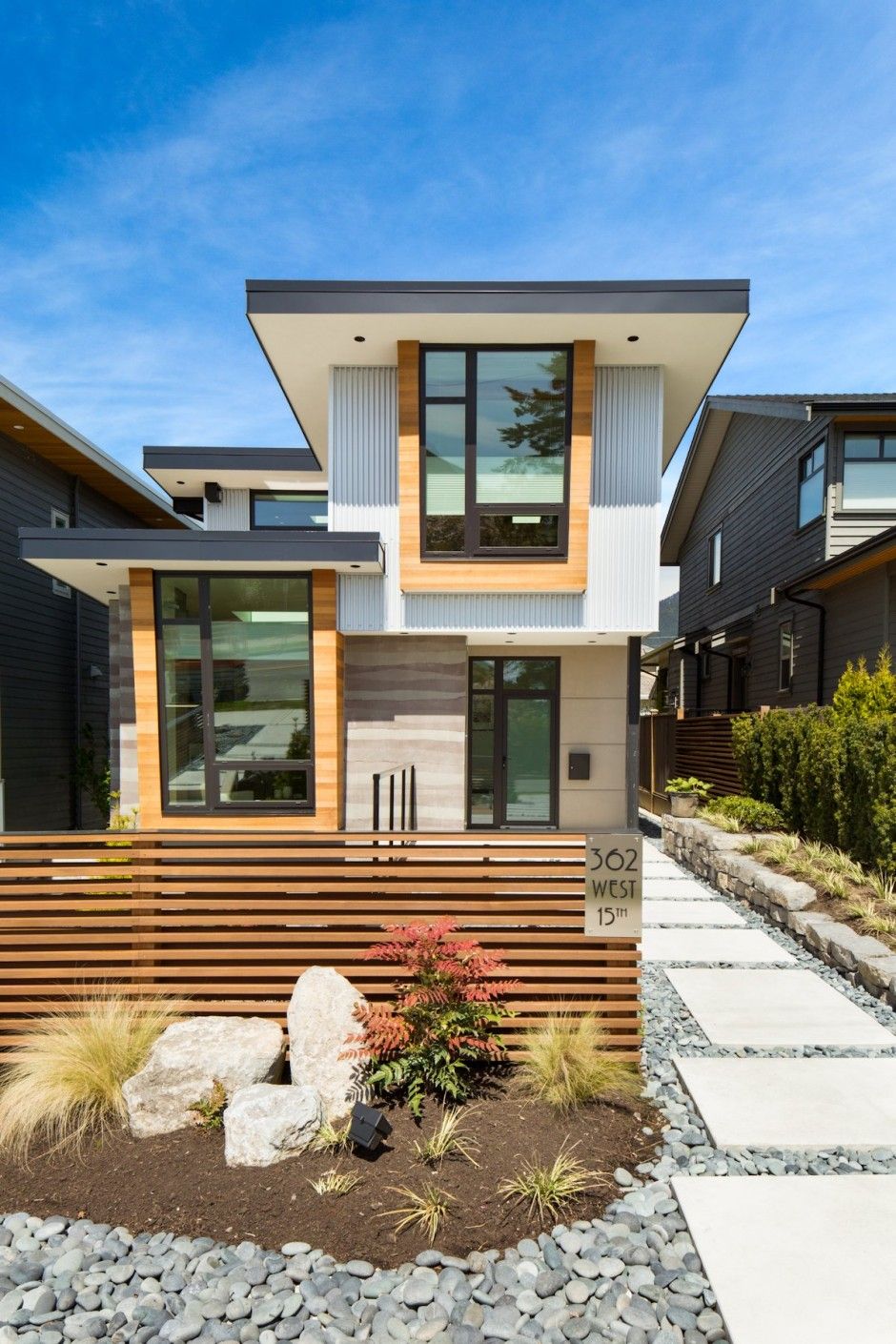 In the process of trying to make houses look beautiful from the outside, a lot of people focus on the big things like the color or finish of the facade or the garden and completely overlook the little details such as the house numbers. They’re important too. In fact, since you have to have them, why not turn them into a cool and stylish decoration for the house? A while ago we showed you how to mount house numbers and today it’s about time we looked at some interesting design ideas.

Ideally, the house number would look nice without standing out more than it has to. We like the simplistic approach showcased here. This is a residence designed by Naikoon Contracting Ltd. in collaboration with studio Kerschbaumer Design. It’s interesting not just because it looks great but also because it actually produced more energy than it consumes.

When choosing the style and design for your house numbers, take into consideration the material, texture and color of the wall on which they’ll be displayed. We like the play of light and shadow and the balance between the minimalism of the numbers and the rich texture of the wall. What we’re describing now is a residence designed by John Maniscalco Architecture in San Francisco.

There are several different strategies to choose from when putting up house numbers. You can either display them next to the front door or some distance away, on a fence of a divider positioned closer to the street. You can find inspiration in the design of the SD House designed by thirdstone inc and Habitat Studio & Workshop in Edmonton, Canada.

Think of the house numbers as the outdoor equivalent of wall art. It’s a feature that should complement its surroundings in a harmonious manner, much like showed here by hu mn lab,+inc, The studio designed this residence in Los Angeles with great attention to detail but also by focusing on the big picture.

You can easily overlook the house number of this residence in Vancouver, Canada even though it’s quite big and noticeable. We actually like that about it. The numbers don’t stand out yet if you’re looking for them you can’t miss them. This lovely house was designed by architect Randy Bens.

A similar strategy was used here. The numbers almost blend in completely yet they’re big and bold enough to be seen with ease. It’s one of the many beautiful details about this modern house which was designed by Stephenson Design Collective and which is located in Seattle, Washington.

Quite the opposite can be said about the house that Nico van der Meulen Architects designed in 2012 in Johannesburg, South Africa. Just look how big that 48 is. The big, bold and black numbers give the white wall a playful look and become the first thing anyone sees when looking at the house.

This residence in Denver has pretty big and bold house numbers too. They’re displayed vertically on the wall and highlighted with a side line. The black stands out on the yellow backdrop but also by contrast with the greenery and everything else around them. The house was a project by Semple Brown Design.

Because the wall/gate of this house in Athens, Greece is black, the strategy for the house numbers had to be different. The color chosen is an elegant shade of golden yellow which in combination with the slender font looks refined and right to the point. The house was designed by WoARCHITECTS.

If you don’t mind your house numbers being permanent, you could have them carved out into a wall, kind of like these ones which have been imprinted into the concrete using a mold. Sure, you won’t be able to replace them any time soon but then again why would you? Also, there’s another cool thing about this house designed by Porebski Architects and it has to do with this planter wall.

Remember that contemporary house that had a green front door? Well, here’s one with a yellow door and it has matching house numbers placed on a concrete planter. It’s a nice way of connecting the planter to the house and of giving the property more curb appeal.

Sa La Architects found an interesting and original way of integrating the house numbers into the design of this residence. Instead of being displayed by the front door or on a planter, the numbers are carved out into a panel attached to a sort of exterior doorway that frames the actual entrance.

This house in Kansas, Missouri shows that simplicity means beauty and that minimalism is not boring but actually very intriguing. This house was designed by Studio Build and there’s nothing boring about it. Although the color palette is limited to light gray, wood and a bit of red and black, if you add to that all the green that surrounds the house you get a rich combo. We like the red trim around the windows and the black house numbers in particular.

How would you integrate something as traditional as the house numbers into the design of a futuristic-looking home? It would have to be done seamlessly and the whole design would have to be in sync. In the case of the OLS House designed by J.Mayer H. Architects, the house number is casually embedded into one of the walls of the concrete planter. It looks like it belongs there.

To make your house number for visible, you can literally put the spotlight on it. This is a strategy which you can also use whenever you want to highlight something such as an art piece, the texture on a wall or a decoration. ODS Architecture gave this house plenty of things worthy of being highlighted in this manner.

Personally I find the fact that these numbers are cut at the top to be quite annoying and yet I can see why this can be viewed as a simple and quirky way of turning something very basic and often overlooked into something interesting and worthy of a discussion. Further more, the weathered steel sheet make this whole feature that much more intriguing. It’s a design by ForestGreen.

Slender and polished house numbers displayed on a rusty sheet attached to a wooden fence…it doesn’t sound like much but, as Levy Kohlhaas Architecture shows us here, this can be the small detail that completes the design of a house in a way that’s not modest but not opulent either.

Seamlessly integrating the house number into the garden landscape is a pretty cool idea. You can see here how it could all turn out. Of course, you’d need to have a garden and it would have to be decorated with things like stones and boulders so that the carved out numbers can look almost natural in the setting.

What if you were to write your house number using letters or a combination of numbers and letters? That would surely be an original touch and a great way to make your house stand out from the rest. This might even turn it into a landmark.

Another elegant idea is to have a custom panel designed to showcase your house’s number and maybe even some other details about the address or a name. Check out a potential design on the Stegmann Residence by Identity Construction.

Sometimes the simplest approach is also the best one. If you feel like your house’s facade is already pretty diverse and balanced in terms of materials, colors and. finishes, keep the number simple and don’t overthink its design or placement. Check out this house designed by Chris Cobb Architecture for inspiration.

In case you haven’t noticed just yet, weathered steel is pretty popular these days. It looks really good in combination with concrete. This address block shows how you can work with these materials to make something creative and interesting. It’s something that Shwa designed as one of their projects.

Just in case you weren’t convinced, here’s another example of weathered steel on concrete. This time the house number is attached to a small planter box that’s mounted to a concrete wall. the box matches the fence to its left and looks pretty cute thanks to the combination of colors.